The educational project of the Súnion School is based on three main principles: a sense of respect, the capacity for self-concentration, and the constitution of a community. These three baselines are translated, on the one hand, into a visual connection between the various built volumes and, on the other hand, into maximum transparency between the various workspaces: classrooms, seminar rooms (for working in small groups), and offices. 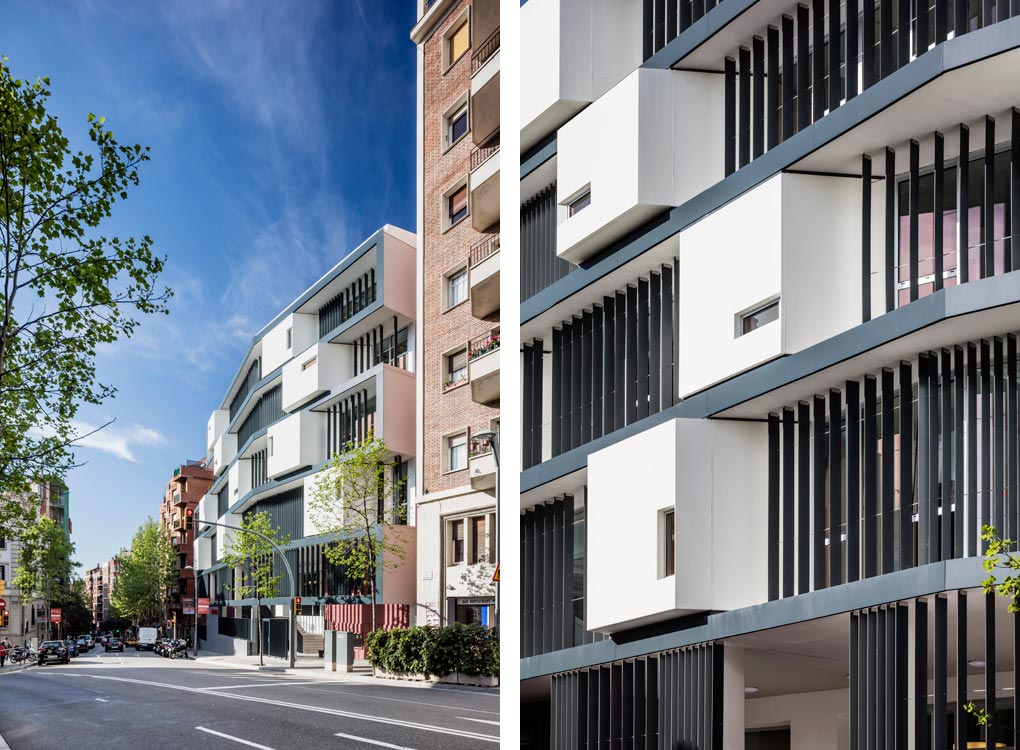 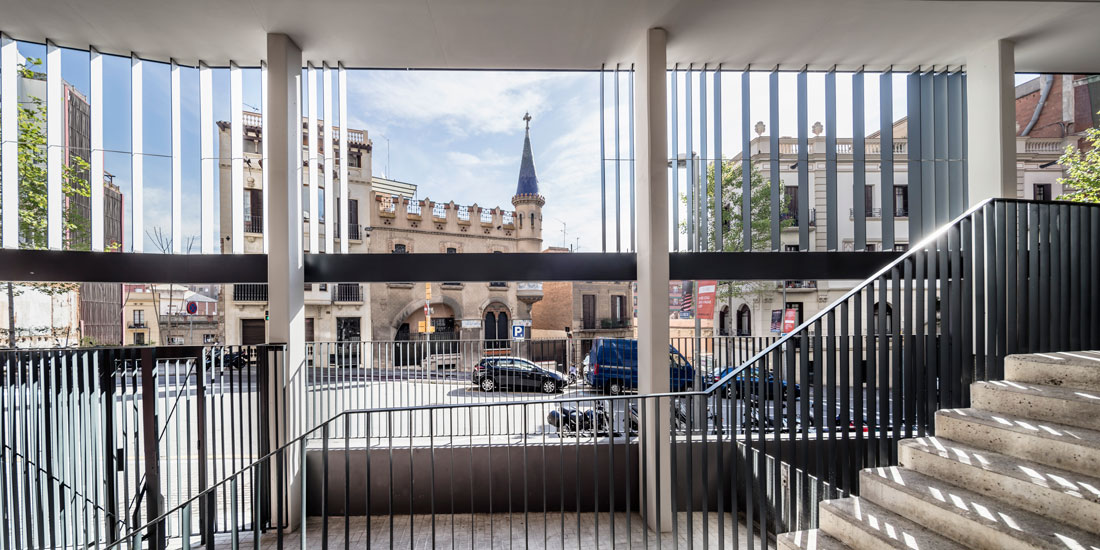 An operational principle based on a corridor/cupboard pairing organizes the circulation spaces. On every floor, there are wooden boxes facing the street, designed as areas for informal exchange between students. This driving idea behind the project – active circulation areas combined with areas for exchange – serves as the backbone for a dynamic proposal, enriching the school and favoring the spaces of contact which are placed around it. At the same time, the desire to provide every floor with a specific point for interrelation and information exchange between the students and teachers generates a distribution that is organized around a central compact core, made up of seminar rooms and offices. 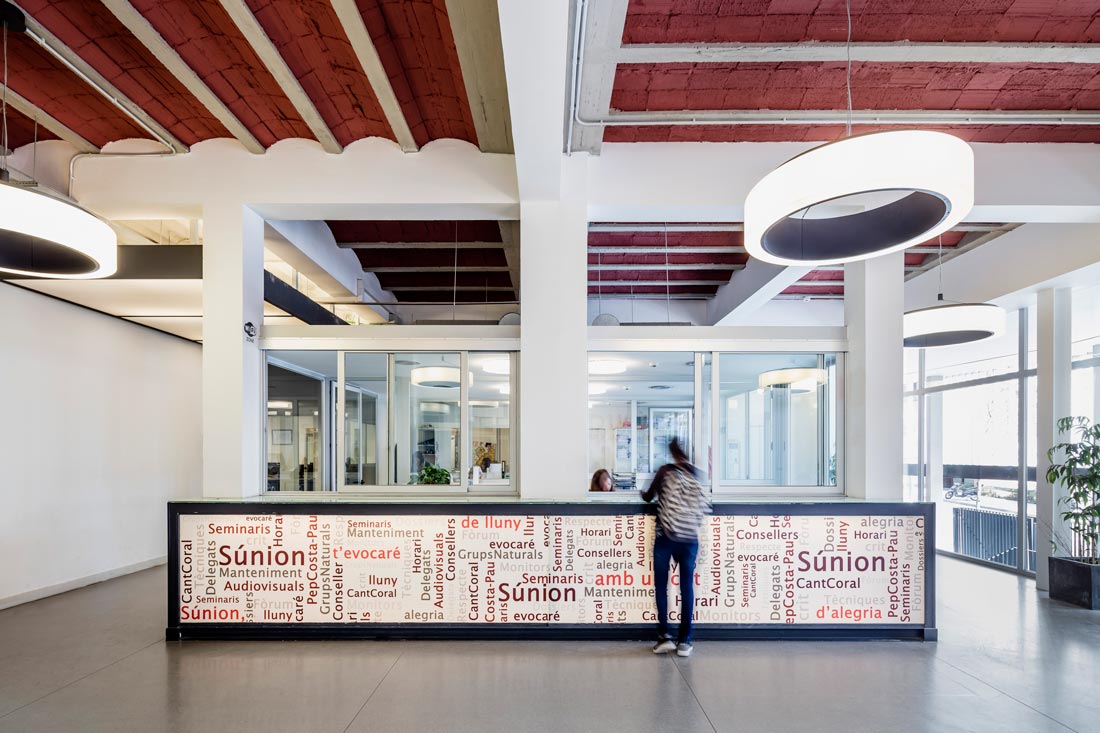 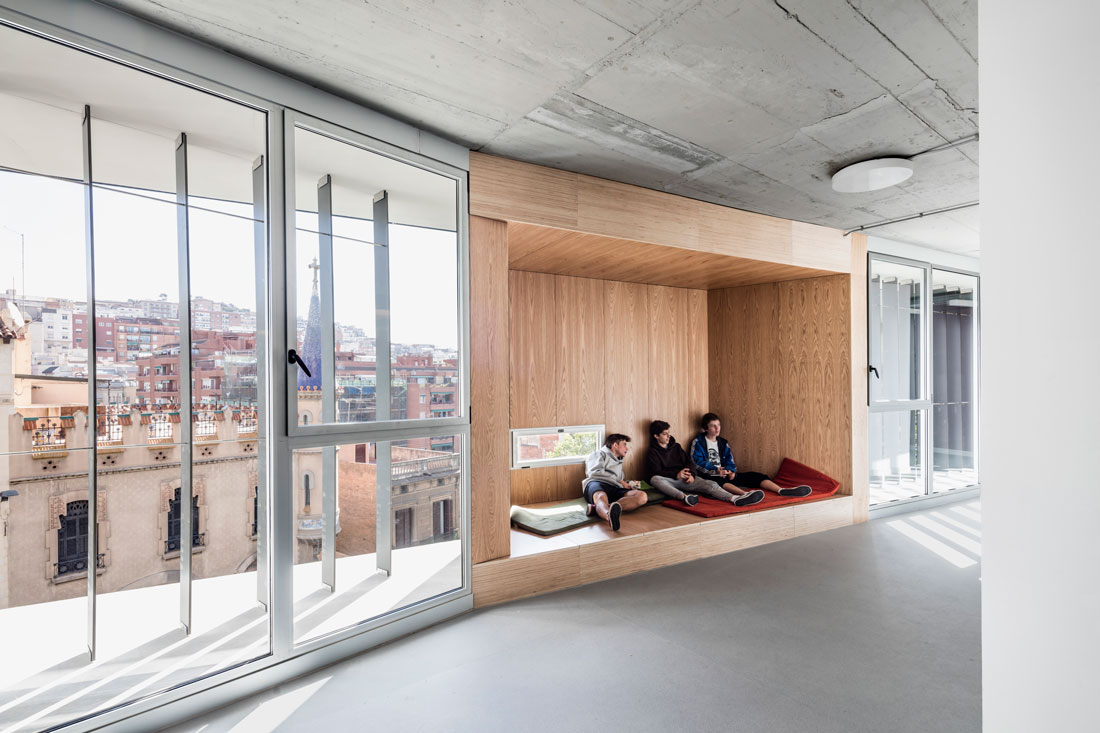 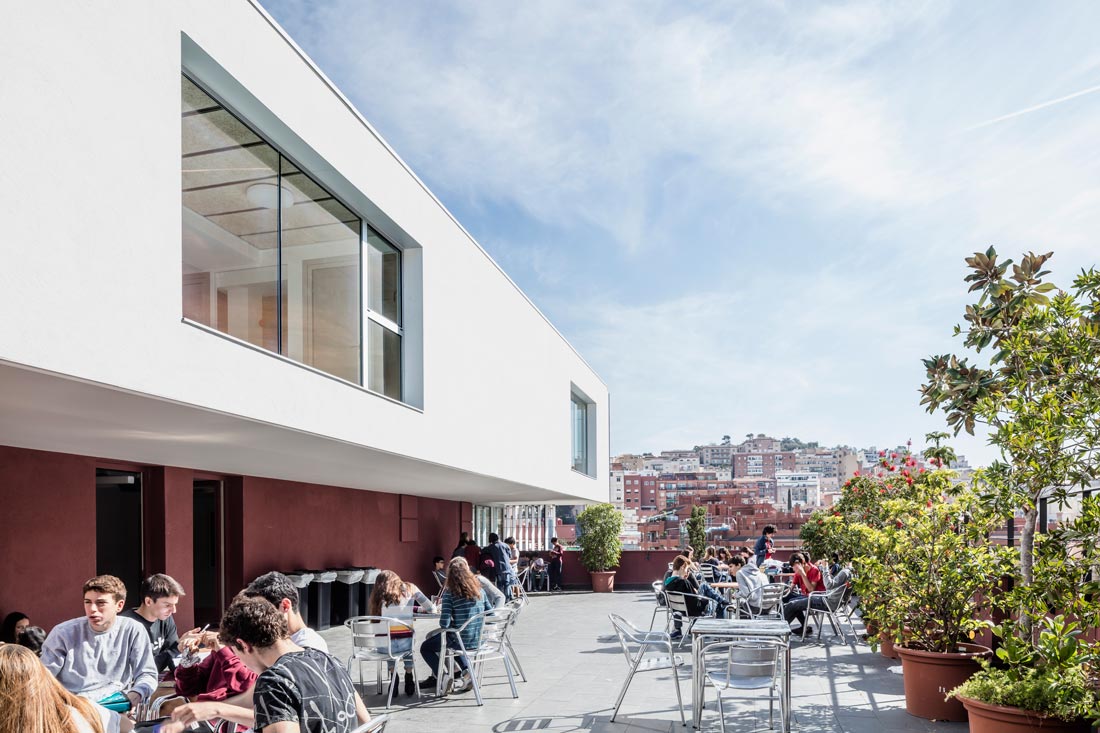 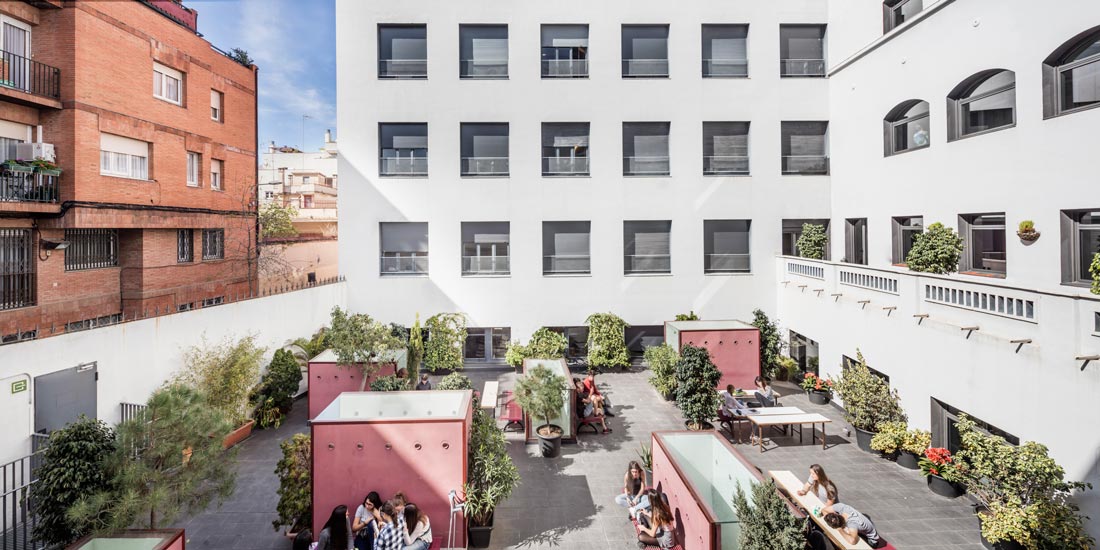