weberbrunner in collaboration with soppelsa architekten won the commissioned study “Housing development with commercial areas in Neuhegi, Winterthur” in November 2013. According to the tender, around 300 residential units, ground floor public-oriented commercial space, and an underground car park with around 200 parking spaces were to be built on two plots. 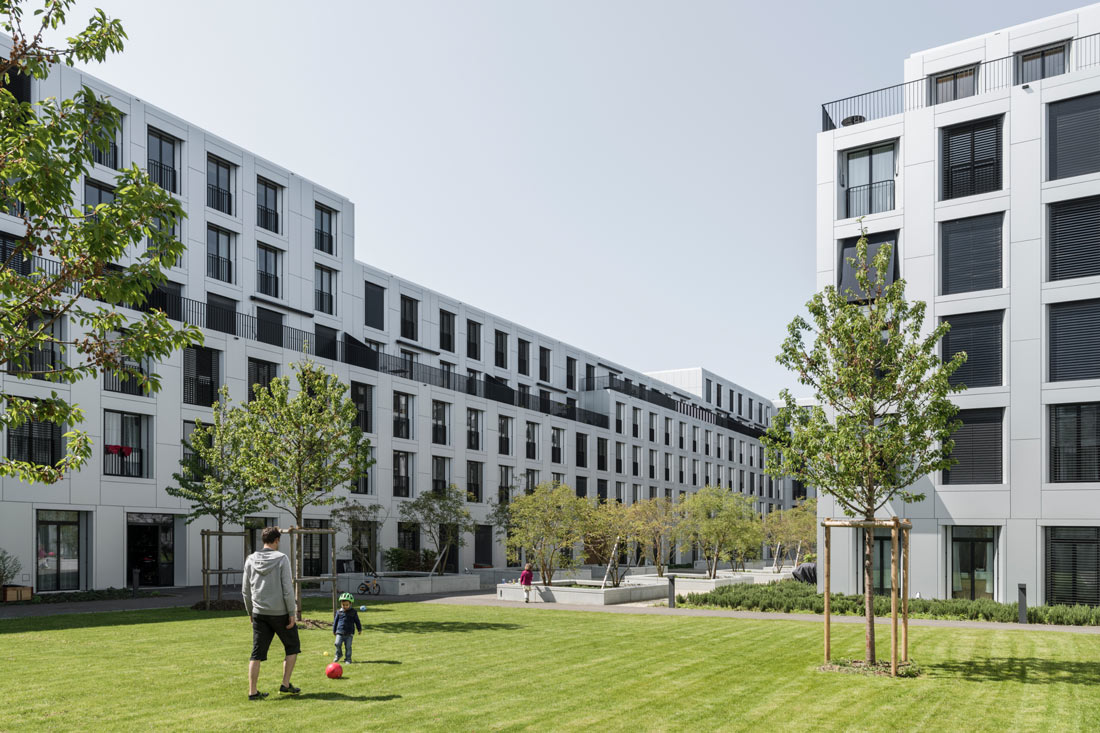 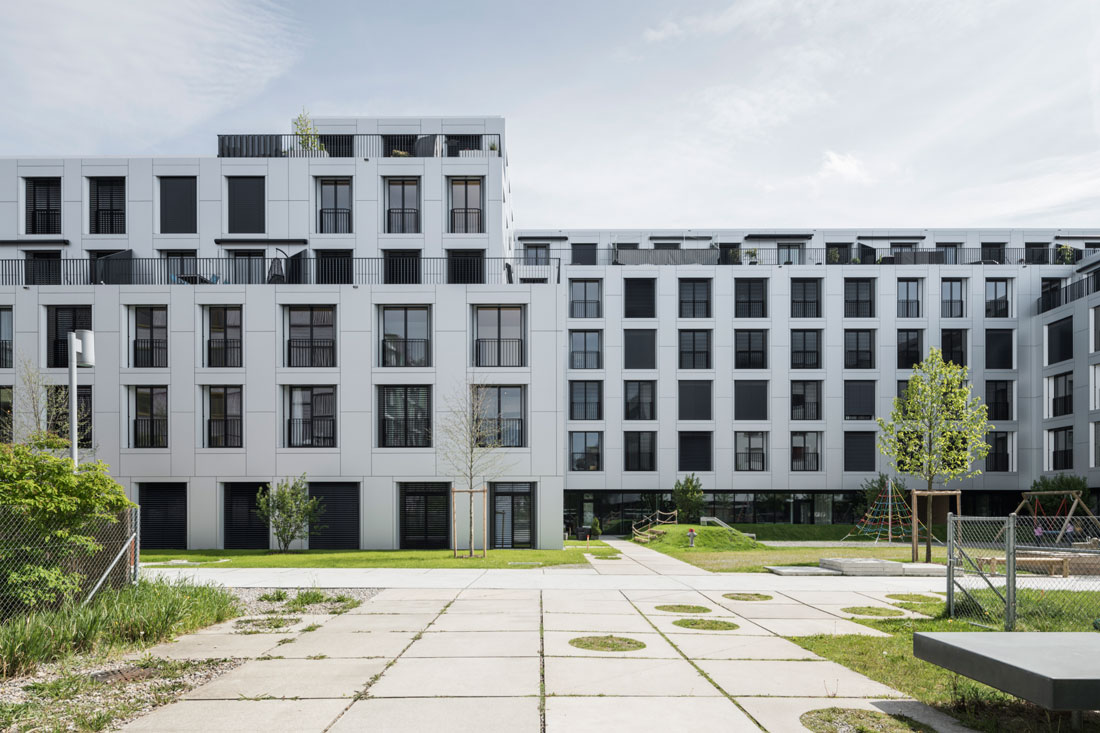 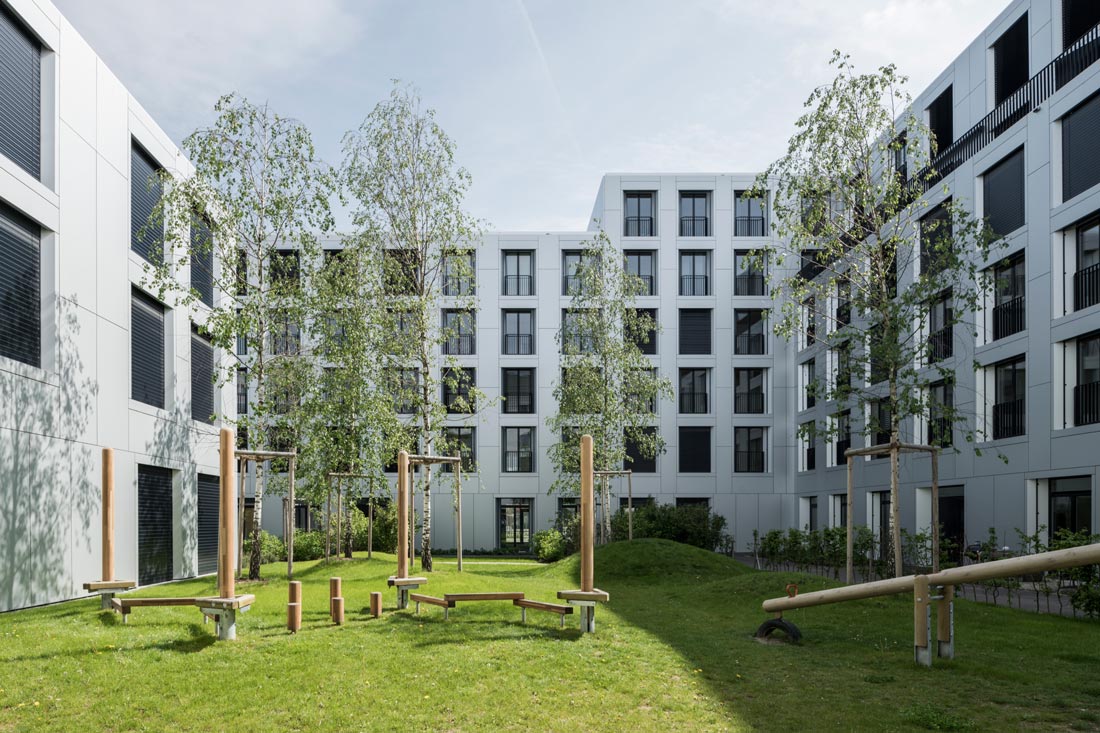 Through the pronounced terracing of the two upper penthouse floors, the building is classically divided into three sections: the extra-high ground floor as plinth; two to three full stories of apartments with loggias; and the shifting terrace apartments on the fourth and fifth floors. As a result, the building volume is particularly structured and the façades are brought to life. The loggias were reinterpreted; by adding windows, the loggia becomes an extension of the living area with year-round usability. An intermediate climate is created within the insulated perimeter, allowing the loggia to be used as an exterior space in summer and as a sunroom in winter. 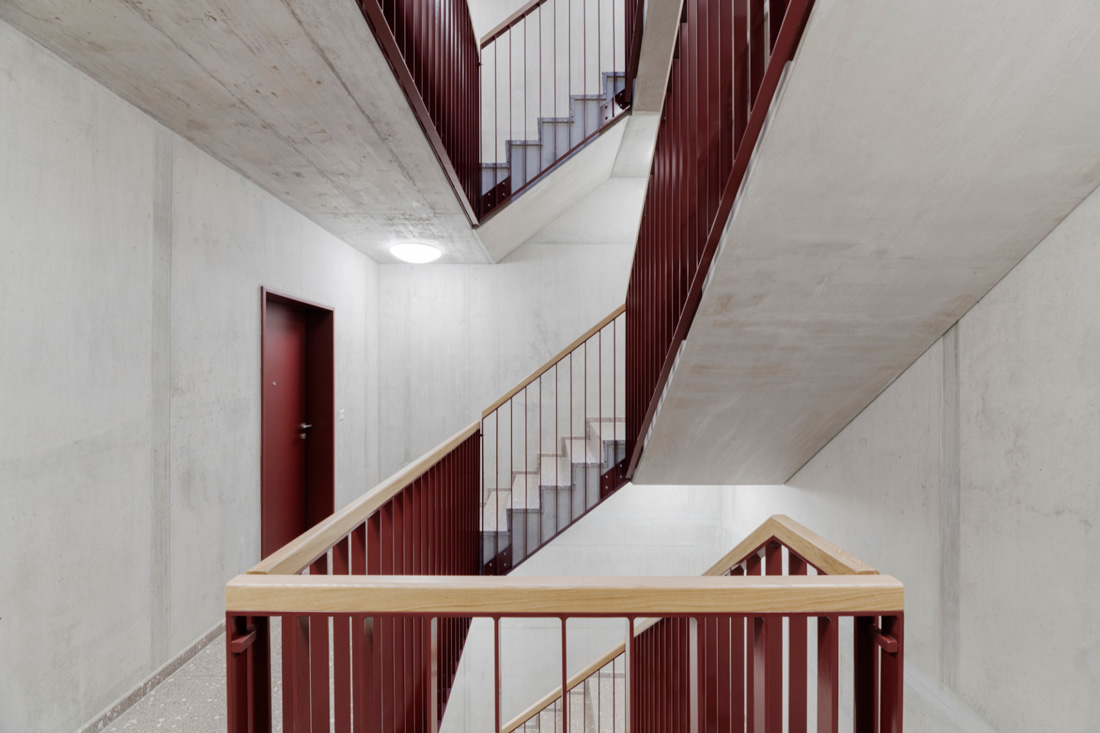 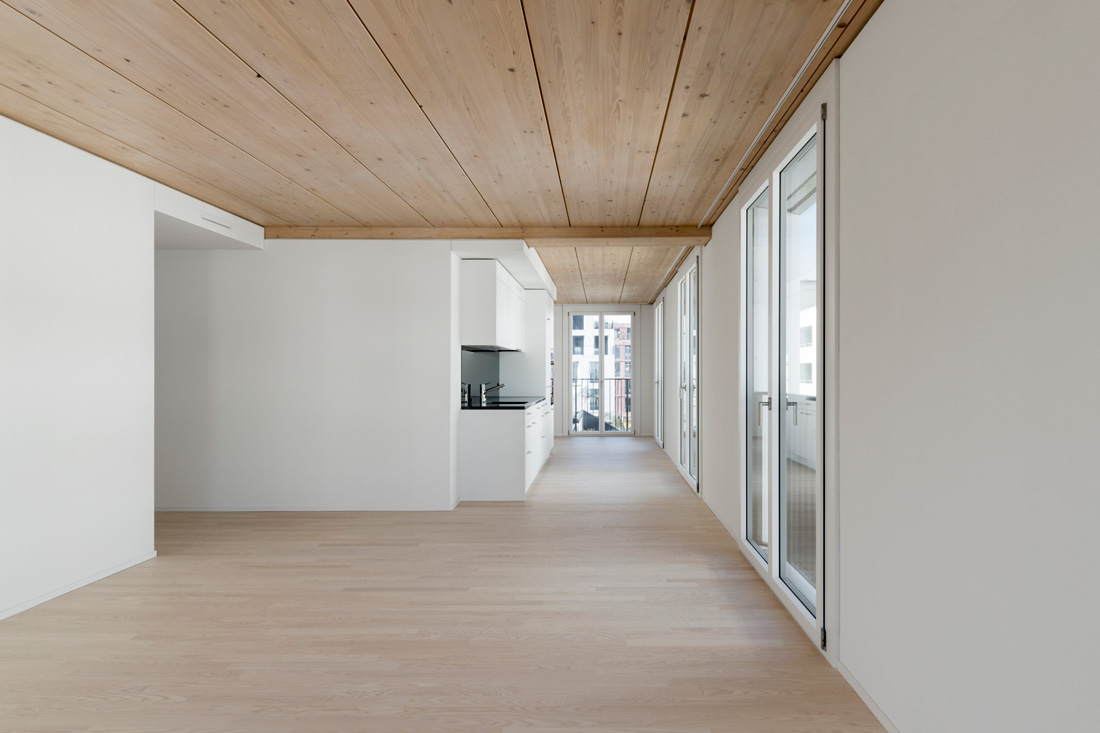 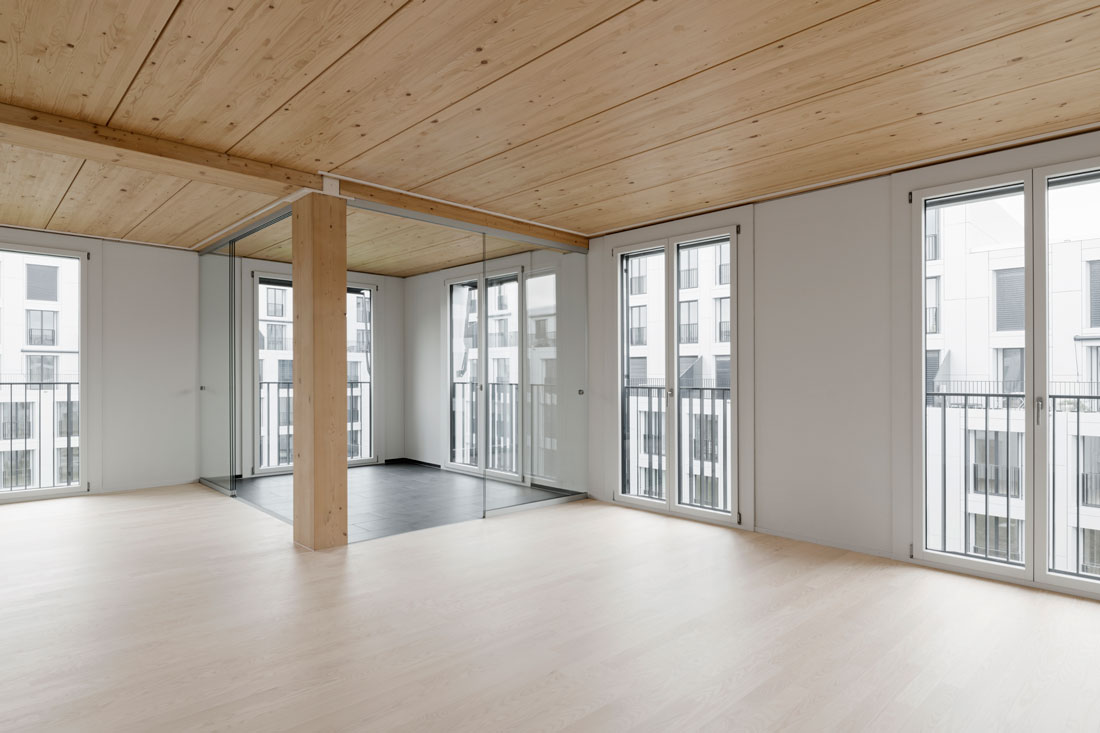 The basement, ground floor, and staircases are constructed in cast-in-place concrete. The remaining floors and exterior walls are built in wood. The façades use story-high windows of varying widths to subtly animate the building. By slanting the window reveals to the outside, the rooms behind are especially well lit. The floor-to-ceiling proportions resemble French balconies and allow the residents to step directly up to the façade.

180 different apartments – 80% rented, 20% owner-occupied – and a mix of typologies lend the former industrial site in Winterthur-Neuhegi a new residential character. “sue&till” is currently the largest timber construction in Central Europe. 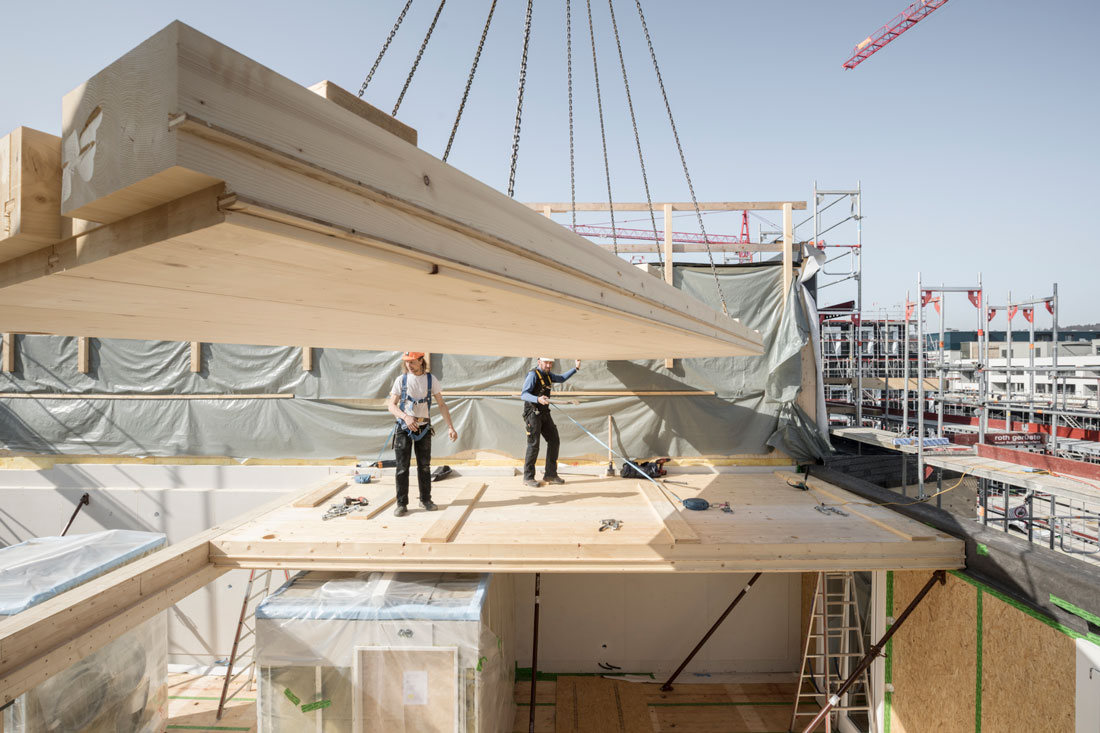 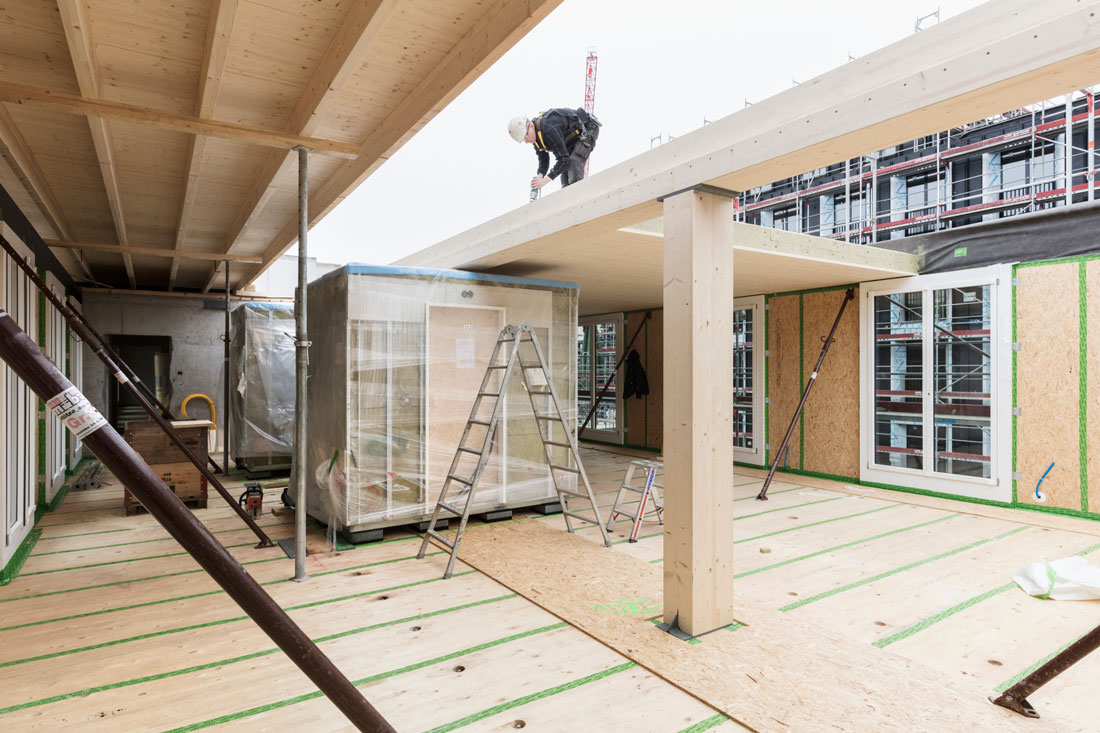 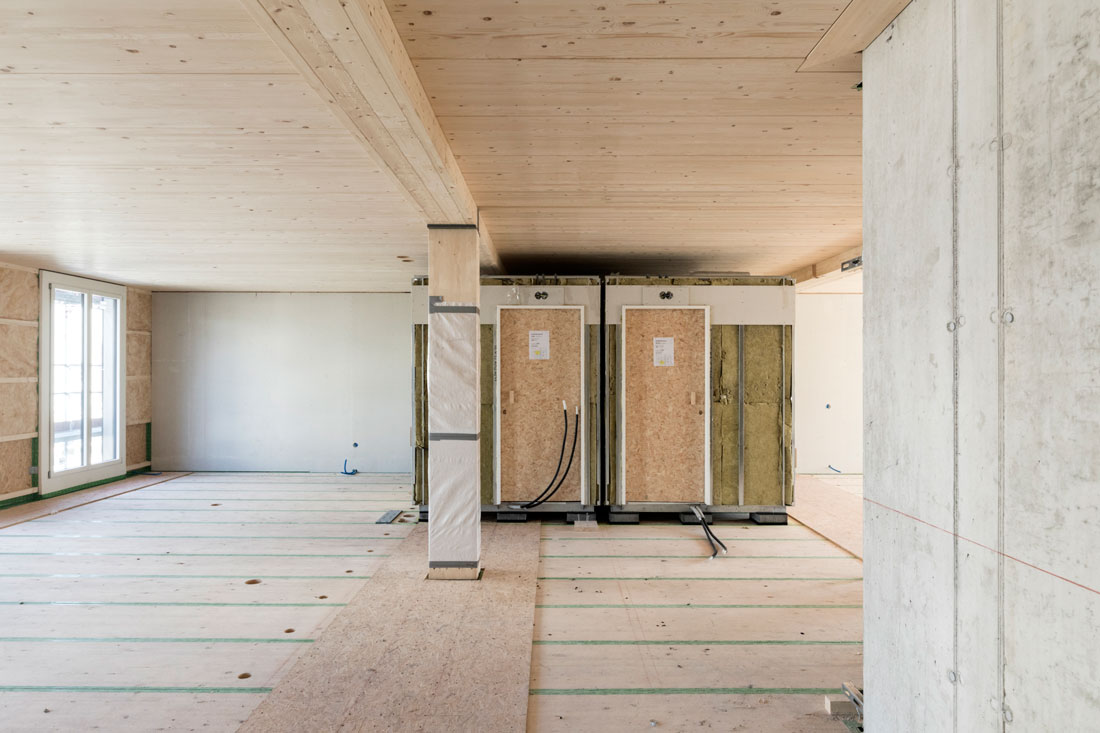