An island of culture in downtown São Paulo. 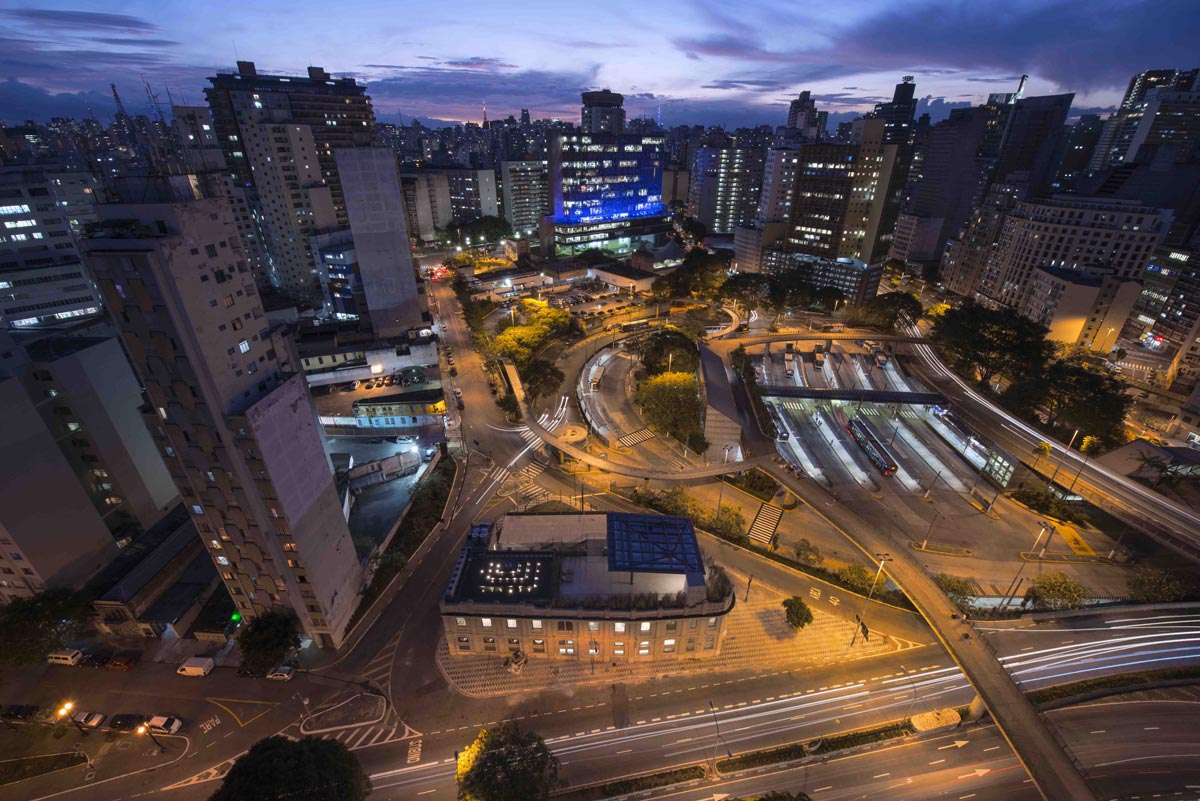 The city center of São Paulo is one of the places in the world where urbanity is most powerful and intense. An area where the beauty of the streets and buildings has been forgotten for many years. Through the renovation of a building from the 20s, formerly occupied by the electricity company, Light, the new architectural project by Triptyque, the Red Bull Station Cultural Center, appears as an important player for the rehabilitation of the city center. 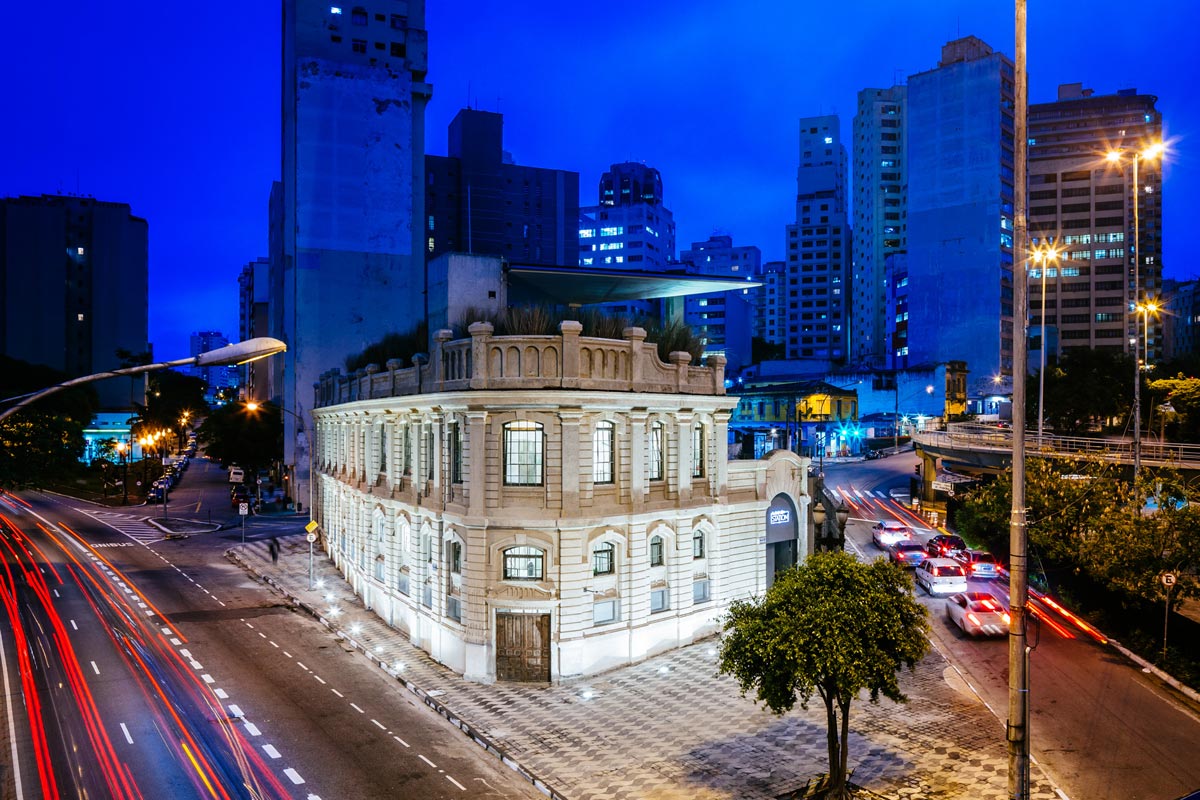 Based on the Bandeira square, the new cultural center links together audio and visual arts through the production and dissemination of new forms of artistic expression. 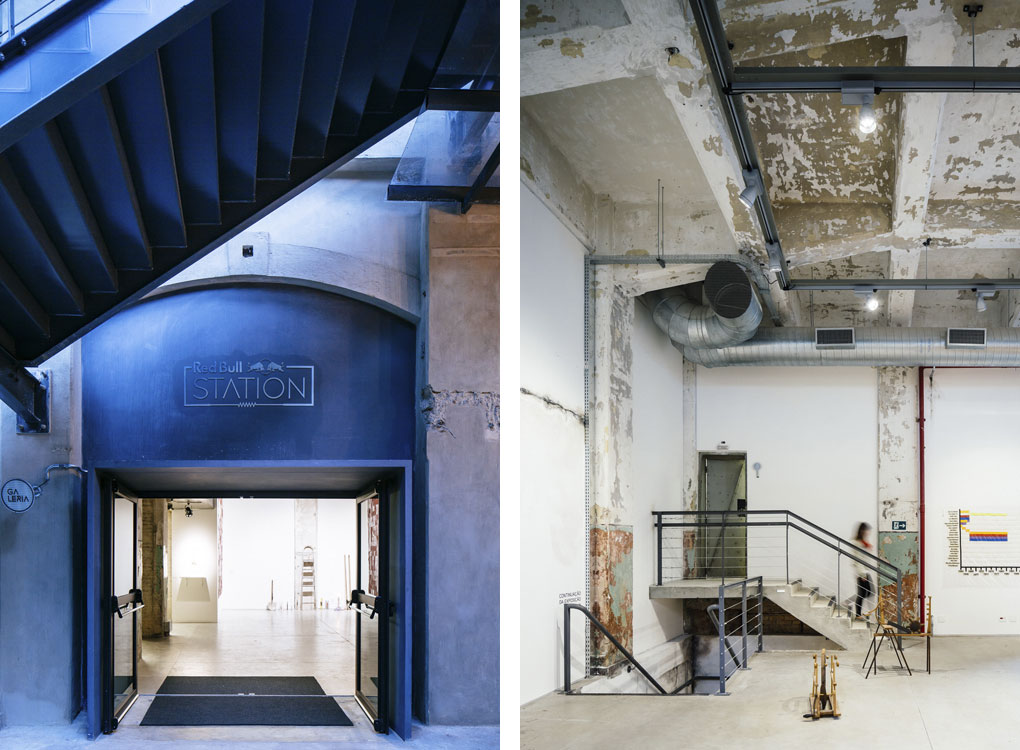 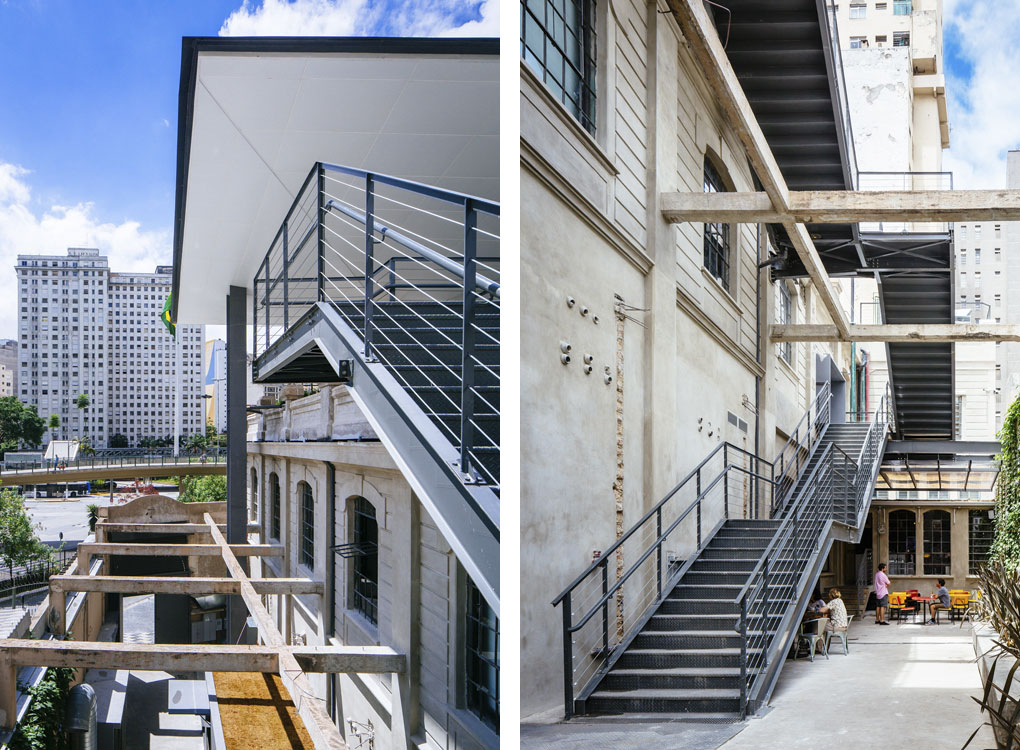 The building was completely renovated, respecting the architectural heritage concepts. A contemporary intervention was carried out in order to adapt the building to its new role as a cultural hub. The essence of the historic building has been preserved, and the beauty of its elements has been strengthened. 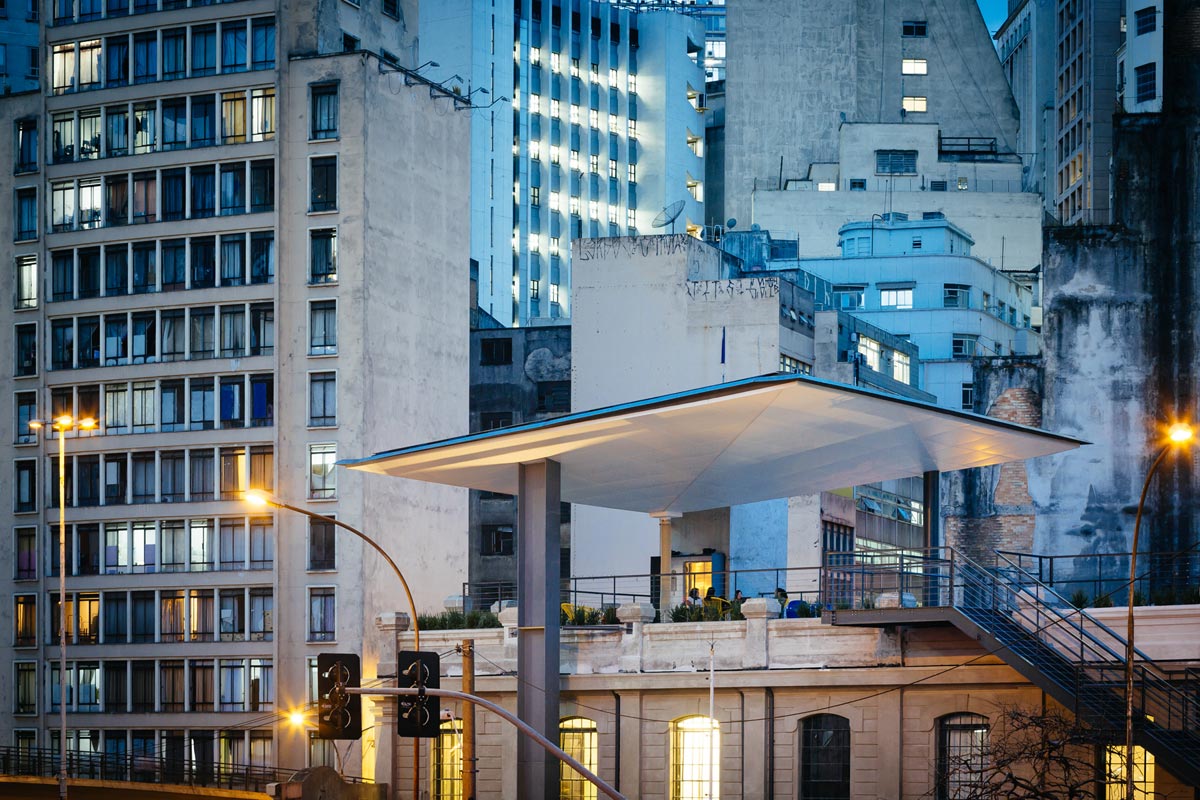 An architectural element was created to accompany visitors throughout their visit, from the stairs to the five floors of the Red Bull Station and its numerous spaces. On the roof of the station a metal pergola covers the terrace. 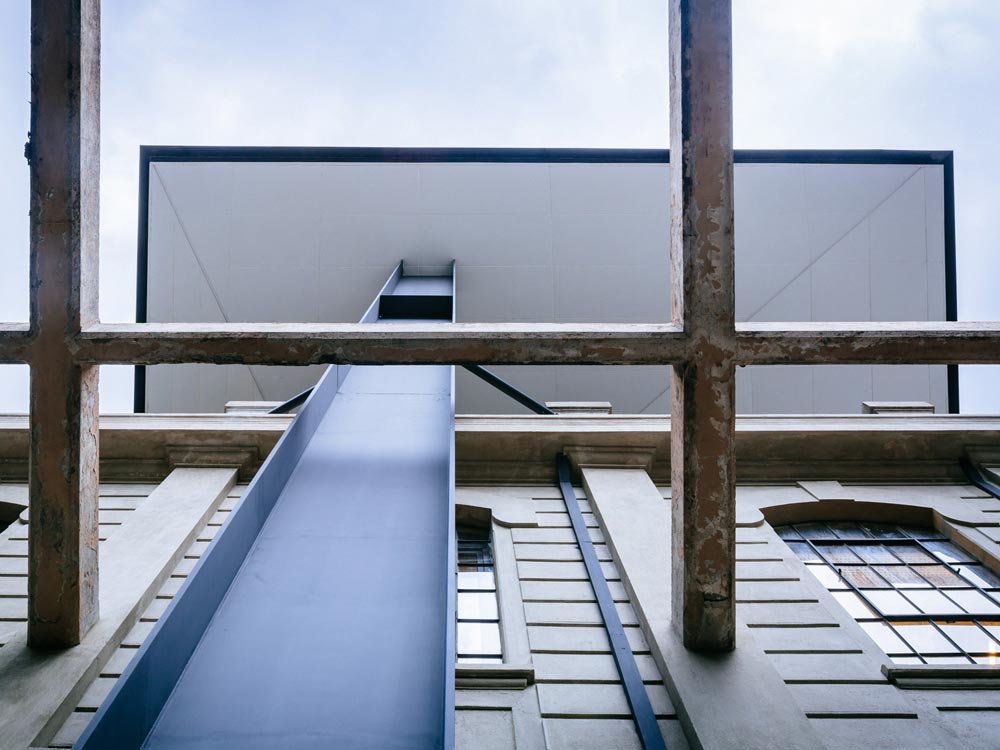 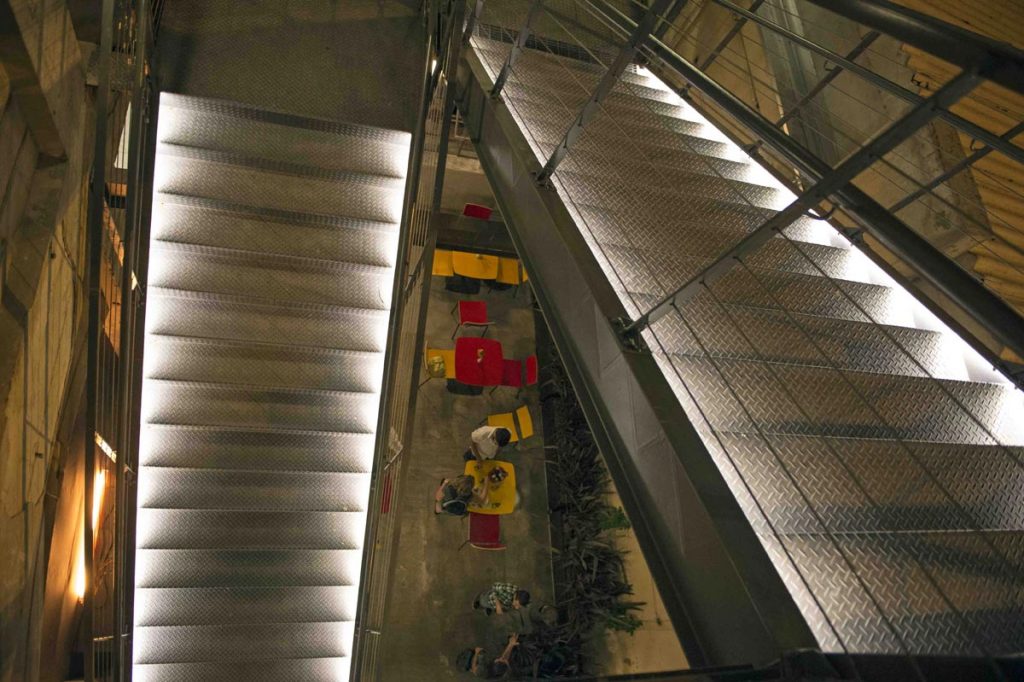 On one side of the ground floor is the main gallery, a space that houses exhibitions of all forms of visual arts, performances and concerts. On the other side is a concrete volume, carefully polished and sculpted to house a music studio. 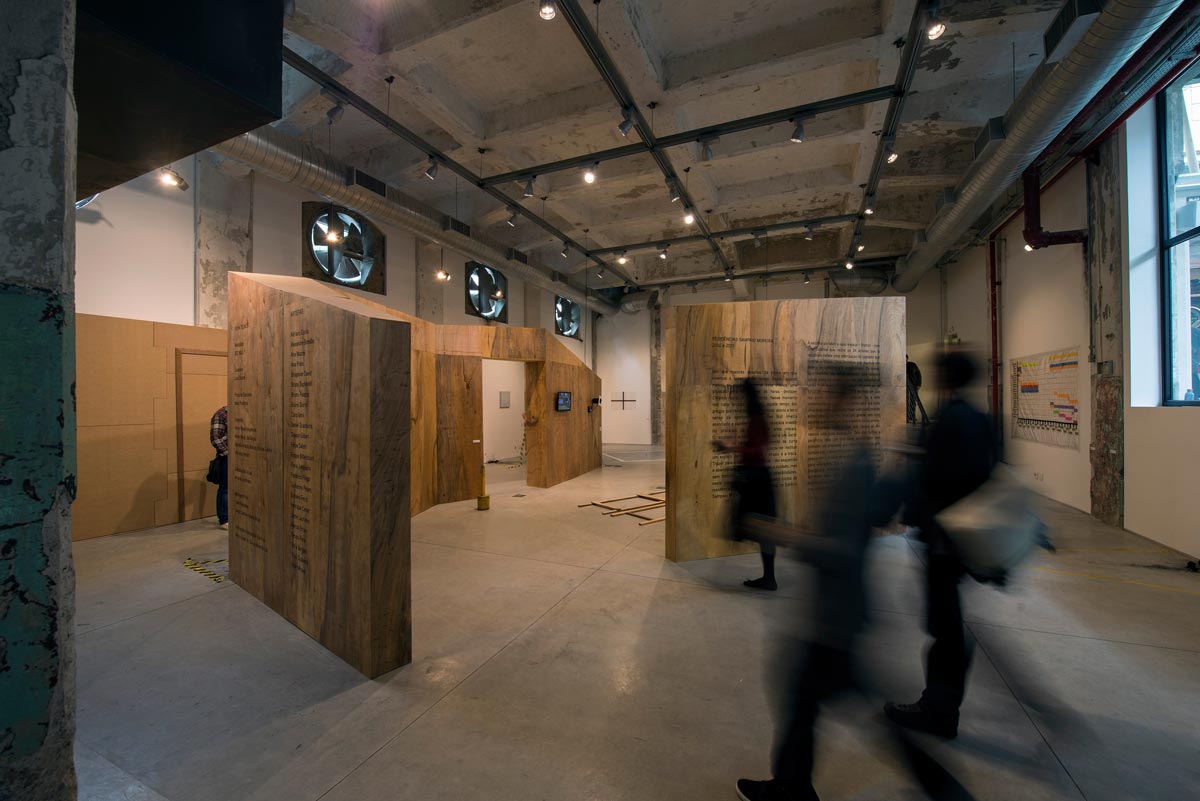 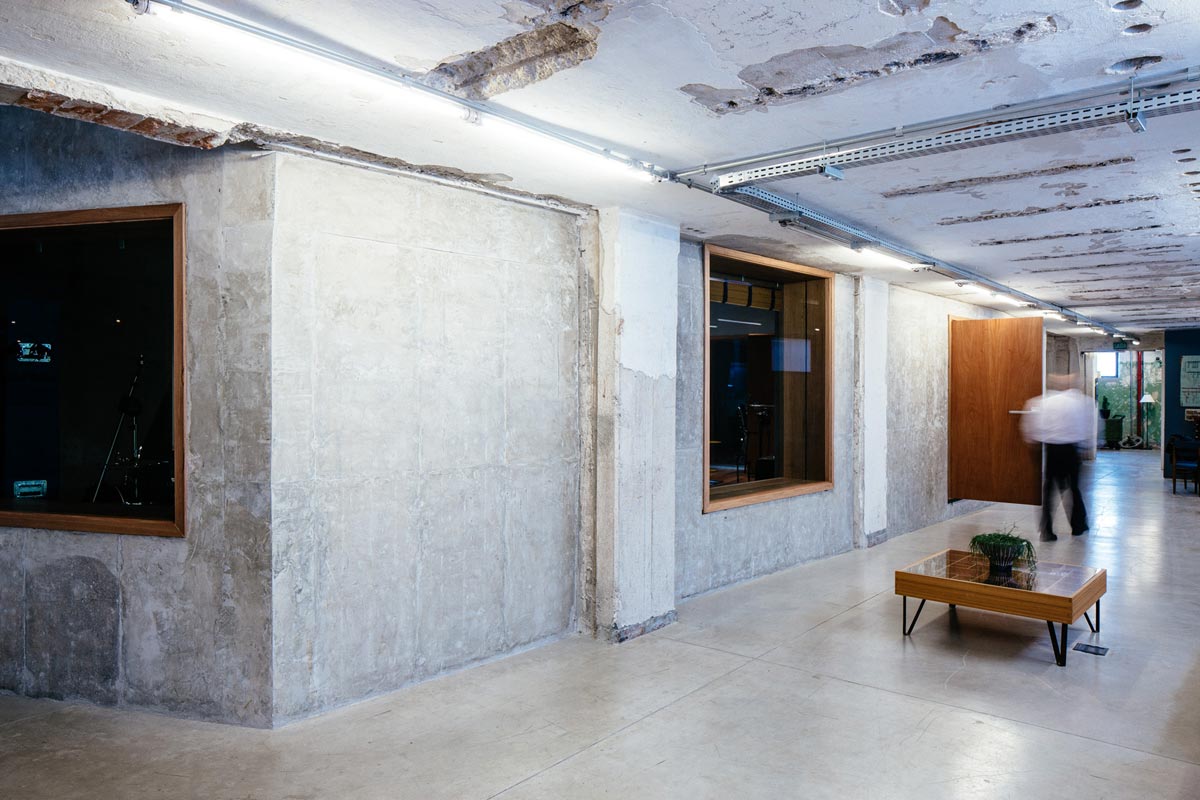 The basement has been converted into an exhibition space and music rehearsal rooms. Upstairs, six workshops were created for artistic residencies that will change each quarter. Around the individual workshops, the ” Transition gallery” will temporarily host projects during the creative process. 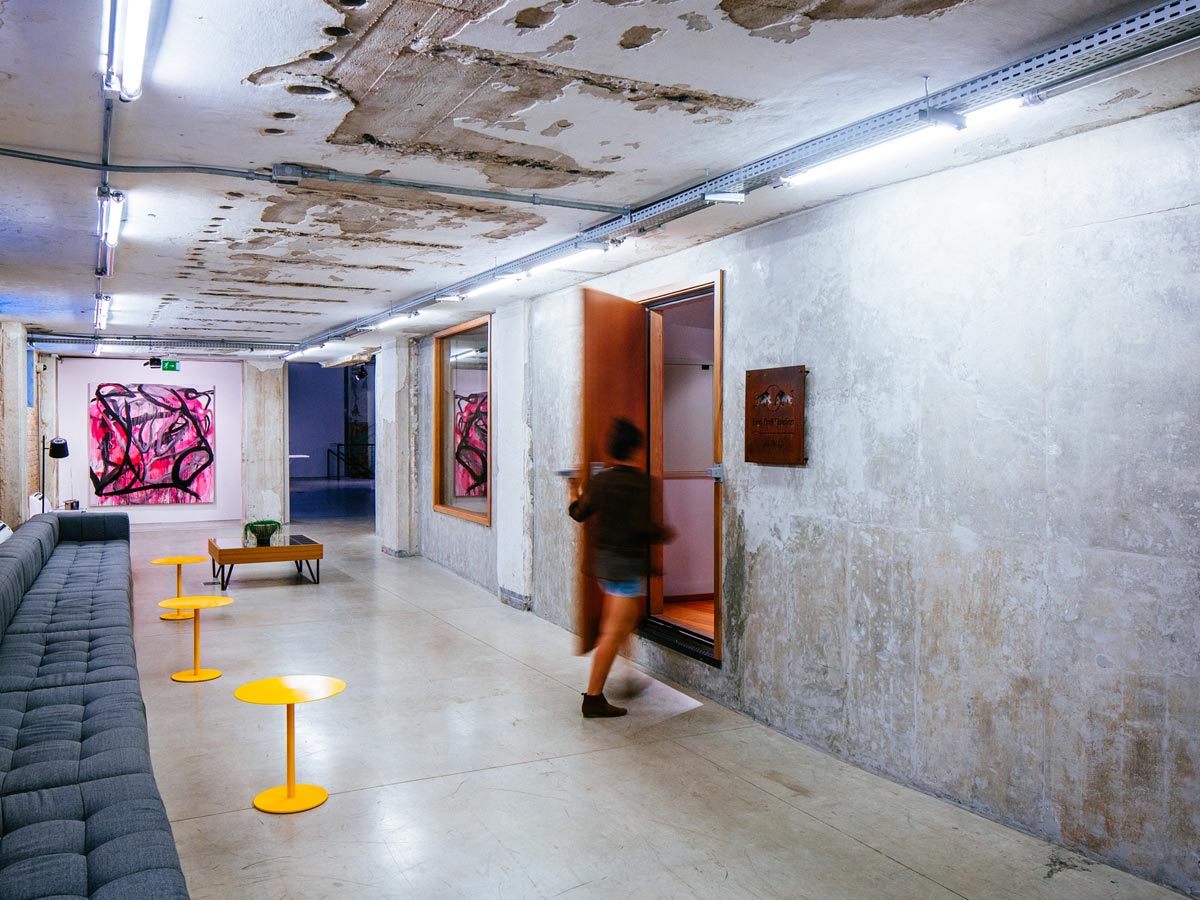 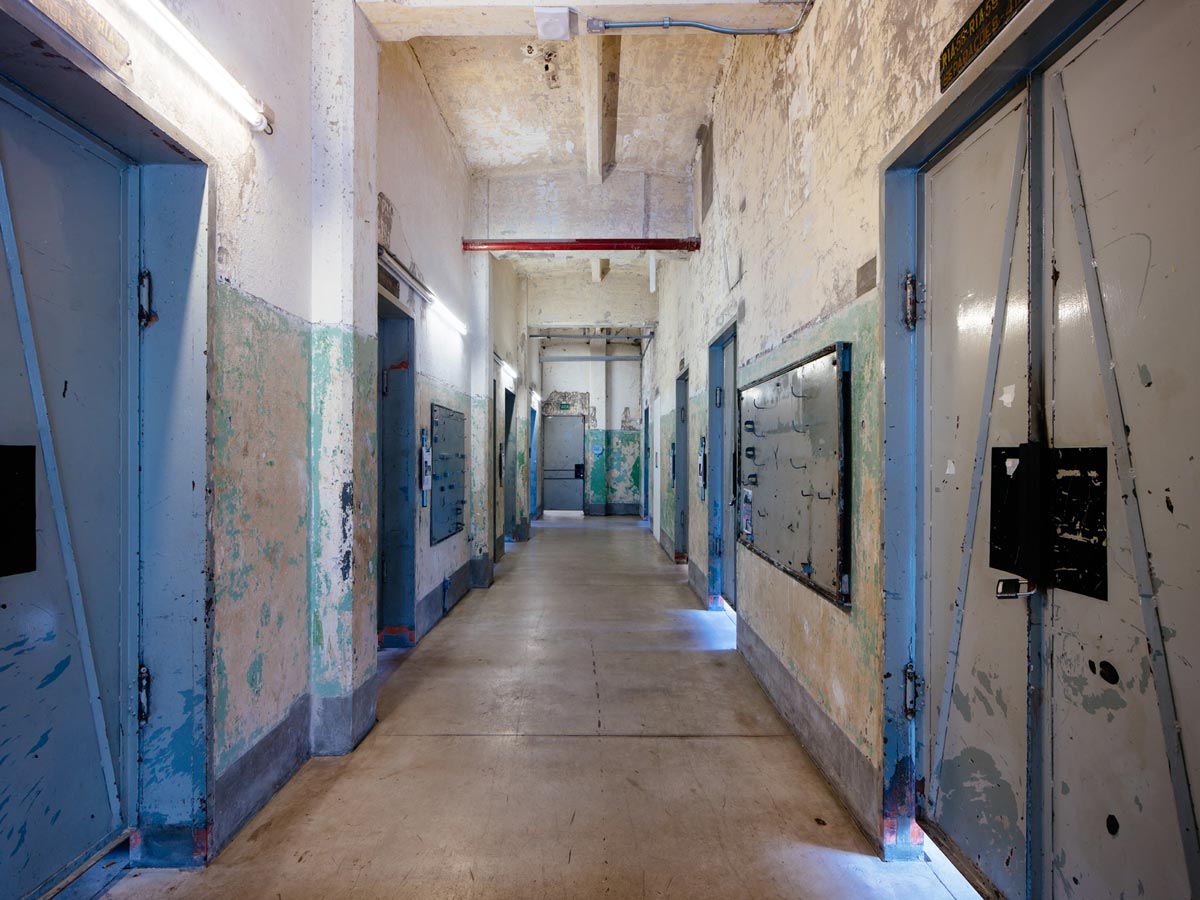 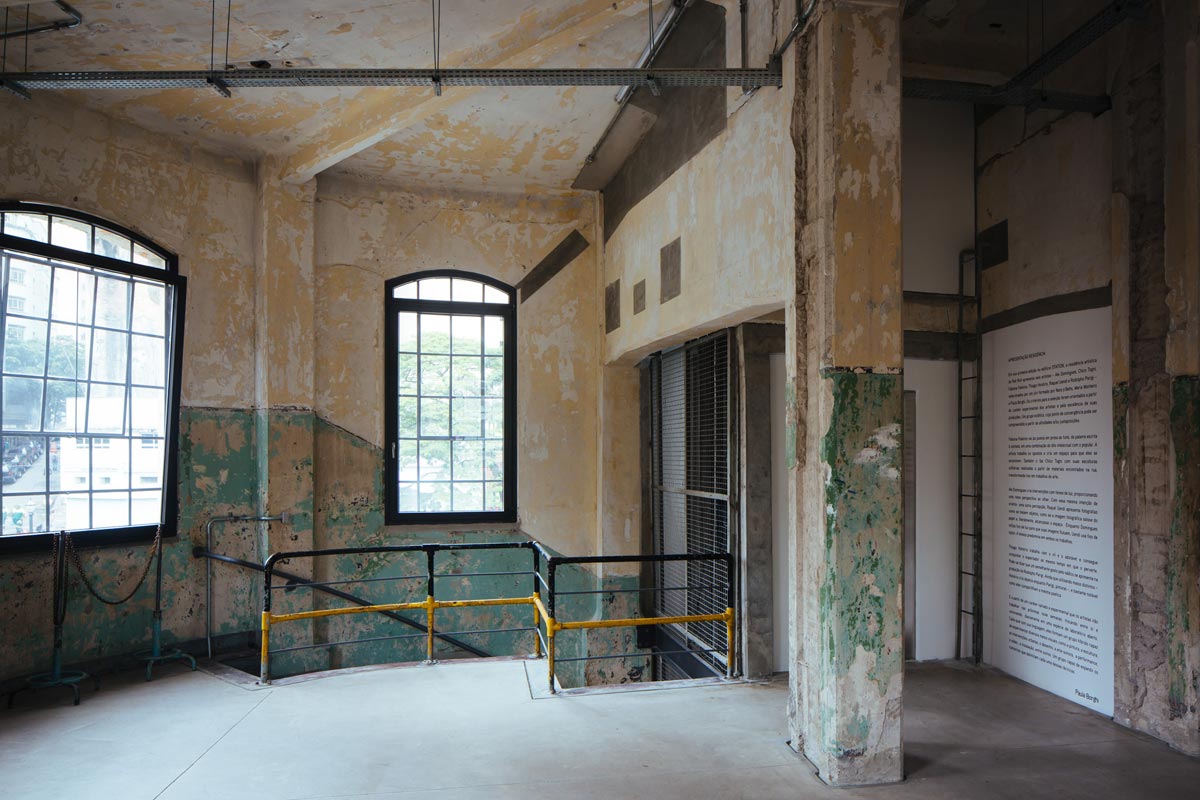 During its first life, the transformer station used a water cooling system. Triptyque reawakened the system after decades by bringing water back to the station. The “leaf” on the roof collects rainwater, the water takes its original course to the tank located in the basement and sprinkled by the fountain on the terrace. This drip of liquid energy, not electric energy, brings new life to the station, and echoes around it, throughout the entire city. 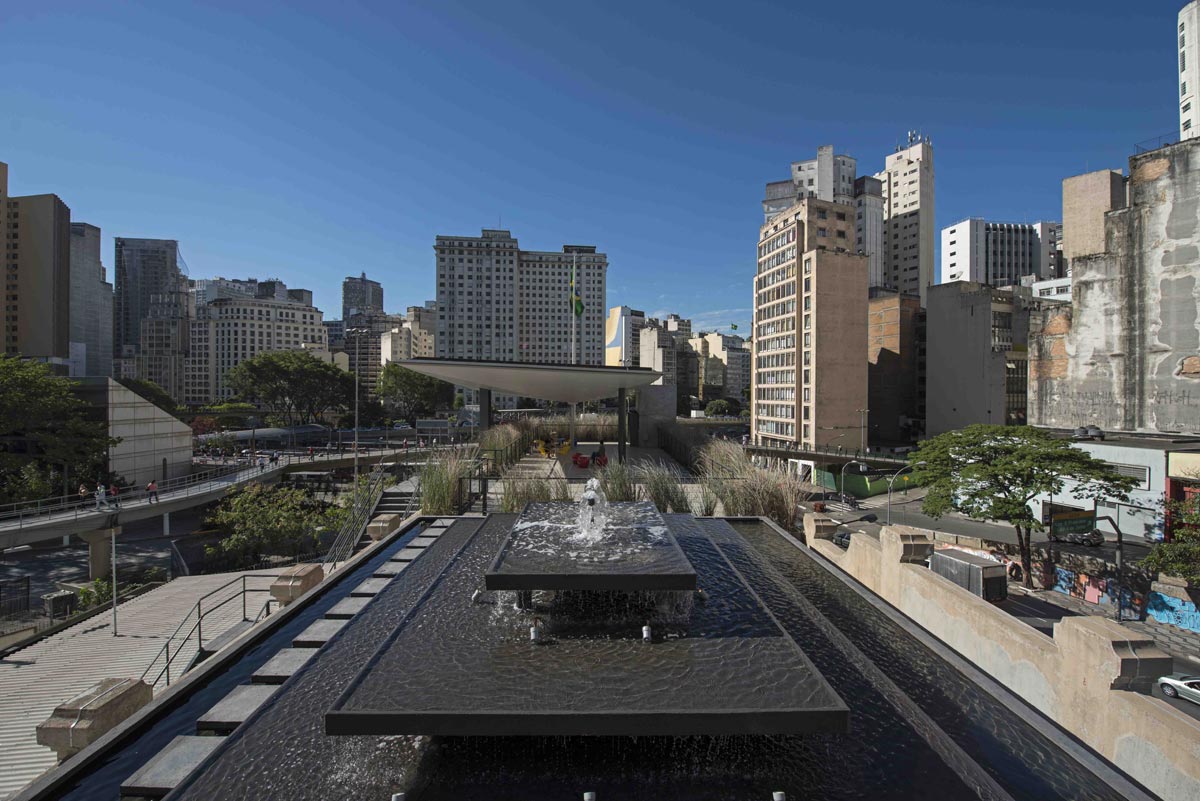 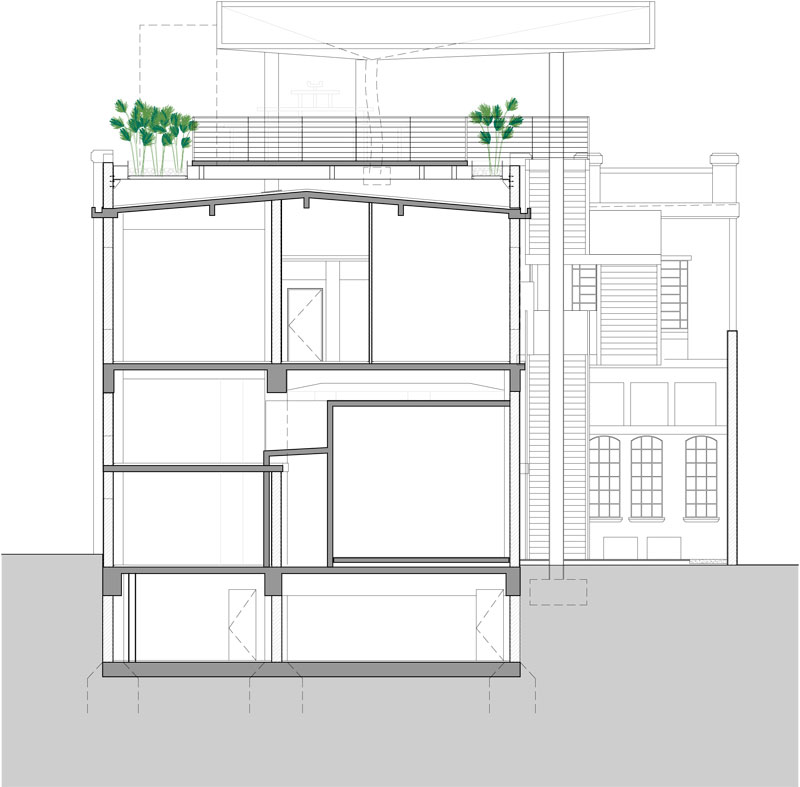