Pure Imagination! The Crisis of Space in Cognitive Labor, from Bigness to Smallness

If you feel God is following you, you are a believer;
what are you if you know that satellites are following you
… an actor?[1]

—Rem Koolhaas, “?” in Countryside: A Report

Let’s think about problems like the urbanization/cementification of natural territories, the scarcity of land in cities, public space related to politics and economic crisis, and the housing shortage. Moreover, let’s consider the surplus of material produced in offices and in daily life (i.e., architects produce models and digital files that will be used only once, journalists produce draft papers that will never be published), as well as the daily flow of images and texts on social media, fake news and funny memes. If we think about all those things, we will realize the uncalculable amount of time and labor spent to ‘produce’ them.

While, from this point of view, space appears only in quantitative terms, dealing with built/unbuilt and economic questions only, focusing on the mechanism of hyper-production, I argue that the crisis of space should be read by analyzing the productive processes of capitalism in order to address other spatial paradigms for architecture and urbanism. 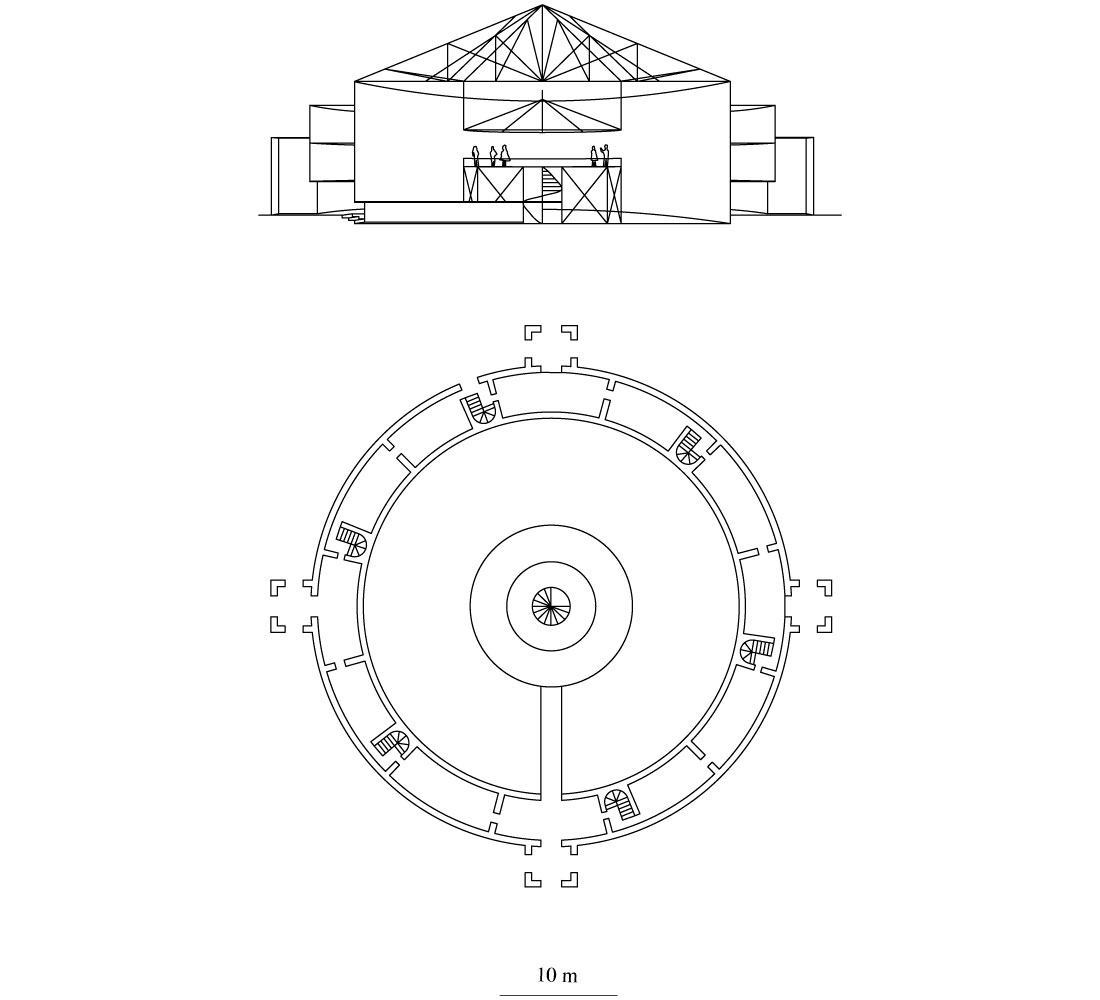 [1] See AMO, Rem Koolhaas, Countryside: A Report (Köln: Taschen 2020), 331. The book was published as the catalogue for the recent exhibition Countryside: The Future, at the Solomon R. Guggenheim Museum in New York. [2] See Karl Marx, Grundrisse: Foundations of the Critique of Political Economy (London: Penguin, 1973). [3] Ibid., 442. [4] Ibid., 449. [5] Henri Lefebvre, The Production of Space. Oxford, UK (Blackwell, 1991). [6] Ibid. 73. [7] Lefebvre distinguishes these things into works and products: work (i.e., a monument or a work of art) as something unique and product something reproducible, the result of a repetitive act and gestures, both differing in their relationships and in the modalities of occupying space: “In social space such objects are thus not only things but also relations.” Ibid., 77. [8] Rem Koolhaas, “Bigness or the Problem of Large”, in S,M,L,XL (Monacelli Press: New York, 1995): 494–417.>/br> [9] Ibid. 503-04. In other words, for Koolhaas, the very essence of Bigness was born in architectures such as the Down Town Athletic Club in NYC and reinterpreted by OMA in L scale buildings such as the De Rotterdam building, where what counts is scale and the “unpredictable” reproduction of spaces without logics. [10] Ibid. [11] See https://www.youtube.com/watch?v=P8qjl3Y_e2E&t=152s. [12] See Rem Koolhaas, “?”, in Countryside: A Report, 324-351. [13] Koolhaas, “TRIC; Post-human Architecture”, in Countryside: A Report, 272-73. [14] Ibid. [15] See Andrea Fumagalli, “Metamorfosi del rapporto capitale-lavoro: l’ibridazione umano-macchina”, Effimera, http://effimera.org/metamorfosi-del-rapporto-capitale-lavoro-libridazione-umano-macchina-andrea-fumagalli/#_ftn17 [Accessed on 11 March 2020]. [16] See Water Benjamin, “Paris, the Capital of the Nineteenth Century”, in Selected Writings, Volume 3 1935-1938 (Cambridge, Massachusetts, London: Harvard University Press, 2002), 32-49. [17] Ibid., 34-36. [18] Ibid., 34. [19] See Dietrich Neumann, “Instead of the Grand Tour: Travel Replacements in the Nineteenth Century.” Perspecta 41 (2008): 47-53. [20] See Carla Hermann, “Landscape and power: Taunay’s and Burford’s panoramas of Rio de Janeiro in Paris and London in the first half of the Nineteenth century”, Artelogie 10, 2017,  http://journals.openedition.org/artelogie/796 [Accessed on 26 March 2020]. [21] Dustin Valen, “On the Horticultural Origins of Victorian Glasshouse Culture”, Journal of the Society of Architectural Historians 75, no. 4 (2016): 403-23. [22] Ibid., 416. [23] The construction company Cimolai is building two mega roofs in the metallurgic Park of the ILVA Factory, each as big as 30 soccer fields, for containing dangerous industrial dusts on windy days. See https://www.cimolai.com/it/portfolio/copertura-dei-parchi-minerali-e-fossili-ilva/. NSC stands for New Safe Confinement and is the mega roof being built to contain the remains of Chernobyl’s Reactor 4.