PETree: a Conscious Christmas Tree Made by the People

PET-MAT is a research group at FA CTU in Prague (Prague School of Architecture), which is investigating application of recycled PET in architecture. In 2015, along with their students, the group built a Christmas tree made of PET bottles, bringing the recycling issue to the city and to the university’s community. 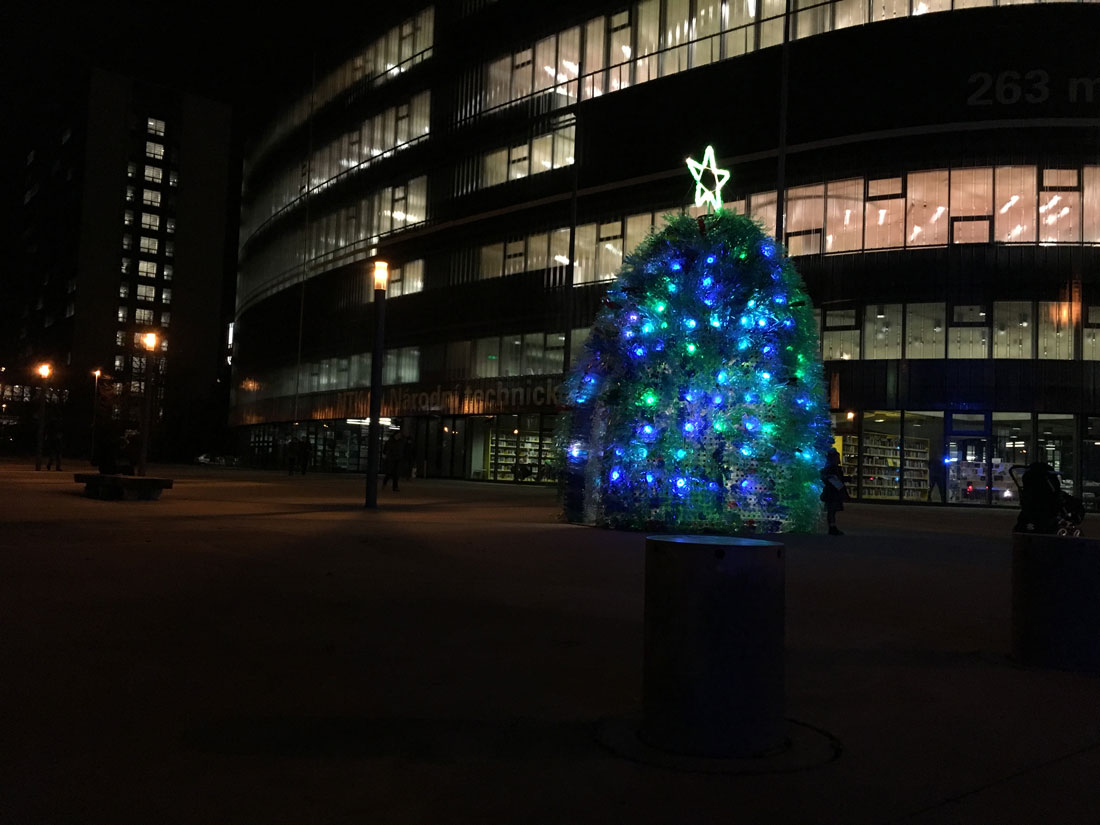 PETree projects started in 2010 when the studio Achten-Nováková at FA CTU Prague was founded. In 2015, a Prokop-Nováková research team assisted the 10-student experimental studio with the task of designing a Christmas tree made of plastic bottles. For me, it was a dream come true, as it was something I had always wanted to try. For the students, it was a chance to really build something that would help solve the problem of plastic waste in the world and raise public awareness. 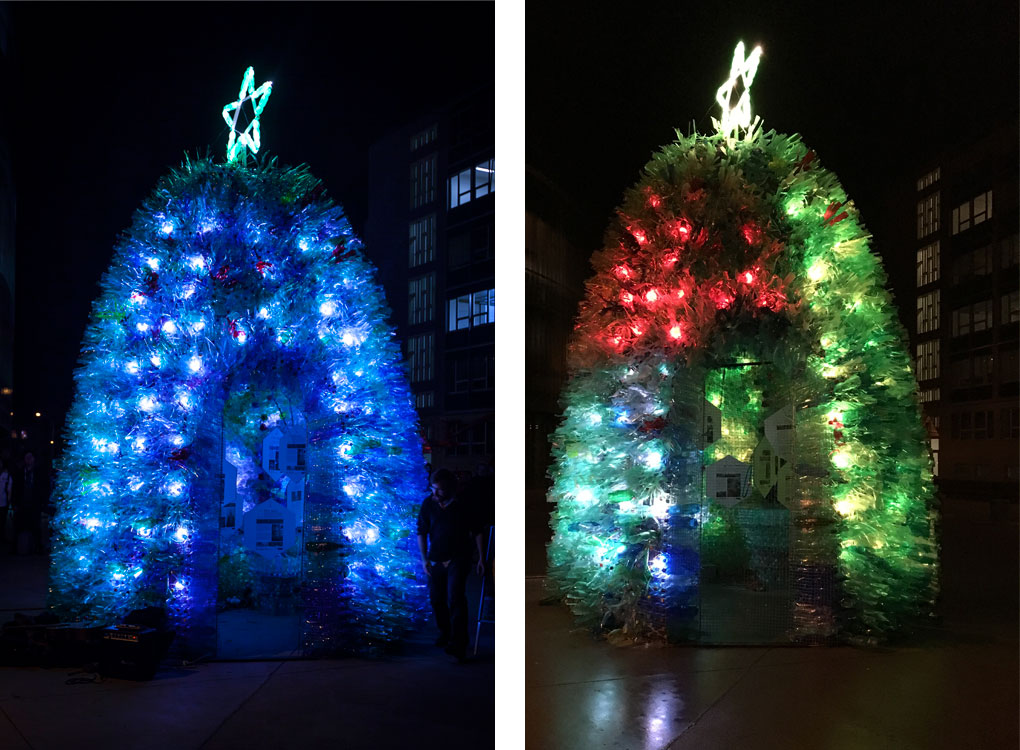 Projects at Experimental studio are based on individual designs, out of which one is finally chosen. The installation was supposed to be placed in and function within a public space. The PETree project fulfilled this vision completely: students and assistants selected and built one of the designs in the public square in front of the Czech Technical Library. There were eight designs in the beginning and students themselves chose which design to build. 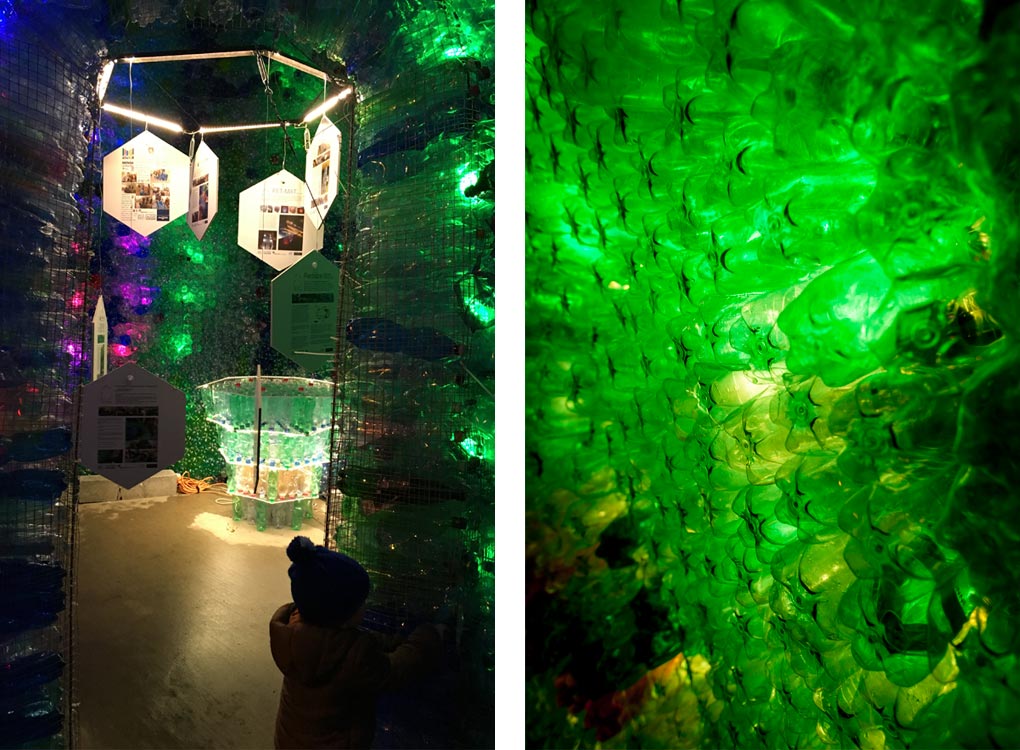 The PETree project was a rather complex one. High schools had to be contacted for collaboration in collecting plastic bottles. Each school was given a lecture on recycling and was also asked to collect 1,000 bottles and mount them into prepared steel grid panels. Next, the bottle panels were collected and finally, a three-day workshop took place in order to construct the PETree sculpture. Actually, it was defined as an exhibition space in the shape of a Christmas tree. 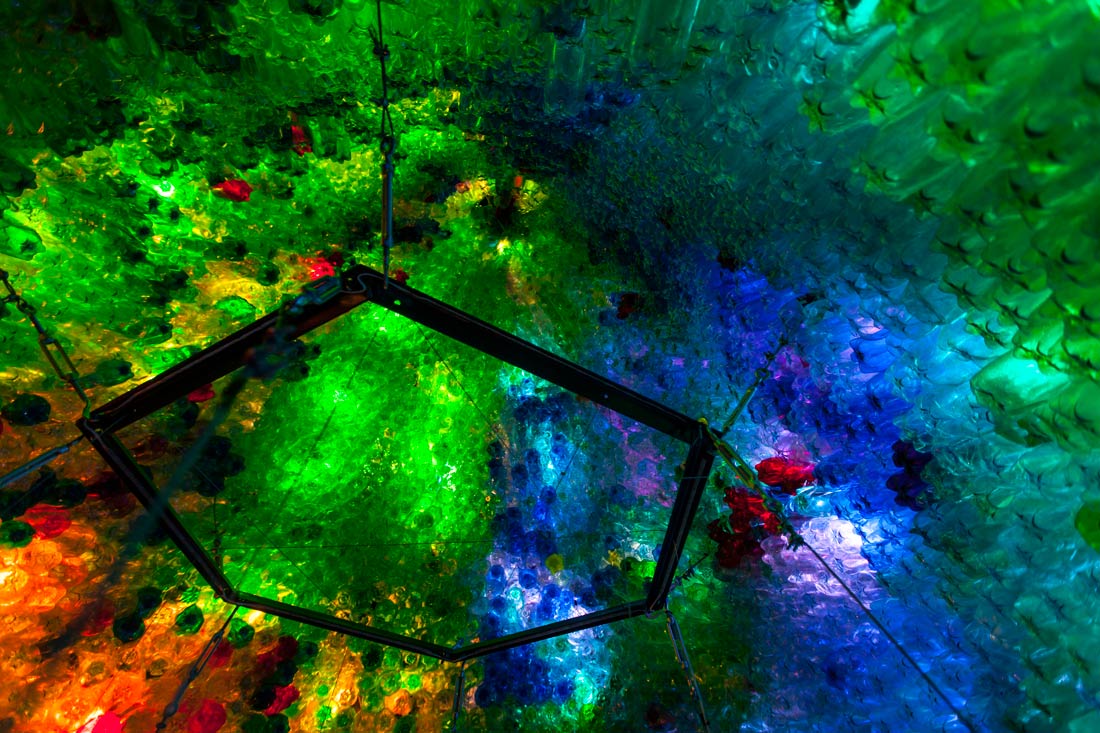 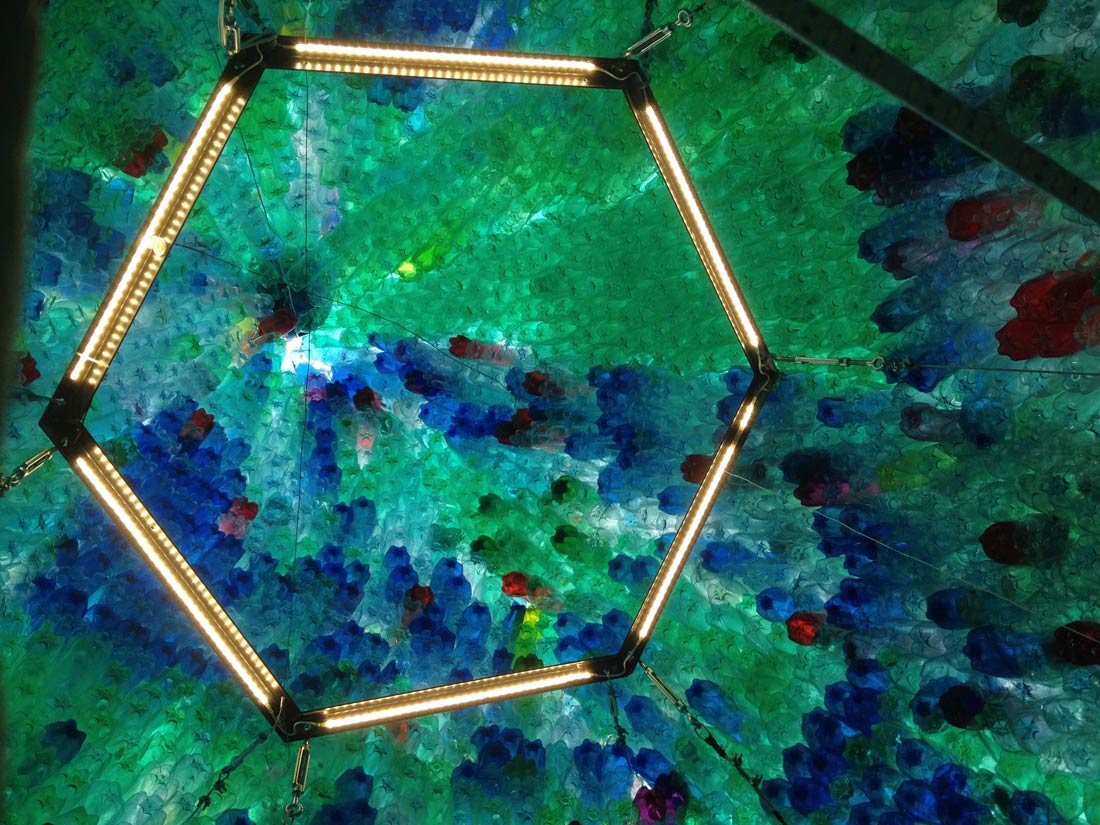 PETree was composed of 12,000 plastic bottles mounted into a steel fence and 200 programmable RGB LED lights were installed on the surface of the tree. The tree was hollow with illuminated information panels hanging and filling the middle part of the tree. Twelve schools, two faculties of CTU Prague and many teachers and parents collaborated in the project. The tree had a shining star at the top, also made of plastic bottles. 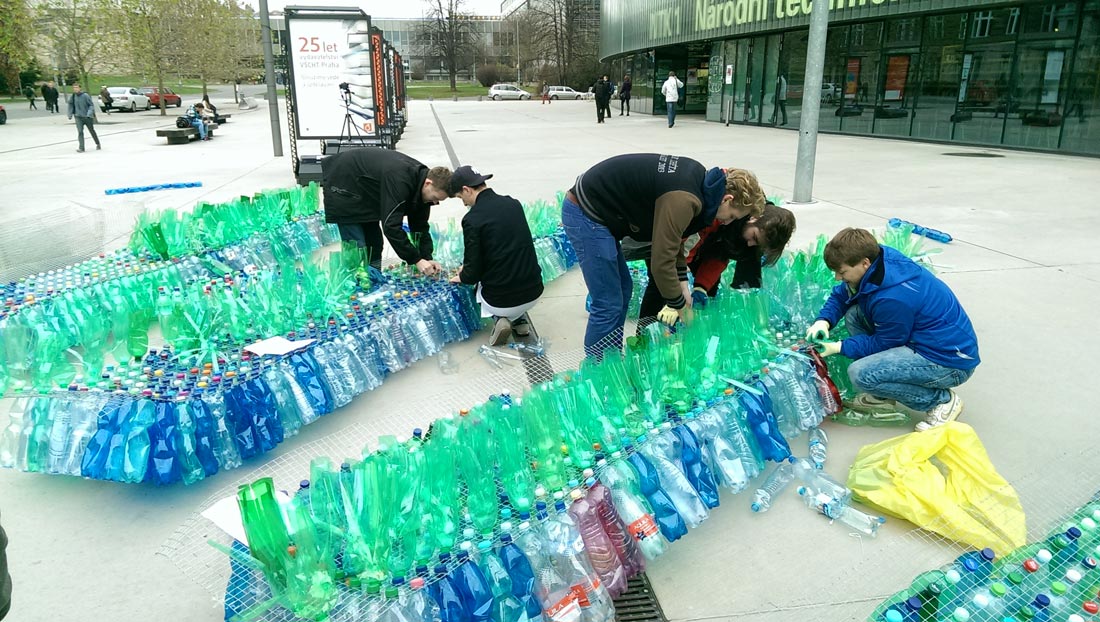 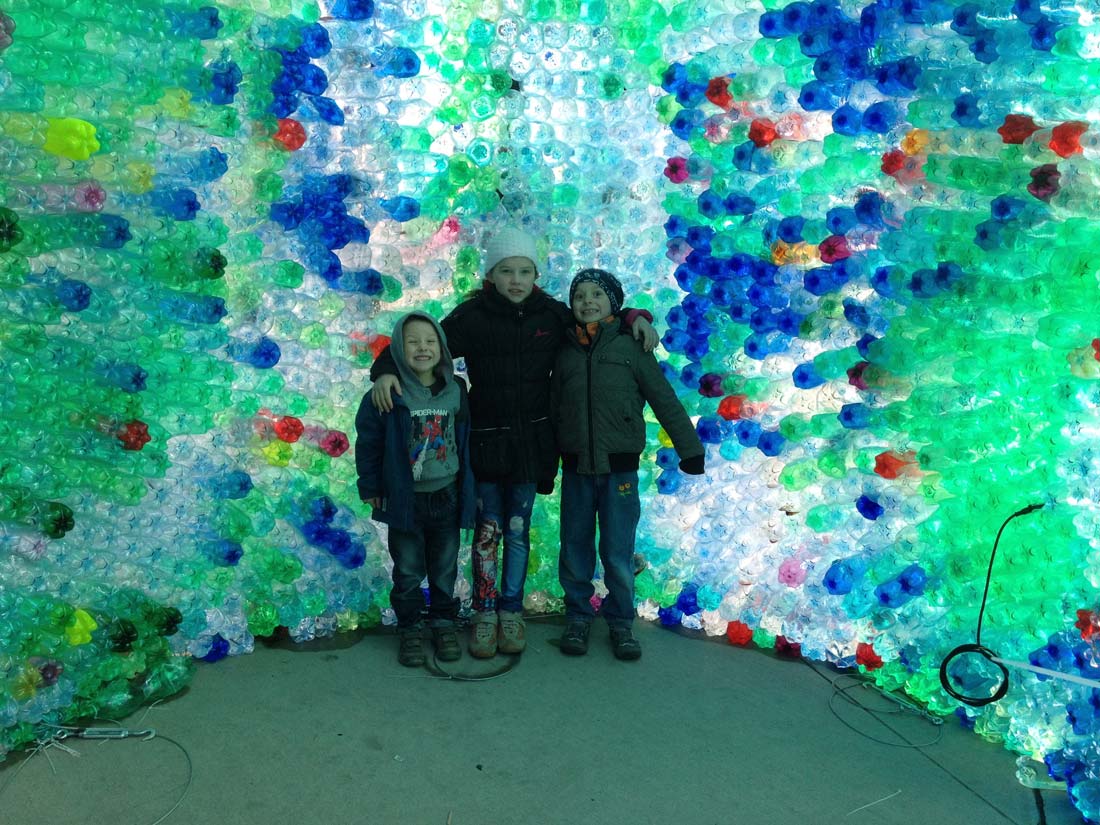 PETree was made to draw attention to the problem of plastic waste. But, it is not the only plastic bottle tree in the world. There are many of them around the world with the same message. Usually, the trees are constructed using a steel or wooden frame with the bottles hanging on it. PETree is a self-standing postconsumer patented bottle construction with no additional support structure. It is also unique because of its hollowness. We believe that there is no single world-saving act, but many different activities and events can remind the public about the responsible management of plastics. 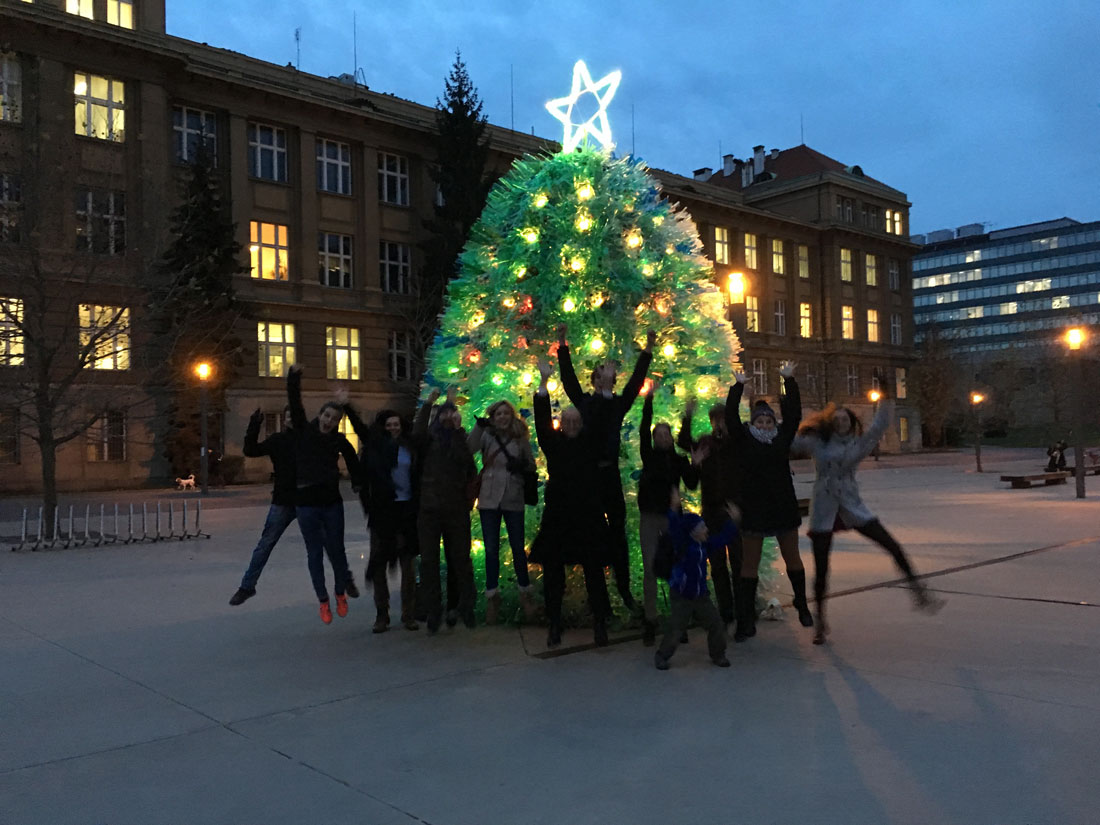