Paseo Civico Metropolitano proposes to intrinsically relate and interlink the new requirements of an efficient Public Transport corridor along the Alameda-Providencia Avenue, the most important Street crossing Santiago East-West, with the strong civic, public and historical heritage and character already embedded in the corridor. Paseo Civico Metropolitano will create and enhance a new identity through the integration of infrastructure, landscape, architecture, ecology and public space based on its original character: Alameda, a corridor line up with poplar trees -Alamos- that provide an ideal-shaded environment for the general public enjoyment. 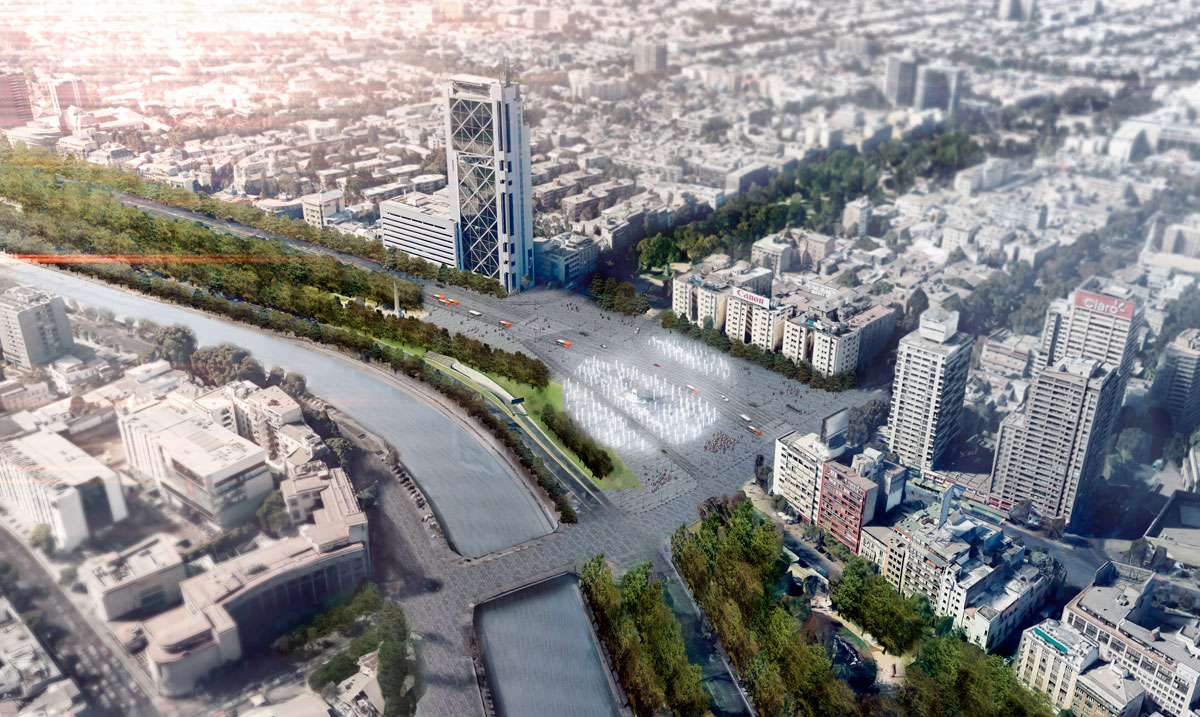 In order to achieve this, that project put forward a unify and sober vision integrating different types of flows that converge along the corridor. The unifying urban landscape will choreograph different transport lines, re-direct runoff, infiltration and recycling of water as well as the movement of people and bicycles. In short, it will re-organised civic life along its spine. 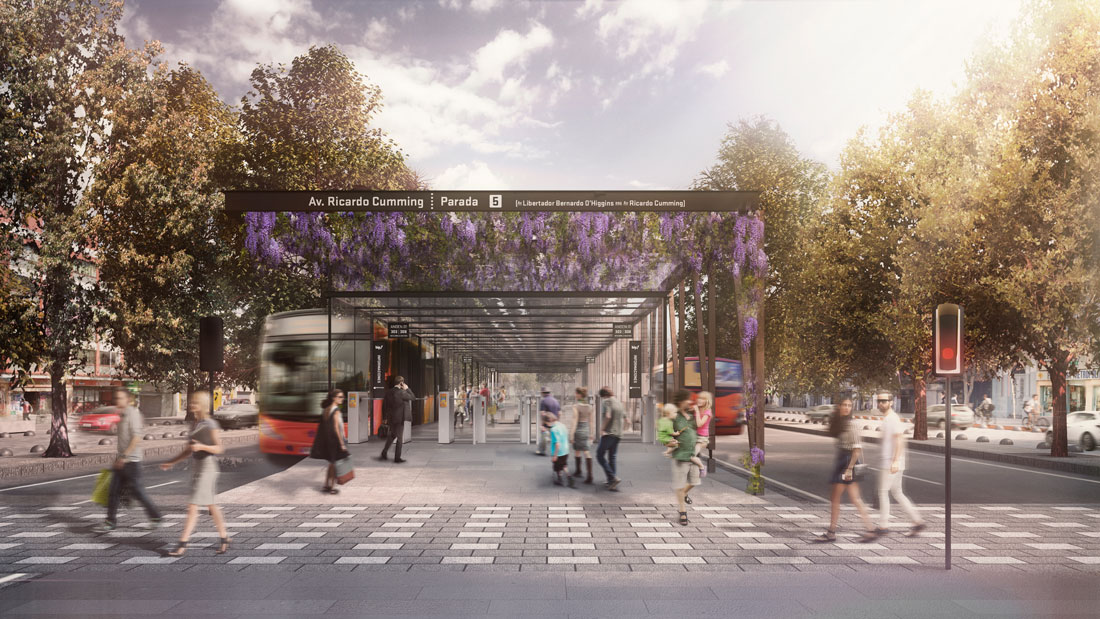 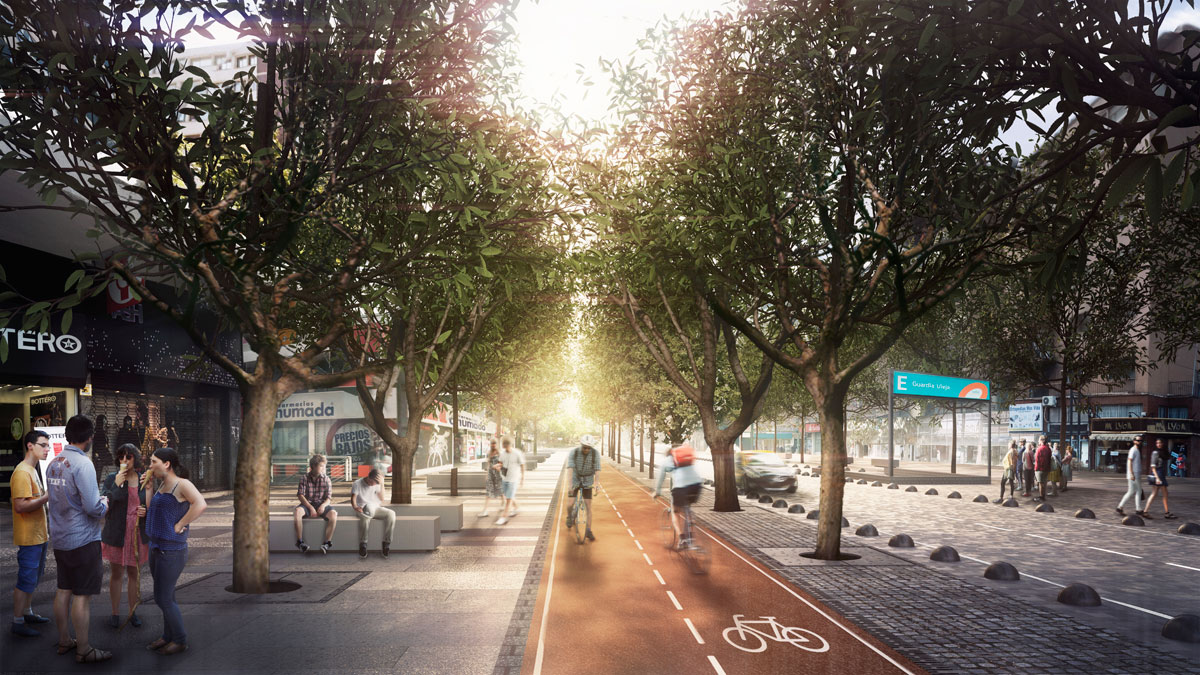 The intervention allows to rethink the use of public spaces, locating dedicated bus lanes in the centre of its axis and allocating a shared surface for pedestrians, cyclists, private vehicles and public transport users. This will create in turn, larger pavements areas and the maximization of public facilities such as bus stops and other architectural elements along its length.

This re-organisation of flows will convert Alameda/Providencia corridor in a linear Plaza, ‘Paseo Civico Metropolitano, as conceived by O’Higgins in the nineteenth century: a ‘field of civic liberty, a space for citizenship’. 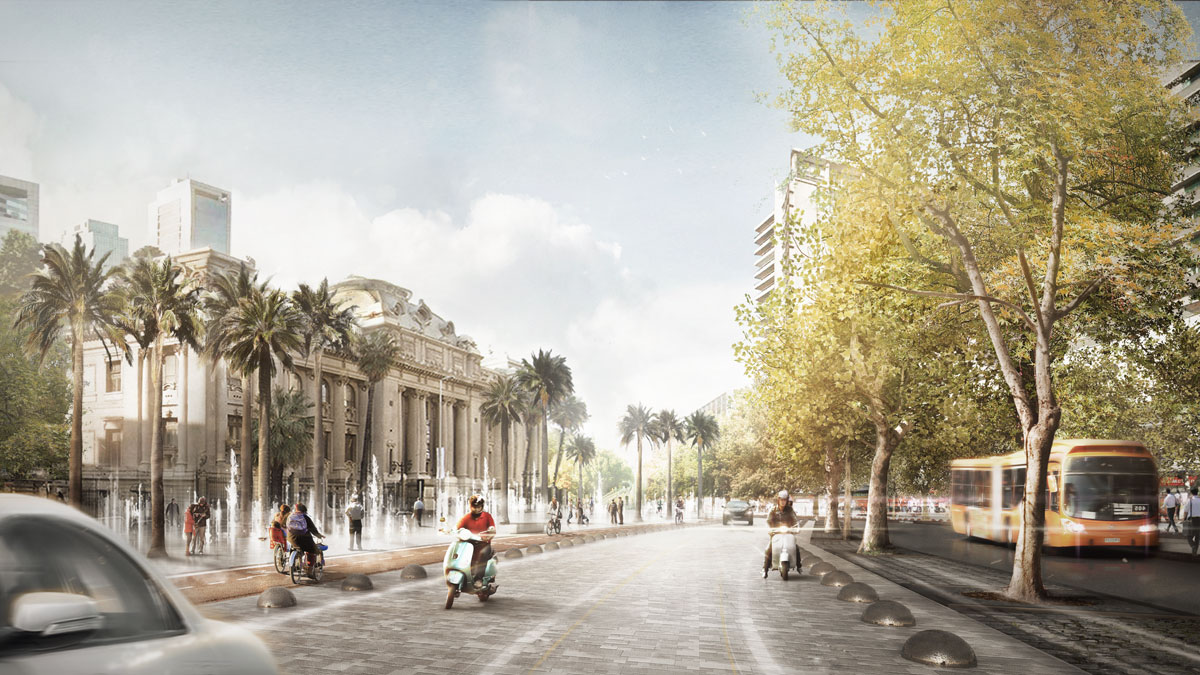 Main intermodal stations, such as Pajaritos station, Central Station, Baquedano and Tobalaba (among others), will fulfil their functions in a direct and efficient way, but generate recognizable public space the city. 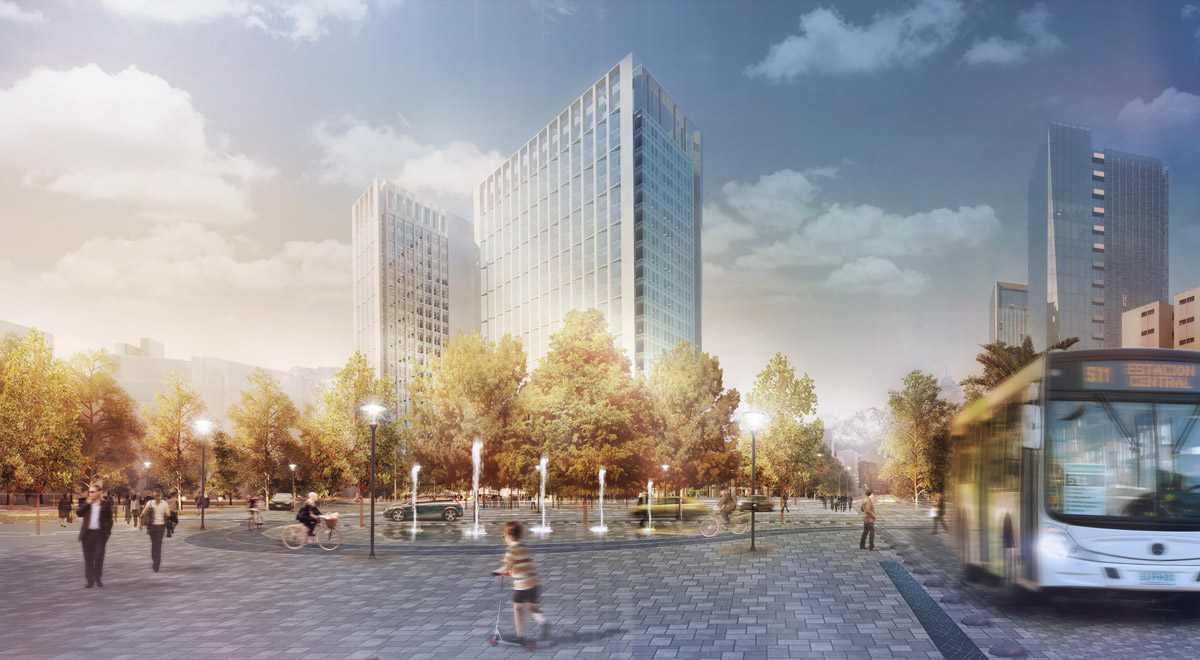 Paseo Civico Metropolitano will reorganize the flows according to their speeds and priorities ensuring efficient movement of public transport while clearing large areas ofr pedestrian public spaces and creating in this way good quality space along the entire axis Alameda-Providence. This public space will be characterized by two opposite and complementary atmospheres: On the one hand a tree-lined avenue proposed in all its lenght that will produces a tree tunnel, an cool environment marked by foliage and shadows. On the other hand, it will reveal remarkable sites, monuments and heritage buildings that the historical development of this urban axis.

List of Key Functions and Facilities: Bus Rapid Transport, Shared Streets, Water Sensitive Urban Design, Urban Forestry Strategies. Main purpose: Groundlab as part of a consortium made of LyonBosch Architects+Martic, Idom and Sergio Chiquetto won a major competition to redevelop the Alameda/Providencia Urban Corridor in the City of Santiago,Chile. The project comprises the design of a 12 km transport/urban corridor that enhances the public space and integrates public transport to the civic life of the city by prioritizing pedestrian and bicycle movement. It creates a linear plaza framed by water and tree landscape that brings back the character of the corridor as an ‘Alameda’.

« Marsala, IT
The Burden of the Present: On the concept of urbanization »