A BUILDING WITH HISTORY

The first historical documentation of this factory dates back to June 1875, when the textile manufacturing company owned by Ramon Gal and Juan Puigsech opened very close to the building, near Pellaires Street. A year later, Agusti Coll i Torné acquired the facility, and then the business passed from owner to another until 1927, when August Ramoneda bought the factory. His company closed down in 1940 as a consequence, among other reasons, of the constant bombardments that affected the area during the Spanish Civil War. From 1940 to 1950, the building was occupied by several workshops. Facing demolition during the urbanistic reform planned before the ’92 Olympic games, the building remained standing thanks to the installation of studios for artists and professionals, who are still writing the history of this city block today. 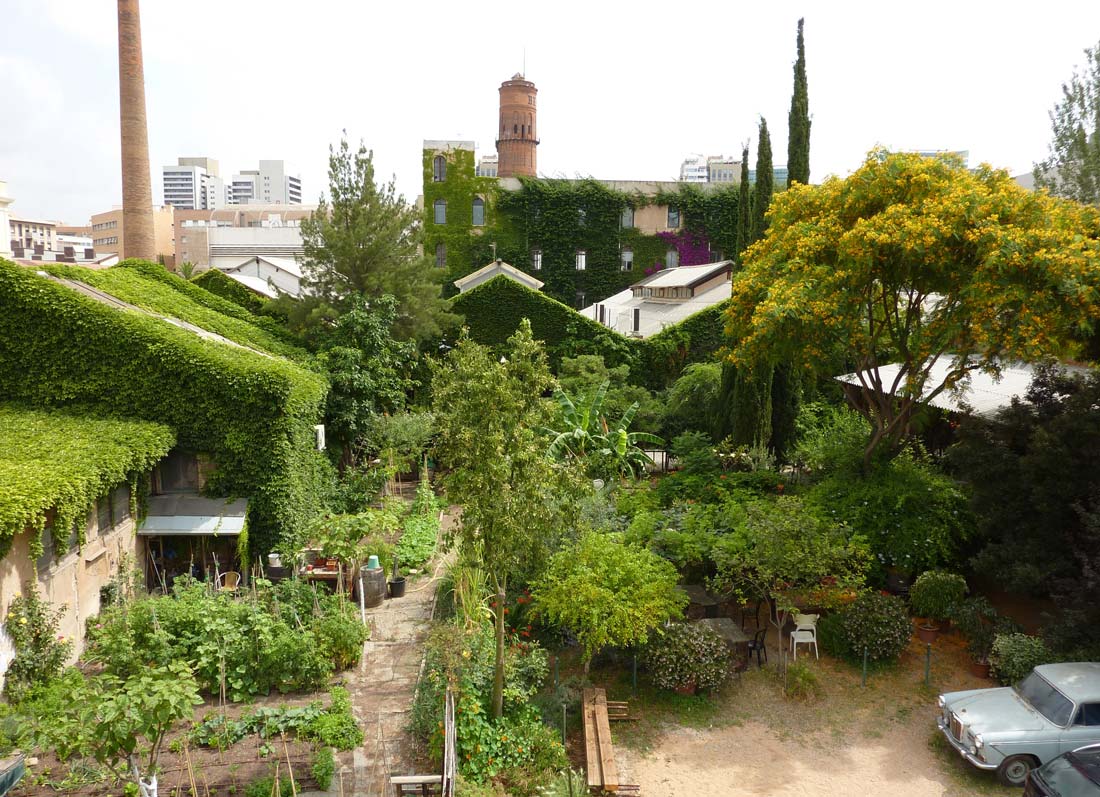 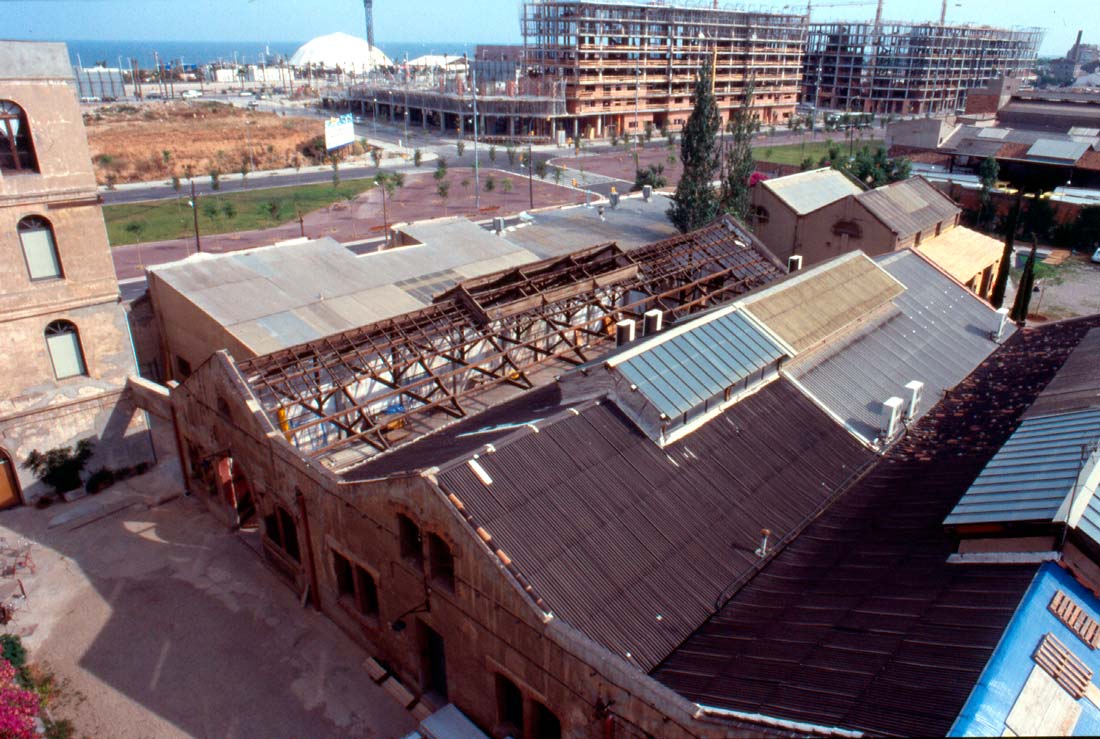 Both can be used to hold exhibitions, parties, and other similar activities, or also a set for shooting of advertisements, television or cinema. 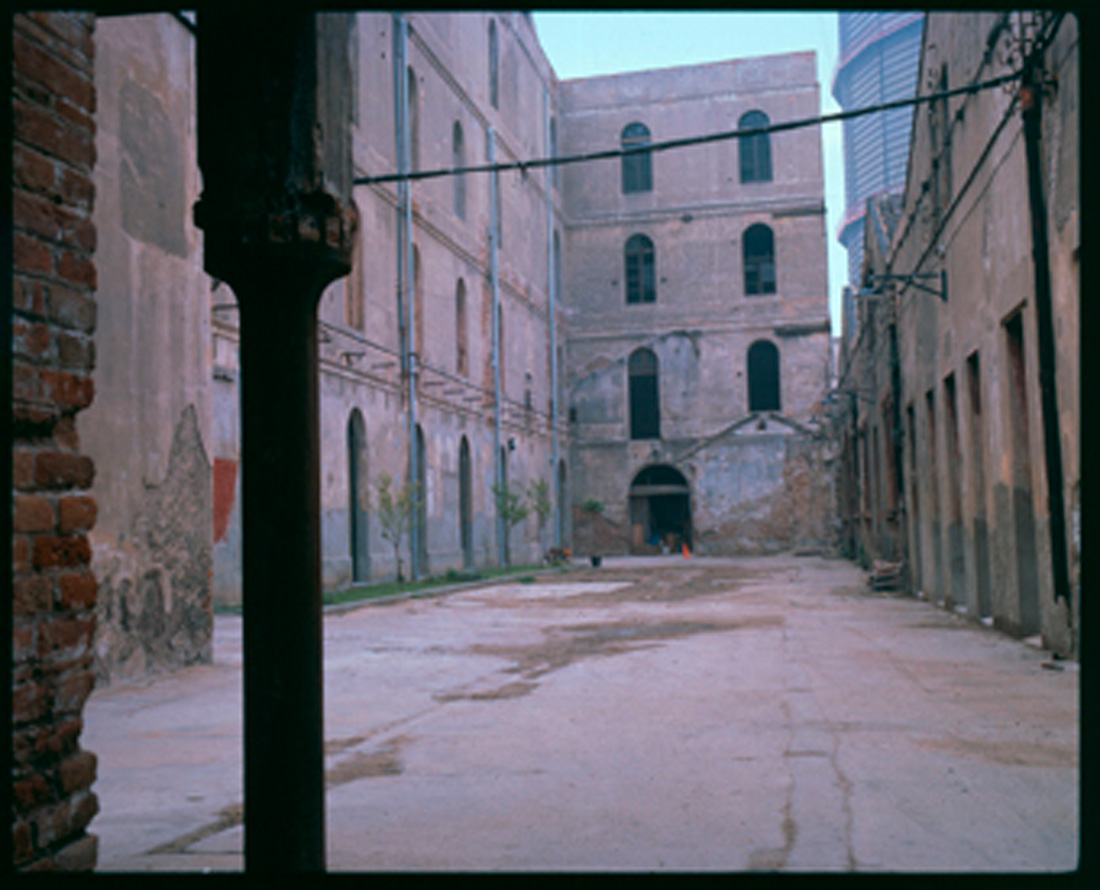 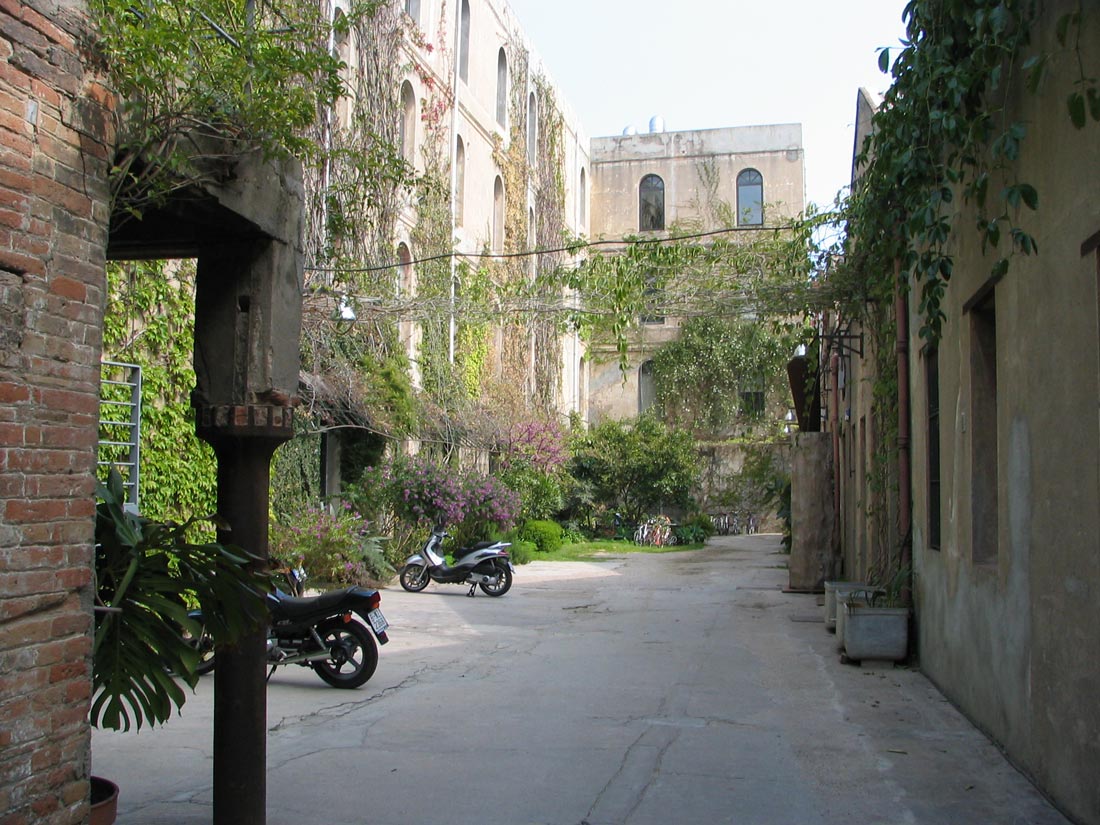 The interior streets that cross the Palo Alto premises have been landscaped following a project by Pepichek. Pepichek Farriol, apart from taking care of the garden, has conceived a luxuriant and multicolored space, populated with plant varieties and aromatic itineraries. As far as possible, he takes care of it following ecological principles. The space is full of views, landscapes that change from every angle and which allow the inhabitants of Palo Alto to have a walk, to sunbathe or shade bathe and eat or talk in every of its corners.

In the garden multiple plant varieties live together, not like in a botanical garden but grouped by forms, textures and colors. Some of the vegetation attracts insects that are predators of certain plagues. Birds, lizards, fish, turtles and frogs are attracted by the flowers or by the water of the pond, where there is a call of life to life. Poli watches over the beautiful vegetable garden and fertilizes it with compost made of waste from the organic garden. 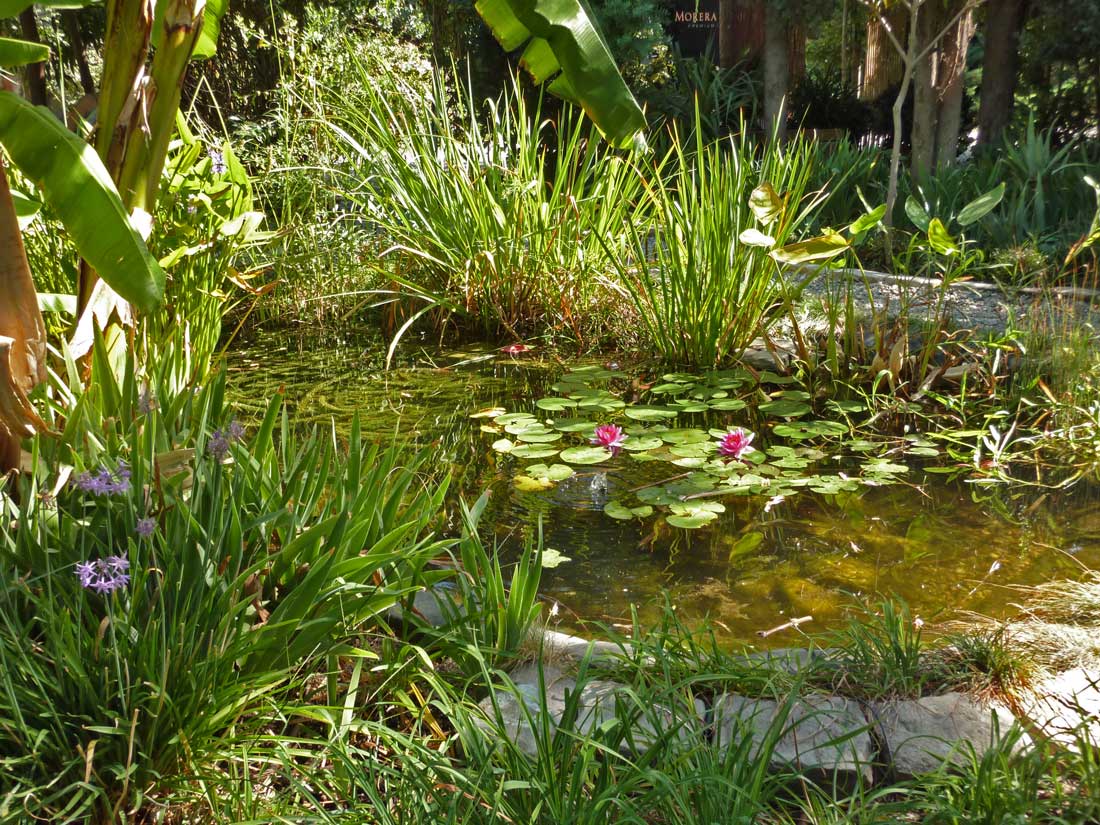 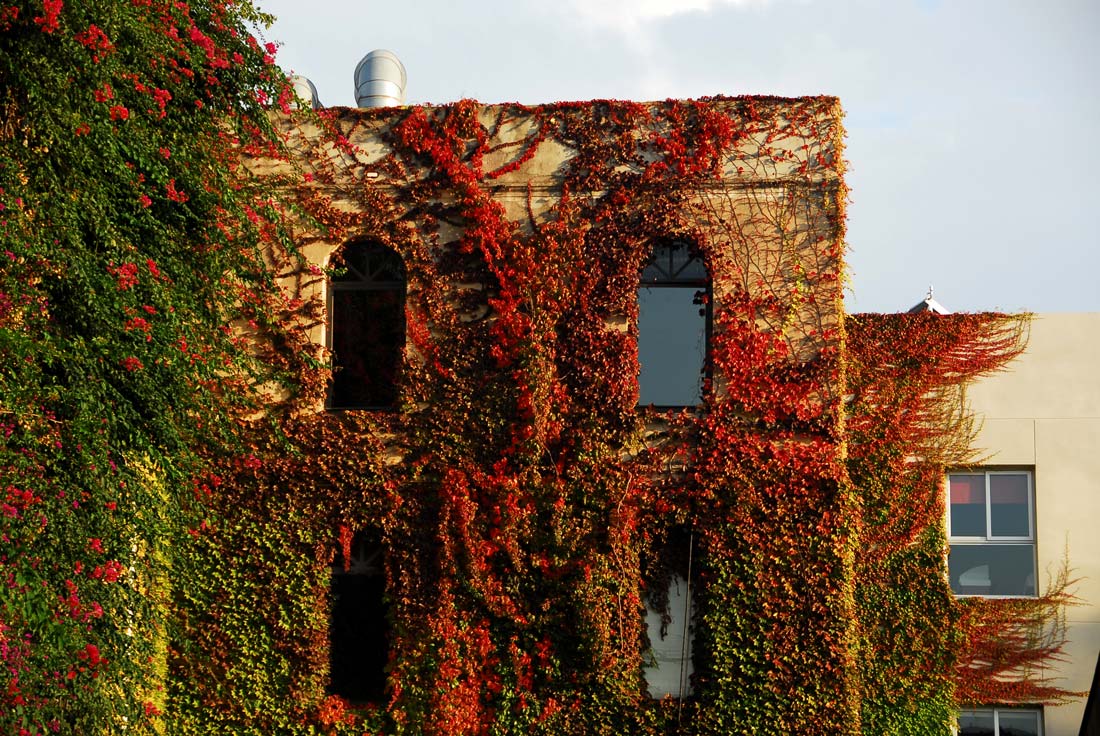 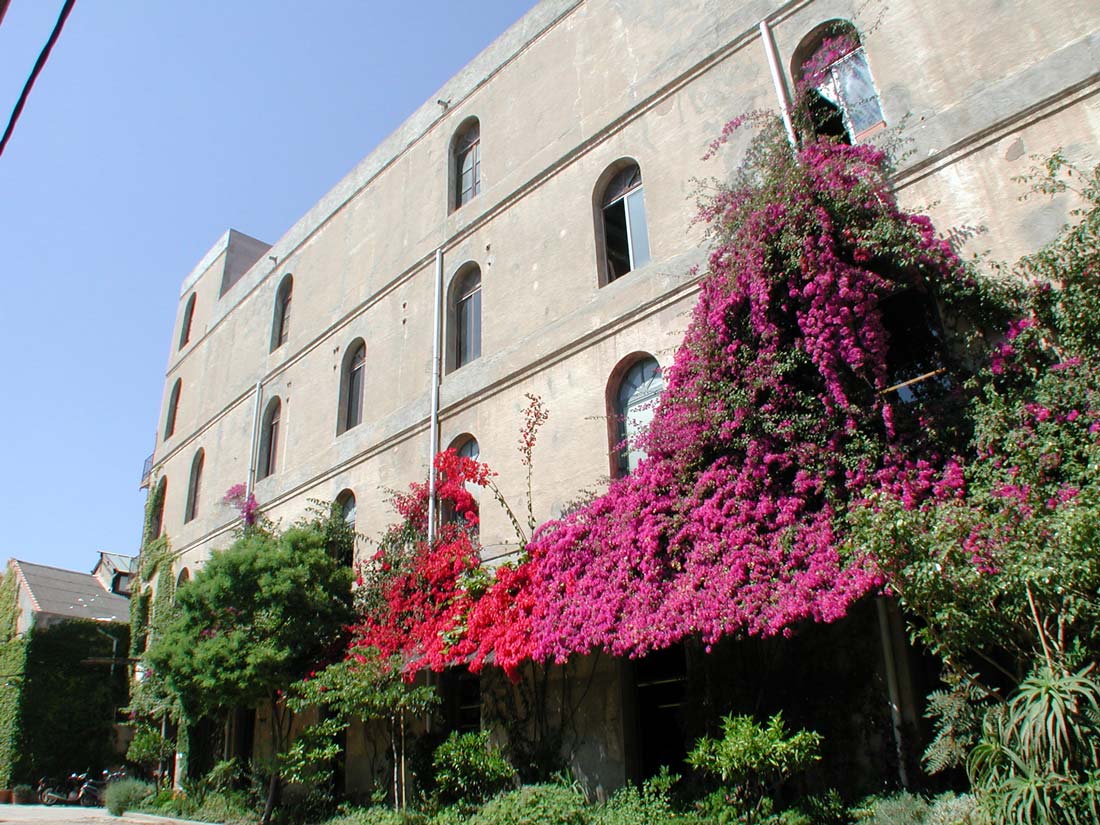