The school consists of 14 classrooms, located on the edge of fields north of the village of Gidy, not far from Orleans. It meets the need for expanding the offer of nursery and primary education that has resulted from an increase in the local population. 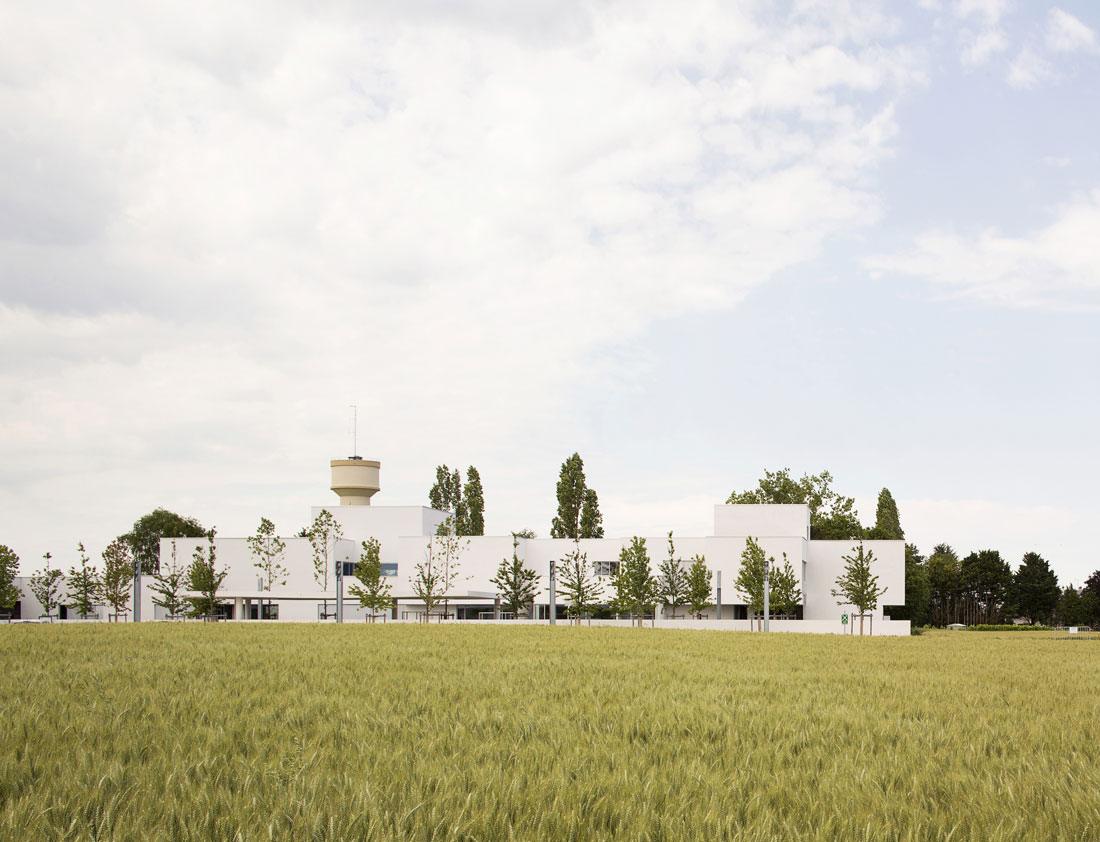 This large building does not fall within the standards for urban architecture. Its village atmosphere is achieved by applying volumetric arrangements that make the building appear smaller than it is. 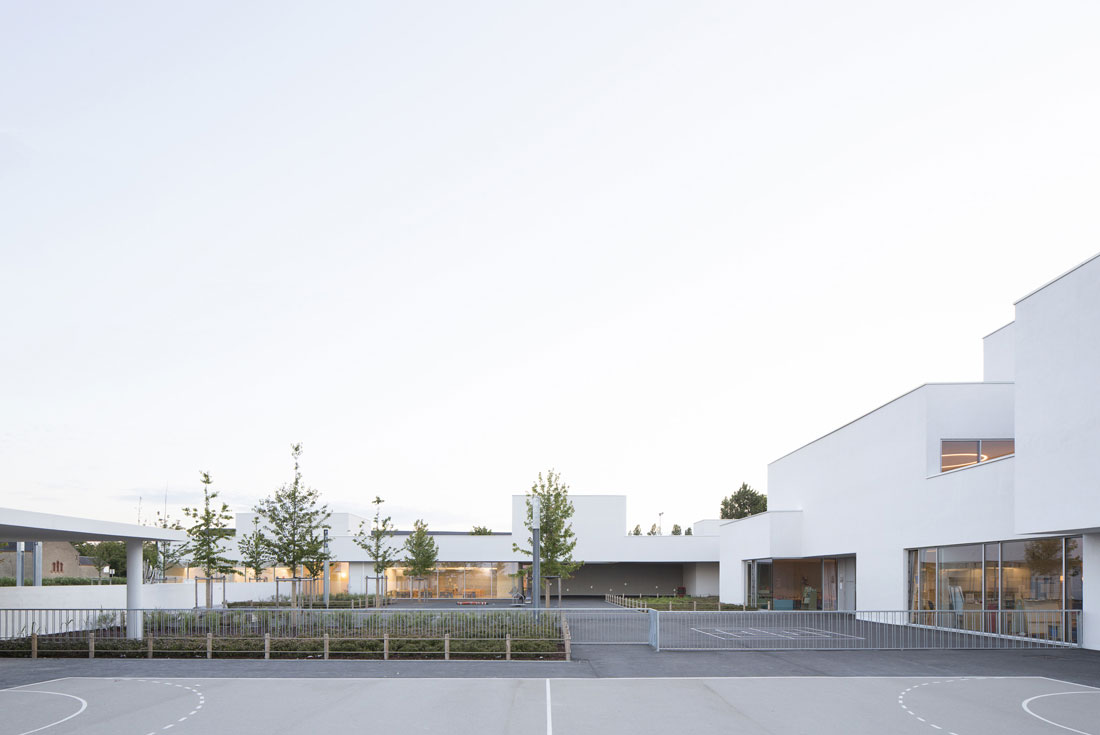 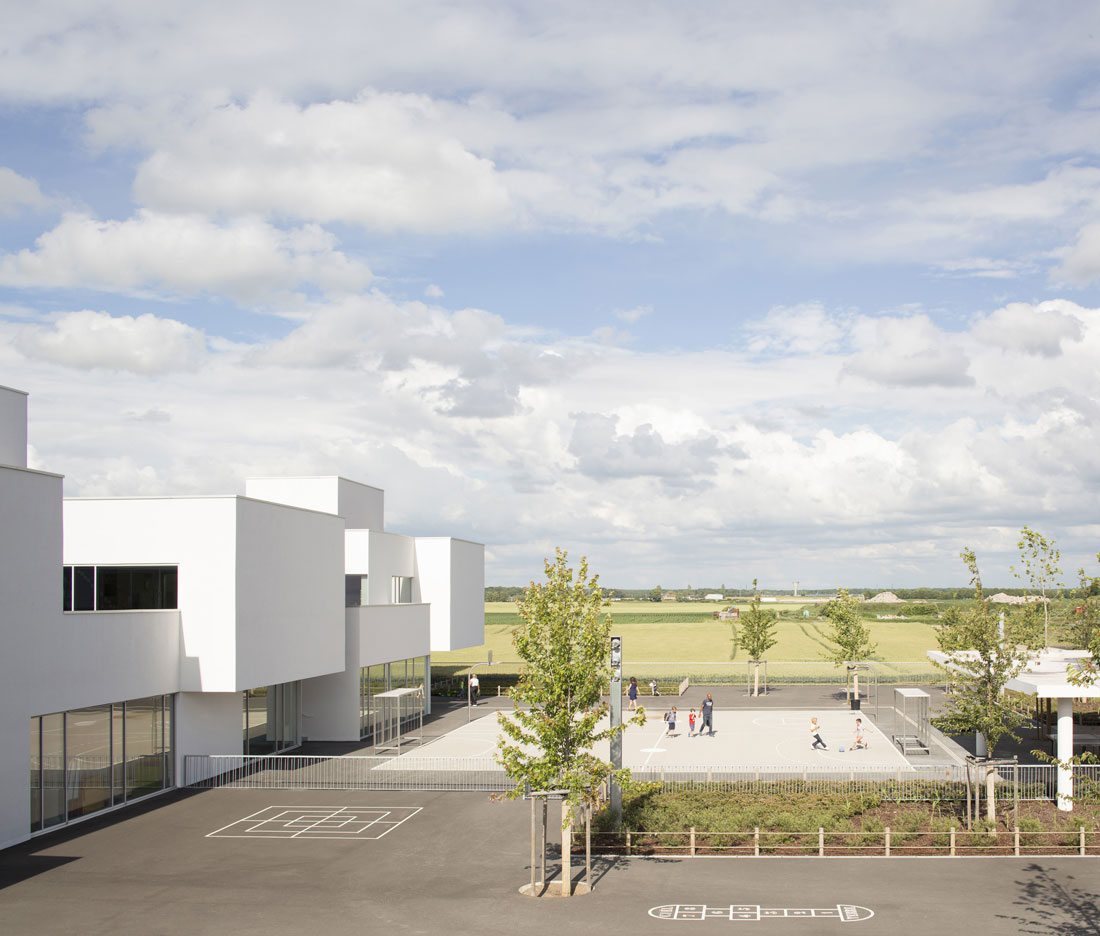 The outdoor areas are divided into a number of layers. The line of the parking area follows that of the forecourt, which blends into a wood, creating a link between the wood and the school’s playgrounds, providing not only a transitional link in terms of landscape, but also an educational link. The two playgrounds, situated alongside one another, open out towards the village of Gidy and the broader landscape. They are designed to extend the geometric line of the building, providing two separate entrances to the school from the street on two levels: the nursery school is on the first level, the primary school on the second. 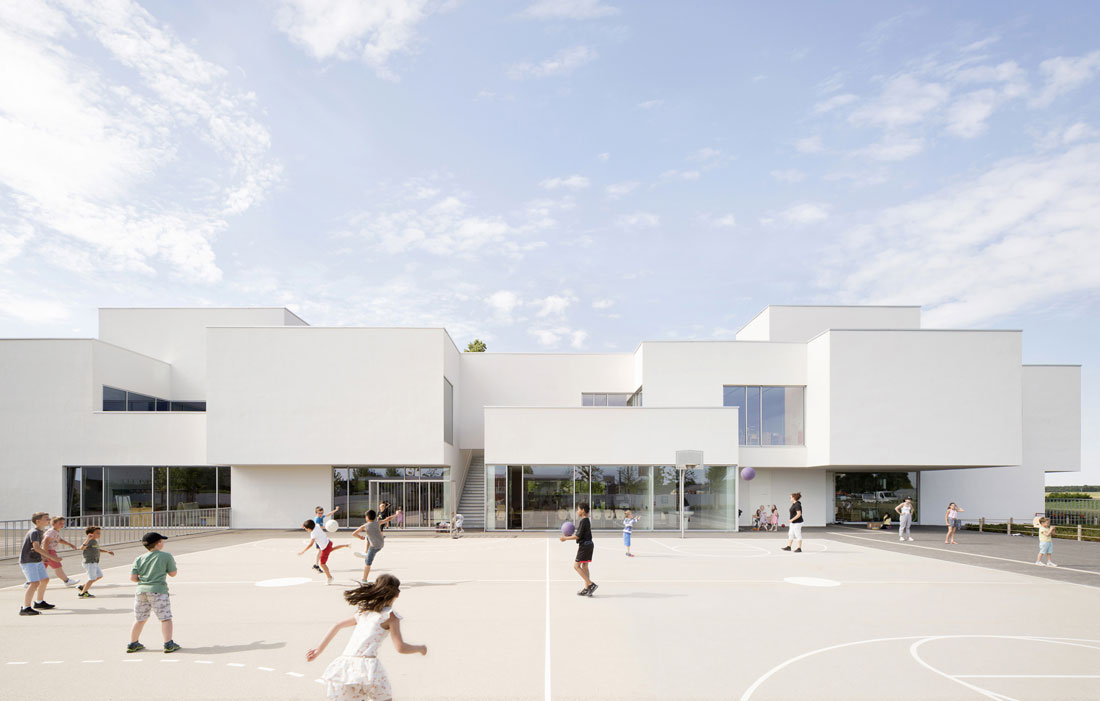 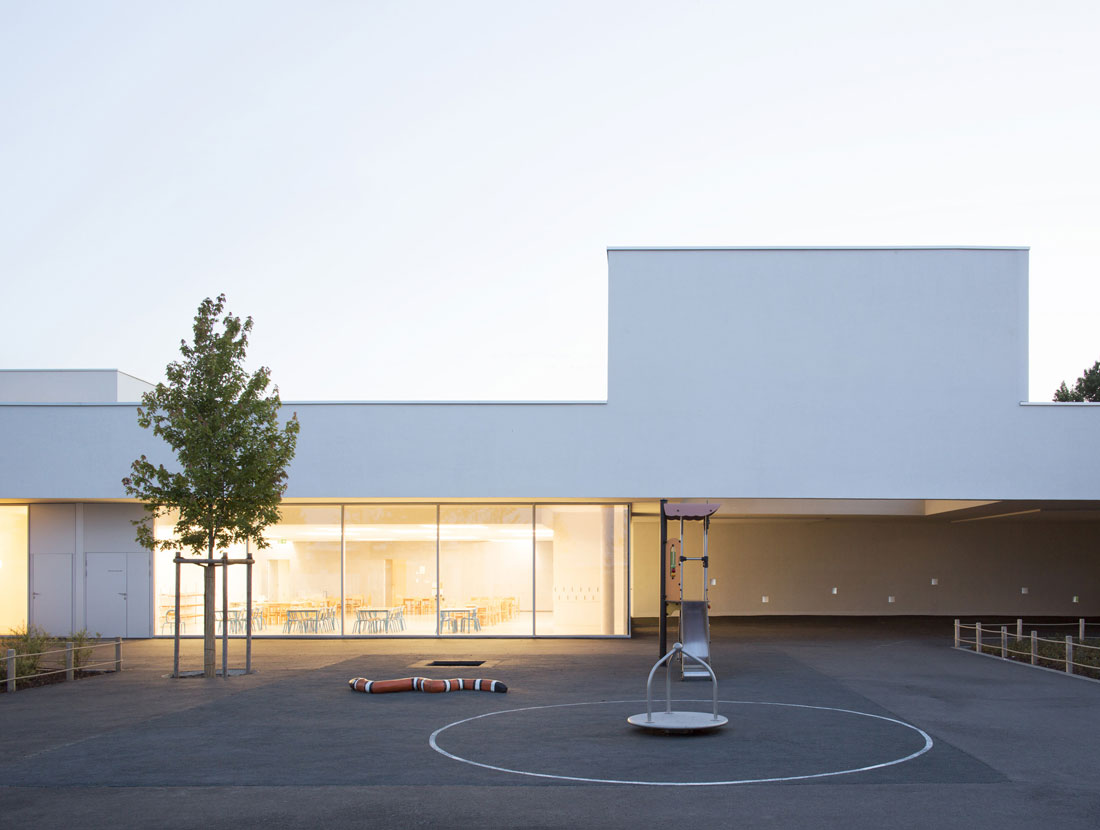 The proportions of the hallway vary constantly; it runs diagonally and offers the advantage of natural light. The irregularities break up the hard lines of the circulation area at is expands in both plan section, offering interesting paths and alternating views of the outside. The same principle is applied to the classrooms: they are designed as small houses of different sizes, and each one faces in two directions. On the upper level, the classrooms open onto a terrace, an arrangement that also makes outdoor educational activities possible. 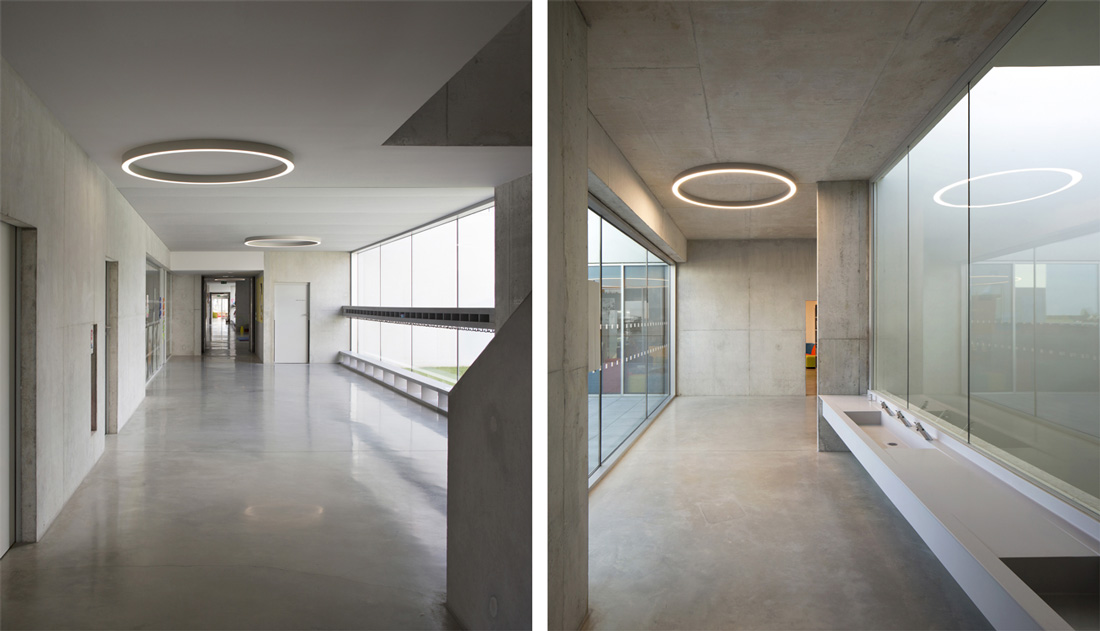 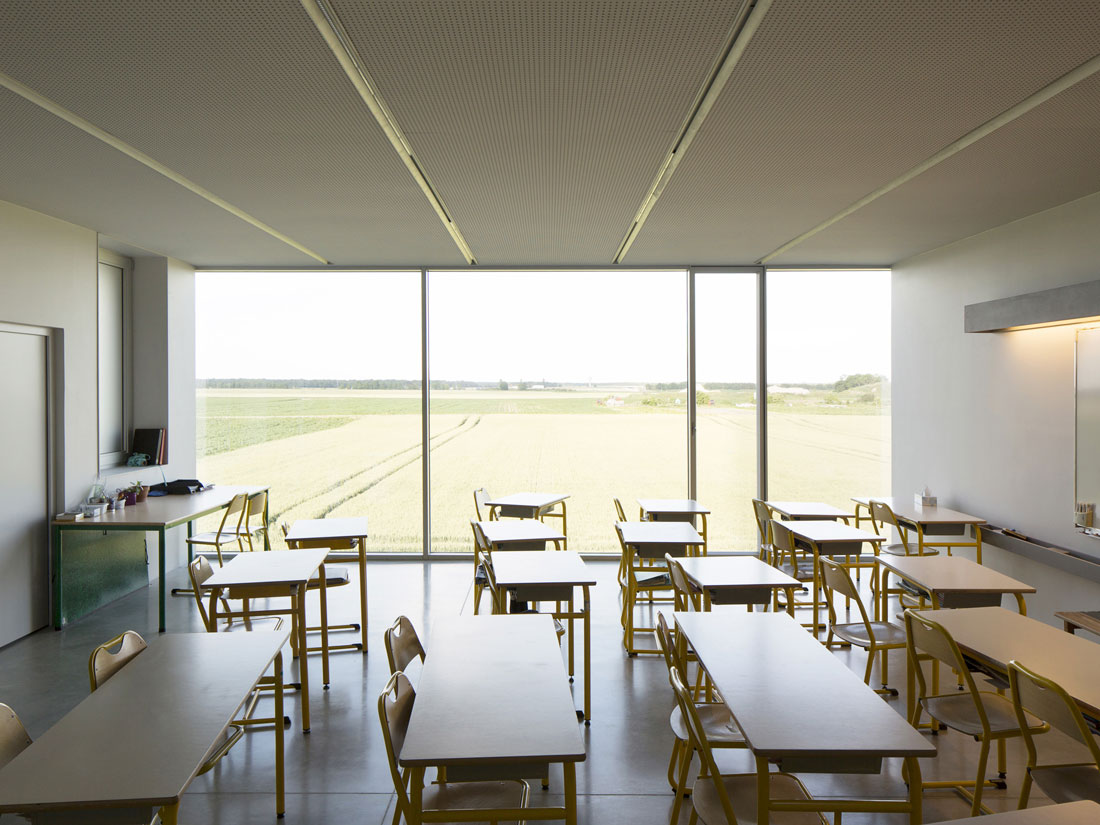 The other elements in the programme, including the canteen, restrooms and the library, are distributed around the building, adding to its visual depth. As a result, the multipurpose hall is totally open to foot traffic, again allowing the space to expand, since the play of transparency permits the building to be read on a number of levels. These arrangements ensure that the building helps the children orient themselves: they are able to appropriate the different areas and feel comfortable in them. By seeking to create indeterminate places, the building avoids having areas with a single function and is able to offer greater flexibility; as a result, the schools create places that are more open and more individual.