The OE House is a montage. The clients wanted a double house, so they could move from one half to the other according to their state of mind. They did not like to spend their holidays traveling; they preferred to move downstairs and do it for real, closing the quarters above. We provided them with two well-known domestic environments—the open frame of the case study houses for the hedonistic pleasure of the warm season, topped with the interiorized existentialism of Le Corbusier’s Maison Jaoul for the windy months in the Sierra de la Mussara. And we did it literally. The resulting exquisite corpse—wrapped in the quintessential Spanish architectural prop: shutters—ensures the schizophrenic differentiation of the two modes of habitation while negotiating the impossible encounter of both types. 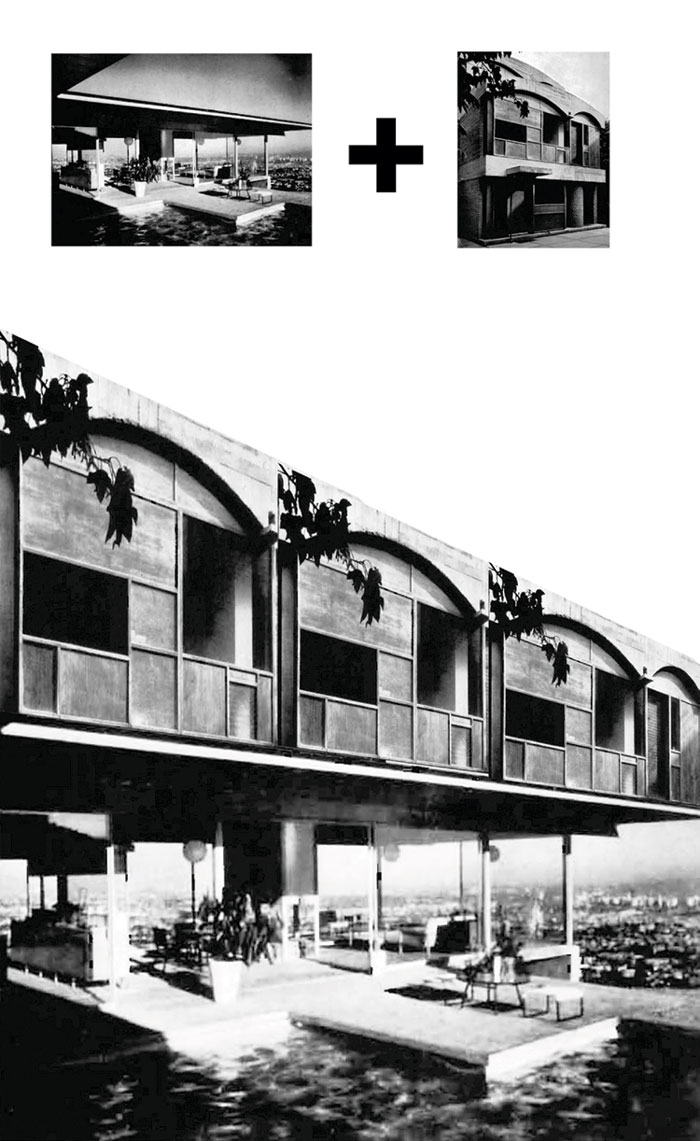 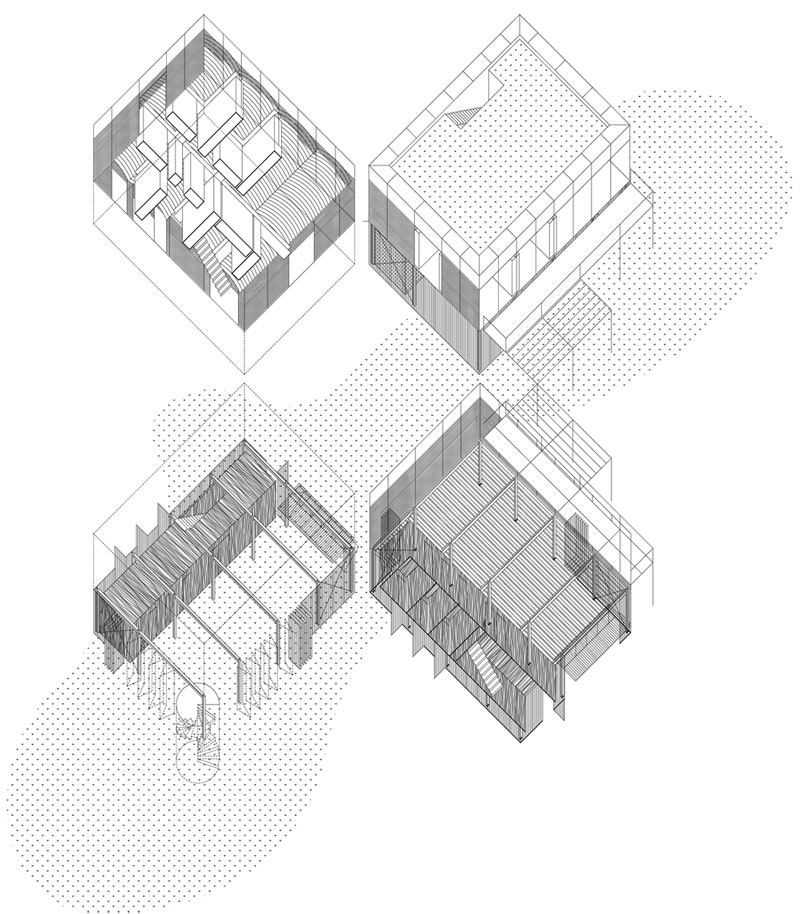 The OE family wanted a mas (a traditional Catalan farmhouse) with two homes in one: a summer house on the ground floor and a winter house on the first floor. The site was a hazelnut orchard at the edge of Alforja, a rural town with a climate that is more extreme, cold and windy than the rest of the El Camp region. We researched the local rural building typologies and the possibility of a seasonal membrane that could respond to daily weather changes. Learning from anonymous neighboring case studies, we reached an intersection between a mas and a peasant’s storehouse. Developing open source systems and interchangeable ingredients, while exploring two tangent extremes between archaeology and innovation, we reclaimed the almost forgotten local technique of the Catalan vault and adapted industrialized components that came from afar so that the house could be built in twelve months. Choosing the wrong contractor drew the process out over four and a half years. In the meantime, the bank cut back the initial agreed upon loan by 30%. In order to save the house, we explored a radically optimistic management of adversity and uncertainty, where each setback was an opportunity to build a cheaper and better-made home, with elements of collage and an air of bricolage.

The clients, the OE family, lived directly opposite the site. Each summer, they played and bathed among the hazelnut trees on the construction site and camped on the roof while their new home slowly grew. This long-shared resilience test brought us into a close relationship with the family, the builders and the local craftsmen. To celebrate, we invited everyone to a calçotada (a traditional winter feast), where we cooked and had fun together. 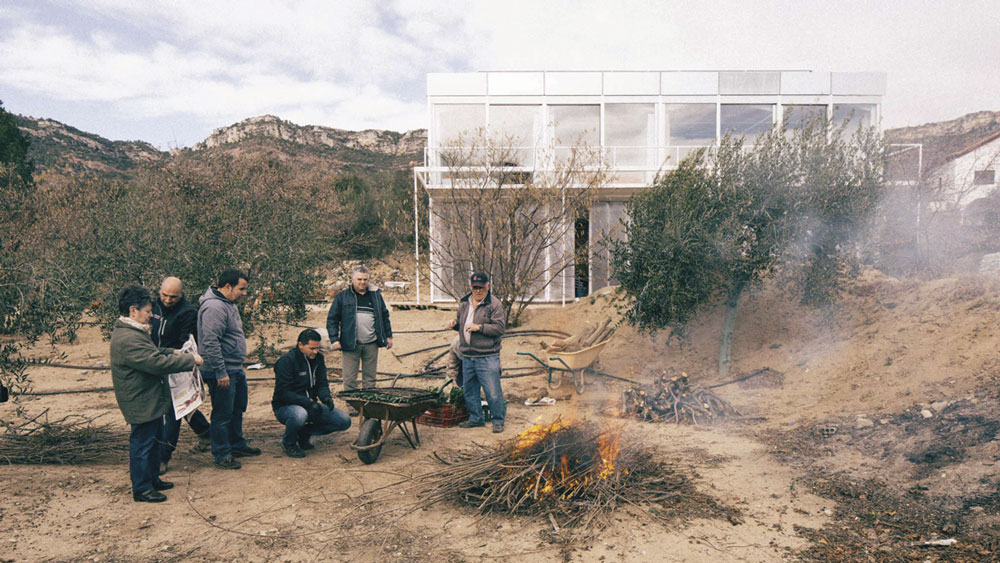 « The Architecture of Villains: Dr. No
Box House »