As one of the first new-generation Neighbourhood Centres commissioned by Singapore’s Housing and Development Board (HDB), Oasis Terraces serves the public housing residents of Punggol, bringing together a shopping centre, a polyclinic and community amenities in a single building. The primary architectural challenge for us here is to cohere these diverse programmes into a legible whole, with an architecture that is both familiar and surprising. 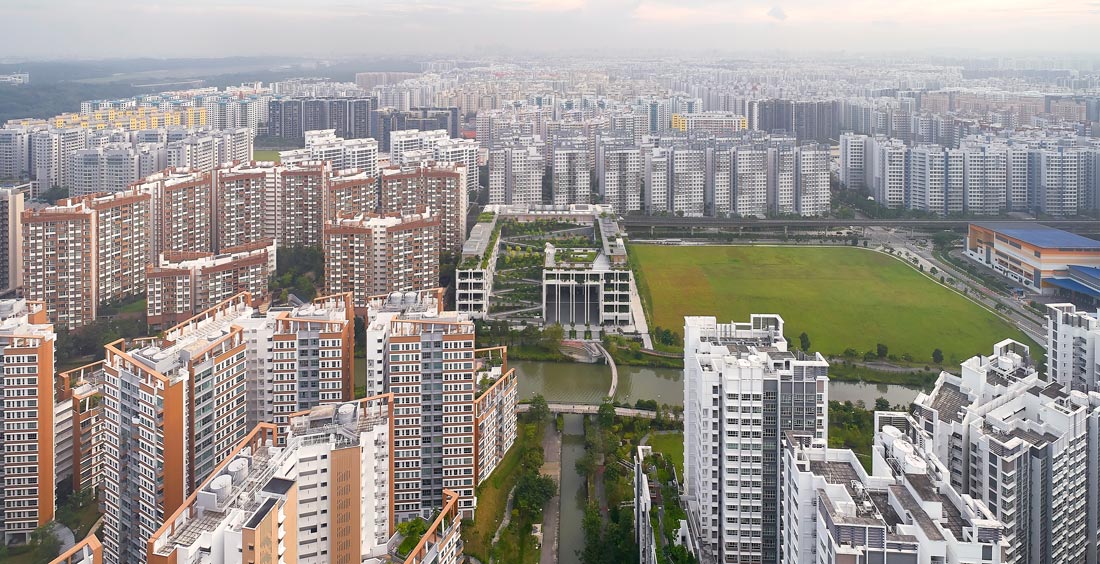 The architecture of HDB’s housing blocks in the 1970s and early ’80s was instructive: the open frames of the common corridors leading to individual apartments formed an impressive and civilising framework for the housing blocks and the wider estates. Secondly, the void decks on the ground floor, articulated and delineated by fin walls resemble communal porticos and colonnades, capable of hosting a diverse range of communal functions: weddings, funerals, mah-jong games and even futsal courts. They strongly echo Aldo Rossi’s 1972 Gallaratese housing project in Milan. 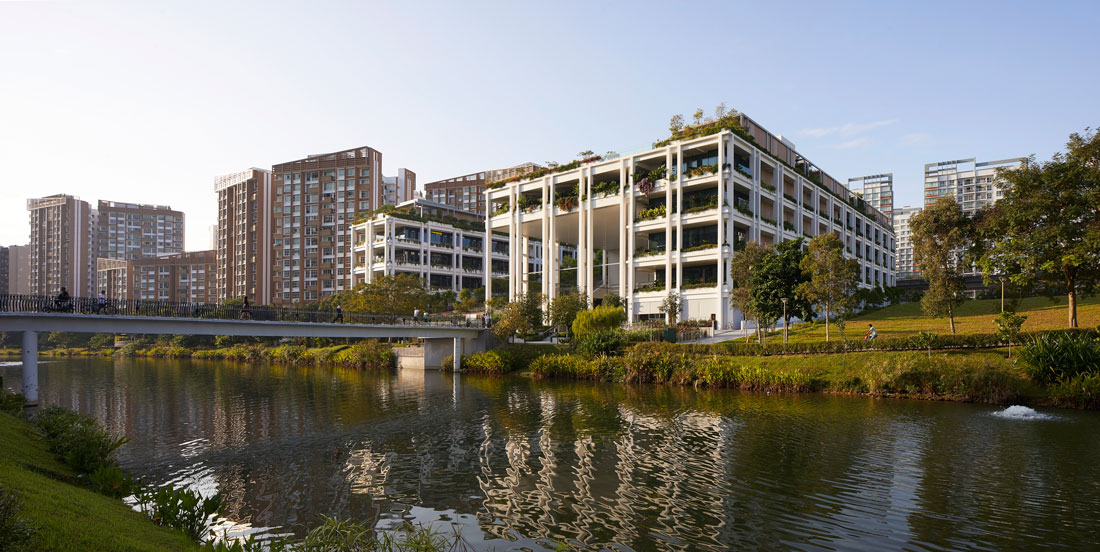 We transposed this grammar of open frames as an architectural framework, a container of social life. This is expressed as open verandas that surround the entire elevation of the building, framed by double columns. These spaces provide the crucial spill-out areas for dining functions facing the waterfront and as breakout spaces for the polyclinic. The same double columns also frame a 16-metre-tall covered social plaza, deliberately placed to front the junction of the two waterways. This plaza both contains and displays community events, representing and performing its function in equal measure. 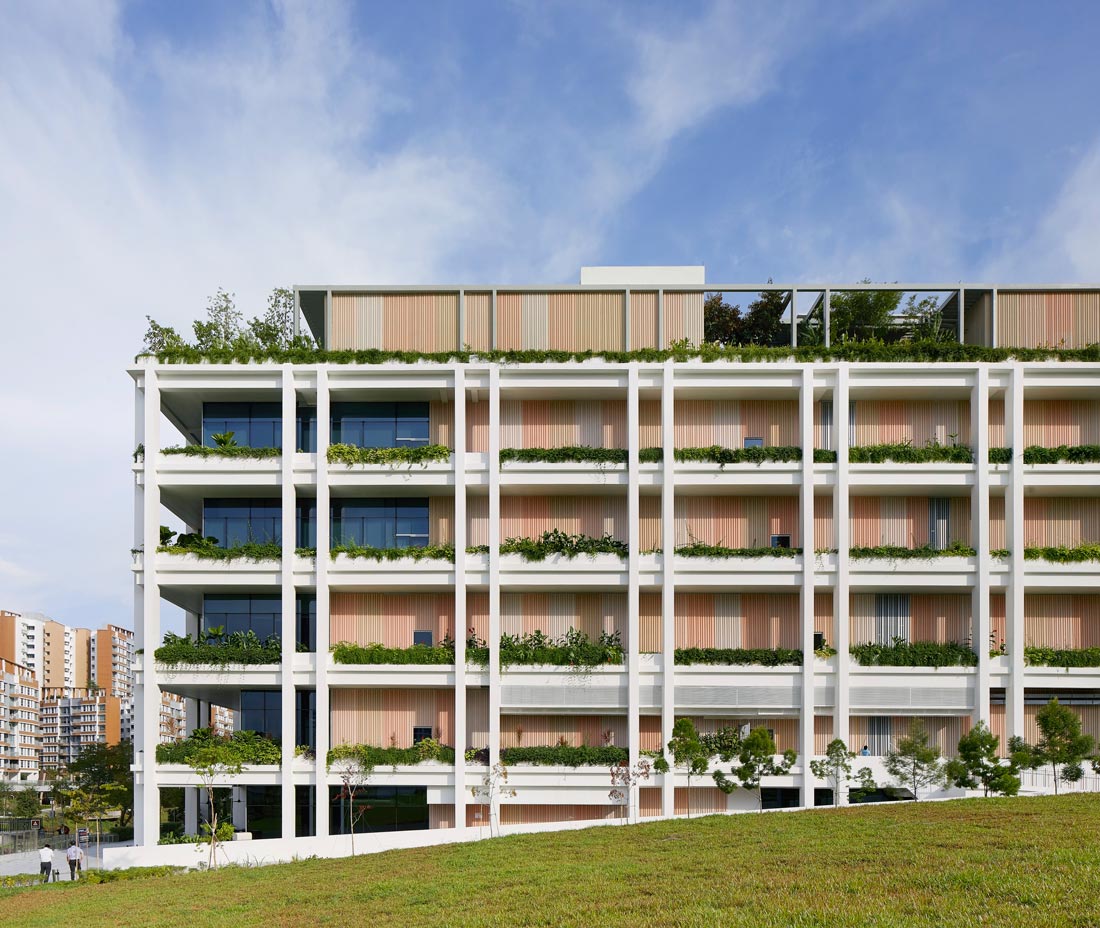 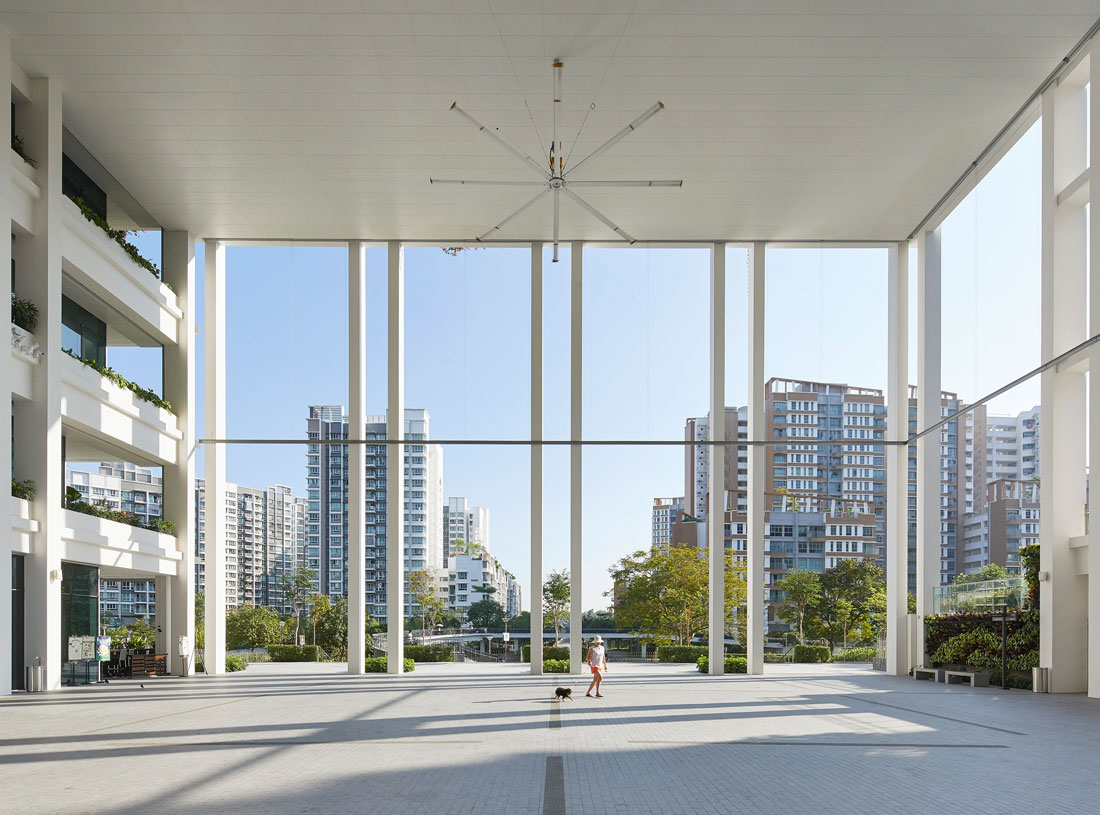 The third element, landscape, is used to generate activities that cultivate communal bonds in the neighbourhood centre. Fronting the waterways, a series of terraced gardens cascade down from the roof to the waterfront, forming a landscaped amphitheatre that faces the defining feature of the site. The universally accessible terraces also provide open spaces, gardens, play and exercise areas for both the shopping and polyclinic sides of the project. As the terraces wind up the building, they also stitch together its two open arms. From the top of the terraces, the waterway is framed by the arms of the building as well as the 16-metre-wide social plaza. 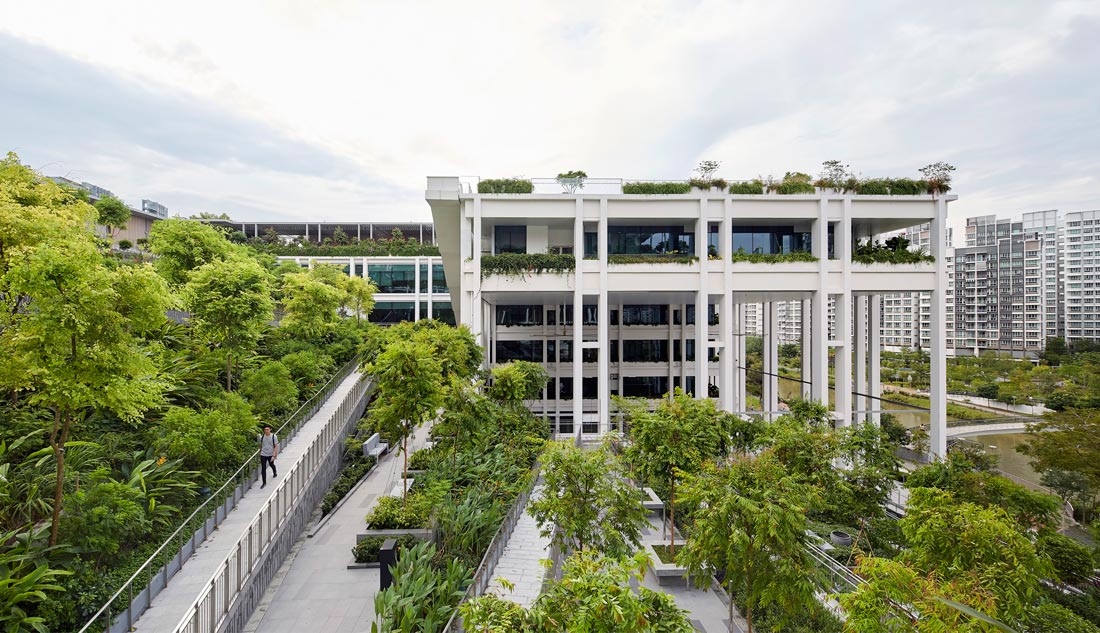 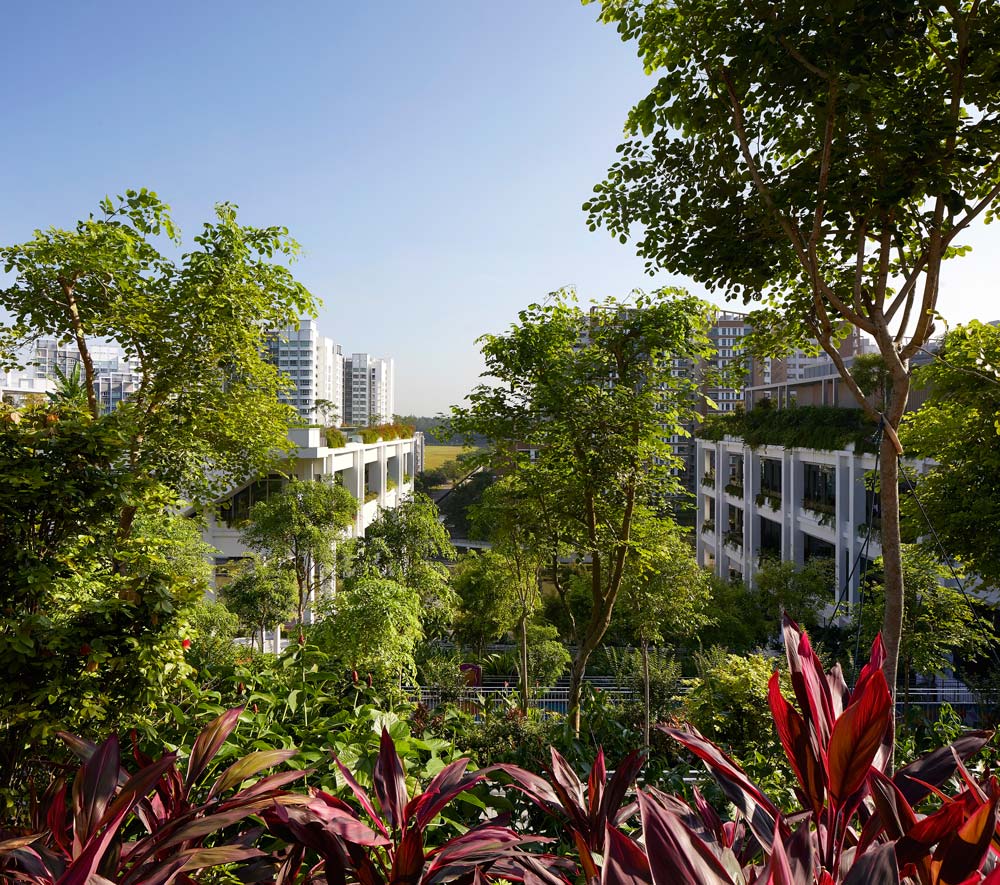 On a meta-critical level, Oasis Terraces demonstrates the possibility of revalidating and transposing the grammar of persistent architecture. Abstracting and repurposing architecture that has been sanctioned by use and time into our own contemporary period serves to create an architecture that is new and yet strangely familiar to all. A familiar architecture, as a common framework, tends to blunt and regulate the rapid rate of change and urbanisation today. It also sets up a dialogue between the works of architecture of different periods and takes the creation of architecture as an artistic practice that belongs to a wider body of work and knowledge. In other words, it reasserts the primacy of working typologically.