National Kaohsiung Center for the Arts

The Wei-Wu-Ying Metropolitan Park, the site of a former military complex, is the location for the new National Kaohsiung Center for the Arts. The complex features a concert hall, an opera house, a theatre, a recital hall, and a large outdoor seating area. Hosting a total of 6,000 seats and the most technologically advanced theatre facilities, the new cultural complex will draw world-class performing artists and theatre companies. The National Kaohsiung Center for the Arts will become a new icon for Kaohsiung, the largest harbour city in Taiwan and one of the largest harbour cities in the world, with 1.5 million inhabitants. 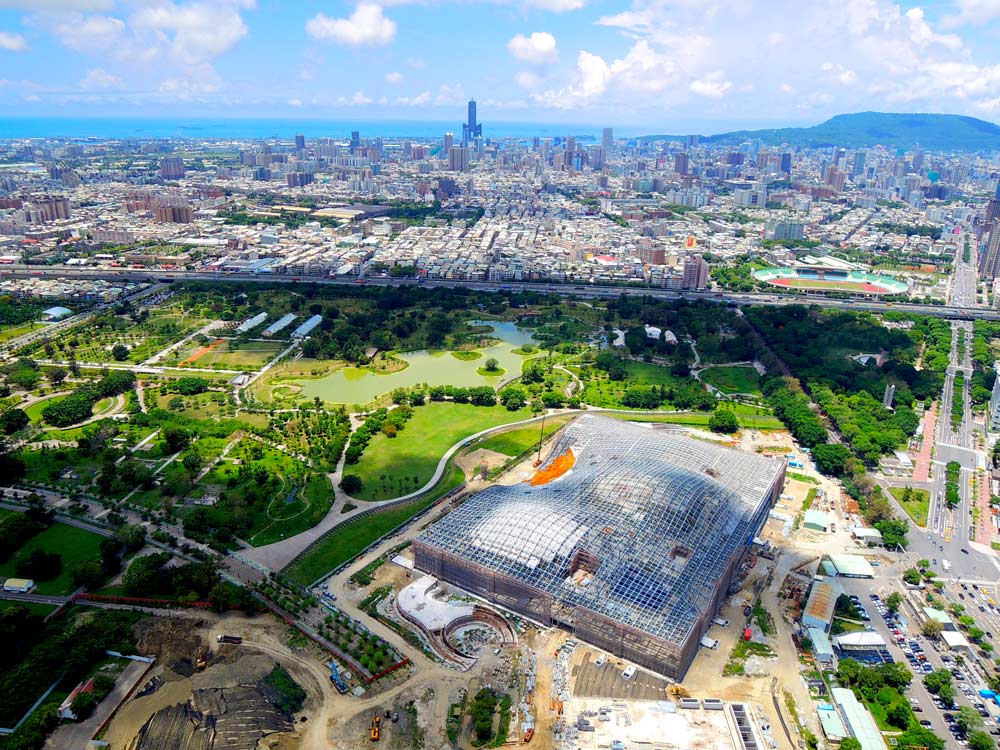 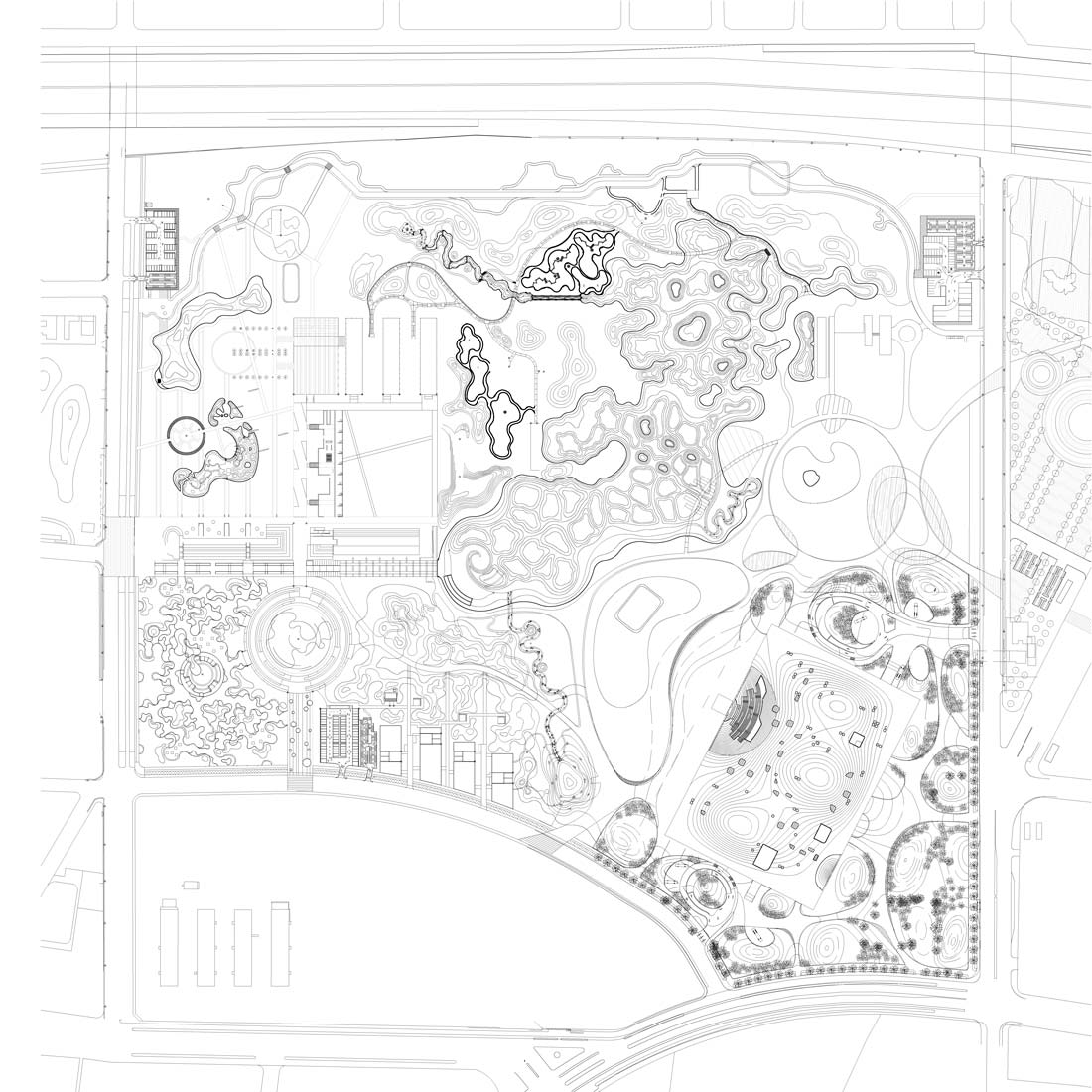 Evolution into a modern cultural city

By building the Center for the Arts, the city will symbolise its evolution from a harbour city to a modern cultural city. The high-speed train between Taipei and Kaohsiung is complete and there is a new metro system. The surrounding 65-hectare park is an integral part of the design brief. Francine Houben, director of Mecanoo architecten, presented the winning competition design to an international jury of architects, theatre specialists and impresarios. Mecanoo’s design was unanimously selected because of the building’s strength in expression, its integration within the park, the efficient logistical planning, the advanced theatre design and the building design’s response to the subtropical climate of Kaohsiung. 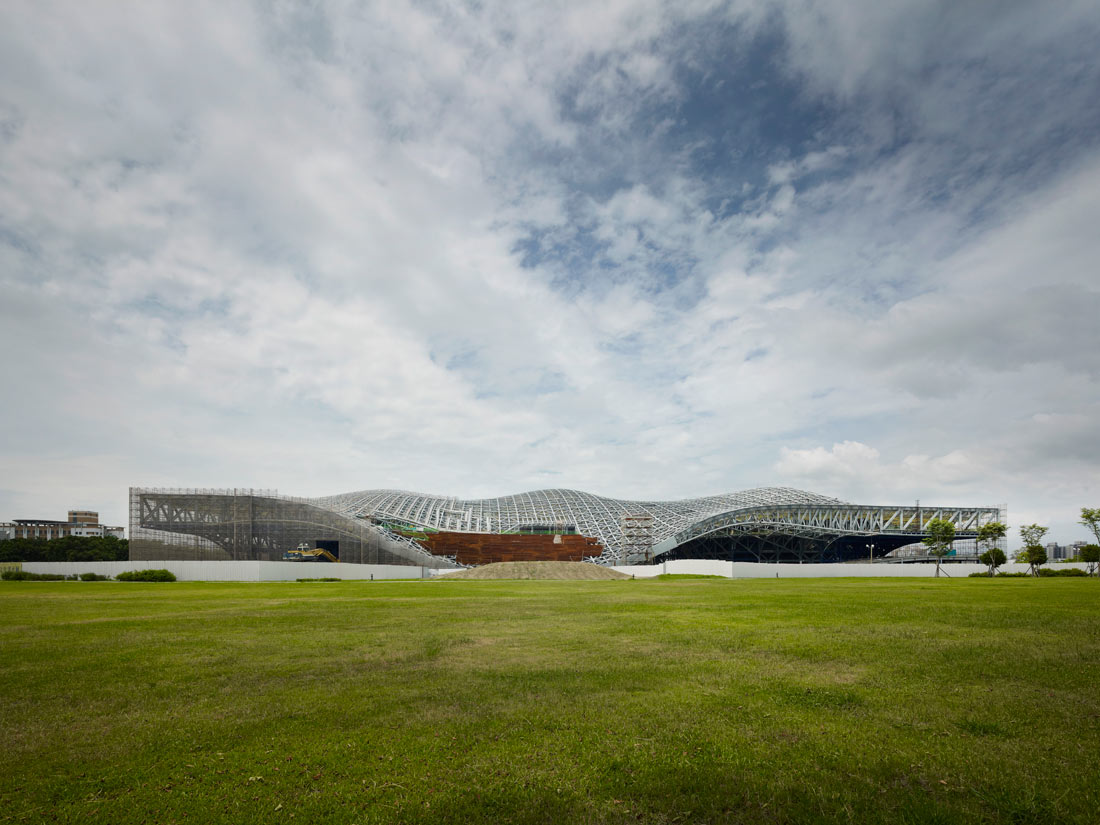 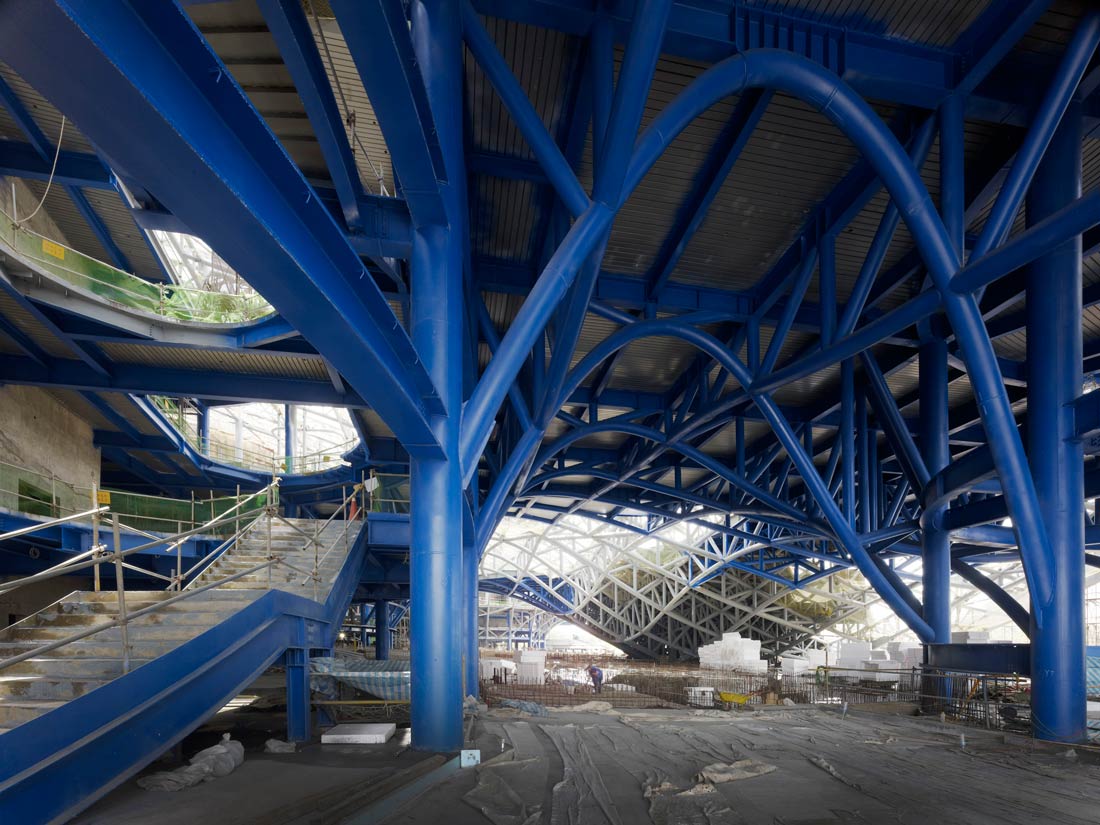 An important source of inspiration for Mecanoo’s design was the abundance of centuries-old banyan trees on location. As one of the world’s largest trees, the crown of the Banyan can grow so wide that, according to legend, Alexander the Great took shelter underneath one tree with his entire army. 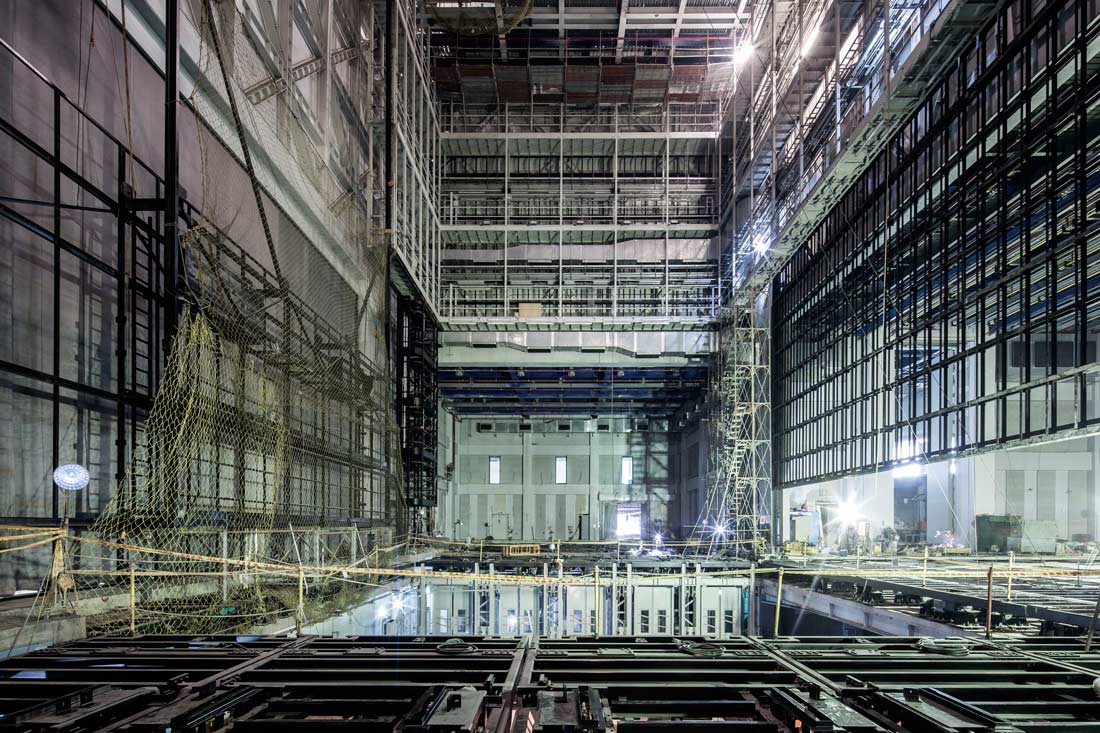 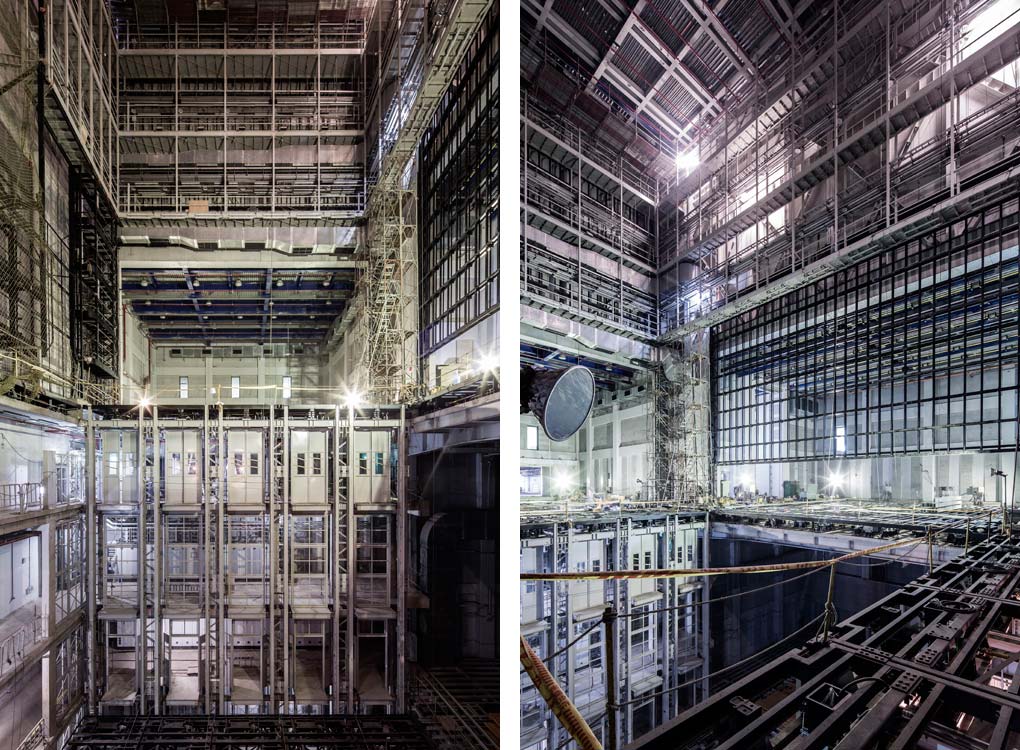 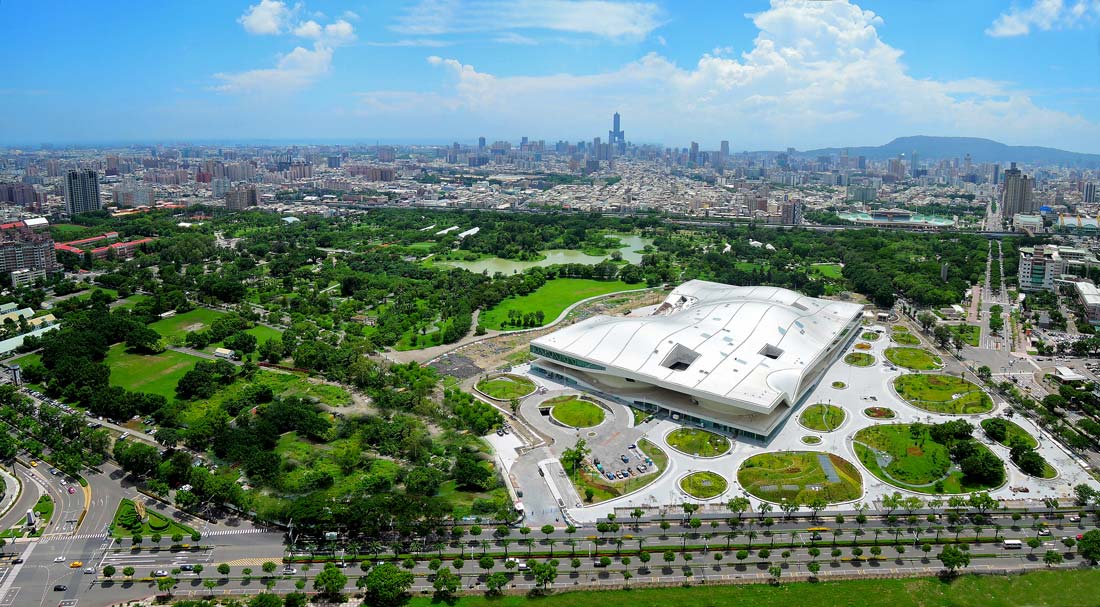 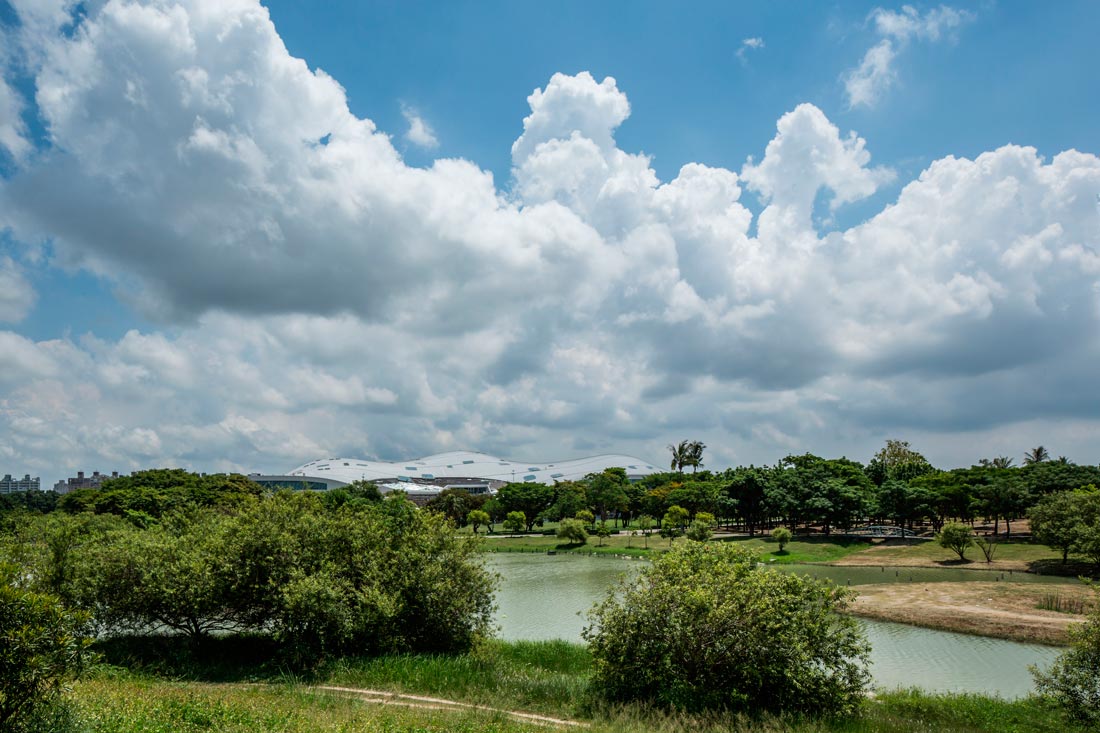 Mecanoo’s building complex is 225 metres wide and 160 metres deep. Because of the openings in the roof, the passageways and open spaces, an almost porous building is created, in which interior and exterior blur. The partially grass and plant-covered roof creates natural and efficient building cooling in the subtropical climate. The large roof also creates an informal public space, underneath which the city’s residents can stroll, practice Tai Chi, meditate or just relax. Inspired by ancient Greek theatres, an outdoor seating space was designed on the roof complex at the point where the roof dips towards the ground. The surrounding park in turn becomes an informal stage. Mecanoo designed the surrounding park with light slopes, valleys and water pools creating intimate public spaces varying in size, scale and proportion. Meandering paths lead to a botanical garden, bamboo grove, playground, tea pavilion and a butterfly garden. The park design is a logical continuation of the theatre complex with its open public spaces and roof scape: building and landscape merge naturally, forming a unified whole. 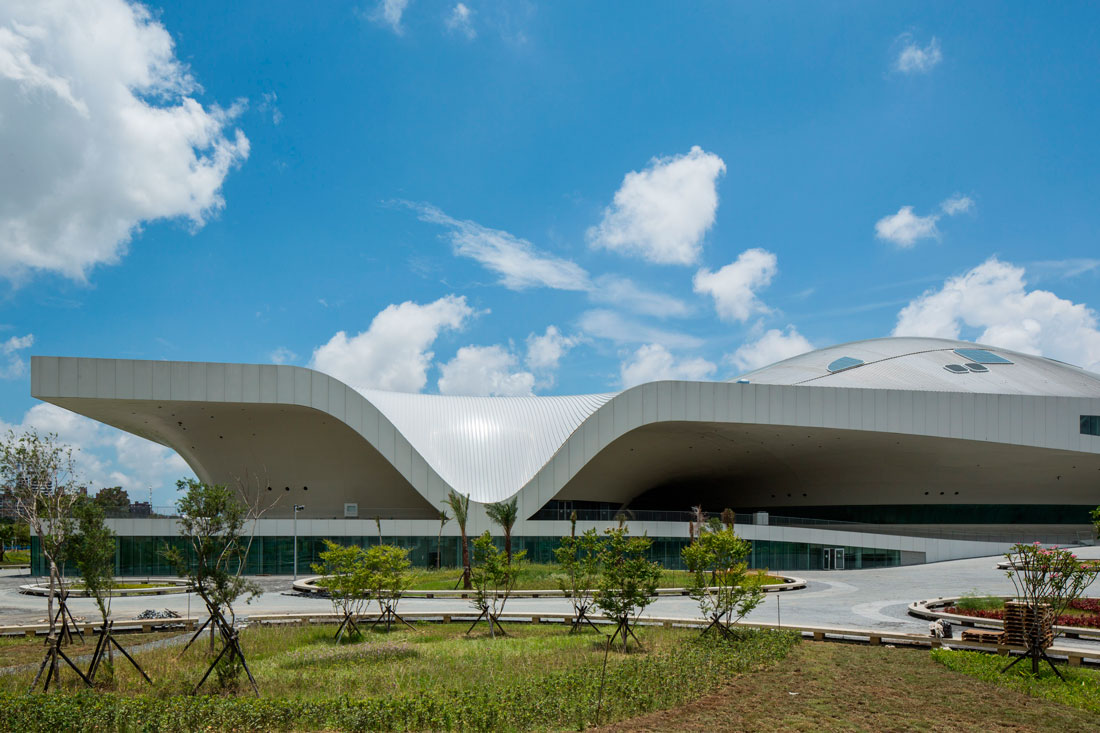 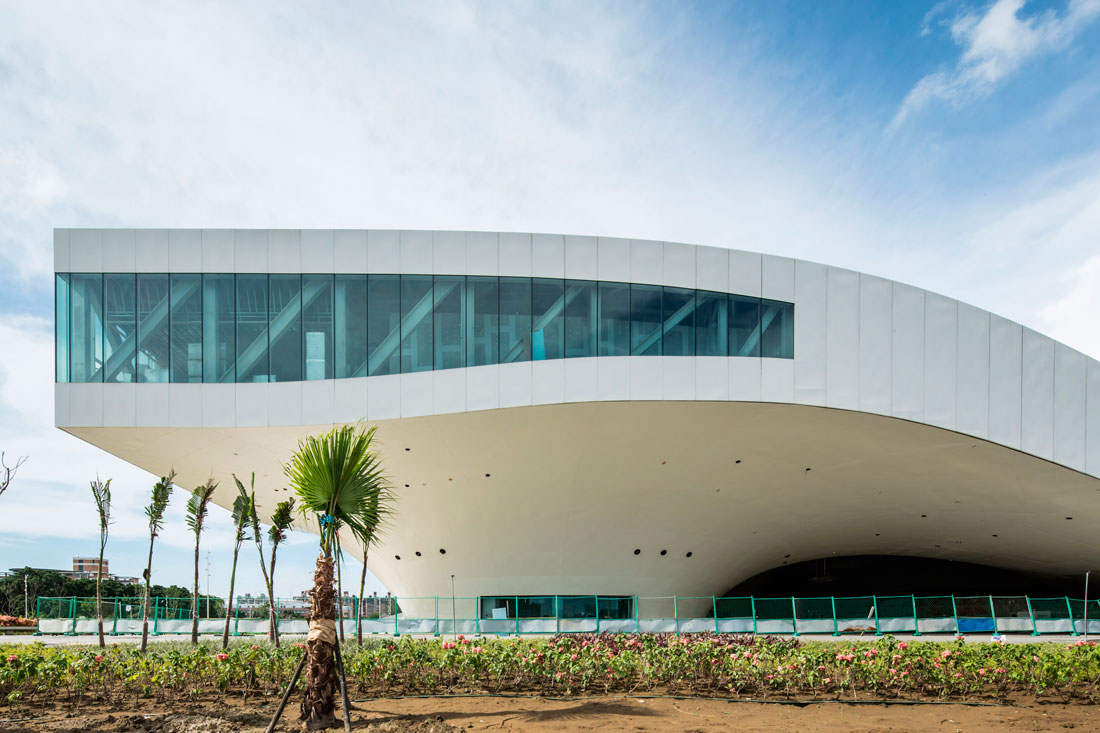 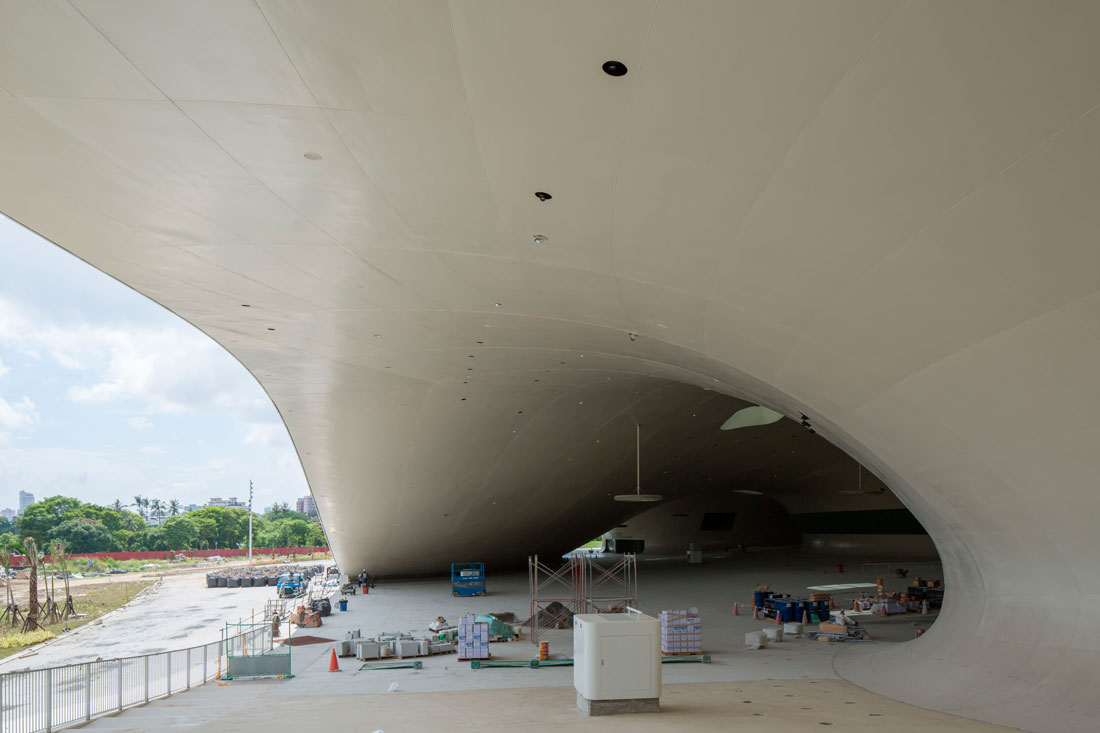 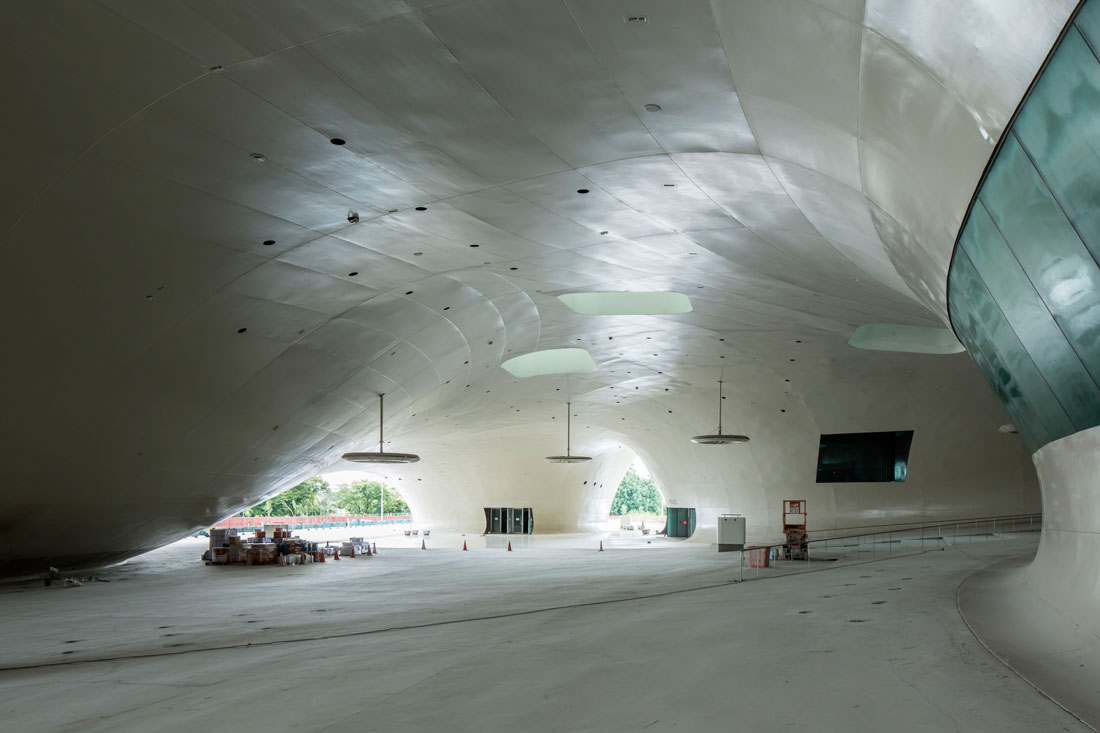 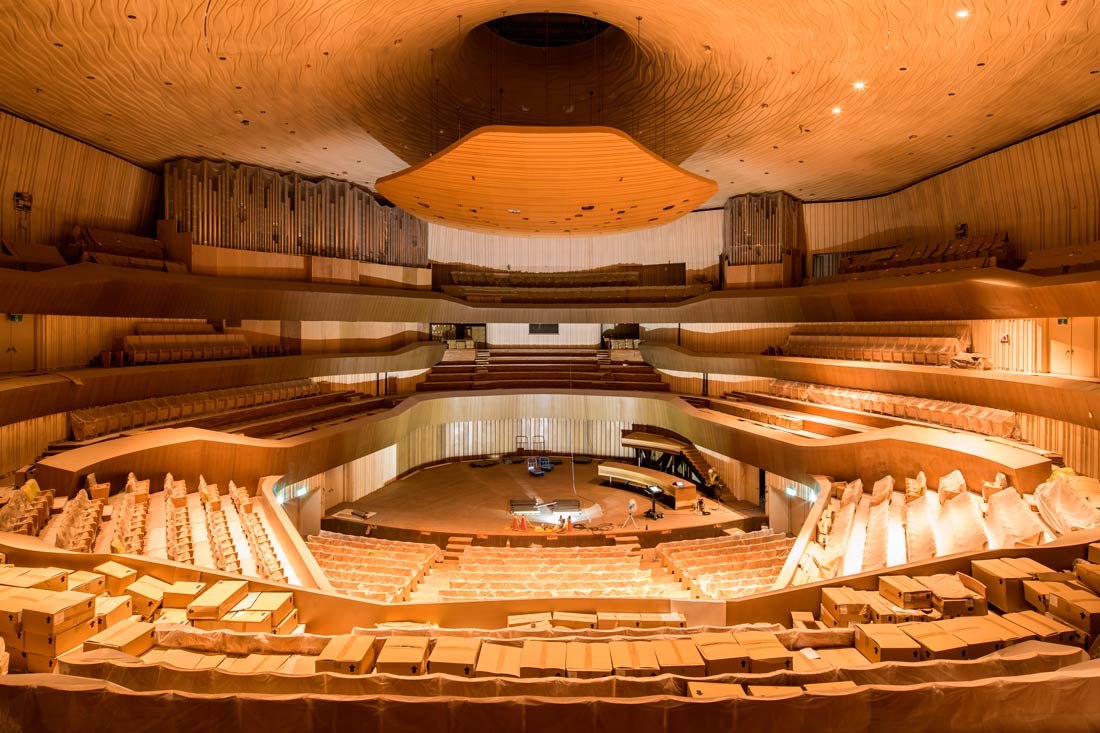 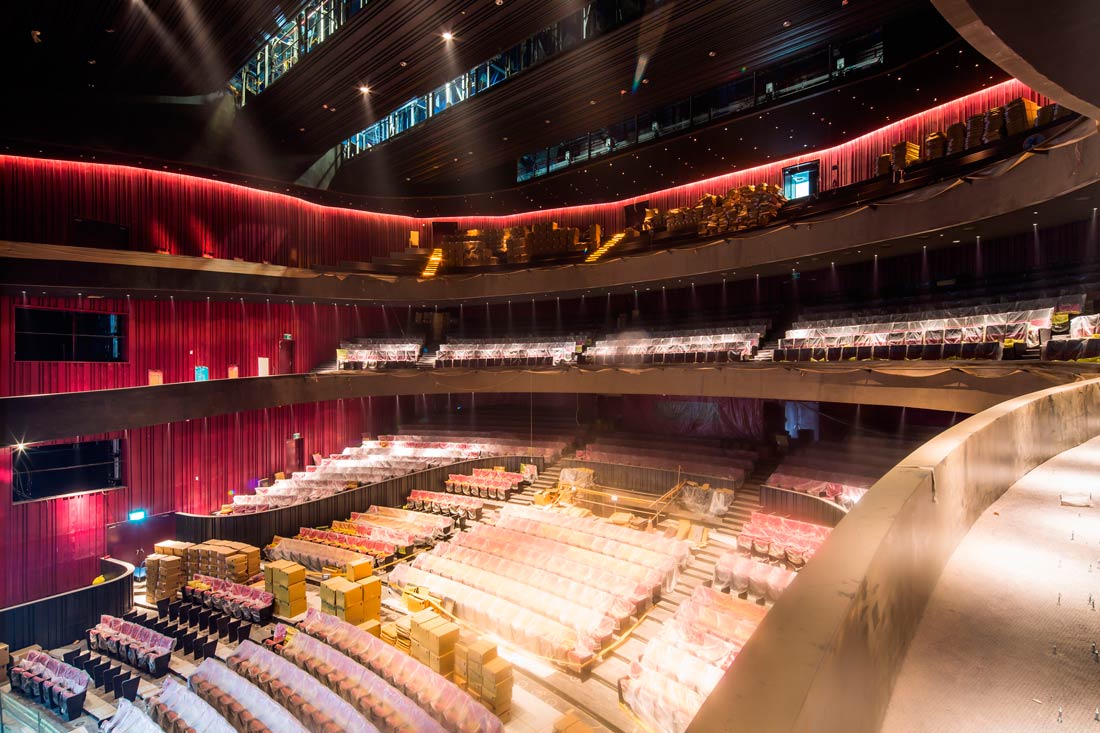 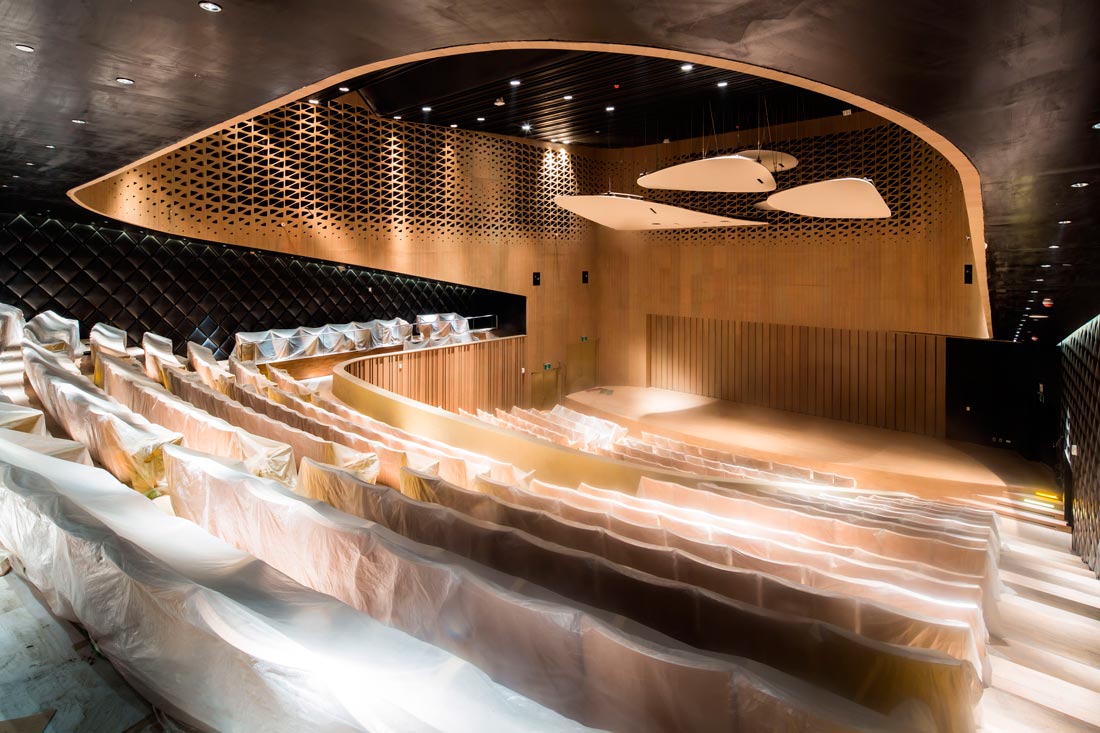 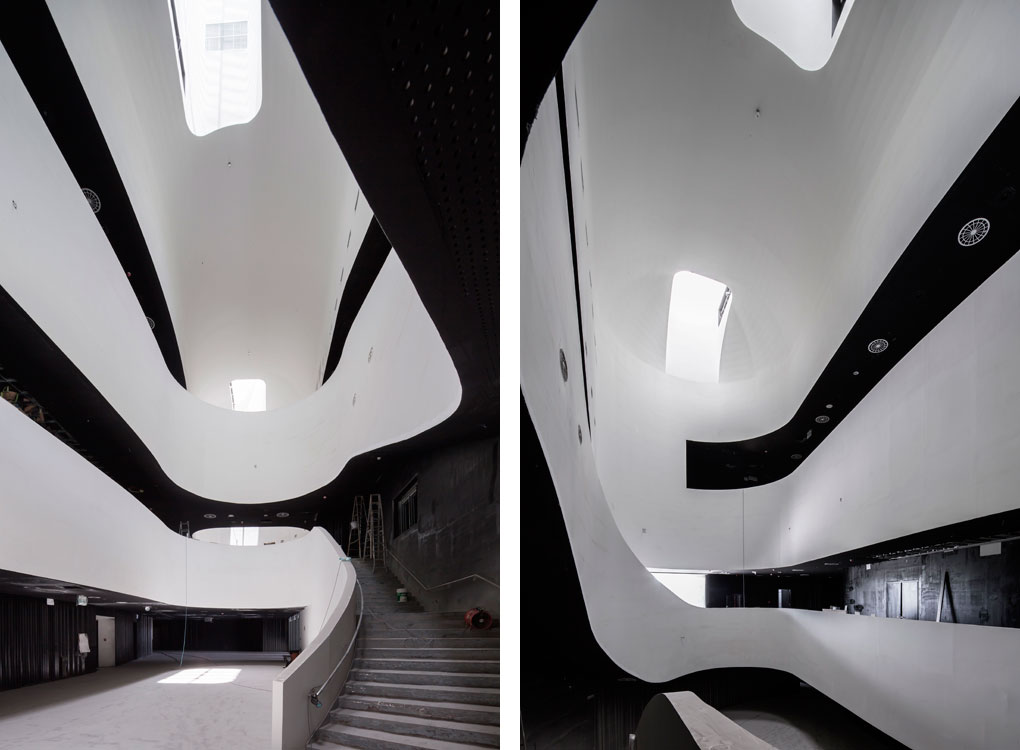 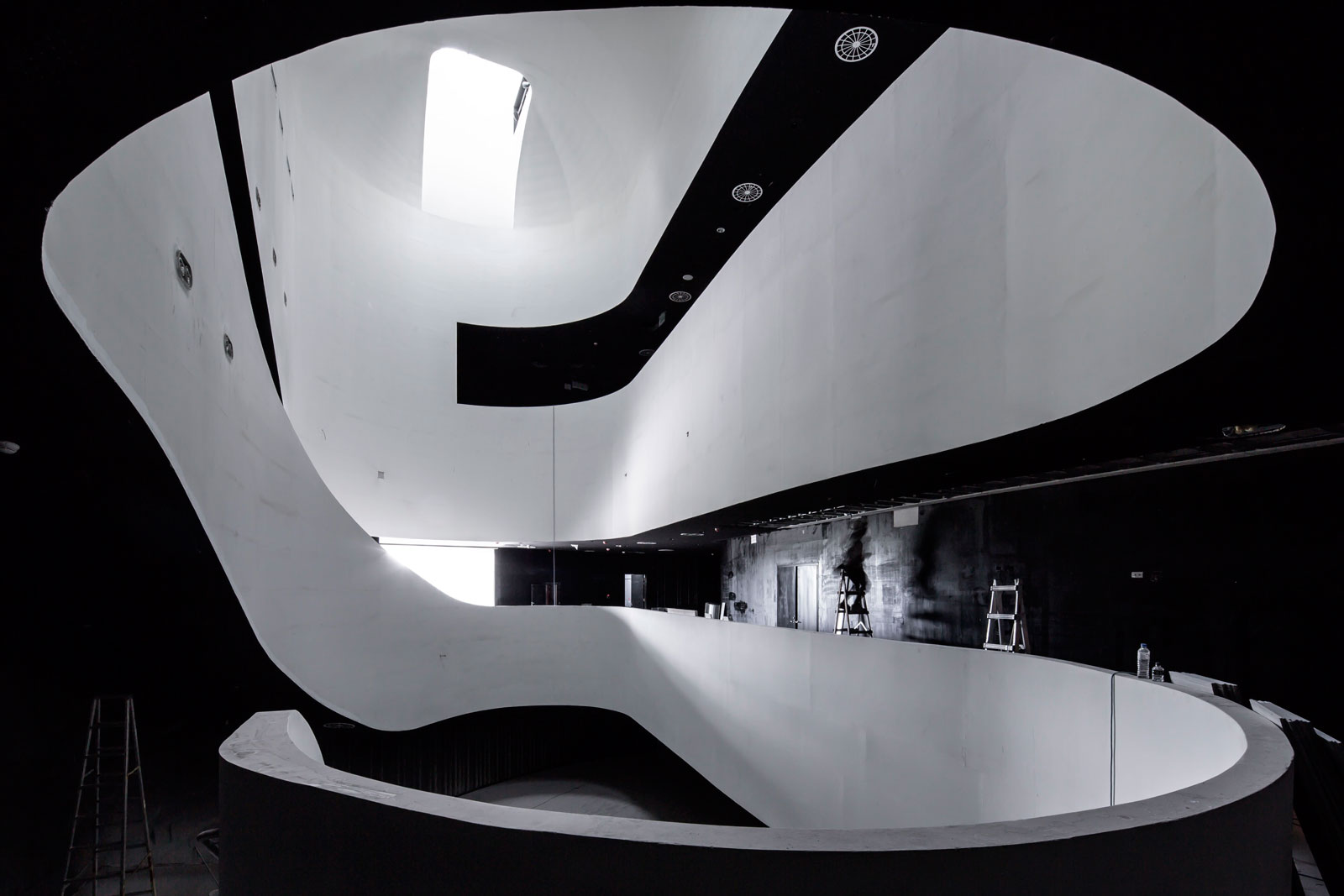