Unifying a place of international significance. The Tangshan Homo Erectus Relics Park is the site of one of the world’s most fascinating archaeological discoveries and home to China’s new Nanjing Tangshan Geopark Museum. 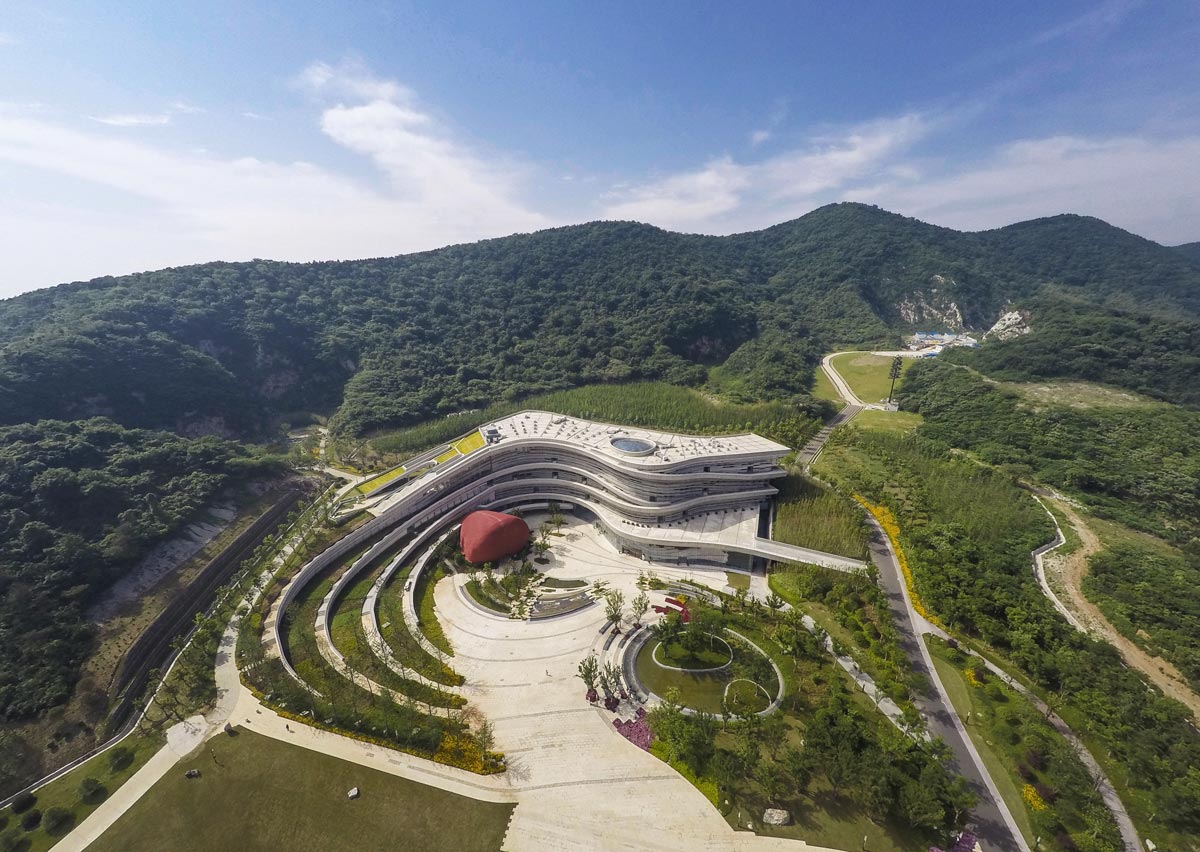 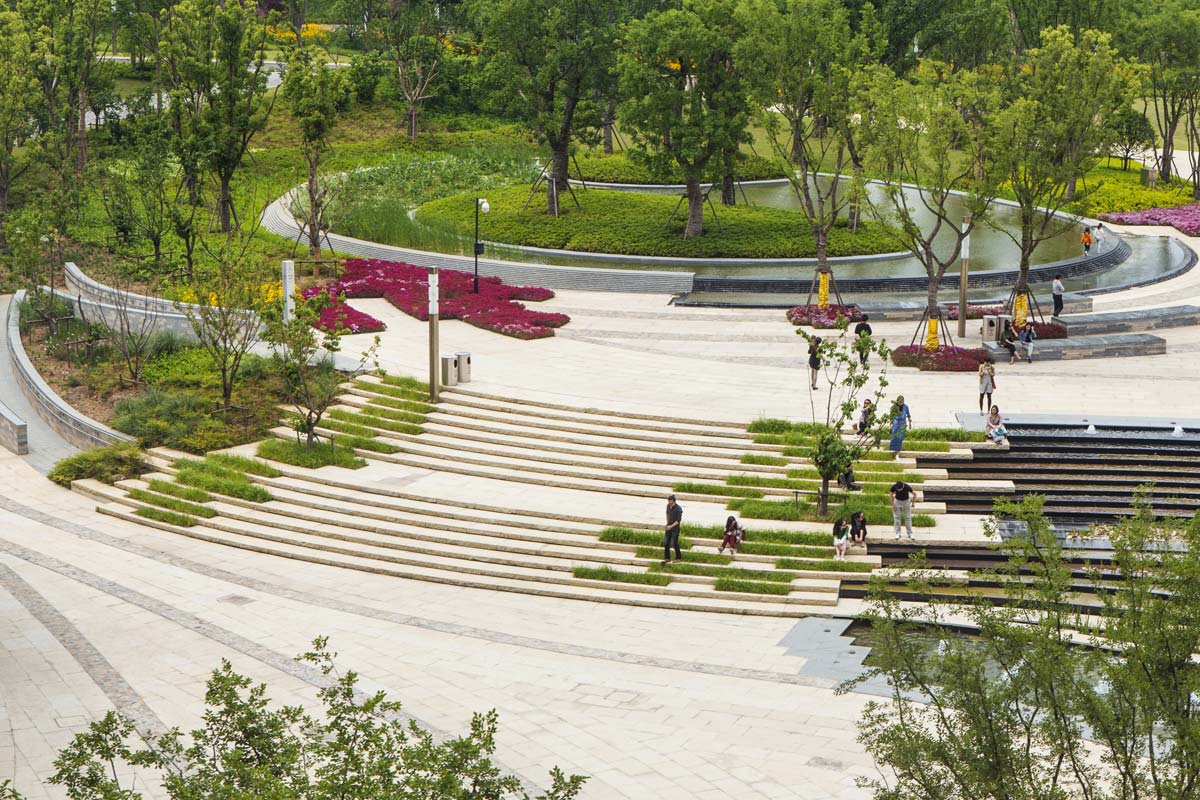 The major attractions within the wider park include the Hulu Caves, where Homo erectus fossils dating back 0.16-0.60 million years were discovered in 1993, and an ancient quarry exhibiting geological formations of the Paleozoic era.

The geopark’s generous new public realm unifies the museum (by architect Studio Odile Decq) with the various attractions spread across its 15-hectares of open space to create an enlightening new tourist destination. 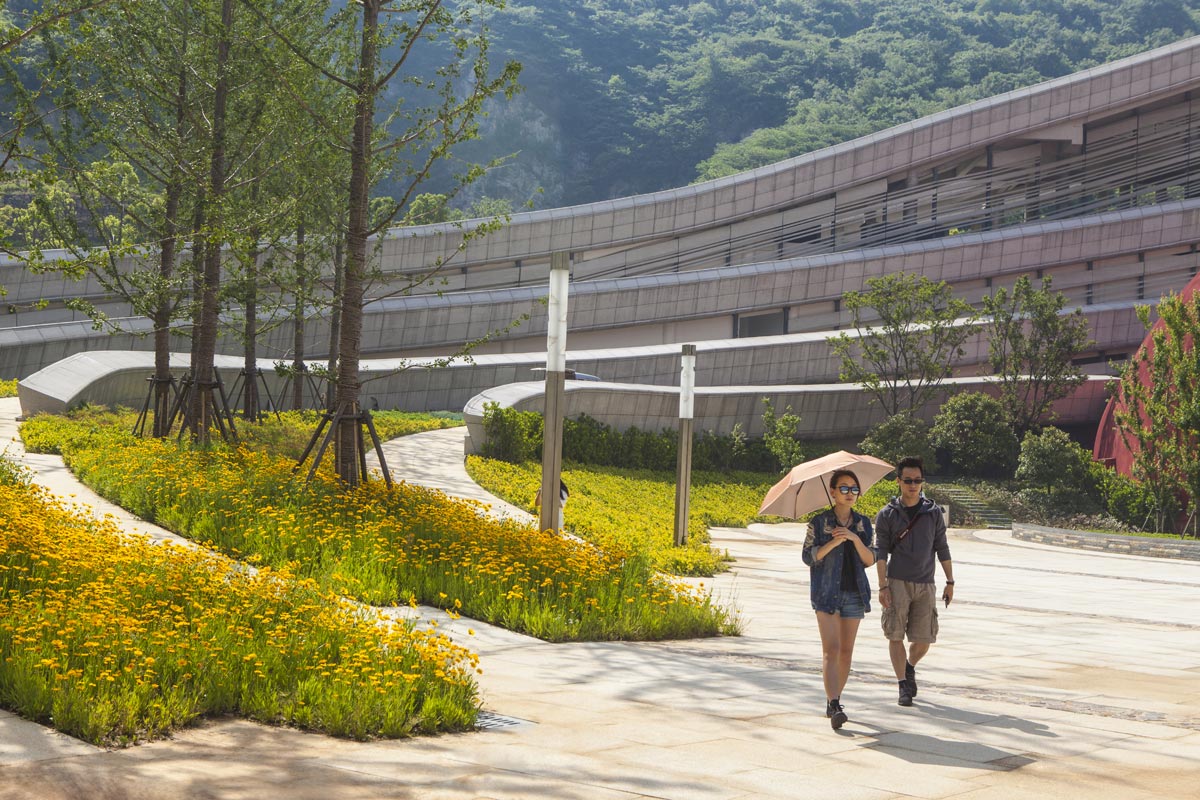 The design caters to the tourist park’s commercial objectives, while respecting the site’s international significance.

Revealing the Character of the Past for Future Enjoyment

Based on detailed research, the HASSELL design celebrates the plaza’s gateway status, the museum’s architectural form, and the geopark’s many extraordinary features. It offers visitors an exploratory journey through the site that reveals its history and formation along the way. 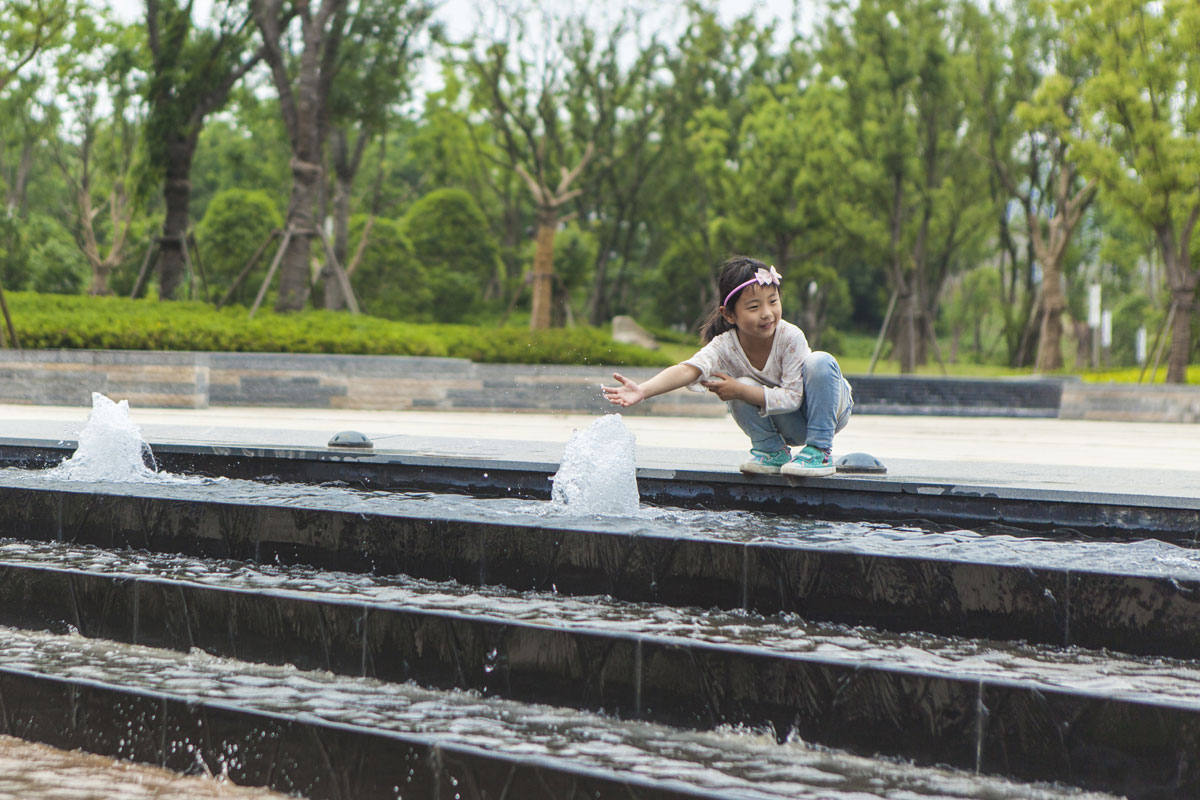 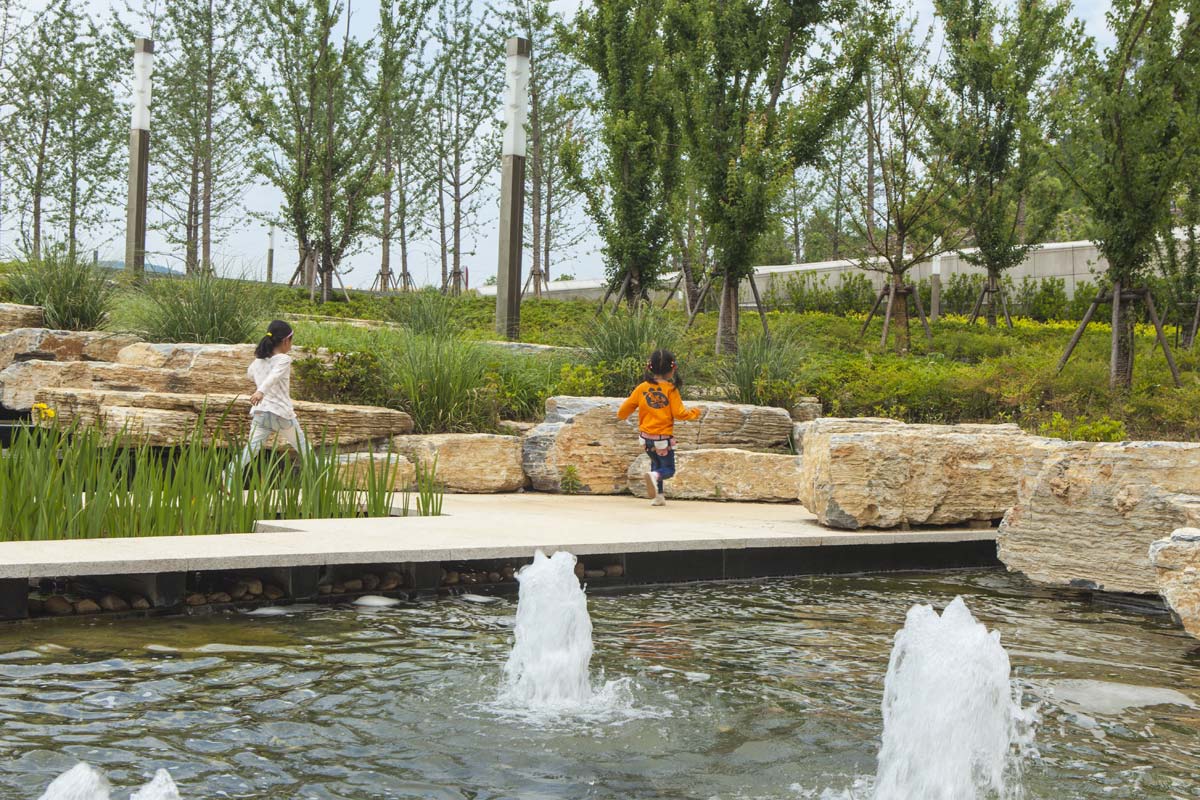 The overall look of the plaza echoes the site’s contour lines, which shift like geological activity. It optimises the existing topography to establish clear and seamless patterns of movement between all functions, integrating with the surrounding transport infrastructure and regional parkland.

The arrival plaza and memory tower provide a gathering point, marking the start of each journey. From this space, visitors can embark on their own expedition to the museum, weaving through the feature gardens and along the climbing pathways that are embedded with carvings depicting the evolution of prehistoric life. 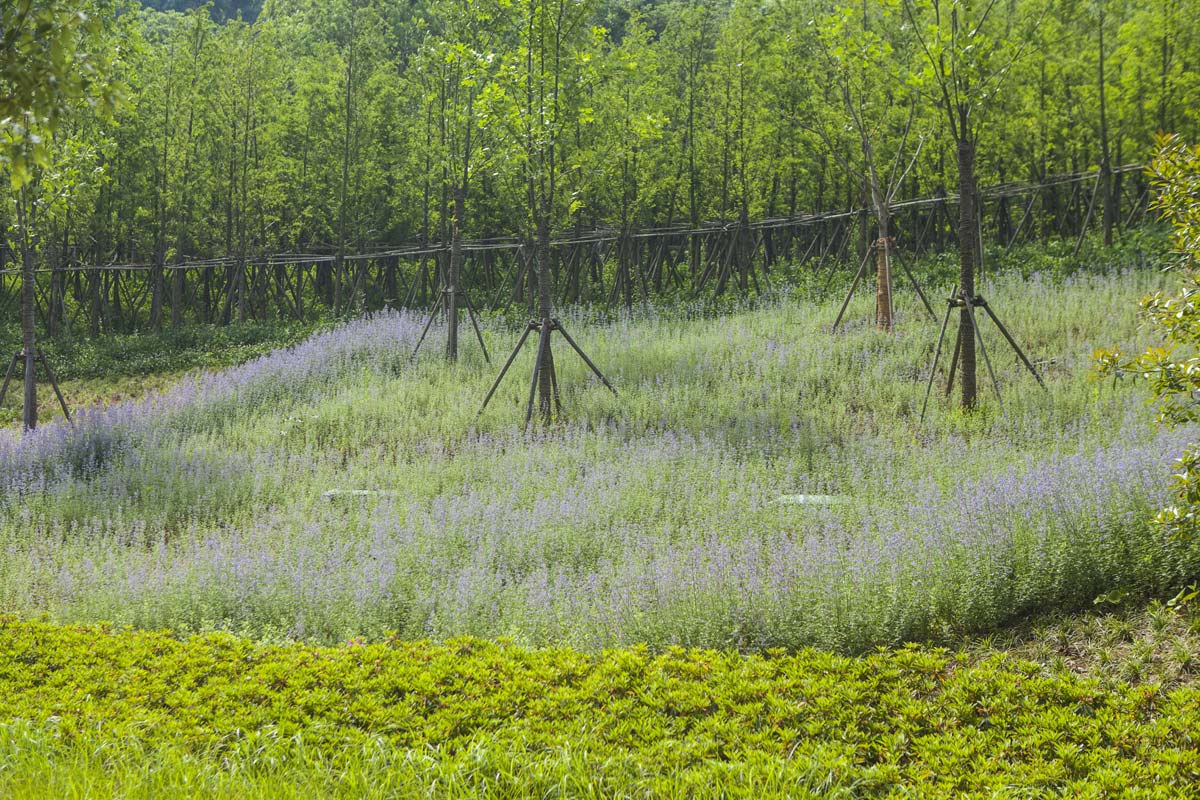 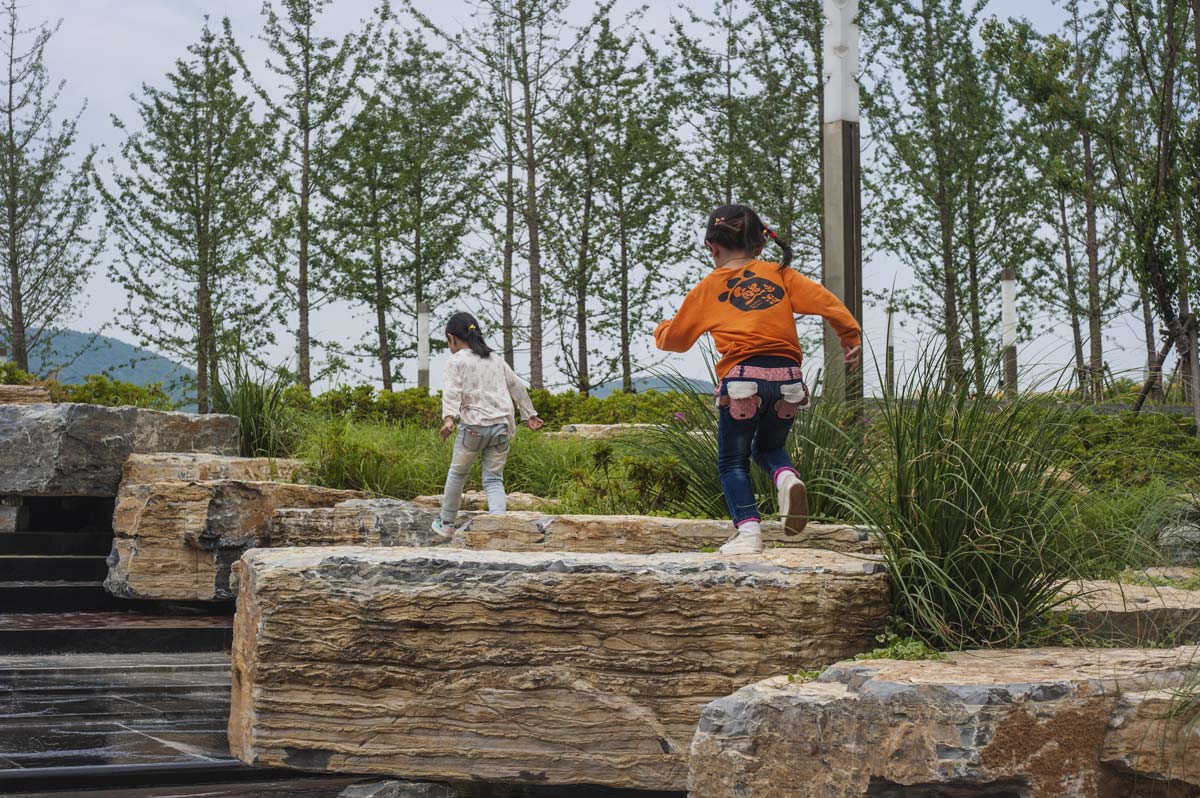 The feature gardens are inspired by the environmental characteristics of each period of the Paleozoic era. From the rocky microbial soil crust of the Cambrian landscape, through to the Silurian wetlands and Carboniferous swamp forest, the selection and detailing of counterpart plants and elements gives the ‘prehistoric’ gardens an essence of each time and place. 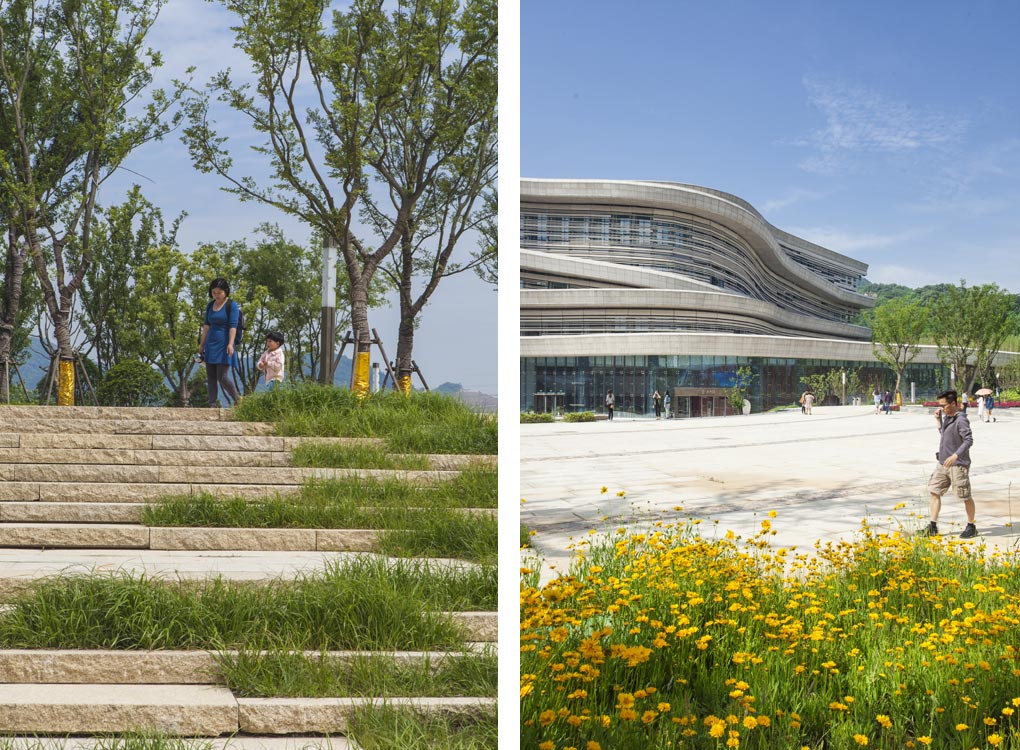 A Plan for Sustainable Tourism

The parkland design regenerates native vegetation and creates micro-ecosystems that will foster the local habitat. In the wider area, it introduces a cleansing bio-retention waterway that will treat site run-off to support the health of the natural environment and the sustainable operation of the park. 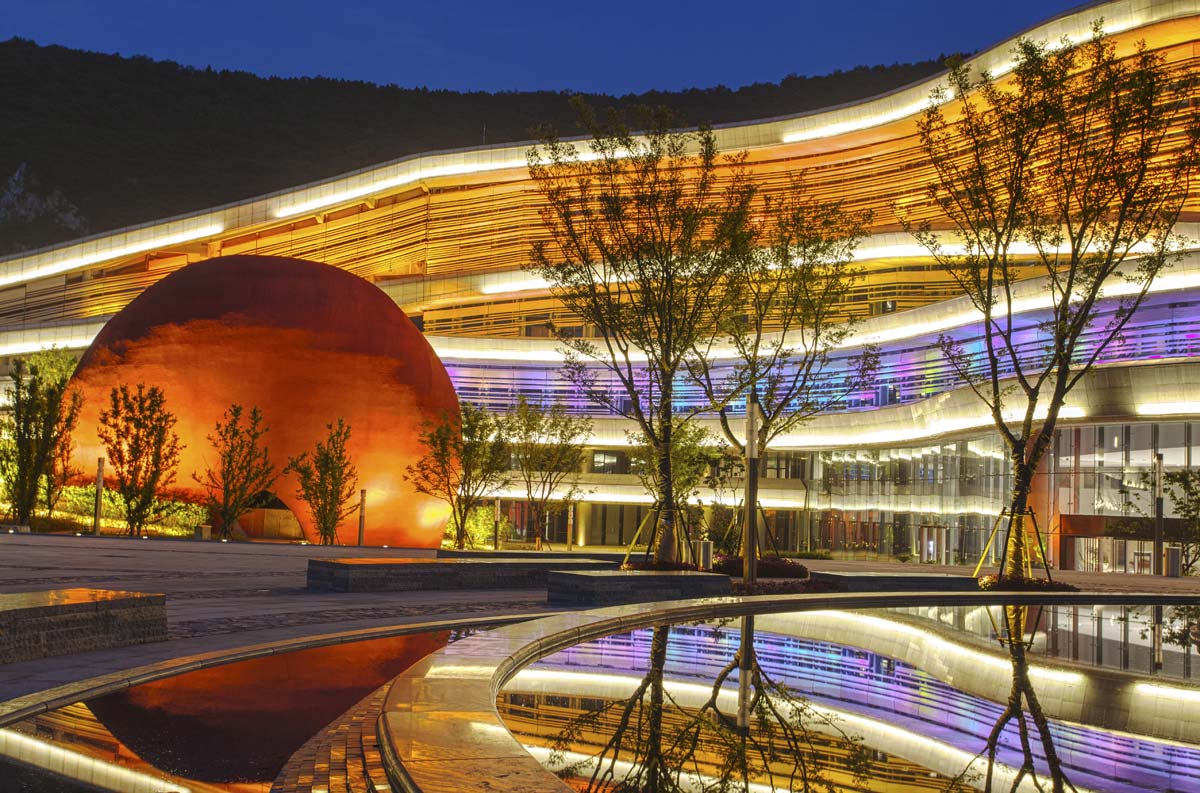 The museum plaza, the first phase of the major landscape works, is now complete. Construction of the wider parkland will be completed in a later stage.