Excerpt from Many Norths: Spatial Practice in a Polar Territory, 2017.

Inuit migration and the establishment of camps or temporary settlements was an adaptive practice that responded to available resource, hunting, and trade opportunities. An area’s suitability was determined by the size of the population to be supported, as well as the duration and frequency of occupation. The location of settlements varied seasonally and annually, though familiarity with the local geography encouraged repeat visits. Leading up to the 1960s, Inuit settlements on the Belcher Islands tended to fluctuate in population composition, location, and degree of interaction with other settlements. The community divided into north and south camps at opposite ends of the islands, and the two groups’ specialized knowledge of the region determined their settlement preferences. 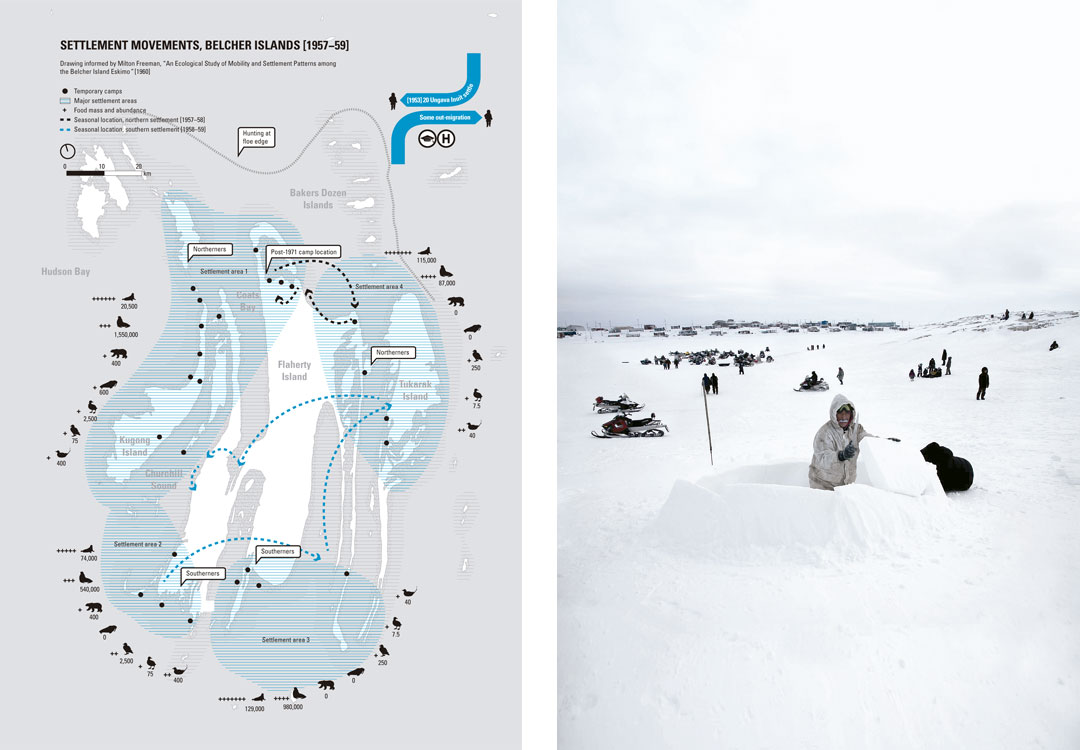 Based on a 1959–61 study by anthropologist Milton Freeman, proximity to marine resources was the primary reason for selecting a winter settlement. Although people would sometimes travel between the islands and the mainland, off-island movement gradually decreased. This can be attributed to a decline in caribou on the mainland in the 1800s, as well as the establishment of trading posts on the islands in 1928. To centralize services, in 1971 the Canadian federal government relocated the buildings and people of the southern settlement to the northern settlement, site of the trading post. Residents still travel to different camps on the Belcher Islands; however, Sanikiluaq remains the only permanent settlement for the approximately 800 residents. The traditional movement patterns and subsequent settlement of the Belcher Island Inuit mirror many transformations across Nunavut.Full content is available only for registered users. Please login or Register 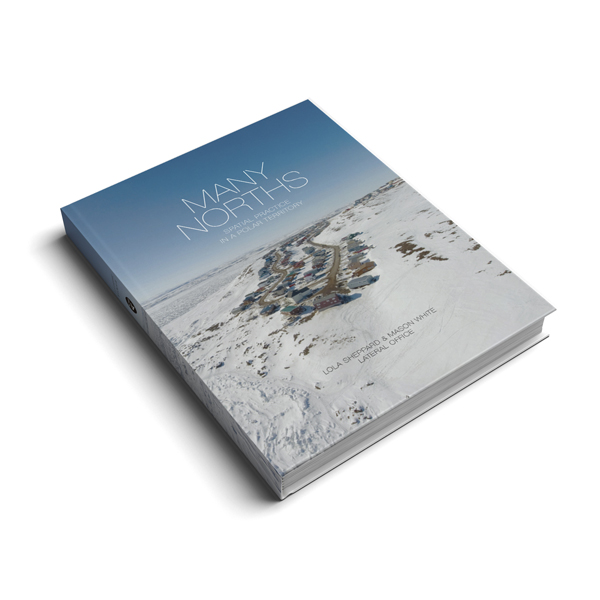 « Expanding the Notions of Sites and Context
Form of Resistance »