What is long-lasting and what is recycle friendly was one of the key questions we were able to follow in the project for a metal recycle plant, where they first accumulate and then separate different waste metals and prepare them for reuse. The project consists of an immense production plateau and two small buildings on the edge of it. 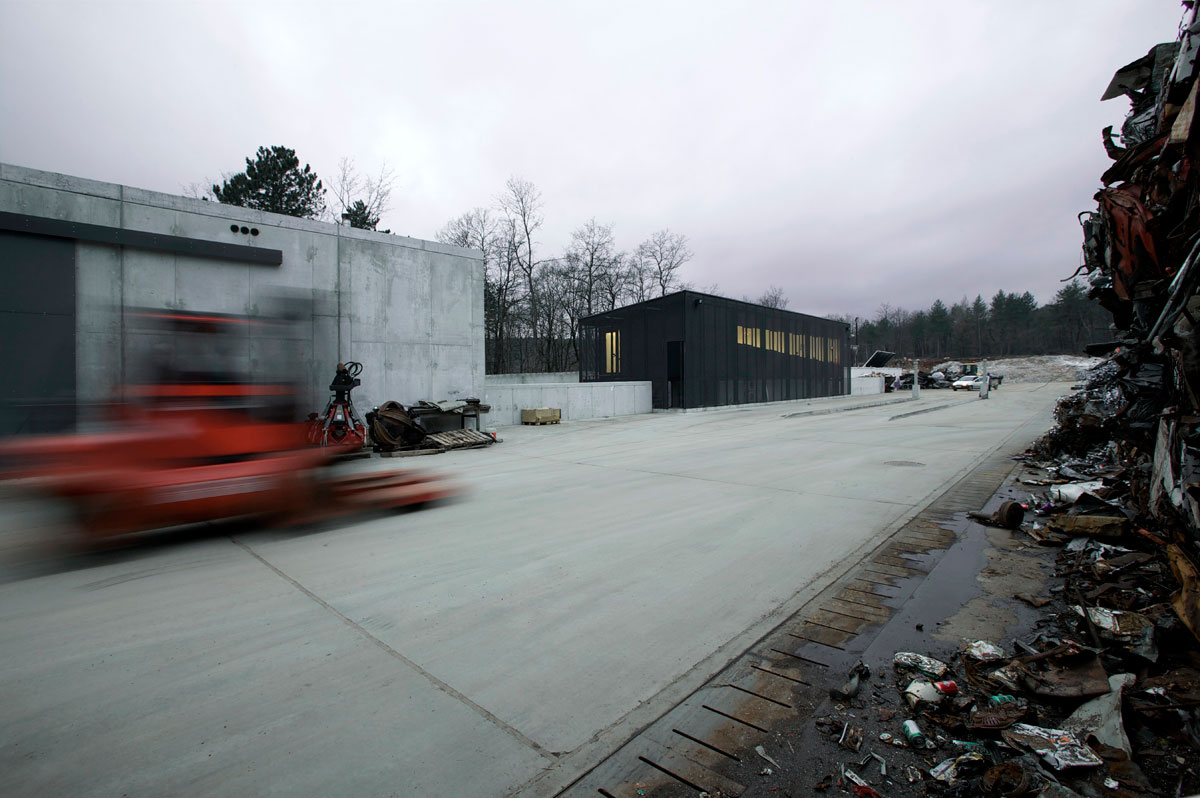 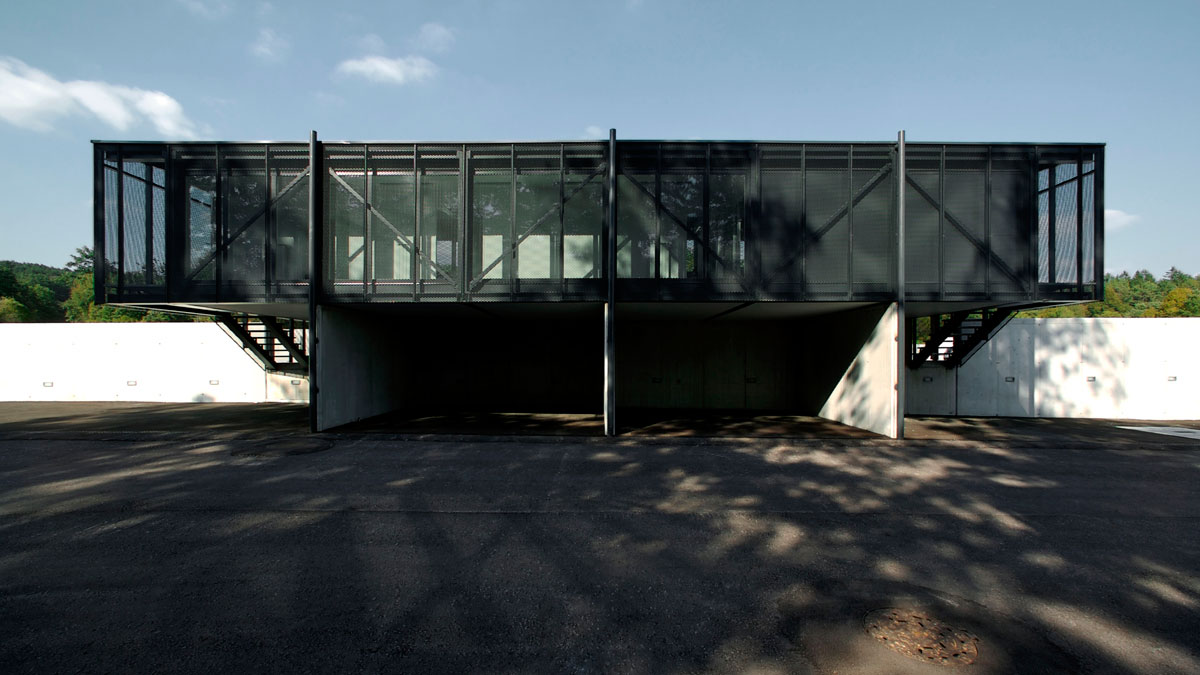 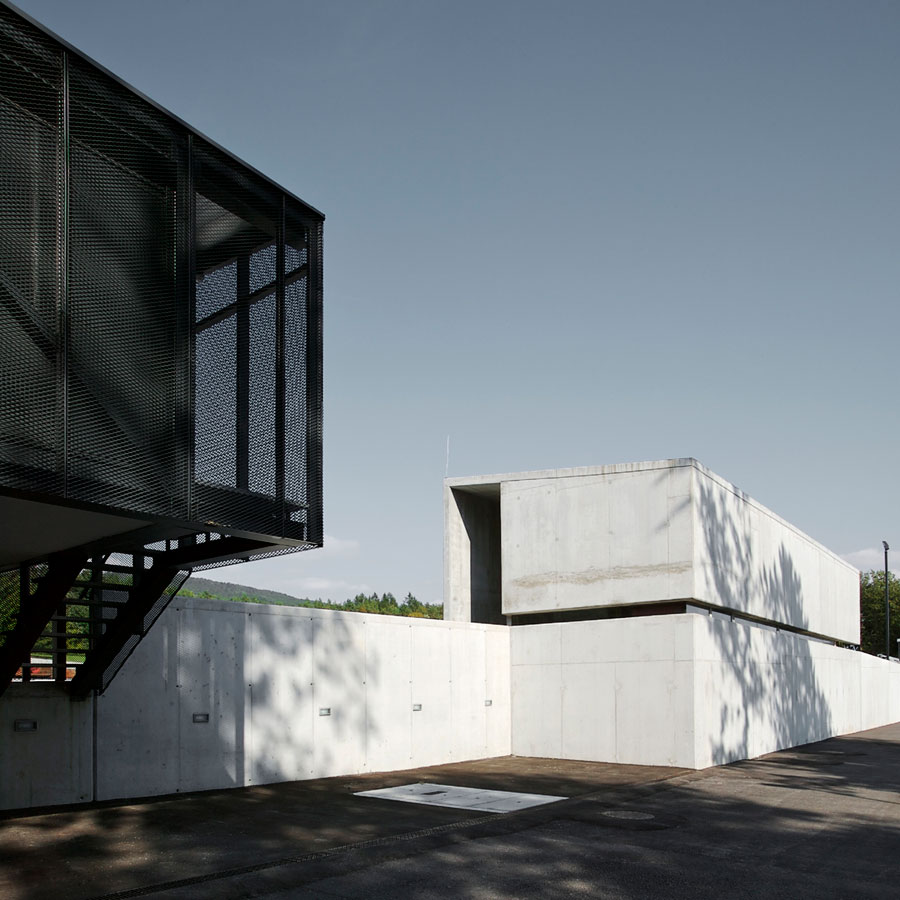 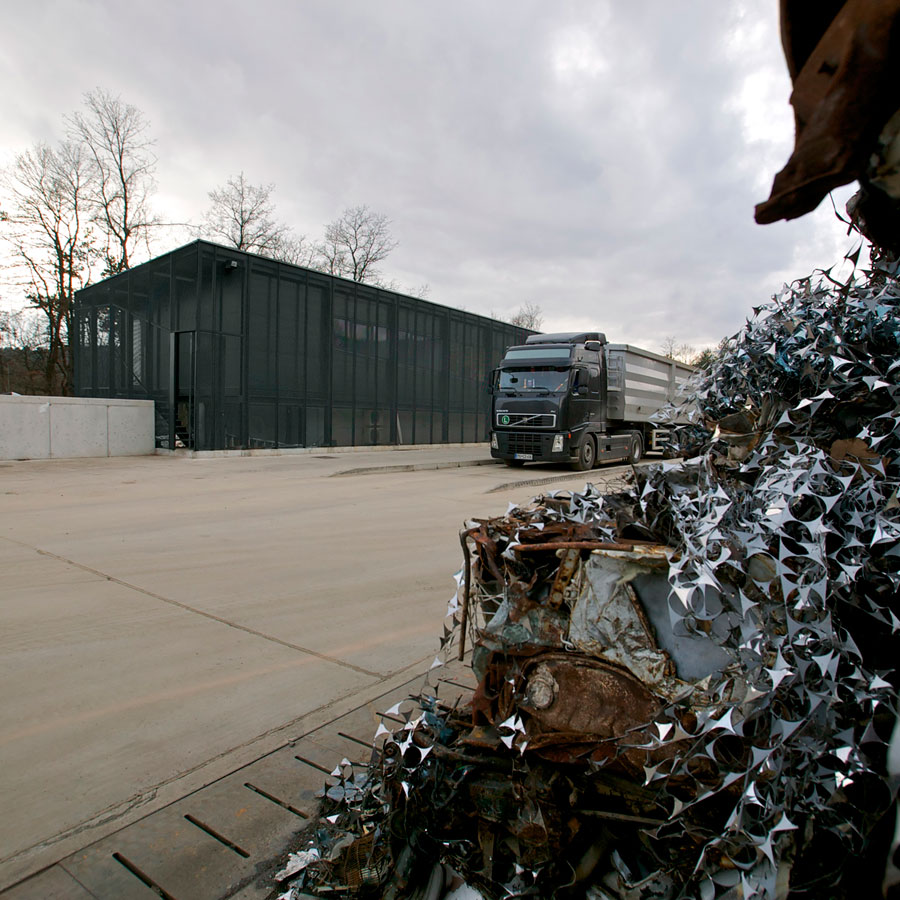 We clearly divided the generic base, flexible for multiple-use and the very specific, non-flexible, therefore ephemeral and recycle friendly by its activity. In these terms the huge concrete plateau with a definition wall and attached concrete service building define the core of the current production, however they easily allow for change of program within the industrial zone. This huge part of the project required careful placing of the plateau in the environment ensuring least earth works and lowest possible concrete wall.

On the other hand, the small 100% metal office building works as a very specific control deck supervising the weighing of the incoming waste and out-coming metals. Since this specificity means non-adaptability we had to allow for easy and clear on-site recycling when this building is not needed anymore. 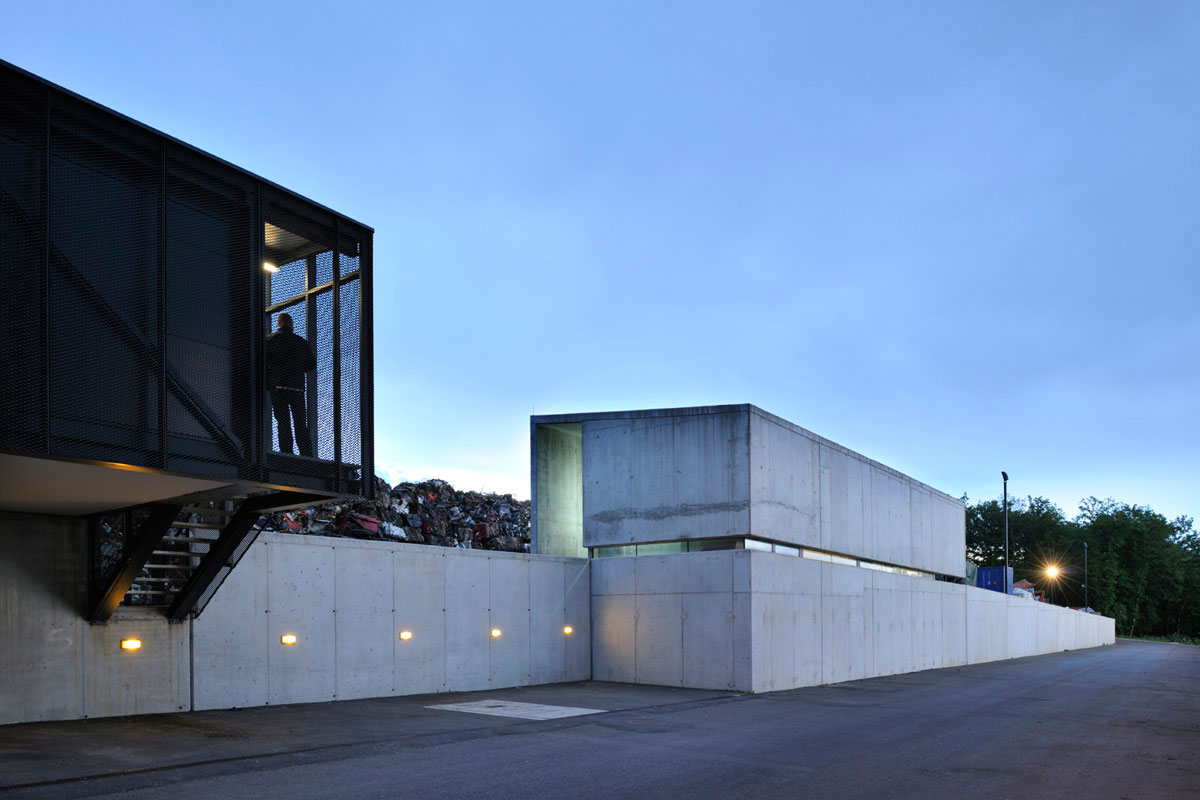 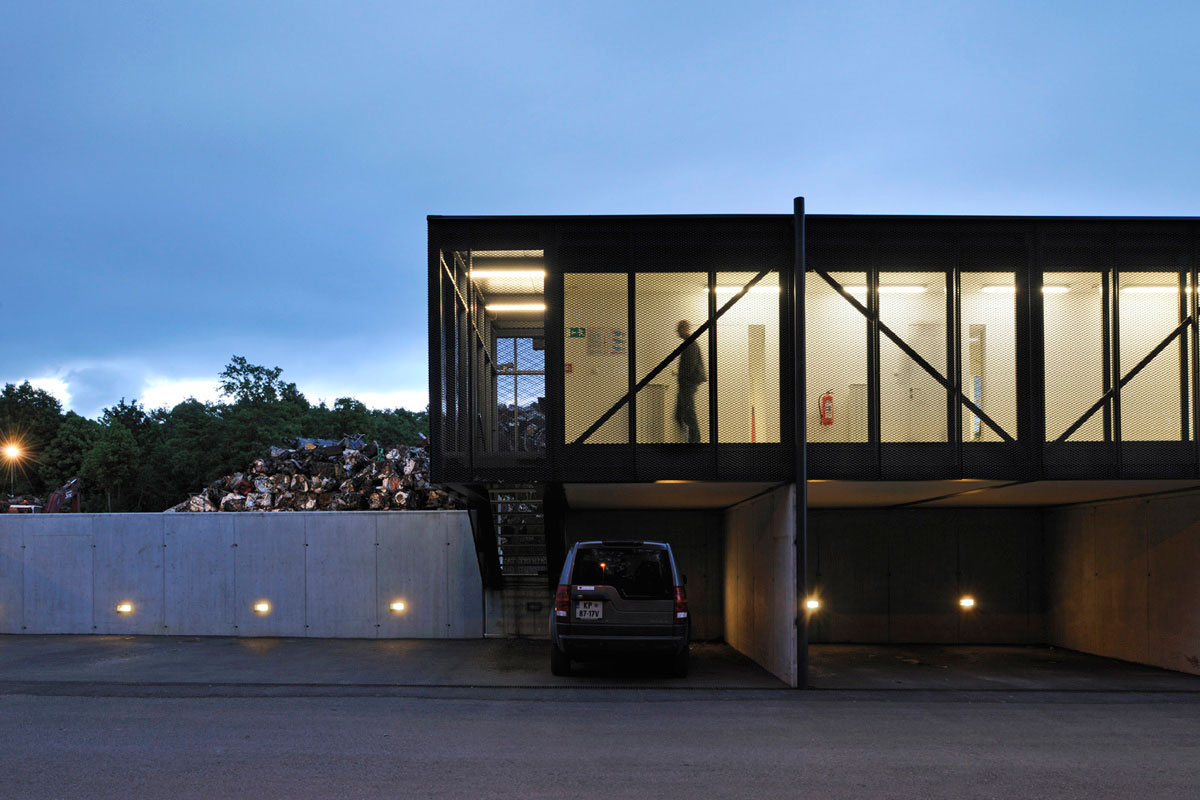 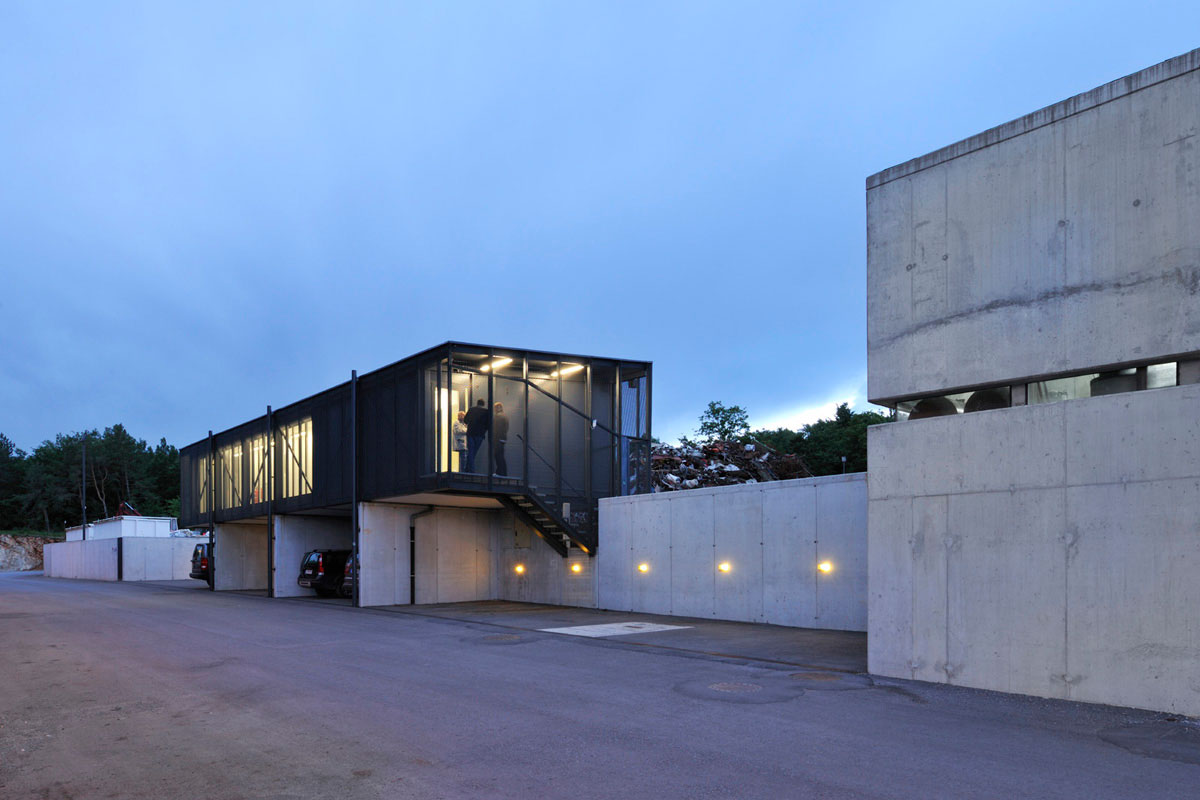 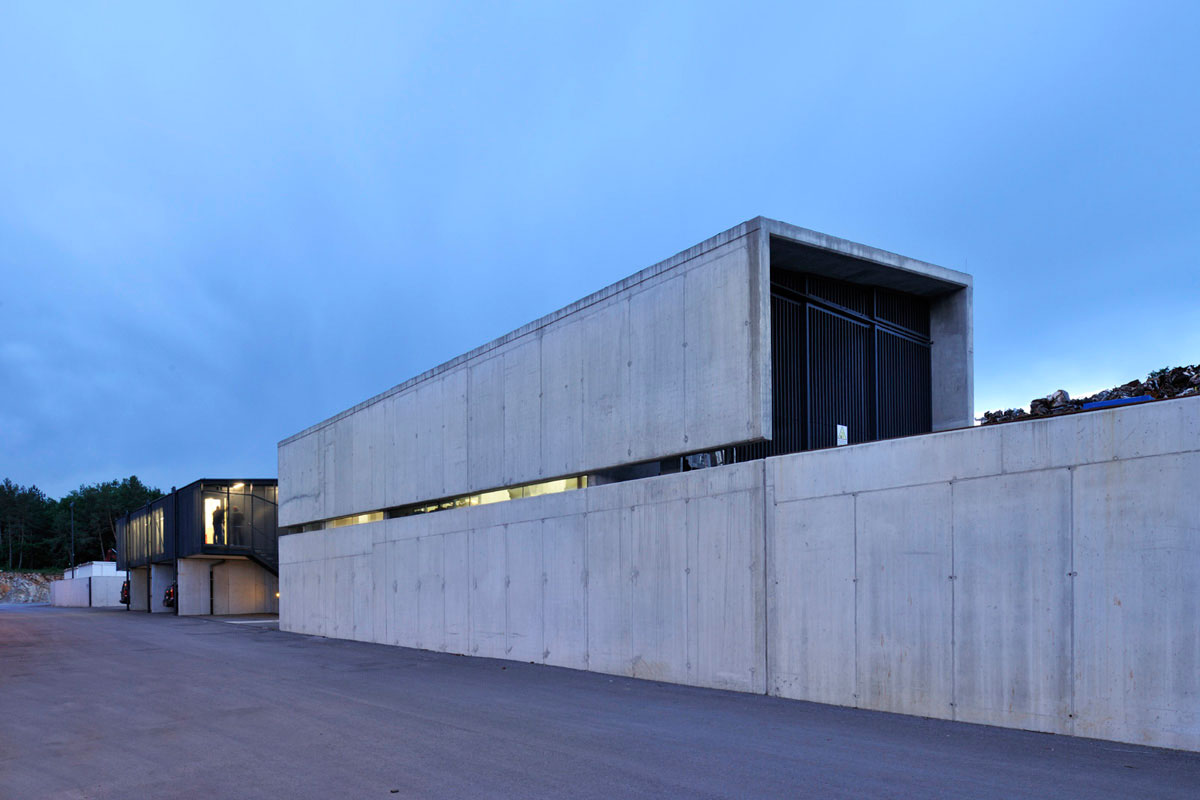 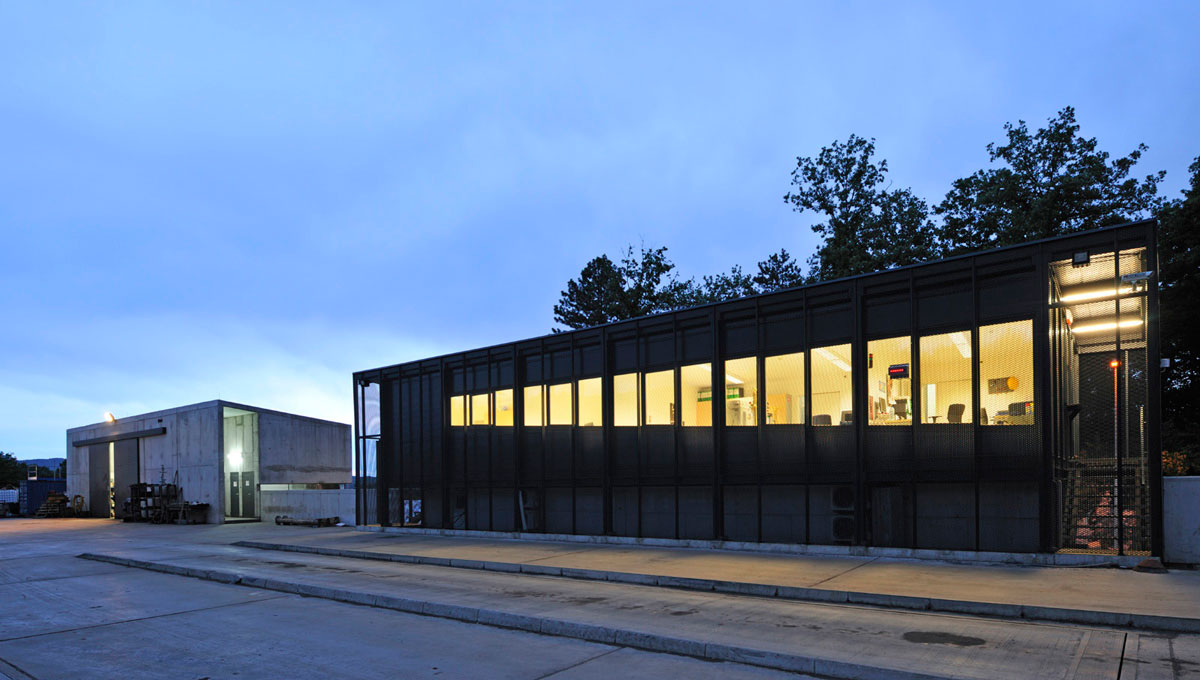 In contrast to the very rough production that goes on at the site we have embedded some abstract or we like to think “poetic” content in the project. The two buildings are of the same volume, but materially very different: one is made entirely out of concrete, whereas the other is all steel – from structure to cladding. Thus the two buildings speak about the context of material separation process of the metal recycle plant. 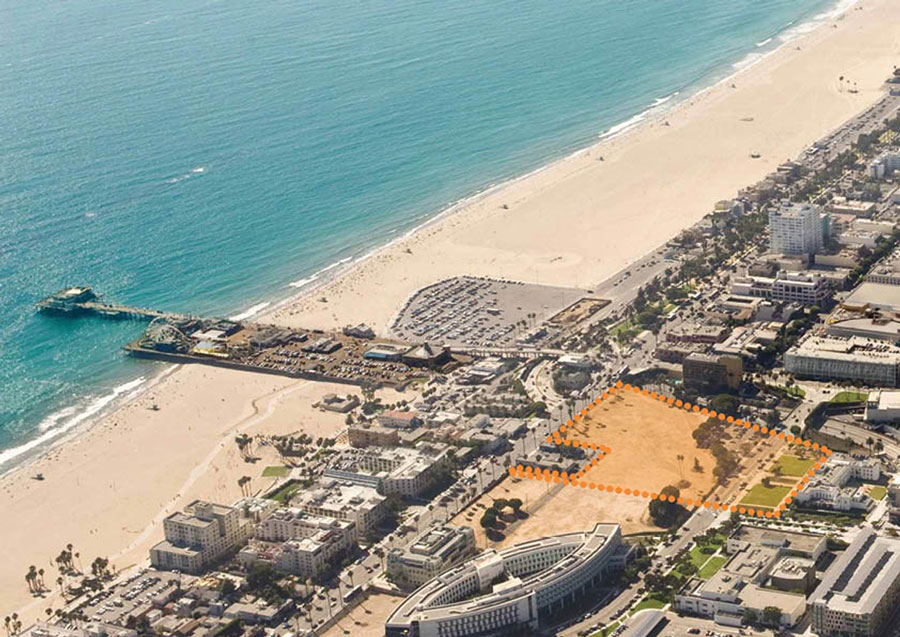 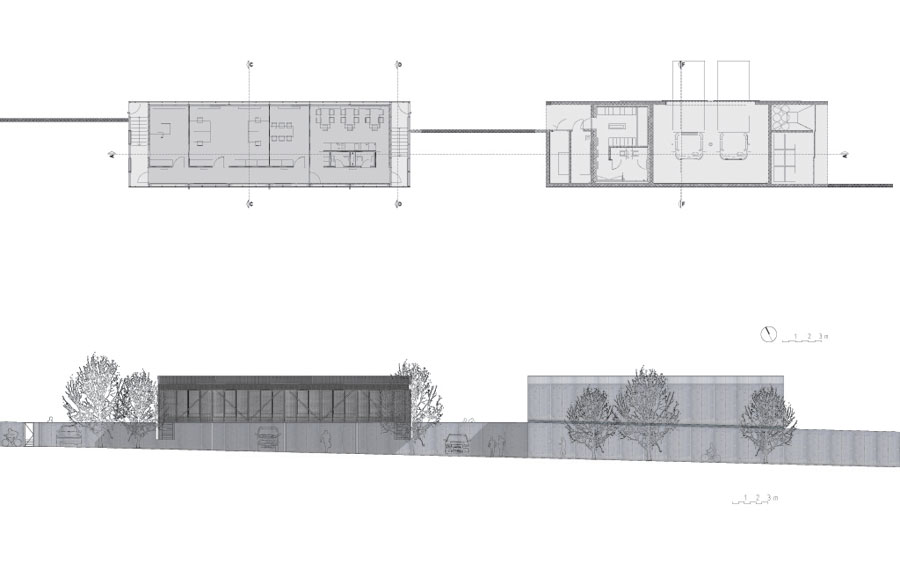 “The integral architectural/landscape concept expresses a great measure of thoughtful, humorous, interpretation and character. The elementary Karst with land bounded by walls is here expressed as a strict demarcation of traffic and function, public and private, and as articulation of the dominant architecture. This is an architecture that, also due to its function, can tell it’s story to a greater extent in primary language: in one place the views are focused, in another they are total but dispersed; here the material is brutal, elementary, there it wants to be sophisticated and ecological in character; one time it grows out of the wall, another time it retreats from it (or vice versa). Above all the whole appears to be a nice “ticket office” for certain works of 21st century art, which are loaded and processed on the area behind the wall, so to speak in a yard bounded by wall, characteristic of Karst.”