Loftwonen Strijp-S: Urban Residence as an Oasis within the Dynamic

Loftwonen is a special form of urban residence. The idea of Loftwonen is based on high rooms and flexible floor plans. Block 61, which was designed by architecten|en|en, is part of an urban composition of three housing blocks that are constructed in a similar manner. The housing blocks are located along the railway as an extension of the well-known Klokgebouw. The three buildings are separated from the railway by means of an oblong parking garage, which parallels the railway embankment. 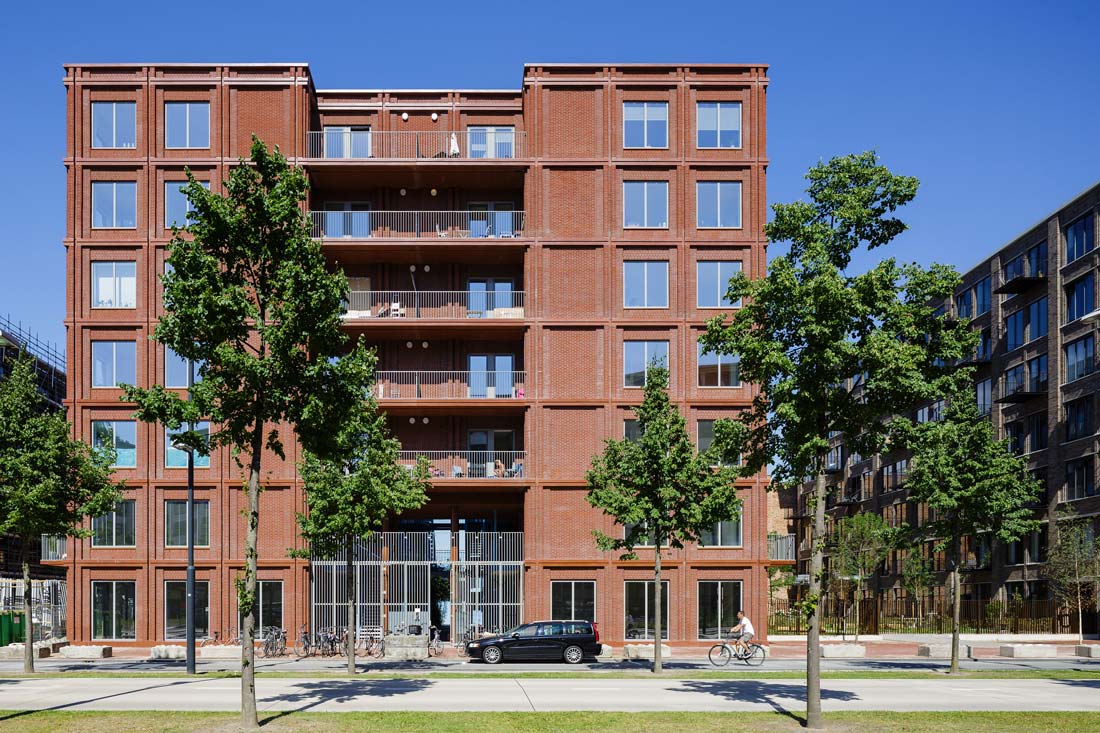 Strijp-S is characterized by bold industrial buildings. The architecture of the new housing blocks seamlessly complements this style. Façades constructed from red brickwork and prefabricated colored concrete in repetitive patterns create a robust architecture that matches its surroundings. 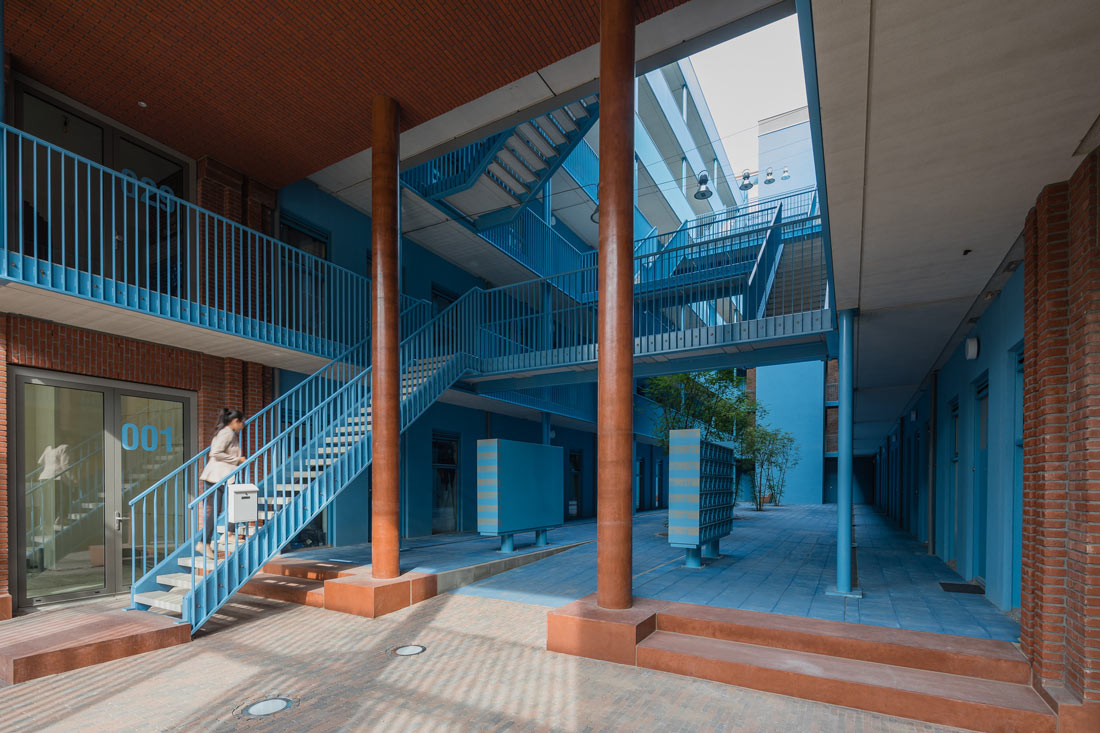 The seven-layer apartment complex consists of two wings that surround a large shared courtyard. In this area, we find the galleries with the entrances to the housing units and a so-called “waterfall stairway”. 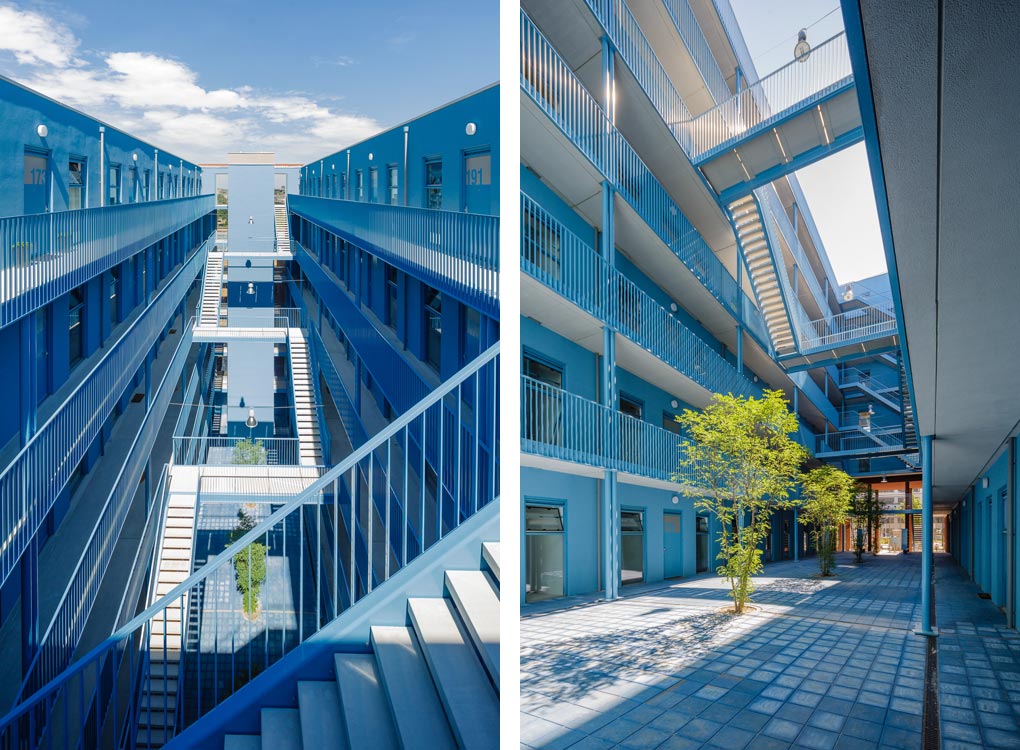 Contrary to its robust appearance, the courtyard has been designed on a small scale, but in a special manner. Everything in this courtyard has a sky blue color, creating a peaceful oasis within the dynamic Strijp-S area. In the plinth of the building on the Philitelaan, a small number of commercial areas are located next to the entrance. 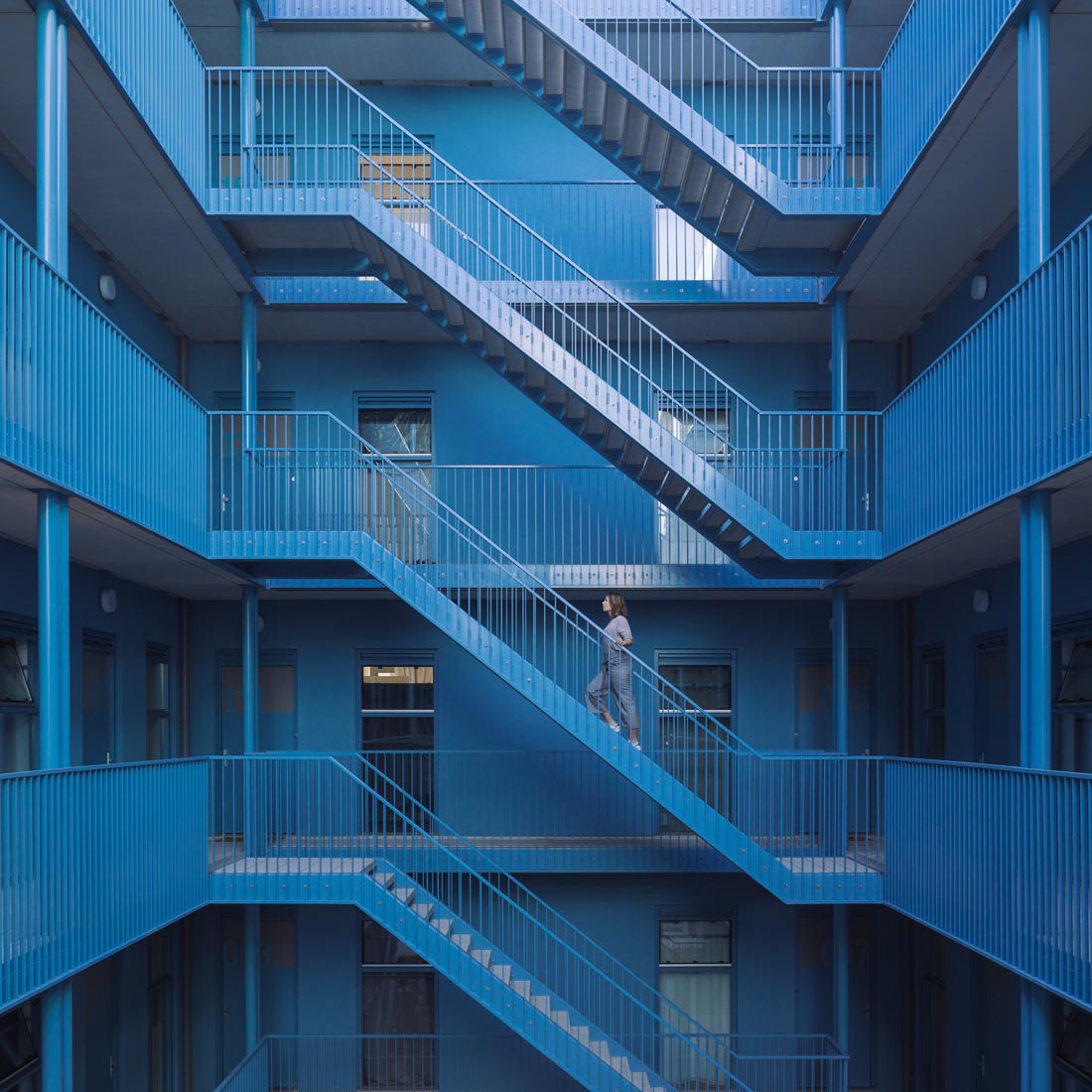 The apartments have unusual floor heights. They are 3.20 meters tall, which allows for a great deal of spatial freedom. The rooms have been equipped with sanitation blocks, also known as “cubies”, in which the kitchen, the toilet and the bathrooms have been incorporated. This allows for the rest of the space to be arranged flexibly as required. 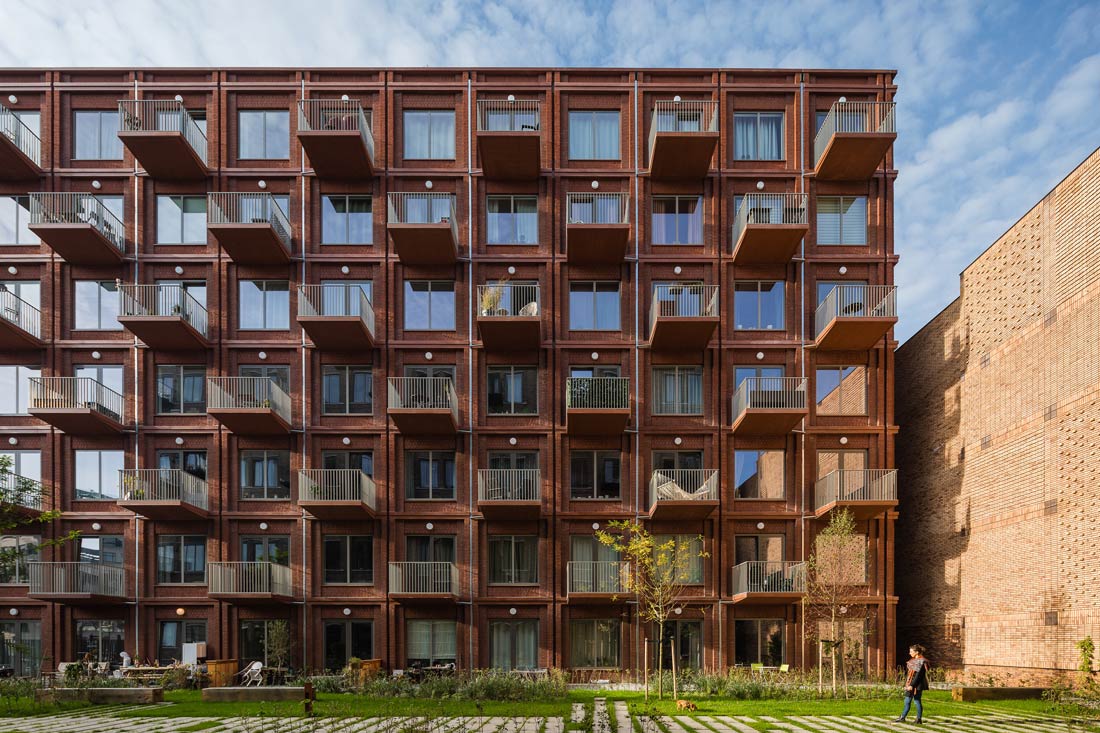 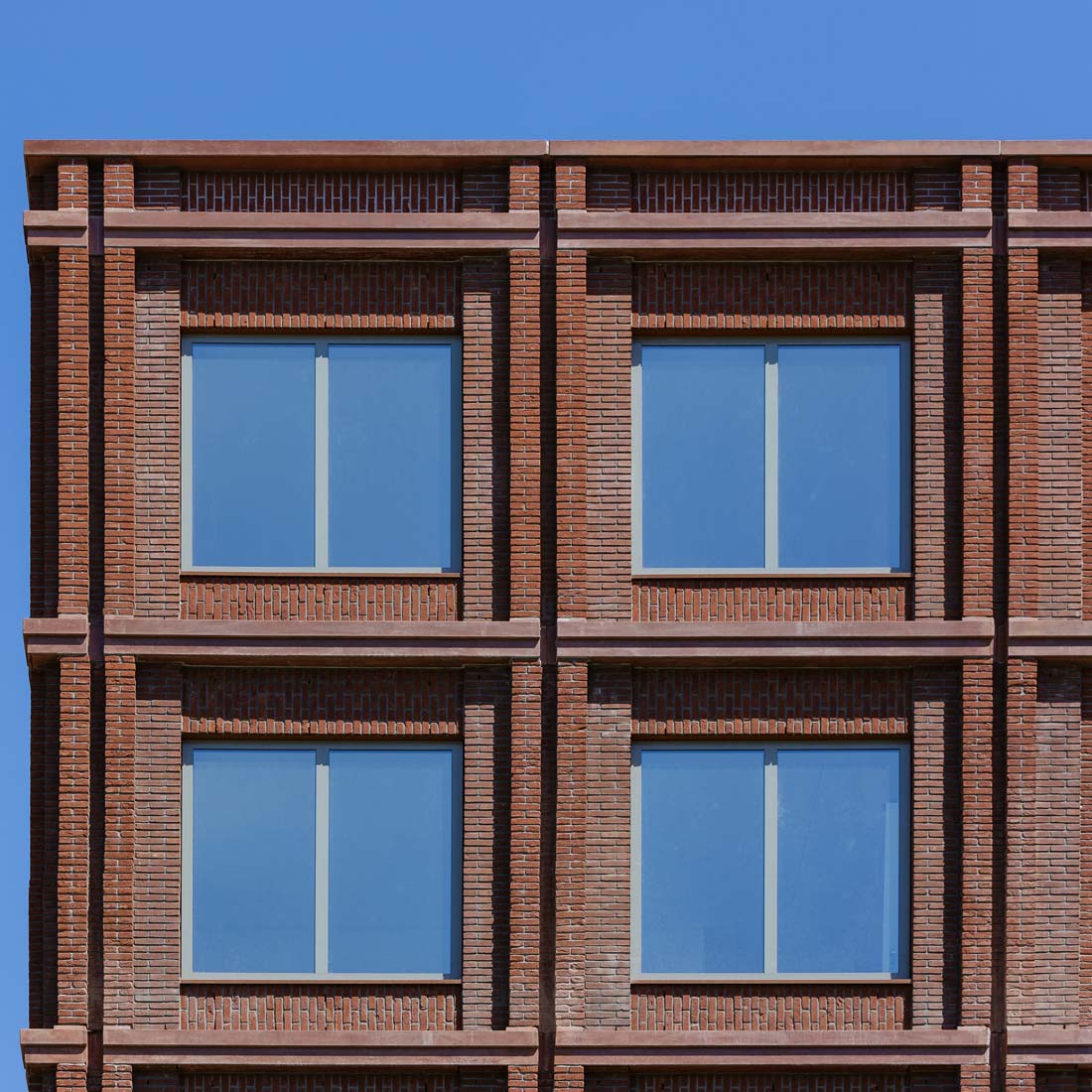 « Manneriehof Timber Residence: Designing from the Landscape
On Social Sustainability »