There is a strong urge, today, to value urban interventions that optimize financial resources and encourage the sustainable development of cities. For current economic, ecological and logistic reasons, it is important to ask the question: How can we build a city with the minimum? The answer favors the creation of urban acupunctures. This attitude brings to mind Richard Buckminster Fuller’s idea of “doing more with less” and encourages what could be called “urban minimalism”, leaving out everything that is not essential. 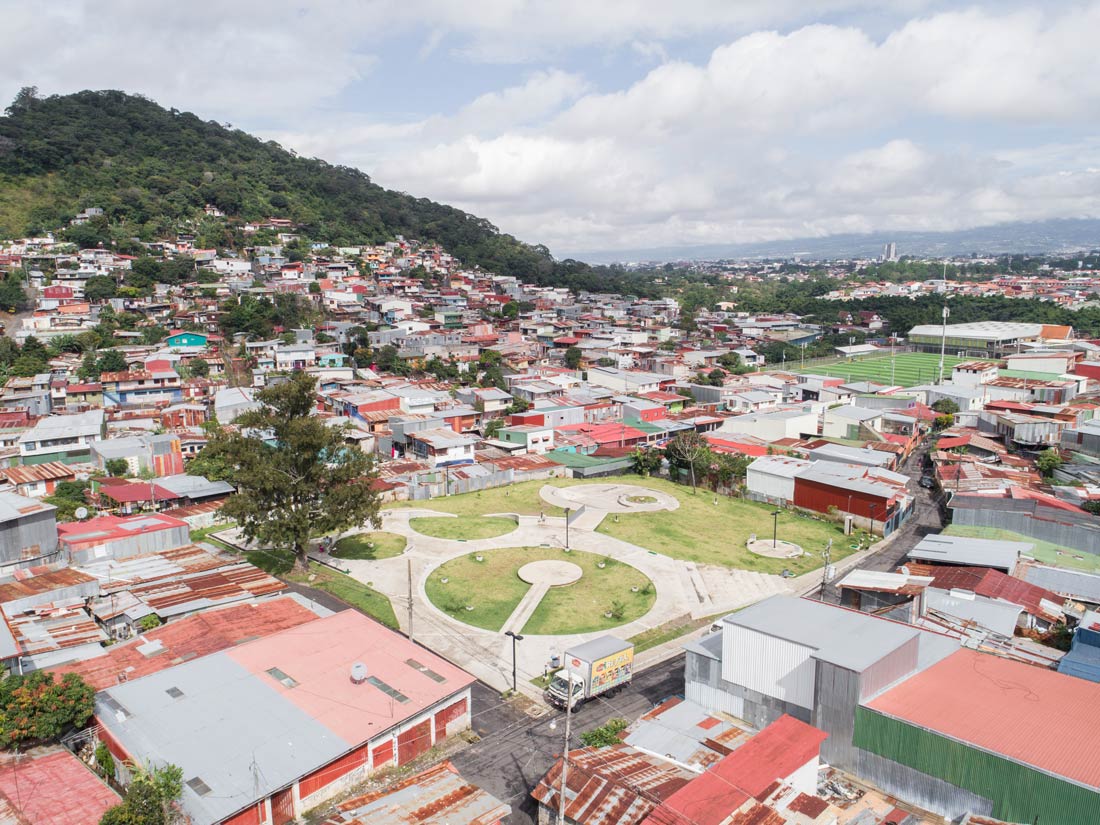 In Brazil, Luis Paulo Conde created Rio-Cidade, a program that included Jordi Borja, Oriol Bohigas and Nuno Portas as consultants, which, according to Roberto Segre, initiated the “urban acupuncture” works. Miquel Adrià mentions that Oriol Bohigas treated the “urban metastasis” with “urban acupuncture”. Commenting on this way of acting in the city, Jordi Borja and Zaida Muxí point out that the “degrading reduces through strategies that combine some axis openings and public spaces with multiple acupuncture in critical spots”.

Because of this, “urban acupunctures” are interrelated in what is meant to be known as Urban Acupuncture Systems. These are located in the existing city and encourage an open, democratic and operative public space. 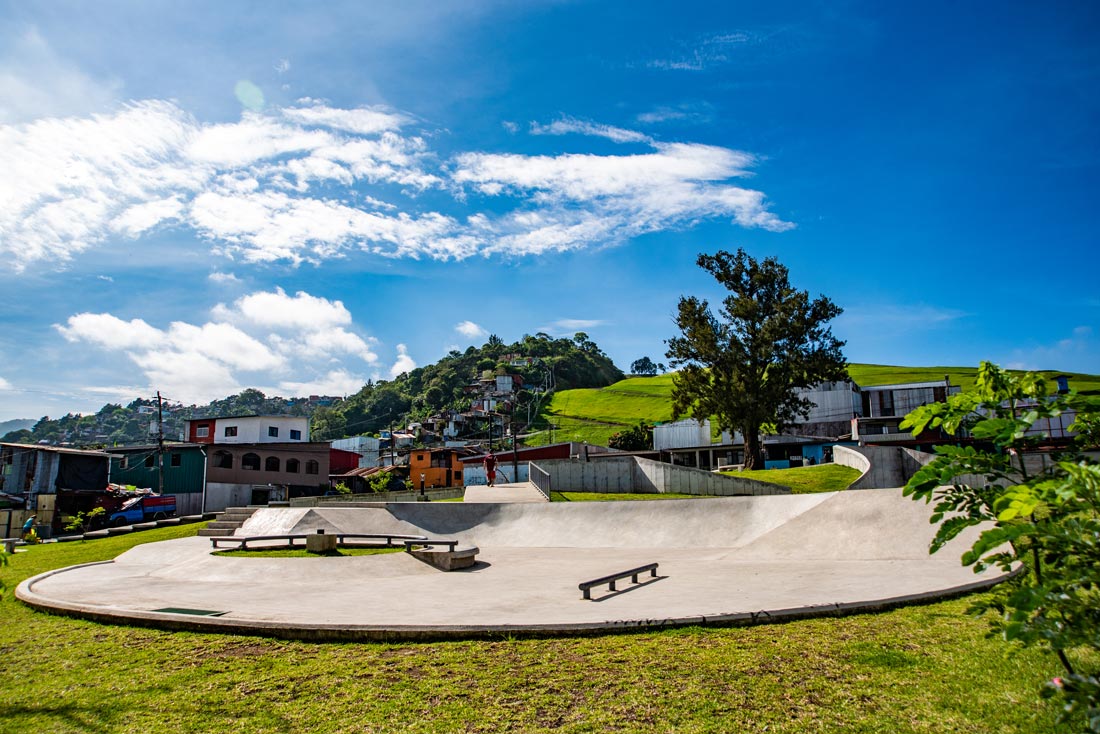 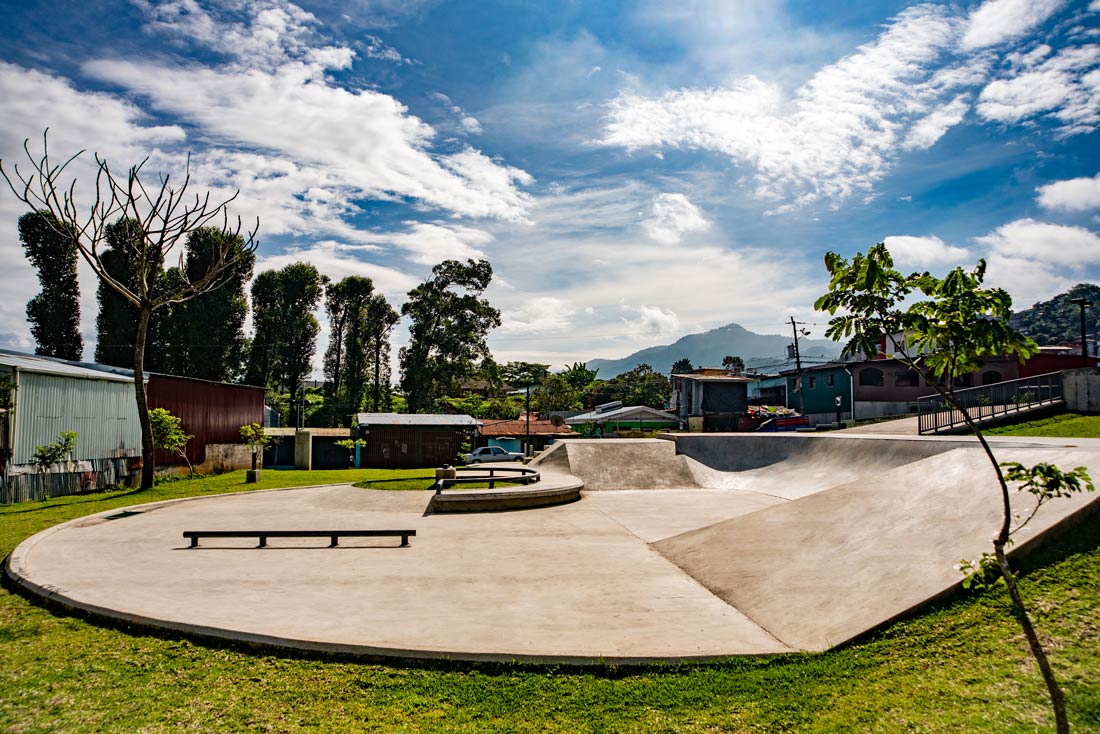 Located in Curridabat, San José, Costa Rica, Tirrases Urban Complex is an example of these systems. This area of the city presents great social wealth, an abrupt topography that generates wide visuals, a mountain range to the south, a river border to the north, and a population of about 16,000 inhabitants. In many areas, neighborhoods are lacking in respectable infrastructure and public spaces. 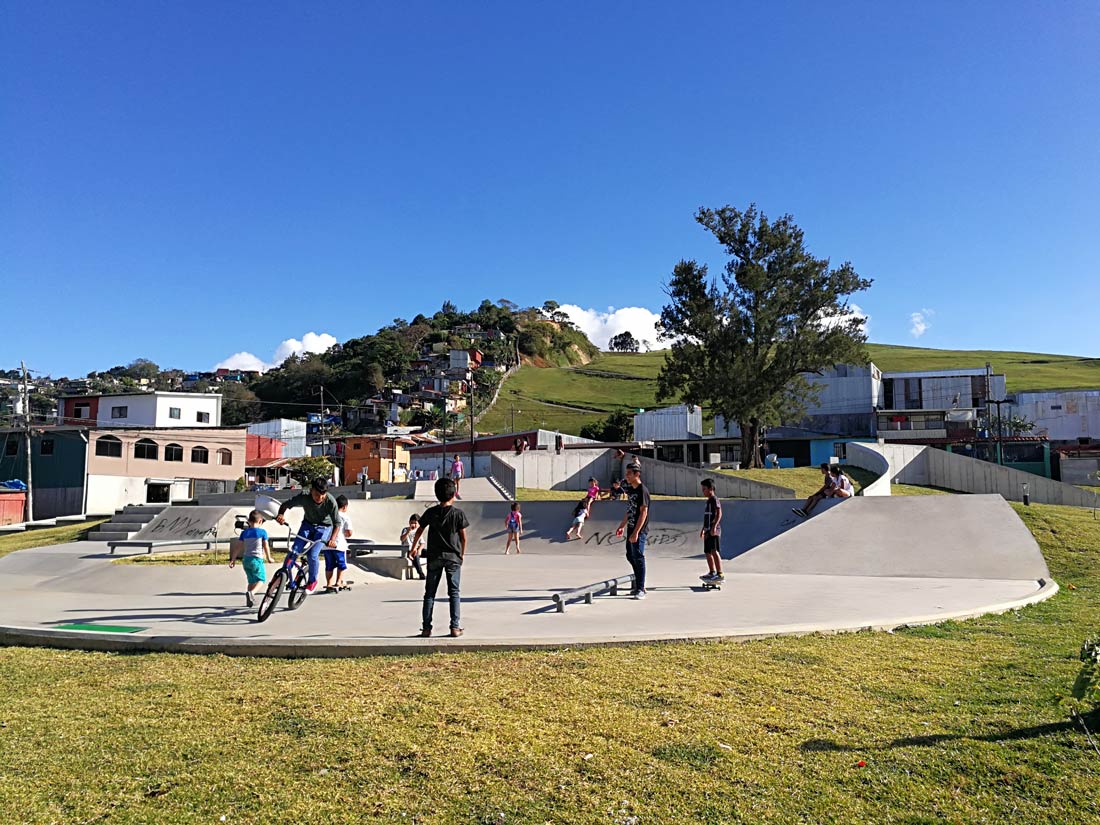 The park – south of Tirrases – has four areas (seating area, children’s playground, skate park and stairway/amphitheater) and is accessed from the east and the south, generating a diagonal that creates a visual flow towards the center of Curridabat. The design adapts to the site’s topography, creating a green area that softens the irregular perimeter configuration. 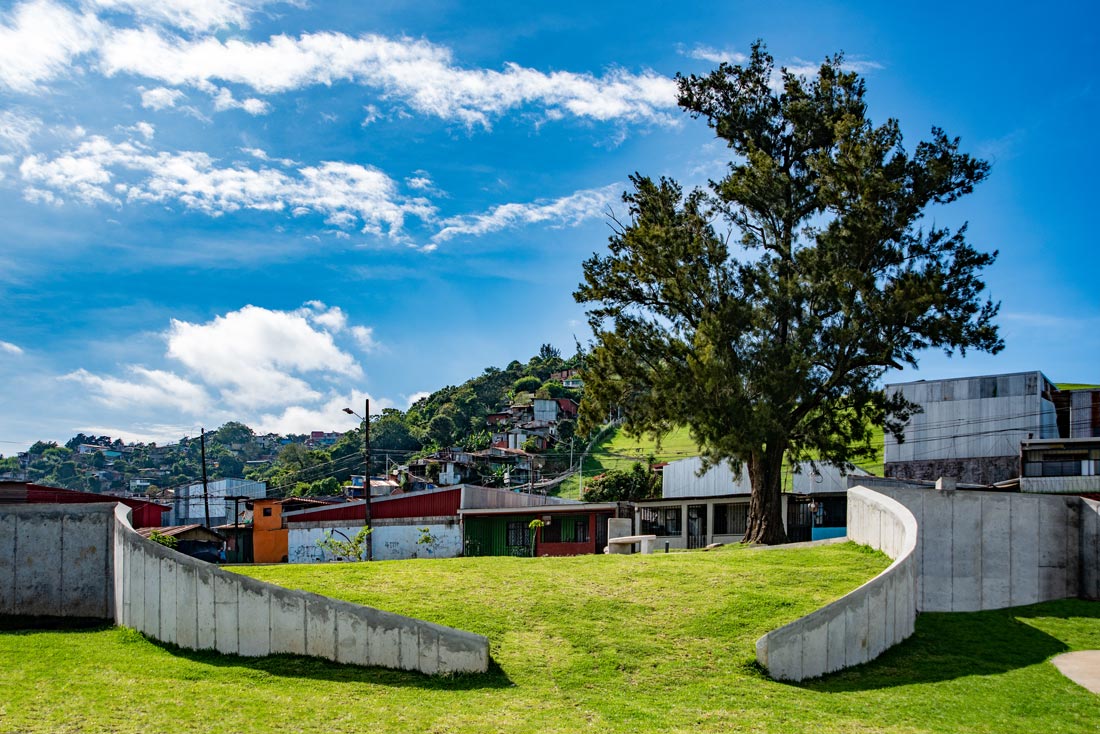 The composition is a set of circles with continuous paths created for the enjoyment of users and to outline leisure areas. This strategy of forming circles refers to Guayabo National Monument, Costa Rica’s most important and antique pre-Hispanic archeological sites.

The park is built in exposed concrete because of the quality and low maintenance of the material. Artificial light is incorporated to increase the park’s use and collaborate with security. This project responds largely to the users’ needs, seeks out social convergence and dignifies a place that has been in evident abandonment. 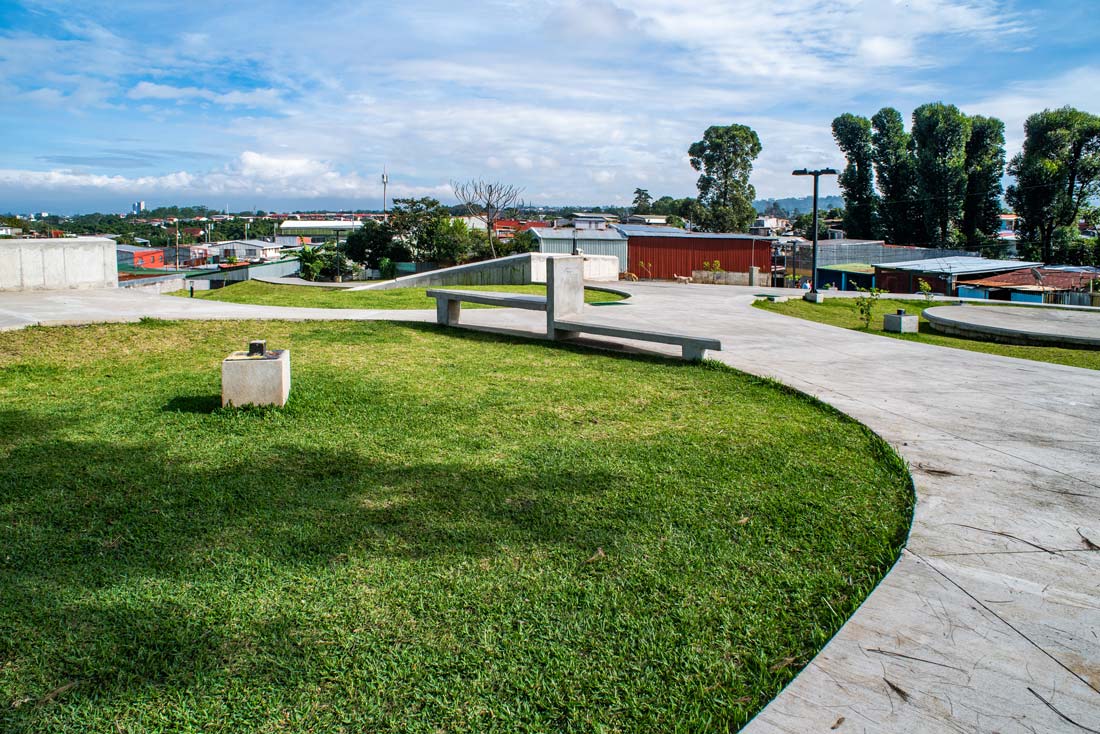 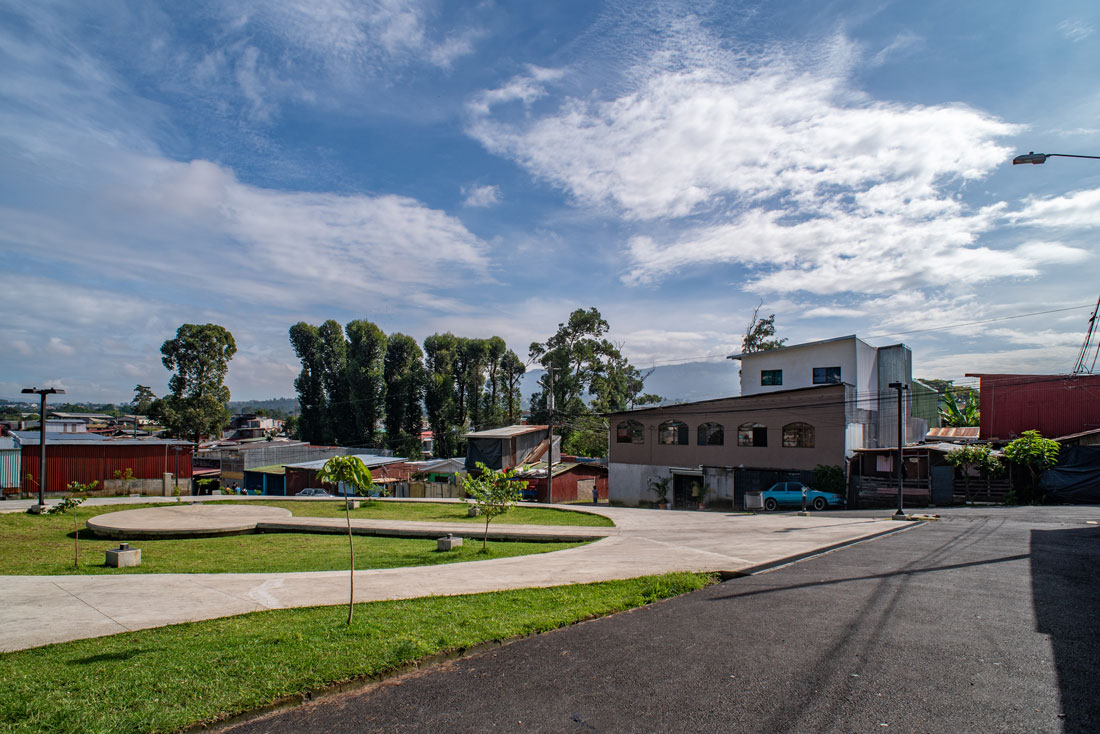 « The Garden and the Machine
Solidarity as a Surviving Mechanism »