Las Americas is a prototype for the development of vertical dwellings in the city of Leon, Mexico. The housing project aims to offset the city’s unchecked sprawl, serving as a catalyst for urban regeneration and improved quality of life in low-income communities. 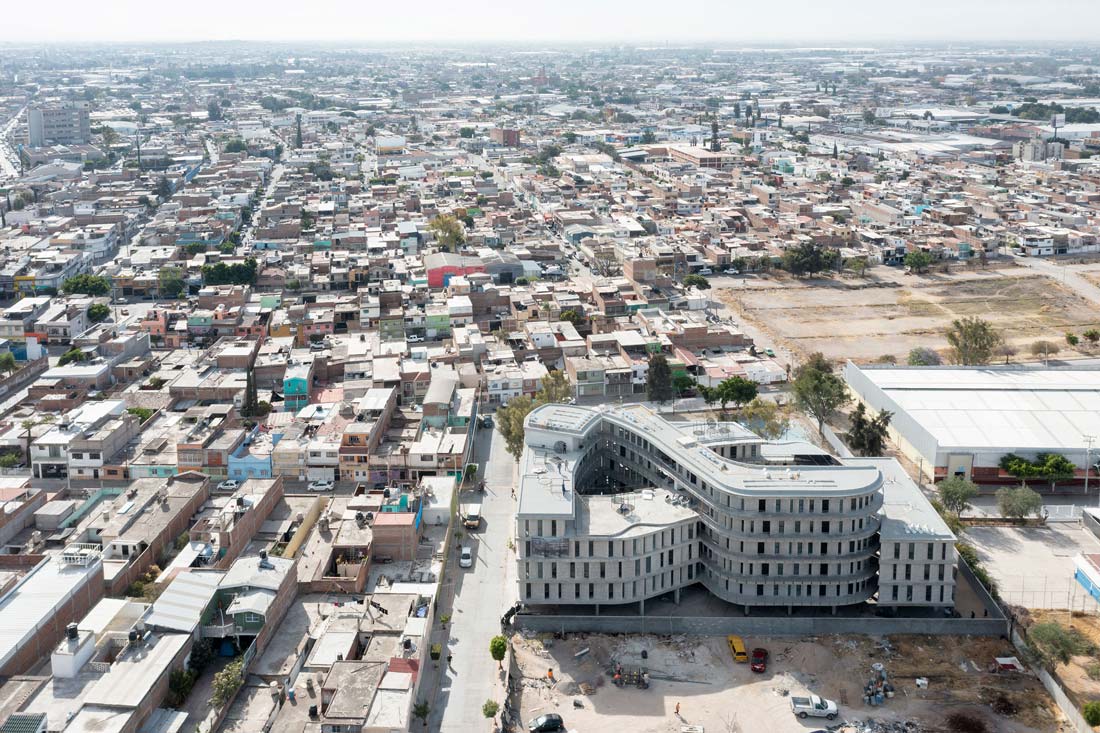 Traditional notions of homeownership currently lock developments into becoming acres of identical free-standing homes in remote areas far from the economic center. An extensive expansion of municipal utilities and expensive transportation programs have led to a decline in the region’s economy and a loss of critical density within Leon. 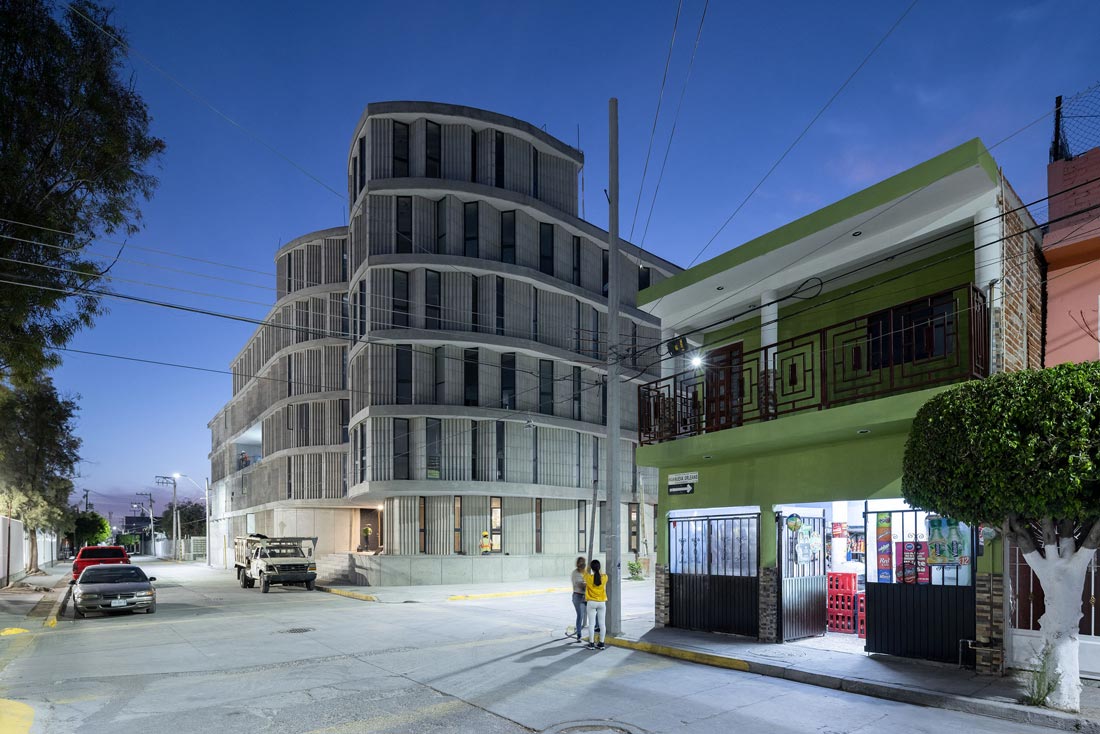 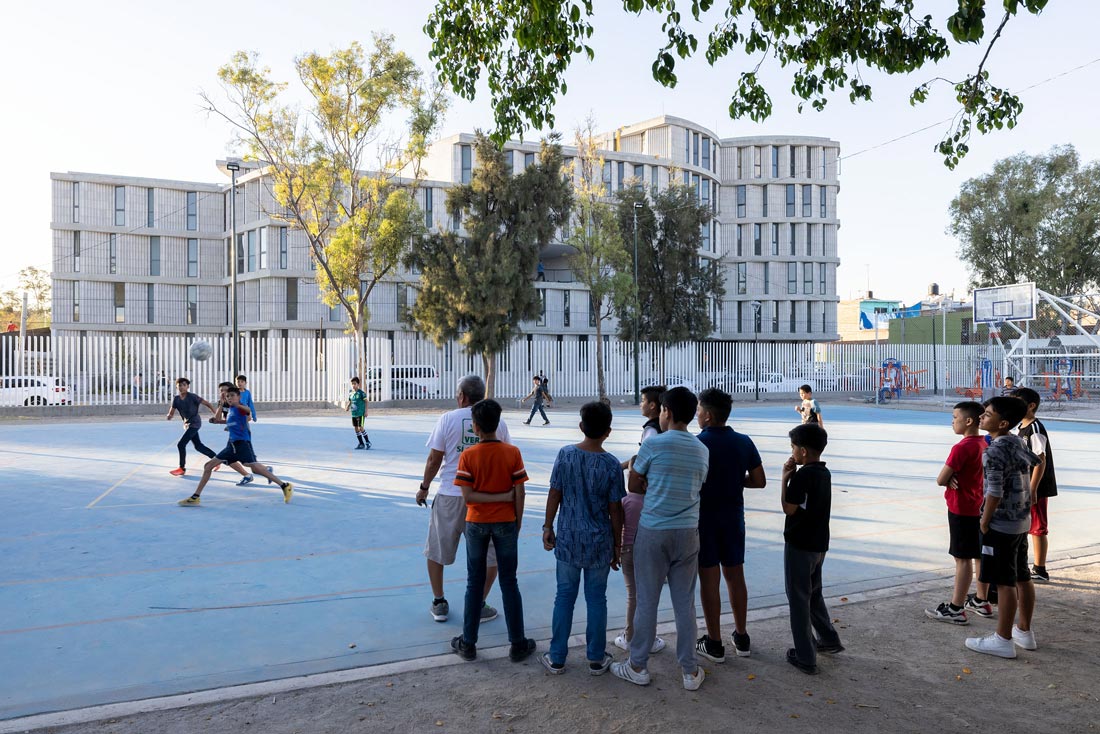 We worked with Imuvi Development and the City of Leon to rethink housing models in the city and develop a structure that would be both cost-effective and encourage tenants to value vertical dwellings just as much as their freestanding single-family counterparts. 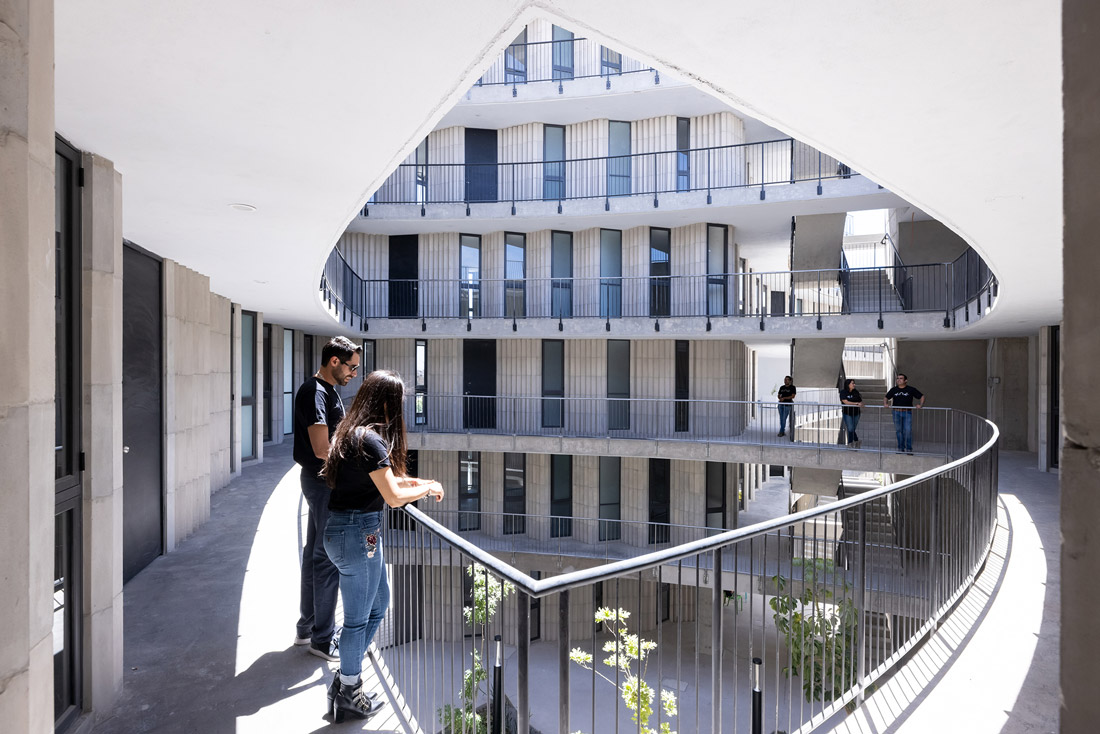 Our project creates 60 condo units as a vertical housing block at the city’s center. The design maximizes the plot’s buildable footprint and generates two interior courtyards that provide cross ventilation to each unit, with parking and a commercial ground floor. 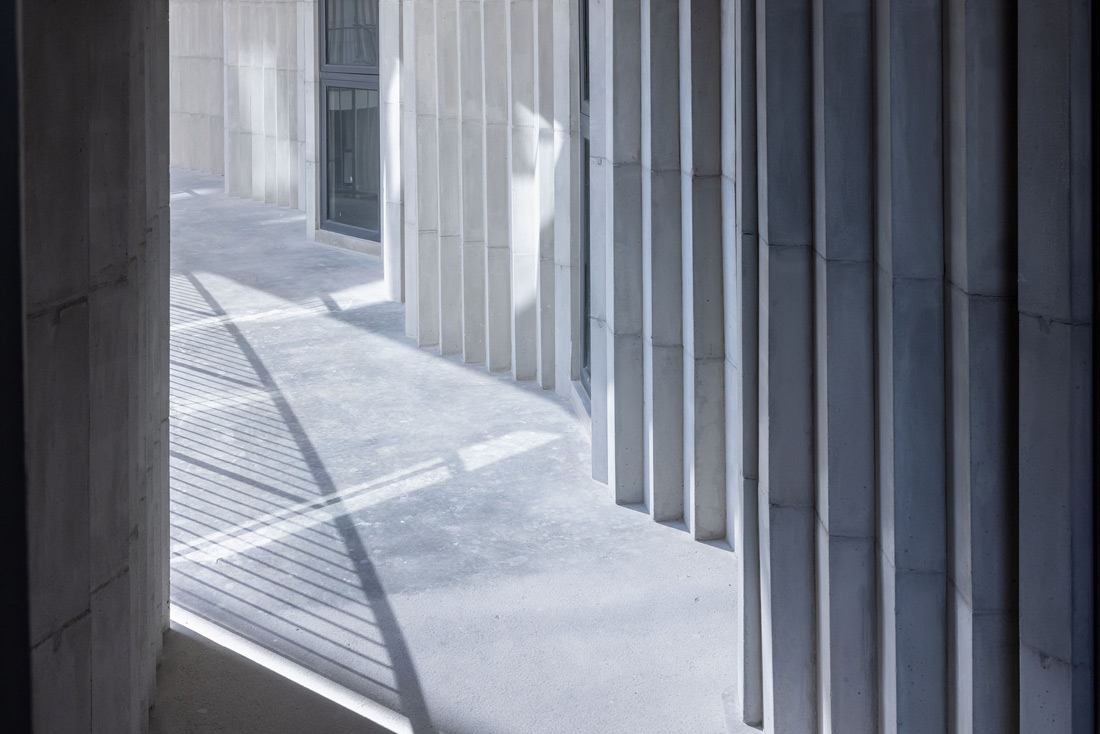 Resonant of the traditional home’s sense of privacy, no two units face one another. Units are arranged in a single-loaded corridor to face the courtyard and provide views out to the neighborhood, promoting the sense of private homeownership. 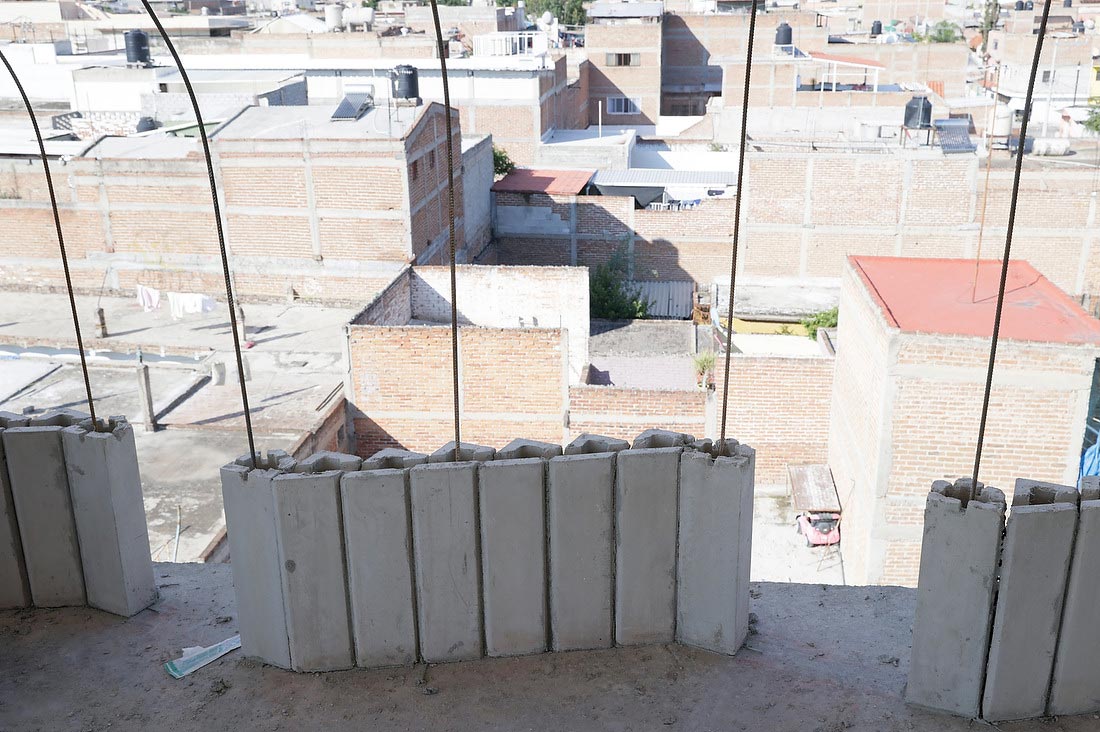 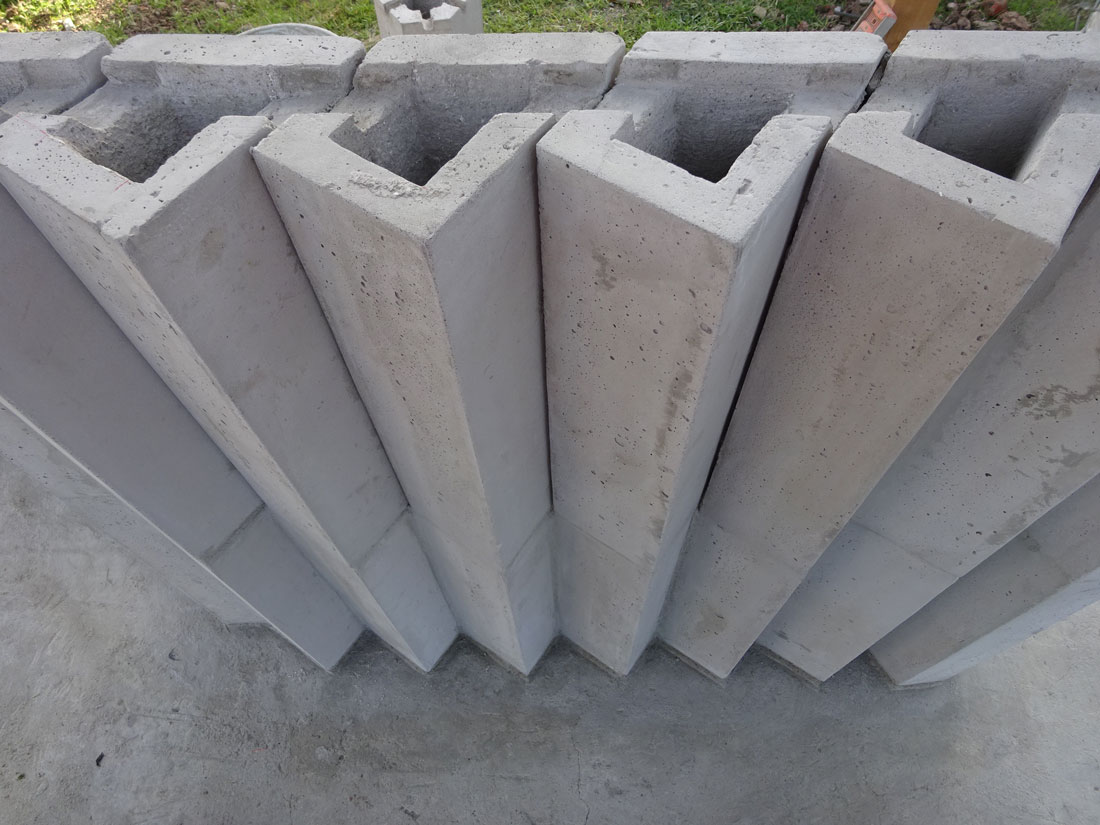 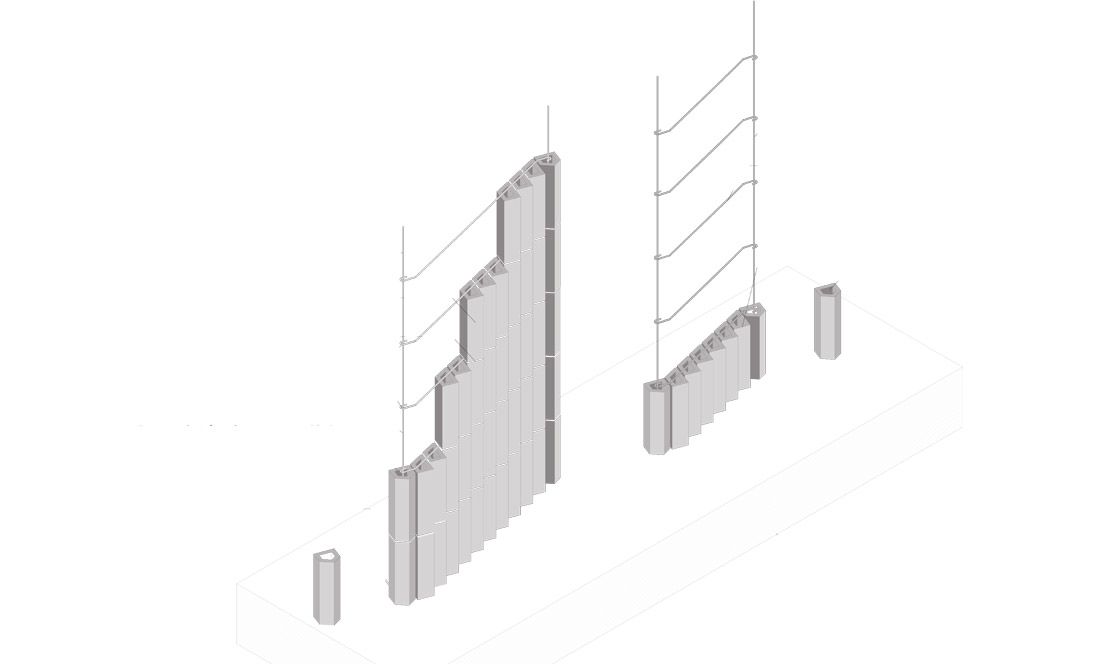 A façade assembled of uniquely developed concrete blocks enhances privacy and shading, generating a unique interior atmosphere, and lending character to the building’s exterior. The project is designed with shared utility cores and prefabricated 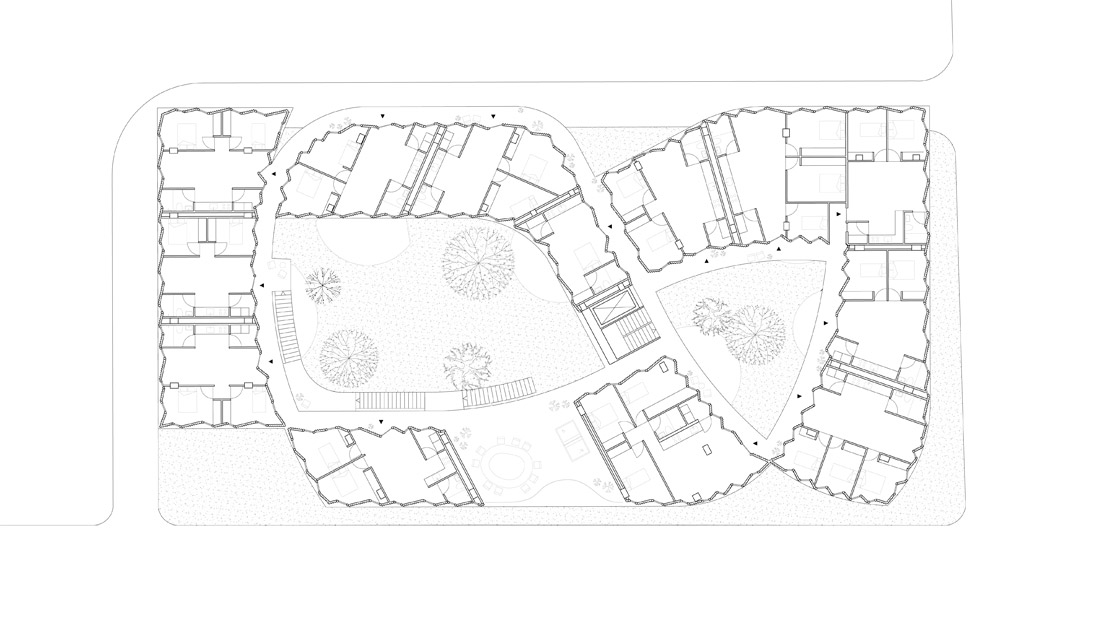