Landscape of Knowledge: The National Library of Israel

An architectural competition launched in early 2012 called to replace the National Library’s current location within the Hebrew University Campus with a new larger building better fit for the Library’s future needs. The site for the new building – located in West Jerusalem, adjacent to the Israel Museum and the Israeli Parliament (Knesset) – intended to enhance the Library’s public presence, accessibility and symbolic role within Israeli culture, while rethinking the design of the library in the digital age. 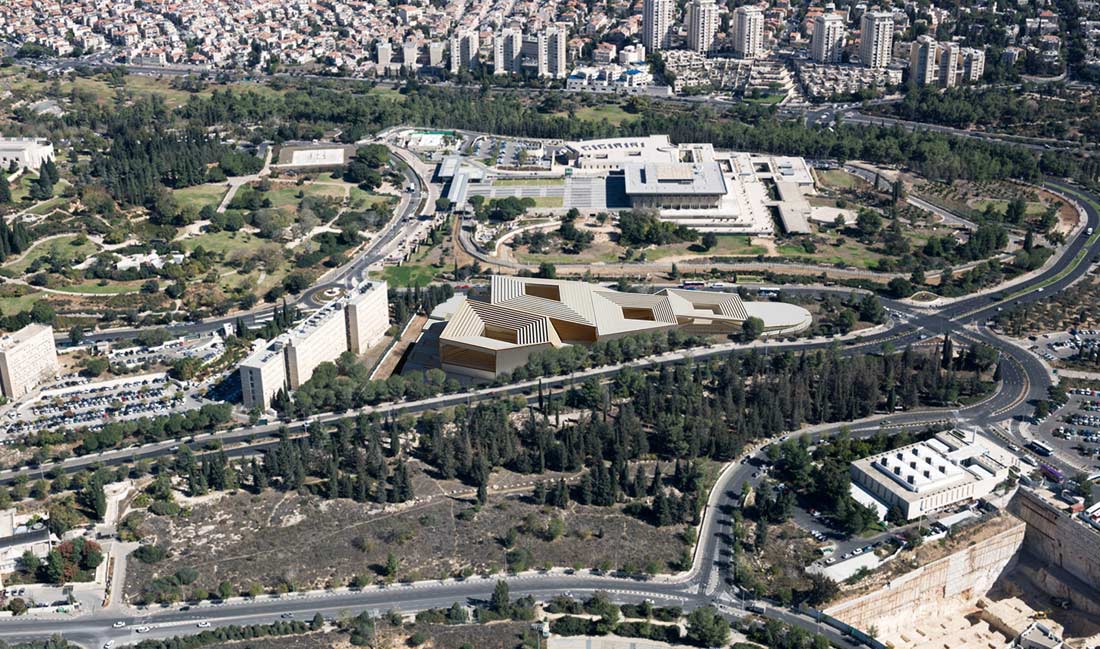 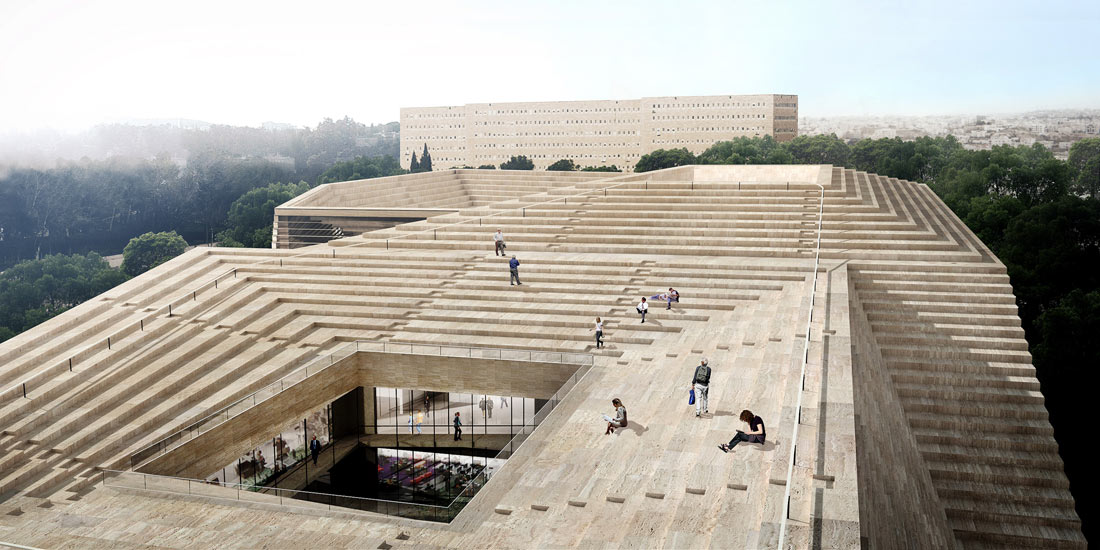 Our proposal for the National Library of Israel conceives the building as a ‘landscape of stone steps’ which ascend the bedrock and resonate with the terraced hills of Jerusalem. The library building is not placed ‘on site’ but, as a foundation, rebuilds the site, mediating the topographical differences of the surroundings to allow a continuous field of movement throughout its exterior and interior spaces. It upholds the Information Age dictum that knowledge be a field of interaction rather than an object of control and containment. 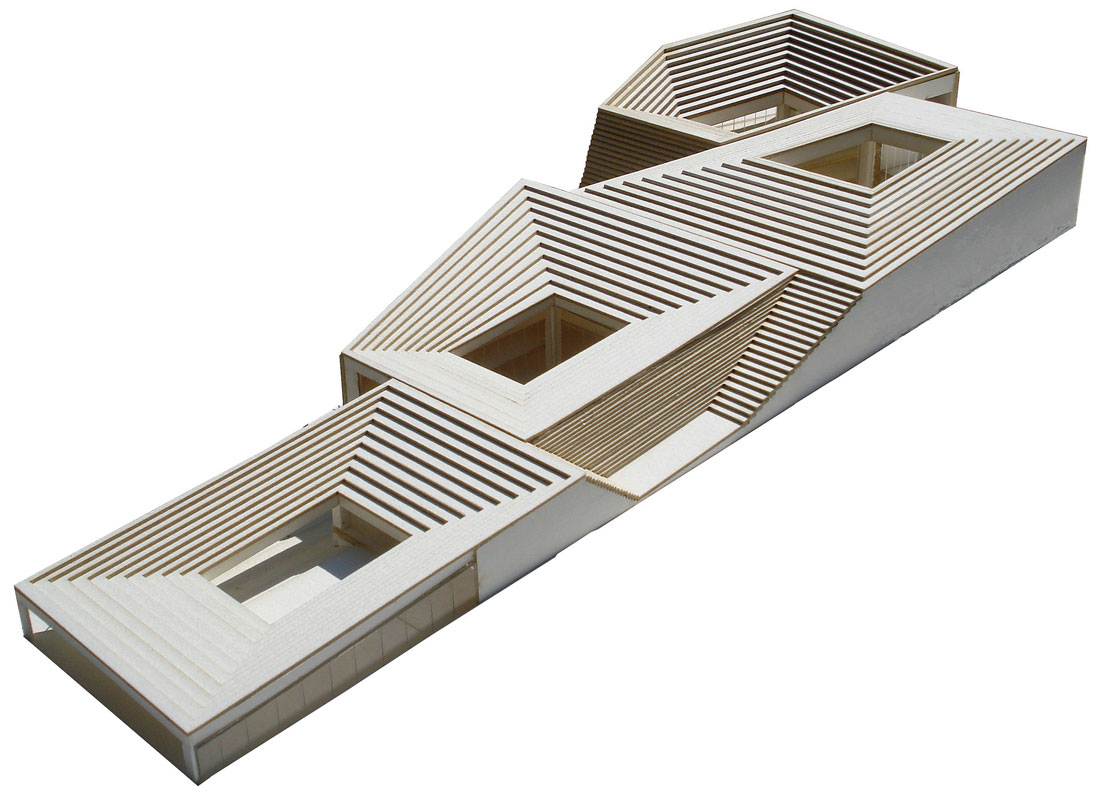 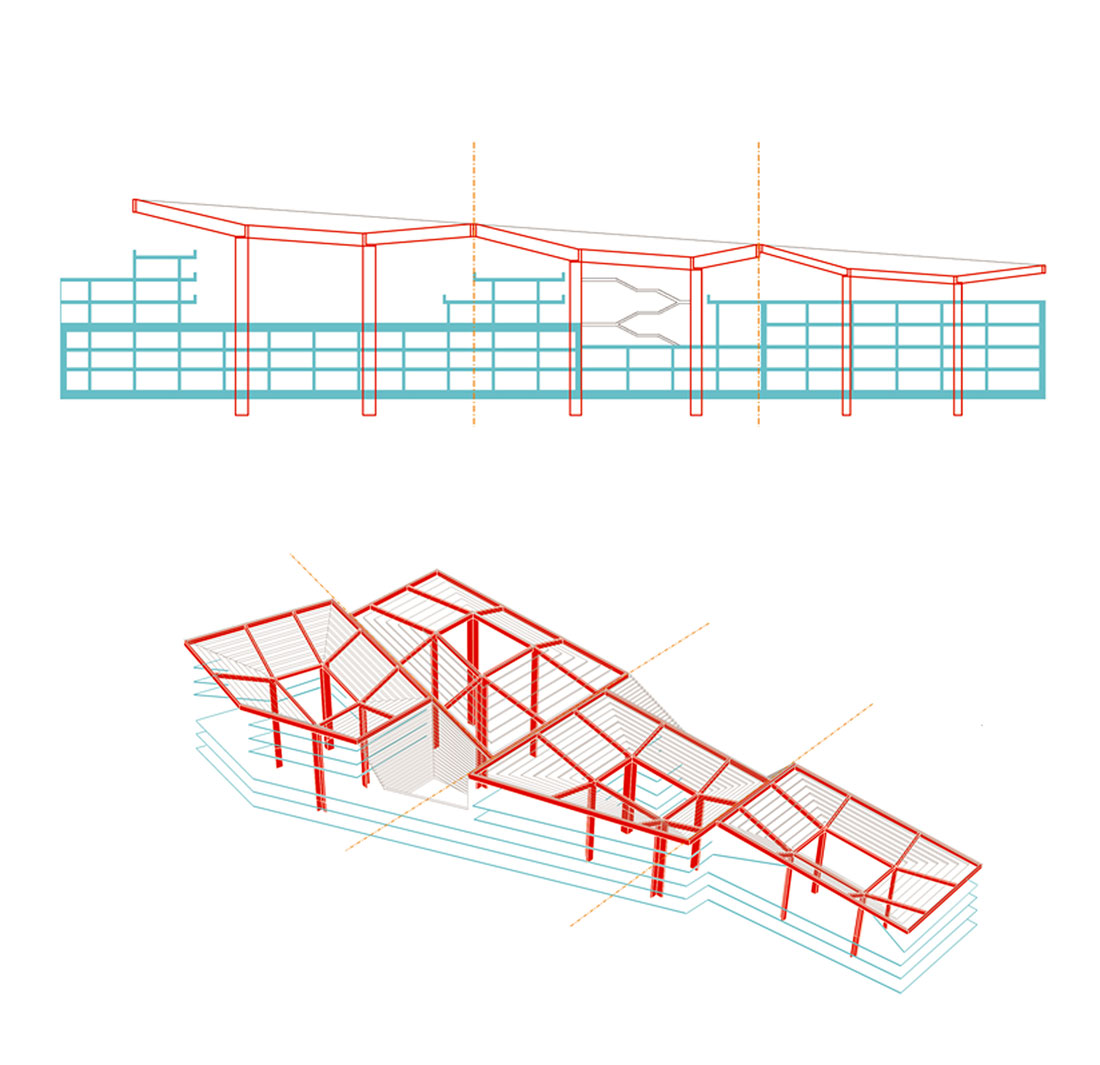 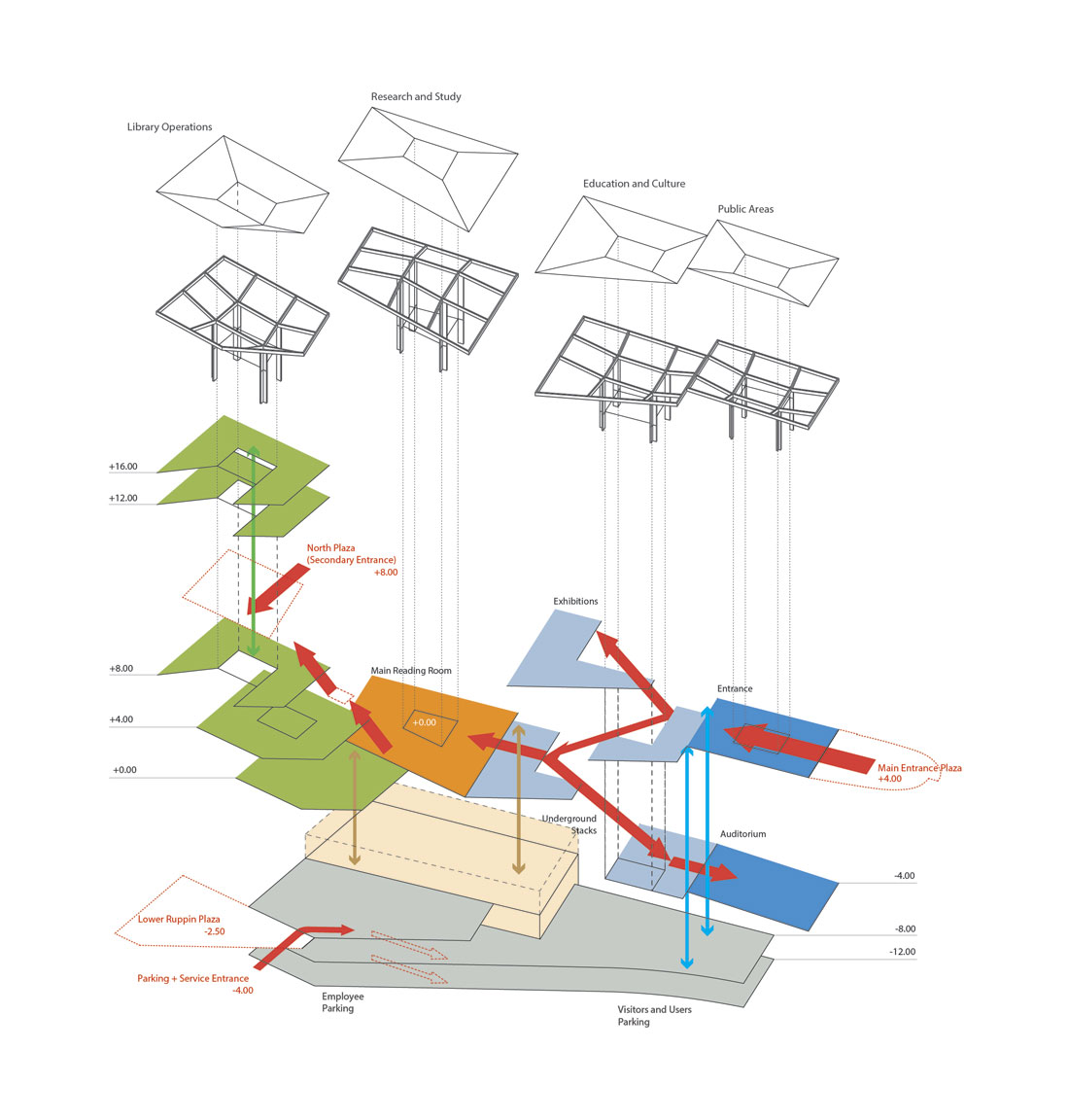 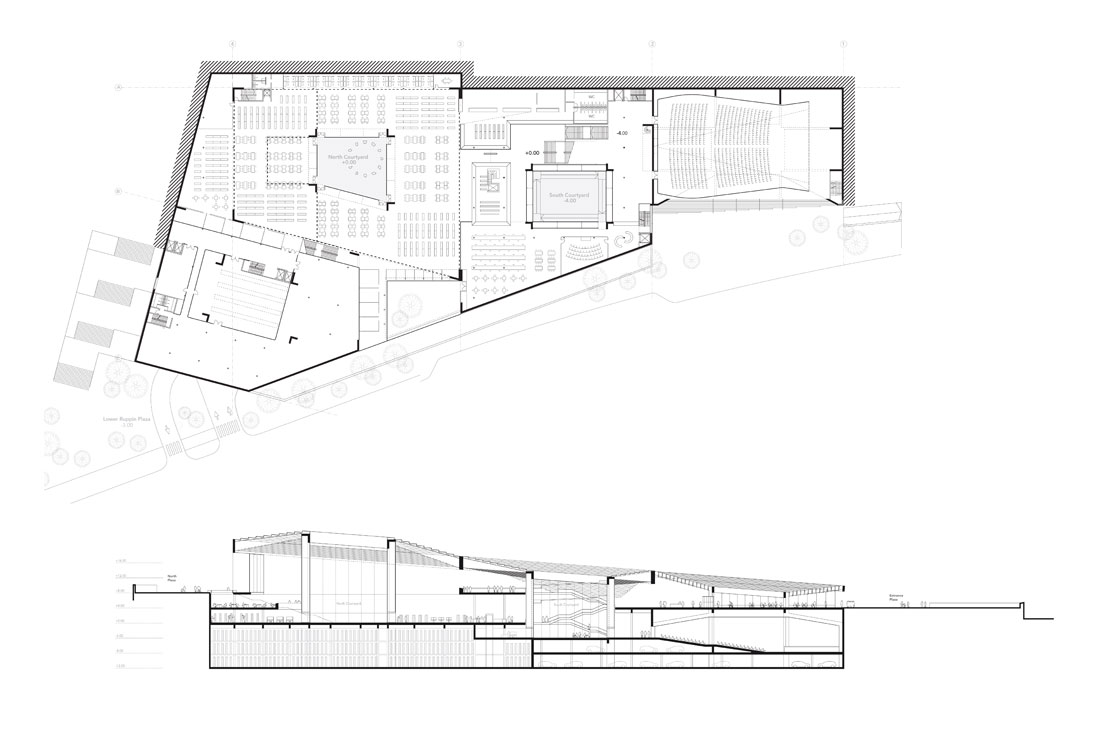 The strong Jerusalem light floods the building from above ‘carving out’ four luminous courtyard spaces which, in turn, diffuse light into the interior and organize the four main uses of the building: Public Areas, Education/Culture, Research/Study, and Library Operations. Great columns surrounding the courtyards branch outwards as large canopies that connect at their perimeter to form a continuous roof structure which, together with the rhythmic sequence of the courtyards, creates a variety of large and intimate interior spaces. The thickened stone roof and the building’s semi-buried condition enhance its thermal mass and insulation to maintain a cooler interior during the summer and warmer one during the winter. 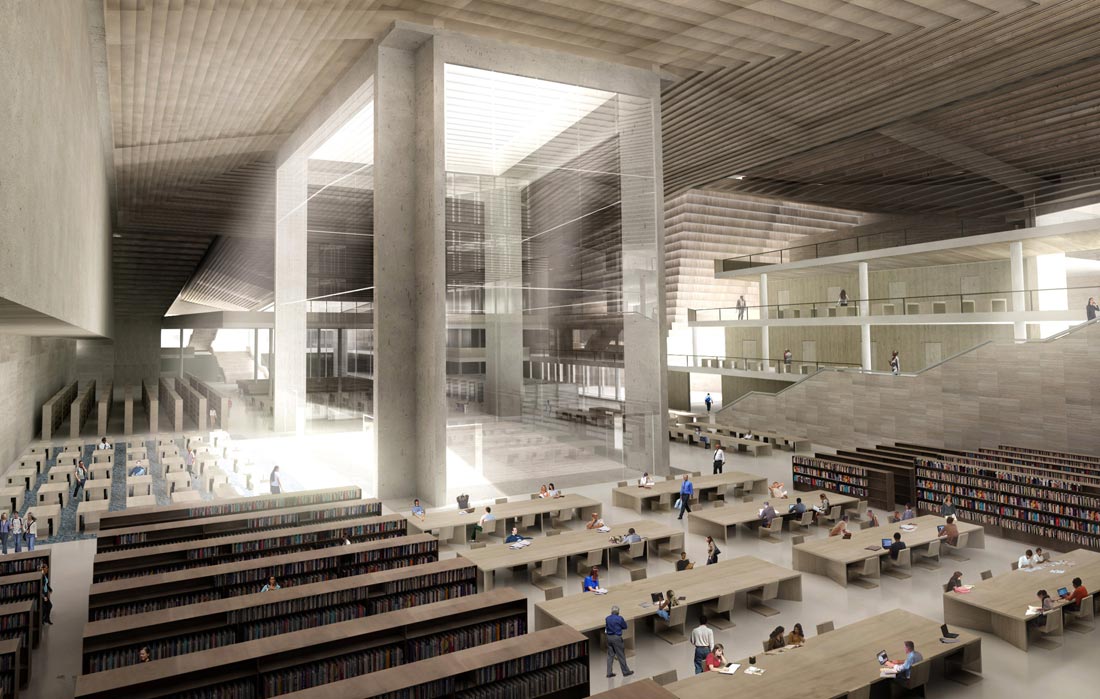 As knowledge is liberated from its historic carriers, so is architecture freed to provide more flexible and diversified spaces for meeting, learning and writing – a platform that engages the layman and clergy, the scholar and blogger, the artist and analyst, the teacher and student. The National Library further expands this role three-fold: as an ‘ark’ of past treasures; a prominent public space of present day Jerusalem; and a space of production and curation of future knowledge. 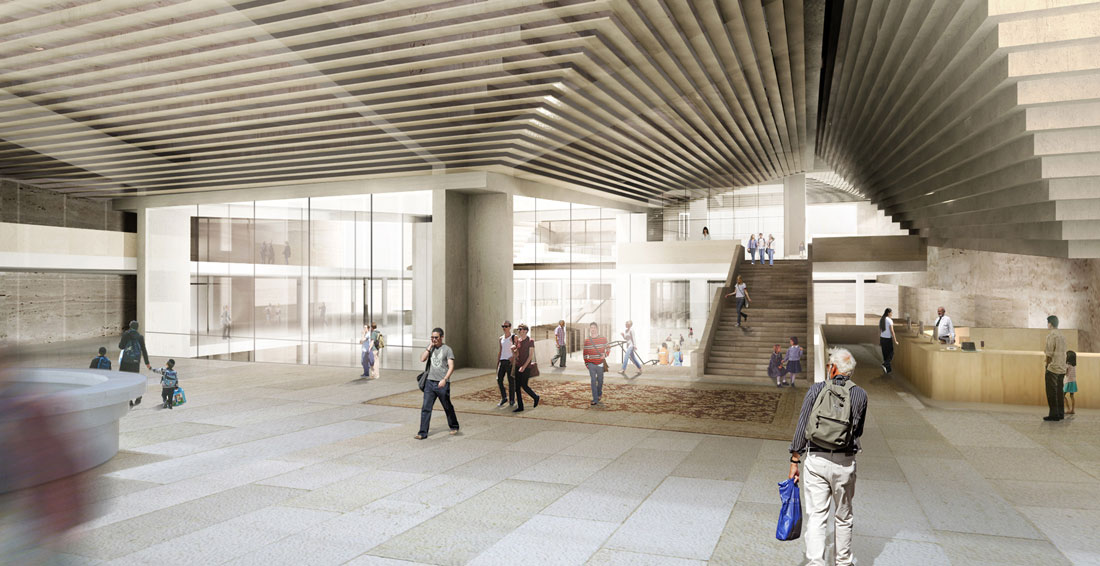