The challenge of the project was to develop a climate adaptation which could also promote improved urban living: connecting fragmented urban areas, creating new attractive meeting points, and bringing nature closer to the residents. 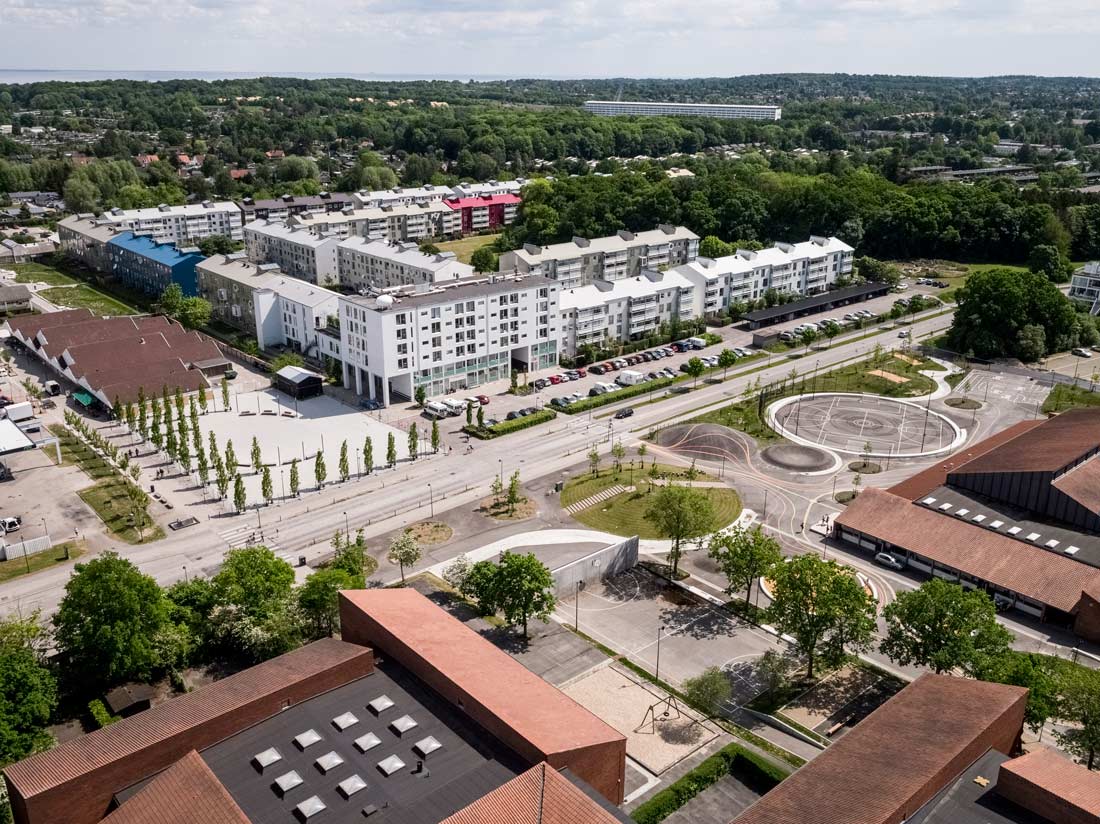 Climate Adaptation Kokkedal covers an area of 60 ha in the North of Zealand. The area, which contains two large subsidized housing associations, borders the Usserød River and consequently suffered severe flooding around 2011. 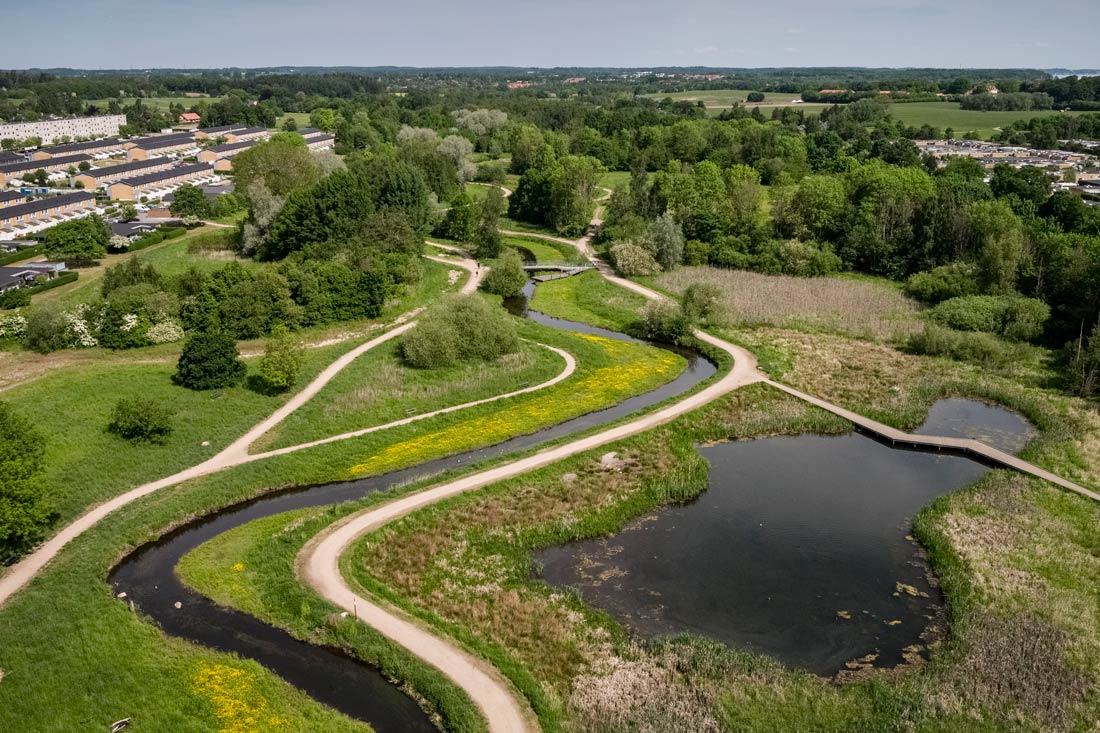 The Kokkedal project contains an extensive catalogue of solutions for climate adaptation and water methods. Whereas rainwater was formerly hidden underground in pipelines, the rainwater management is now made visible, offering new recreational urban possibilities. 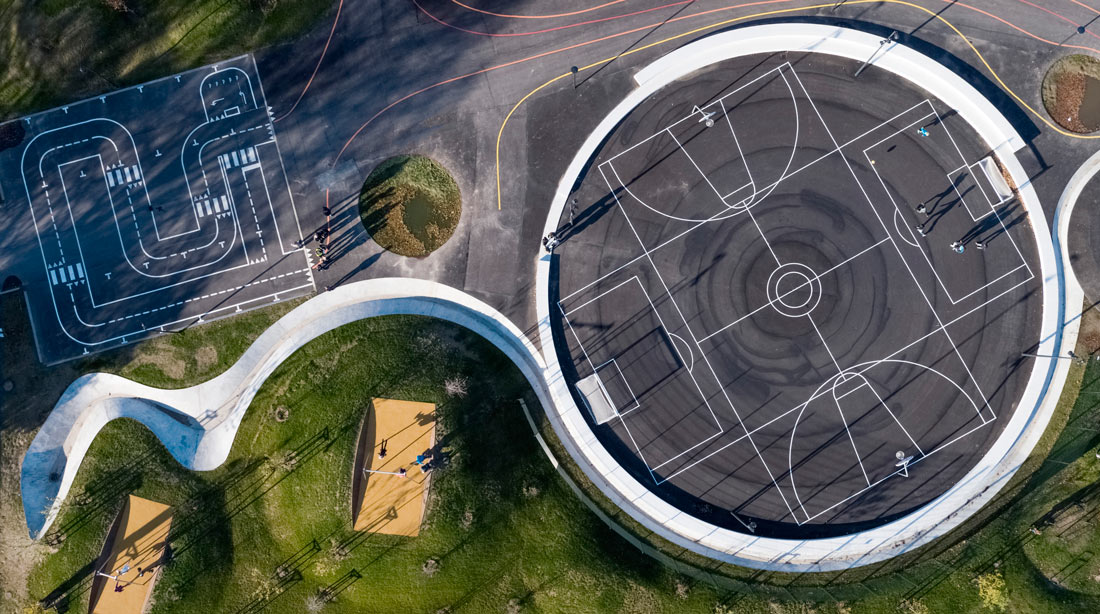 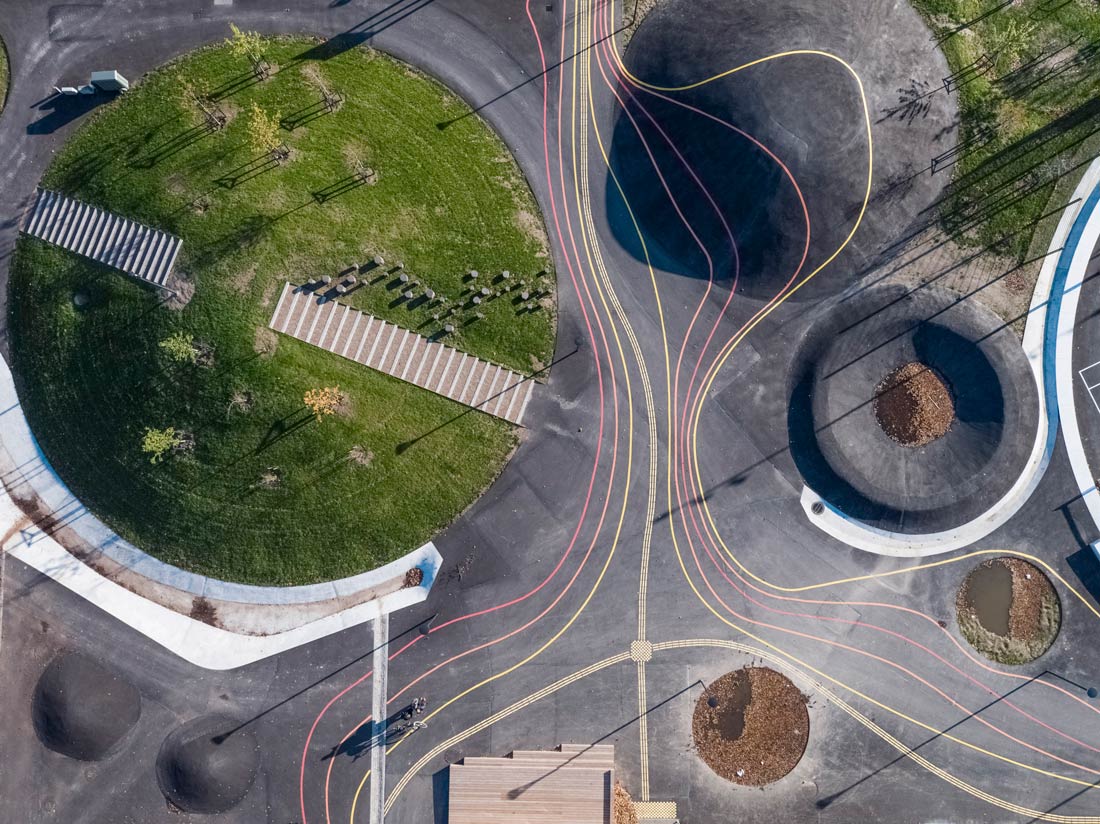 The residents have already made it clear that the project has improved the sense of security as planned. The new recreational areas are popular and have driven out the shifty activities which used to dominate the area. 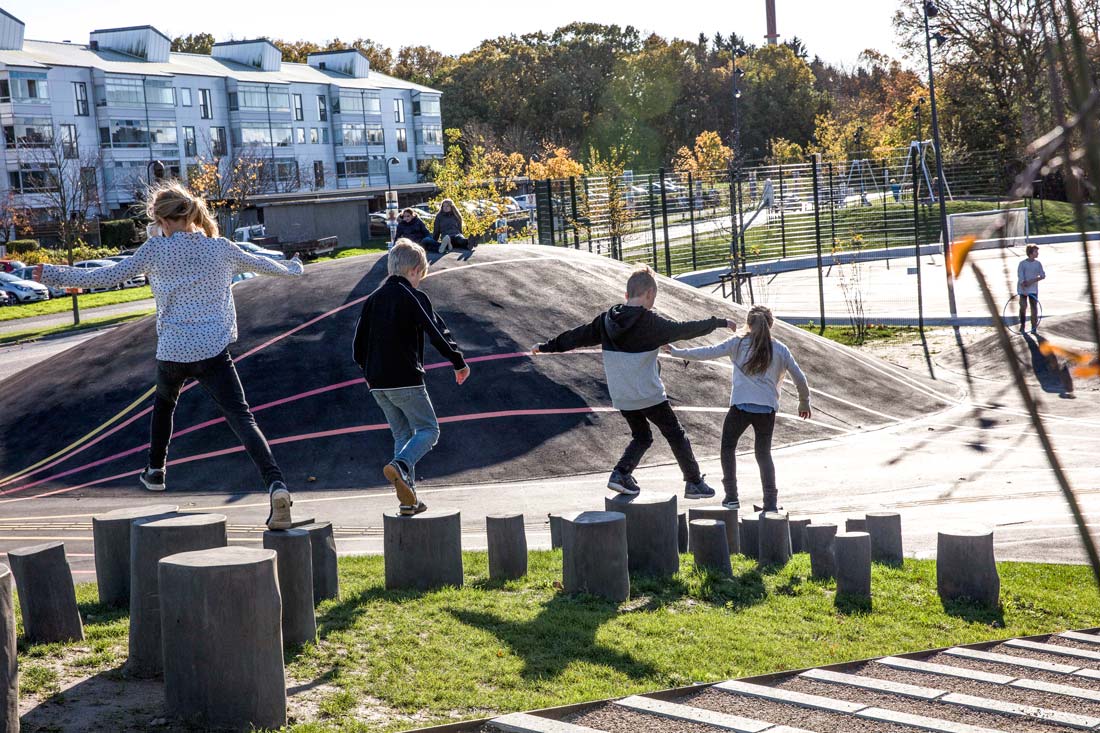 Rainwater is retained in basins and volumes which have a capacity of retaining a five-year occurrence. Rainfalls larger than this can still be managed without any serious damage. 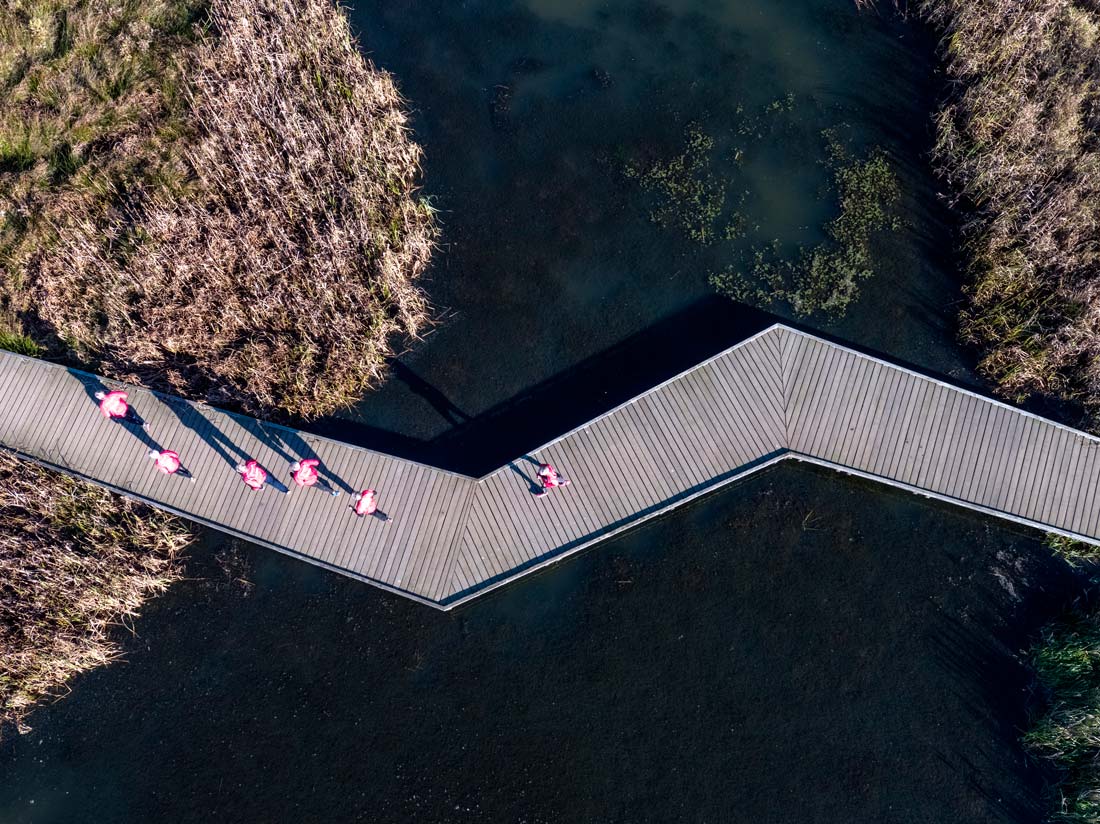 The rainwater is managed in a system on the surface, making it possible to follow its course from the smaller basins on to the soakaways and trenches, until it finally reaches the large basins and the Usserød River. All the water is directed through cleansing elements such as rainwater beds and basins. 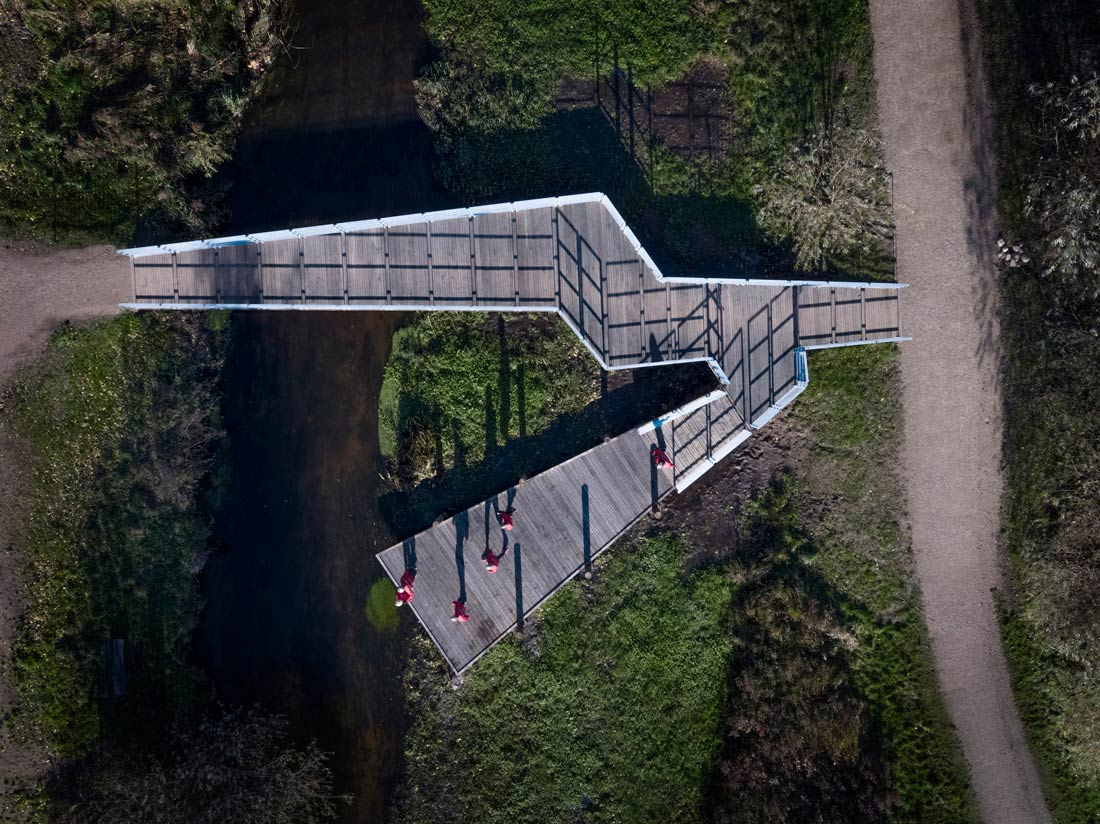 Climate Adaptation Kokkedal consists of 35 individual projects, each contributing recreational activities to the residents of the area. This dual function has been central to the project. A garden space has been created, for example, which provides green retainment basins, and the local sports field has been walled in by a grass-clad earth mound, ensuring that large amounts of stormwater can be held back. 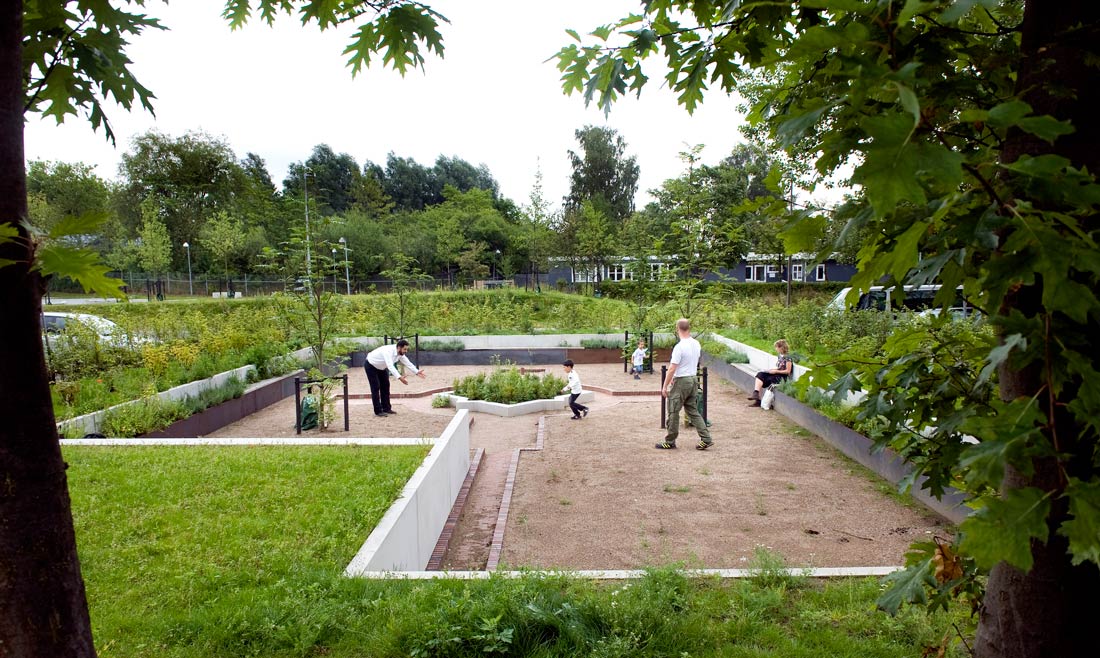 The project consists of gardens, activity areas, exercise paths, nature playgrounds and areas which can be used for educational purposes. 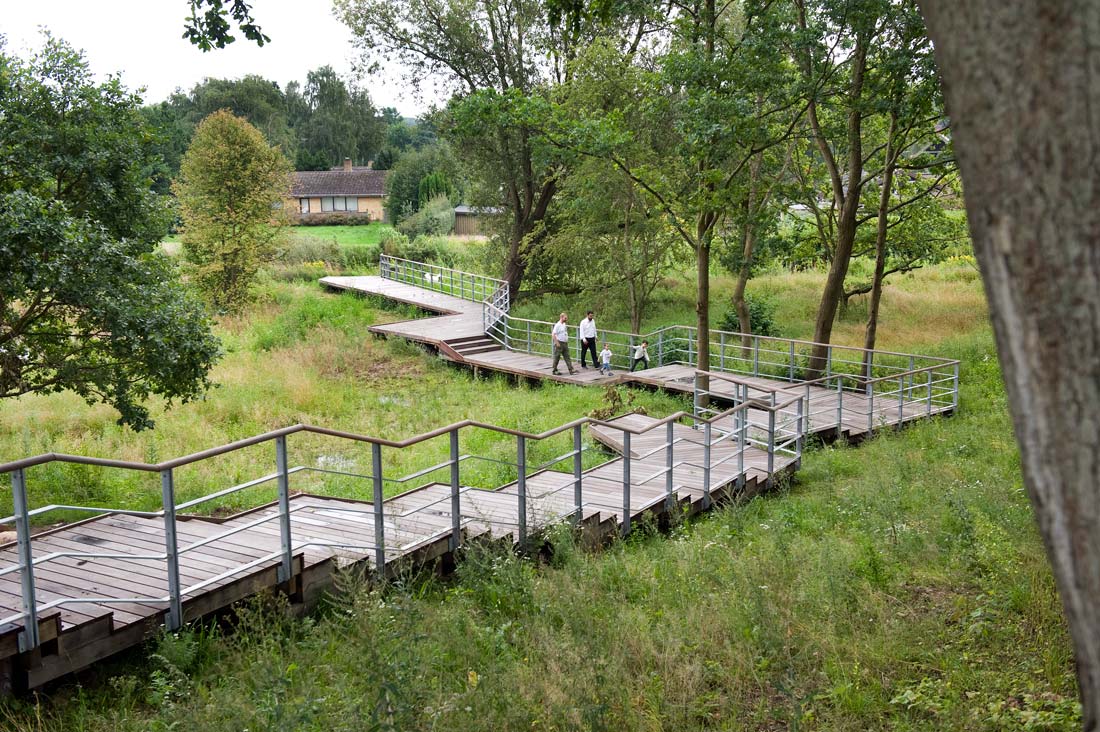 In addition, the artist Eva Koch has created a large bowl-shaped space that is filled with projected images of flowering poppies at night.

In November 2017, the project received DANVA and Realdania’s Climate Award for creating a project which serves as an inspiration for all future climate adaptation projects.