This essay is an excerpt of Kind of Boring by Paul Preissner, published by Actar Publishers

There are a lot of pictures and images to look at in the world now thanks to the cultural clearinghouse of the internet and social media, books, magazines, and friends. Some are spectacular, some are gross, some are funny, most are ordinary, and some are pretty boring. This firehose of visual culture captures most of my attention, and as I’ve entered my forty-fifth year looking at things my eyes get a little glossy at interesting things. Where the novel and saturated picture used to occupy my mind for long periods of time, I now find more enjoyment, depth, and attraction with the boring and mundane things. Part of this is exhaustion, I suppose, but another reason is that there is somehow more feeling and complexity in the depictions of the weird parts of the world. The wonderful is obvious and remarkable, but it’s also known and knowable. There’s no wilderness to the spectacle and no confusion with novelty. Those things are immediate and “speak” to us. The interesting aptly communicates what it is, and as a viewer, I like it or don’t, but there isn’t much room for thought, just appreciation. The boring offers more space for thought, or even more space to drift. It doesn’t always have a point, or even a comment. It’s a nebulous body of things that often confuses and makes one curious about motive or composition or points.

Perhaps the underlying problem with the interesting (or at least the reason for my lessening of interest in the interesting) is that it works within the conservative model of “taste.” You can like it, or not, but that feeling reflects whether you accept or reject its extension of an established cultural project. There seems to be no model allowing one’s indifference about interesting things. There is a belief about “taste” that it’s a real thing, and that, more than it just being an existential characteristic or quality one might “have,” it is in some way evidence of some intellectual or moral superiority an individual possesses. That it is often just accepted without much examination seems to only serve the status quo interests of the generationally wealthy and powerful. This existence in the world of distinction and efforts to constantly capture our attention (through our eyes) tend to make us unfree.

Boring things open the world up. There is no request for attention or need for applause or approval. It’s boring. It’s already something with little (initially) to offer. Boring and dull things are empty. However, it’s this void that allows for things which are normal, anonymous, and quotidian to become weird and strange and make space for the imagination. It’s a free space in all the ways that interesting things are a closed room. 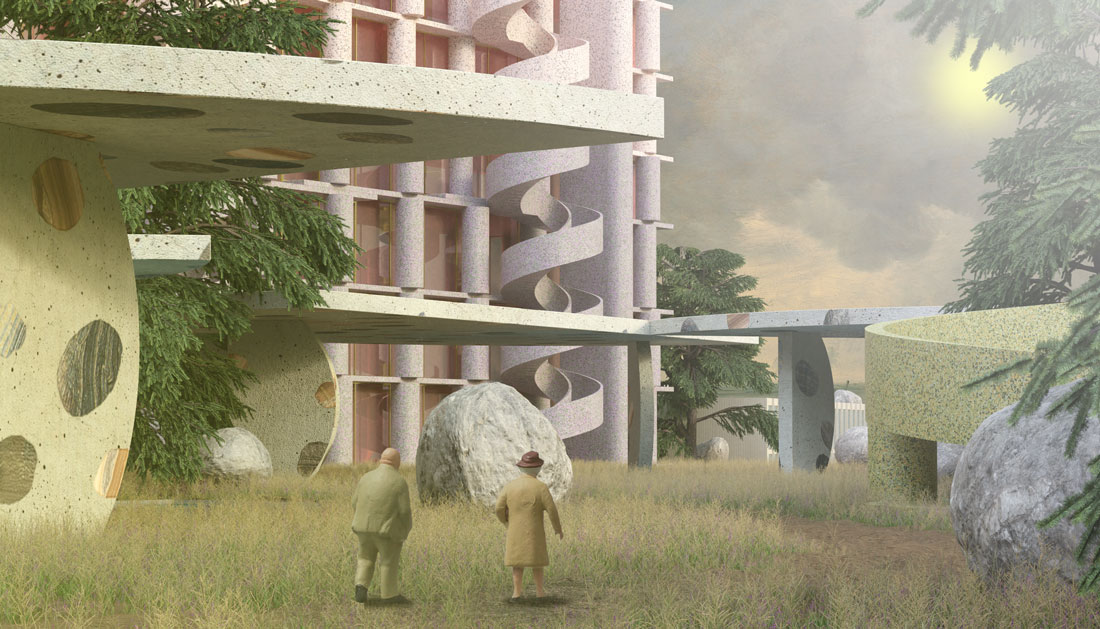 Anyhow, no one knows what anything is anymore. The idea of there being any sort of coherent field of architecture disappeared shortly after information became a consumable object. Architecture became a solvable problem that parametric tools could give us the complete models to understand and optimize. Aesthetics could be freed from politics and opinion and handed off to the discrete curves of calculus.