This primary school is located in Kapalanga, an informal neighborhood on the outskirts of Luanda, the capital of Angola. The project emerged from a prolonged period of community work involving local teachers, residents and an NGO. When asked which was the most urgent intervention required in the neighborhood during an assembly meeting, community representatives voted to improve the hazardous conditions in an existing school. 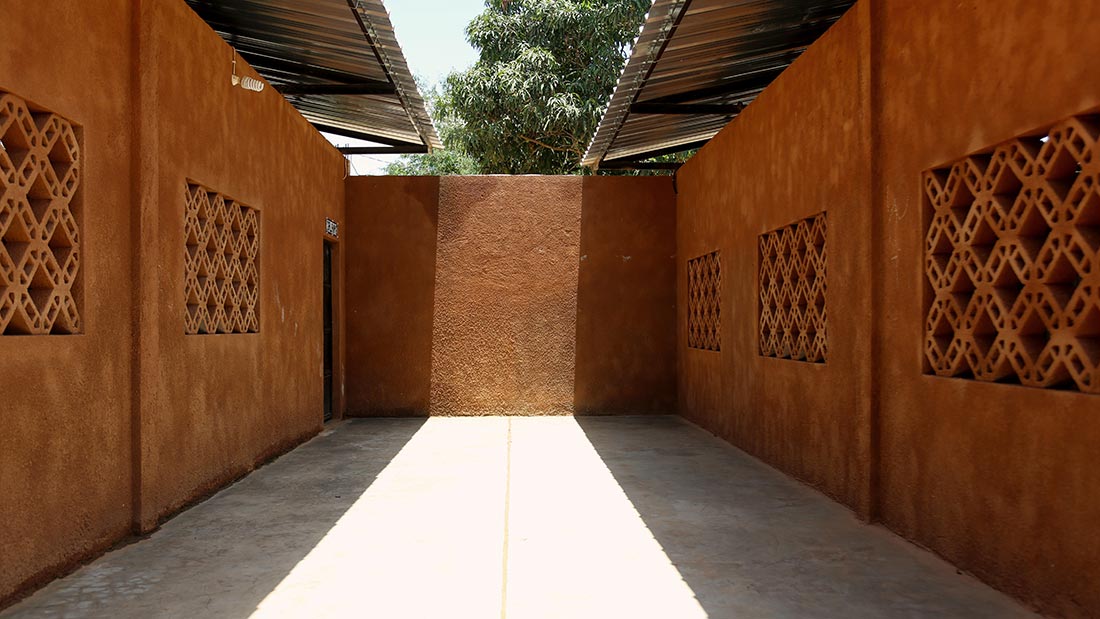 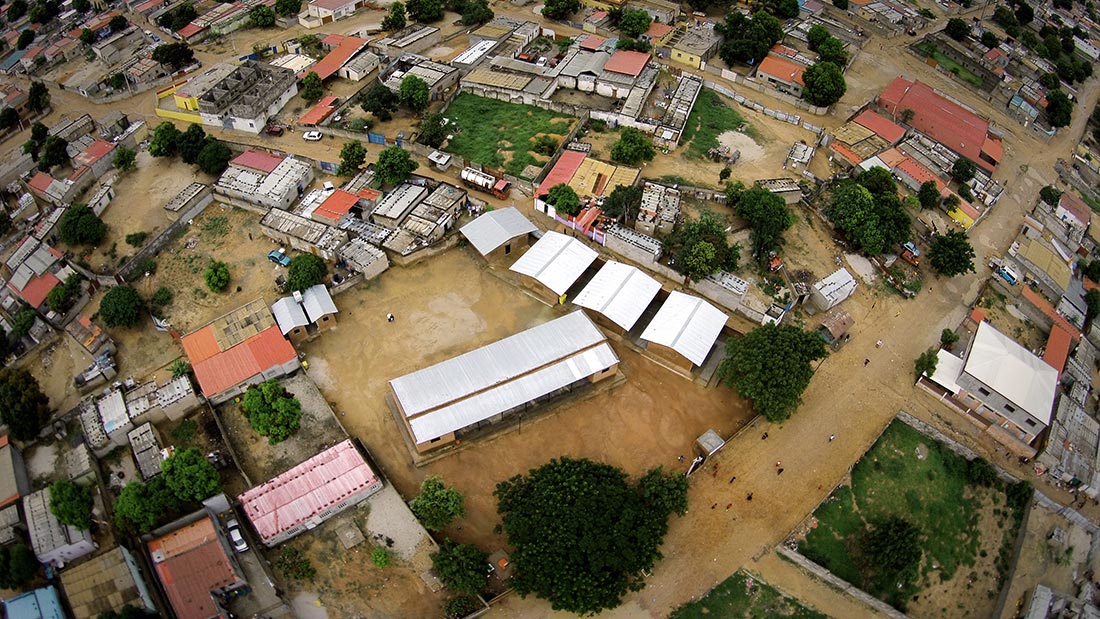 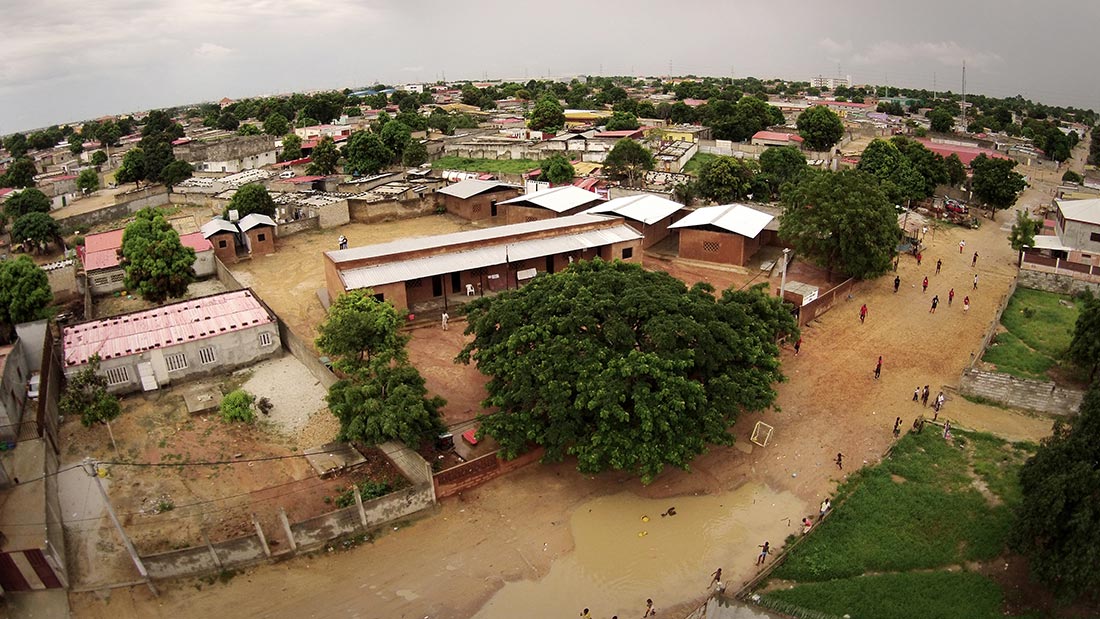 The project involves rehabilitating the school and building new classrooms, toilets and a perimeter fence. The existing building is located in the middle of the plot, and comprises a front porch, two small offices and three classrooms. The proposal consists of renovating these rooms and replacing one of the dividing walls with a movable wall, allowing two classrooms to be transformed into a single assembly hall, intended for student gatherings and community meetings. 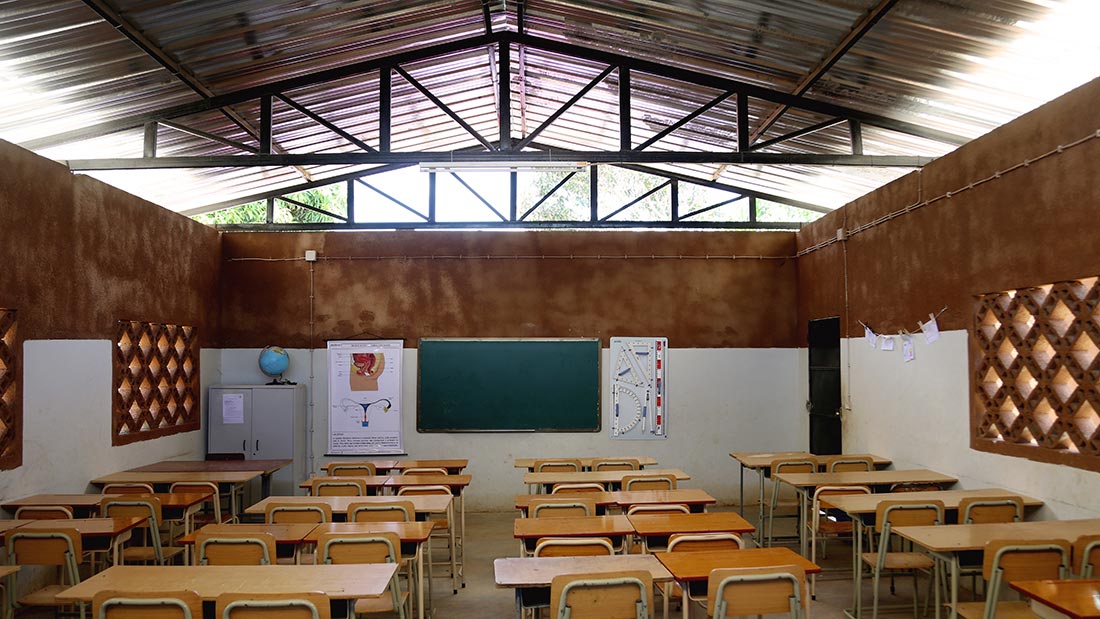 The new classrooms are arranged along the south side of the site. Each one is an independent building, facing the site’s prevailing winds, allowing them to flow through and around the classrooms. Natural light and ventilation are optimized, and the temperature is significantly lower inside the classrooms. This design allows the new complex to blend into the existing small-scale built context. Outdoor courtyards directly linked to each classroom are also created. A small building in the back corner of the site is retained and turned into a staff room. 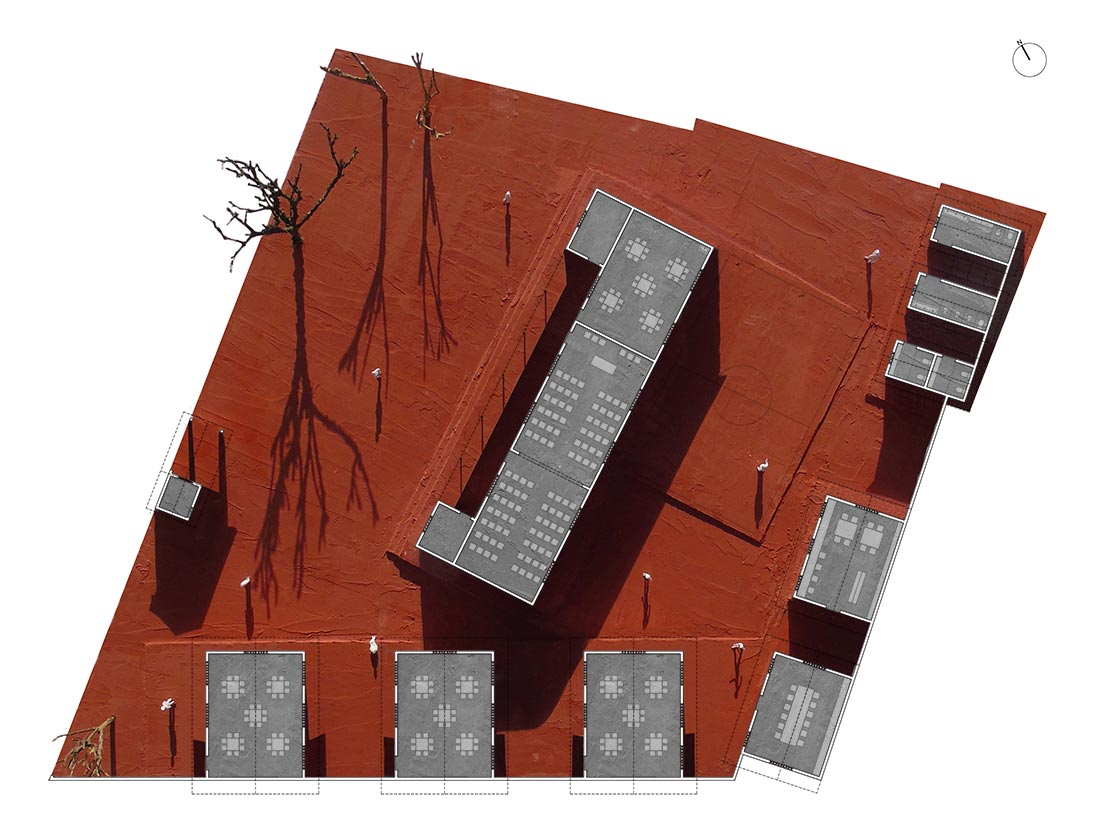 The landscaping attempts to consolidate existing uses. The broad shadows of the trees growing in front of the school are used as gathering places. At the back, a flat cement surface provides a good place for children to play games in. 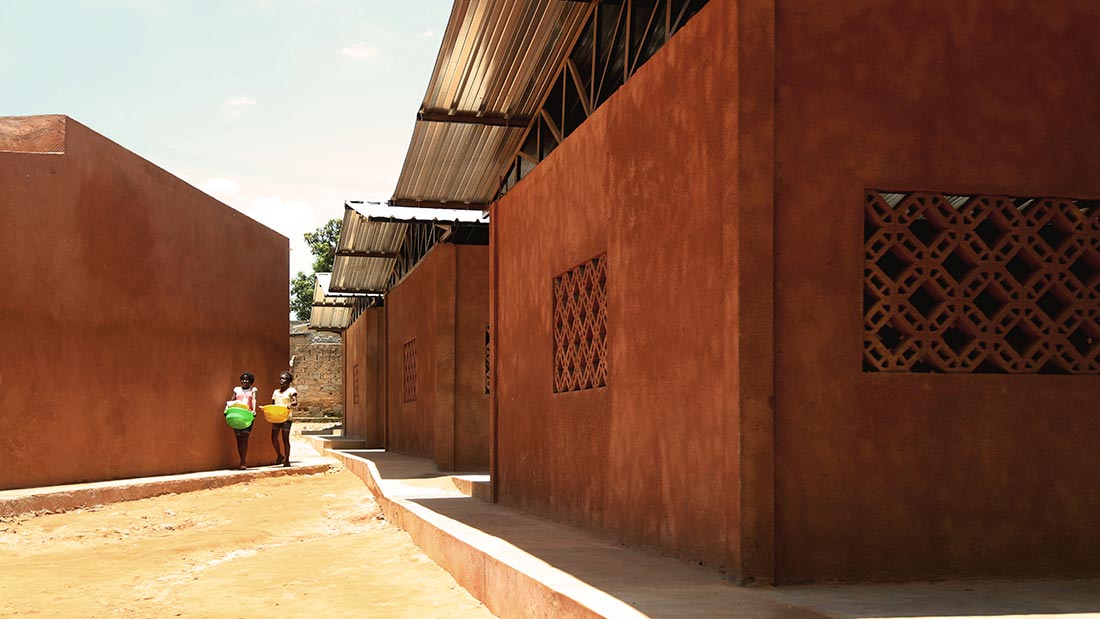 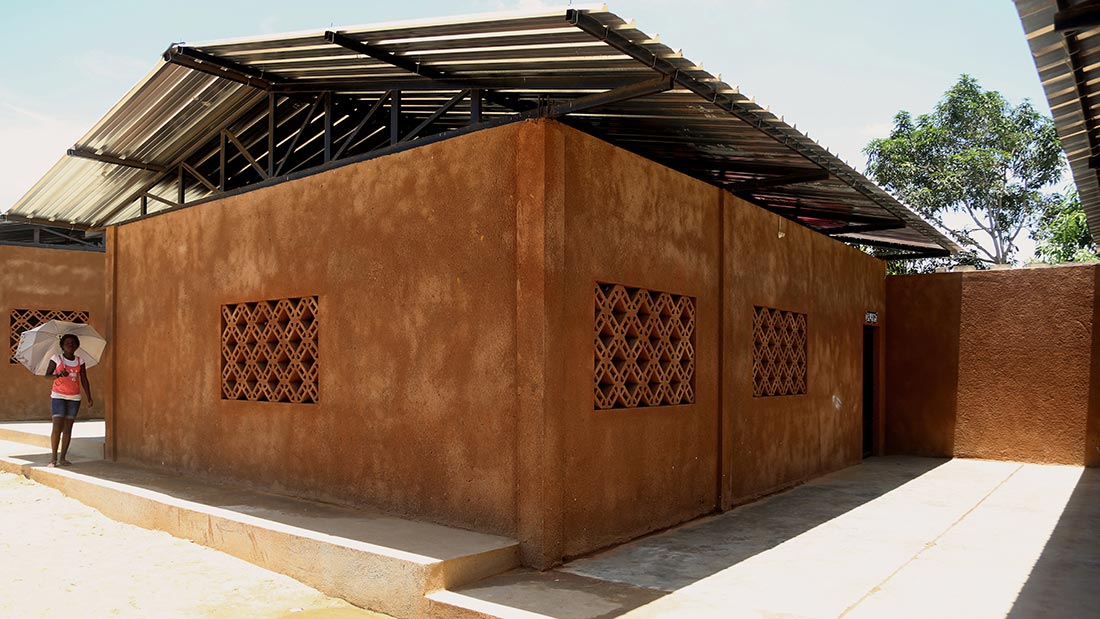 The project includes new electricity, water and sanitation systems. New toilet facilities and a fountain in front of the main building contribute to making this a better environment for everyone. A perforated perimeter wall increases the perception of security at the school, something that previously worried parents, teachers and local authorities. 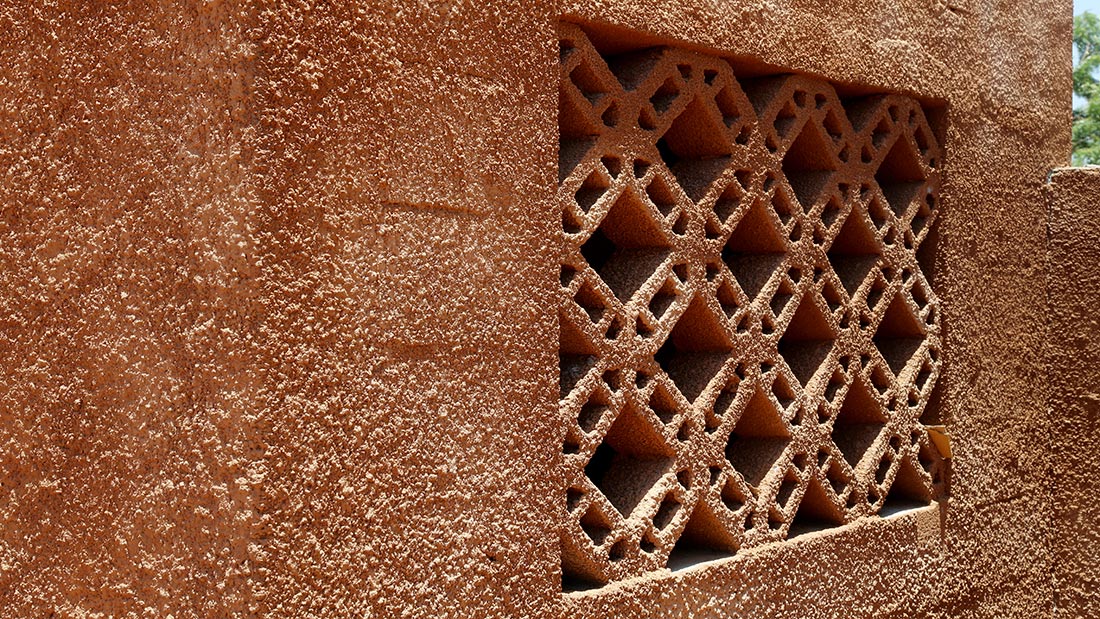 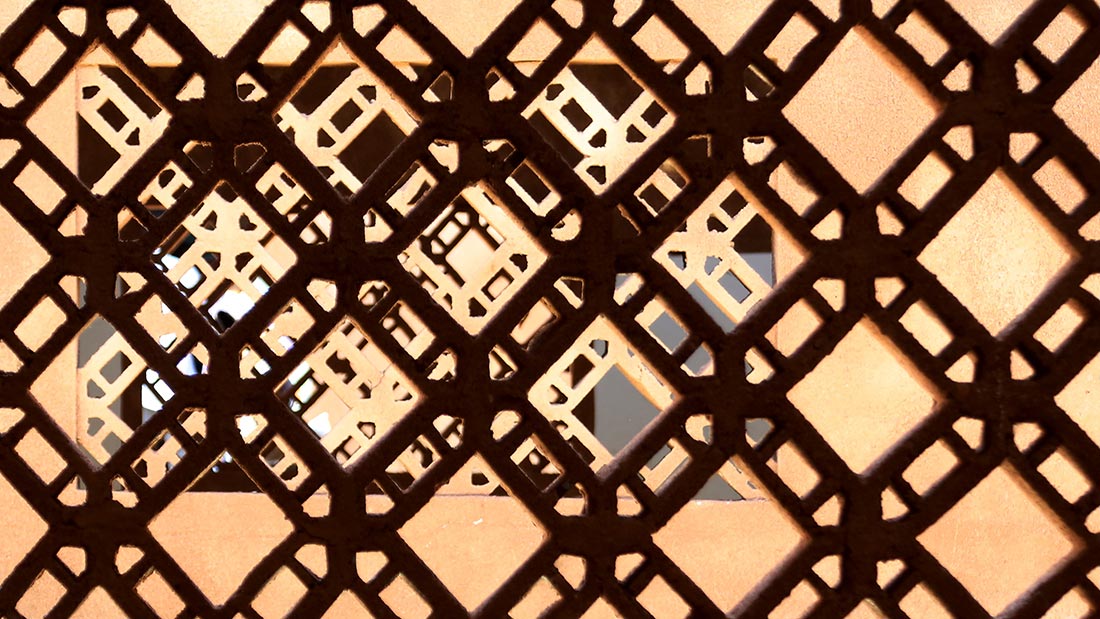 The building is made using local materials and manual labour. Building techniques are simple and cheap, consisting of concrete frame structures and cement blocks for the walls, and steel structures and corrugated metal sheets for the roofs. These solutions proved to be suitable for local climate conditions, as well as economic constraints and cultural values. The walls are finished with a type of plaster made from cement mixed with reddish earth from the ground. Its materiality gives the school a textured appearance and creates a strong link between the various buildings, the ground and the surrounding area.