An open square was expected.
A specific place was unexpected. What was to be expected. 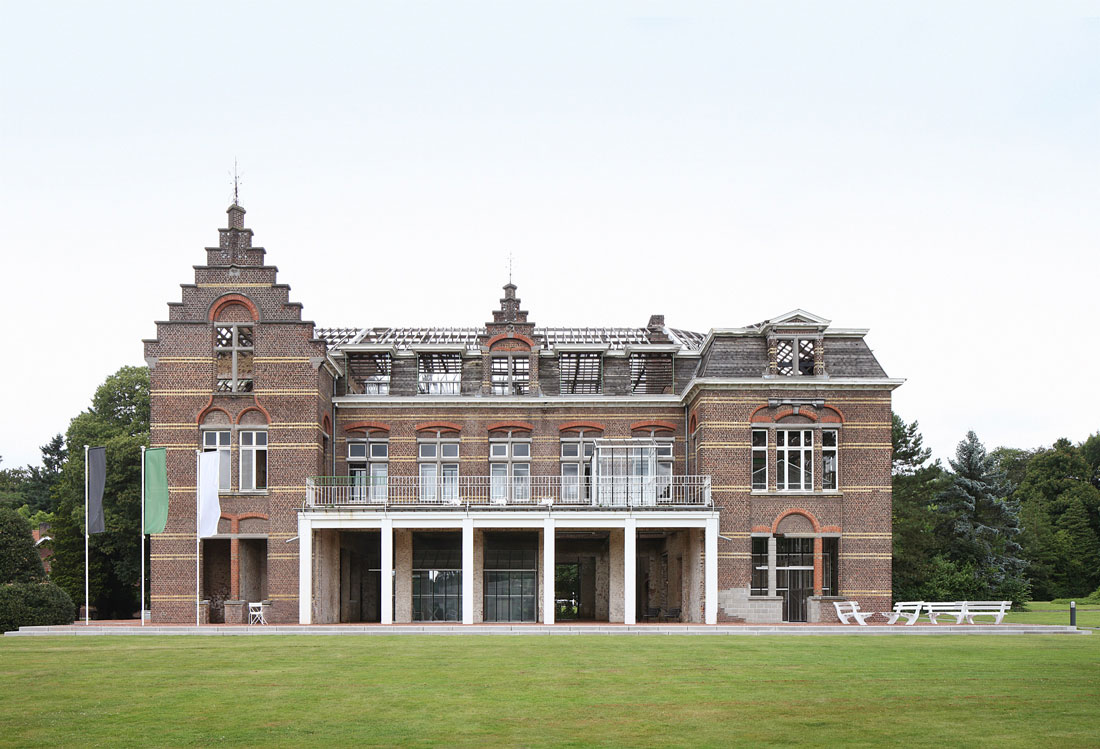 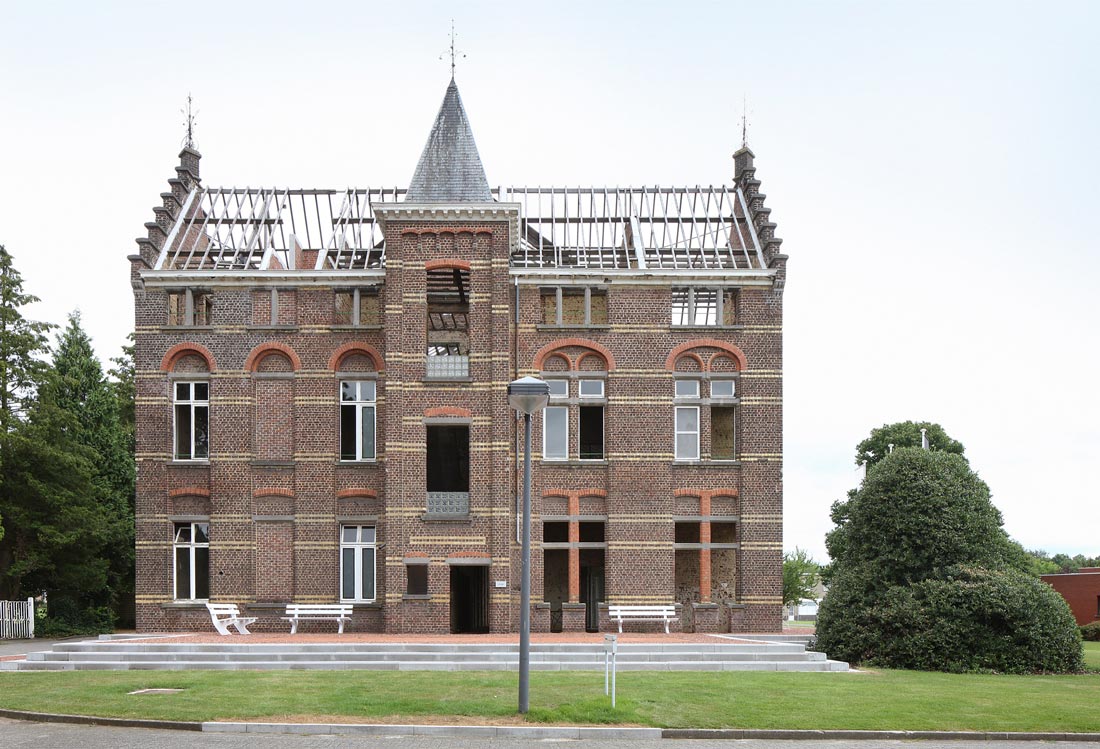 One thing is sure: the campus used to be a real campus. With a specific identity, and yet so many different identities. Buildings, vis-à-vis not buildings. A garden. A park. Green.
And every building was the size of a house. A large house, but still a house. With rooms, and bricks, and a sloped roof. The garden was filled with houses. A park with rooms.

Every house had, or still has, a specific element to define it. The white loggia.
Or almost every house.
The loggia as a door between the building and the garden. As an open and welcoming doorway. A doorway to linger in. To stay. 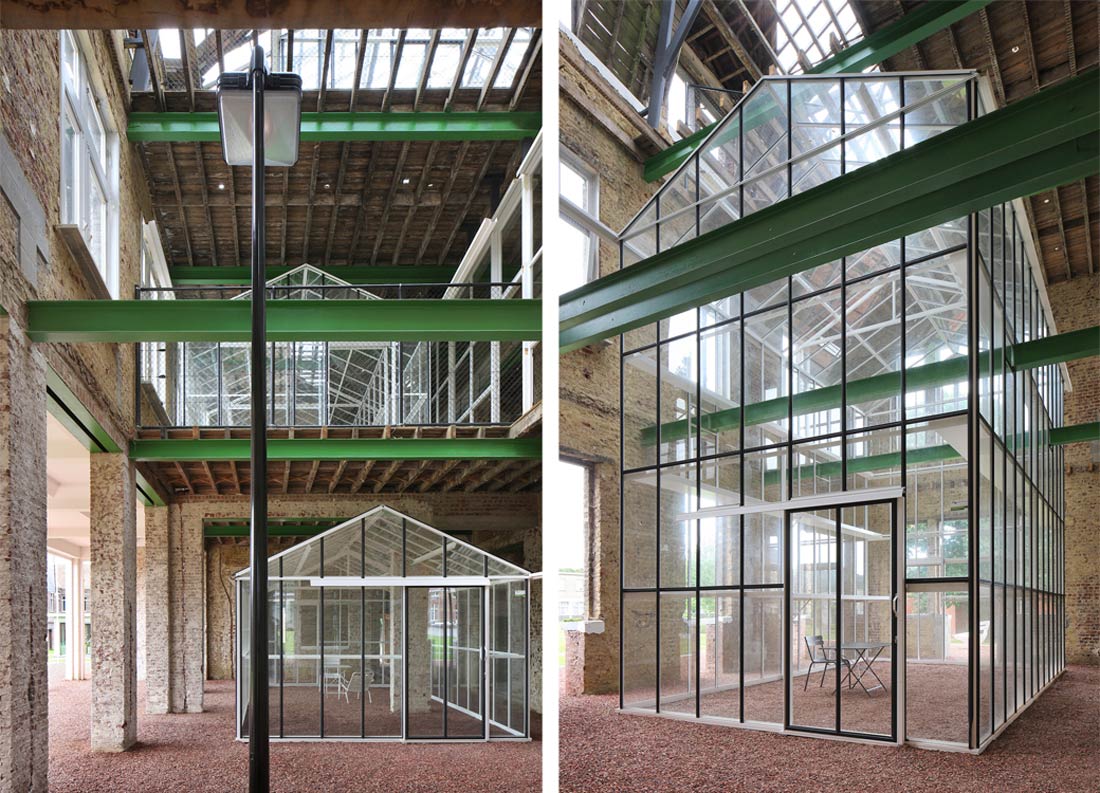 Today, the campus still shows what it used to be. At the same time, it shows how the changes – the new buildings – do not seem to consider the campus to be a campus. Which the old buildings still try to maintain.
As said, it is understandable that the old buildings are not able to follow the changes in care anymore. Not today – but maybe in some moment they can, unexpectedly.
However, this does not explain why those changes – the new buildings – do not consider what was already there. Those changes are there on their own. Nothing more. 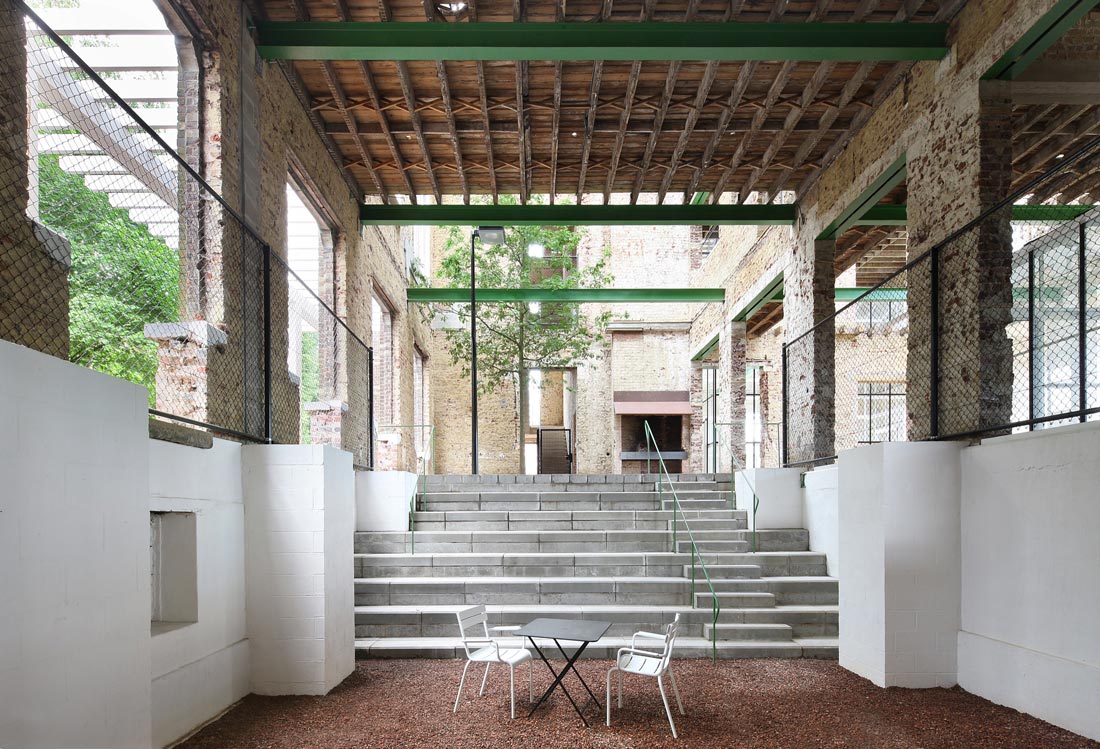 Today, if changes in care change the campus again, it will not be without considering the campus as such. The idea of the campus will be considered – along with care.
Not only by employing the new, but also by employing what is still there. The houses. 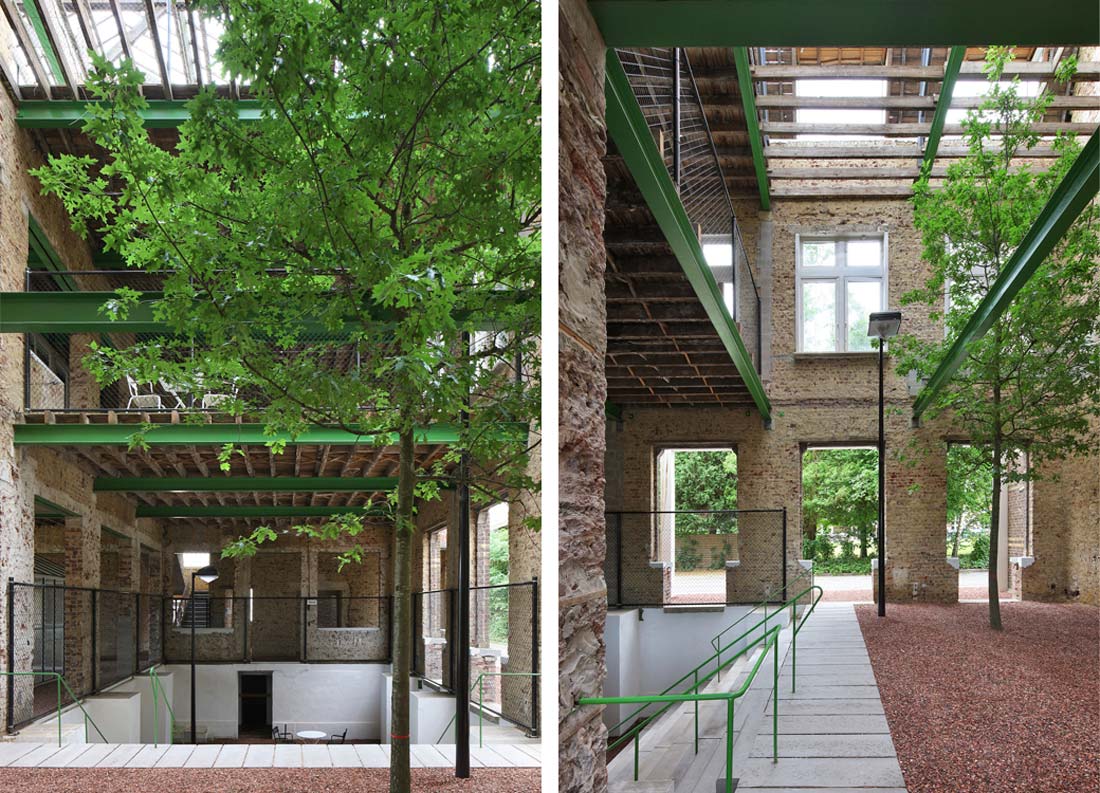 Sint-Jozef is one of those houses. A nice house. A good house. But no longer a house which can still be a home for care today.
So, Jozef is retiring. Surely, Jozef needs to make room. For a square. An open square. Open space for open activities. Care is allowed to desire open space for open activities today.
The question is clear. The question is understood. Care changes, and Jozef cannot keep up anymore.
But does this mean that Jozef needs to make room? Gone? Demolished? Is that the only way to make room for change?

A different question emerges.
How can Jozef change to make room for changing expectations? It seems impossible. A house is not a square.
Yet the question should be thought through. 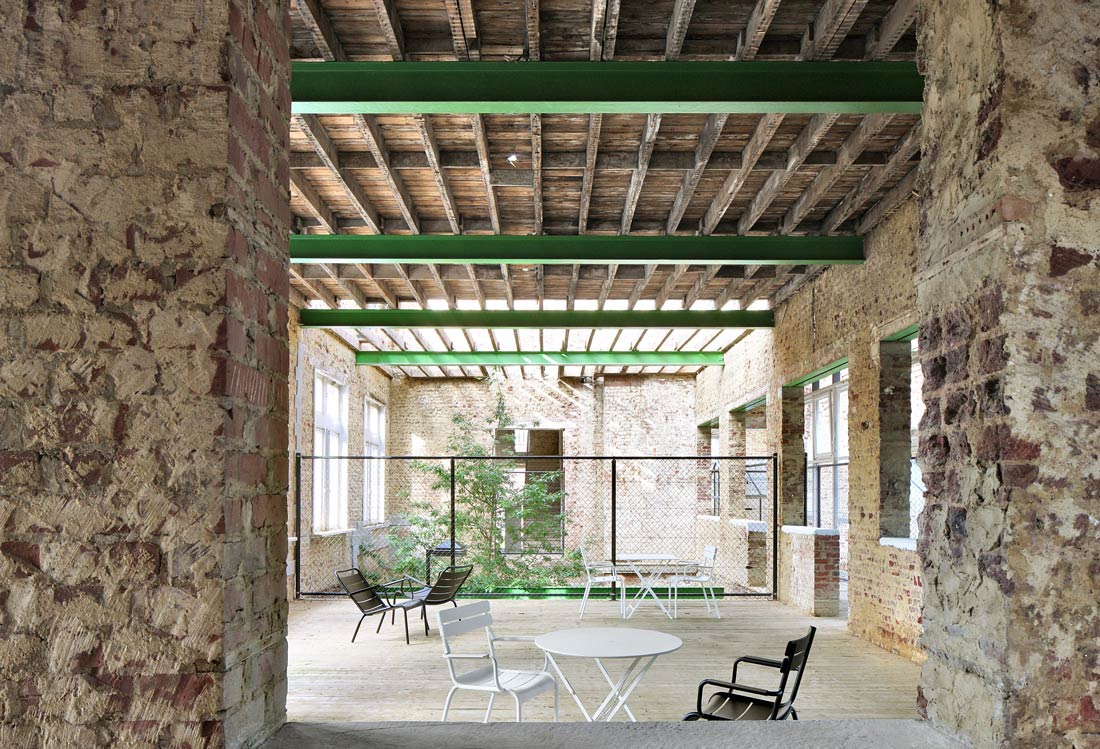 Maybe like this. No roof. Or at least, in some parts. In other parts, a roof of glass. Most of it open, then, except for a few rooms. Wunderkammers – rooms of wonder. A royal greenhouse. An enclosed garden. A house that gives a garden a home.
That simple, but that complex too.
A square was the question, the answer was a range of possibilities. Rooms that make room for different kinds of care. Without question. 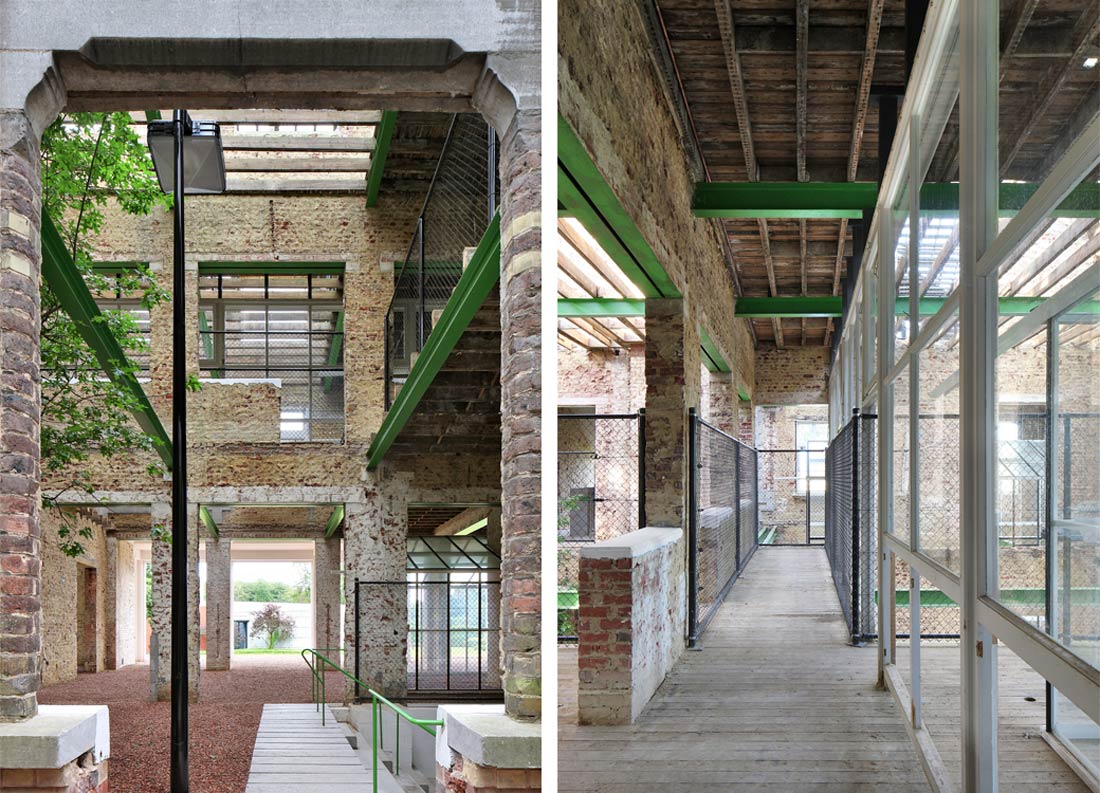 And then those beautiful loggias.
Again and again. Welcoming doorways.
Not only to Jozef, but to all those houses.

But now, with Jozef, slightly bigger. Slightly higher. And even a second one.
Jozef as Janus. Jozef – open to all sides.

The idea of the loggia, in all those houses. As an open doorway between every house and the garden. The park. The campus. Between the intimate house and the open world.
And maybe even between the houses. Here and there, a wandering loggia. Loggias that wander and give wandering meaning.
And later on, perhaps in the new buildings too. Which will wander along. 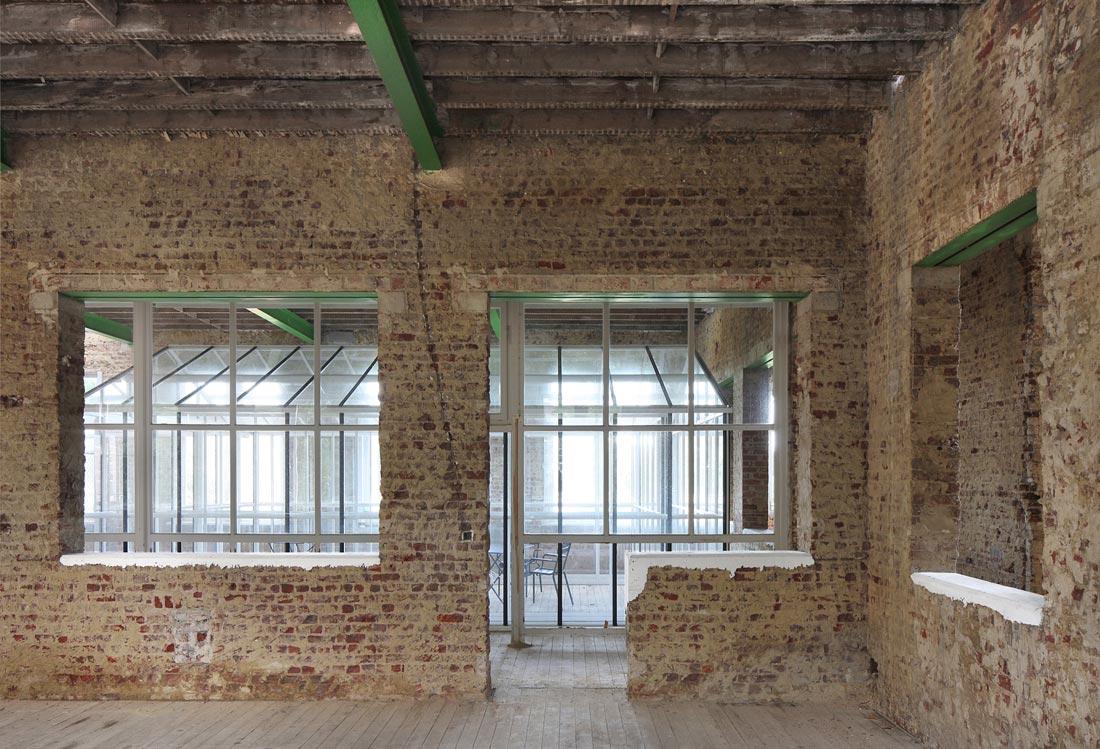 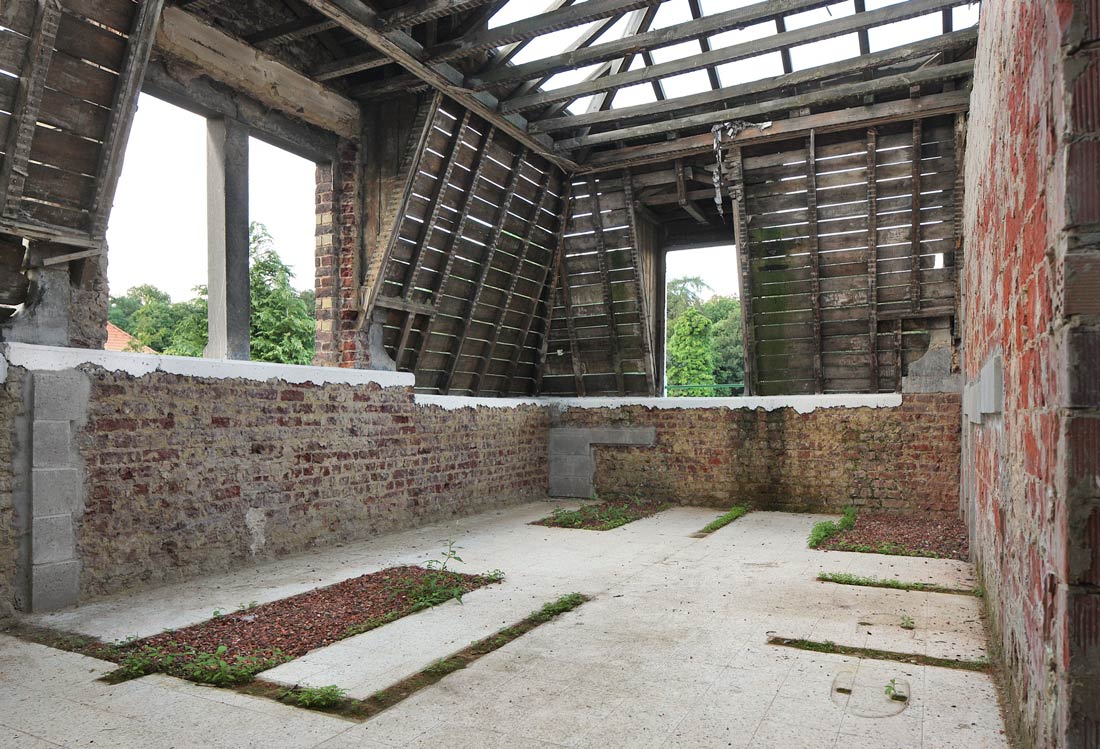 Jozef as an unexpected result. Changing care, but not without Jozef. With Jozef. As a context for new care. As an inspiration. And not as something to be left behind.
Unexpected, but basic. Without technology. Without comfort. But with possibilities. By reading the context differently and providing a different context as a result. Maybe just that, maybe just enough.

From a very basic reading to a future possibility of what care can be, although then again in an unexpected, different idea. 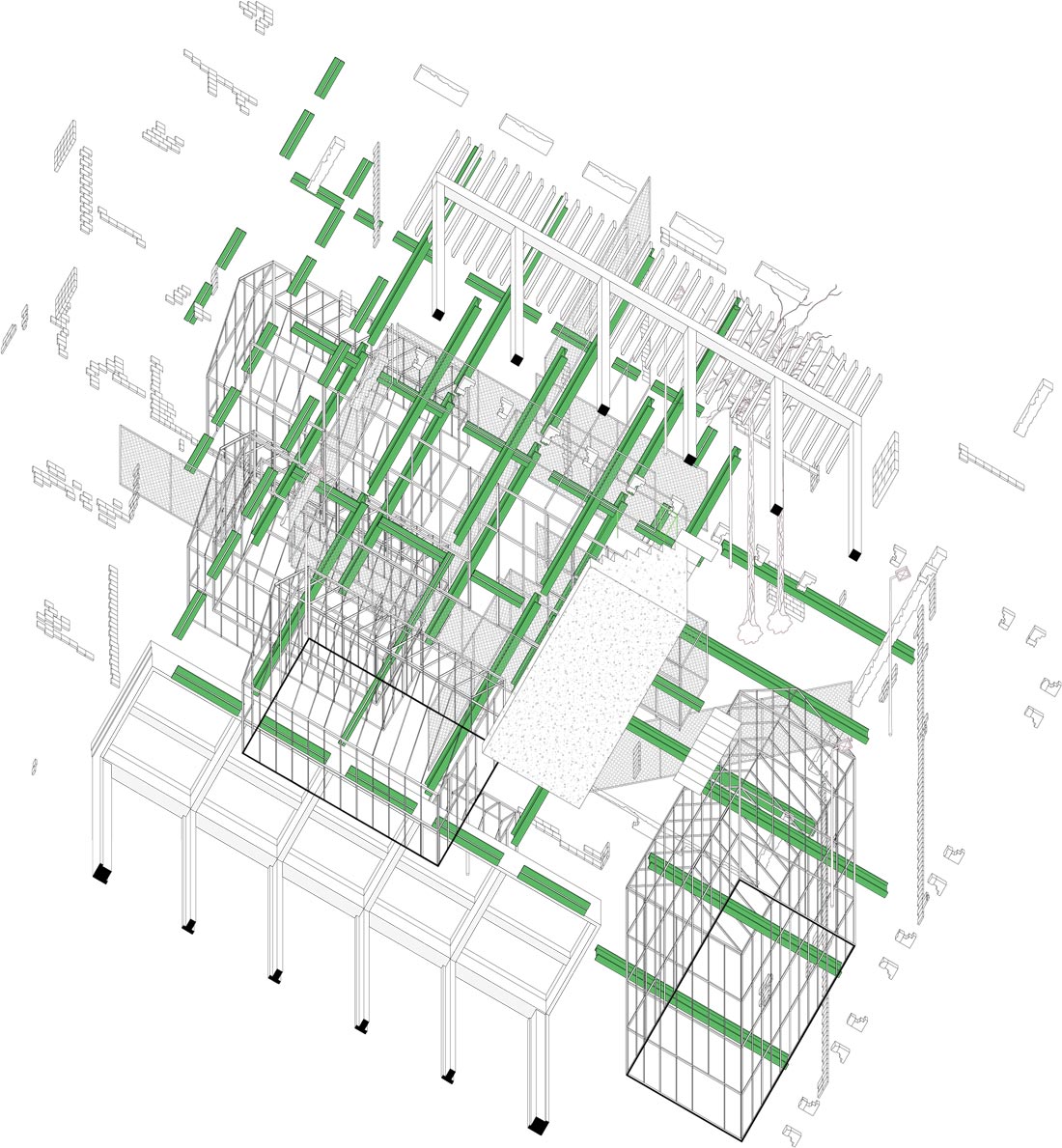 « AnarCity: When Do We Need Our Neighbours?
El Roser Social Center: Transforming Heritage into an Innovative Facility »