The house is located on a relatively small plot. This led to condensing the built volume on one side, lining the façade up with the street and leaving maximum space for the yard, with lots of sunlight. 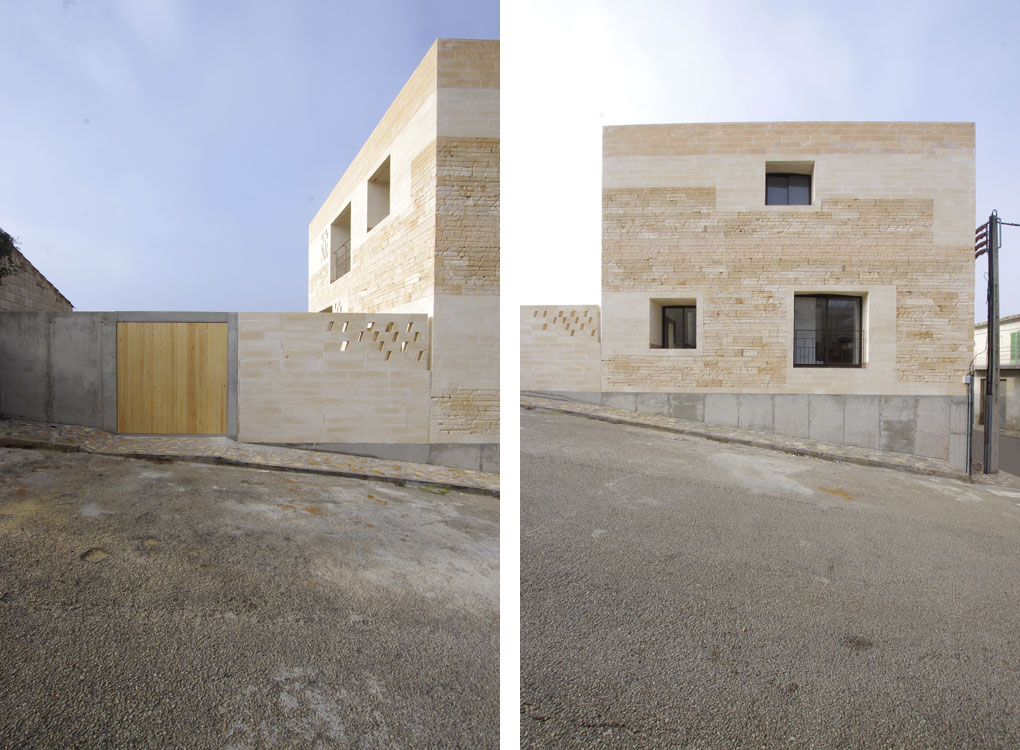 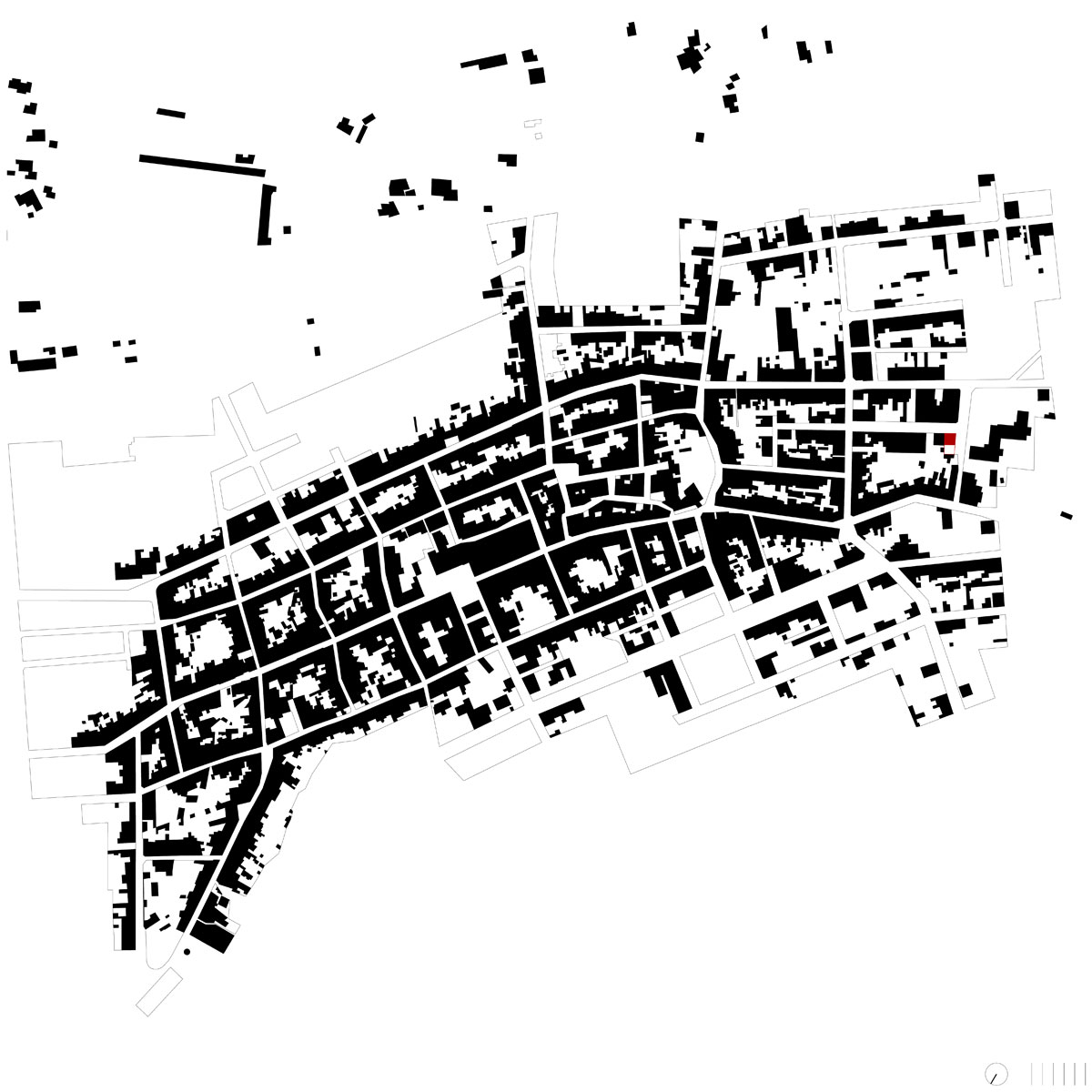 The house occupies a corner lot. As a result, instead of repeating the typical row house single-direction organization (street-yard), the design takes on a double orientation. The house doesn’t have a single dominant direction. It aims to look out in every direction. 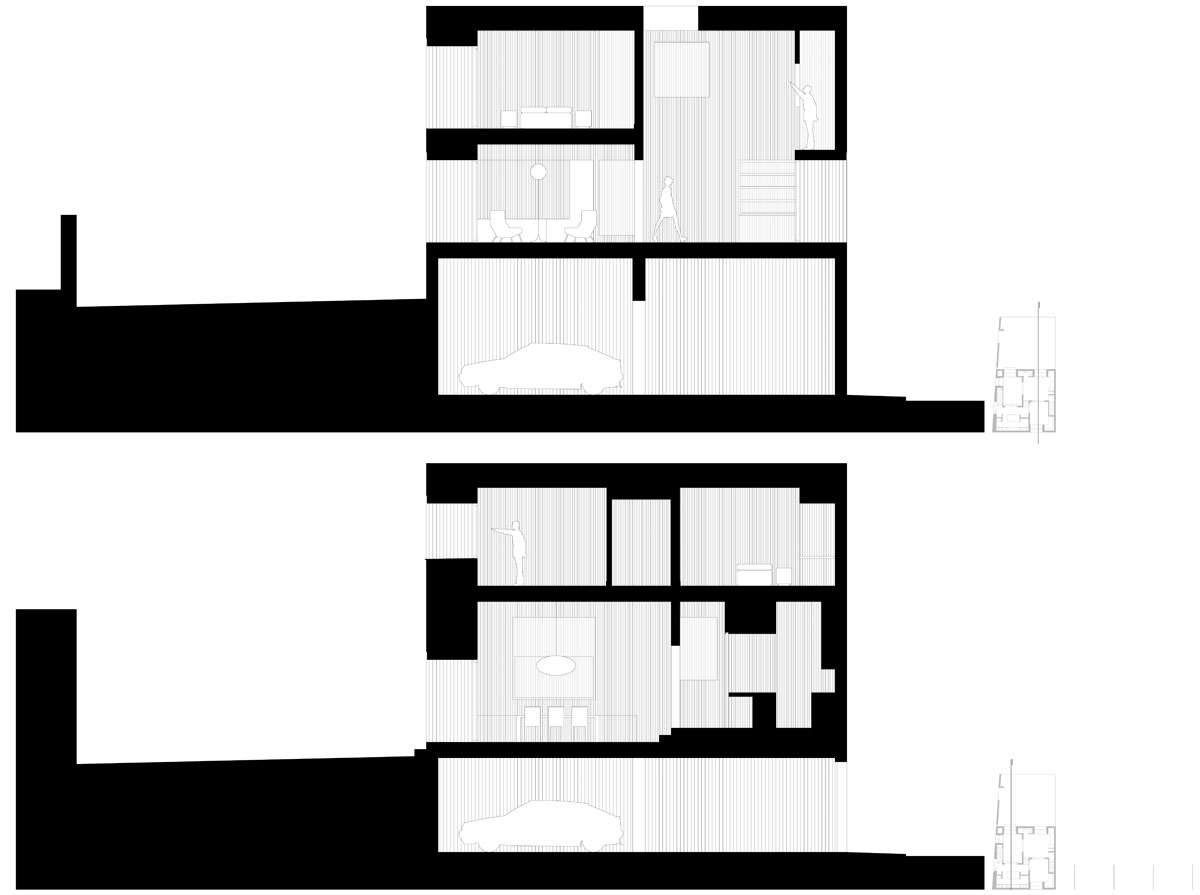 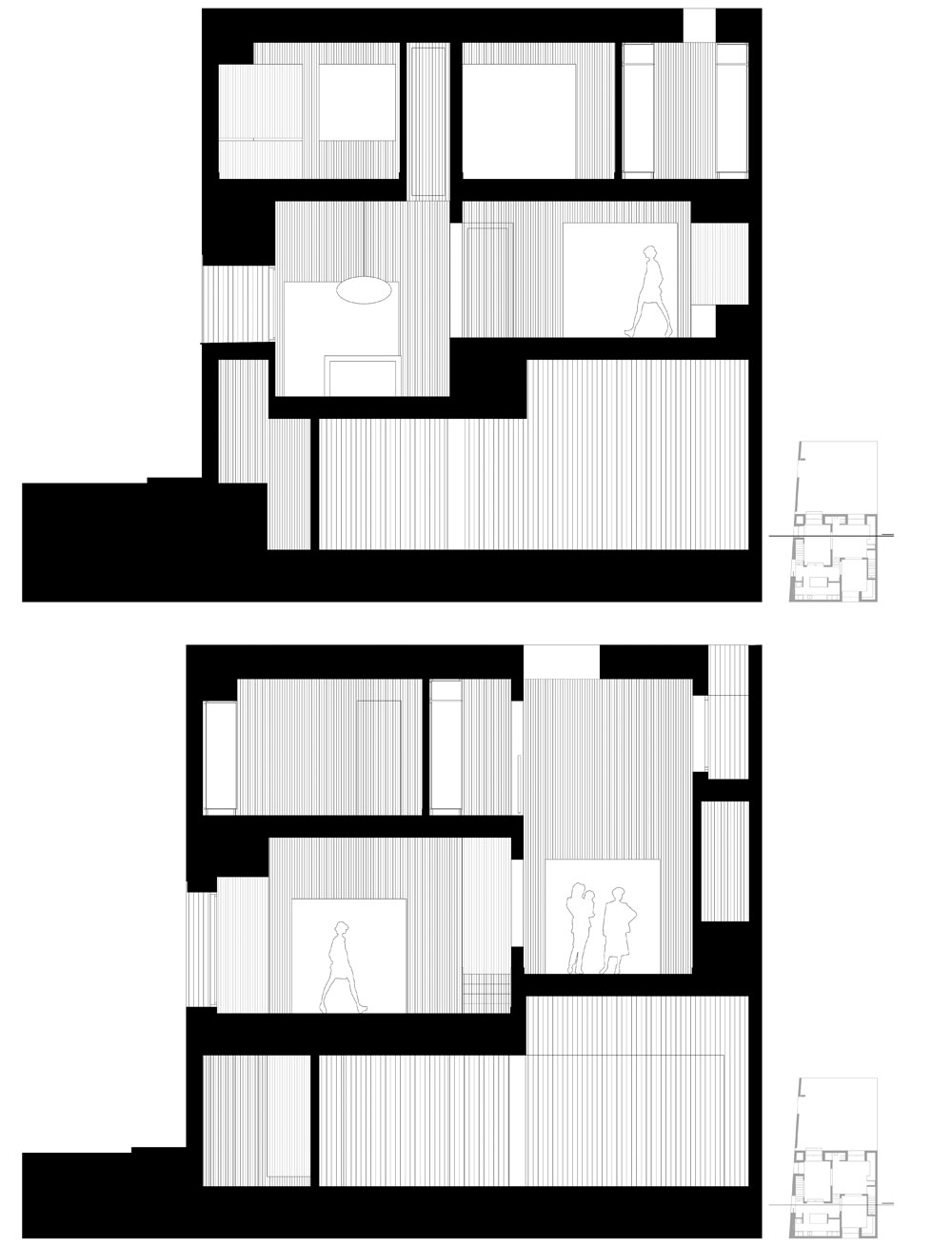 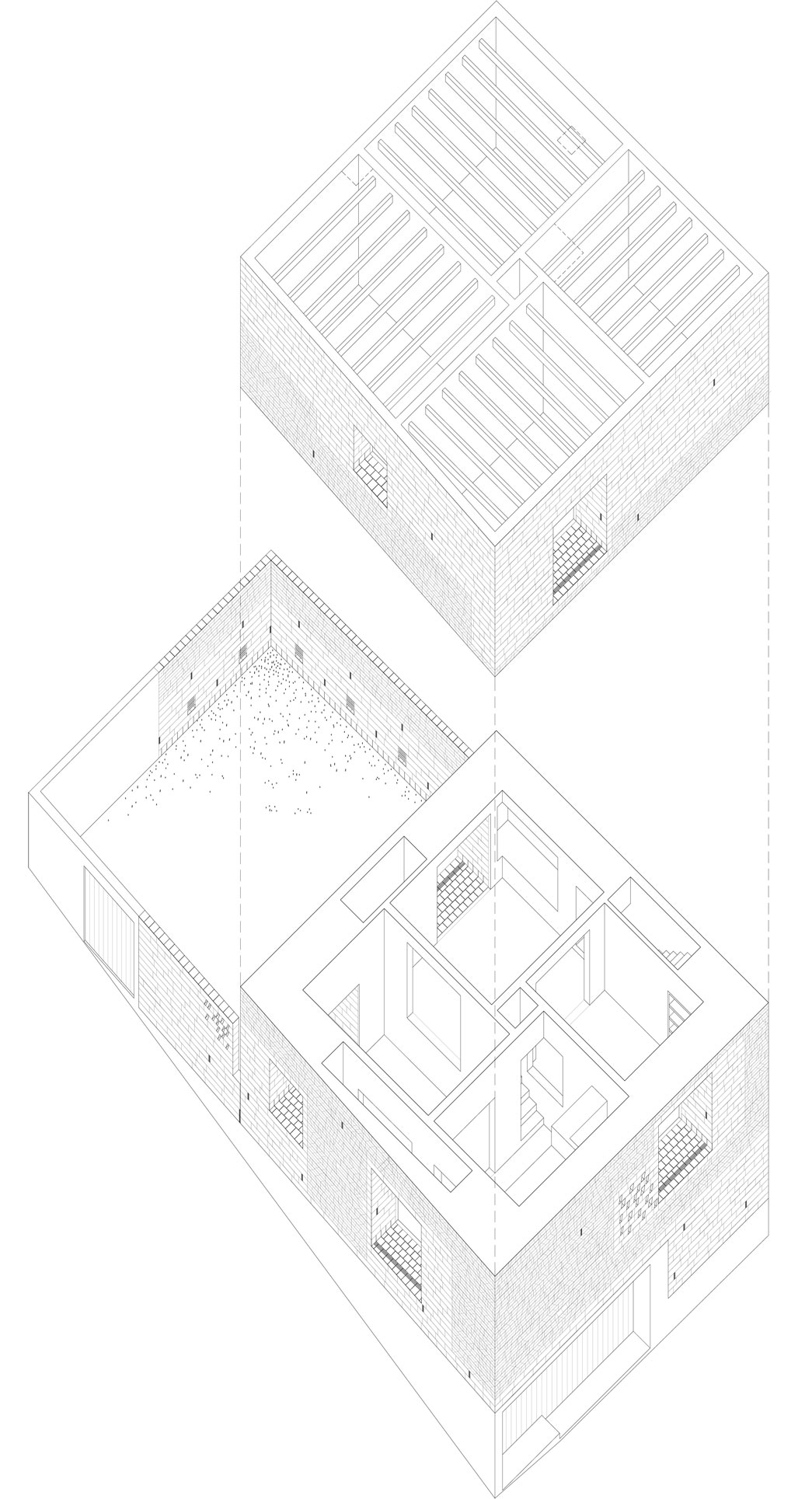 The structure is resolved with load-bearing walls arranged in a gammadion cross. The structure doesn’t have a dominant direction either; it gives shape to the space. 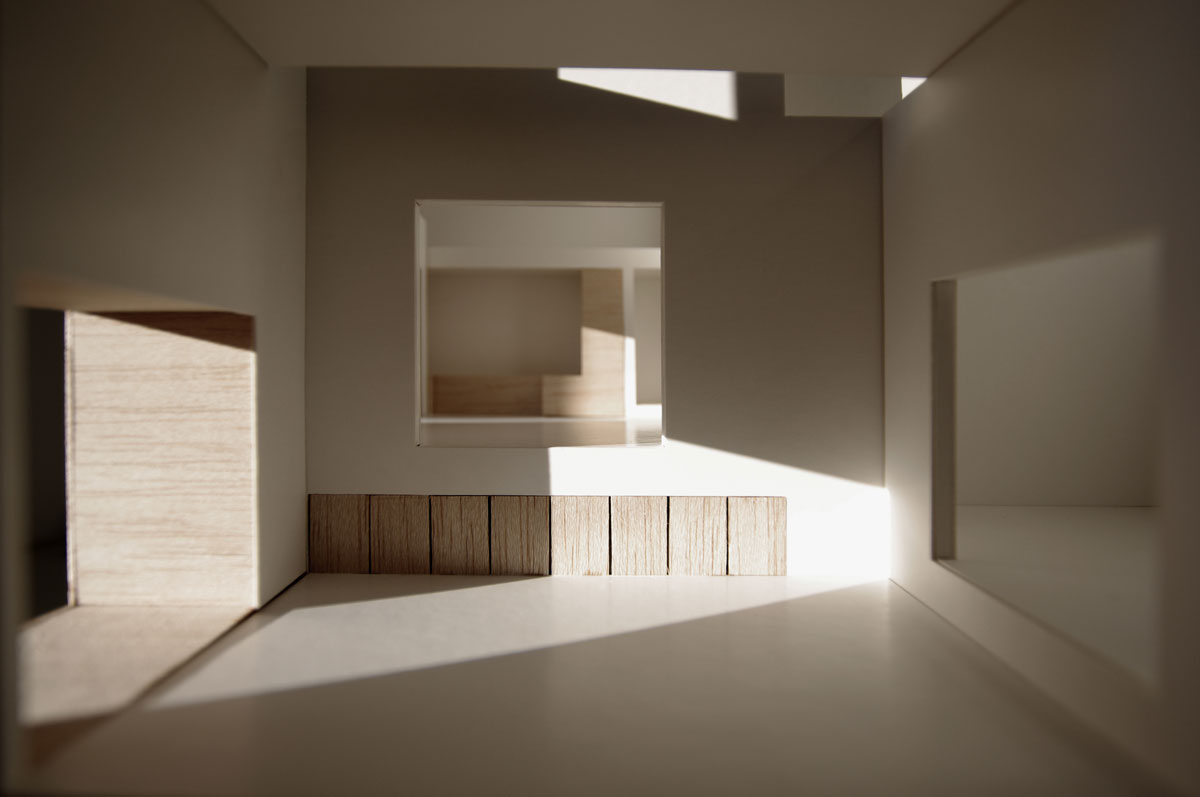 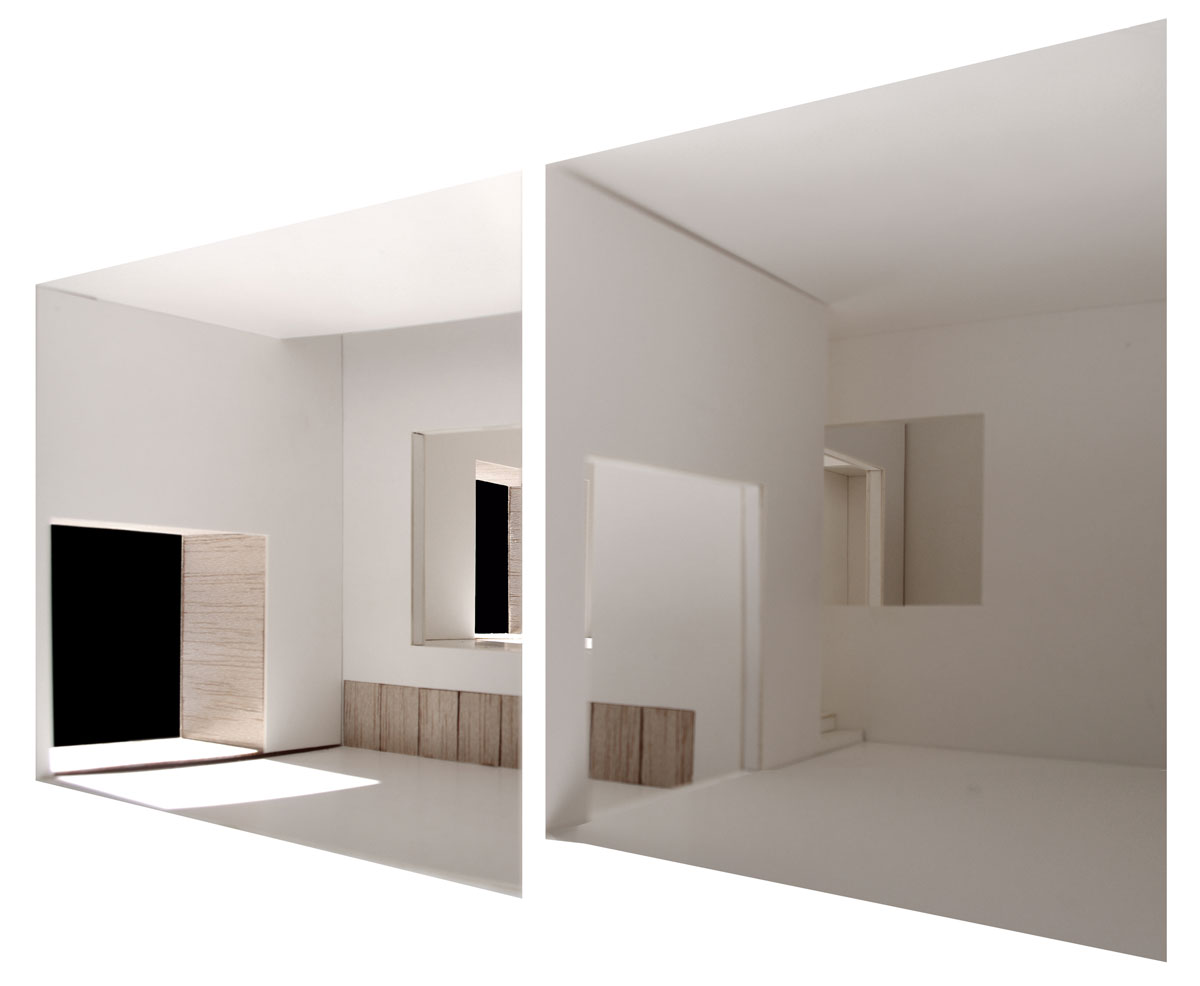 In order to keep the wall structure as the focal point for the space, the building services are installed around the perimeter, creating a thick façade, freeing up the interior and allowing for visual relationships and shared uses among the different rooms. 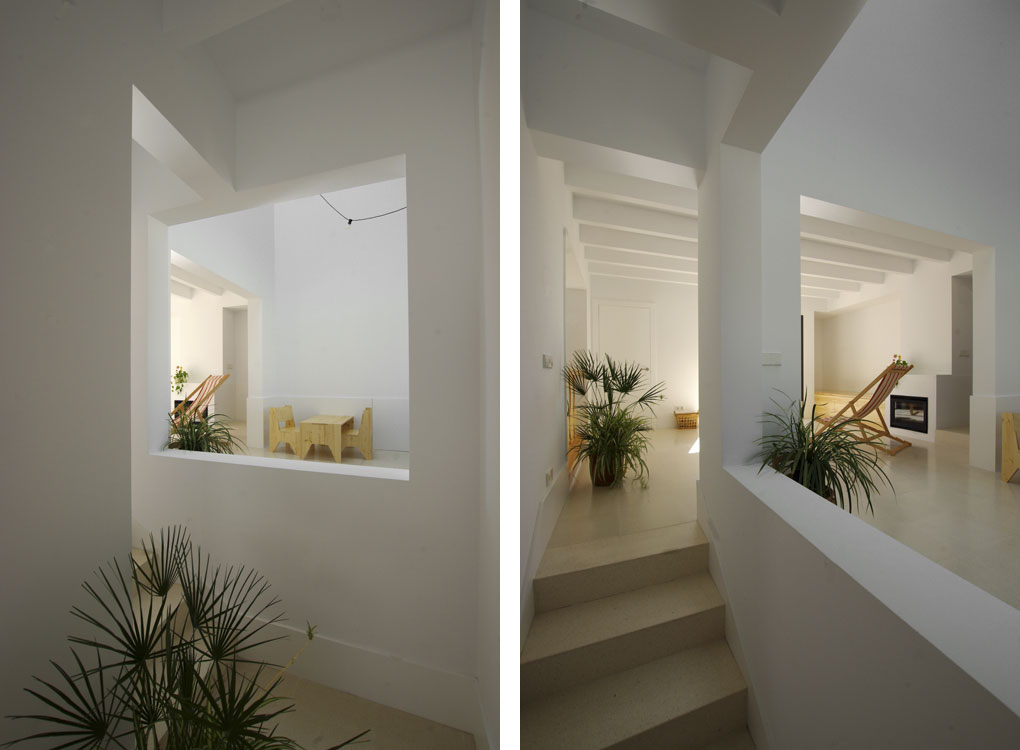 The materialization of the walls was essential to the construction process. There was a small existing construction on the plot made from marès sandstone, a local material. Common sense led us to reuse this material and the strategy was cemented from there. 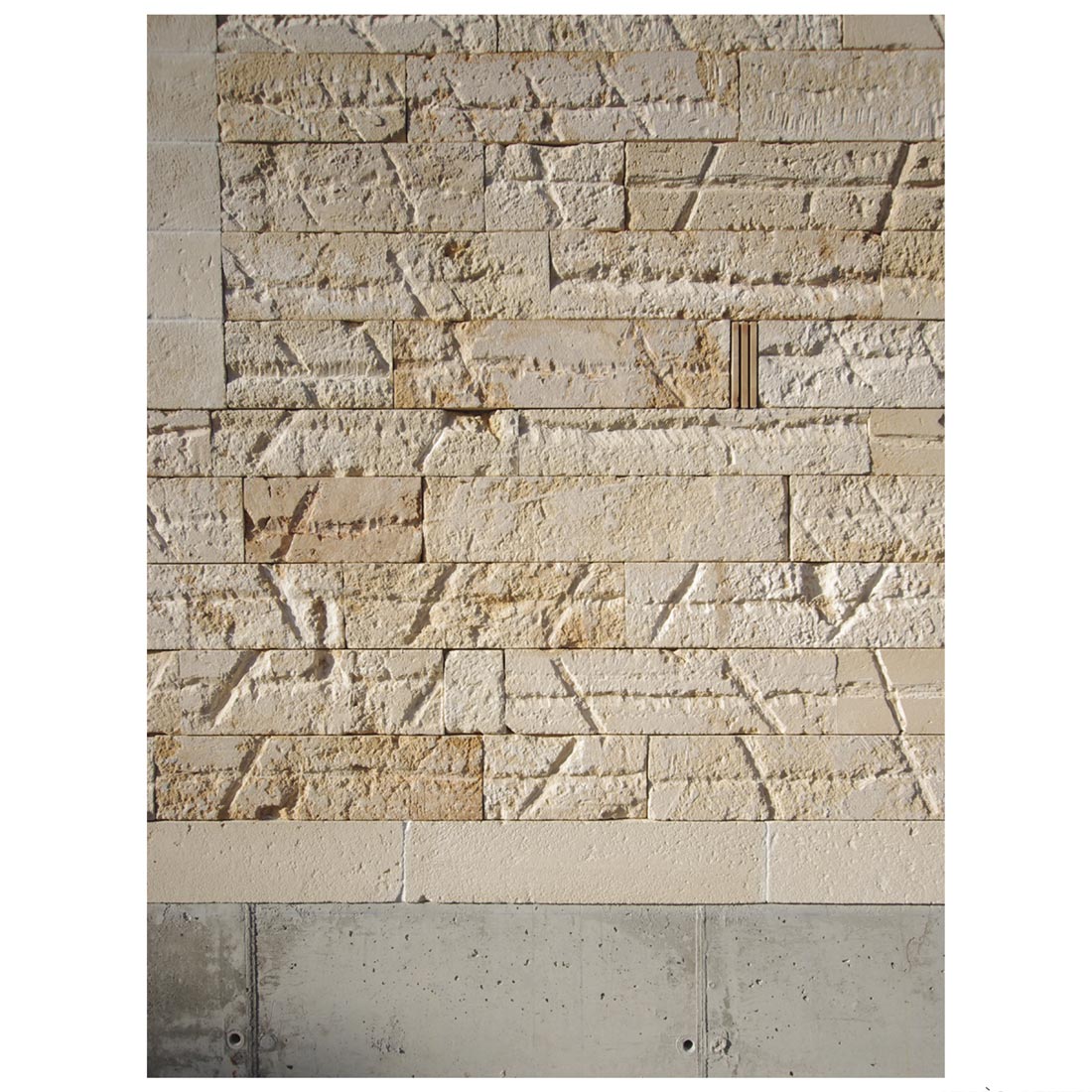 During the construction, we decided to reuse the marès sandstone blocks. Their manipulation and positioning highlights the work of the craftsman who, years earlier, carved the grooves called abeuradors into the stones. These grooves were used to channel the mortar that held the pieces together. With today’s techniques, however, abeuradors are no longer necessary. Now they provide texture and character to the façade of Can Jordi i n’Àfrica; over the years this texture will also change with the effects of the passage of time. The old marès sandstone pieces are combined with new ones, due to an issue of quantity. The new pieces were taken from the same quarry as the old ones and are used in the areas where a larger degree of precision is needed: window frames, roof edgings, etc. 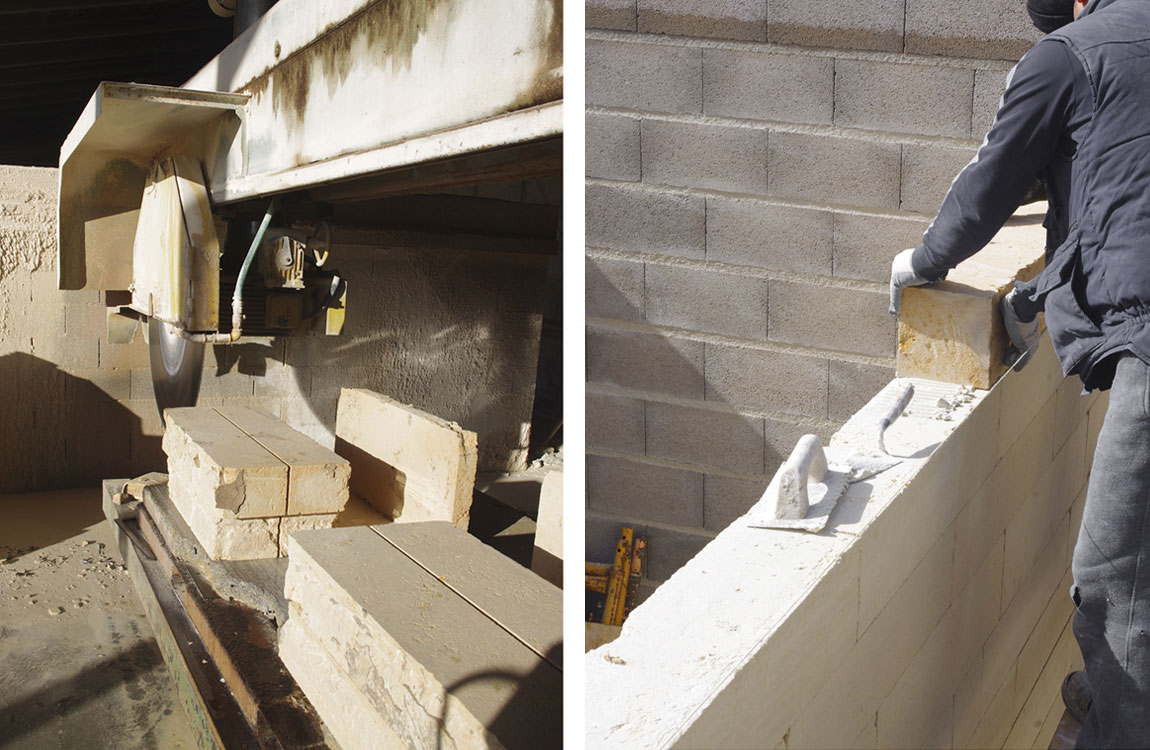 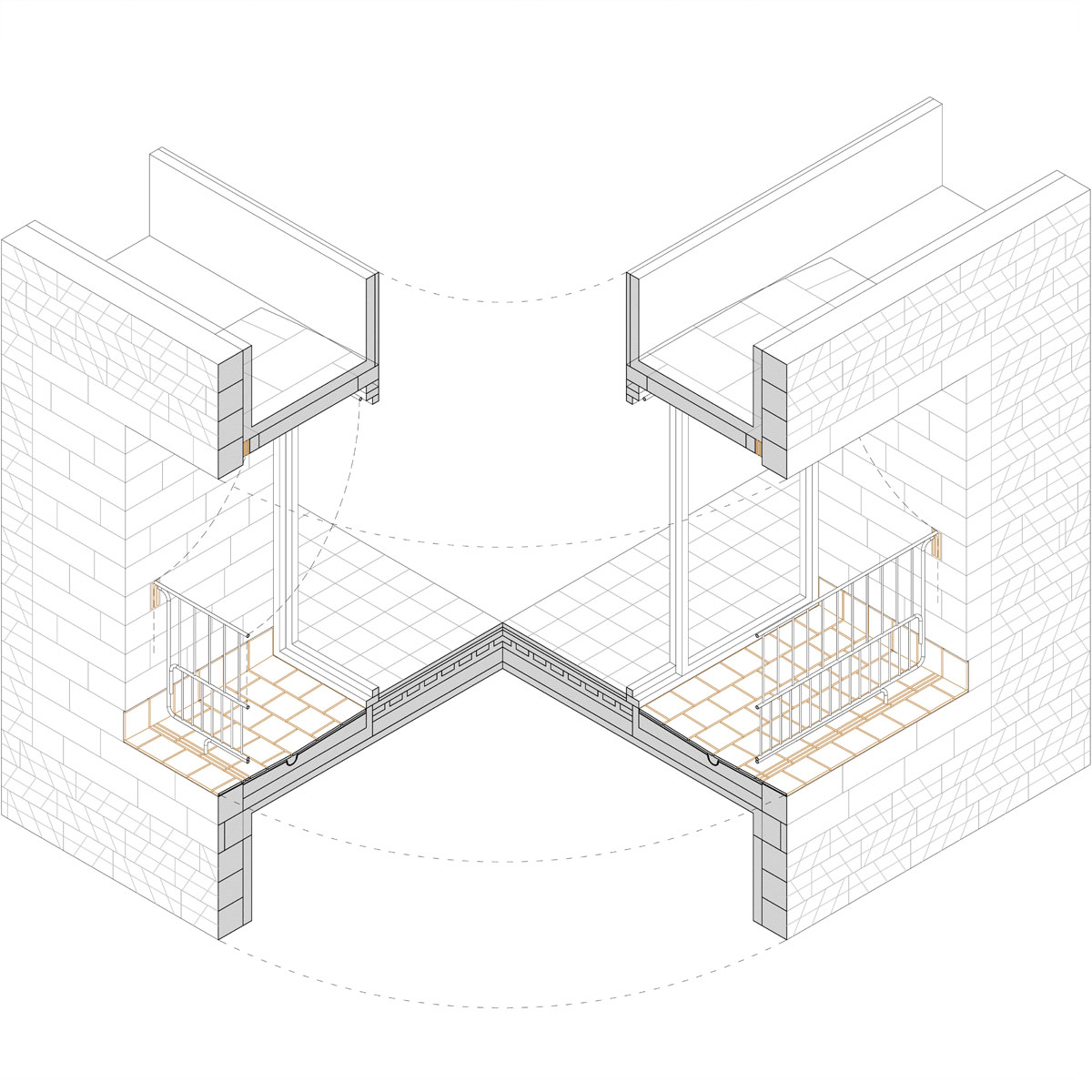 In this way, the building is implanted into its surroundings through a reading of the environment and an understanding of the material and its use in construction. 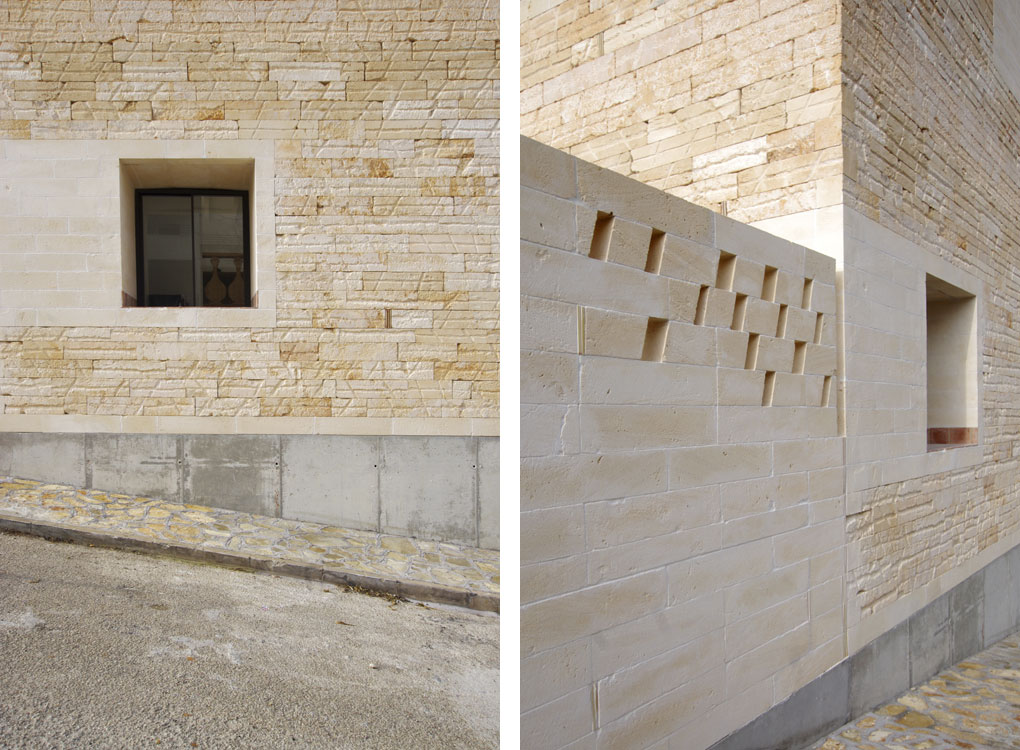 « The Ecologies of the Façade
Green Corner Building: The Façade as the Main Spatial Element »