House of Would: Views over the Landscape

This house is located on a 1,316 m2 sloping plot of land in the district of Pedrezuela, 45 km north of Madrid. There is little to no vegetation in the section closest to the street, which nevertheless provides good views over the surrounding lush natural landscape. 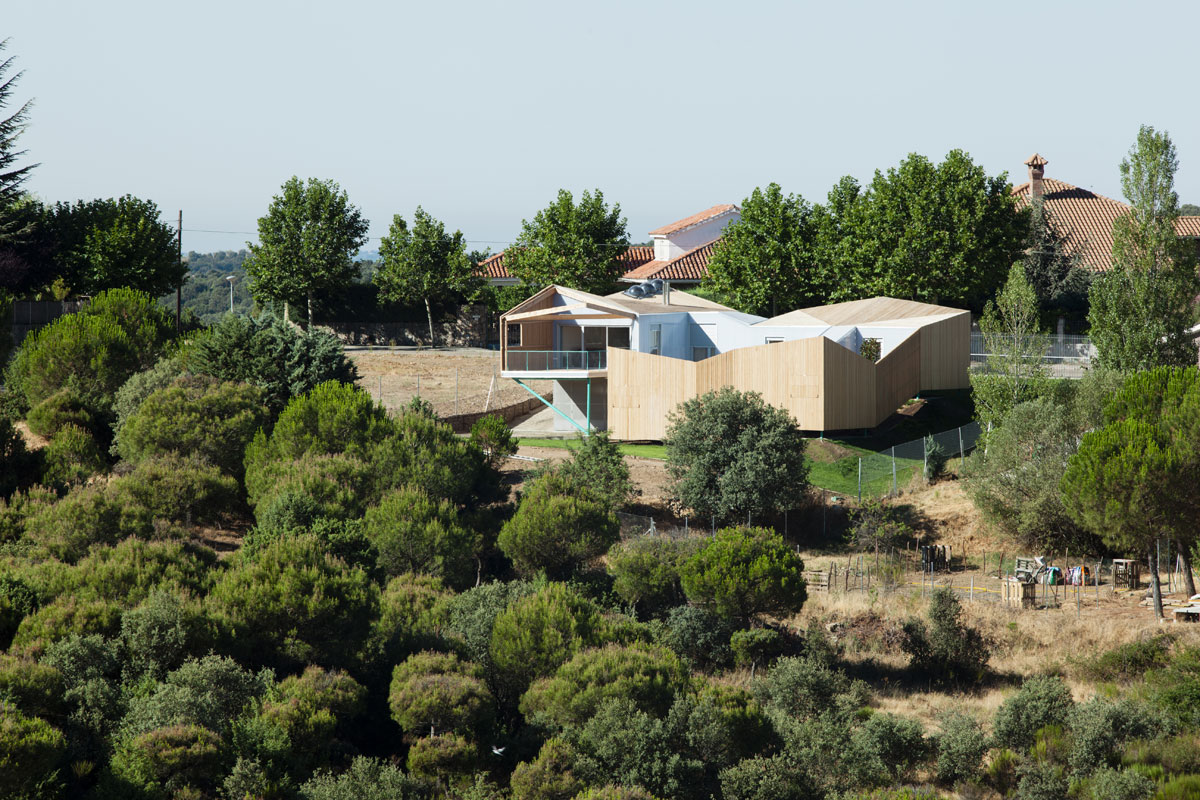 The building is made up of seven wood-structure modules which are symmetrically identical, surrounding a central court. Each module is dedicated to a different domestic setting, according to its functional needs. The modular structure, as well as the scale of the rooms, allows for the alteration of this functional logic, serving as a support for possible future layouts.

The house adapts to the plot of land in a layered fashion according to the different degrees of privacy needed: private rooms are hidden from the street and adapt to the terrain giving a feeling of being in direct contact with the plot. The more public spaces are closer to the street and gain height gradually, until they tower over the landscape and look out toward the horizon over the rest of the rooms. A series of small bridges serve as transition elements between the different areas and accommodate the different levels of privacy.

The ensemble is closed by a wooden envelope, generating a ventilated façade and roof. The central courtyard takes over part of the house’s garden. It includes a light roof that gives light to the façade, a sort of Chinese lantern that envelops the courtyard, letting the members of the household enjoy this outdoor room.

The wooden roofs are arranged according to a spatial variation law which, in addition to conforming to local regulations, collects rain water and directs it into the courtyard to water the garden.

Somebody turns up at an architectural firm and states her case: “Many of my happiest memories are associated with different spaces, such as a container in the middle of a forest, an “alpine type” wooden house, or living surrounded by horses and other animals.” Some of these experiences, backed up by images, took place in the past and in other countries. The team of architects was entrusted with the task of editing these spatial memories and transferring them to a new space on the outskirts of Madrid. 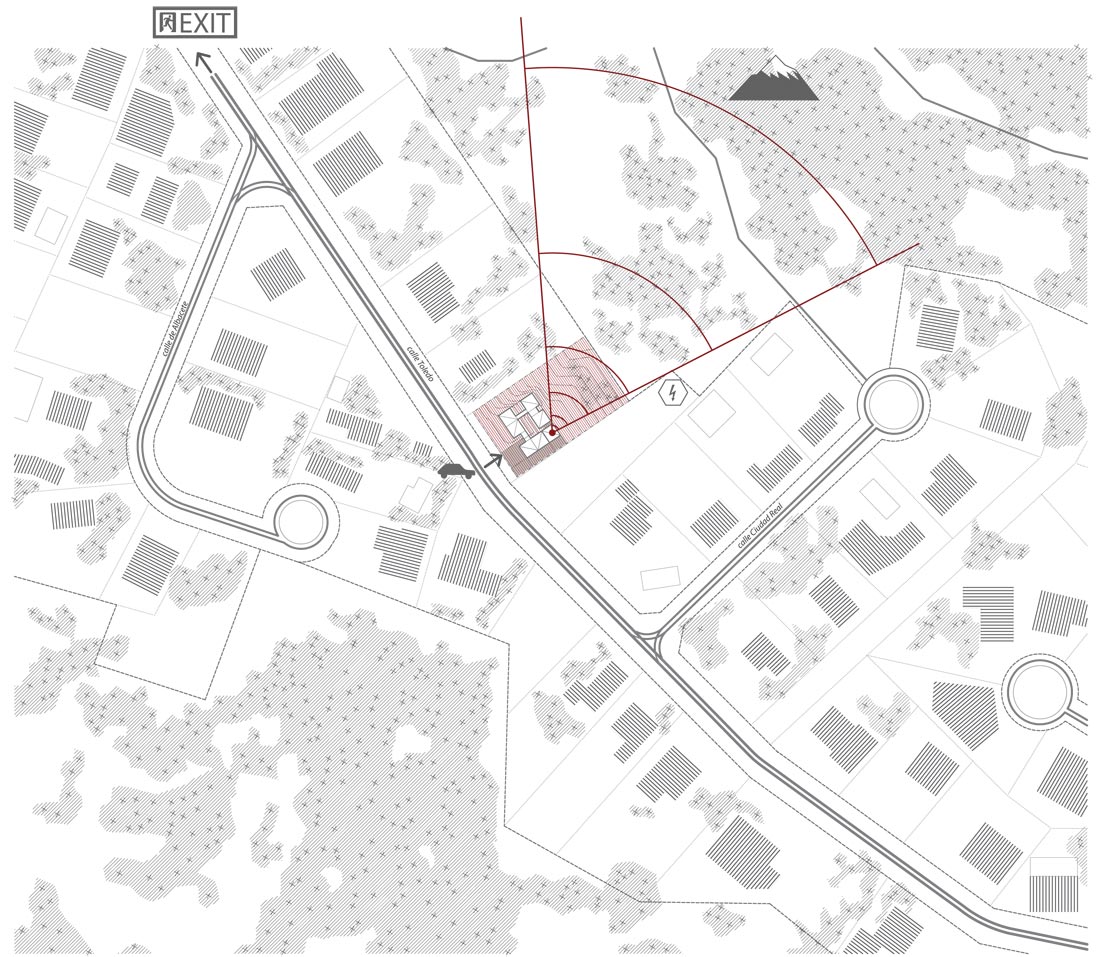 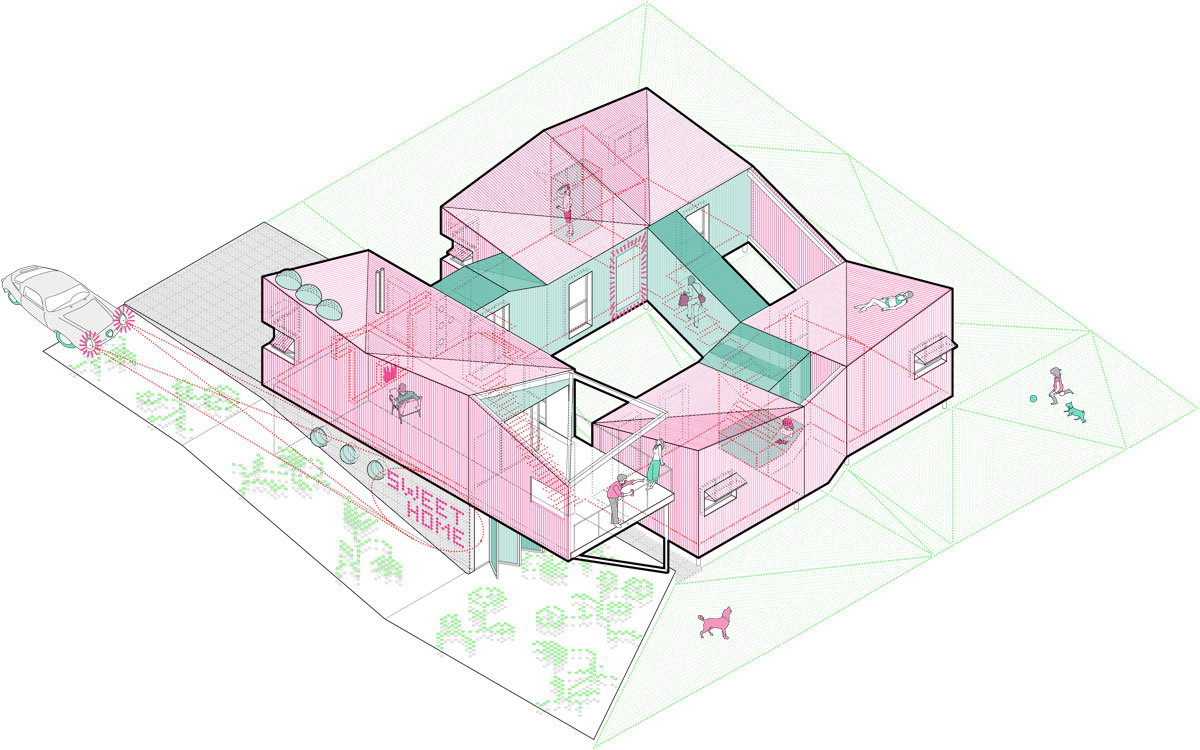 The house is a post-production space for memories, desires and experiences.

The industrialized building system and the assembly of the dry-mount structural wooden panels shorten the execution periods. 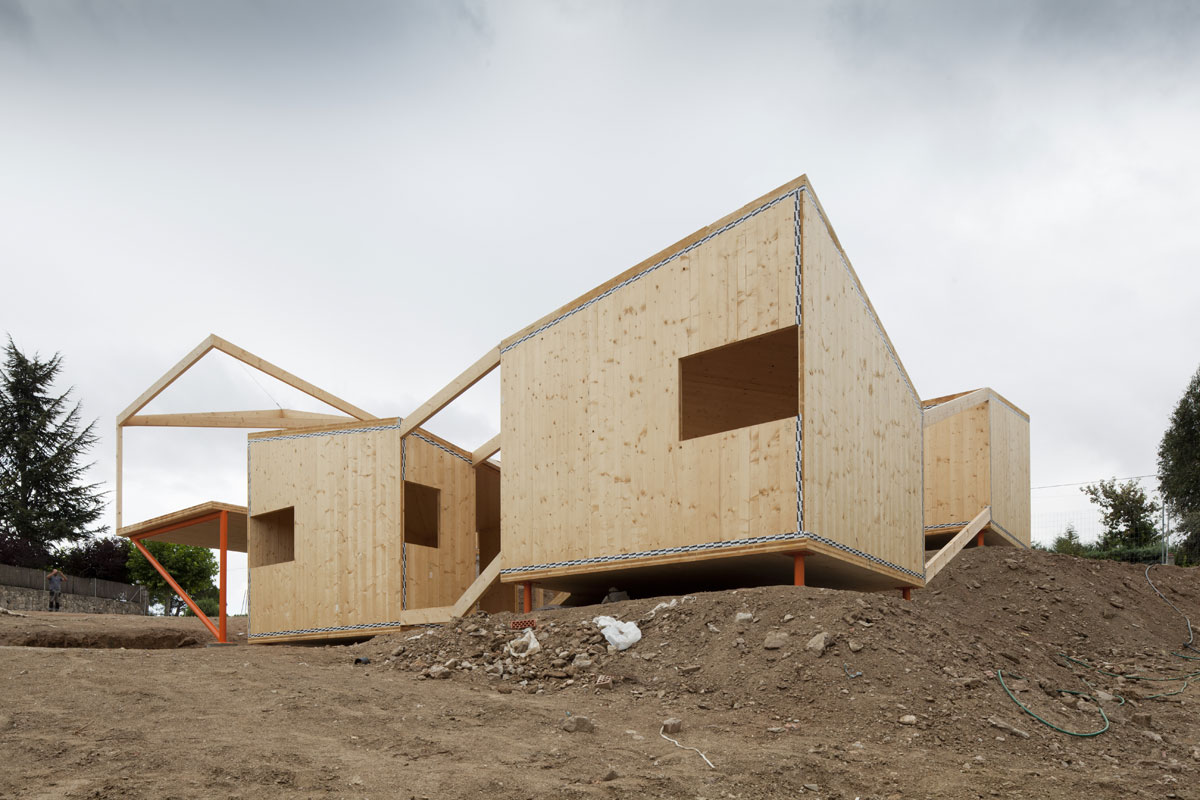 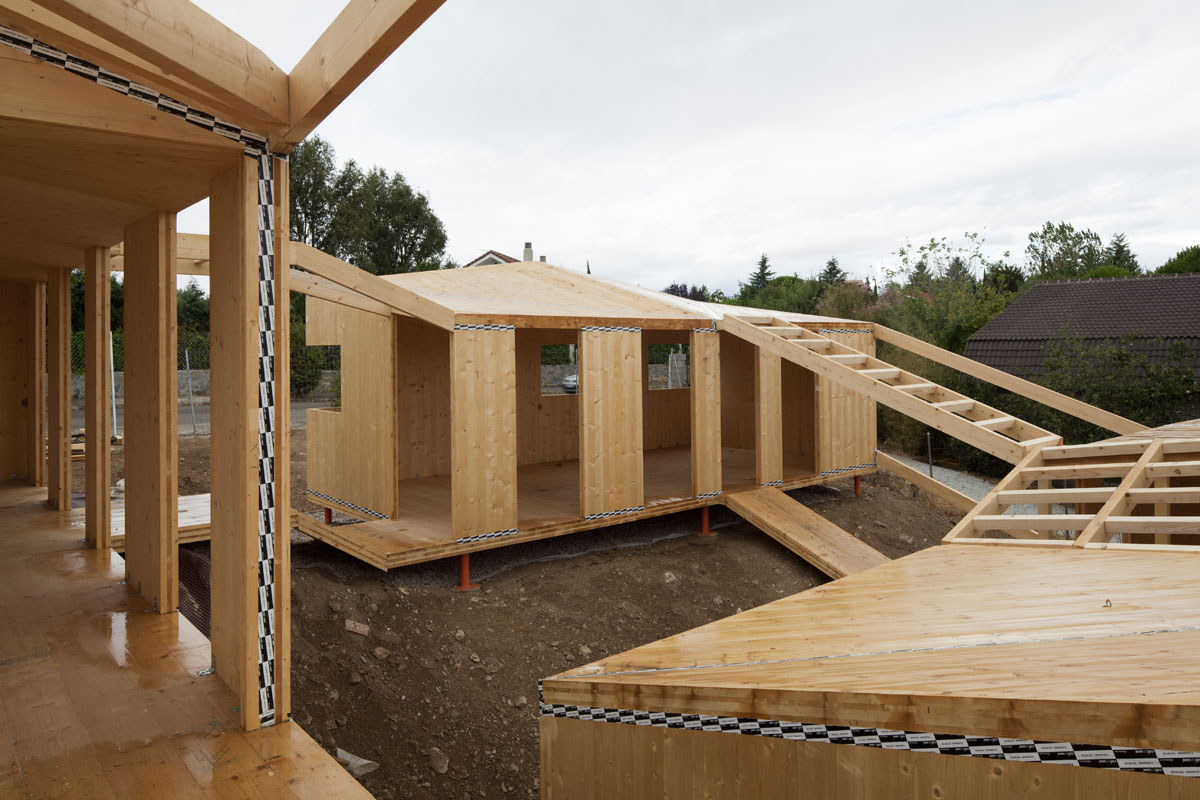 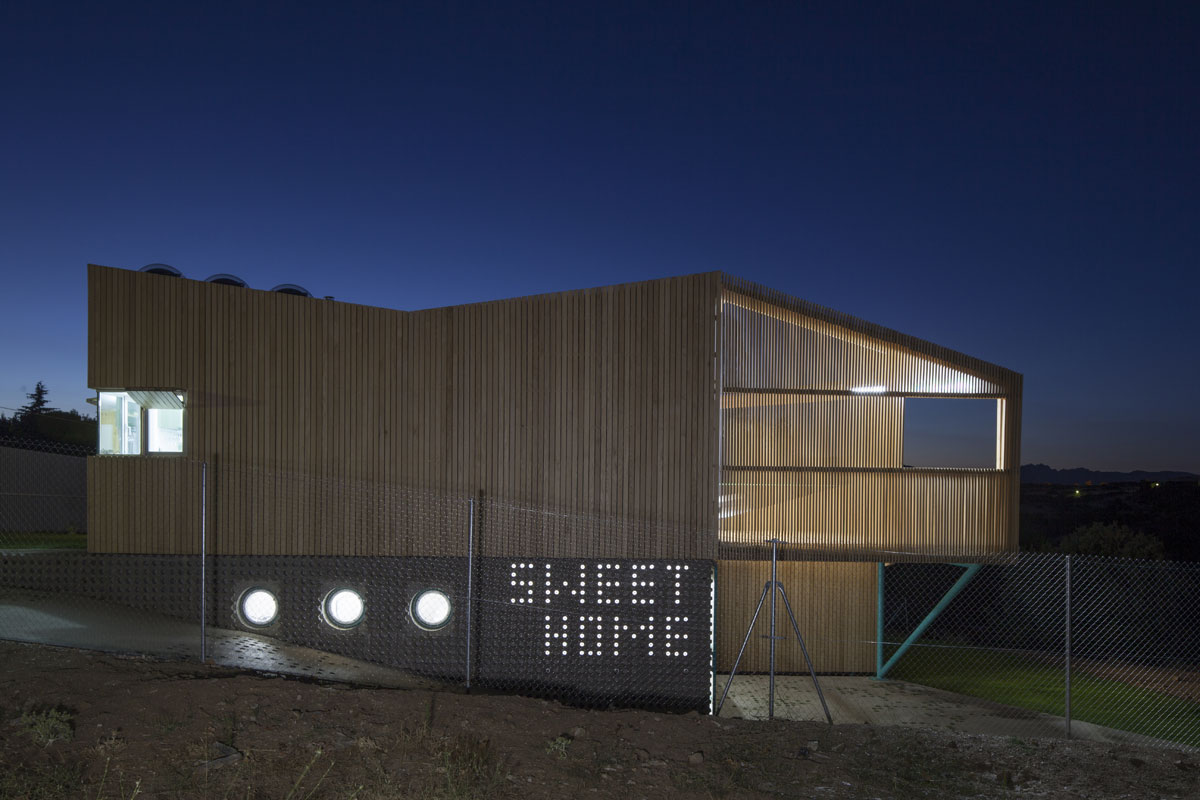 There is an empty plot of land today, but in less than two weeks a house will have appeared.

The project is executed based on the rules defined by the building system, which is based on the assembly of a parts-kit. The industrialized system transfers part of the construction effort to the workshop. 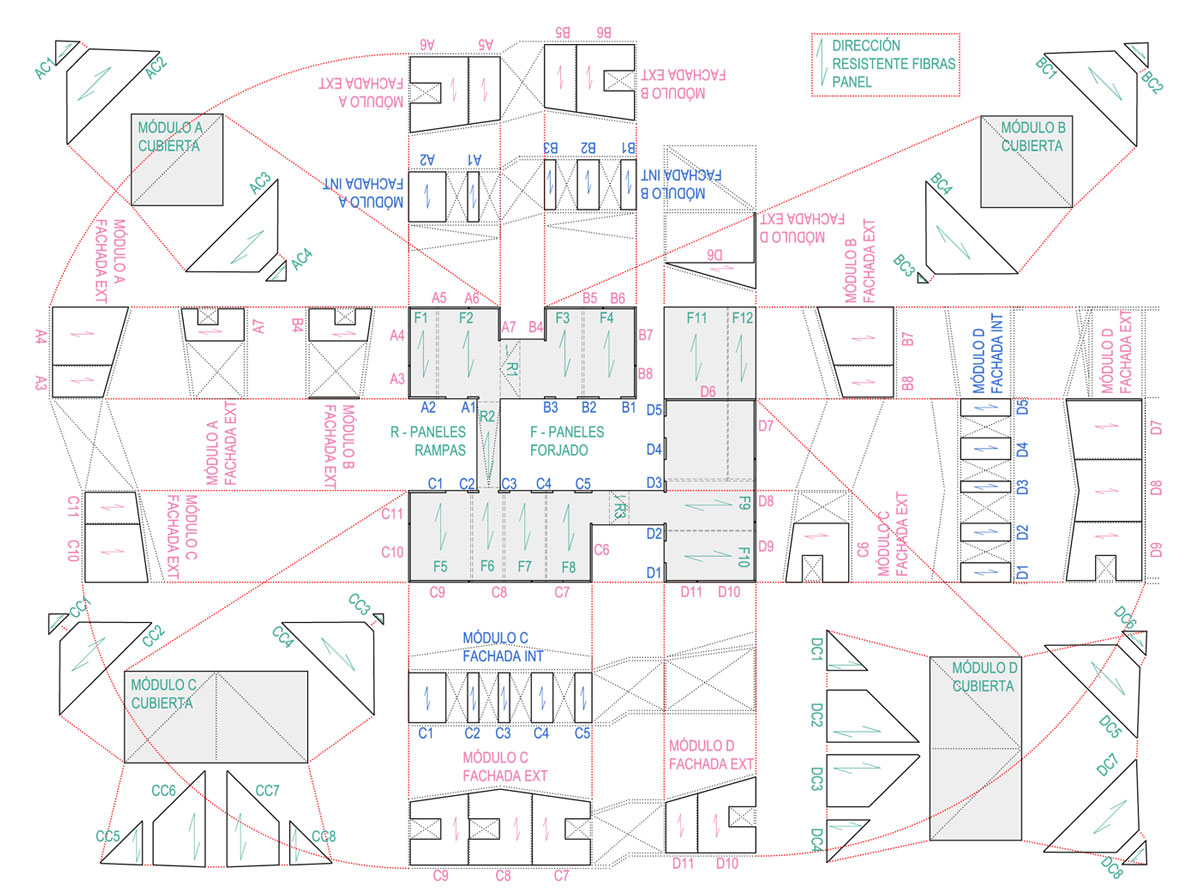 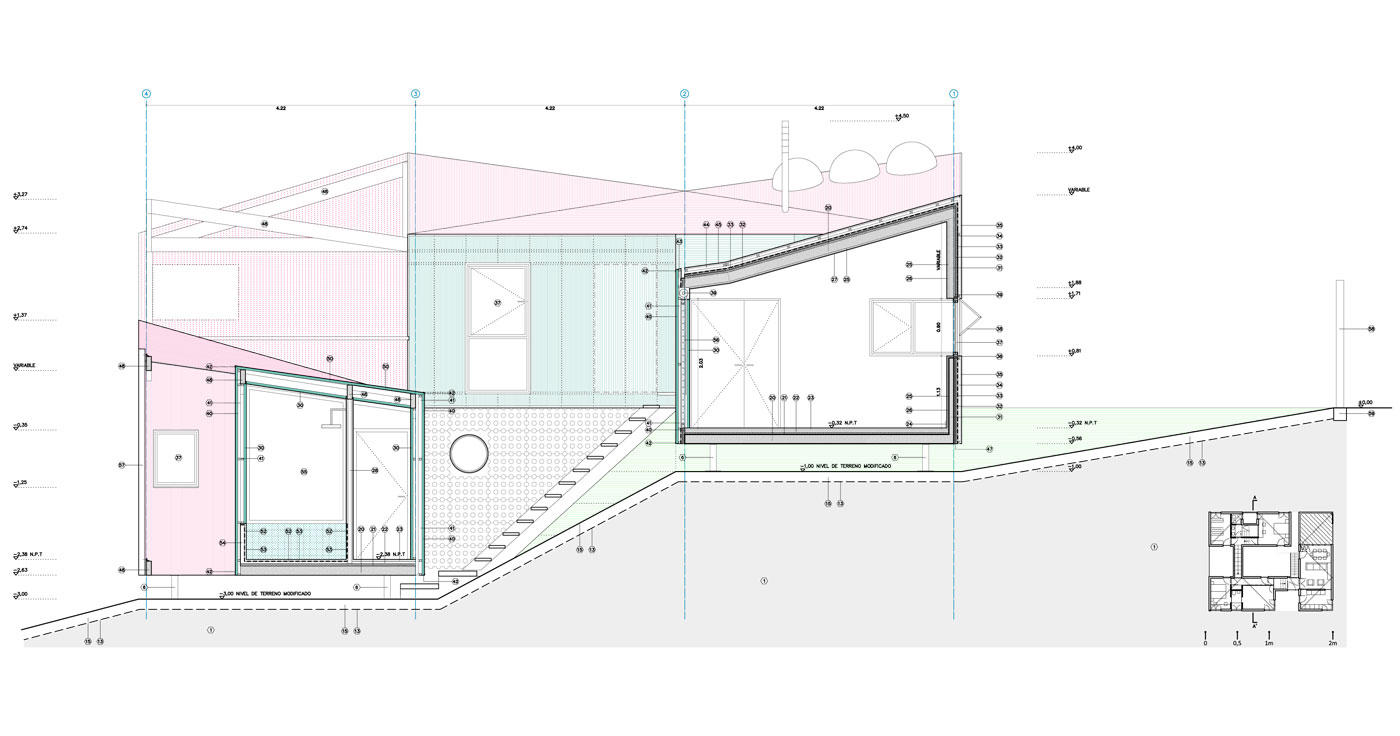 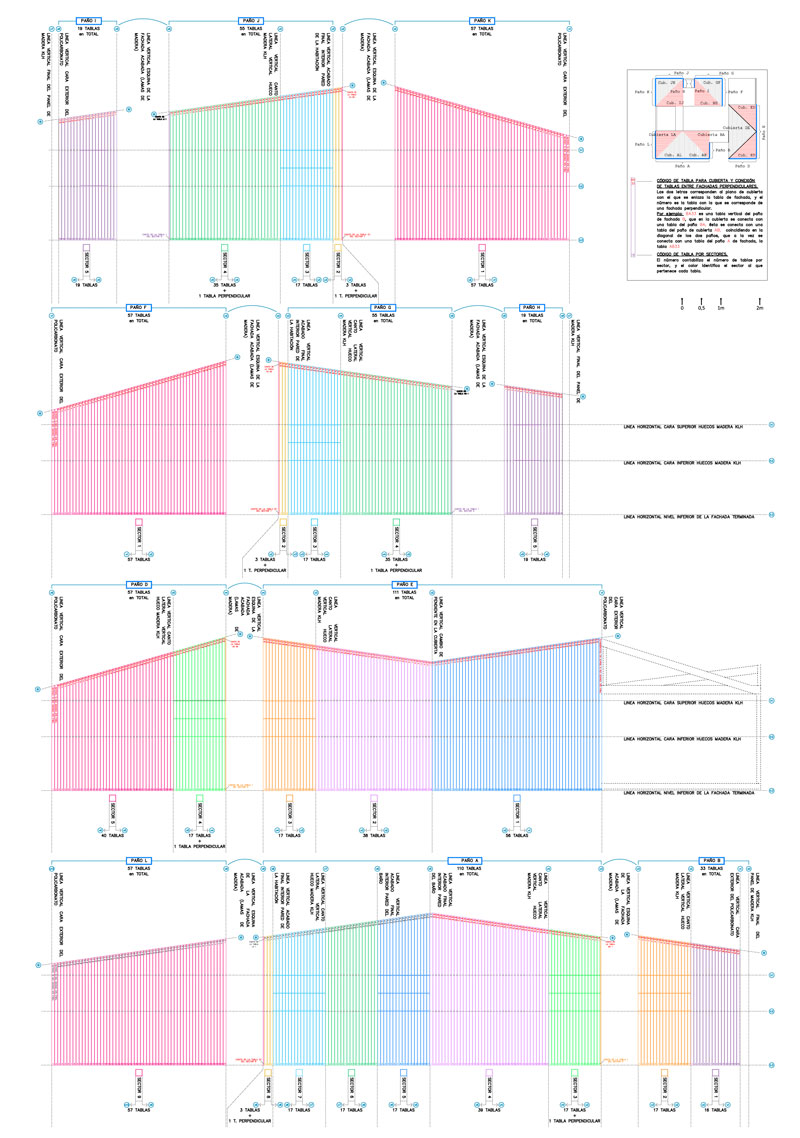 The program is organized around detail. Construction becomes production.

The modular system of the house entails a functional, flexible organization that makes the alteration of the distribution of the rooms possible. 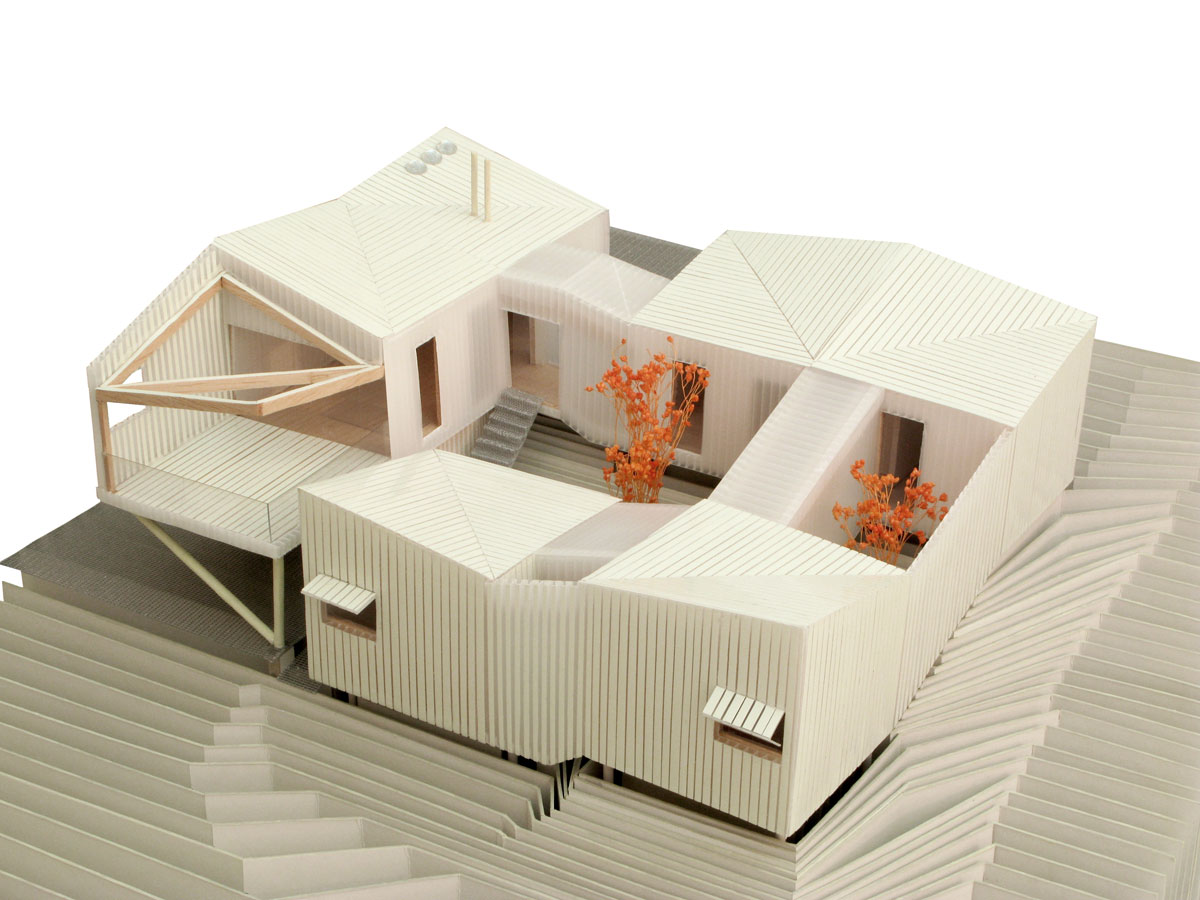 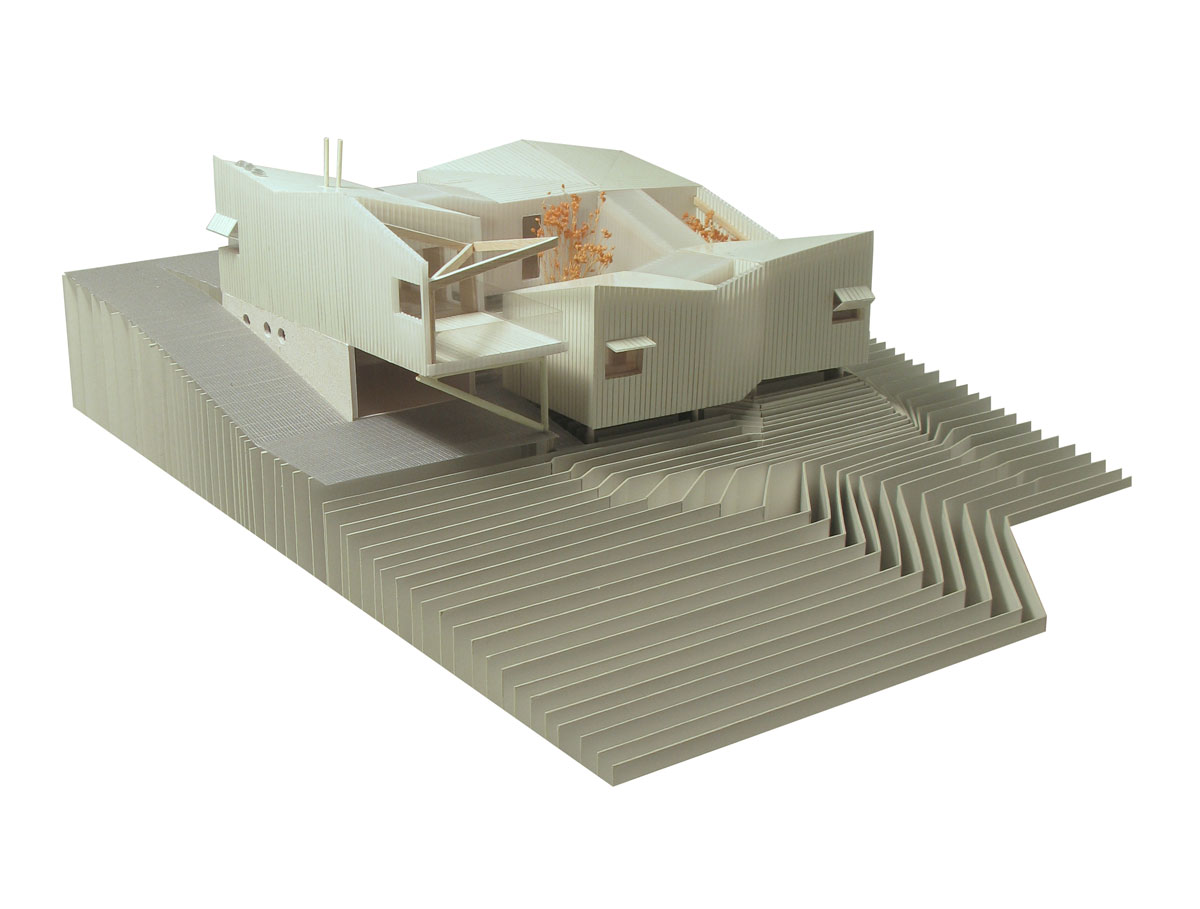 Architecture as a game board: To live is to make a move.

Different ways of interacting with the plot are presented. From the private rooms, which are in direct contact with the environment, to the public areas – the areas of social representation, which look out into the landscape and profit from the views. 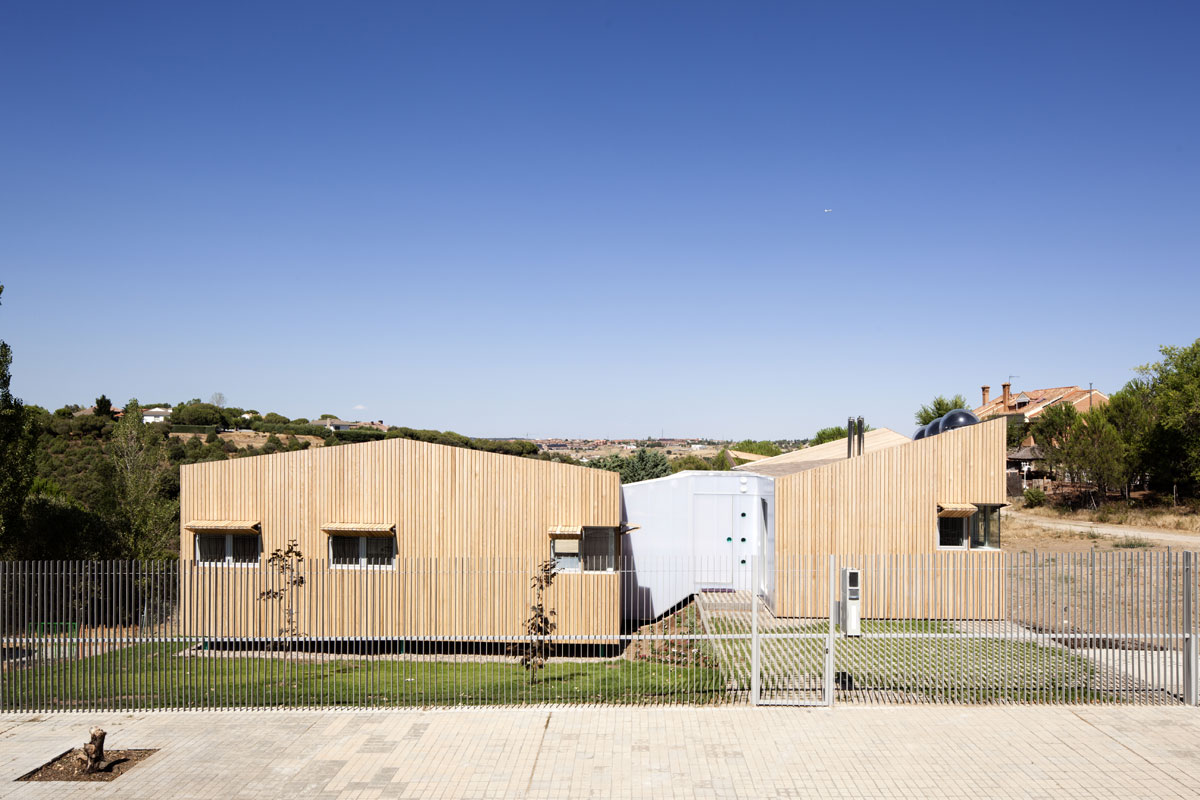 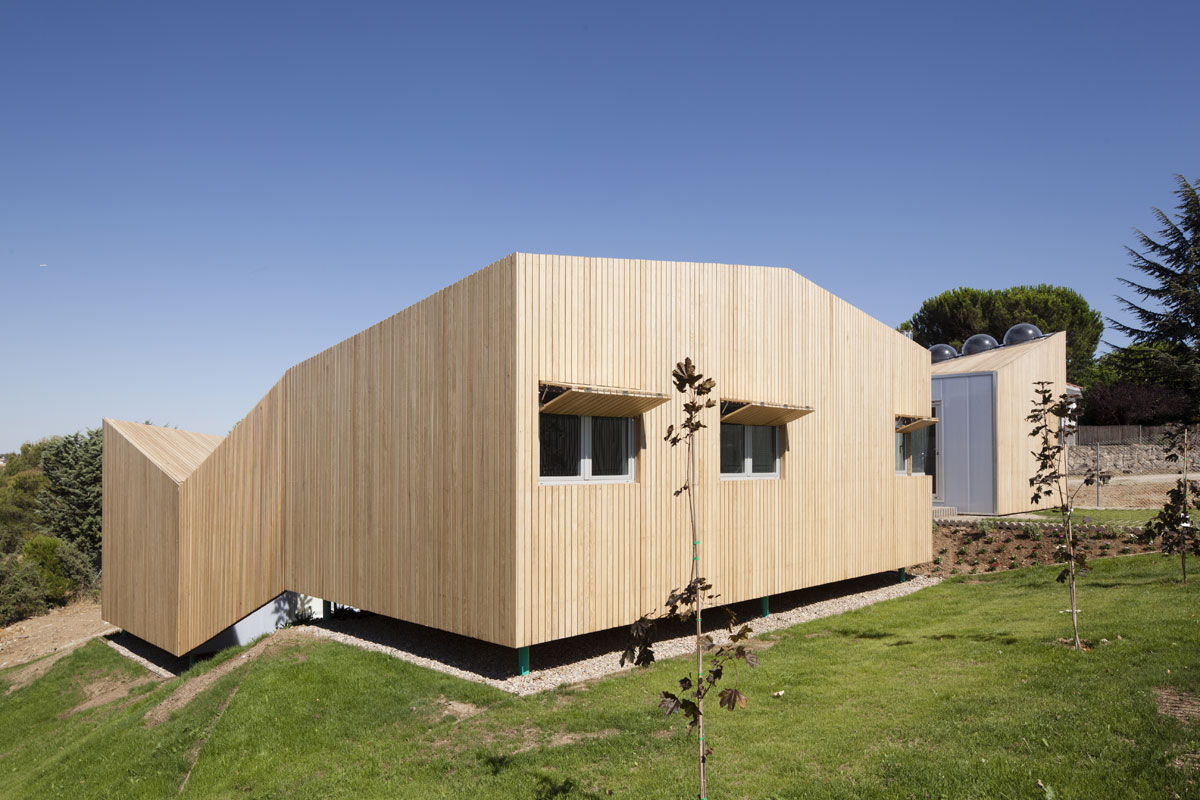 Like the song says, “No tocarte y pasar todo el día junto a ti” (To not touch you and spend all day by your side).

The organization of the house allows for it to be fragmented into a smaller one without using the whole of the building. 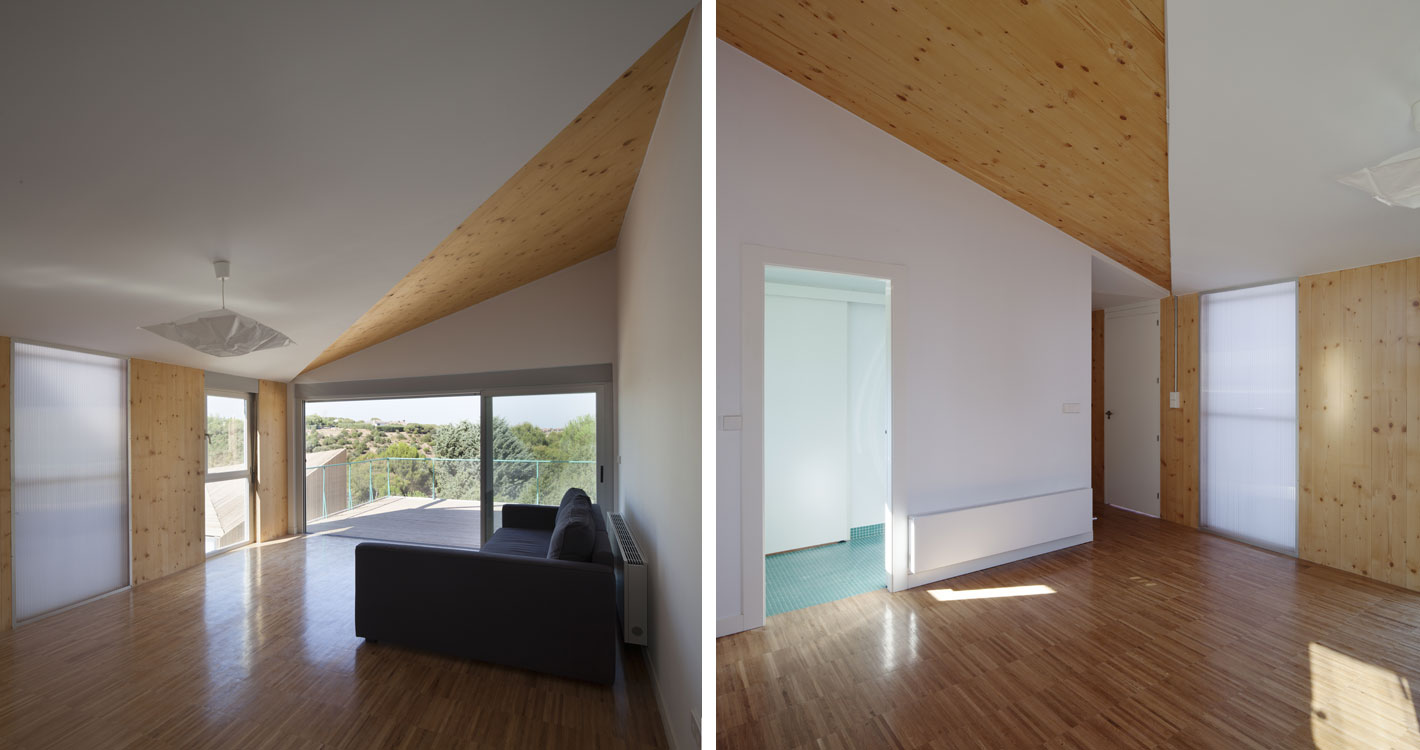 A house within a house.

The project includes the construction of a support made of elementary finishes consisting of few elements. The end user will finish the house at a later date. 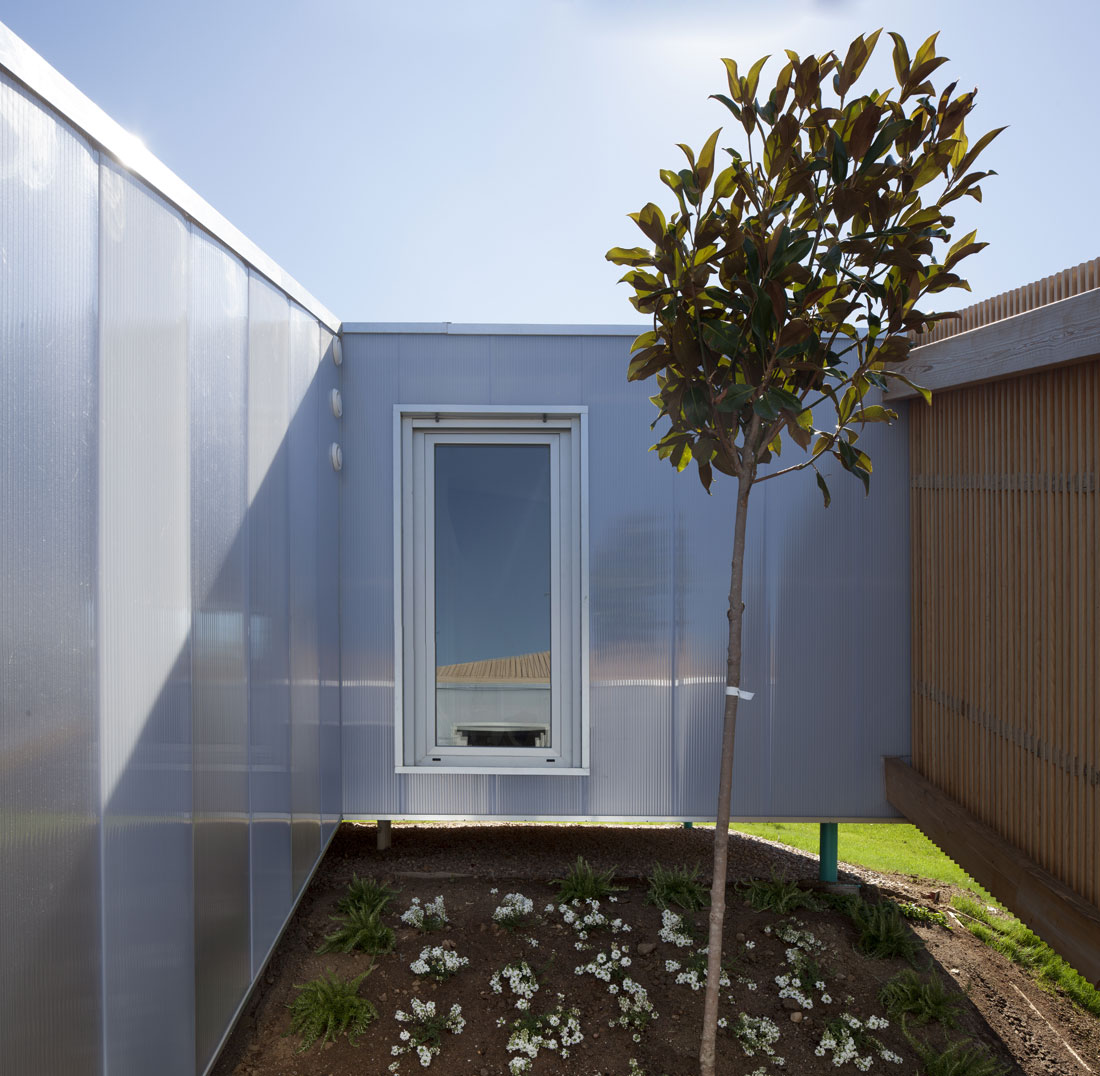 The house itself is the hardware. Daily practices are its software.

« Biological Metaphor: The Grand Paris, the Biopolis and Promise of Town-gown Partnerships
Casa El Boldo: House in the Forest »