The Los Angeles region is notorious for its lack of urban public space; LOHA’s design for Formosa1140 addresses this condition by radically parceling out a third of its privately owned building site as a publicly managed pocket park for the city of West Hollywood. Formosa1140 simultaneously creates density and green space and models a replicable prototype for incremental community-driven city development. 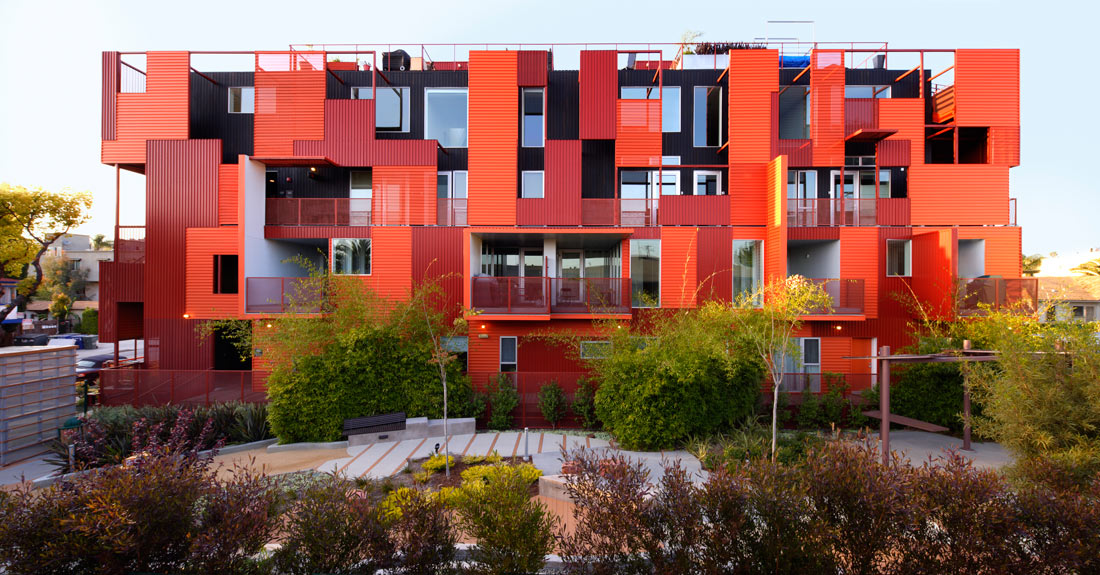 In West Hollywood, the need for parks is dire: the city is saturated with housing, 90% of which comprises multi-family residences, while only 1% of total land is allocated to parks. At the time of Formosa1140’s inception, West Hollywood provided two public parks to its community. 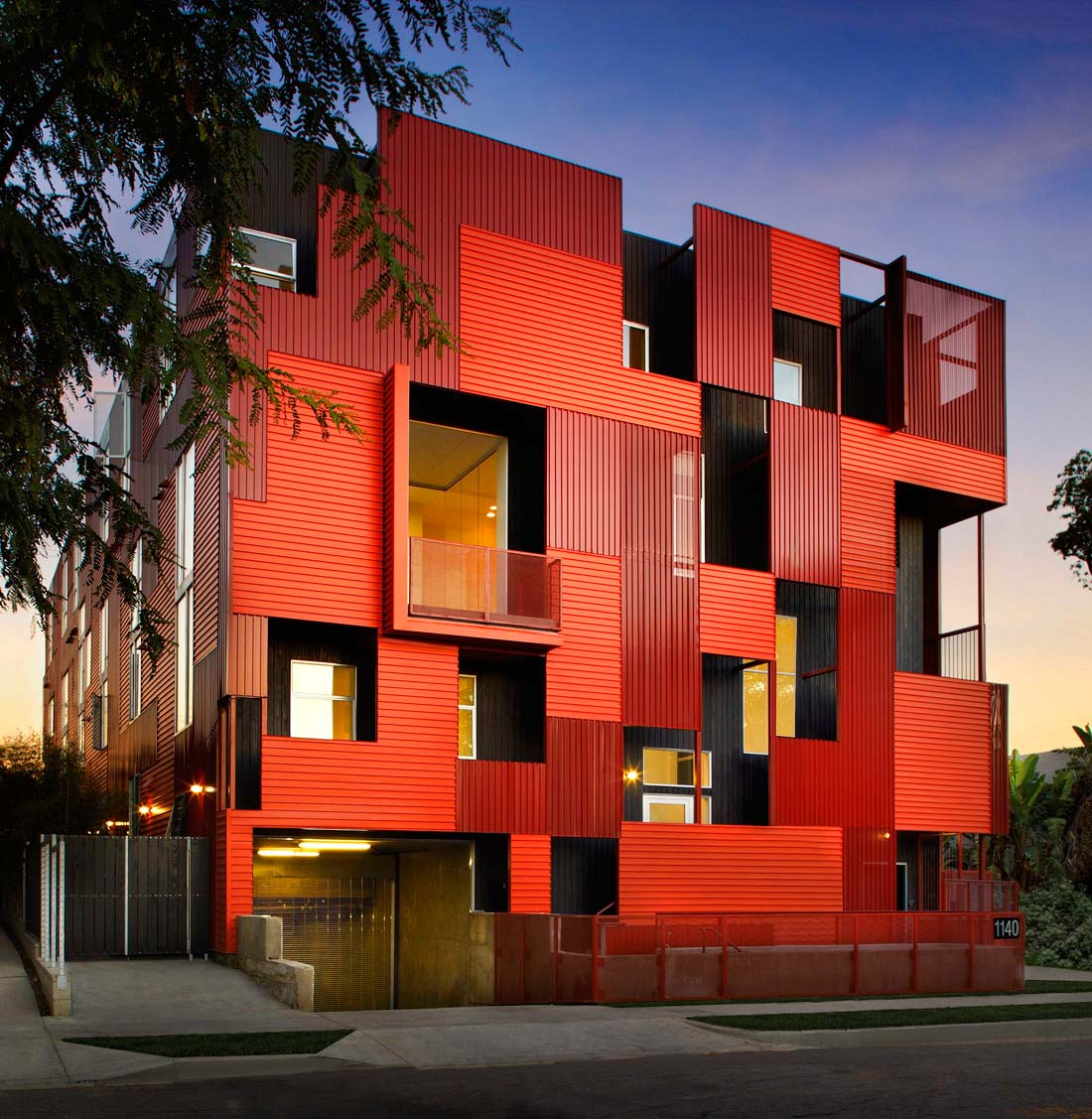 By eliminating the private courtyard and pushing the housing volume to one side of the building lot, LOHA provides each residential unit with public park frontage. Its façade is then achieved through a unique choreography of perforated metal sheathing and fenestration. 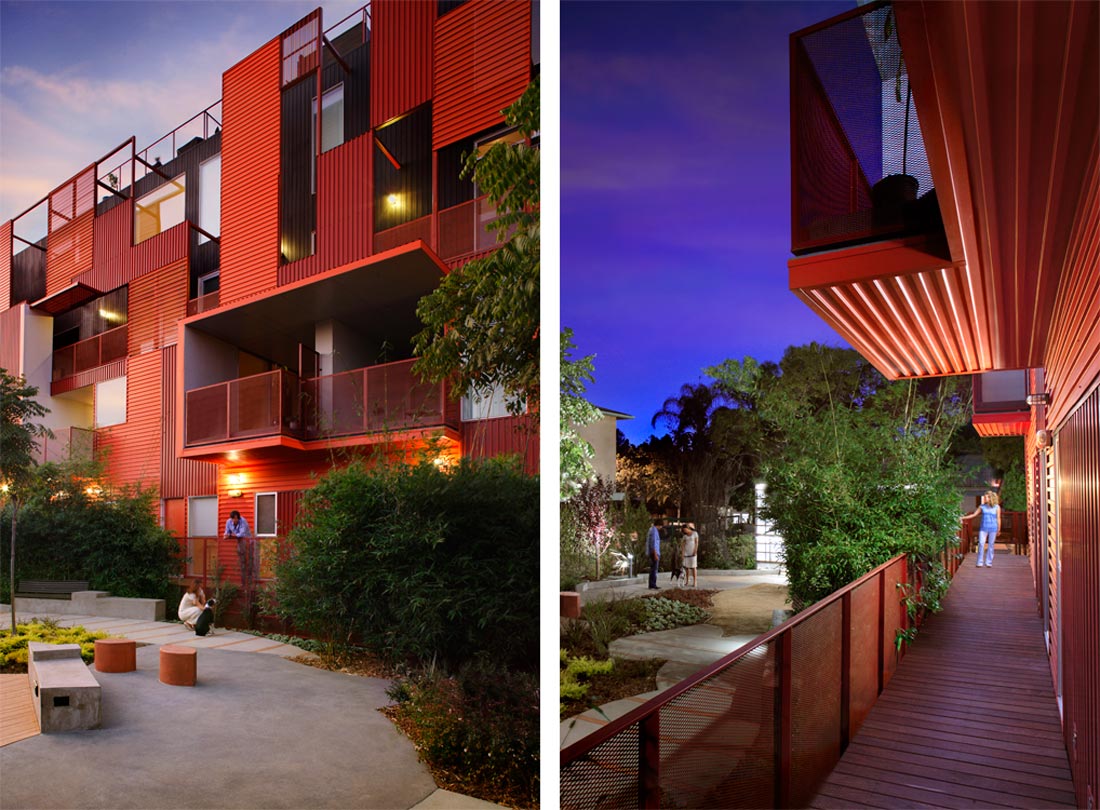 The variation of privacy screens and open balcony voids within the building’s skin allows for the public realm of the park to intrude into the private volume of the building. Formosa1140’s permeable envelope promotes resident-community interaction. 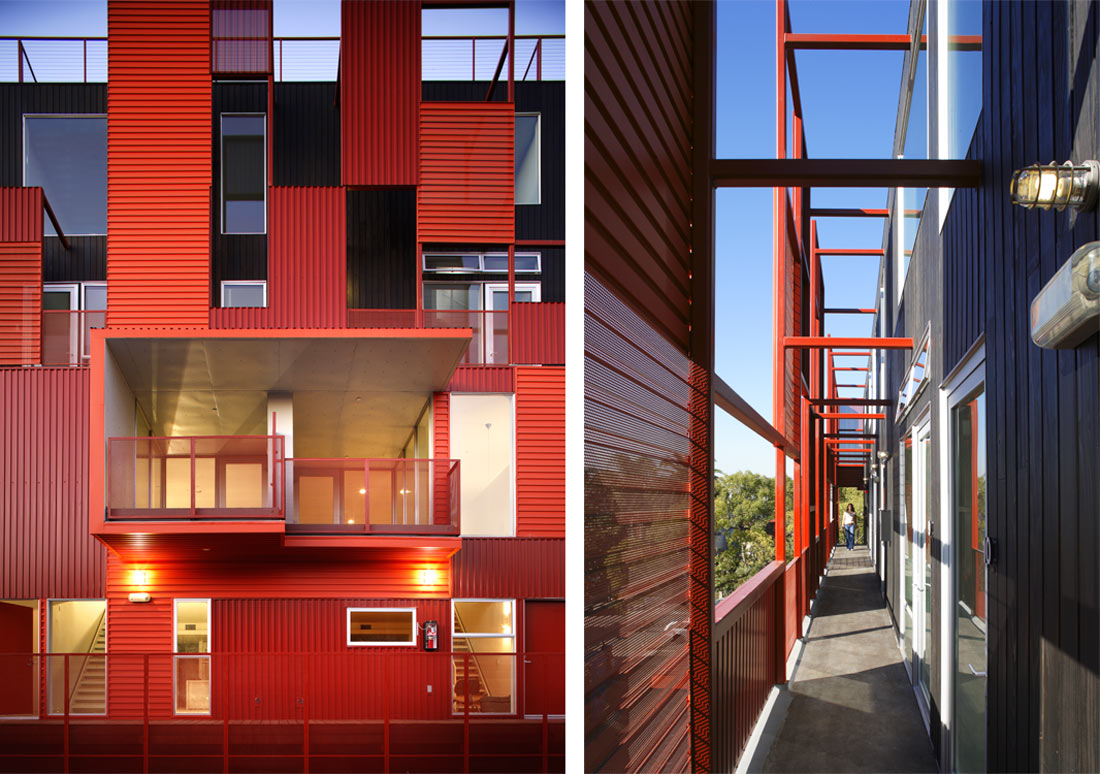 Following Formosa1140’s success, there are now over a dozen designated public open areas. Located in a redevelopment area previously blighted by high deterioration, crime, and abandonment, Formosa1140’s red form grounds its park, brightens its neutral surroundings, and has helped catalyze the revitalization of West Hollywood. 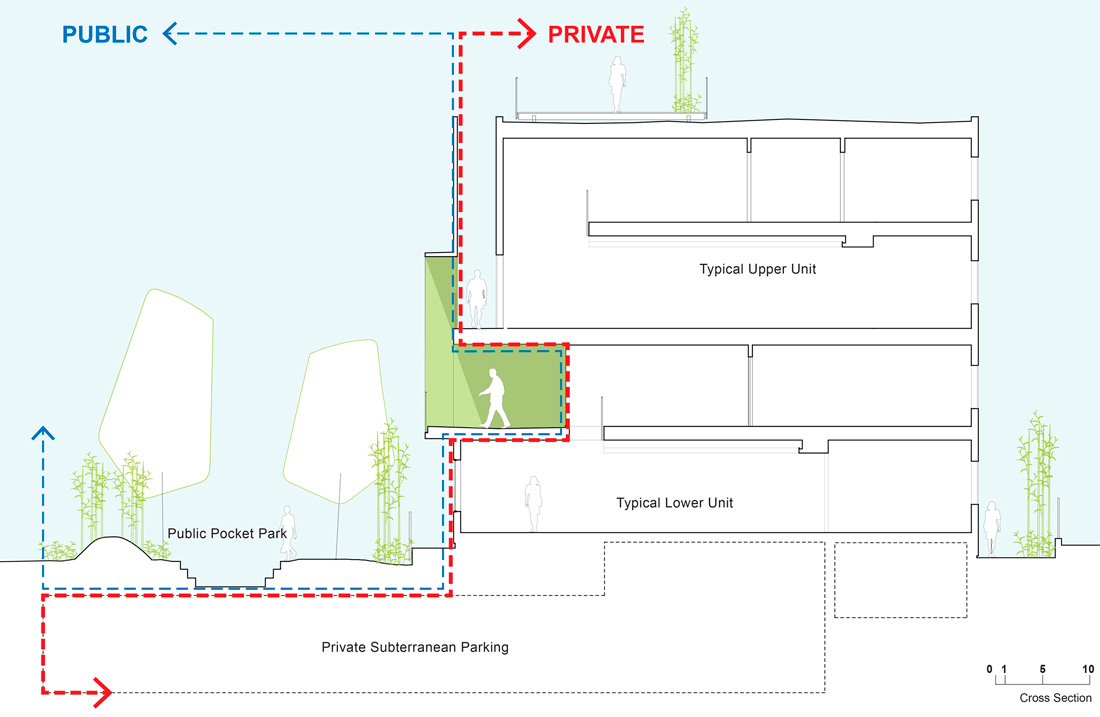