The Fai Chi Kei social housing project is an investigation of the role of a single building in the broader context of a high-density city, of the role of public space within the plot, and the role of the common areas in the overall economy of the project. It is an exercise in the orderly stacking of over 700 apartments and the definition of a vertical neighborhood. 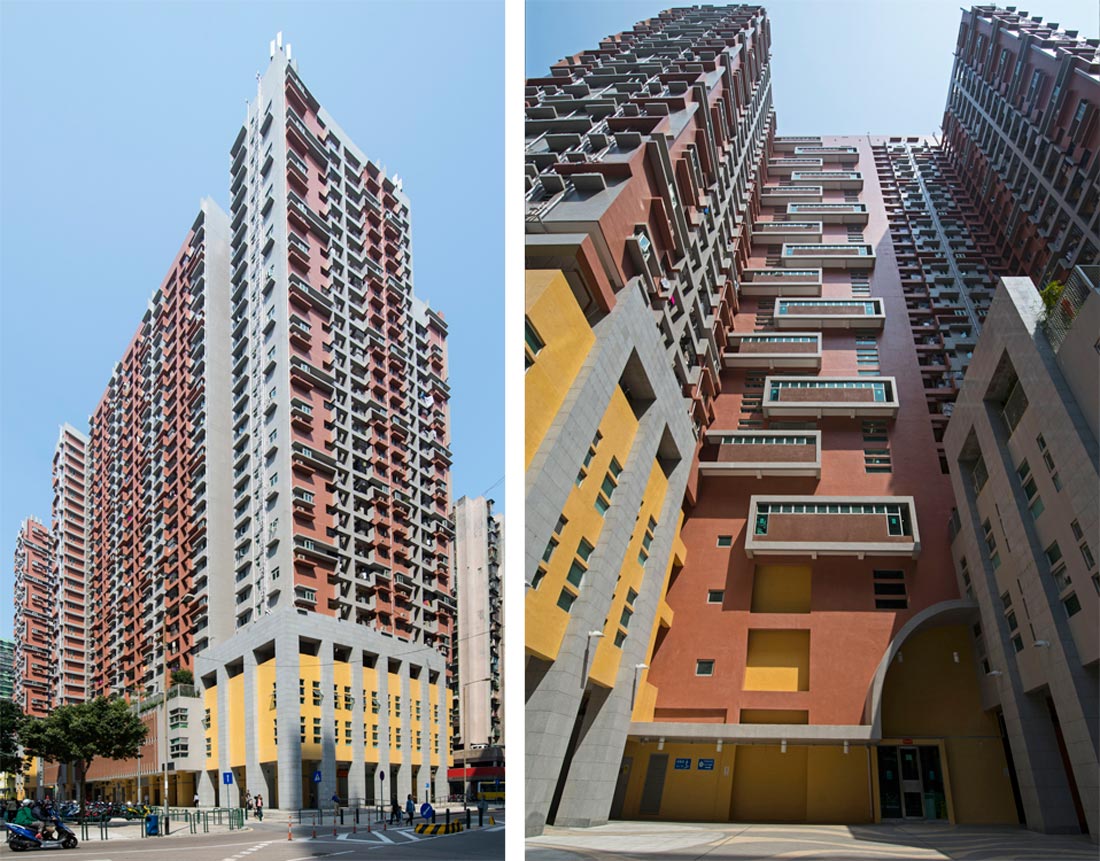 Fai Chi Kei is an act of negotiation between the maximum usage of the plot and the livability of the area, proposing a typological alternative to the most common housing typology in Hong Kong and Macau: the podium and tower. 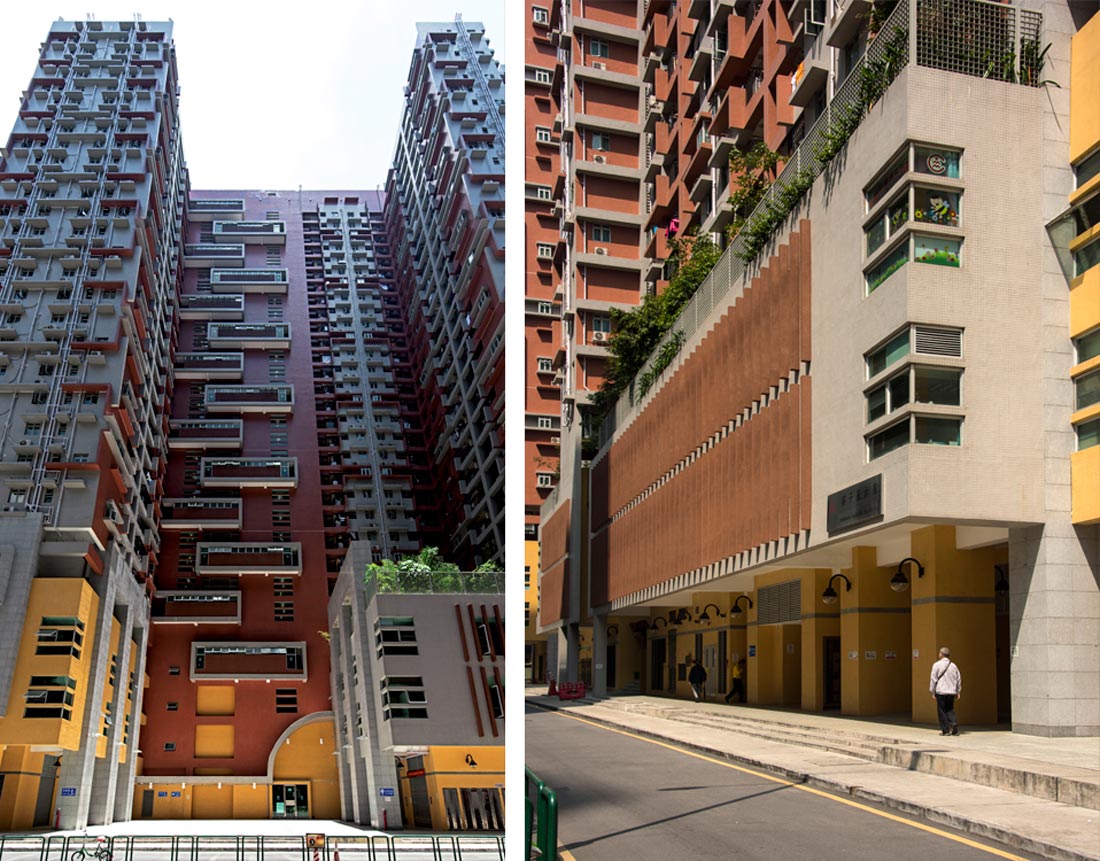 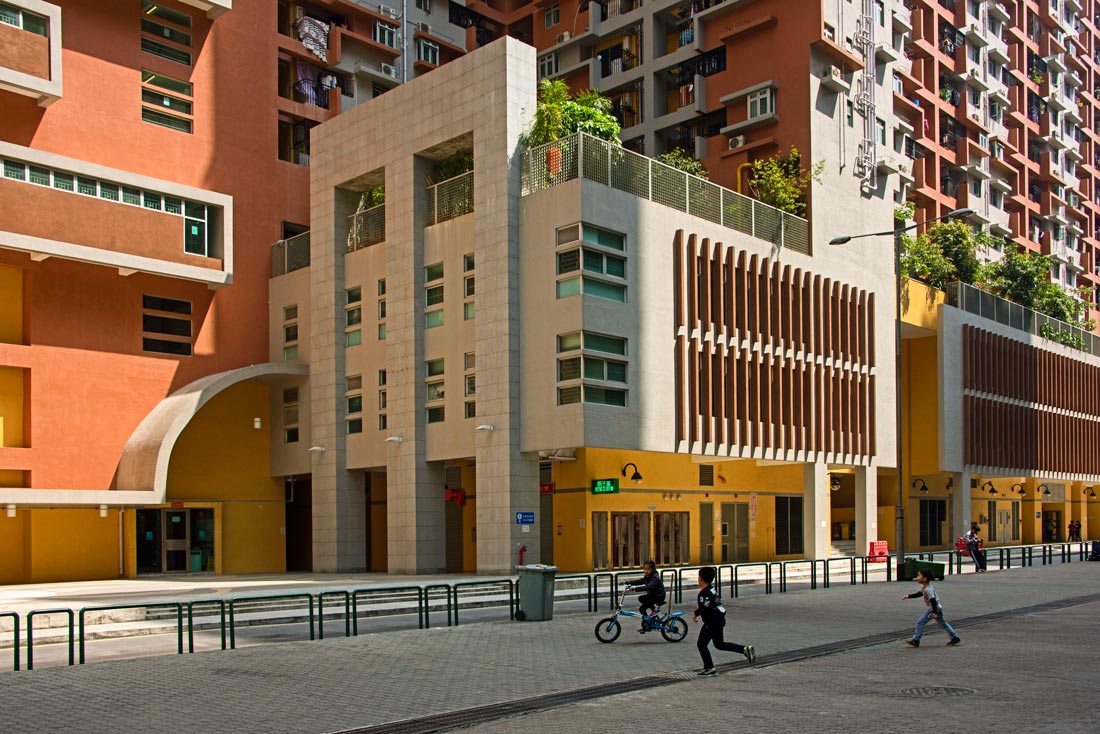 The urban footprint of the building presents two big empty patios that gather the housing units and reach the ground formalizing two open squares, where all the elevator lobbies and common circulations converge and the shops have their windows. The empty space achieved is a widening of the city walkway: it works both as an urban feature and as a proper entrance square that encourages the phenomena of identity and belonging. 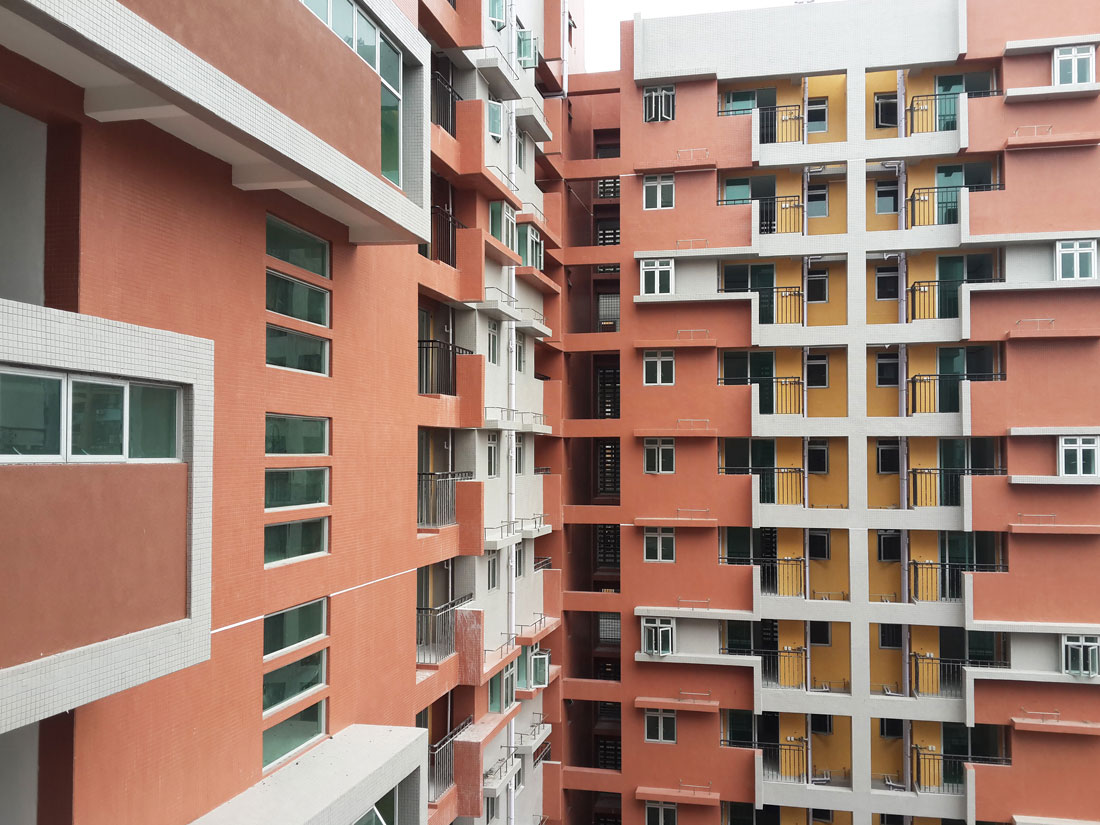 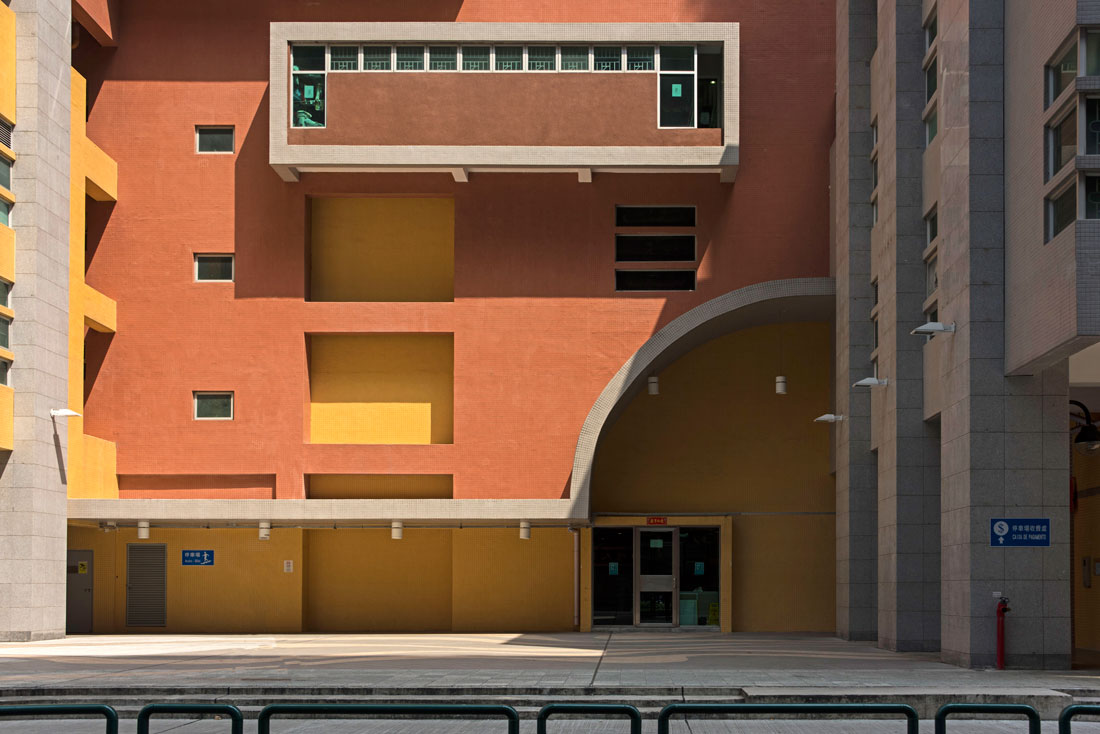 The building also sets out to offer a vertical alternative to the street; it provides un-purposed common areas on every other floor. These areas are designed with natural light and ventilation, and double heights, creating a breathing element that organizes the community. 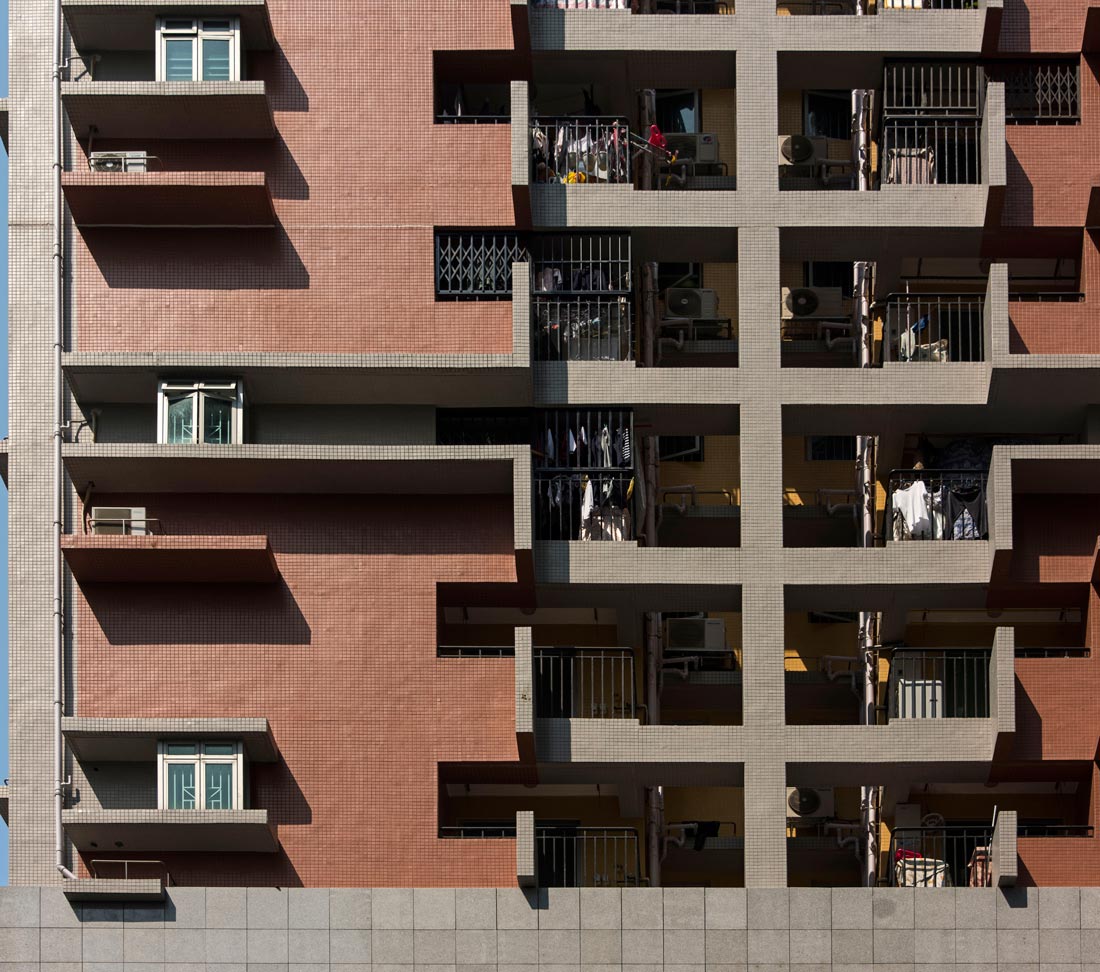 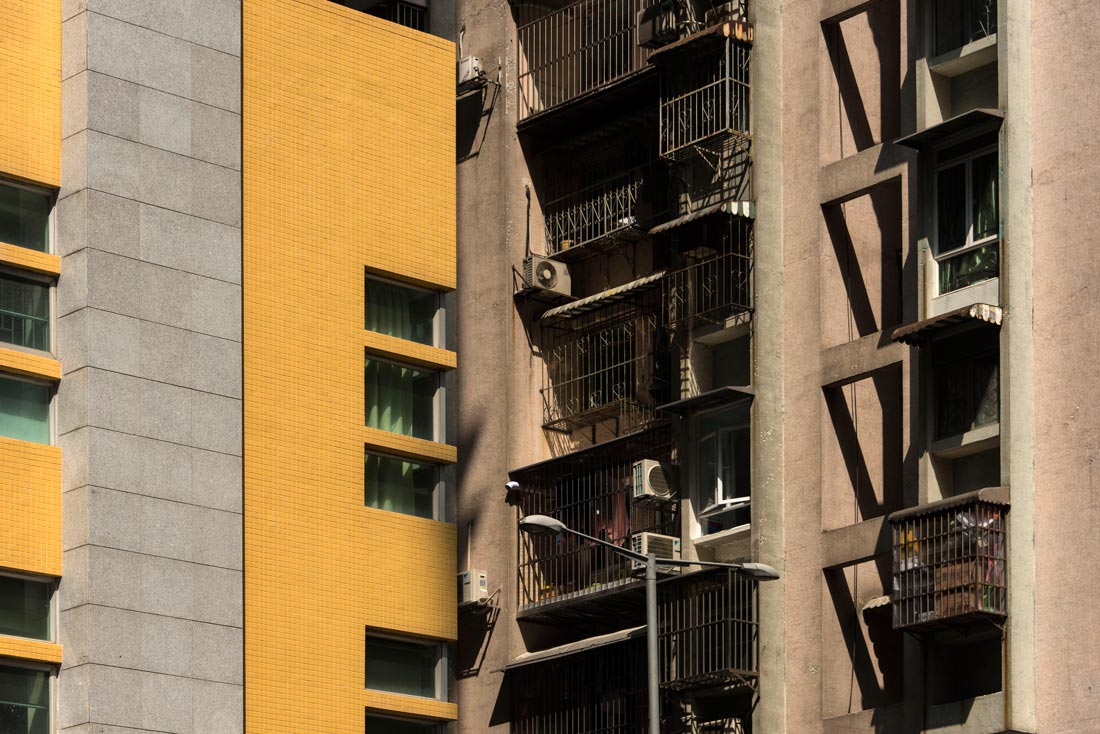 The final result is an alternative typology: a porous block with multiple connections at several levels to bring the public space three dimensionally to the higher floors, thus enabling neighborhood-style living in a vertical setting. 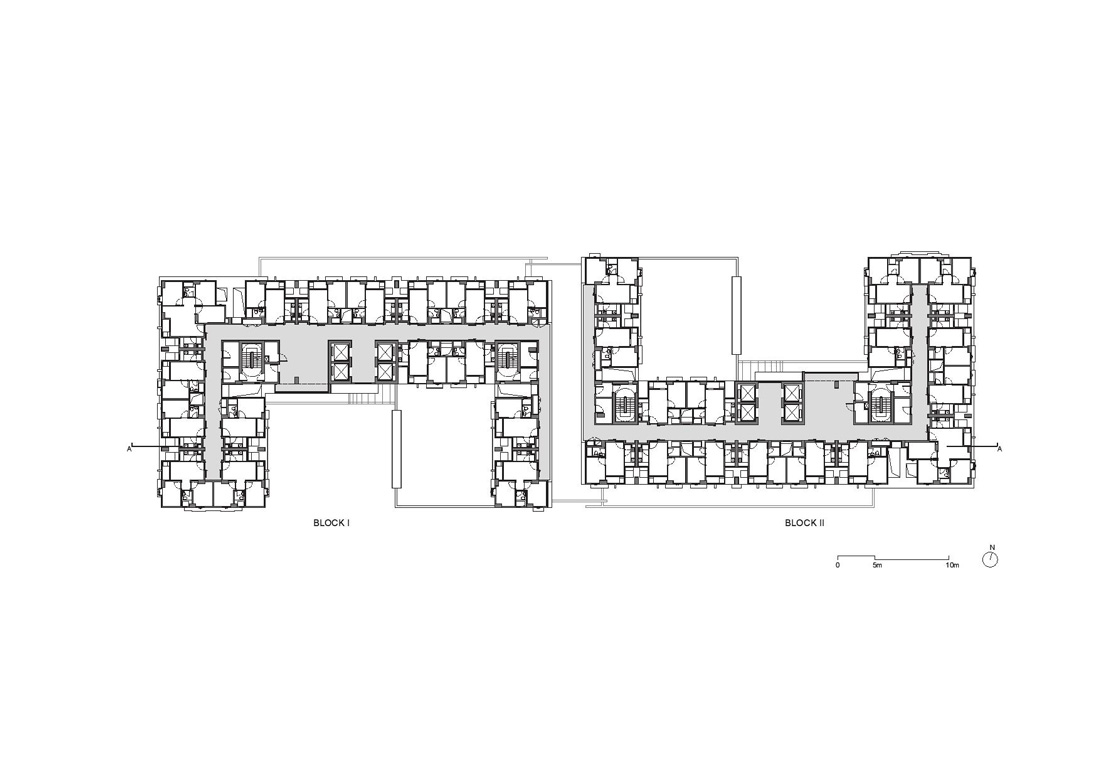