Cycling Through Water: A Boost to the Region

In April 2016 ‘Cycling through Water’ opened, an inspiring cycling trail through a pond of the De Wijers nature reserve in Bokrijk-Genk. Barely four months later, 100,000 cyclists had already visited the cycling trail. The project has given a boost to the entire region. ‘Cycling Through Water’ was even selected for TIME’s 2018 list of the World’s 100 Greatest Places. 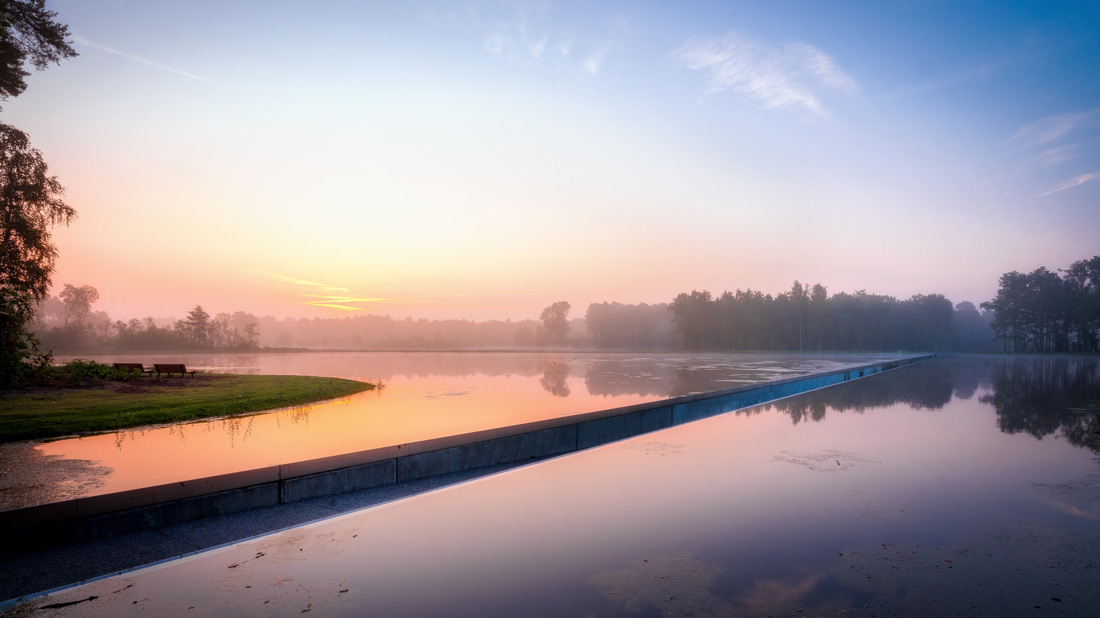 The bike trail through water leads cyclists through a more than 200-meter-long and three-meter-wide concrete path with water at eye level on both sides. Swans and other waterfowl float on the edge and watch the cyclists curiously. Since its opening, the interest in this special bike trail has been huge. An average of 700 visitors per day explore this unforgettable part of the Limburg cycling route network, with highs on Saturday and Sunday and almost 3,500 cyclists on top days. 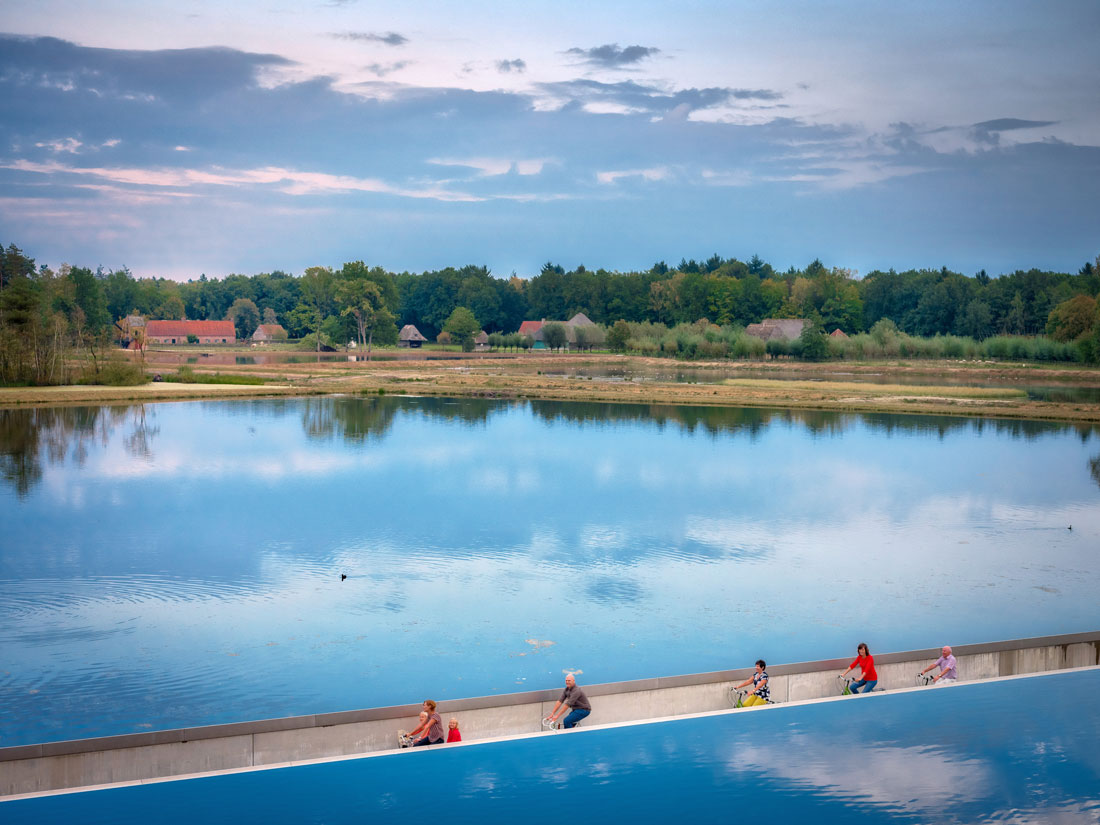 Not only cyclists participate. Many walkers also take a peek. It is nice to see how the heads of the cyclists seem to ‘glide’ across the water’s surface. That also explains the hype on social media. A lot of visitors post photos and selfies online; even blogs talk about this extraordinary experience.

The project was completed in a very short time thanks to the positive cooperation between the different partners. The construction of the bike trail was combined with nature conservation projects in the surrounding ponds. This resulted in improvement in the water quality and a significant increase in the habitat of amphibians. 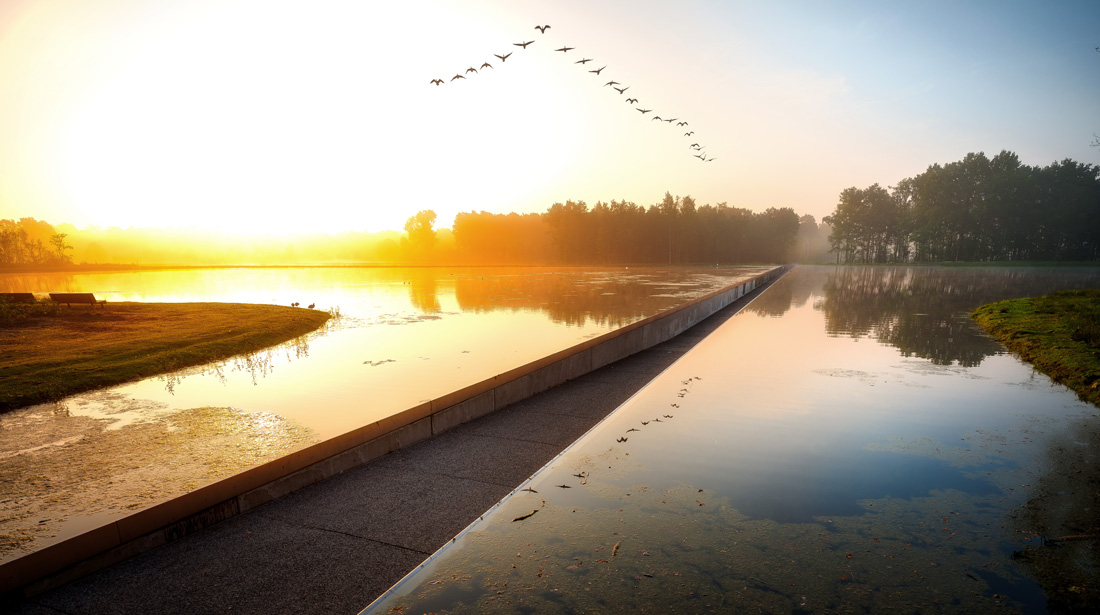 ‘Cycling through Water’ provides qualitative improvements to the larger environment. The project not only stimulates the Bokrijk nature reserve and open-air museum but also the future tourist development of the De Wijers site, a 700-hectare network of ponds. This bicycle attraction is a clear reason for tourists to come and share. 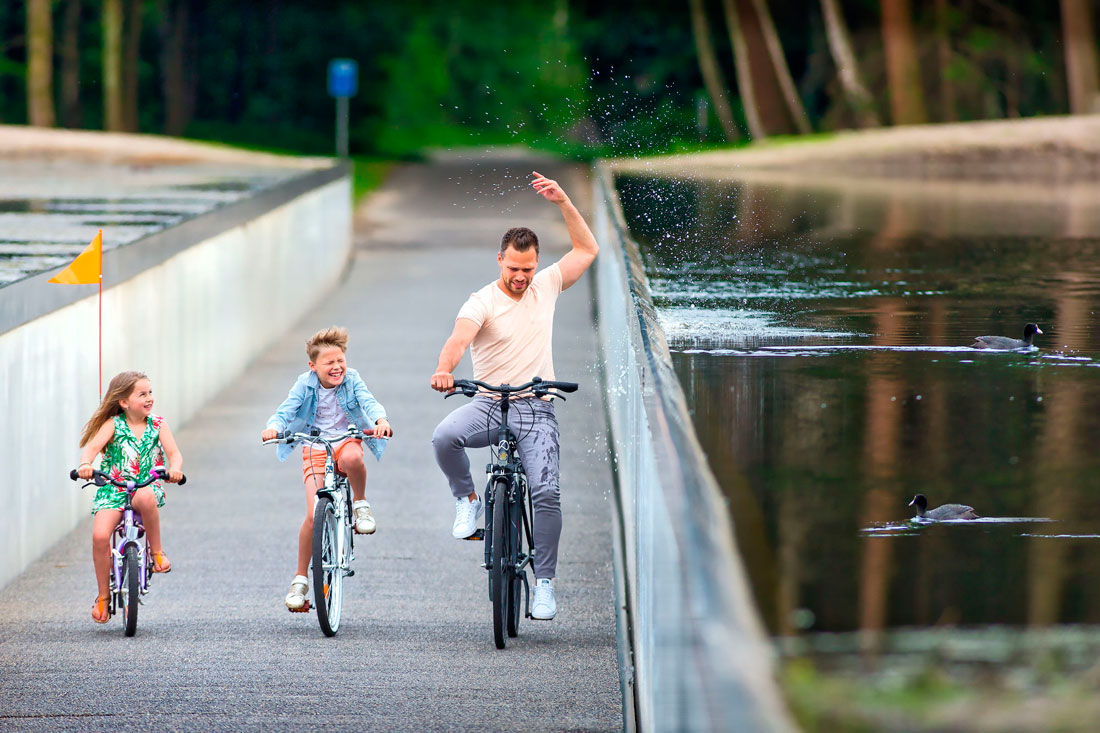 The success of ‘Cycling through Water’ makes it clear that the bicycle route network in Limburg offers a very strong grid for incorporating innovative tourism projects. Through this and similar cycling experiences, Limburg is earning its place on the international map as a cycling region, where beautiful landscapes and unique heritage are strung together. In addition, these projects can be a stimulus for future development on and next to the bicycle route network.