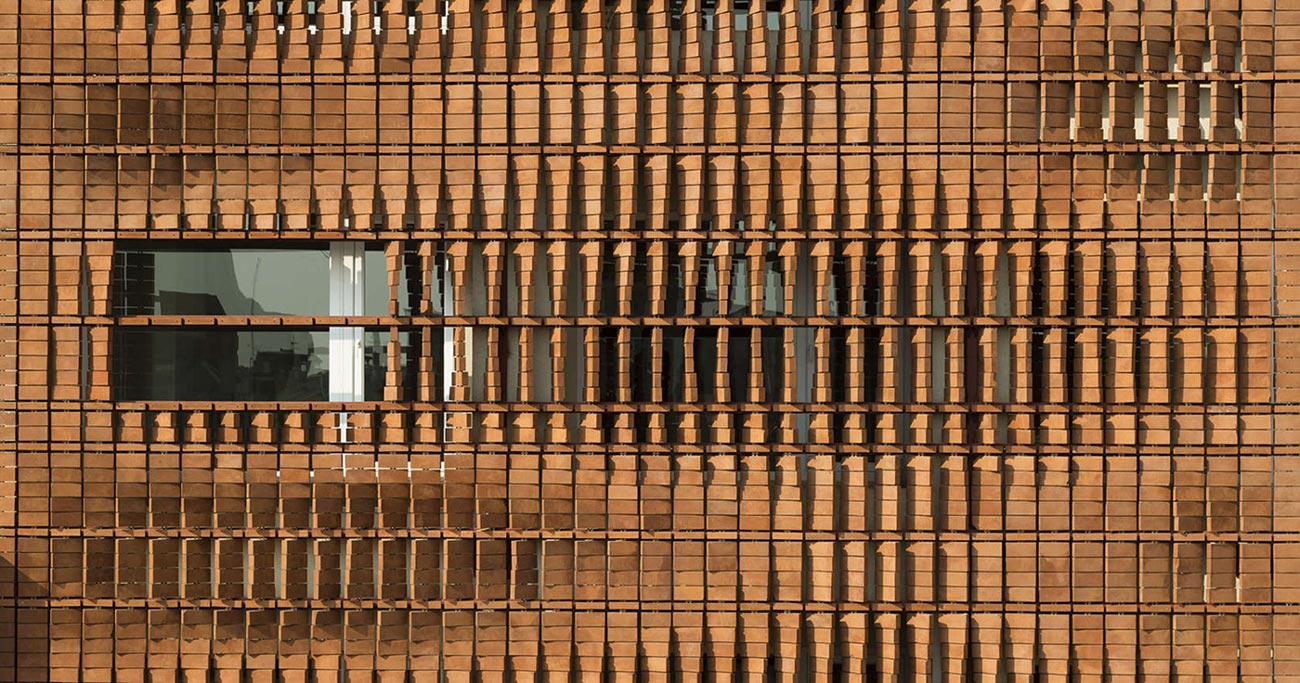 The design team faced several challenges: the structure was built by another team before we were commissioned the job and the strict building codes in Tehran were an issue. 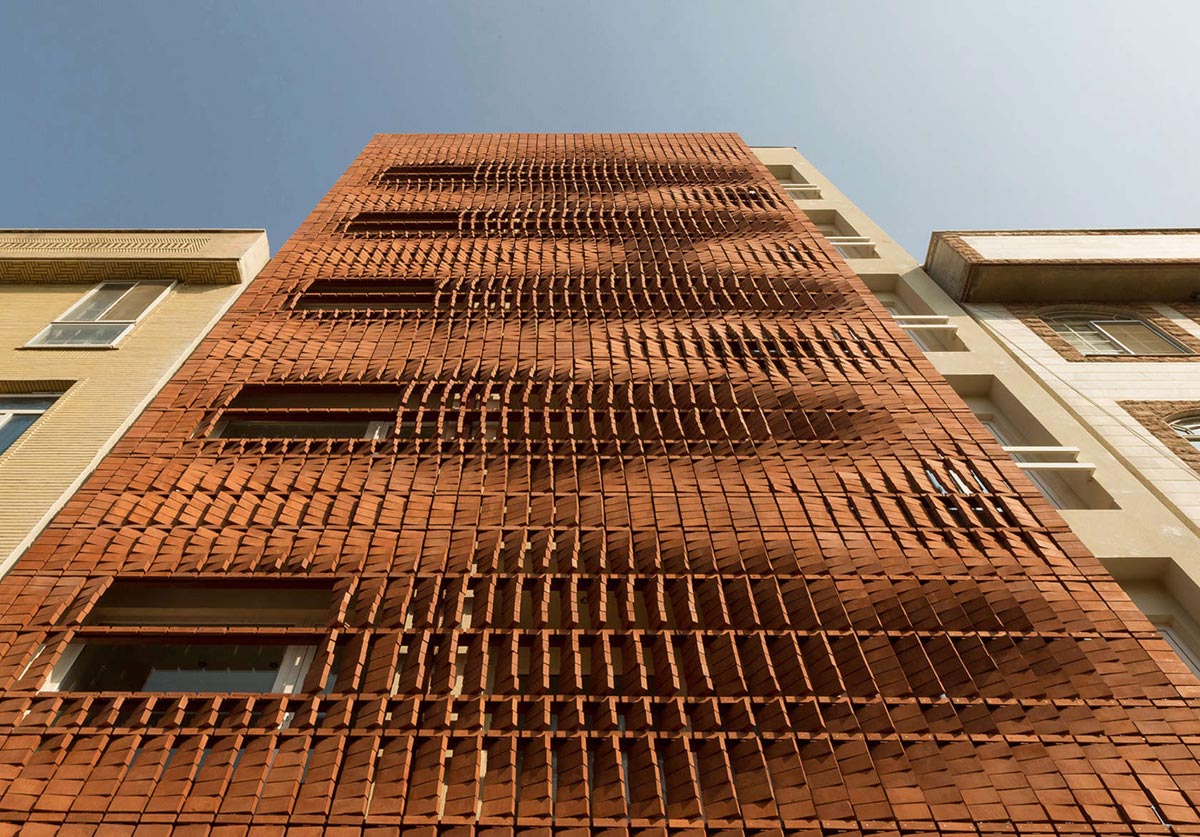 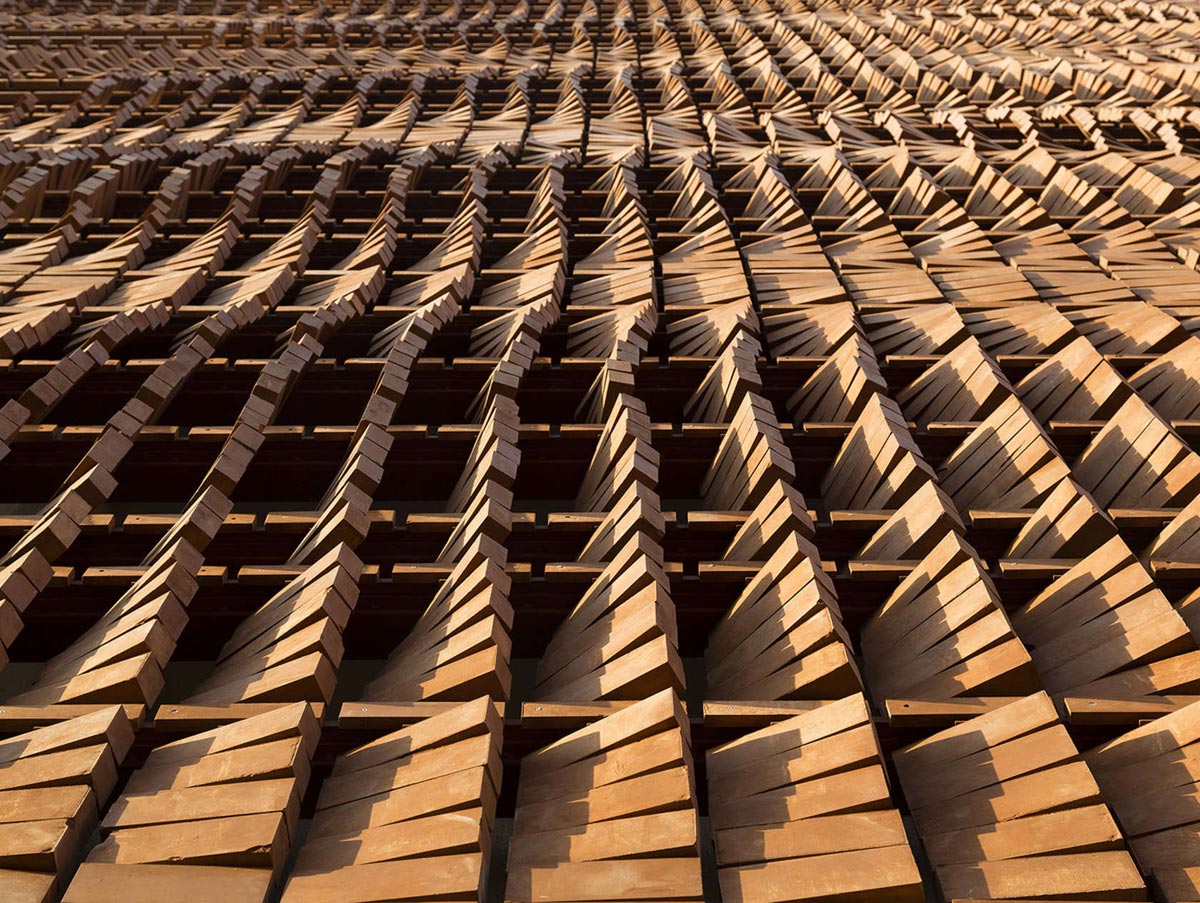 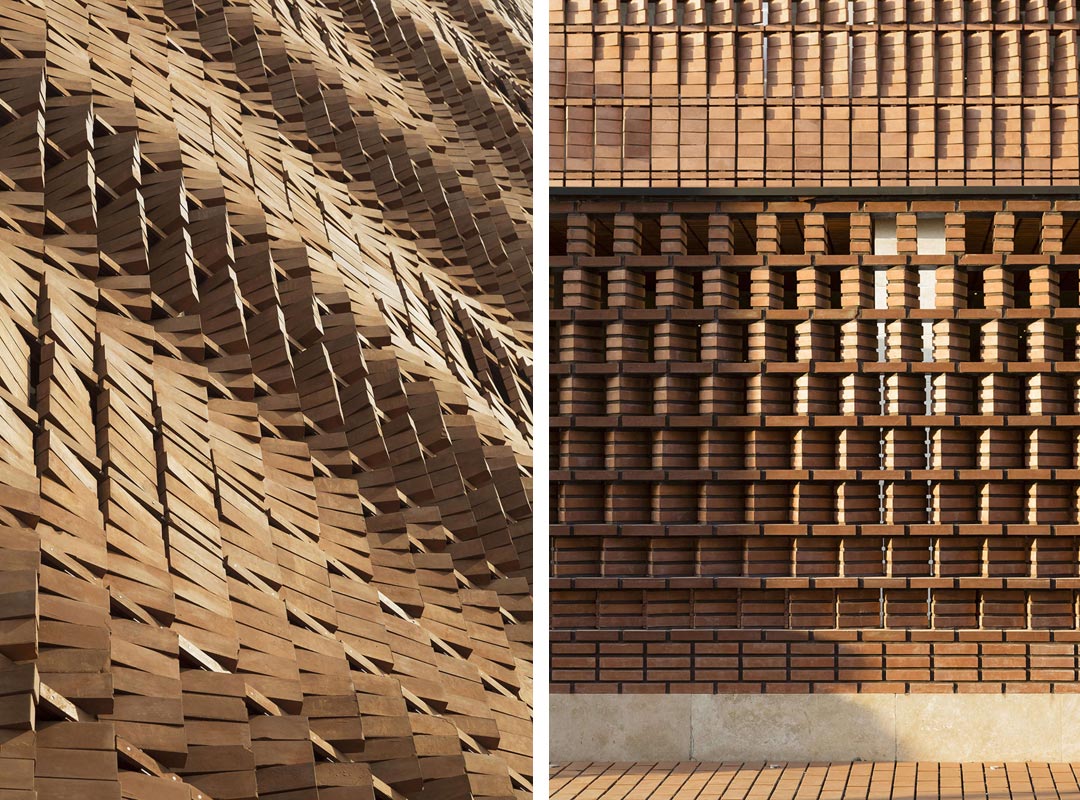 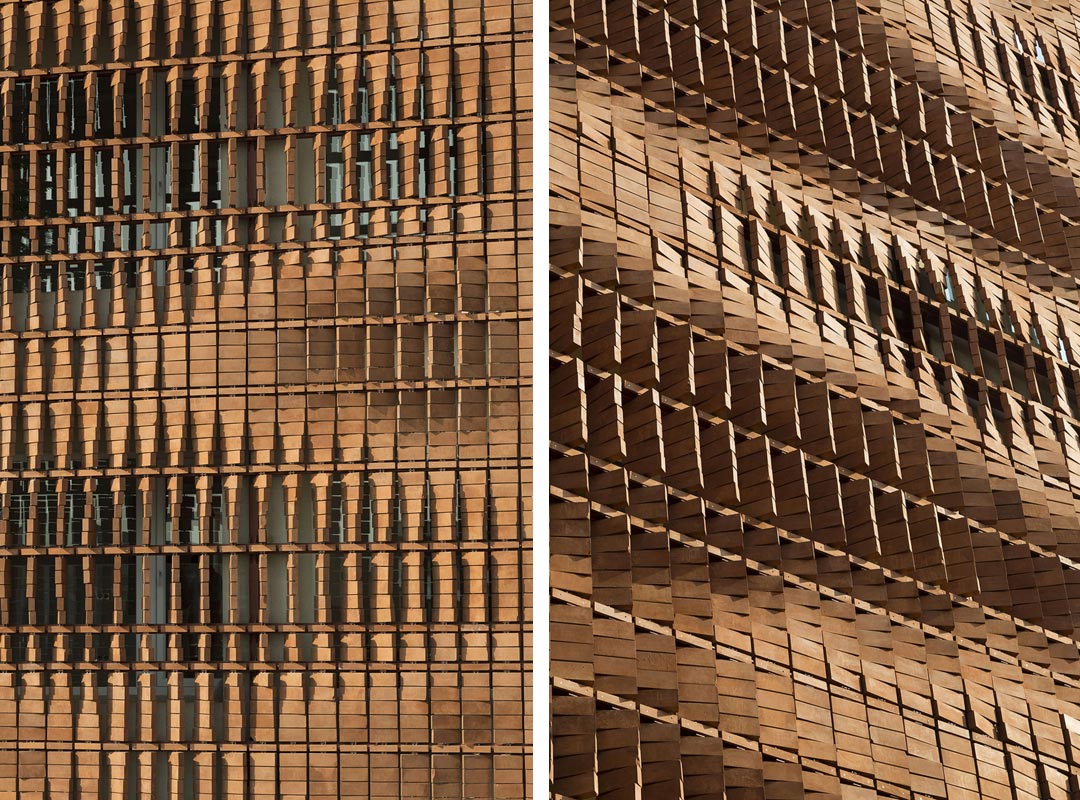 To provide maximum privacy while incorporating other features such as moderating light, limiting views from outside, organizing the chaotic experience of the terraces, and decreasing noise from the high-traffic neighborhood, the solution seemed to lie in covering the architectural mass in a grid of openings. Brick appeared to be a proper choice, since it has always been used as a local building material in Iran and could meet environmental needs while creating numerous aesthetically beautiful textures.

The concept for the façade is inspired from the surrounding neighborhood fabric. The brick texture is a reflection of the context’s chaotic skyline, and the openings are located considering the pleasant and unpleasant neighborhood views. 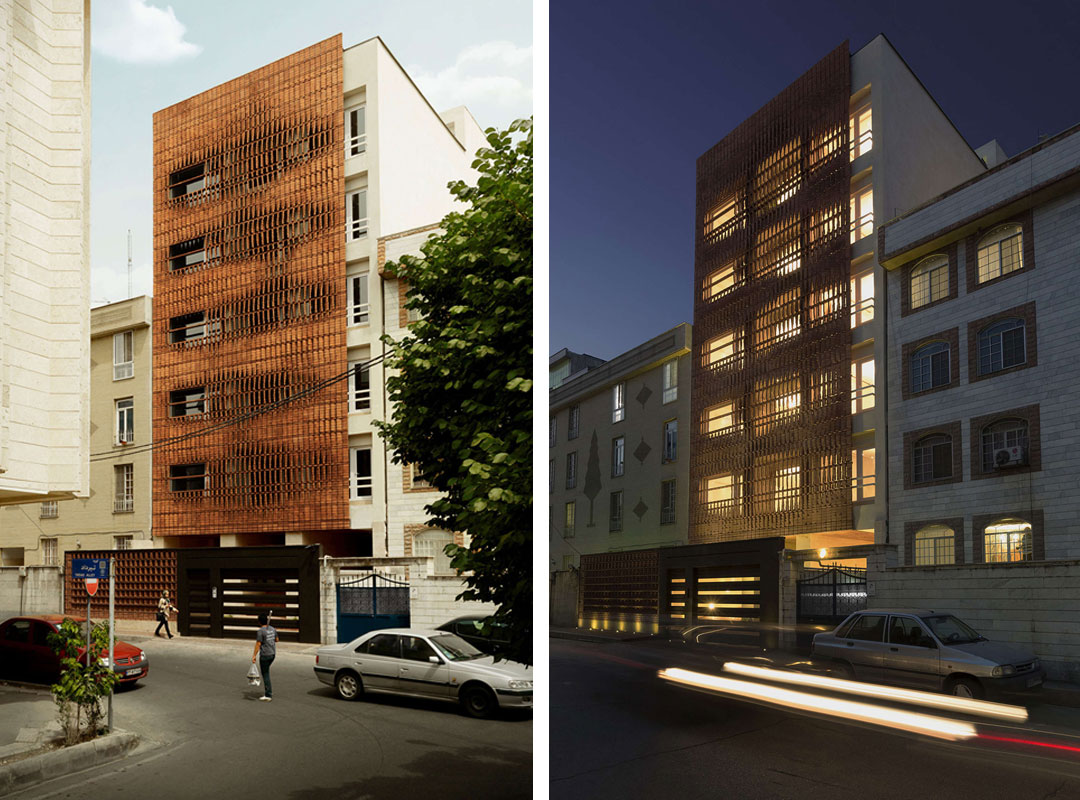 Rotating the bricks provided the opportunity to have various degrees of openings, and the rotation angles are precisely adjusted through a dialogue between inside and outside taking into account sun direction, daylight and the level of distraction from adjacent apartments. Despite the complex form of the façade, the construction process was easily executable by workers through simple instructions prepared by using a coding system.

The design was an attempt at proposing a prototype to address the current issues of residential architecture in the region by building a bridge between old and new, proving how traditional local materials and patterns can be used in new ways. 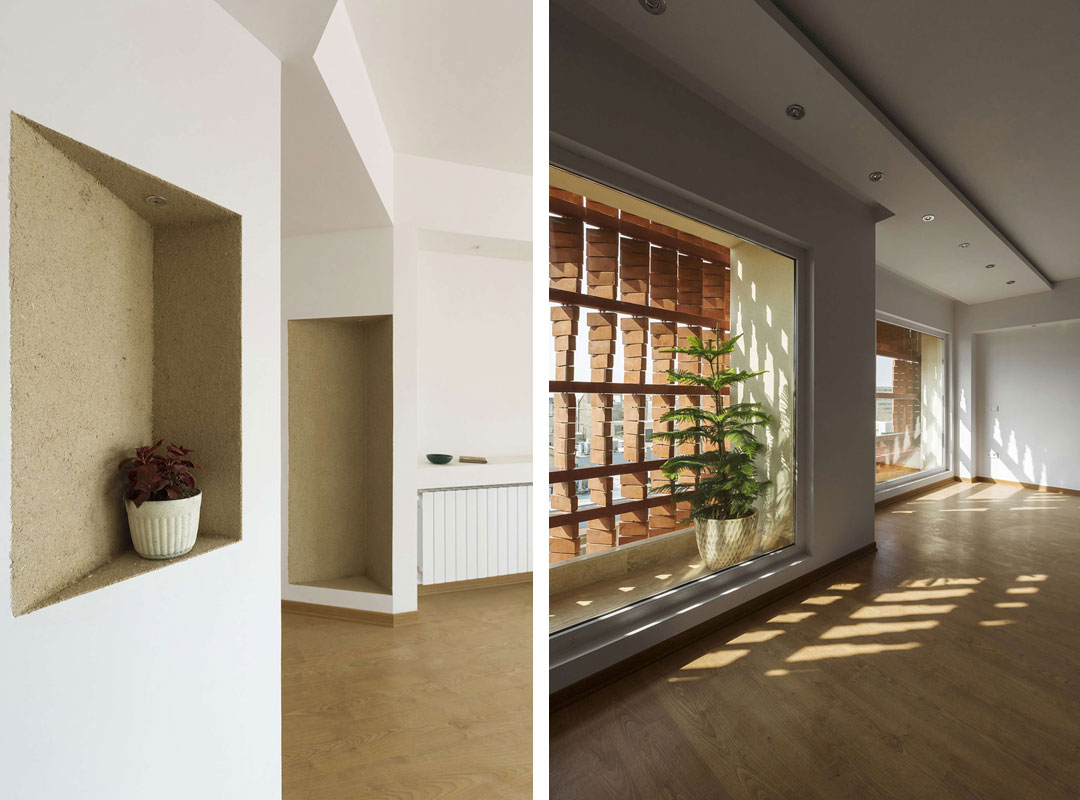