CityTree: a Pollution Absorbing Innovation with the Power of 275 Trees

London is to benefit from a revolutionary new technology – the CityTree – which harnesses the power of nature to remove harmful particulate matter and nitrogen dioxide from the air. 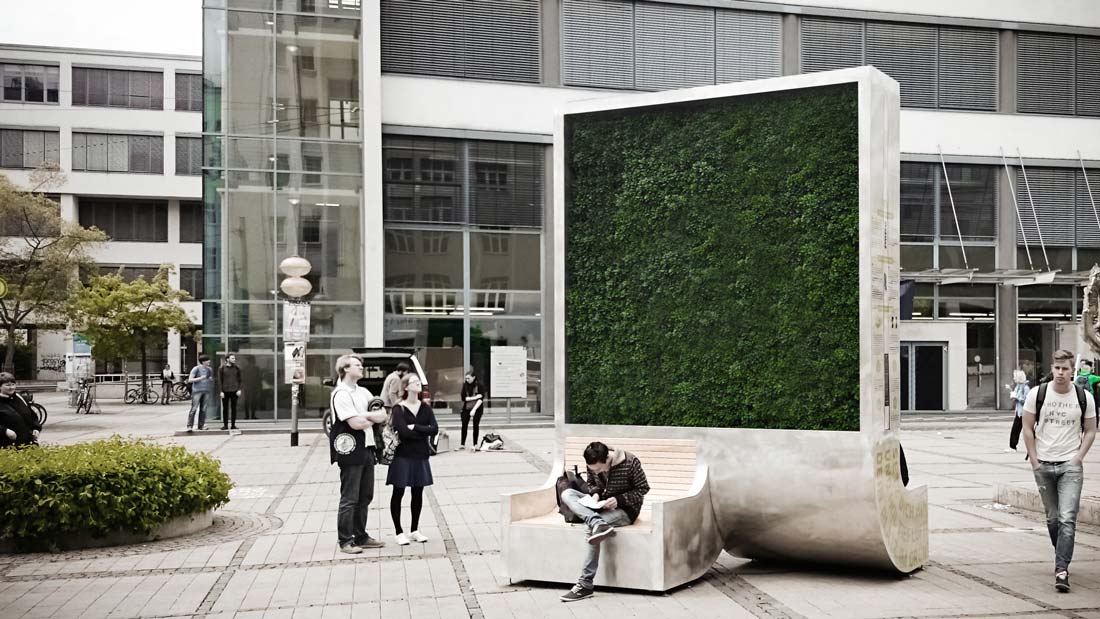 Launching on Glasshouse Street, just off Piccadilly Circus, CityTree is a breakthrough technology designed to specifically combat air pollution and heat in cities. It has been brought to London by The Crown Estate, with the support of Westminster City Council, and cleantech company Evergen Systems, the exclusive UK supplier of CityTree.

Delivering 275 times the air-cleaning capability of a single tree, CityTree is a pioneering technology, which takes just 1% of the space that would be needed to achieve the same results using real trees.

What makes CityTree unique is its combination of mosses, which are naturally powerful in absorbing pollution and particulates, and plants, which provide the shade that mosses need to thrive in an urban environment. The CityTree also has built-in watering and IoT monitoring, which maintains and measures the performance of the living structure.

The London trial will see CityTree tested on the streets of the West End and comes following successful launches in cities across Europe including Berlin, Paris, Amsterdam and Oslo.

Yesterday, an unprecedented four House of Commons committees joined forces to demand the Government address the “national health emergency” of poor air quality. Air quality is already an established priority for the Mayor of London, where the city consistently breaches legal annual air pollution limits within the first few weeks of the year.

Cllr David Harvey, Cabinet Member for the Environment, Sport and Community at Westminster City Council said: “It will be fascinating to see what impact the CityTree has on pollution in the local area. This is just one example of the new technology we want to test across Westminster. Air quality is the number one concern for our residents and with over a million people moving into and travelling to our neighbourhoods each day it is crucial that we make more strides to clean up our air and tackle poor air quality for residents and visitors alike. 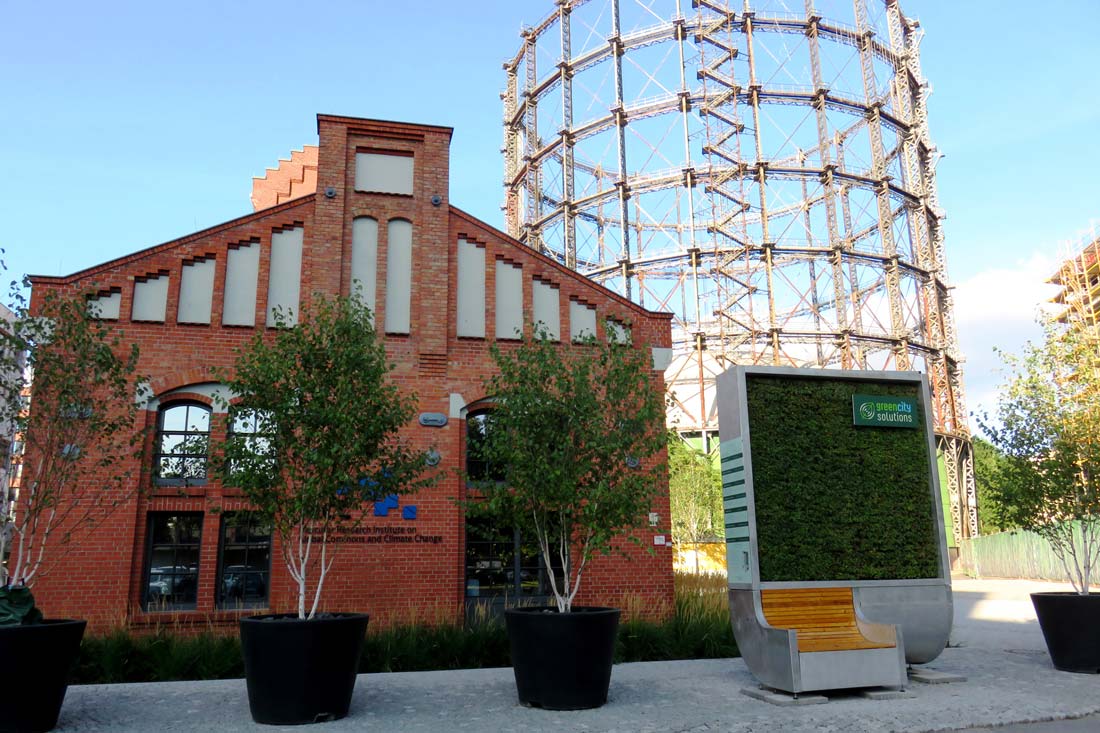 “There is no simple solution, so alongside our work to reduce carbon emissions from our buildings and reduce the number of vehicles on our roads, we want to test and learn from new technology”

James Cooksey, Director of Central London at The Crown Estate 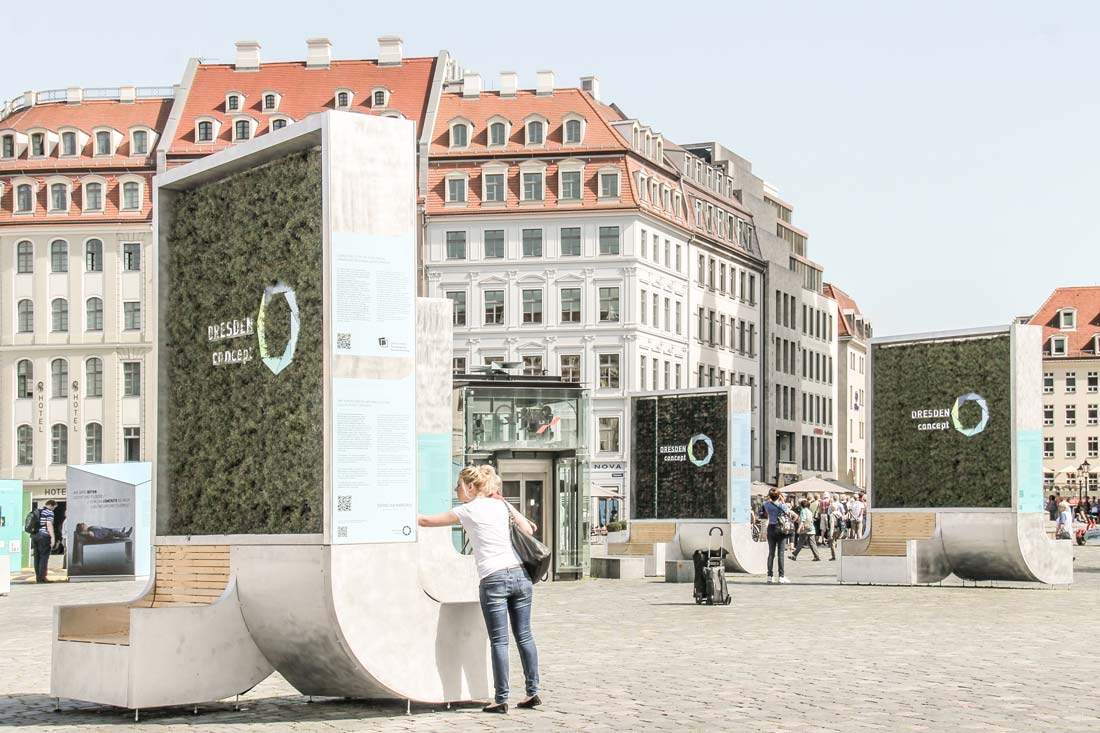 “It is going to take a wide range of measures to tackle pollution in central London. The 10 pledges set out in our Air Quality Agenda outline policies to make a real difference. Whether it’s reducing the number of dirty journeys, introducing new cleaner technology or encouraging better habits, we want Westminster to be an example for cities across the world.”

James Cooksey, Director for Central London, The Crown Estate, adds: “As one of central London’s major landowners, we want to play our role in improving London’s air quality to ensure our city remains a brilliant place for everyone who lives, works and visits here. There is no simple solution, so alongside our work to reduce carbon emissions from our buildings and reduce the number of vehicles on our roads, we want to test and learn from new technology.

“That’s why we’re delighted to be launching the first CityTree in London with the support of Westminster City Council and Evergen. Its arrival in London is testament to the power of partnership, and it is partnerships like this which will play a vital role in tackling pollution in our city in the future.” 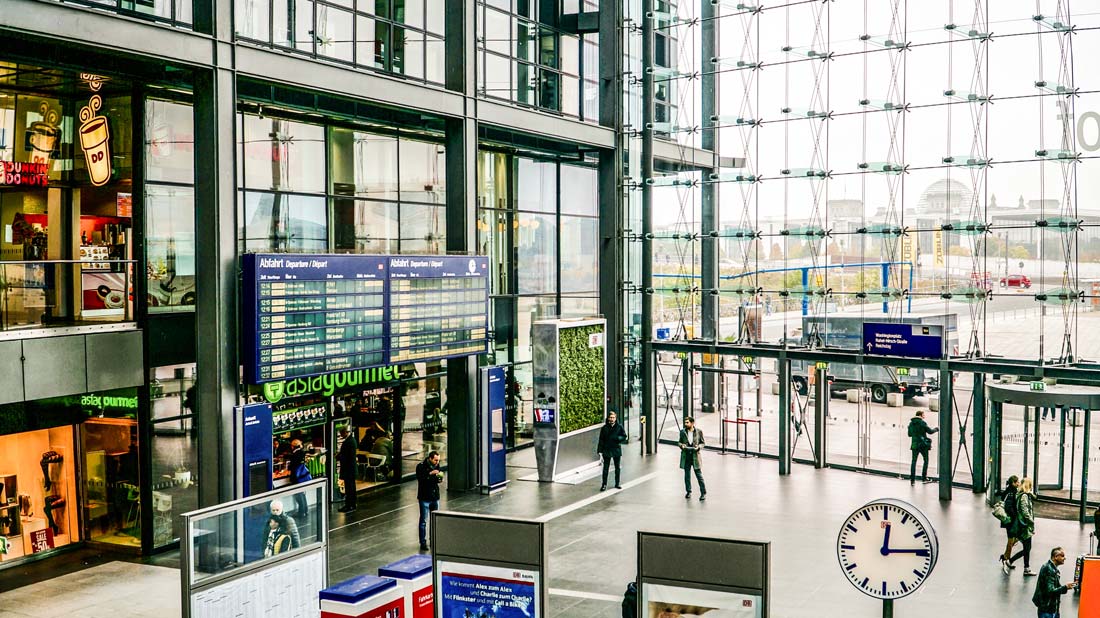 The technology has been developed by Green City Solutions in Germany and is billed as the world’s first intelligent biological air filter. It works by creating an environment for specially cultivated mosses to thrive in urban conditions. The ability of certain moss cultures to filter out and absorb air pollutants such as particulates and nitrogen dioxide makes them ideal air purifiers – but in towns and cities where air pollution presents the greatest challenge, mosses are barely able to survive, due to their need for constant water and shade.

The vertical living wall of mosses with protective shade-giving plants, a fully automated supply of water and nutrients, and cutting-edge Internet of Things (IoT) technology has solved this problem. At the same time, air quality, filtering performance and the plants’ requirements can be remotely monitored and analysed.

The installation powers itself via solar panels, and rainwater is collected and automatically redistributed using a built-in irrigation system.

Each CityTree is capable of reducing particulate matter by up to 30% and is particularly effective in pollution hotspots and areas with high dwell-time. The wall of irrigated mosses also produces a cooling effect on the surrounding area, helping to combat the urban heat island effect. 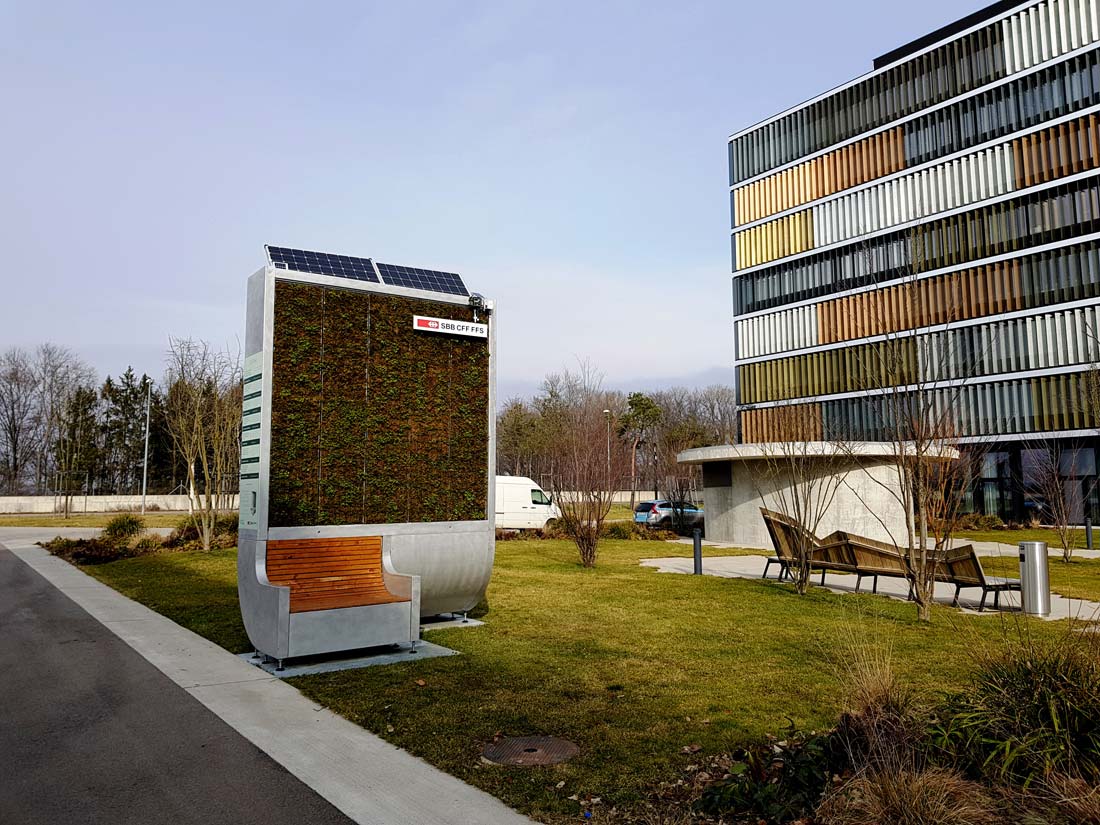 “In a short time, the CityTree has already become established as an effective way to create clean air environments in some of Europe’s most polluted cities. We are delighted that London can now be added to this list and hope to see many more CityTrees across the country in the years to come.”

“In 2016, we started looking into technologies for cutting air pollution. Getting the CityTree to London has been a two-year journey and we are very excited about the future for clean air in our towns and cities.” 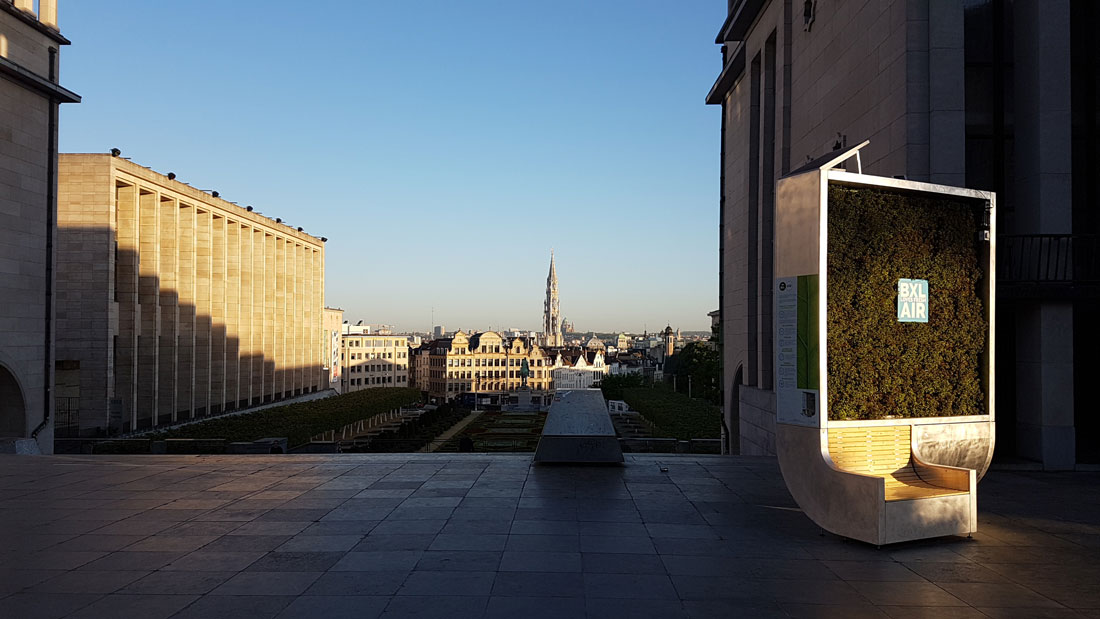