An 8-meter black and white canvas with a direct message “Children are dangerous” was hung at the top of the stairs along the square in front of the main entrance to the I Lyon Architecture Biennale.

This provocative message was intended to create a debate about the role children play in the creation of the cities we live in and their relation with the powers that decide on city design understood in terms of spaces, but also how the city can be used and by whom. 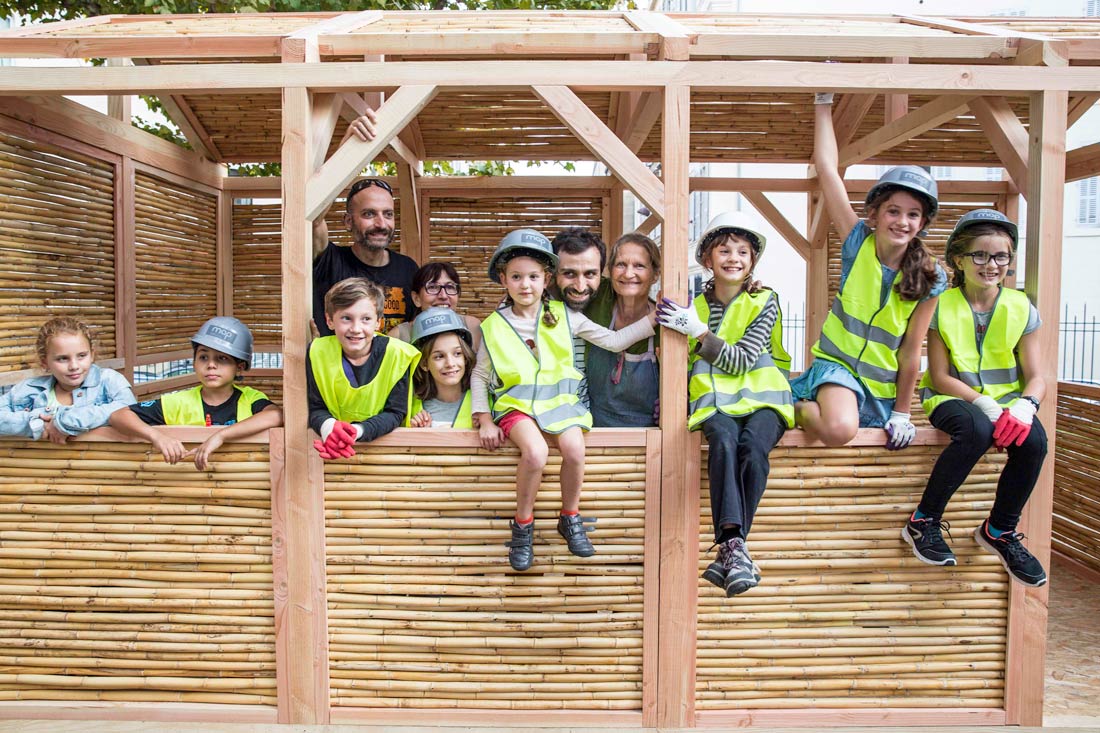 These reflections were inspired by the work of Francesco Tonucci and his La città dei Bambini.

Because they are citizens who still dream of green cities, happier cities, not only for them, but for all!
Because children ask us about aspects of the city that adults take for granted; They do not accept the model of the present city as an unalterable entity.
Because they are not afraid to imagine diversity.
Because their apparent simplicity shatters a useless complexity.
Because they have the ability to reinvent parts of the world without prejudice.
Becaused they are courageous and contagious!
Because their point of view can help us imagine cities that are easier to live and introduce new perspectives in the urban debate.
Because listening to them is a way of bridging the distance between city planners and administrators and citizen users.
Because they can help us to adopt a new point of view regarding the city, its neighborhoods, its public spaces: a funny, curious, innovative and audacious point of view!

Are we, the politicians, the city planners, the local administrations, and adult society in genearl, ready to listen to them in order to plan happier cities together or ARE WE AFRAID OF CHILDREN?