This house was built in the north of Portugal, in a rural settlement that began at the foot of the hill and expanded toward the plain, which was used as arable land, and then extended to the sea. 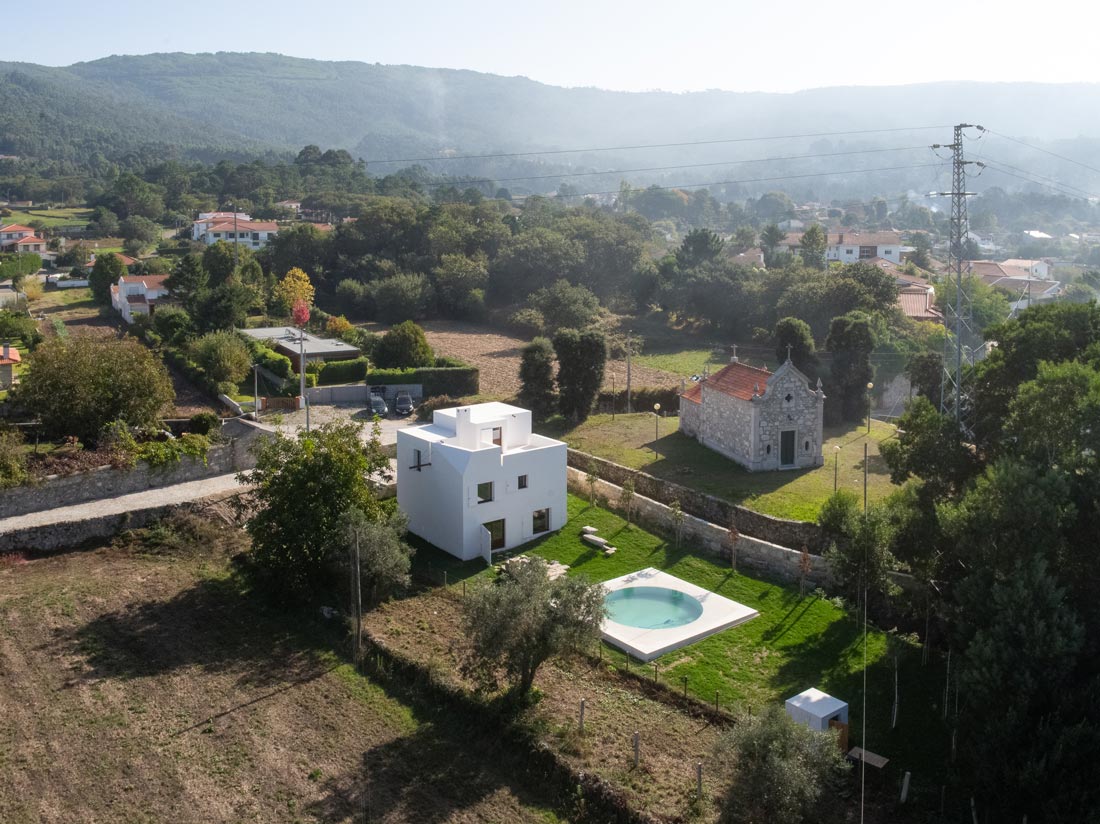 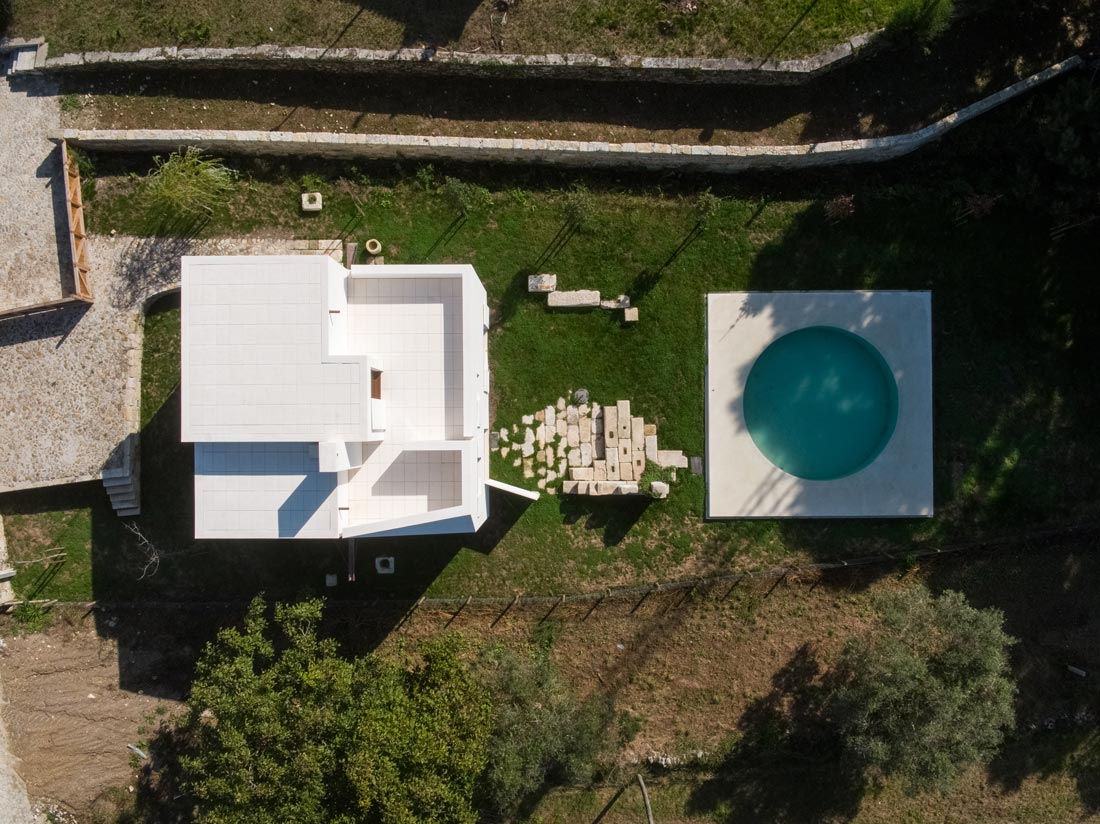 The land is separated from a chapel by a walkway that stands on a base of granite walls with its entrance facing west, and is a commanding presence in the area. This had an influence on the project, particularly as regards the design of the volume, its implementation in the space, and the definition of the constructive details. The house sought not to disturb the harmony of this religious space. At the same time it did not want to be submissive to its presence. 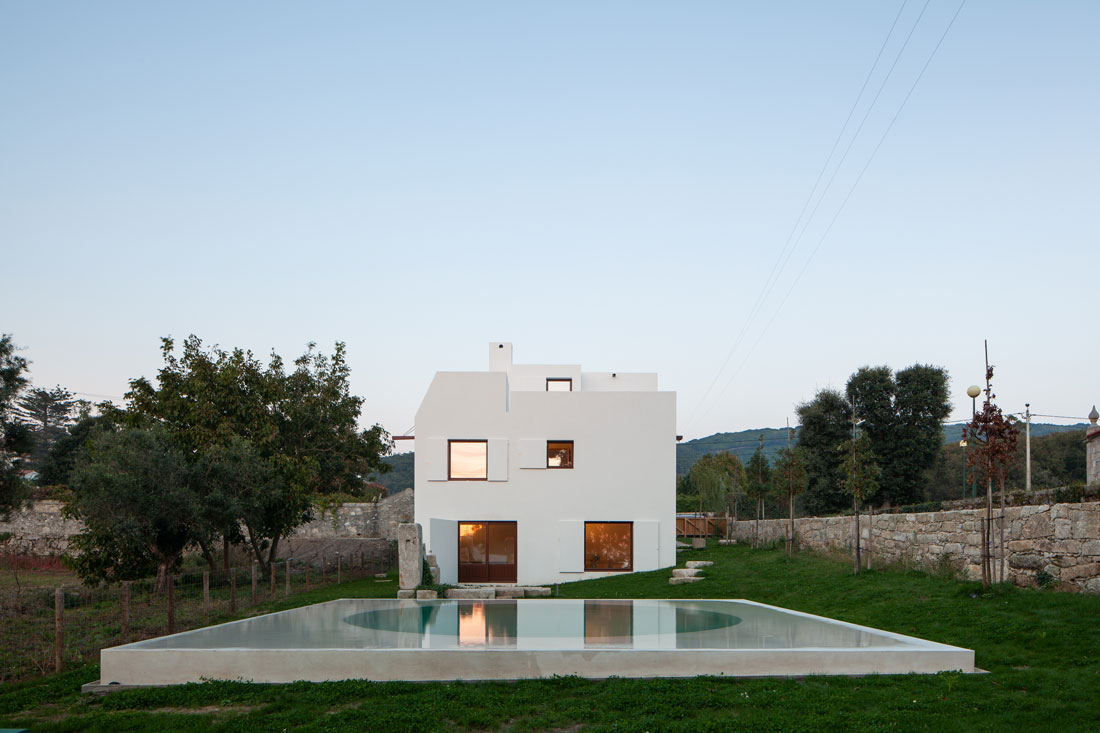 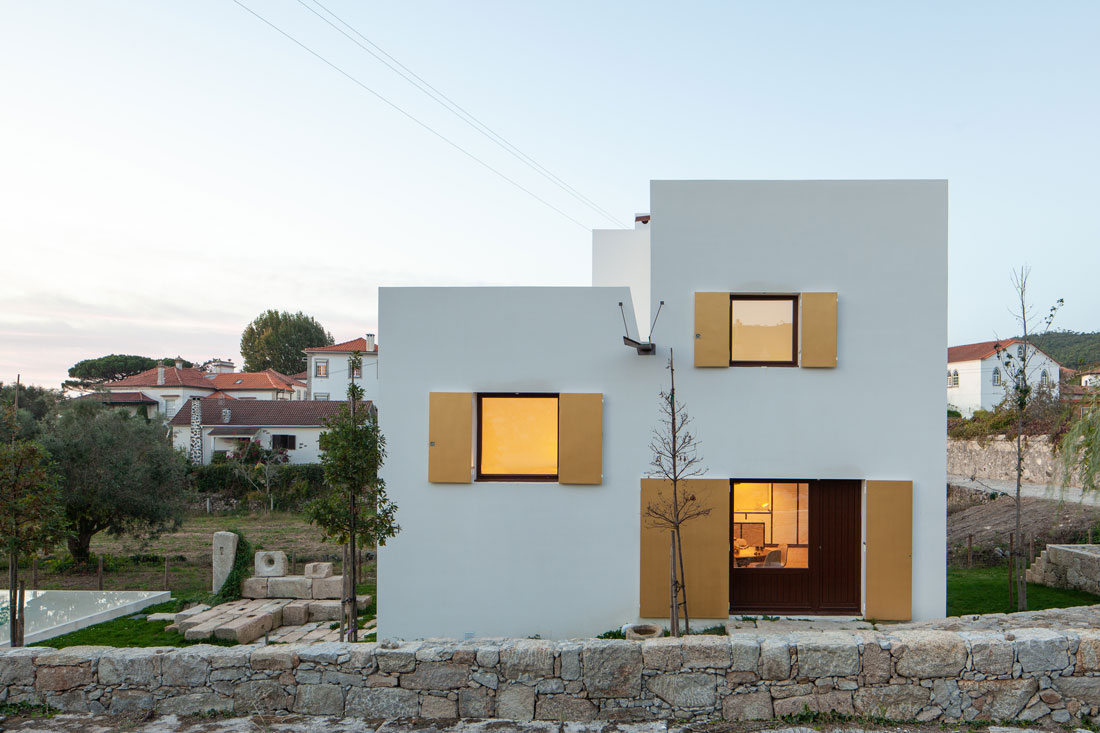 A square floor plan was defined and repeated in the swimming pool and in the space between both. The regular volume, compact and vertical, evokes the essence of a traditional construction in the region of Minho. 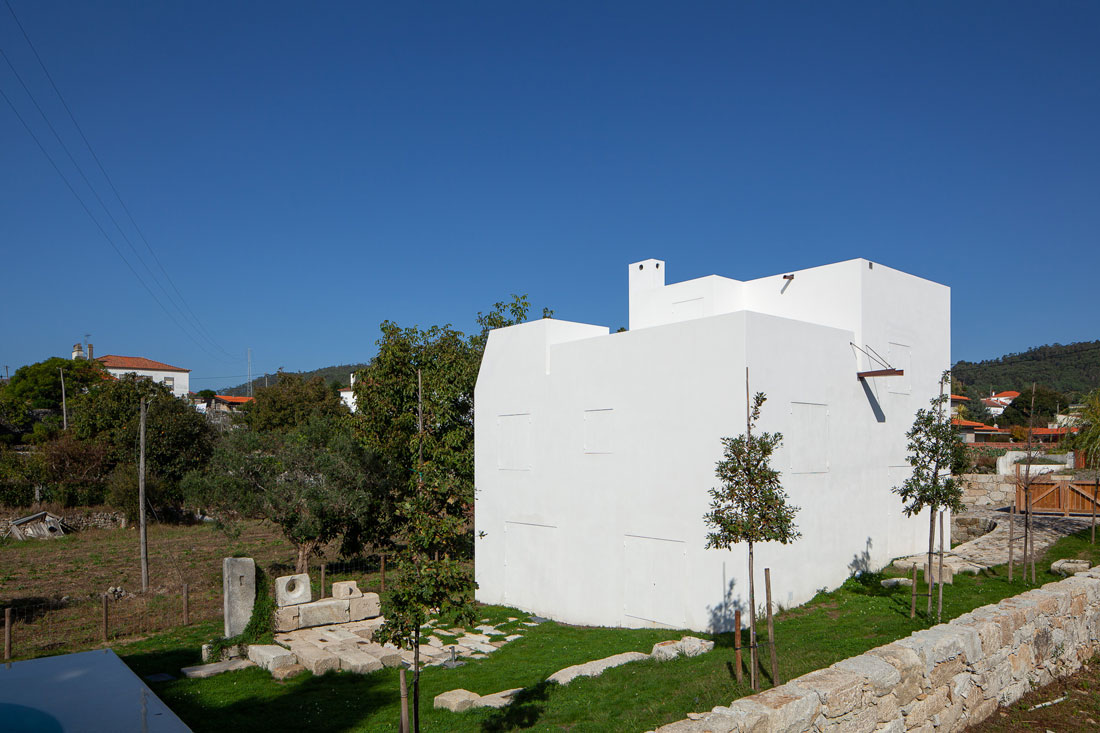 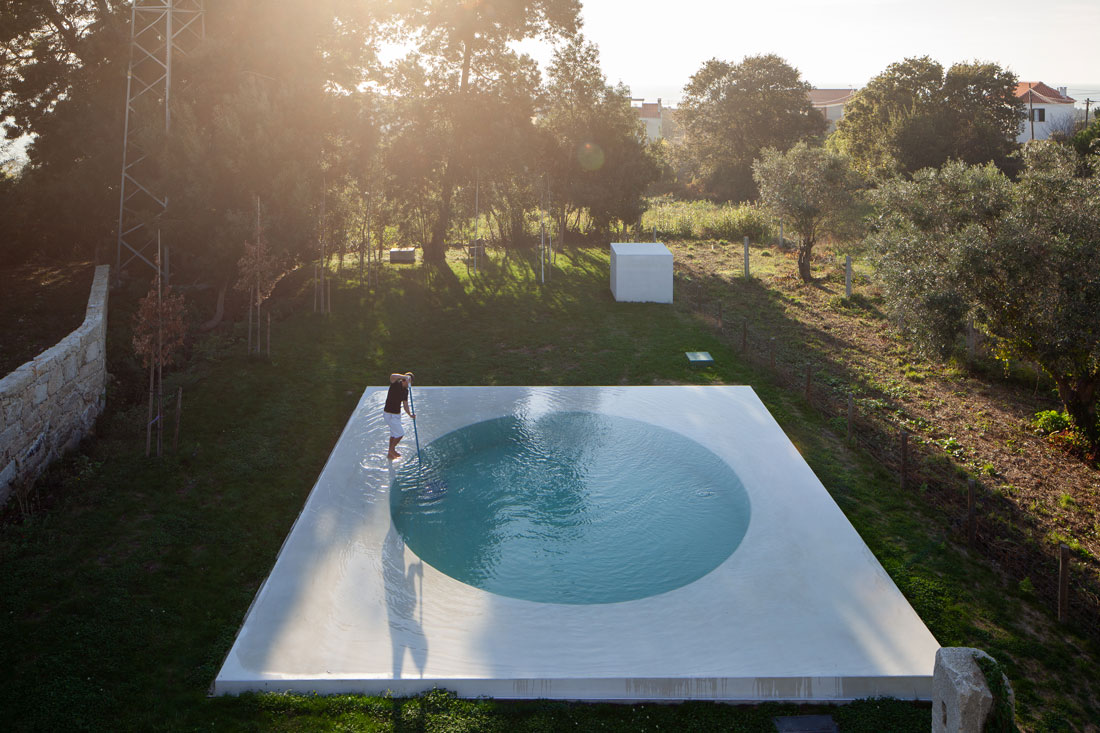 Another of the project’s aims was to respect the natural topography of the land. In order to do so, the building was adapted to the existing elevations through half floors, which provided a direct relationship with the exterior on the south and west sides of the house. The useful space was capitalised on by the installation of the ladder in the center so as to minimise the circulation areas and promote the path that culminates in the roof terrace – the fifth elevation – where the discrepancy between the levels is clear through the volumetric organisation. Analysing it a posteriori, this association of spatial elements carries with it some ‘Loosian’ reminiscences. 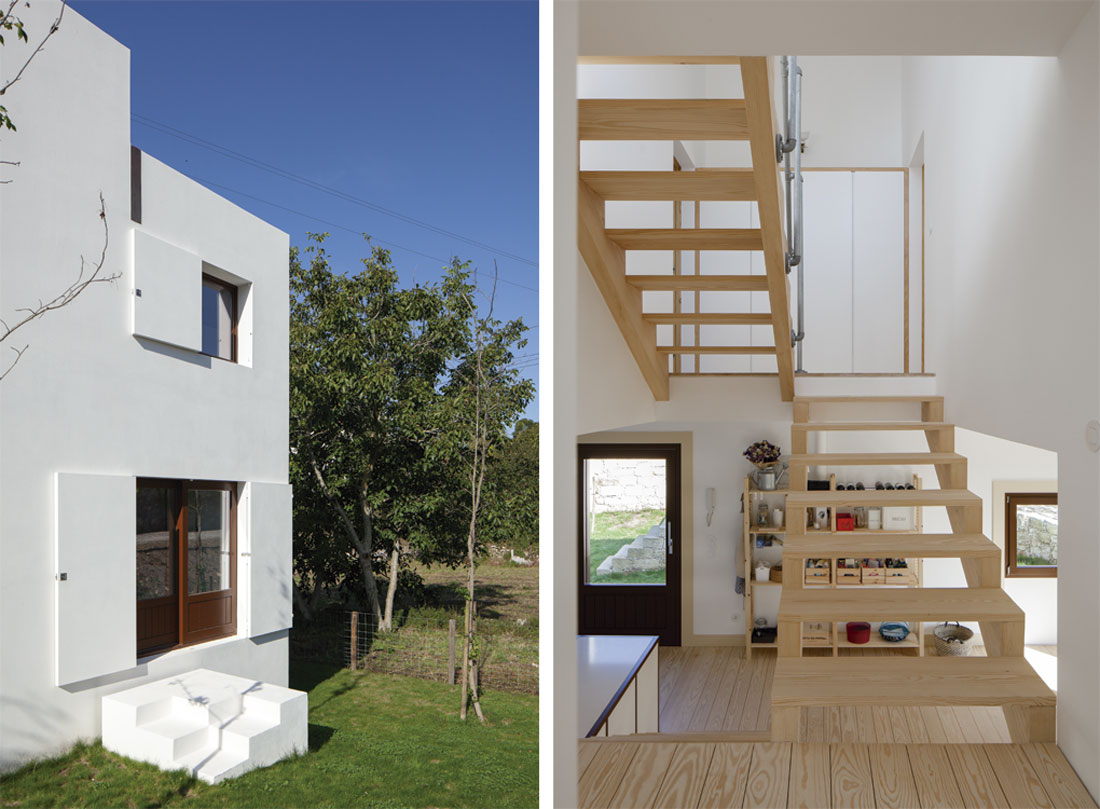 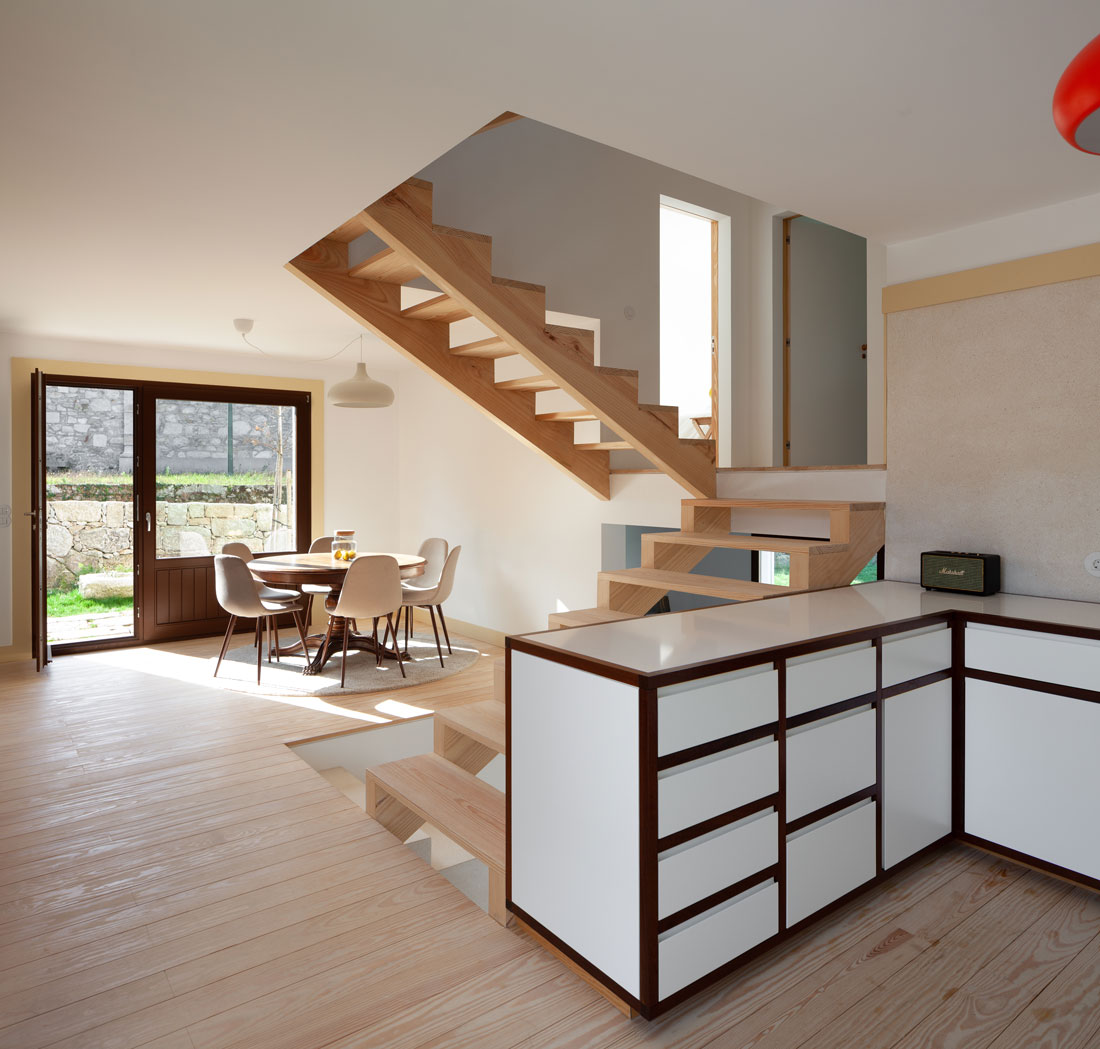 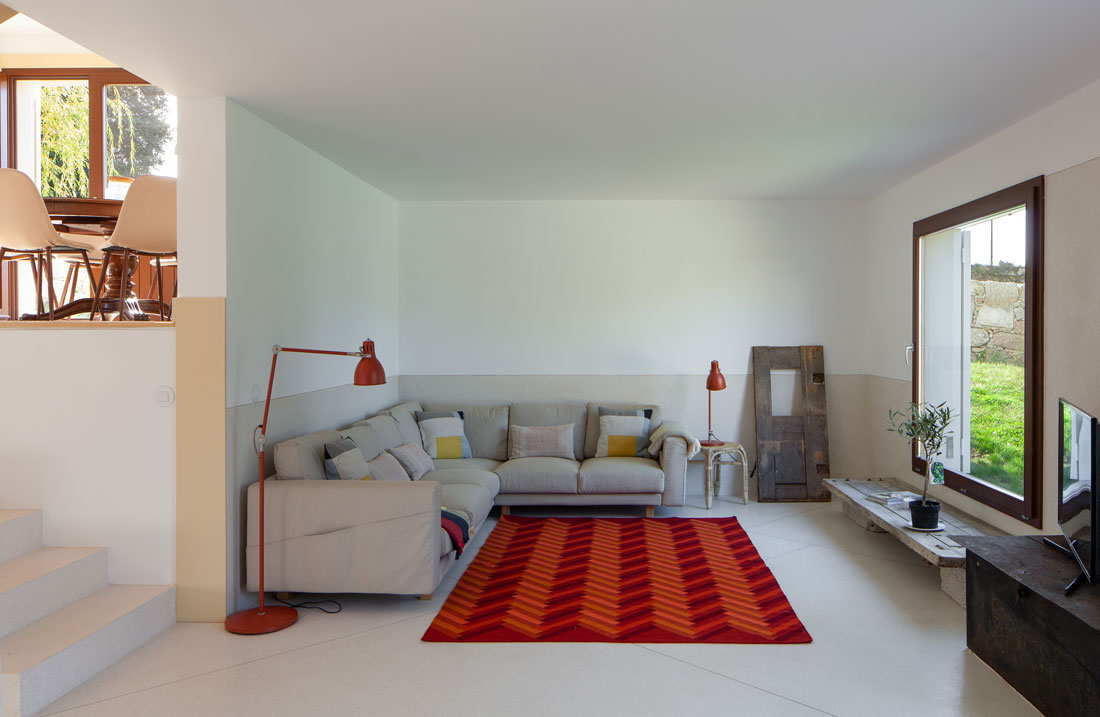 There is a strong contrast between the exterior and the interior. The façade functions as a shell that occasionally allows contact, through openings, between the house and the world. 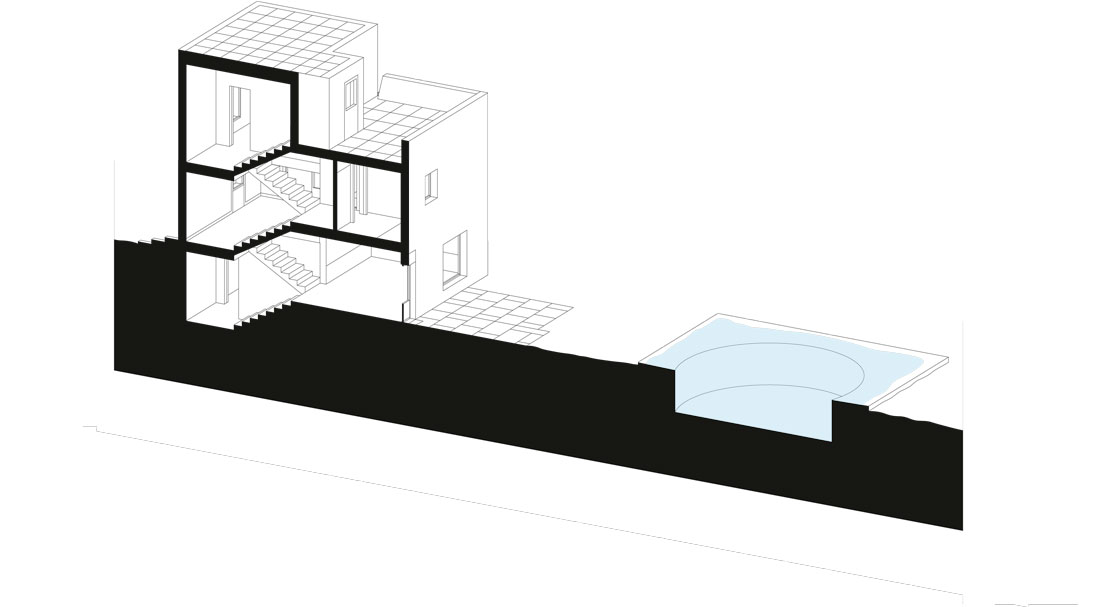