Remodel of the Archaeological Natural Site of Can Tacó: a Viewpoint on a Roman Settlement

Built by successive terracing and partly made of local llicorella stone, what was once an important settlement prior to the construction of the Via Augusta is today a natural outlook over the region of El Vallès. 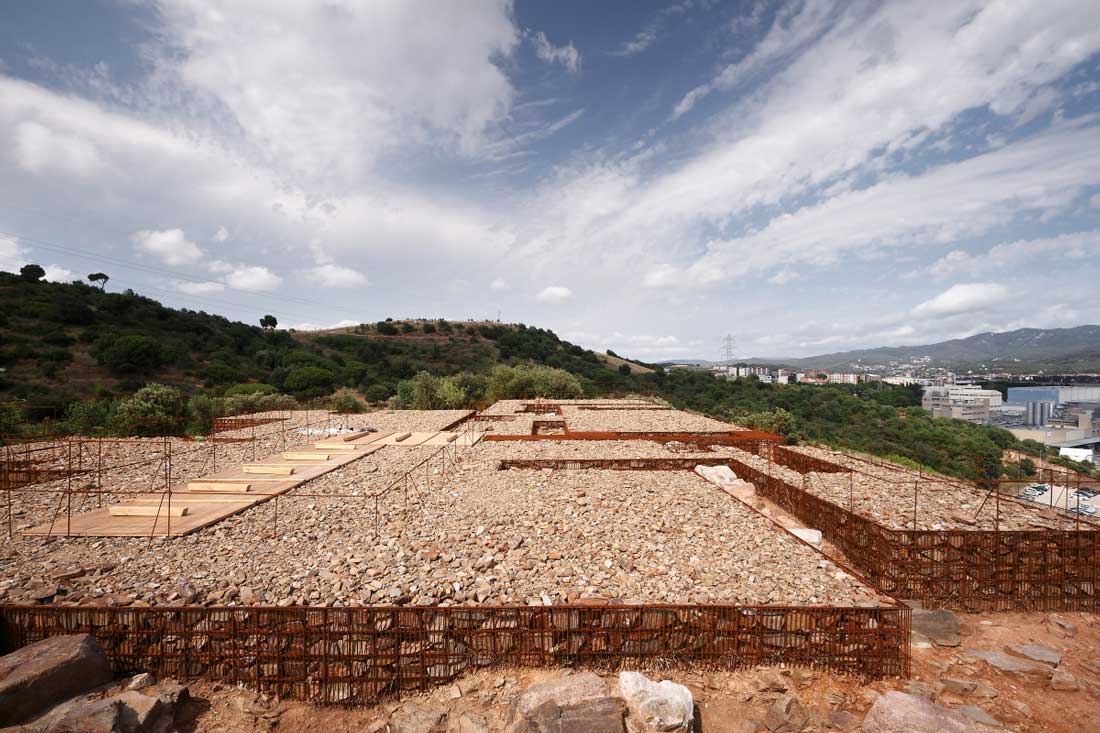 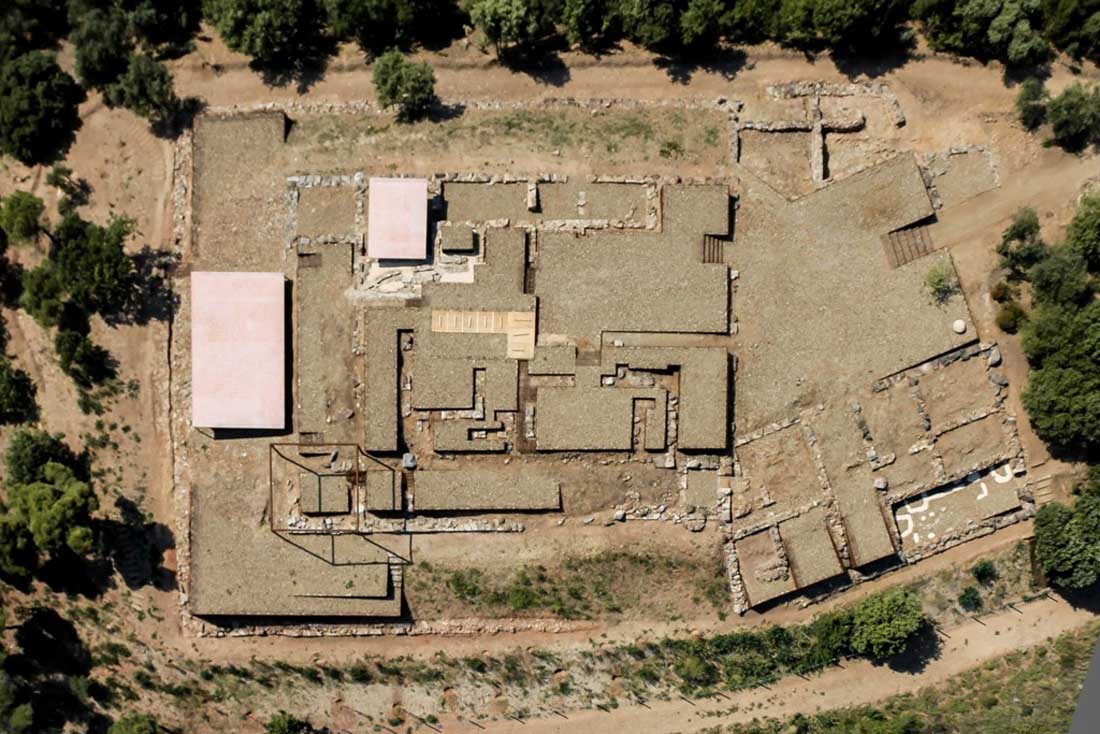 The archaeological Roman site of Can Tacó is located on the Turó d’en Roina, facing south and 50 meters above the point where the Congost and Mogent Rivers meet to form the Besòs River, 20km from its outlet into the Mediterranean Sea.

This place is part of the complex called Els Turons de les Tres Creus, a natural center that structures the biodiversity of a highly fragmented metropolitan area. Its unique situation called for the need to project the refurbishment of both areas of interest: the naturalistic and the archaeological. 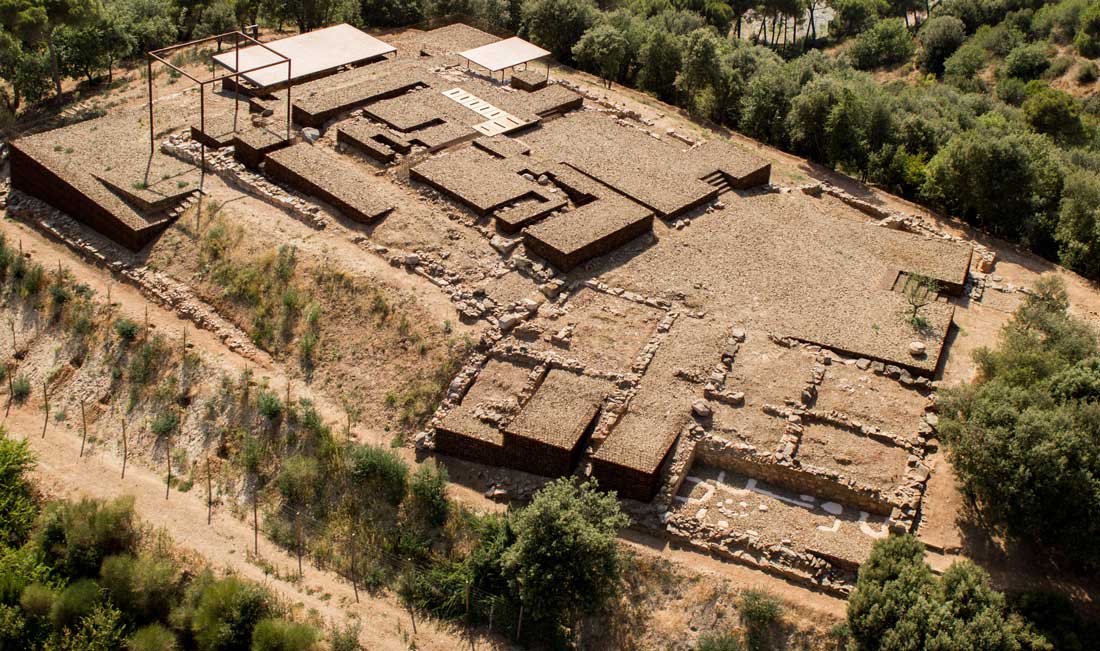 Walking through a small wood full of oaks, at the end of a tranquil winding path, we discover the remains of a historical Roman villa, where the strong geometry of its former spaces is visible and where areas of historic interest deserve to have their value highlighted. 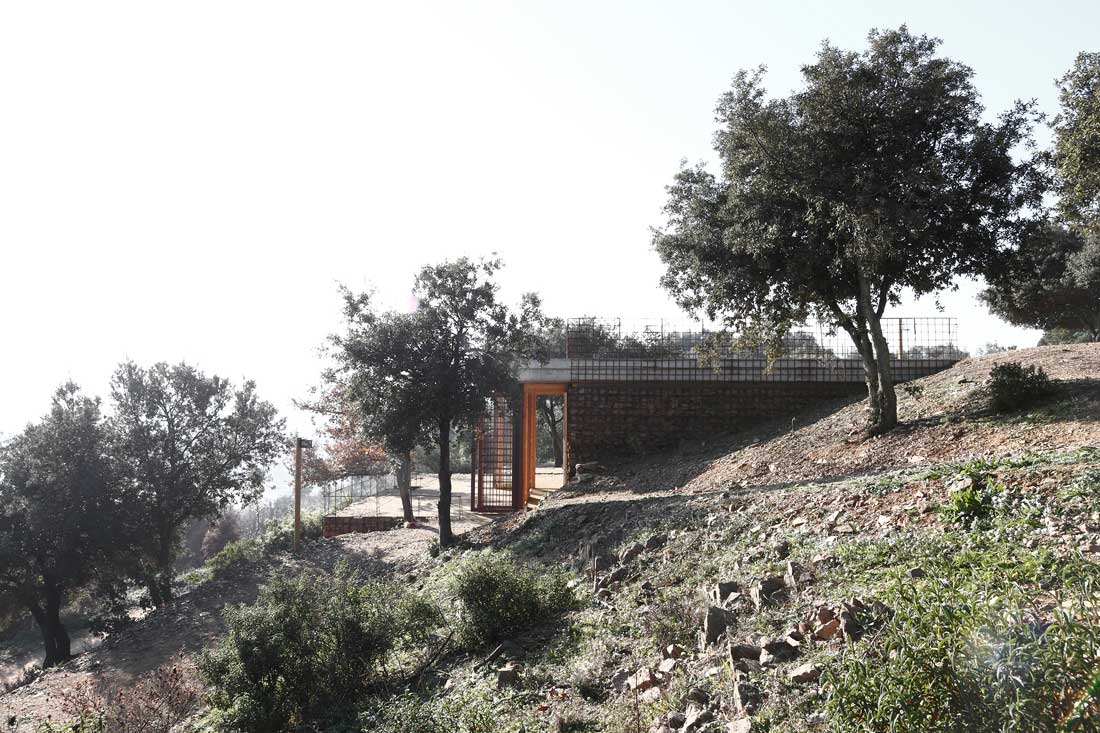 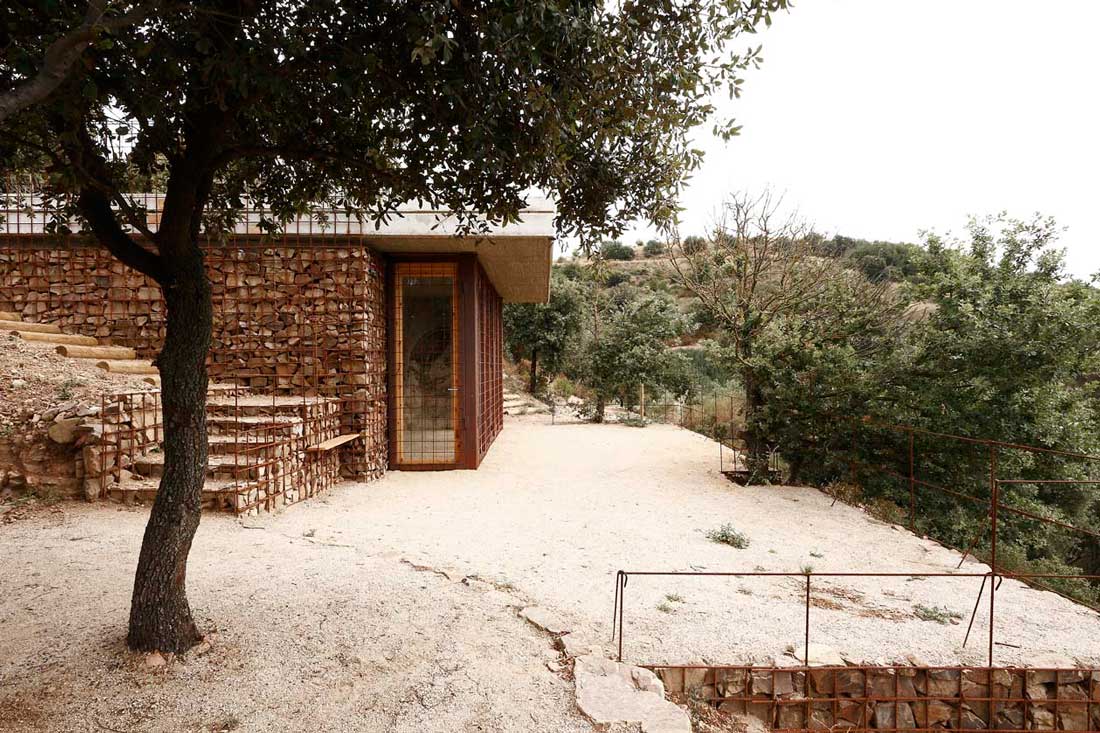 The project centers on the backfill of the Roman ruins, enhancing the content (the space) and highlighting the container (the walls). The ground that over time had covered the remains was removed during the archaeological excavation, stored on the site and later used as one of the main building materials. Therefore, this earth, just like the gravel and the rocks from what is thought to have been a Roman quarry, is selected and tidied up with a new arrangement, giving it a new purpose. 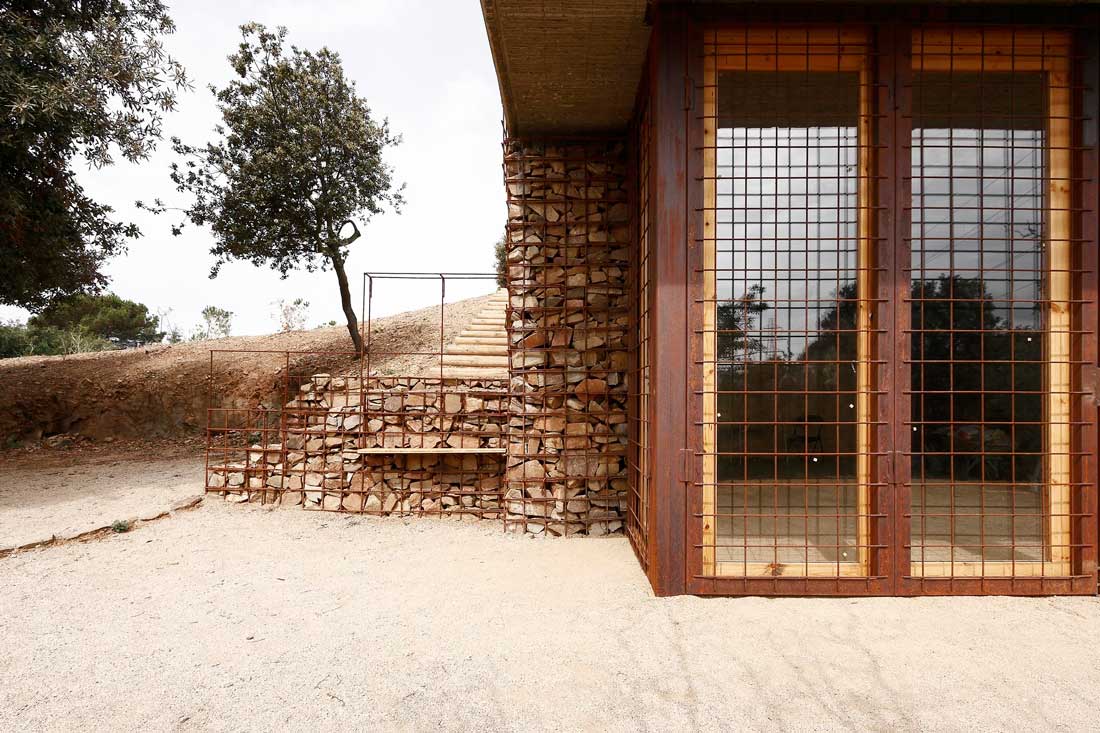 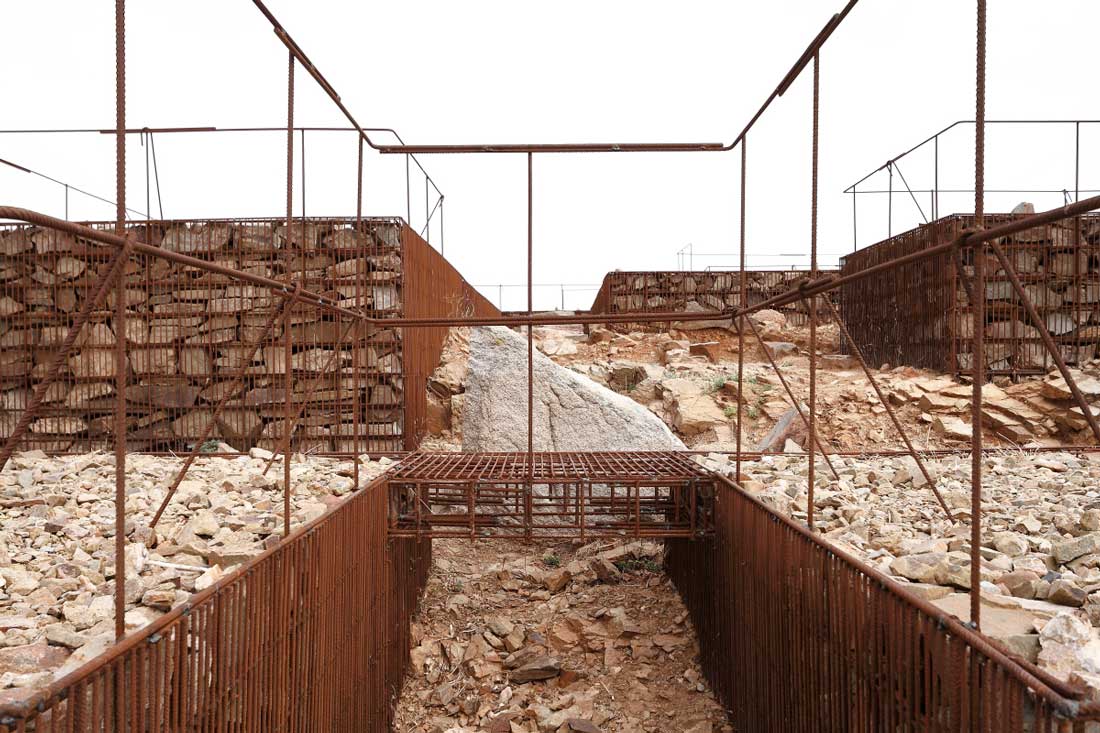 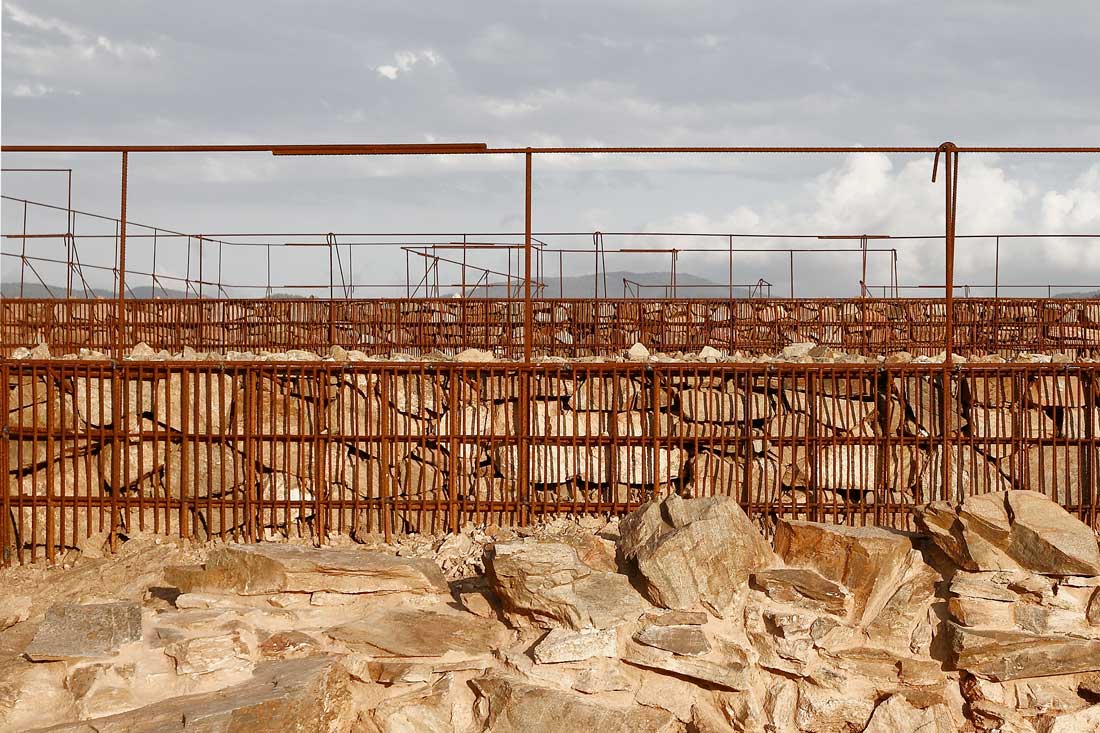 A first layer of steel mesh contains the new stones and subsequently soil and gravel. Together, they reproduce the successive horizontal planes where the Romans once circulated. A second denser and thinner mesh is arranged like a curtain, a backdrop against which the various archaeological remains are projected. Consequently, stone and steel, mountain and industry coexist in these landscapes of accumulation, creating a dynamic contact between fragments: interpreting the preexisting, enhancing and activating, adding and not erasing, and at the same time co-evolving with the environment trying to optimize resources. 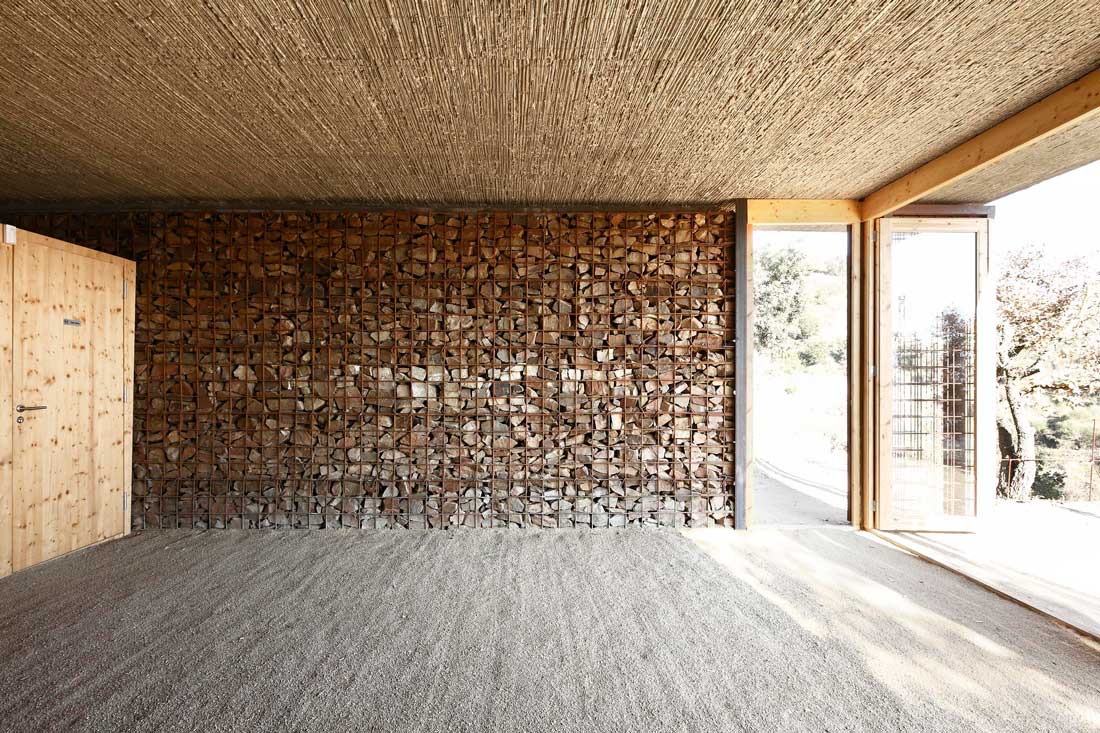 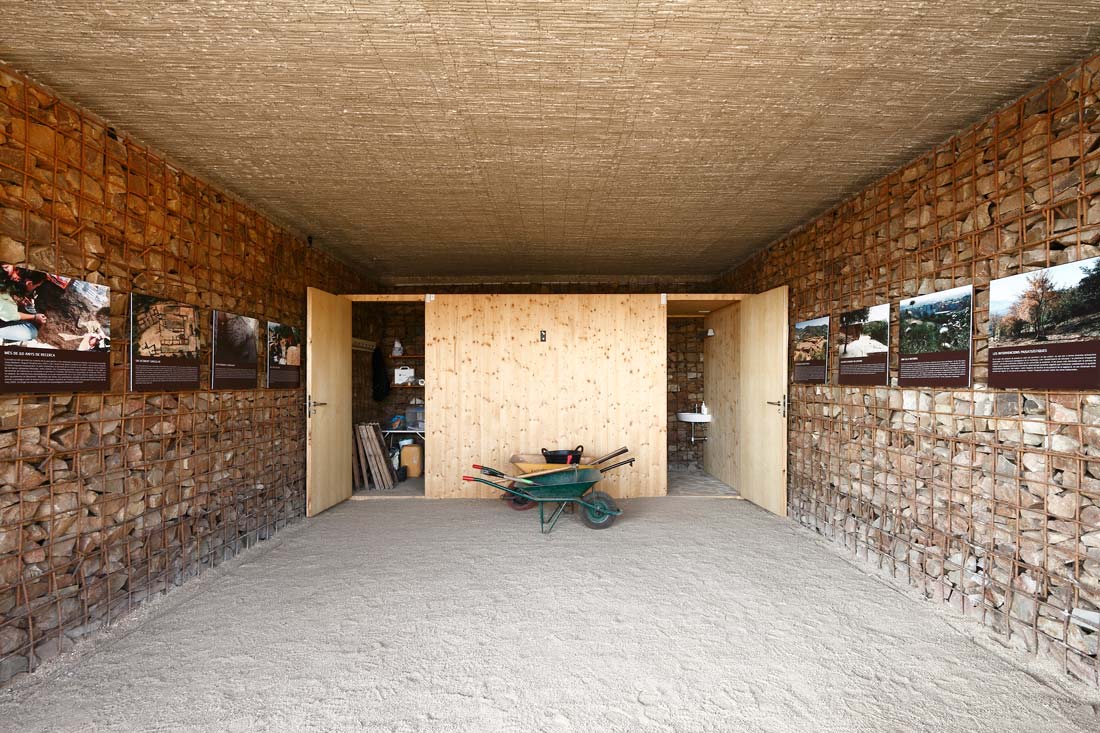 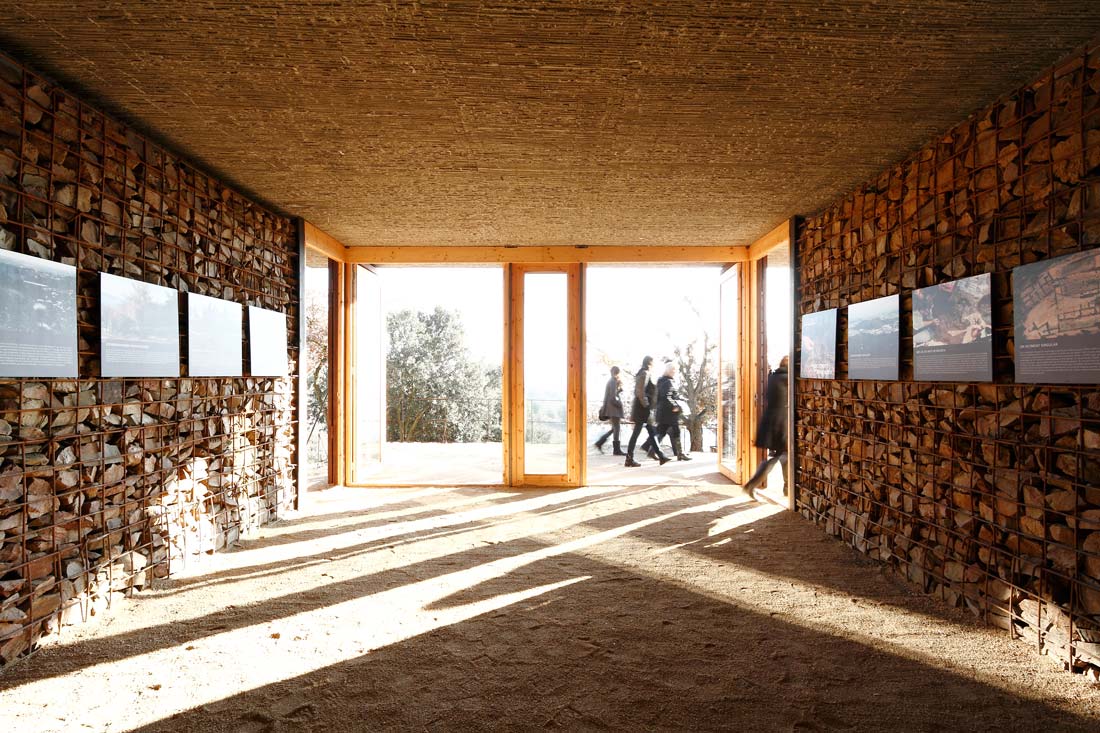