The Brainstorming House, La Casa de le Lluvia [de ideas], is conceived as a cultural and environmental community center in a context of informality and scarce investment from municipal authorities. Since its conception, the process has been promoted by several community leaders and collectives, from seven neighborhoods around the Fucha River in the eastern hills of Bogotá. They are constantly promoting manifold small-scaled projects aimed at improving the neighborhood: from sanitation to reforestation, waste cleanup and land removal – the kind of socio-spatial improvements that should be provided/supported by the municipality. However, due to the legal constraints affecting the entire neighborhood (a legalization process that has lasted over 20 years), local authorities are reluctant to execute major (and urgent) infrastructure projects. 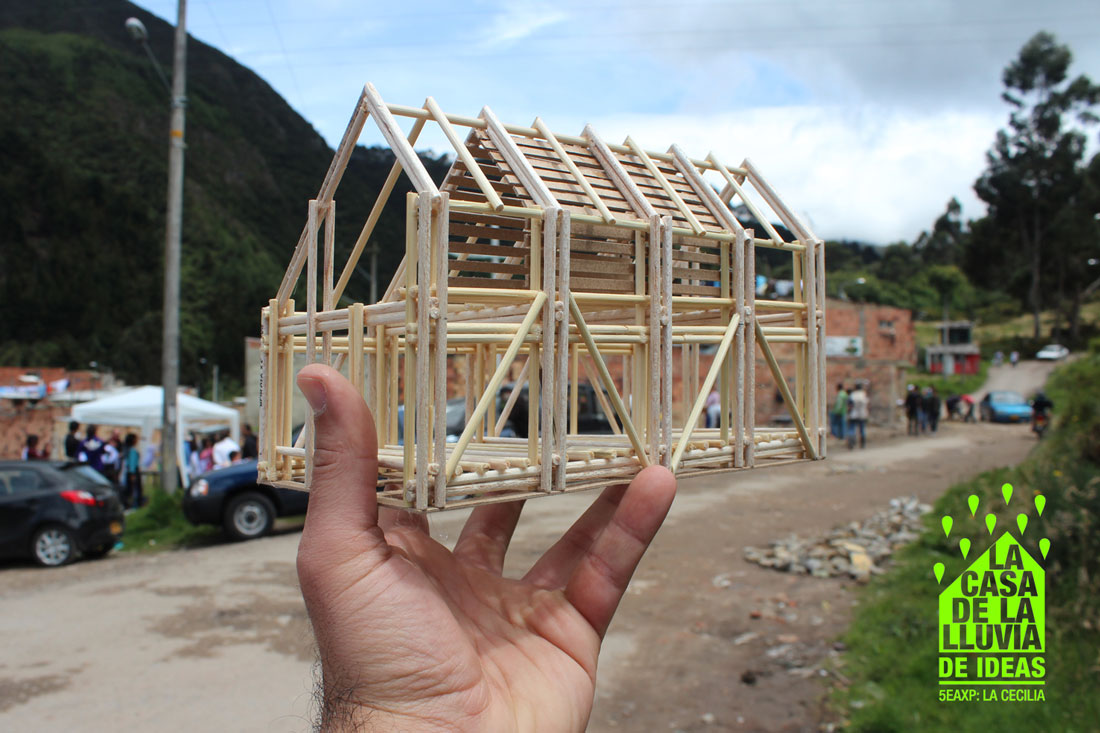 La Cecilia is a unique neighborhood, not only for its strong community bond but also due to its particular location inside what is officially considered a natural reserve, next to a prominent forest and one of the city’s main bodies of water bodies. In this context, the community acknowledges its responsibility regarding the environmental impact on the area, since it is located right in the spot where the river enters the city, hence they are considered the “first” polluters of that body of water. This situation is the melting pot for LA CASA DE LA LLUVIA [de Ideas] to emerge, and it is the context in which Arquitectura Expandida meets the community and the problem at hand. 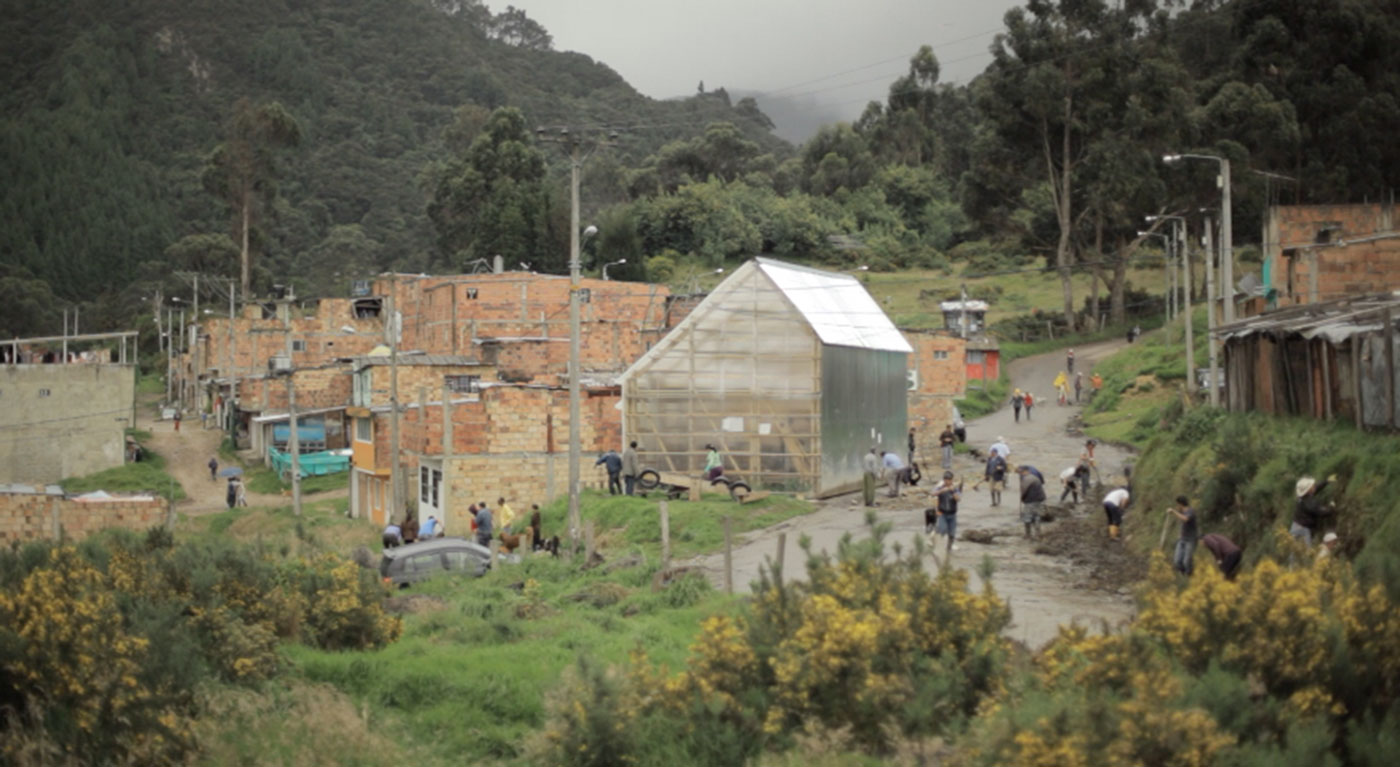 The inhabitants of La Cecilia had been planning to build a community center ever since the neighborhood first began (20 to 25 years earlier). It was intended basically as a community house for social activities and parties, and for celebrating mass. After several discussions and meetings with the community and many other actors (locals and outsiders), the project shifted from a Community Center to a Cultural House: a space that not only would house the aforementioned activities but also all sorts of local cultural events (e.g., concerts, handcrafting, dance performances, and so on). Complementary to this program, the House became part of the informal network of community libraries in the San Cristobal District, turning the space into non-conventional reading space and with a particular appeal to kids and teenagers, considered a highly vulnerable population due to the social complexities of the area.

Since 2015, the Fucha neighborhoods have been regularized by the mayor’s office. However, this legalization came with the news of extensive damages to property and the displacement of families who live in an area qualified as at risk of natural disasters. Moreover, the public administration is not willing to invest in mitigation, although it has done so to enable other strategic urban projects. Now, La Casa de la LLuvia [de ideas] has become a neighborhood symbol of resistance and of the right to the city, for which many families have fought after years of state neglect. 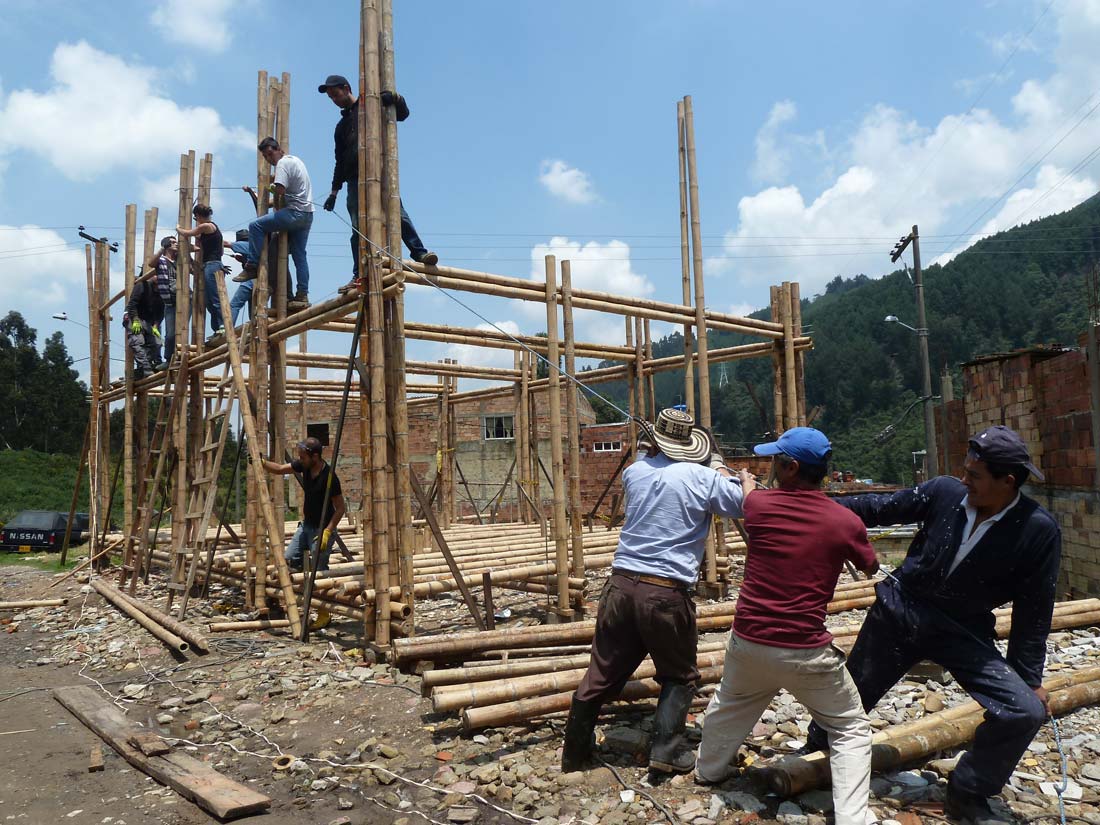 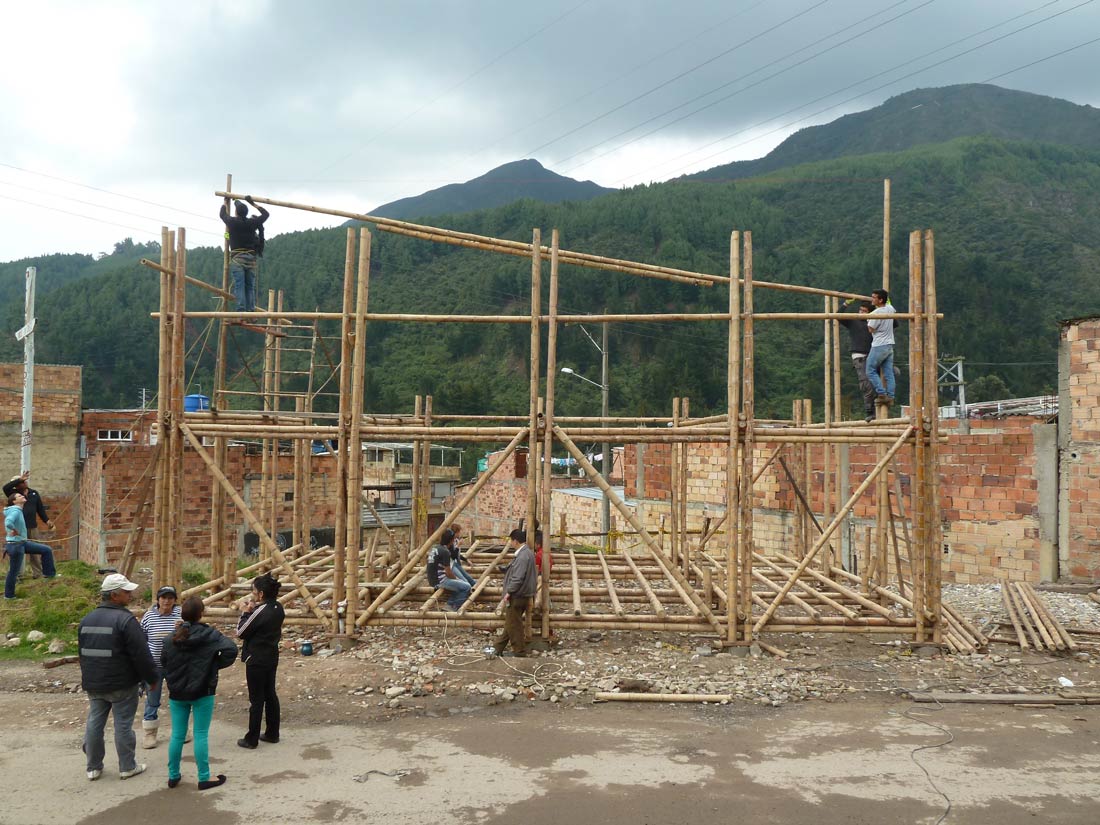 It has been a bit more than five years since everything began and, to be honest, we (as a collective and partner in the project) are amazed by the number and variety of activities that have been held there to date. Of course not everything is rosy. There have been conflicts; it is a very deprived neighborhood with many spatial, social and economic conflicts. Yet, despite the circumstances they have managed to create an incredible atmosphere and community life. We will be able to capture both sides: how they are struggling and how they are thriving. 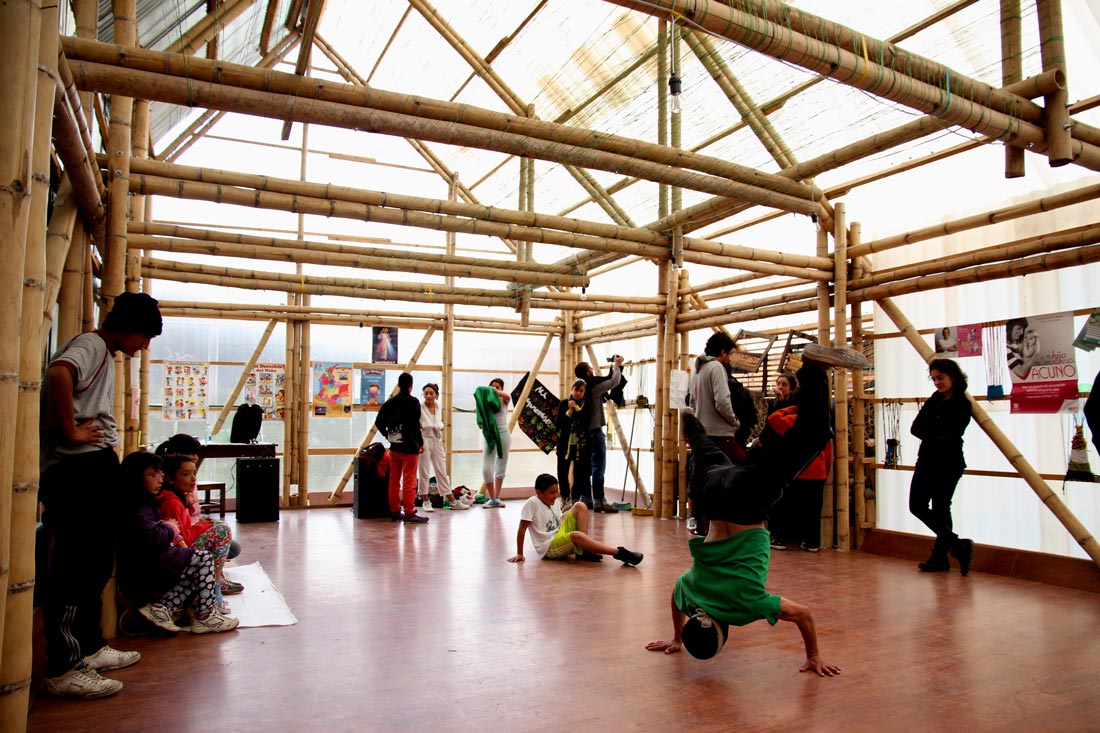 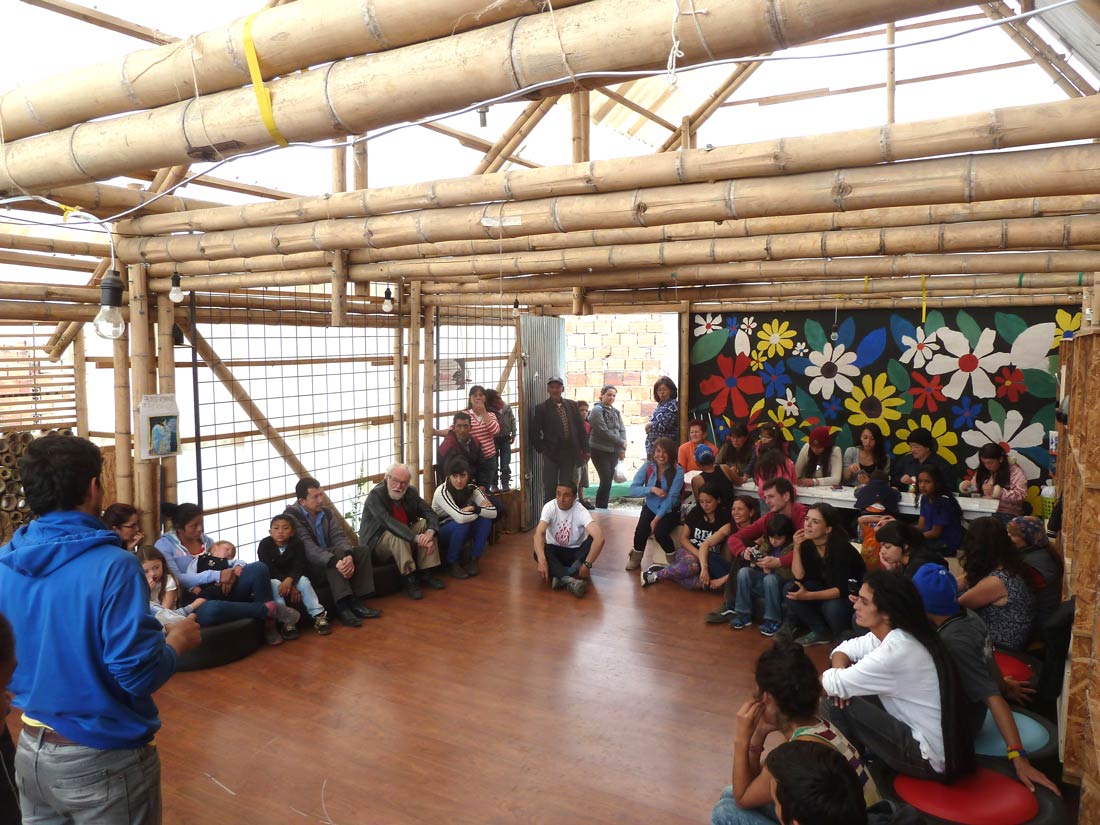 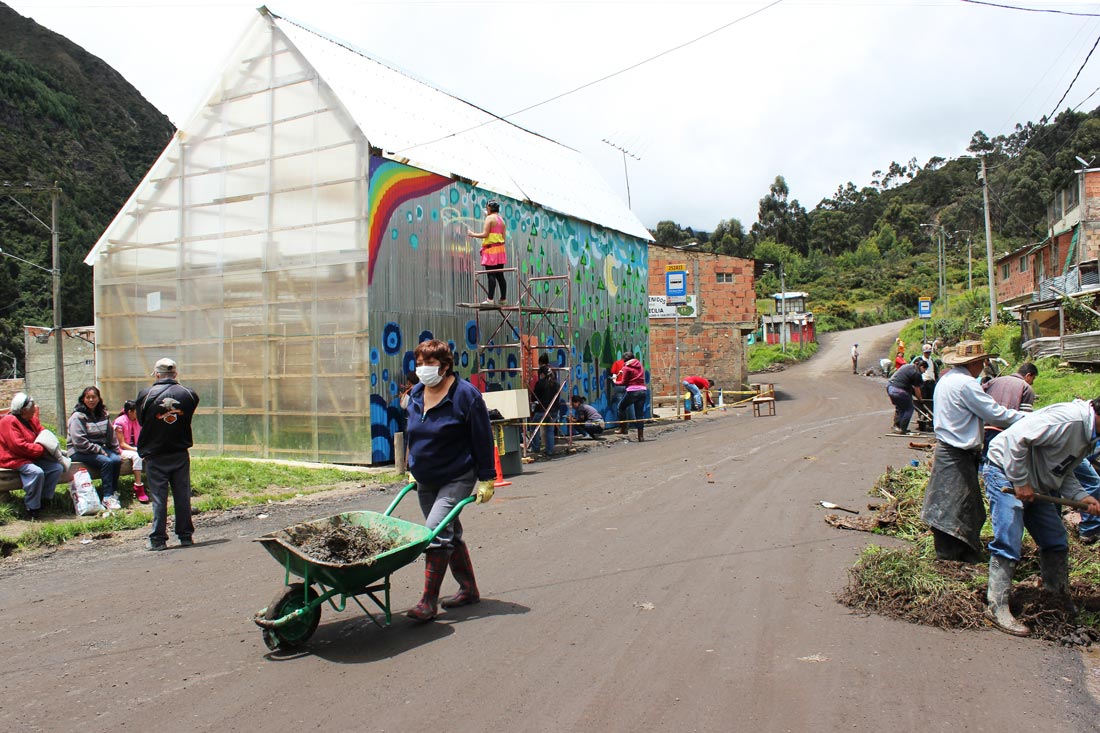