Block/Tower proposes a new urban typology that responds to the changing social, technological and ecological urban conditions prevalent in dense urban environments such as New York City. The project offers an alternative model for mixed-use programming, with new functions integrated within a dense built fabric. Block/Tower is a design strategy that emphasizes the ecological, social and spatial rather than the commercial and speculative approach that has guided high-rise design of the past decades. As such, instead of an infinitely repeated typical floor plate, it suggests an integration of tower and urban block and imagines an architecture of interlocking volumes, spaces and programs that extends the urban experience of the city onto the vertical dimension of the tower.

Over 30 years ago, in Delirious New York Rem Koolhaas proposed the Downtown Athletic Club as a new paradigm for the vertical proliferation of metropolitan functions. [1] For Koolhaas, the confrontation of the mechanical elevator and serial floor plates produced ‘a machine to generate and intensify desirable forms of human intercourse’. This was a possibility latent in every skyscraper, but only fully realized at the Downtown Athletic Club. Shuttling from floor to floor by the elevator, traditional hierarchies are upended and a surrealistic juxtaposition of fragments of metropolitan life is played out in vertical form. Koolhaas enumerates the various programs: squash, handball and locker rooms at the lower levels, and poolrooms, barbers, a Turkish bath, artificial sunbathing, a swimming pool and a golf course, as an artificial nature is ‘resurrected’ inside the skyscraper. Today the Downtown Athletic Club has been converted to residential condominiums and all this rich programmatic diversity is no more. The ‘definitive instability’ of life in the metropolis has overtaken the Downtown Athletic Club, however the result has been not greater programmatic diversity, but a new monoculture. Mixed-use towers have become the norm, embraced by planners and developers alike. Skeptical of Koolhaas’s celebration of the surreal juxtaposition of program (which the city will always do better on its own), the Block/Tower project is a next-generation proposal; in order to survive into the future, we can no longer design the juxtapositions, but instead need to design the platform, the directed field, within which those new interactions might take place. 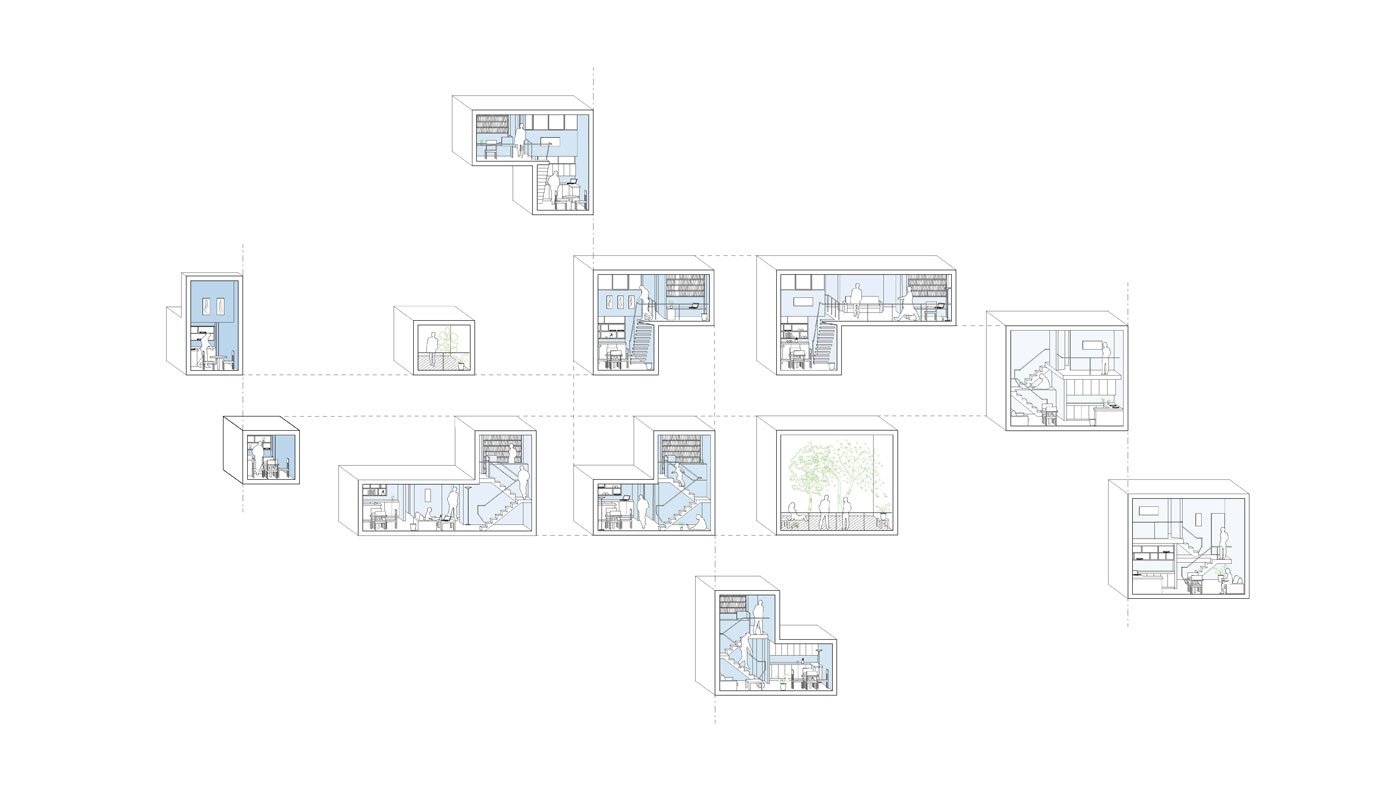 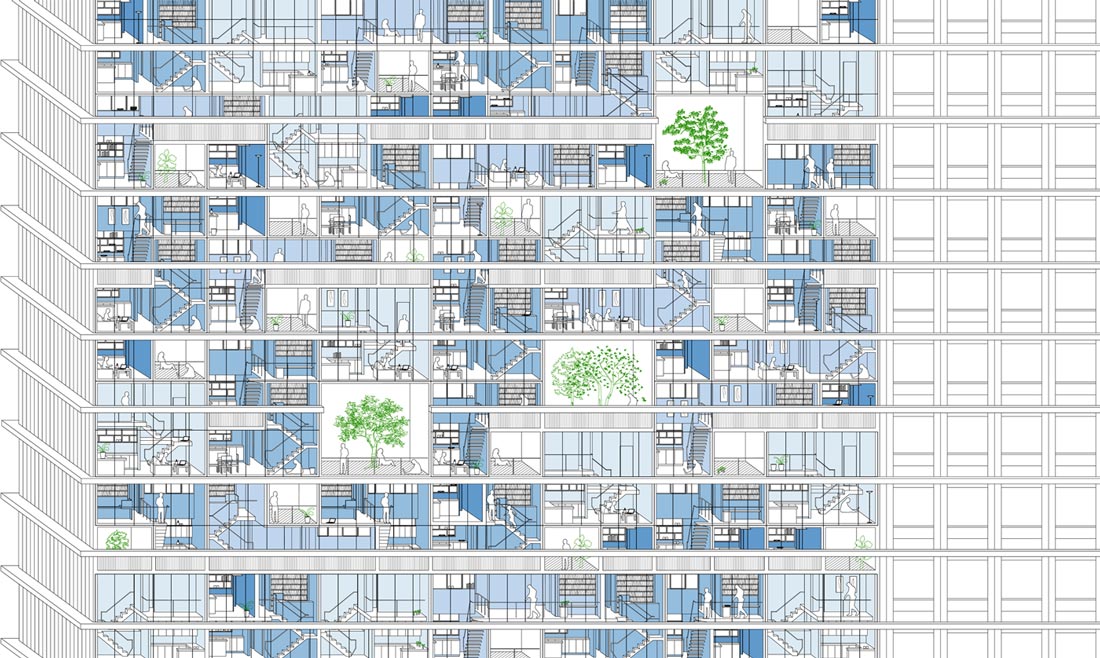 [1] Rem Koolhaas, Delirious New York: A Retroactive Manifesto for Manhattan, (originally published 1978; reprint, New York, The Monacelli Press, 1994) p. 152. [2] See Stan Allen “From Object to Field: Field Conditions in Architecture and Urbanism” in Points + Lines, (New York, Princeton Architectural Press, 1999) p. 93. An important point of reference for that article was Alison Smithson, "How to Recognize and Read Mat-Building," Architectural Design XLIV, 9 (1964): 573-590; "Mat-building" Smithson writes, "can be said to epitomize the anonymous collective; where the functions come to enrich the fabric, and the individual gains new freedoms of action through a new and shuffled order, based on interconnection, close-knit patterns of association, and the possibilities for growth, diminution and change." The Block/Tower project cultivates a similar “close-knit” interconnection, now in the vertical axis.