Atlas Hotel Hoian is located in Hoi An’s Old Town; an area which has rapidly grown since it was officially named by UNESCO as a World Heritage Site. Recently, most of the ancient houses have been converted into shops and restaurants that serve the daily influx of tourism. The neighborhood is well known for its beautiful tiled roofscape and its internal courtyards that provide a layered spatial quality between the interior and exterior spaces. This quality has been slowly eroded due to chaotic commercial flow. As a consequence, the Old Town has lost the charm of a calm and peaceful lifestyle. 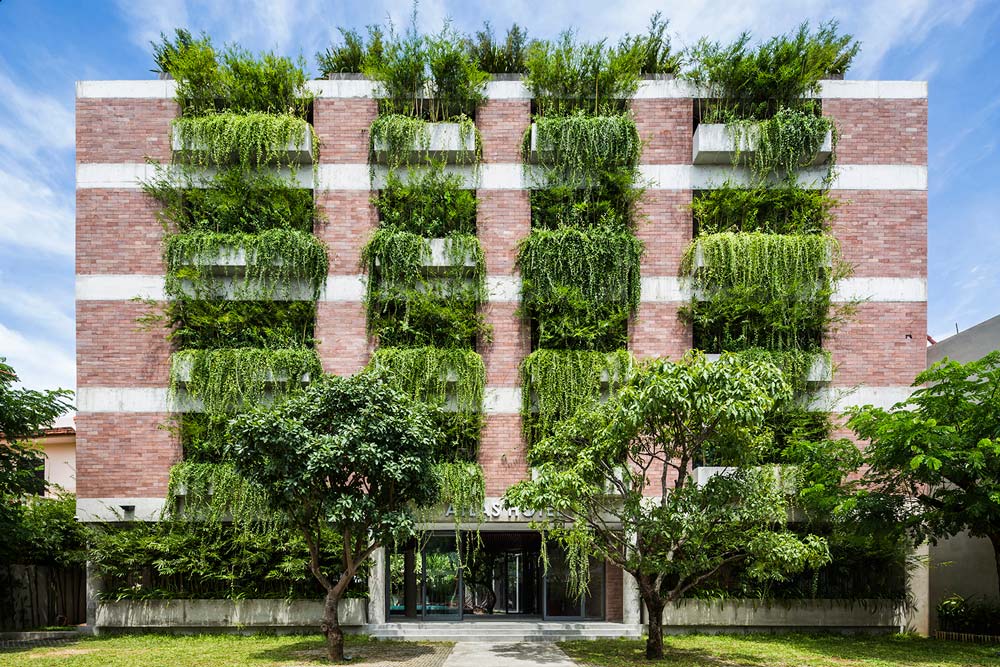 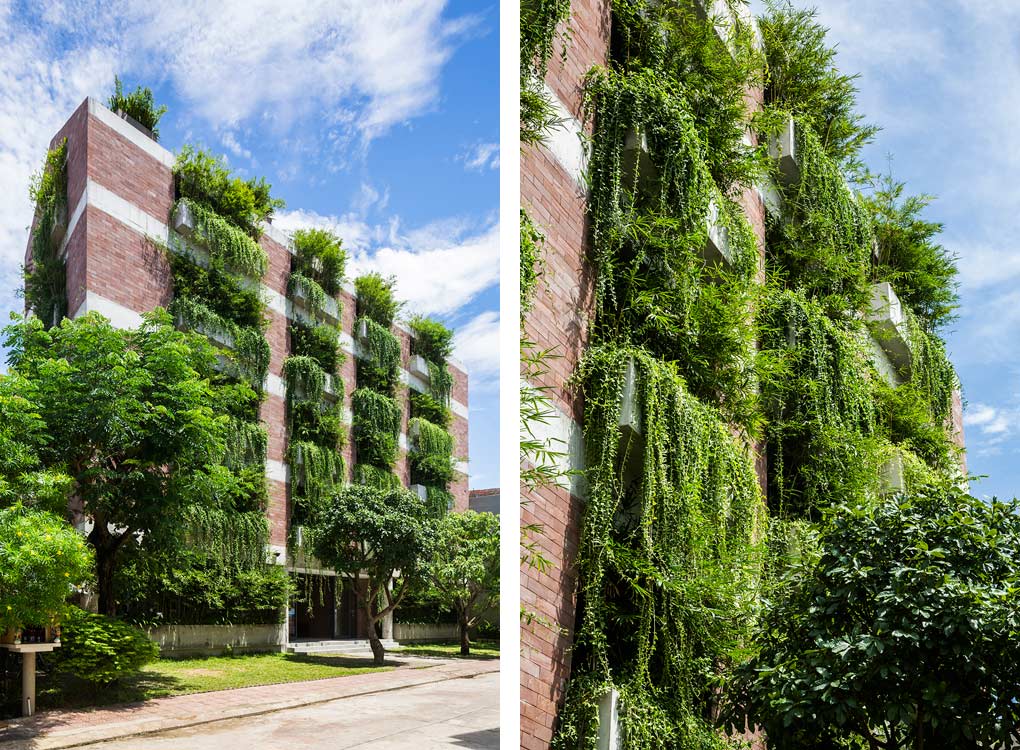 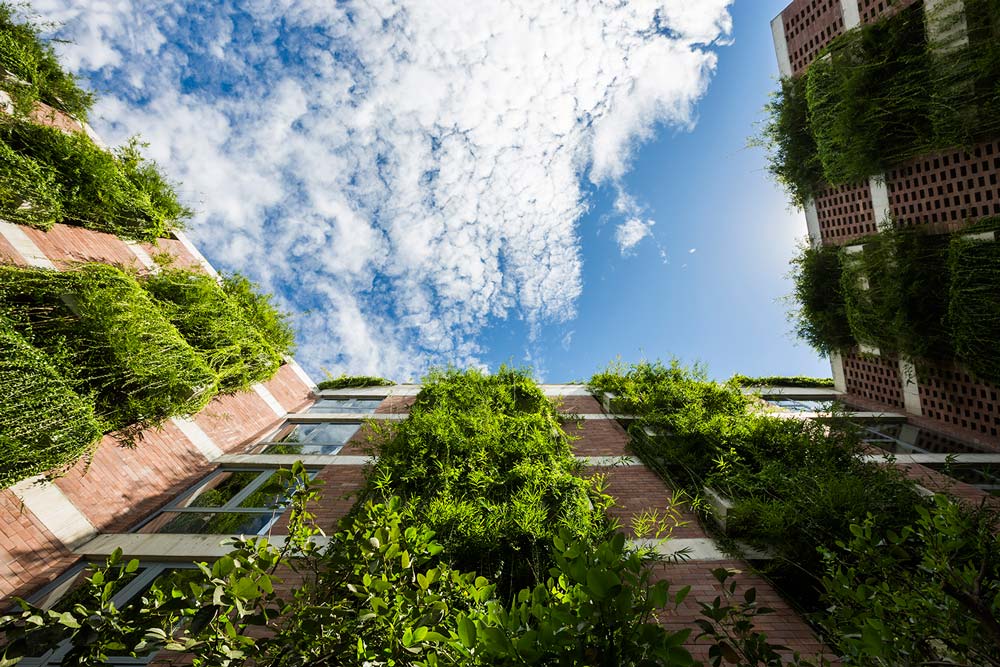 Located on an irregular plot of land, the design approach of the Atlas Hotel is to turn this constraint into its unique character. The linear layout is divided into several interior courtyards and, by lifting the building above the site, it completely frees the ground floor to create an interconnected network of courtyards. This spatial quality reflects the dynamism of the new Hoi An but also retains the charm of the Old Town. 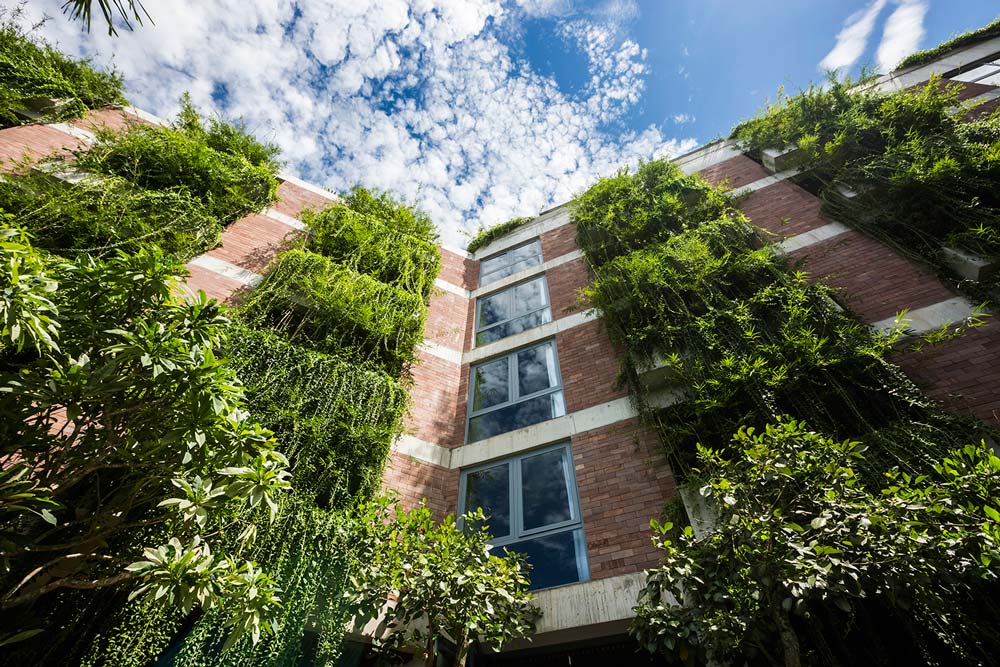 The five-story hotel includes 48 guest rooms as well as various leisure functions such as a restaurant, café, rooftop bar, spa, gym and swimming pool. Due to the complexity of the site, each guest room is shorter and wider than typical hotel rooms. Rather than a problem, this presented an opportunity for the rooms to have greater access to greenery not only from the bedroom but also from the bathroom. 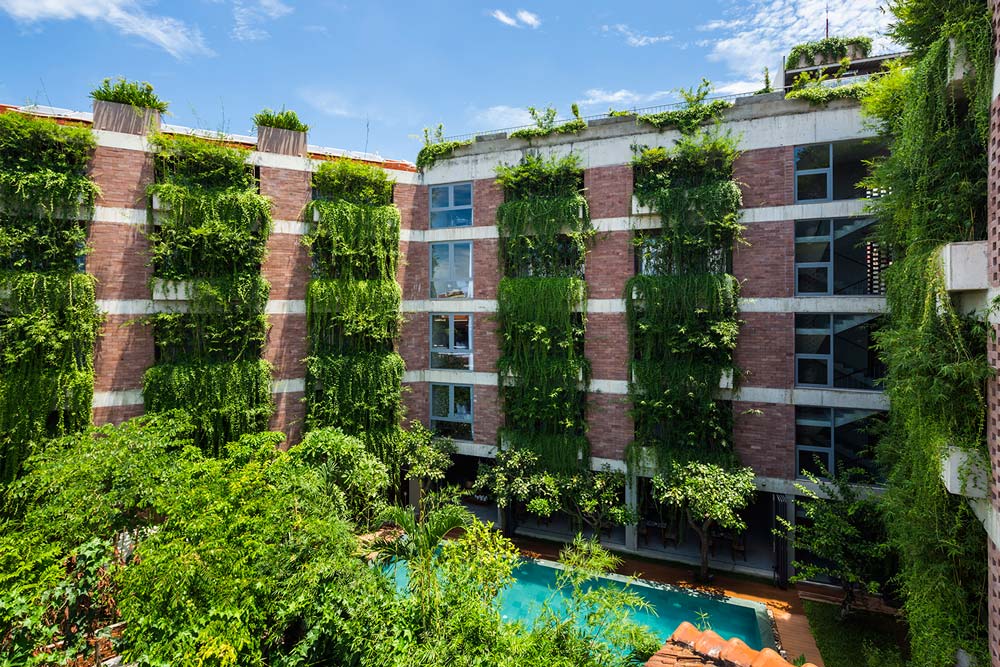 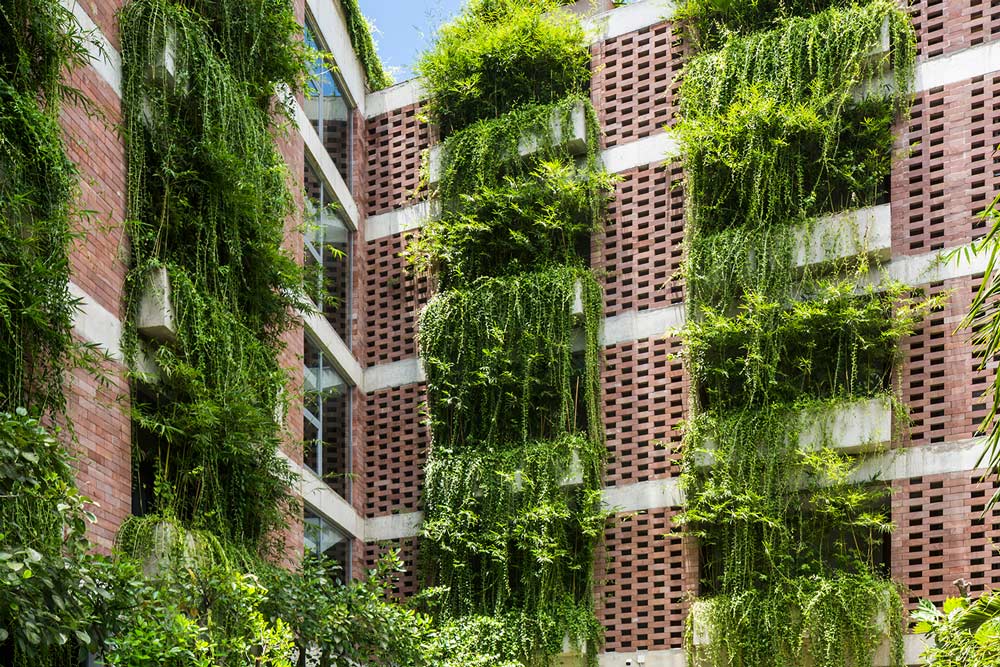 The building façade is clad with locally sourced sandstone pieces used in combination with an exposed concrete slab and a series of planters along the corridors. The planters are arranged along the entire façade of the hotel, which not only provides solar shading but also allows cooler air to ventilate the spaces. 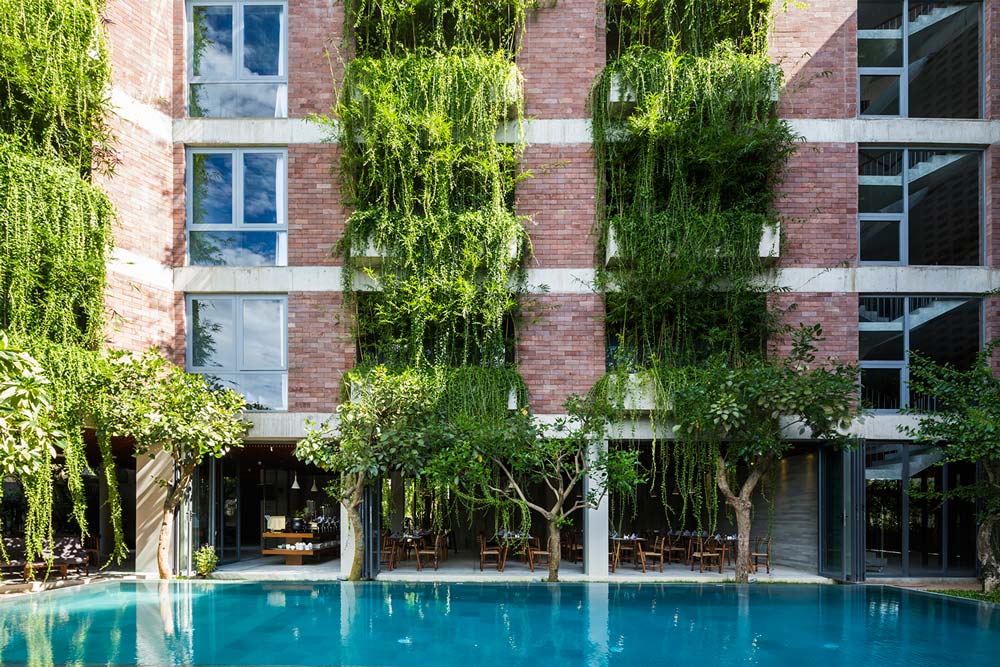 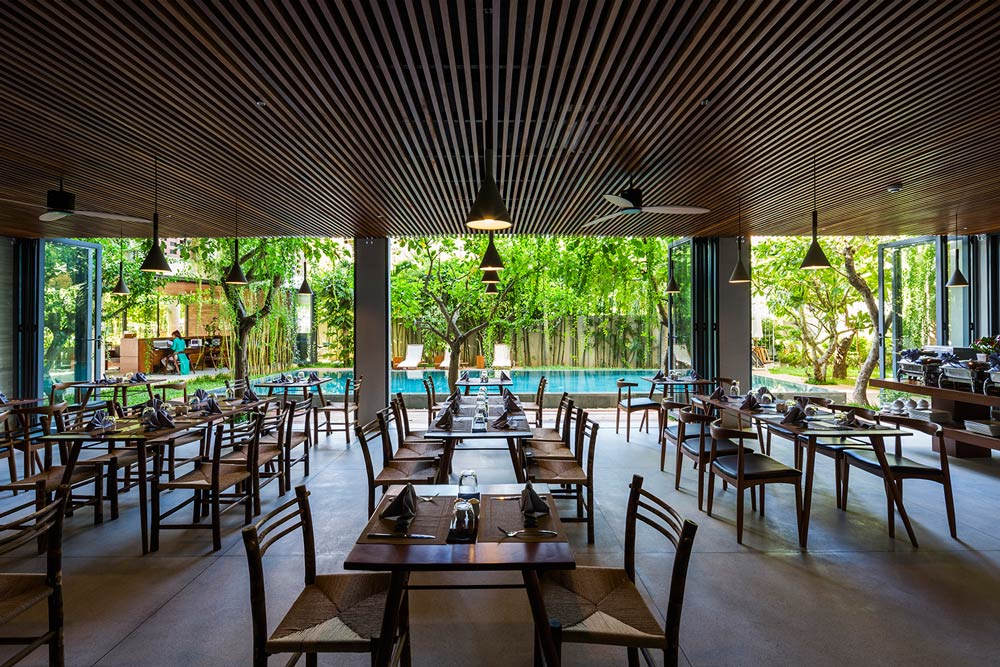 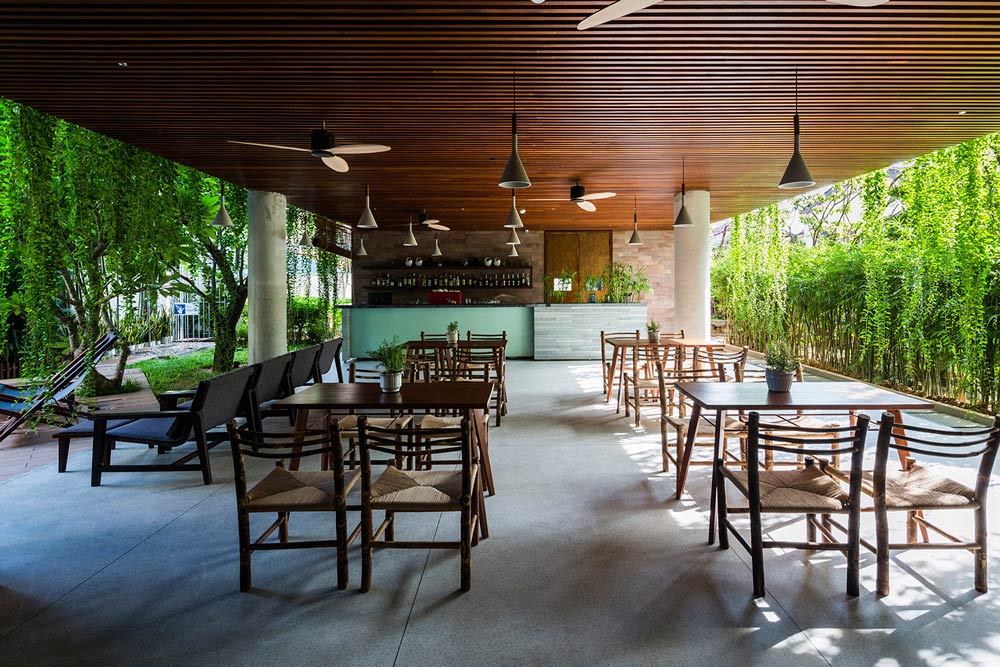 In addition, the perforated stone walls admit daylight without blocking air flow. This scheme allows the place to be naturally ventilated to minimize the use of air conditioners. The use of these green and natural elements embodies the particular interest of the office and the House for Trees concept: to integrate greenery into design as a way to rejuvenate urban areas and to contribute to social improvement. At its core, Atlas Hotel reconnects man with nature. 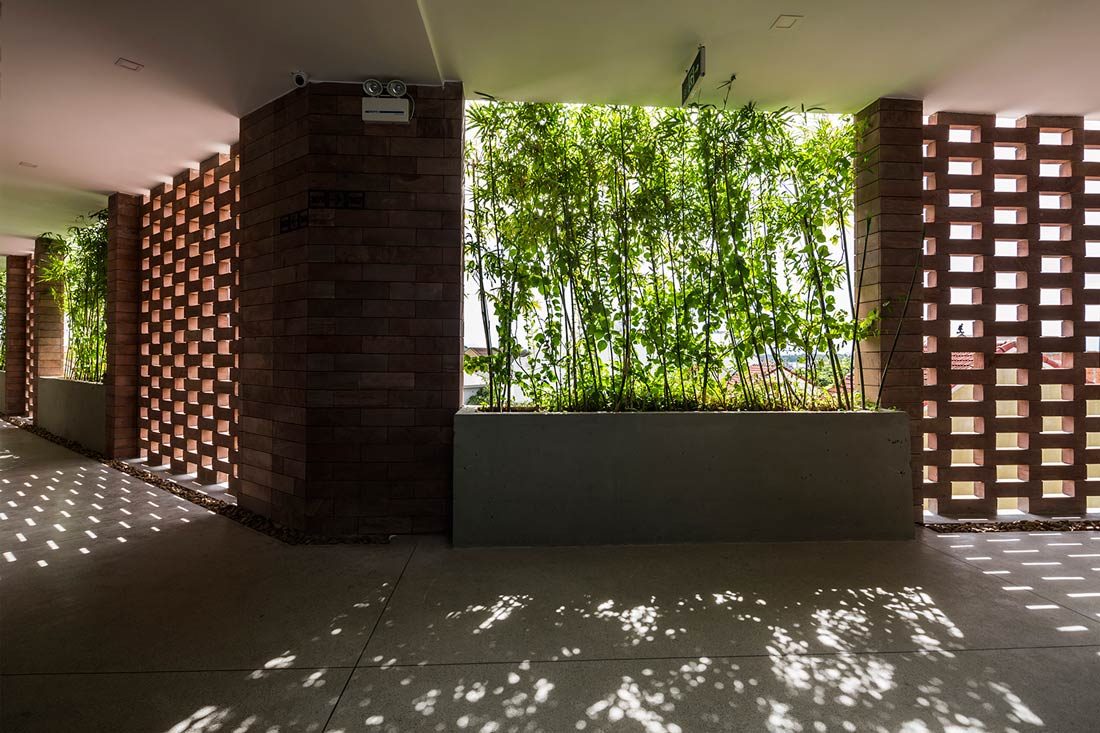 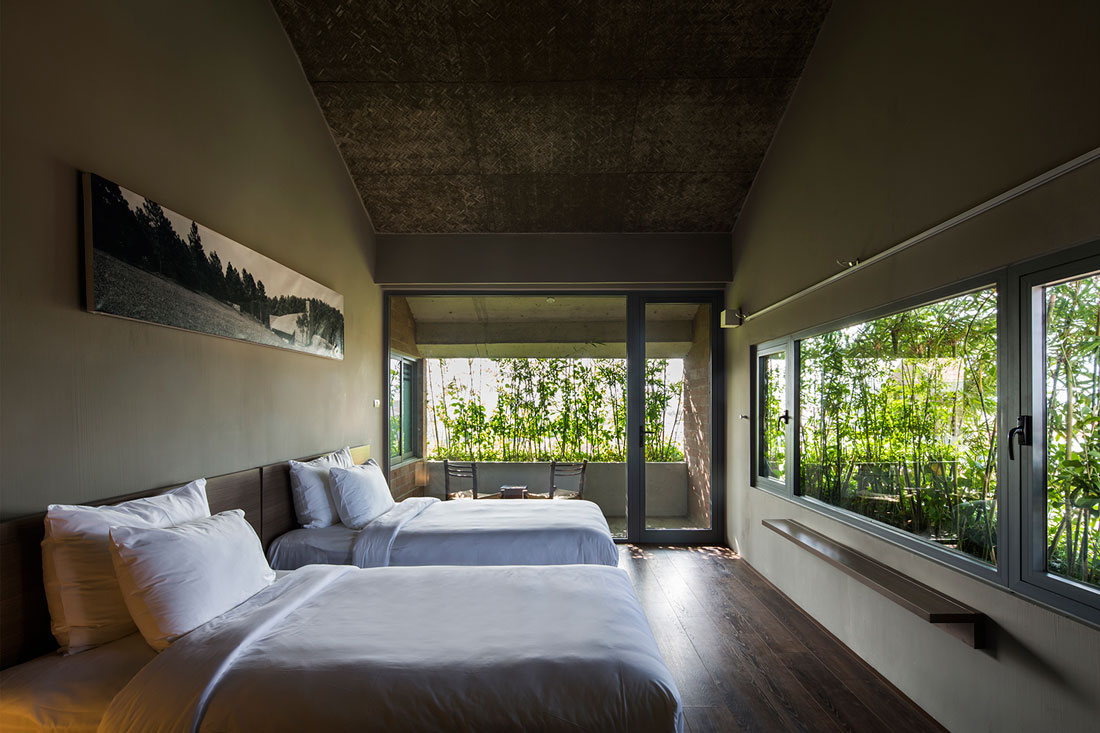