The Art and Conference Centre, Inter-Generation Centre, and Tourist Office stretches alongside the railway line in the small village of Venarey-Les Laumes, in Burgundy. 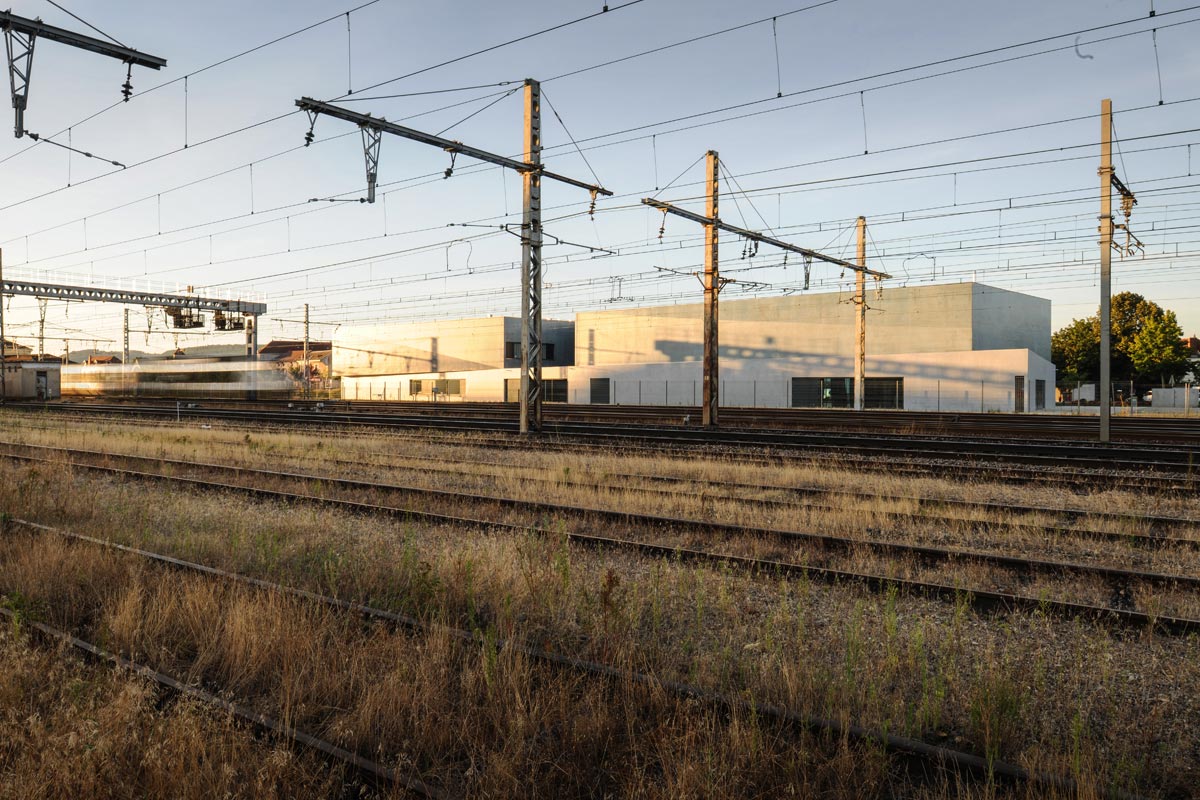 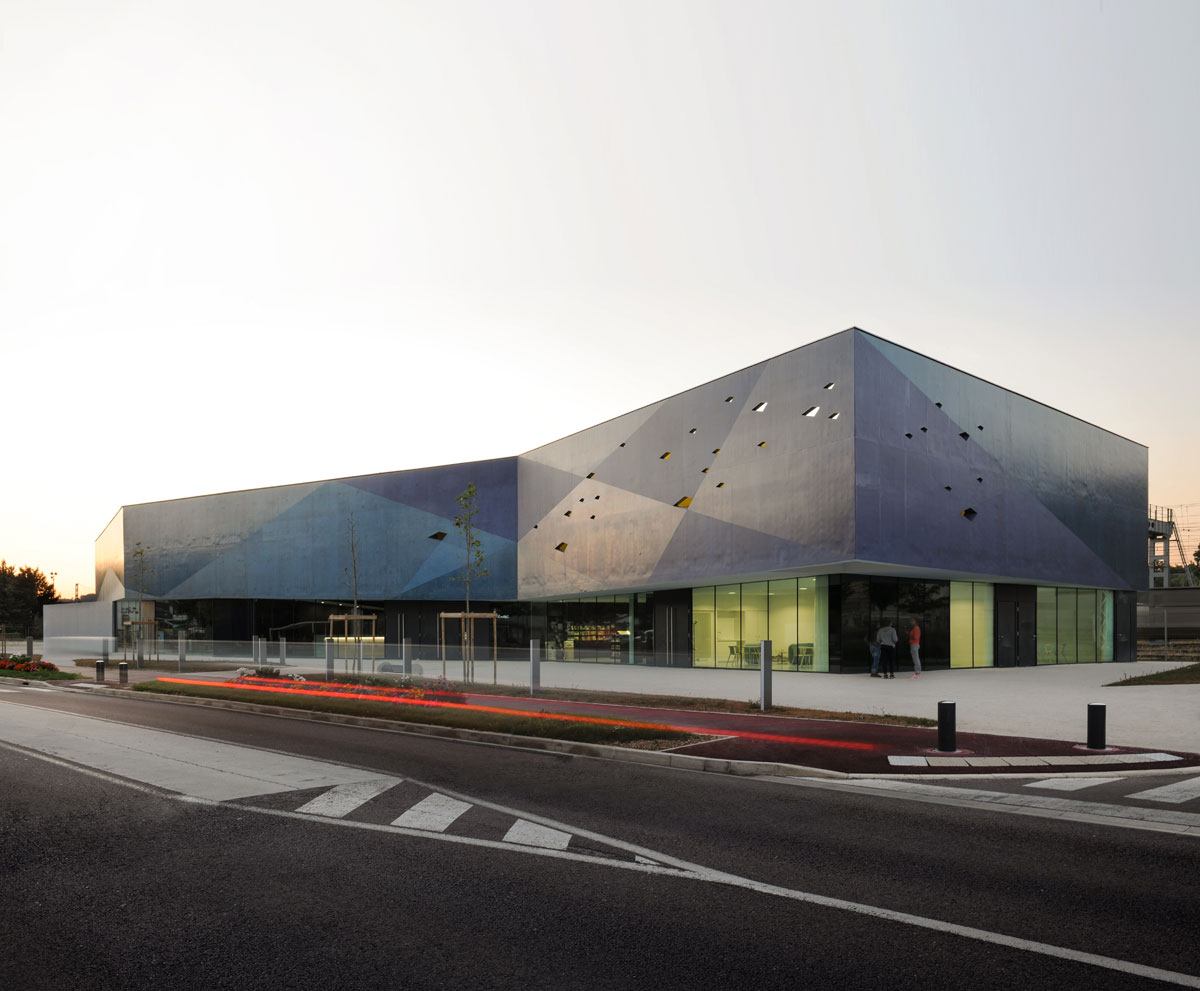 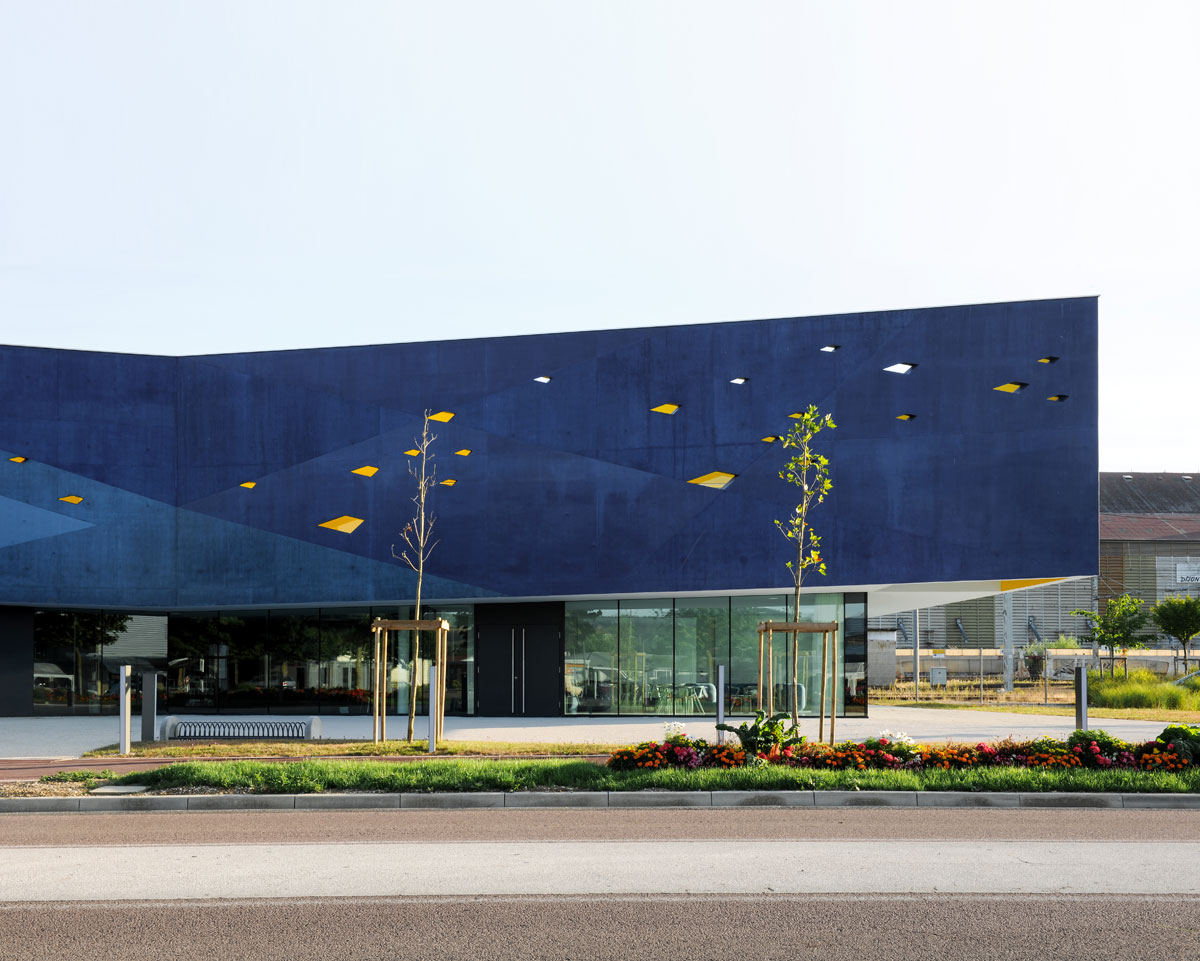 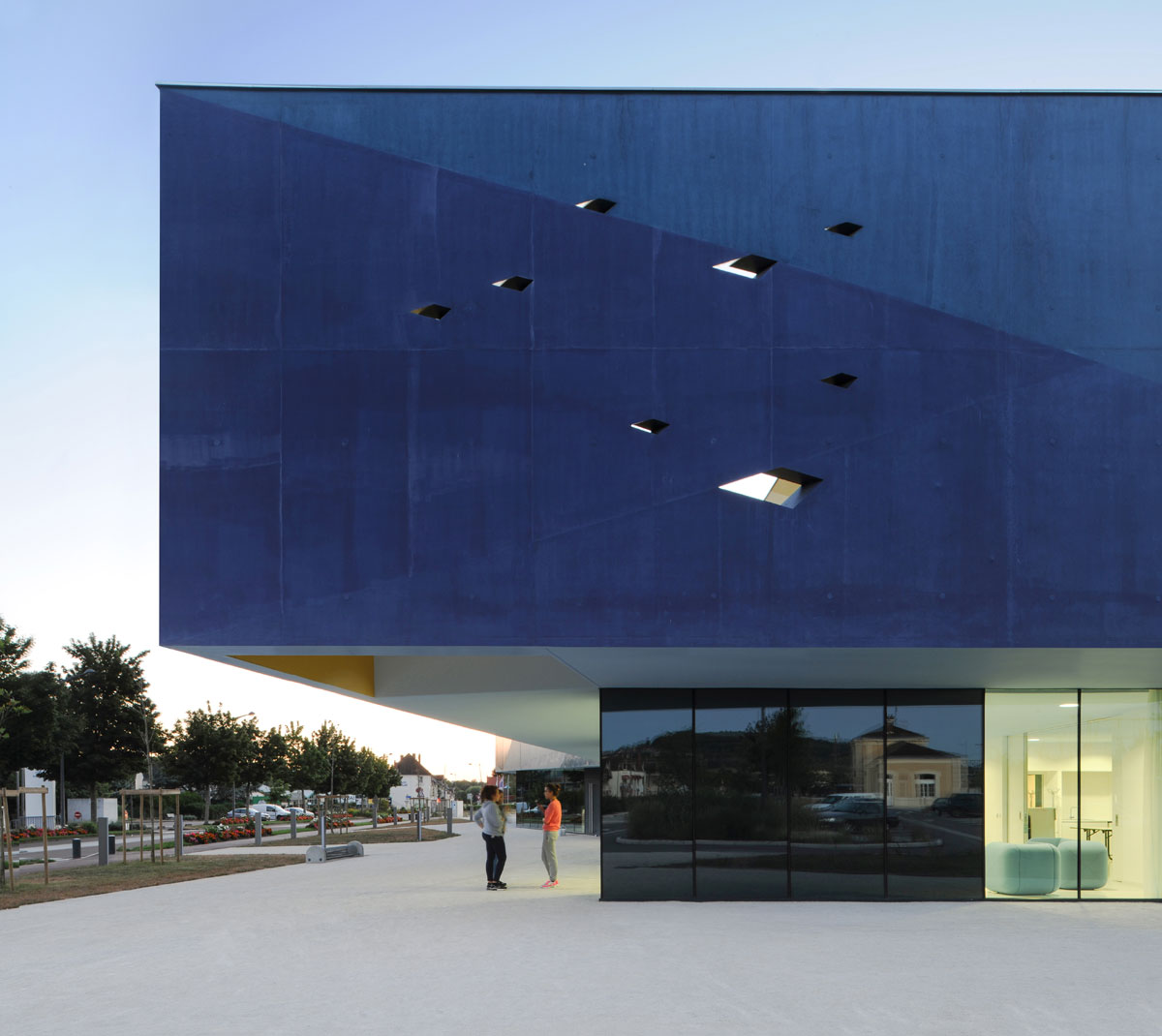 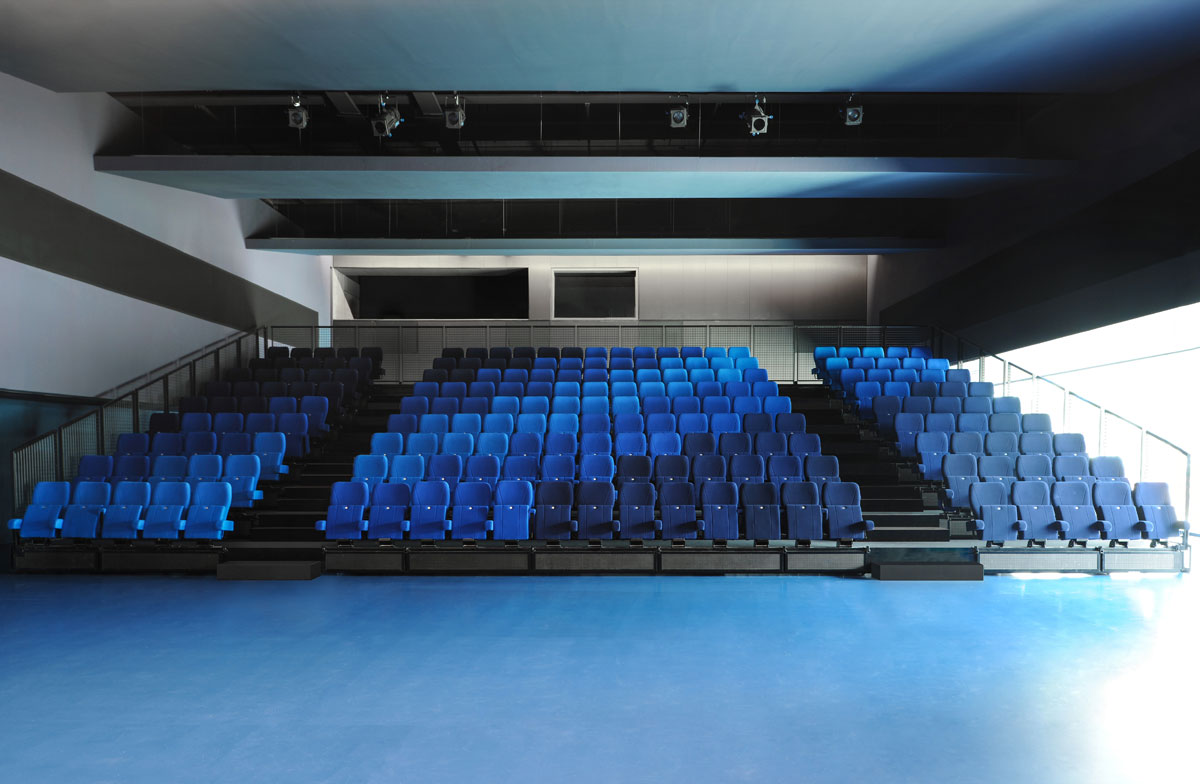 . The building, designated as a center for rural excellence, contains a number of different initiatives, including a tourist office, a conference and culture hall, a day nursery, and areas for older people. Our task was to bring all these very different initiatives together into a single dynamic unit. The upper volume seems to float above an almost transparent plinth. Cantilevers accentuate the dissociation of the various folds, each fold producing a face which captures the low-angled light produced by the orientation of the building. The lightly perforated opaque skin is divided into a number of triangles – some are matte while others are shiny, thereby breaking down the structure of the basic volumes. The building often has a different appearance at different times of day. The day nursery is located upstairs, while the other initiatives are at ground level. A bright yellow courtyard continues the line of the areas used by the nursery, the purpose being to shield them from the substantial nuisance caused by the freight trains and high-speed passenger trains that pass there. The transparent features of the ground floor are arranged in such a way that the relationship with the railway line is constant and perceived as a dynamic event. The volumes of the project express its strong identity in the landscape; it stands like a marker of ambitious political determination. 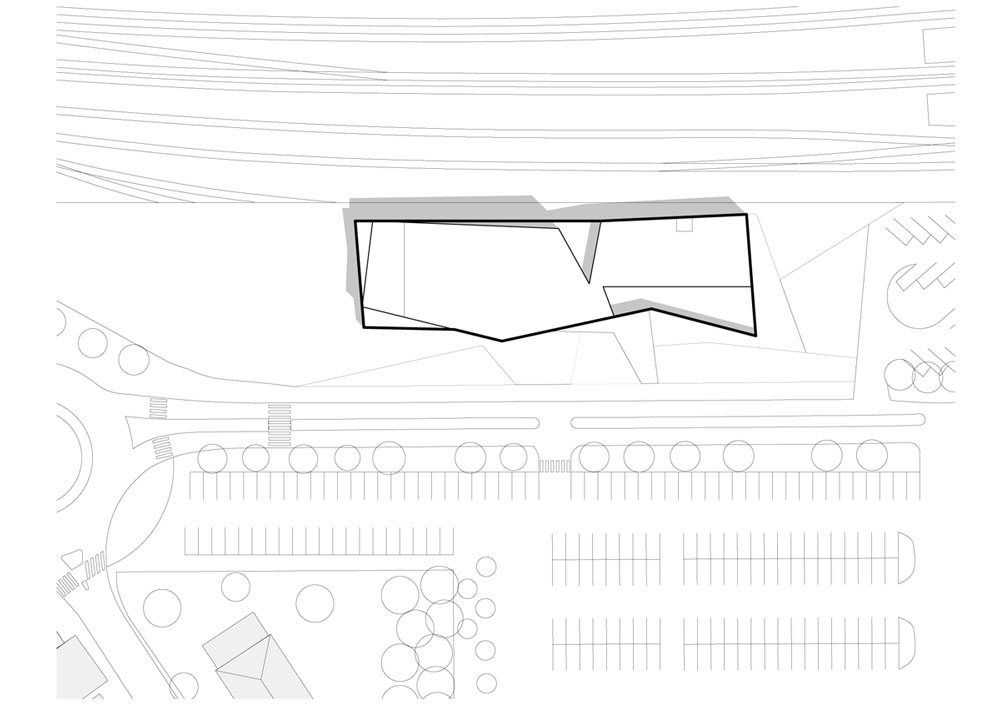 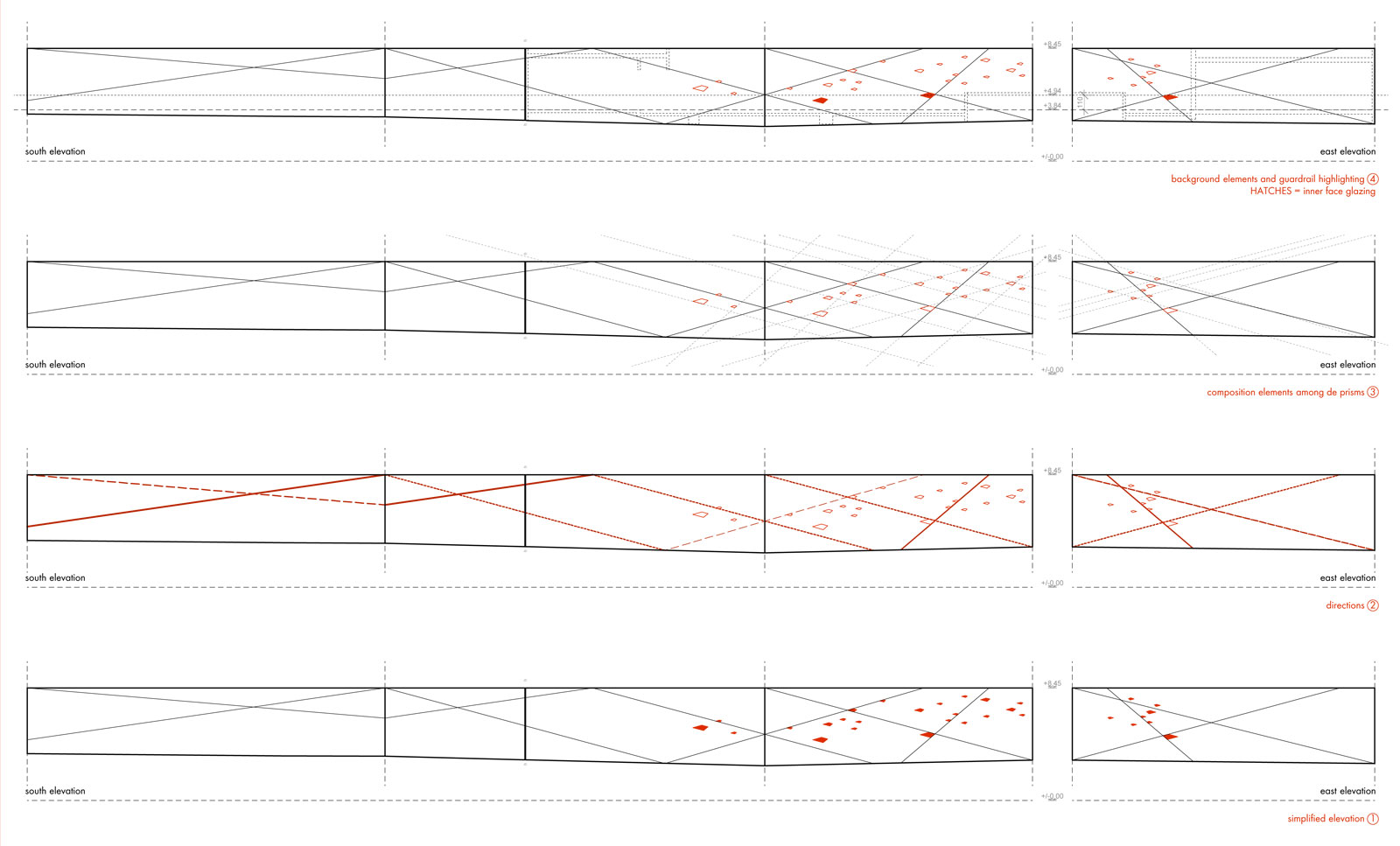