An Open World: In a Digital Age

Excerpt from The Open Revolution.

Today, we live in a Closed world. A world of extraordinary and growing concentrations in power and wealth. A world where innovation is held back and distorted by the dead hand of monopoly; where essential medicines are affordable only to the rich; where freedom is threatened by manipulation, exclusion and exploitation; and each click you make, every step you take, they’ll be watching you.

By contrast, in an Open world all of us would be enriched by the freedom to use, enjoy and build on everything from statistics and research to newspaper stories and books, from software and films to music and medical formulae. In an Open world we would pay innovators and creators more and more fairly, using market-driven remuneration rights in place of intellectual property monopoly rights. 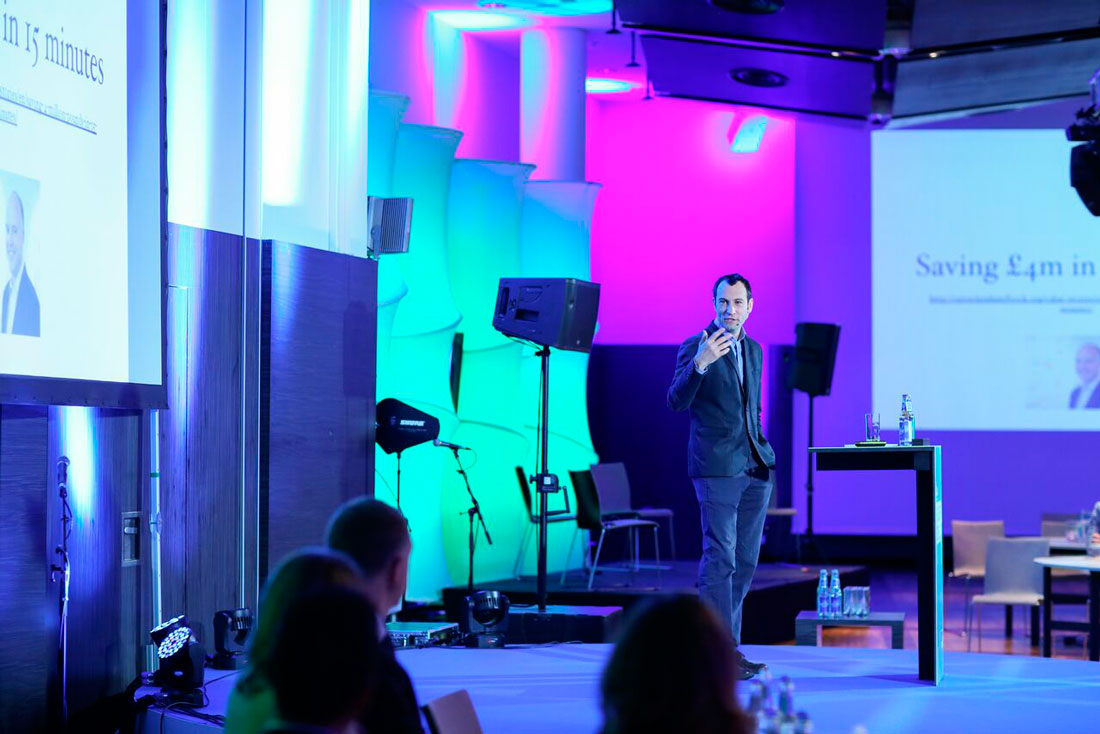 As they have improved, digital technologies have taken on ever more of the tasks that humans used to do, from manufacturing cars to scheduling appointments. And in the next few decades “AI” (artificial intelligence) may well be not only driving our cars for us but drafting legal contracts and performing surgery. On the face of it, we have much to gain if machines can spare us tedious or routine tasks, and perform them with greater accuracy. In future, there is the prospect of our each having more time to devote to things that matter to us individually, whether it’s bringing up our children, learning languages or deep-sea diving.

The danger, though, is that robots run on information – software, data algorithms – and at present the “ownership” of this sort of information is very unequal. And because it is protected by our Closed system of intellectual property rights, it is becoming ever more so thanks to costless copying and platform effects. With the overwhelming and ever-growing importance of information technology in the modern world, the balance of wealth and power is tipping further and further towards an exclusive club. But by choosing Openness we can make sure the future works for everyone, not just the one percent.

Already, the world’s principal industry is the production and management of information. And control and the wealth of those processes is dangerously concentrated, and is becoming more so. The five richest companies on the globe are all infotech-based, and they themselves exhibit some of the most unequal ownership structures in the world, with tiny groups of founders and investors owning a great proportion of their equity.

As technology accelerates, new kinds of applications and experiences are being born which are likely to have a significant place in our everyday lives, as well as in our economies. Virtual reality, for instance, can now replicate many of our sensations and impressions of the world, and has huge scope in future for recreation, as it has already for various forms of training. It would compromise our freedom if virtual reality were to become the same kind of near-monopoly as, for instance, Facebook. Likewise, the so-called internet of things is quickly growing. Already many appliances such as baby monitors, lighting systems and central heating are connected to the internet, but this is only the start. Over the next few years, as billions more devices are connected, we may see machine-to-machine data outstripping human usage to become the principal traffic on the internet. It would be deeply worrying to have control of this fall to a single corporate monolith.

At its most extreme, the current situation threatens the norms of a free society. Free enterprise and free markets are disintegrating in the face of international monopolies, free choice means little when there is only one to choose between, and even our political freedom and freedom of thought are threatened by powers that have the capacity to shape how we think and act. We should all be concerned by this, and the evidence from recent scandals such as Cambridge Analytica show that these concerns are increasingly shared.

Yet if we were to open up to everyone all the information that is being produced – the software that now runs the world, all the riches and the Closed materials, the world’s literature and art and algorithms – then we could democratise the infotech revolution. Remember the plan that Google once had of putting every book in the world online? Even Google couldn’t do it because it fell foul of copyright. But the Open model would do this not only for all the books, but for all the music, the news, the astronomy and oceanography, market prices, poetry, drug formulae, classical scholarship – all the knowledge and riches of the world that can be digitized. The value generated by our advances would be shared by all humanity, rather than concentrated in the hands of the few. Openness would solve the problem of these monopolies of information power, promoting competition, providing transparency and increasing the possibilities and incentives for innovation. This new approach would make all patented or copyright materials freely available – whilst also paying their creators more and more equitably.

The opportunity and the danger are both great. Choosing optimism and Openness is one of the most important policy opportunities of the 21st century. It is a chance to transform our societies, to create a future beyond the politics of capitalism and socialism, combining the enterprise of the former with the latter’s ideal of fairness: a genuine chance to build a better world for everybody. And the entire, unprecedented opportunity is based on one unique characteristic of our extraordinary new digital technology: cost-free copying. 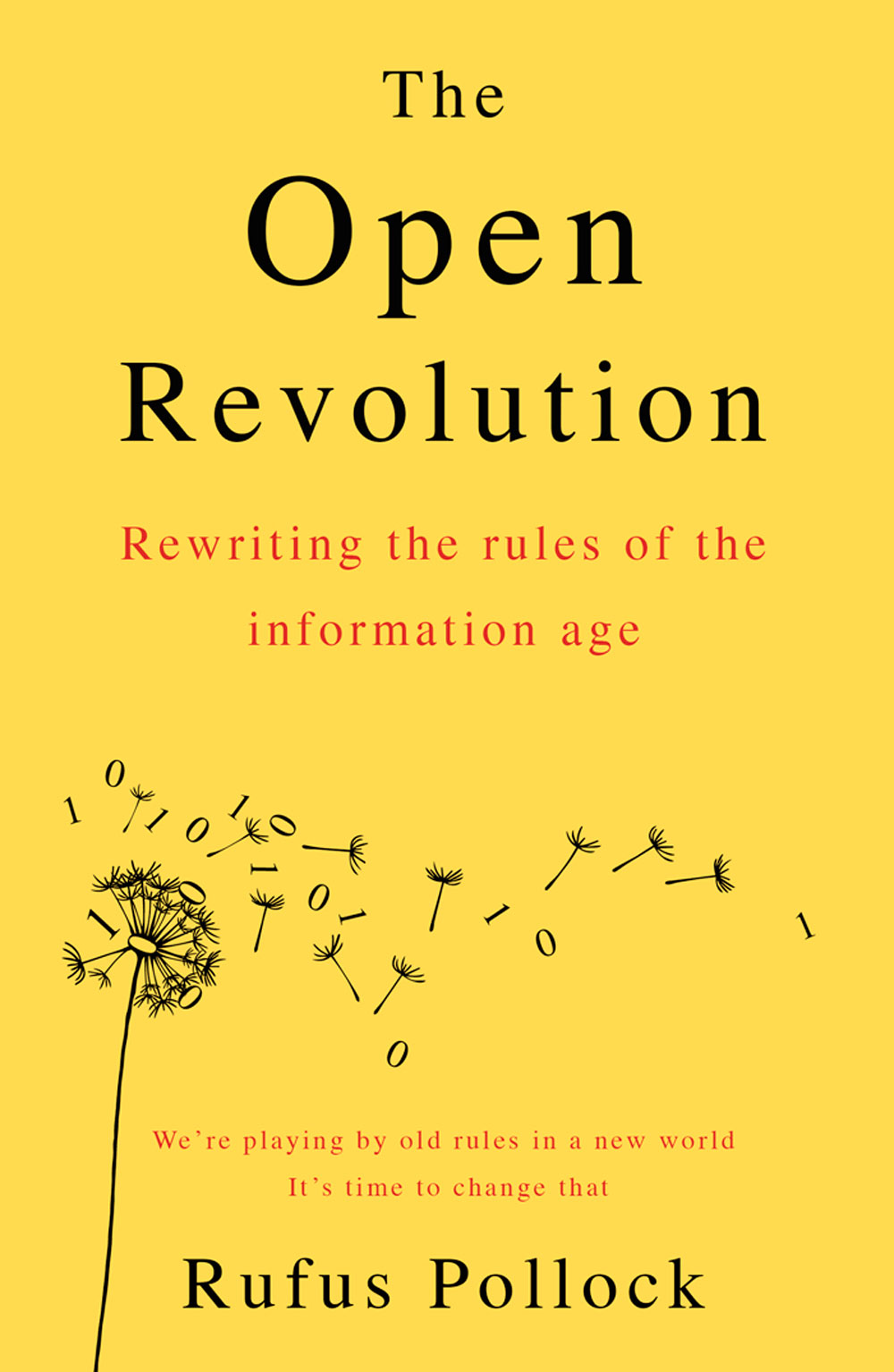 Physical things have an unfortunate limitation: they can be used for only one thing at a time. A bicycle is a bicycle, and if I am riding it to work, you cannot be riding it to the shops at the same time. Physical things, as economists say, are “rival” in use. This fact is so obvious that we barely notice it, but it is of profound importance. It means the world of physical goods is one of scarcity: all too often there is not enough to go round.

Most societies in the world today have systems of private property based upon this physical fact of single-use. We make the social control of physical things exclusive because that aligns with the fact of exclusive use. If you own a house you decide who lives in it, and the law is built upon the realities of the world’s limited and rival physical resources.

On the whole, this has worked well up to now – usually much better than other systems that have been tried. Because our way of thinking has physical property at its heart, we have sought to include information in the same category, where it doesn’t belong, under the banner of “intellectual property”. In truth, information is fundamentally different. Its unusual and essential characteristic is its boundlessness, its non-rivalry, its capacity to replicate. When you share a joke with friends around a dinner-table they each have their own “copy”. As such, information is not like and should not be treated like tangible property.

Digital technology takes this property of information to another level. Once digitized – whether it is a photograph, an app or a symphony – information can be copied as often as we want and shared with anyone at practically no cost. Unlike physical things information can be reproduced miraculously to meet demand, making it different from the entire traditional basis of our economy. In this changed world, we need changed rules. Exclusive property rights made sense for physical property because of their scarce and rival nature: with one user, one owner. But digital information is different and its abundant and non-rival nature means it needn’t be exclusive, it can be Open.

Welcome to the Open Revolution.