In 2013, an experimental and educational project, conceived as a garden home for a school, was built at the heart of the green district known as ‘Duke’s Meadow’ on the Île de Nantes. The building’s roof was covered by 2,700 square meters of natural dunes. 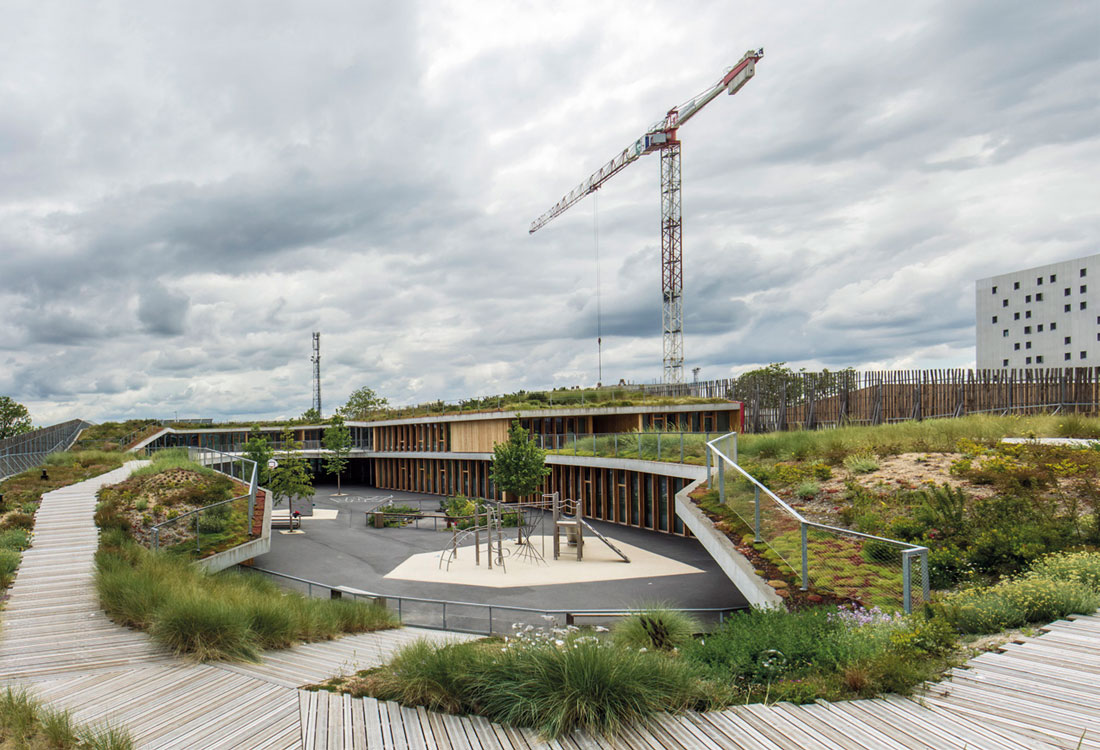 The objective is to create a green roof, relying heavily on a phytosociological approach to plant colonization and high biodiversity, but also a site that is easy to manage. On top of this dimension comes the educational aspect: the green roof situated on the first level is accessible to accompanied children. The moor and dunes vegetation of the European Atlantic coast has been recreated. 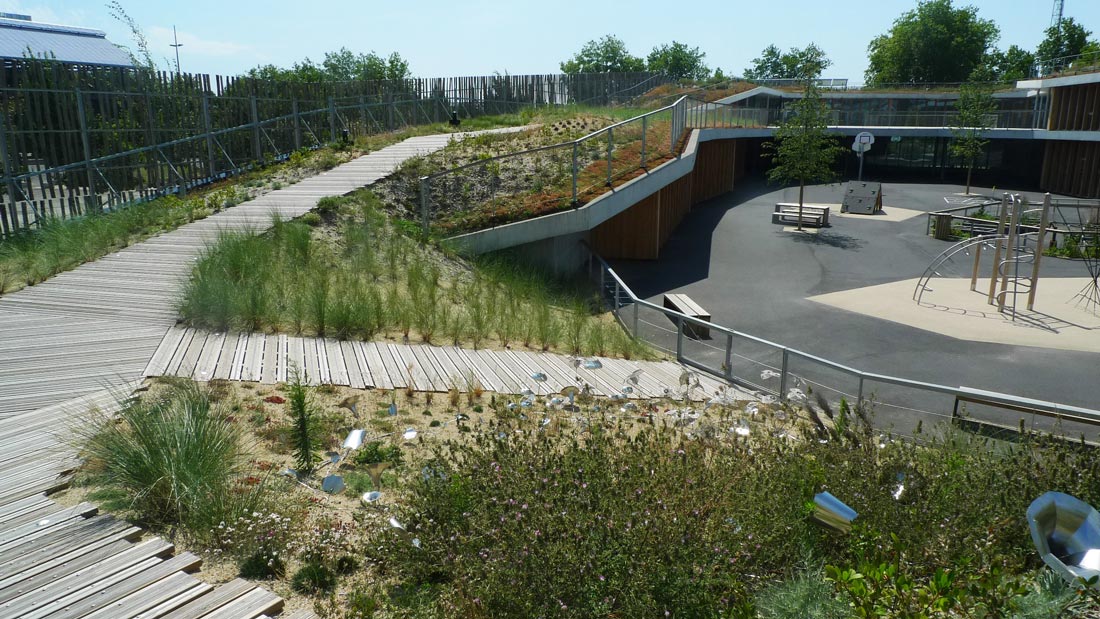 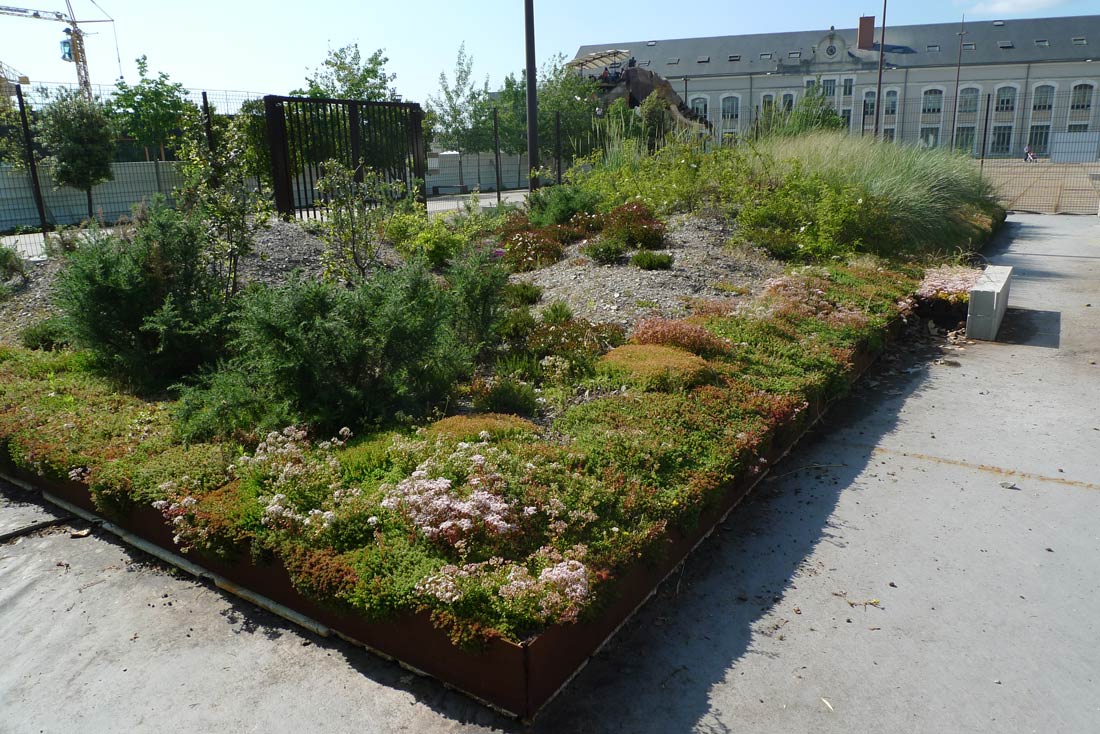 The project entails an important technical aspect (slope, substrate type and thickness, wild seed collection, water management, etc.). Thanks to research and a feasibility study on an experimental plant roof located near the project, it was possible to adapt the range of plants and planting techniques to the constraints of slope and gully, and of substrate and drainage. Scientific monitoring of planted weeds and plant dynamics over a two-year period led to the adoption of management procedures geared toward the control of opportunistic species and the reduction of maintenance costs. 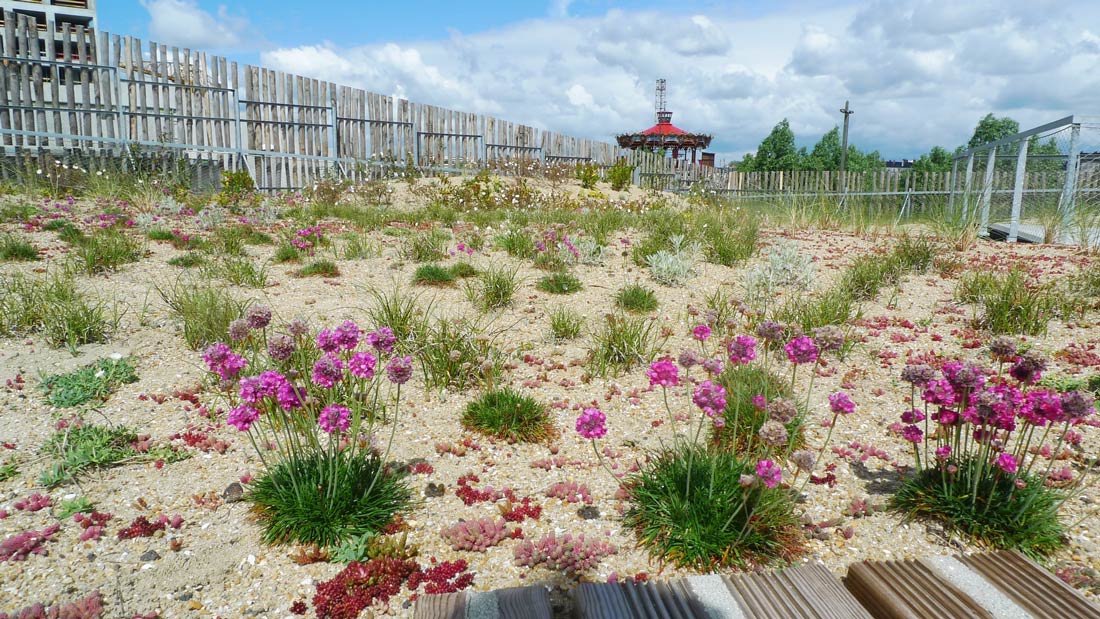 To reconstitute the natural habitats, mineral substrates (quarry sand + gravel + clay) were used; for the heathland, some natural heath substrate was added; and for the dune landscape, grit from the Loire was used, with sea sand on the surface. For the vegetation on the roof, the Nantes Botanical Garden and the landscape design studio Phytolab proposed a list of about 200 species, based on their own observations of dunes and moorlands. The project has received grants from the Regional Council of Pays de la Loire as an experimental innovative project combining green roofs and urban biodiversity. 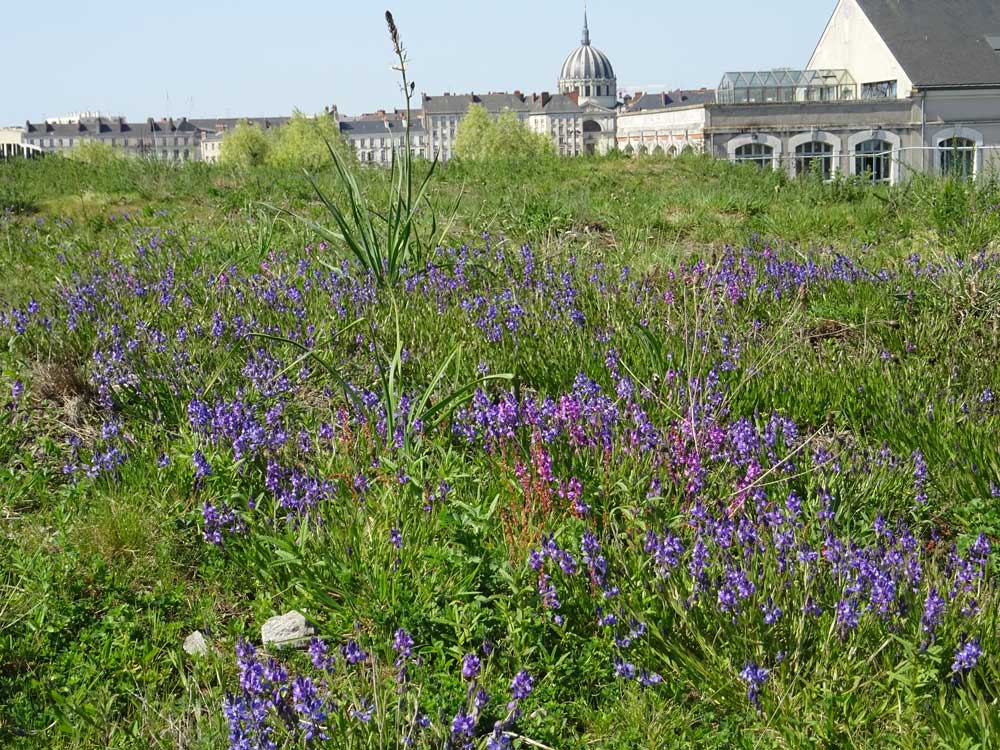 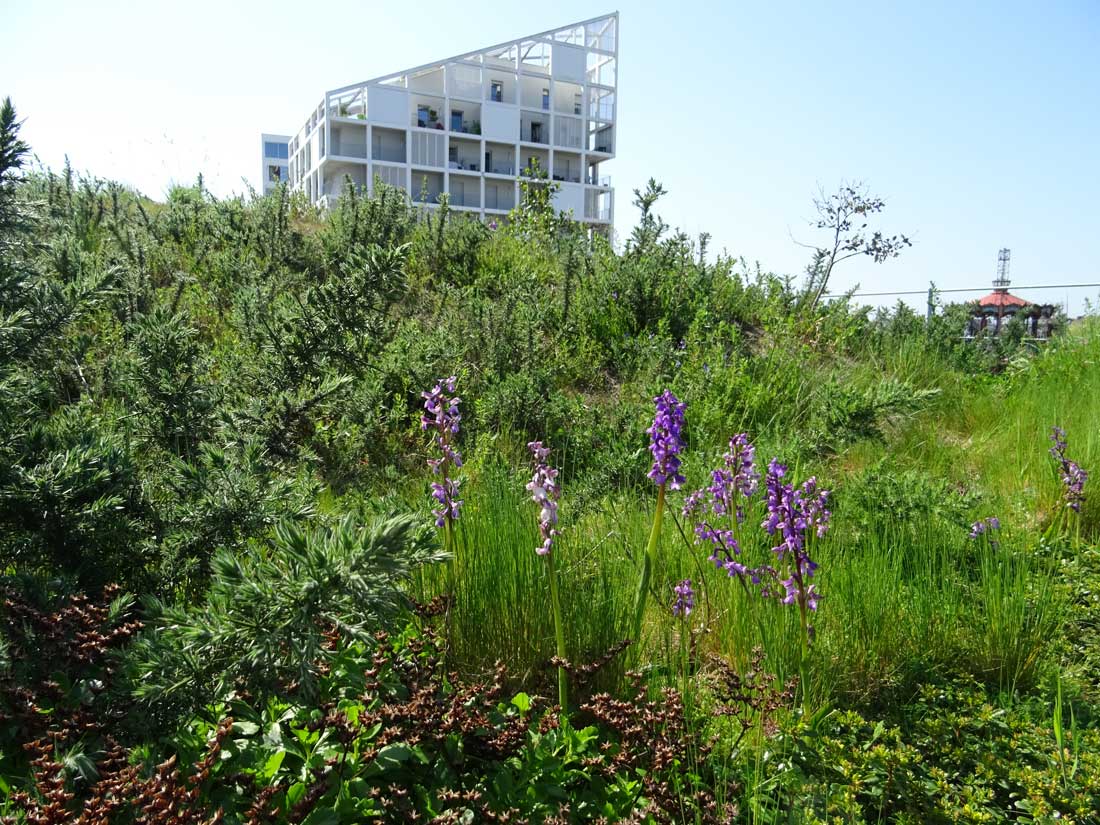 In five years, the original moorland landscape has developed into a complex mix of wastelands, meadows and short vegetation. In different spots, we find the early stages of colonization by the dry heath, with a lot of heather seedlings and moss. In the same area, we now see an increasing number of green-winged orchids, as well as large carpets of common milkworts, yellow rattles, and common centaureas. 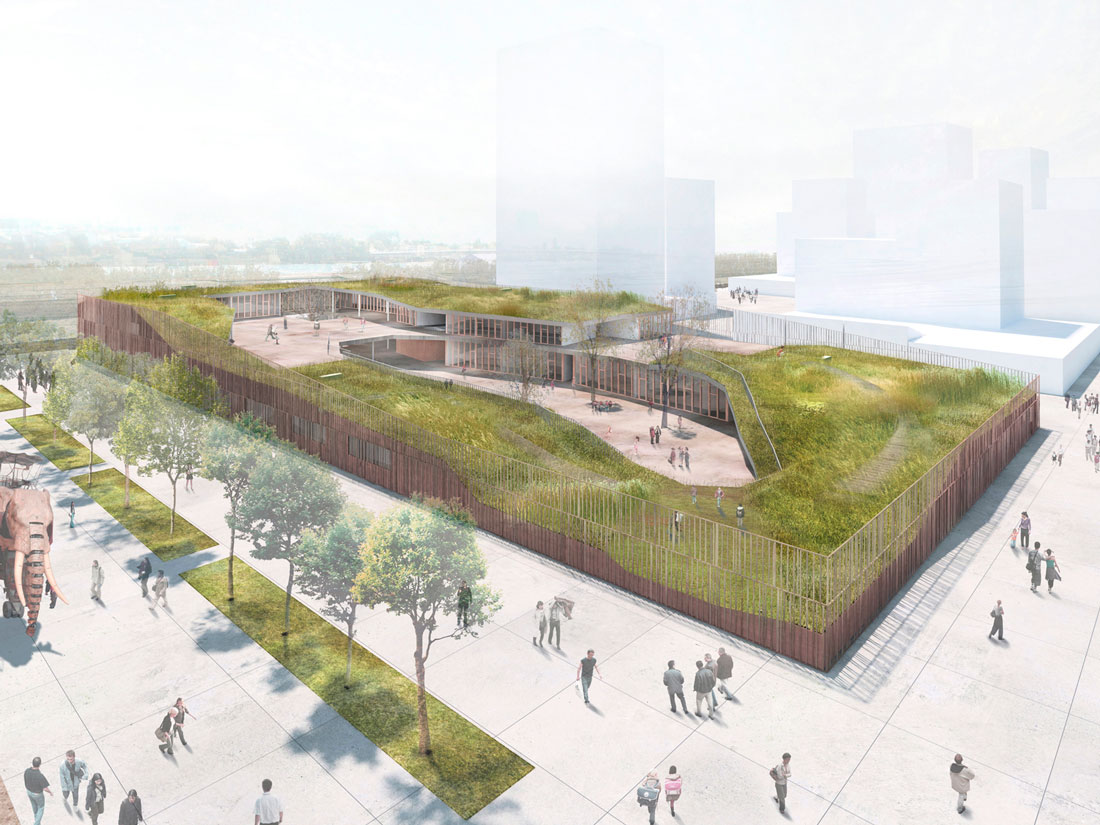 « University Facilities UDEP: a Learning Atmosphere in the Dry Forest
The Heart in Ikast: A New Meeting Point »