Since its construction in 1822, the Ourcq Canal has undergone many metamorphoses. From agricultural land to the capital region of France, from Paris to Greater Paris, from industrial transformations to cultural changes, from labor to leisure, the constant renewal of its banks confirms the French adage that one never bathes in the same river.

At a time of metropolization and territorial integration, the Ourcq Canal is the common thread in the reinvention of the capital. In the city of Pantin, just before the Paris ring road, converted giants like the Centre National de la Dance (former police headquarters), the Magasins généraux ( former “breadbasket of Paris” and now office of BETC, France’s top advertising agency) and the Grands Moulins (former flourmills and future offices BNPParisbas) have been revived by new tenants. When entering Paris, the canal crosses the small and big follies of the Parc de la Villette. Its banks are covered by joggers and cyclists, while the cafés, bistrots, museums and concert halls invite the strollers to take an entertaining break. 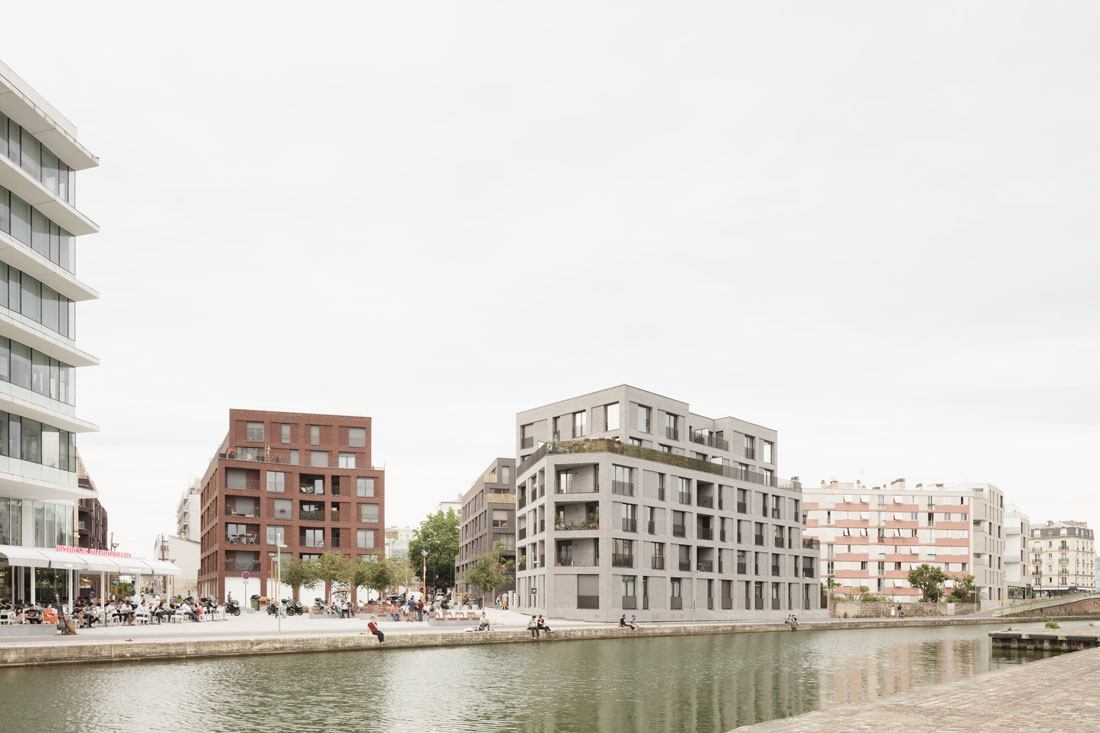 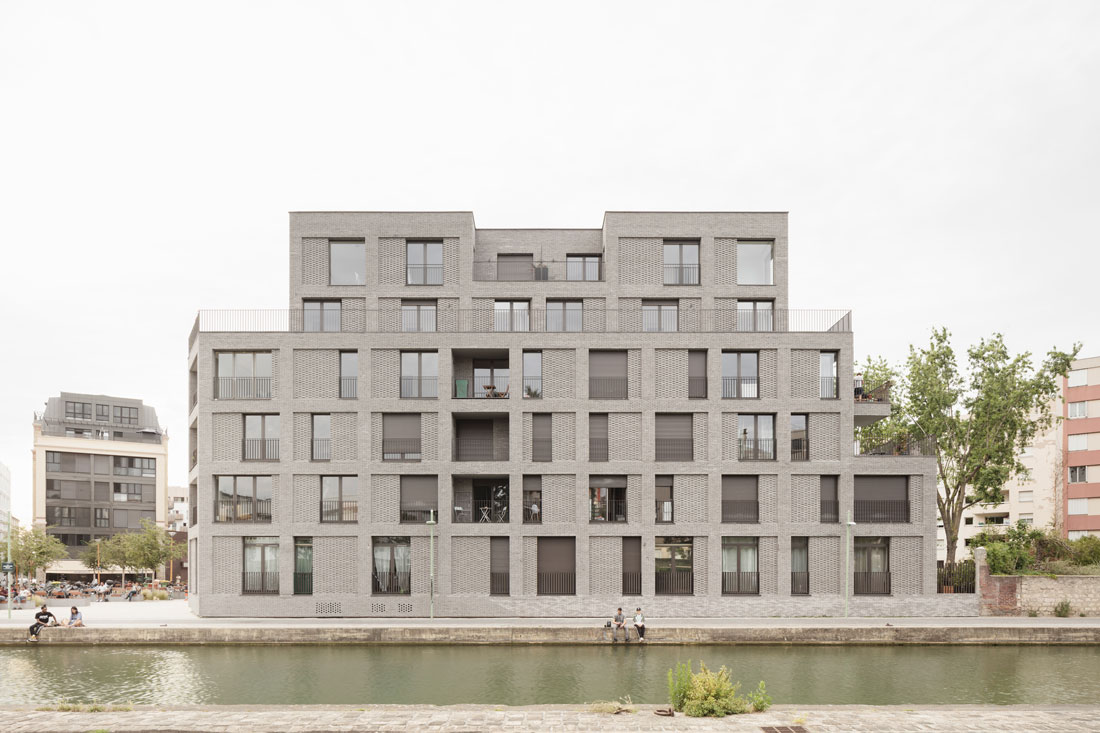 Avenier‑Cornejo’s housing project sits on an exceptional location by the water’s edge and beside a bridge leading from the Town Hall to the metro station. The site is crossed by a constant stream of passing and movement, on which the office based its strategy for the implementation of the master plan. 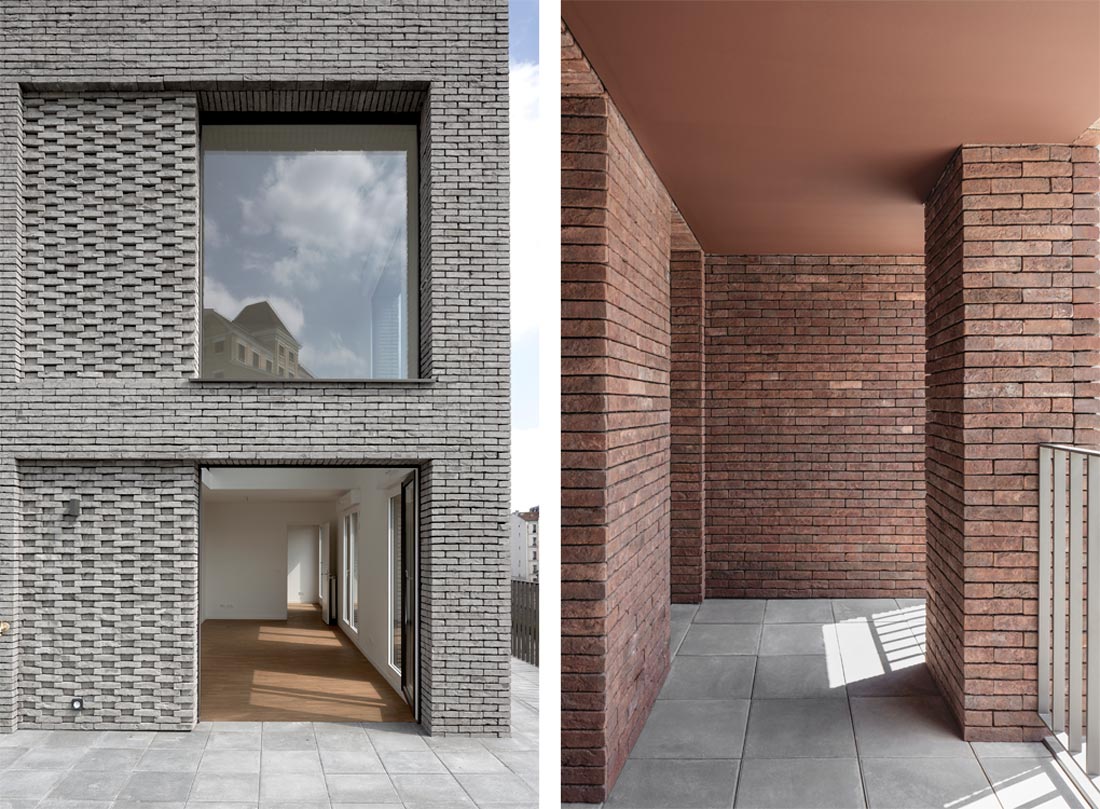 The architects chose to split the project into three entities and to arrange them in a half-star around a new public square. In doing so, they reaffirm the centrality of the site and provide all three buildings with an address on the square. This choice also made possible the introduction of a lush garden, which is visible from the banks of the canal. 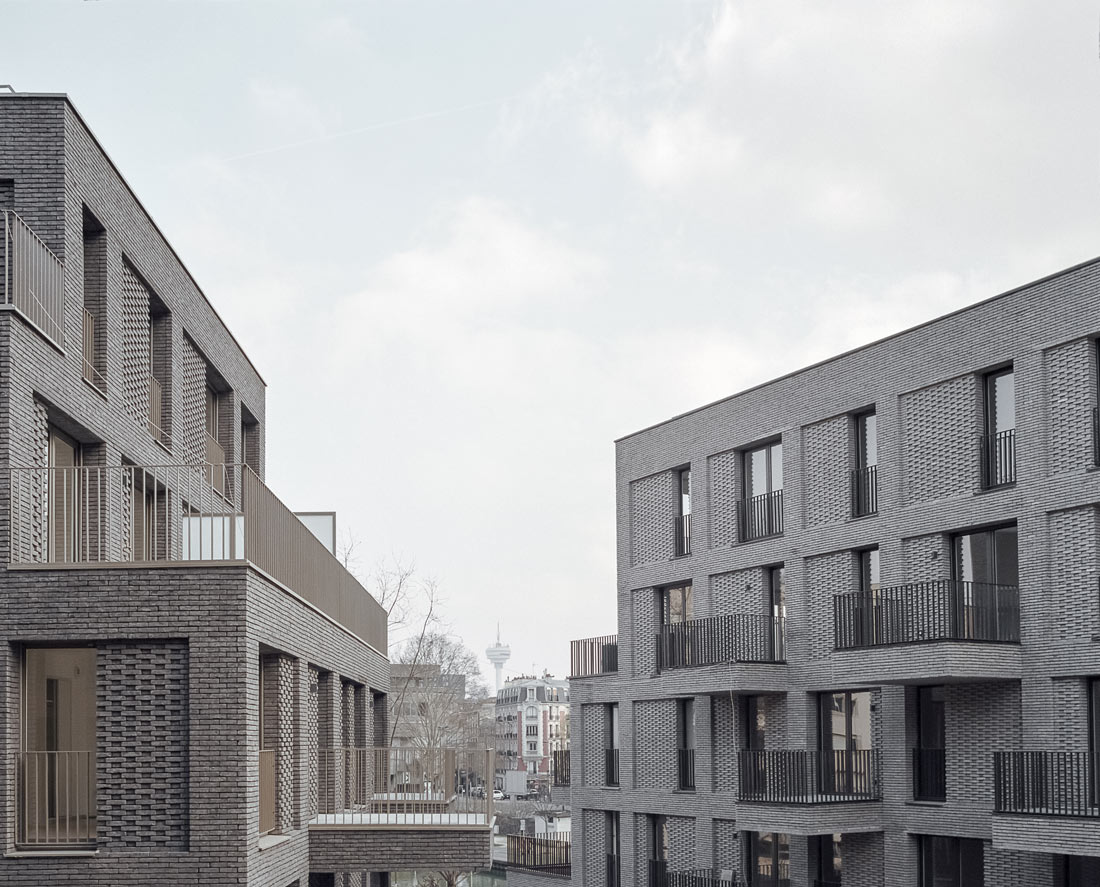 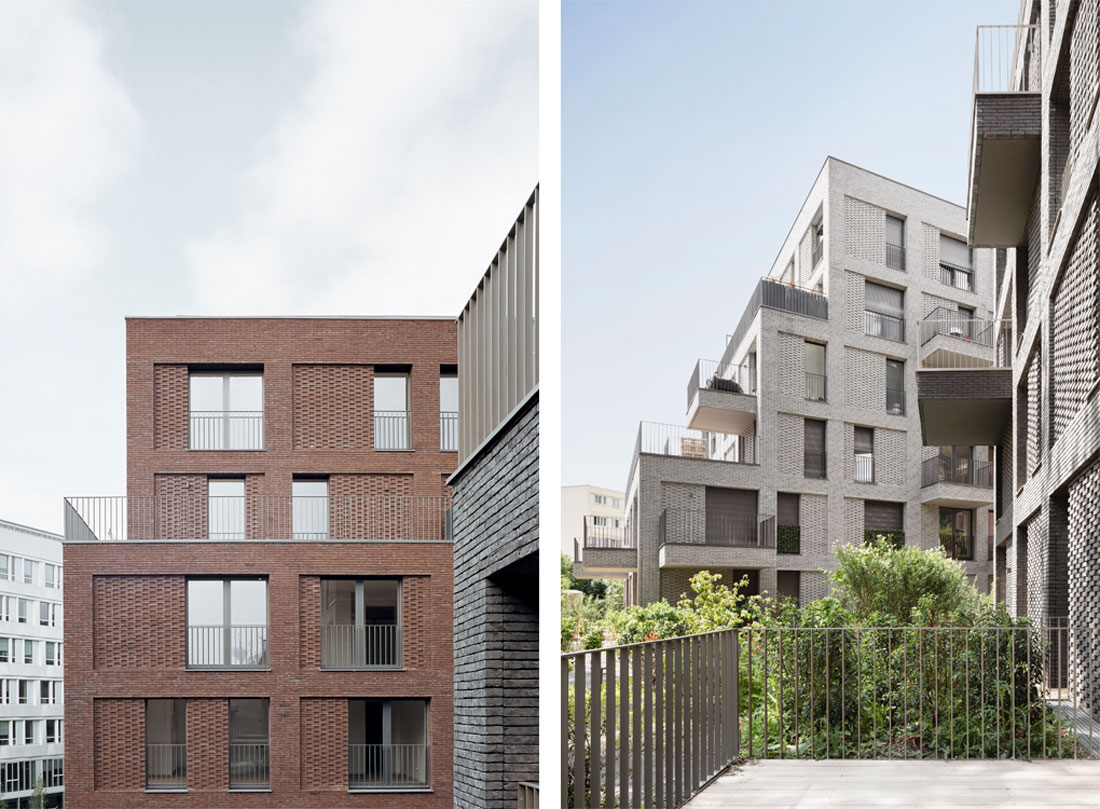 The three buildings react fully to these rich and complex surroundings. Conscious of the environment, they offer each apartment outdoor spaces (loggias or balconies) facing the garden, the canal and the square, so that their inhabitants can forge a strong connection with the exteriors. Conscious of the metropolitan scale and architectural heritage of the city of Pantin, they display façades of solid brick, a material both contemporary, environmentally friendly and familiar in industrial territories. In the transition from the public to the private, the architects treat the localization, morphology and materiality of the buildings with a refined exactness. Each building has a distinct shade – anthracite grey, light grey and red – contributing to an impression of diversity and homogeneity at the same time. In the same spirit, windows, shutters and balustrades are made of aluminum in different metallic tones. 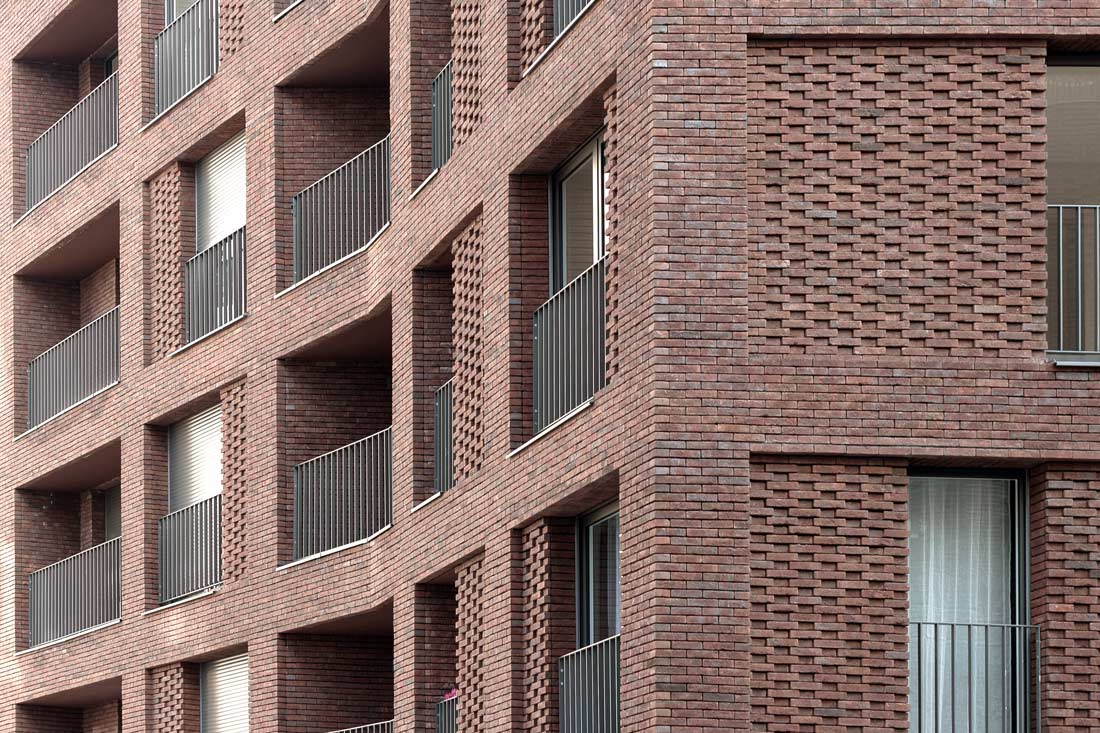 The layout of the apartments favors the fluidity of the living spaces, the brightness of the rooms and the optimization of orientations, conveying an image of both elegance and robustness. The ground floor apartments extend onto large private terraces opening directly onto the garden, thus transforming their location at the foot of the building into an asset. 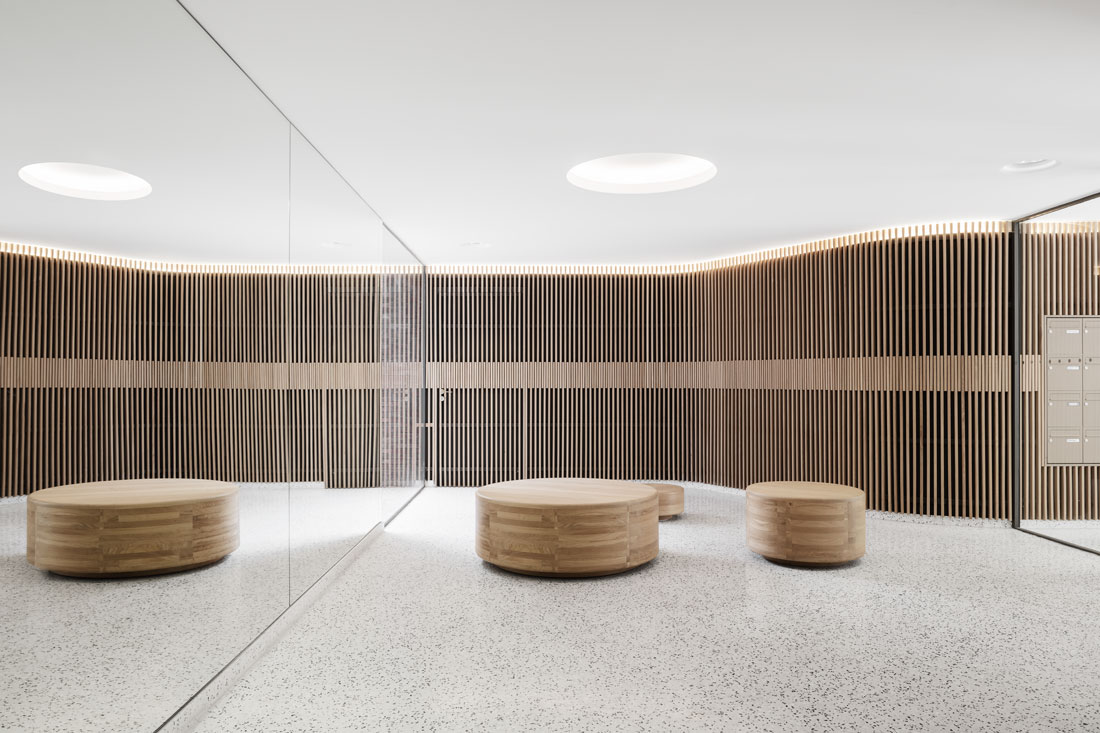 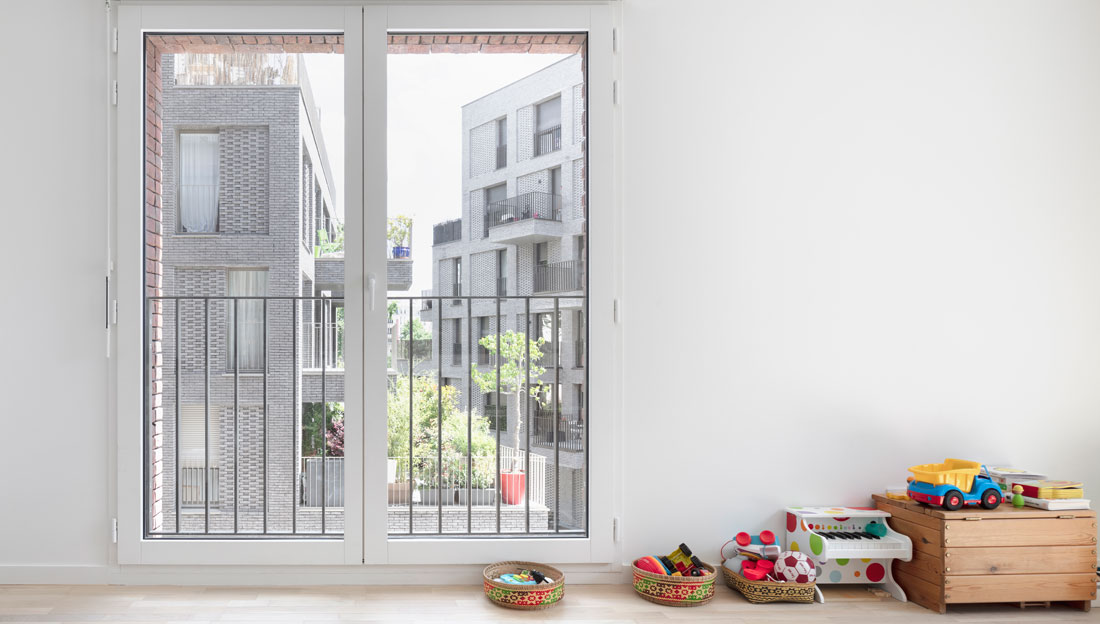 The choice of preserving the existing big trees on the plot means that the inhabitants are welcomed by a flourishing garden. In this garden, robust local species requiring little maintenance and watering were planted. Finally, entomophilous and low allergenic plants offered the added advantage of promoting the biodiversity of insects and birds. 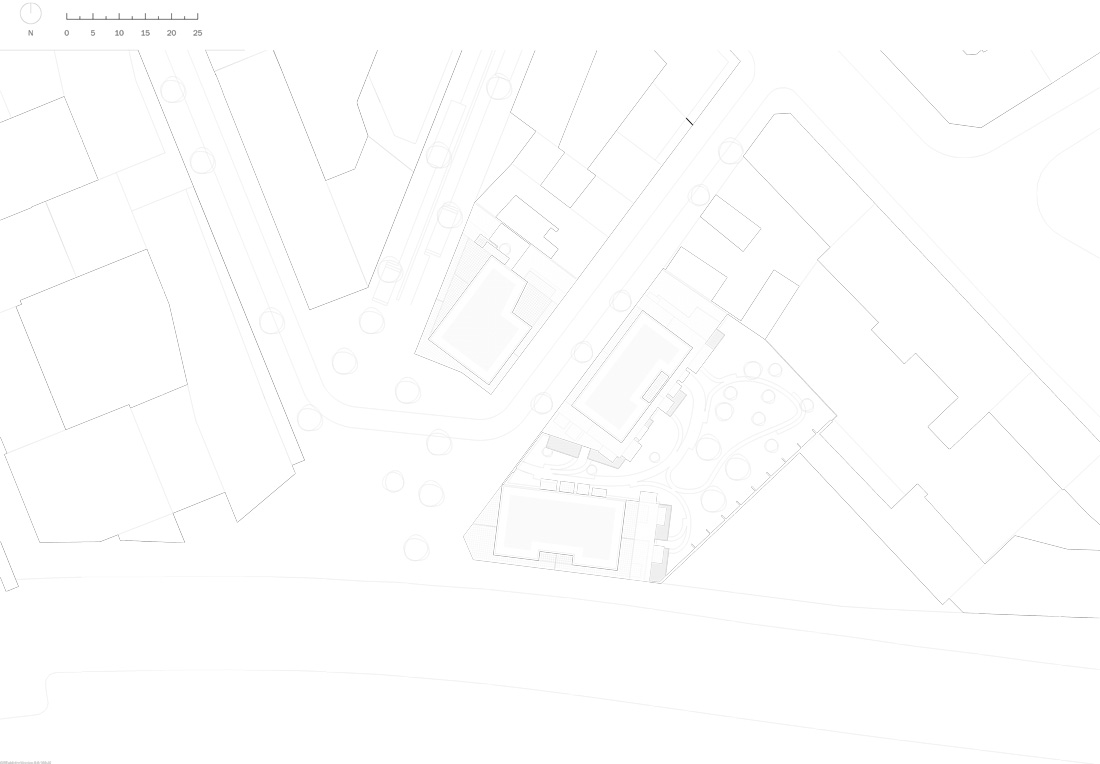