Distinguished by its sculptural, almost pixelated, poured concrete exterior, 2222 Jackson is both an easy material compliment to neighboring PS1 and an exemplar of its designer’s larger mission. Adept at working within—rather than against—zoning constraints, ODA has once again focused on innovating architectural morphology in the interest of improving not only its residents’ everyday experience, but their general quality of life. 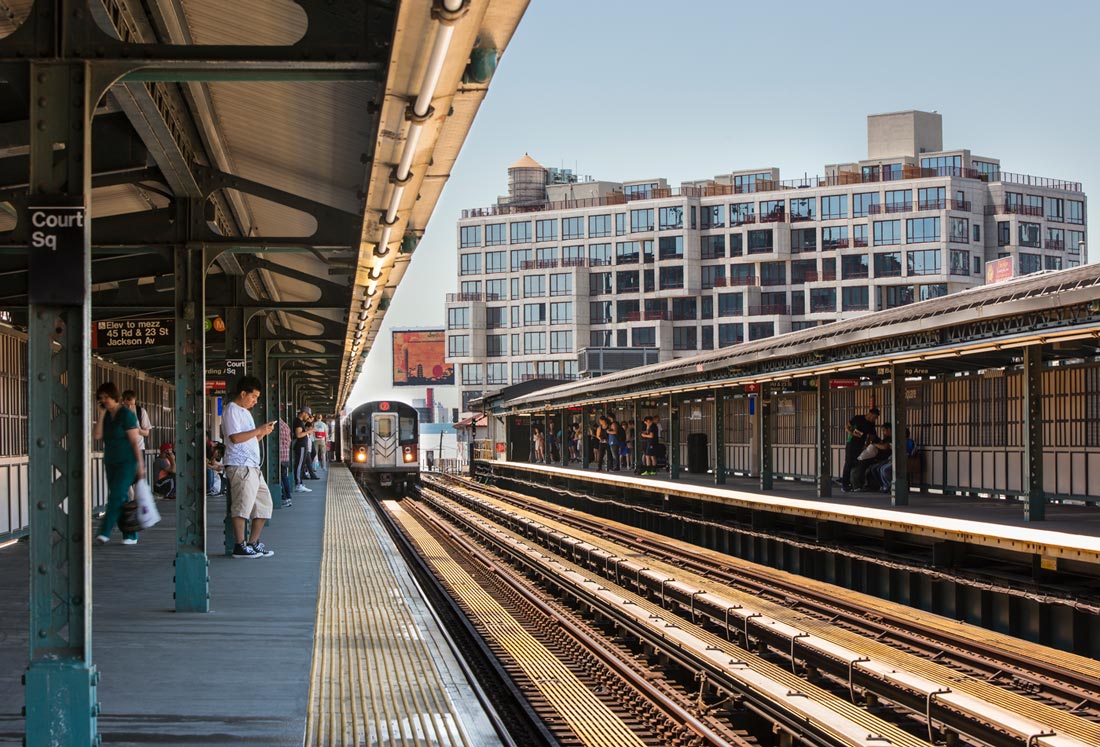 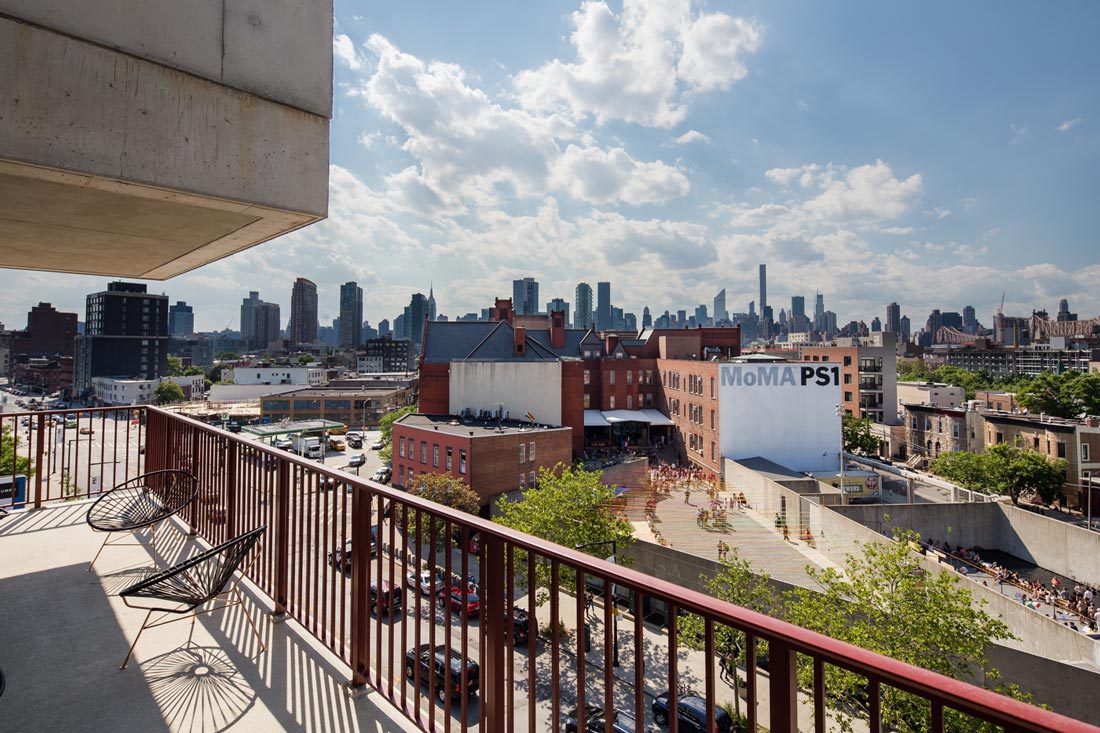 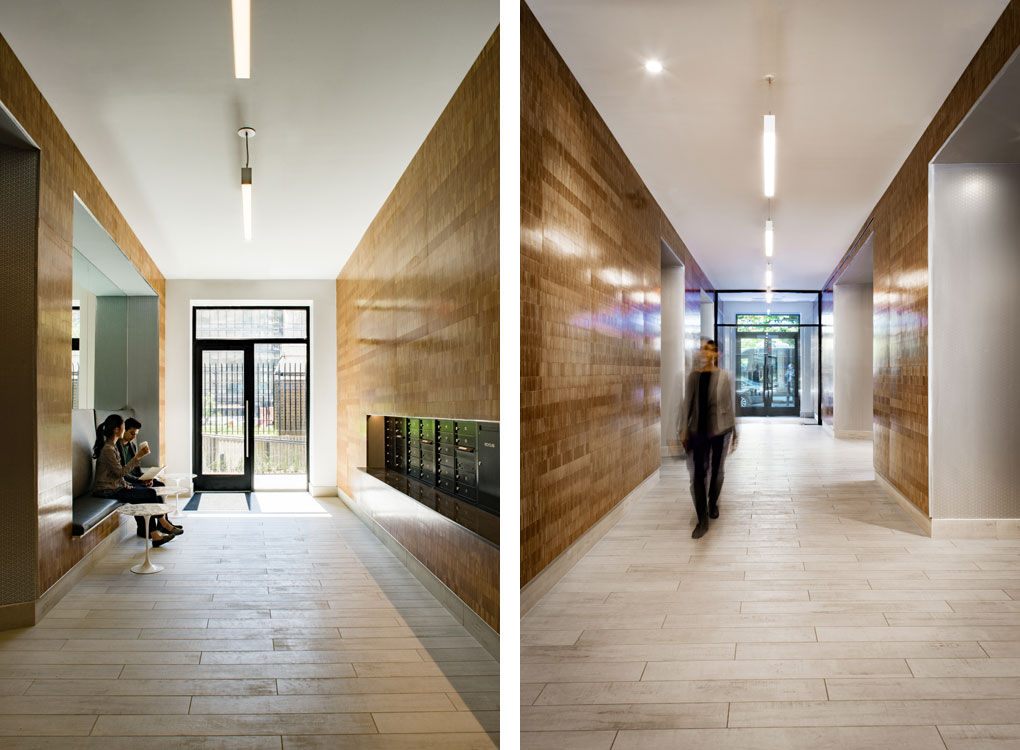 Inventive use of individual modules forms the foundation for 2222 Jackson, yielding its distinctive silhouette. Jackson was conceived, first and foremost, as a simple, modular grid comprising a sequence of bays, each twelve feet wide. Studio apartments are 32 feet in length and occupy the width of one bay, while the one, two, and three bedroom units are each 25 feet long and capture two, three, and four bays respectively. 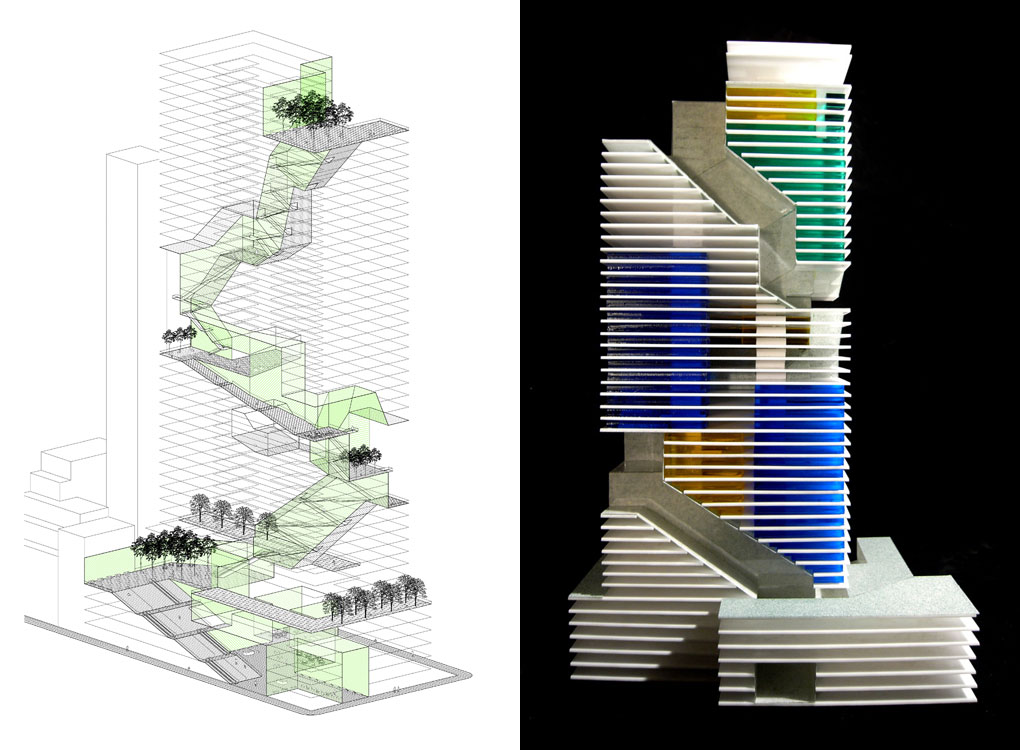 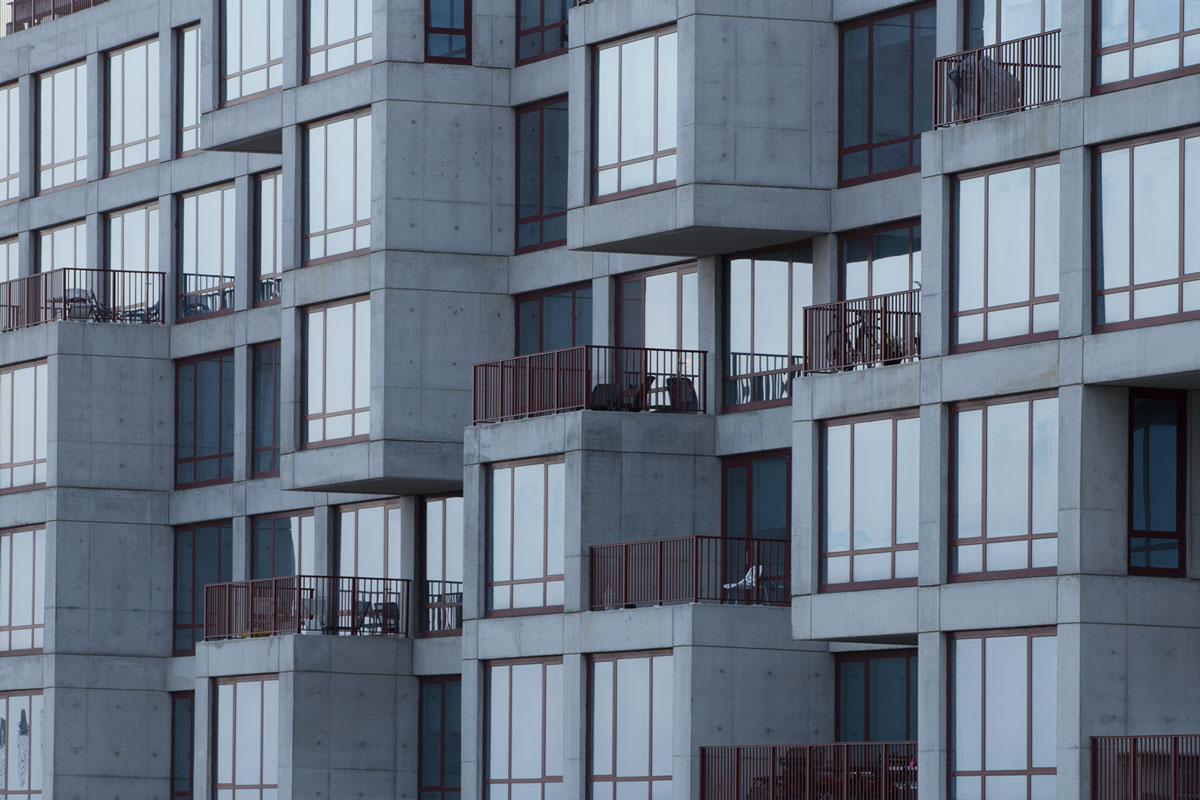 The ultimate result is a substantial increase in available outdoor space (30% more than the original footprint would have allowed) distributed over a powerful composition of 50 terraces scattered along the exterior—a three-dimensional cascade of life and activity. 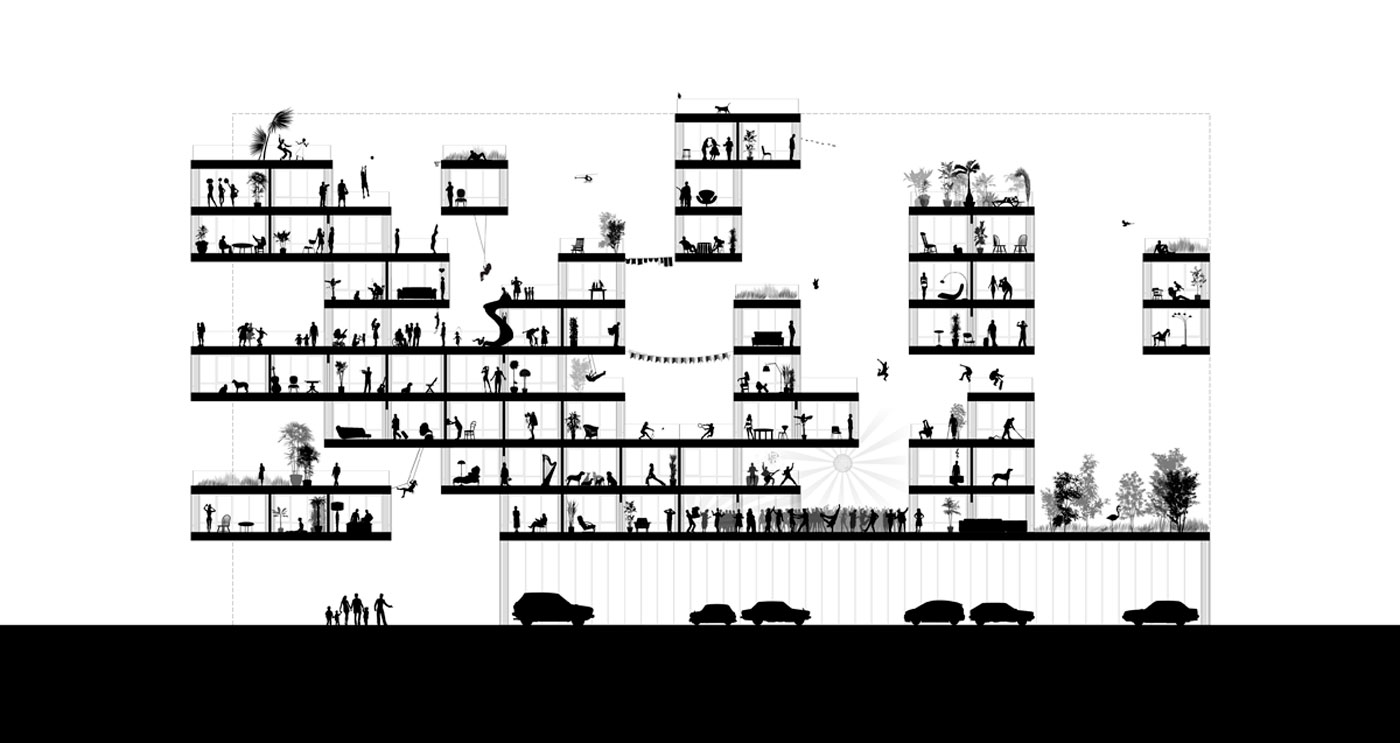 By playing with the massing in this way, ODA rejects what would otherwise be a generic rental box, instead producing a new template for working within common zoning constraints: an axonometric structure with a uniquely articulated façade accommodating substantial outdoor areas (highly coveted though often conventionally impractical amenities in many urban environments). The firm’s straightforward, modular design also allows for vastly increased flexibility and adaptability in layout, while simultaneously facilitating a simplified, streamlined, and highly efficient construction process. 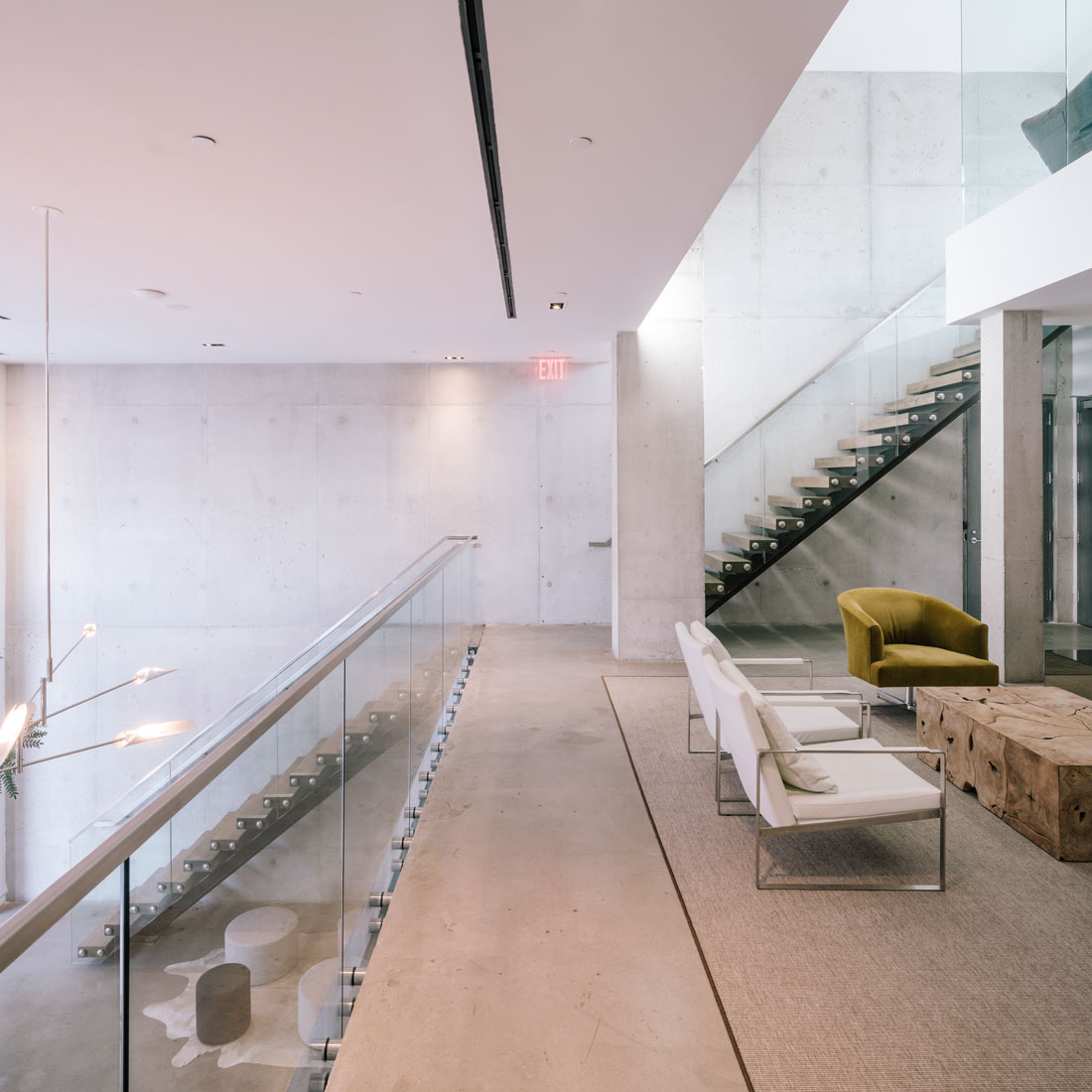 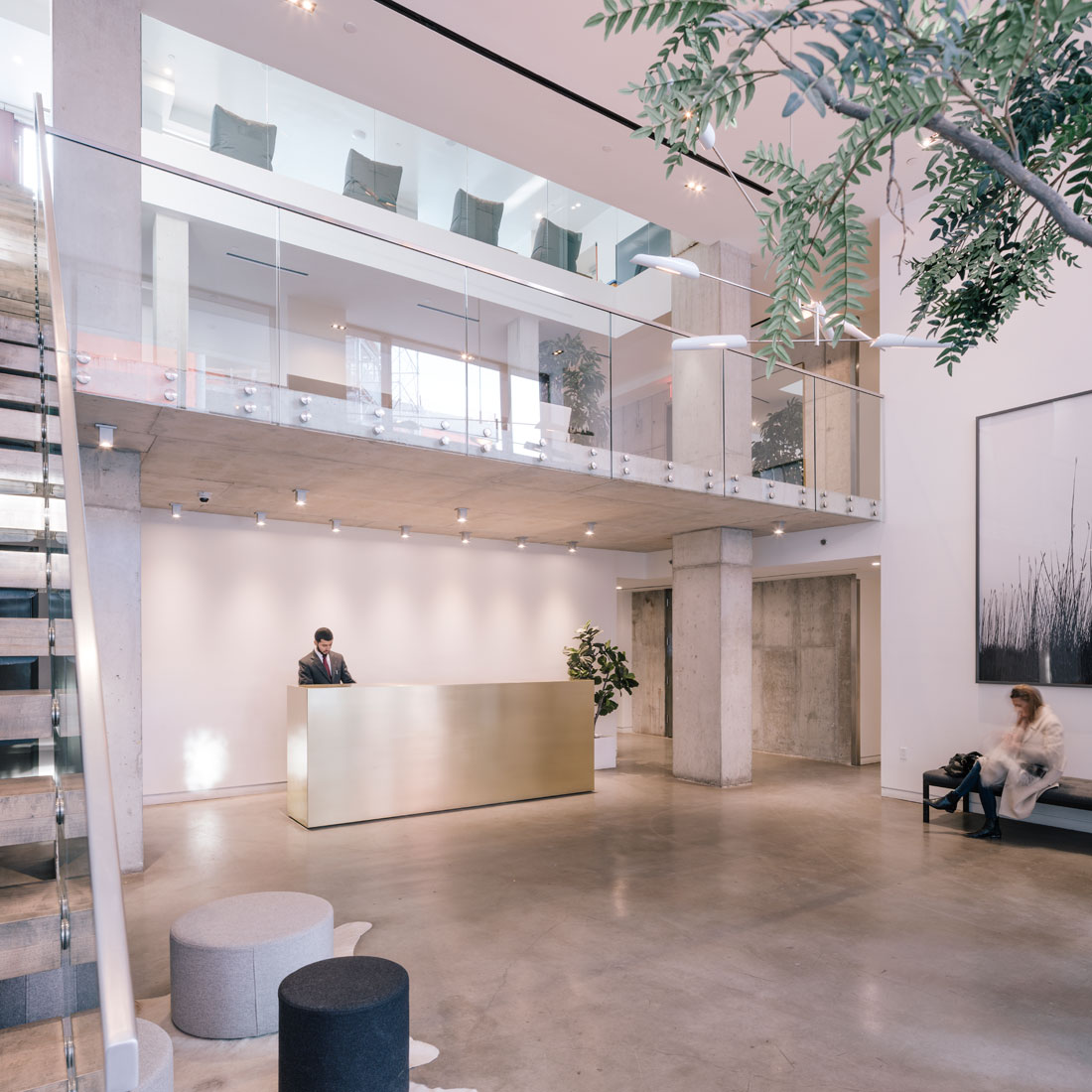 Inside 2222 Jackson, the exterior material palette is mirrored in large swaths of exposed concrete suffusing the triple-height lobby. And throughout the building, ODA installed a multitude of high-end appointments and amenities: an amenity club—complete with airy, sky-lit indoor pool and adjacent landscaped terrace, residents’ lounge, and state-of-the-art fitness center—graces a third floor mezzanine. An expansive rooftop deck provides sweeping views of Manhattan. 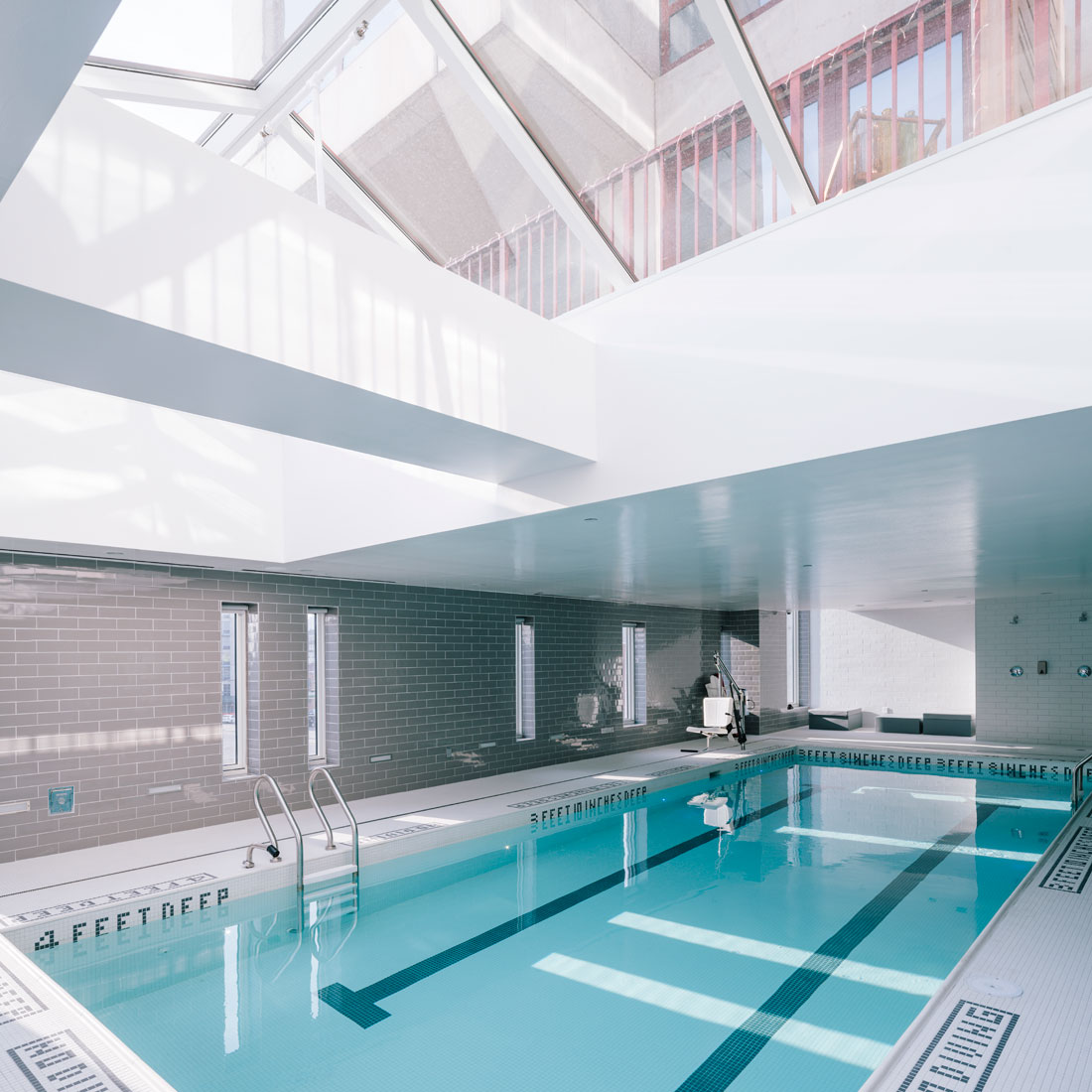 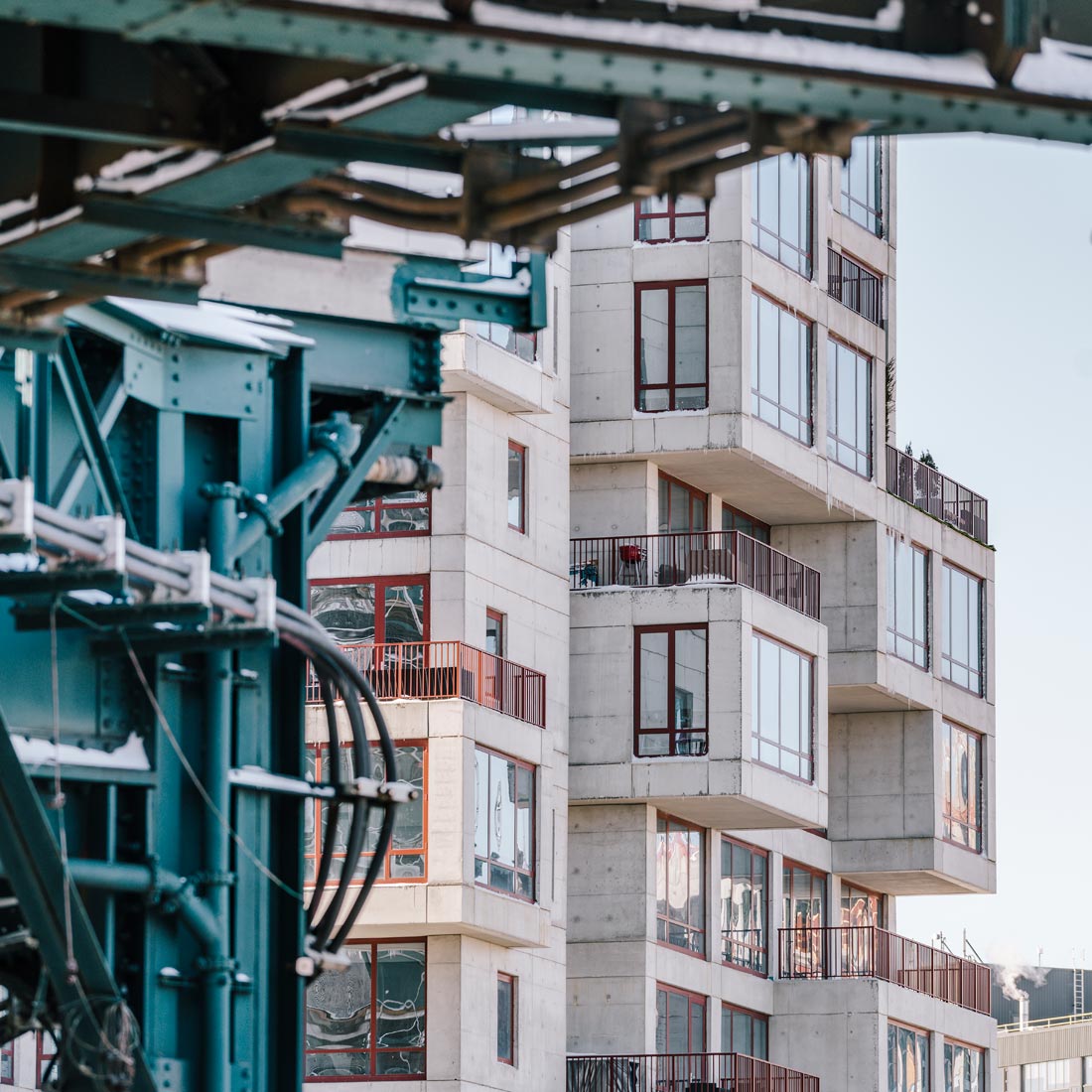 « The Place that Remains: Density and Insularity
251 1st Street: A Cascade of Setbacks and Terraces »