Designed by landscape architect Adriaan Geuze and his team from West 8, The Hills on New York’s Governors Island are the culmination of the award-winning Governors Island Park and Public Space Master Plan completed in 2010. Rising 25 to 70 feet above the Island, the Hills offer an extraordinary 360-degree panoramic experience of the New York Harbor. The opening of the Hills marks a major milestone in the transformation of Governors Island from an abandoned military base into an iconic destination for New Yorkers and visitors alike. 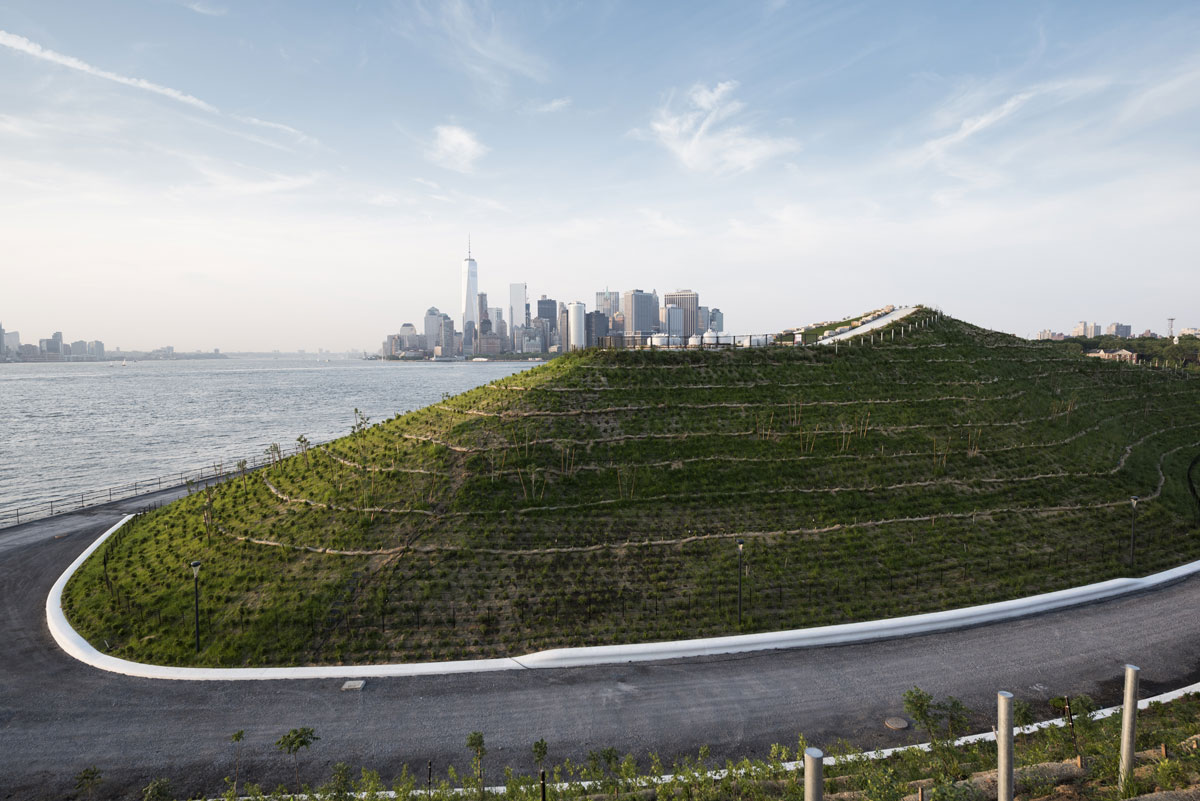 The Hills are located on Governors Island, a 172-acre island in the heart of New York Harbor, 800 yards (730 m) from Lower Manhattan and 400 yards (365 m) from Brooklyn. The Island is reached by a 7-minute ferry ride from the Battery Maritime Building in Manhattan or Pier 6 in Brooklyn Bridge Park. 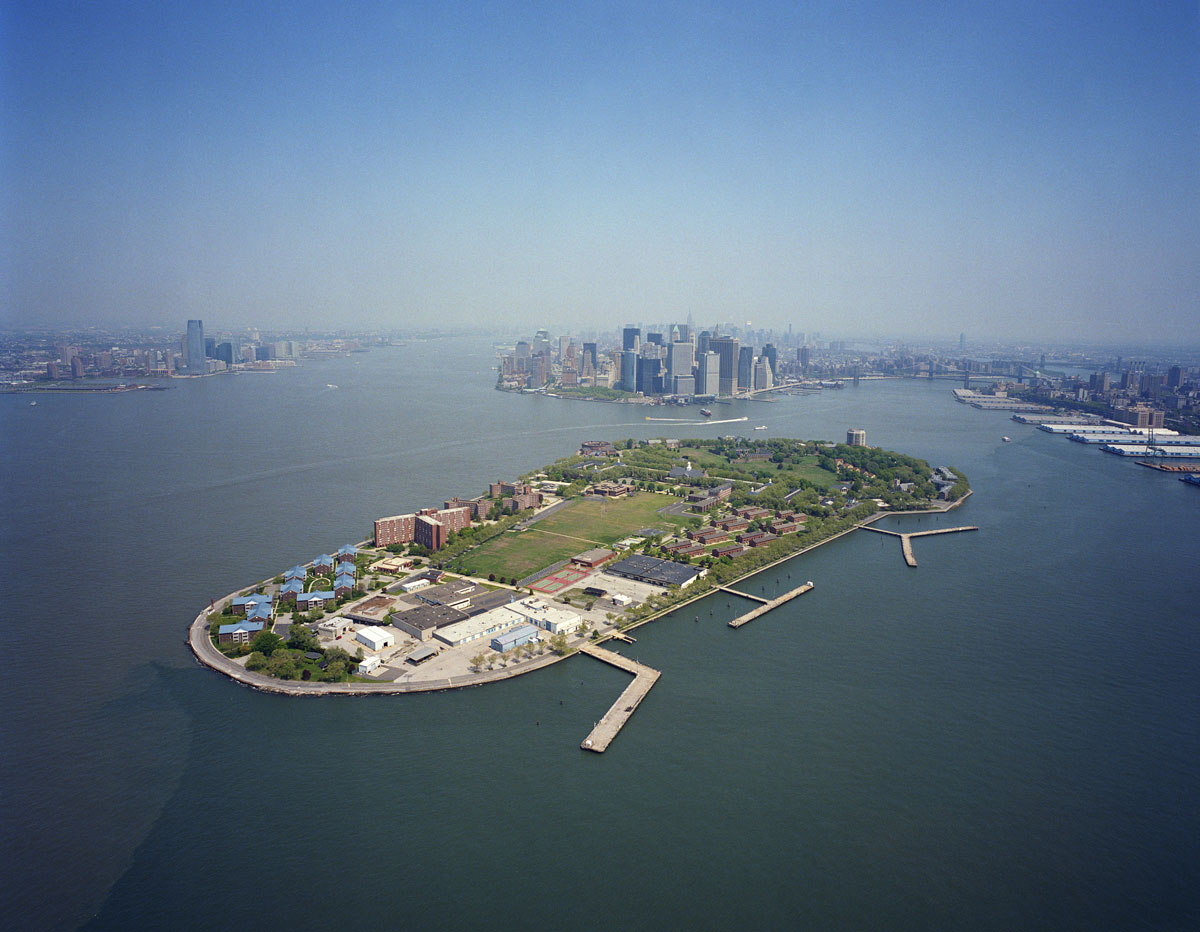 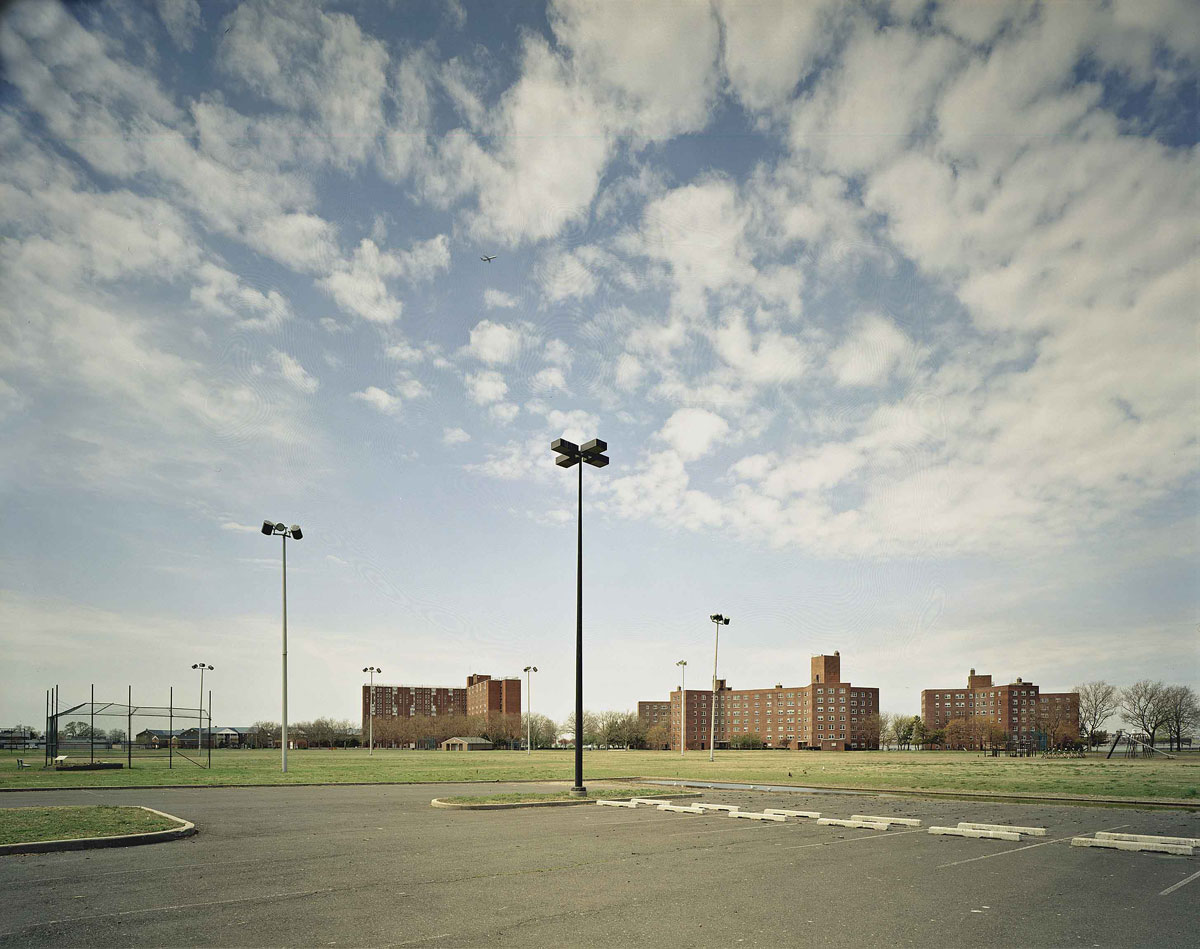 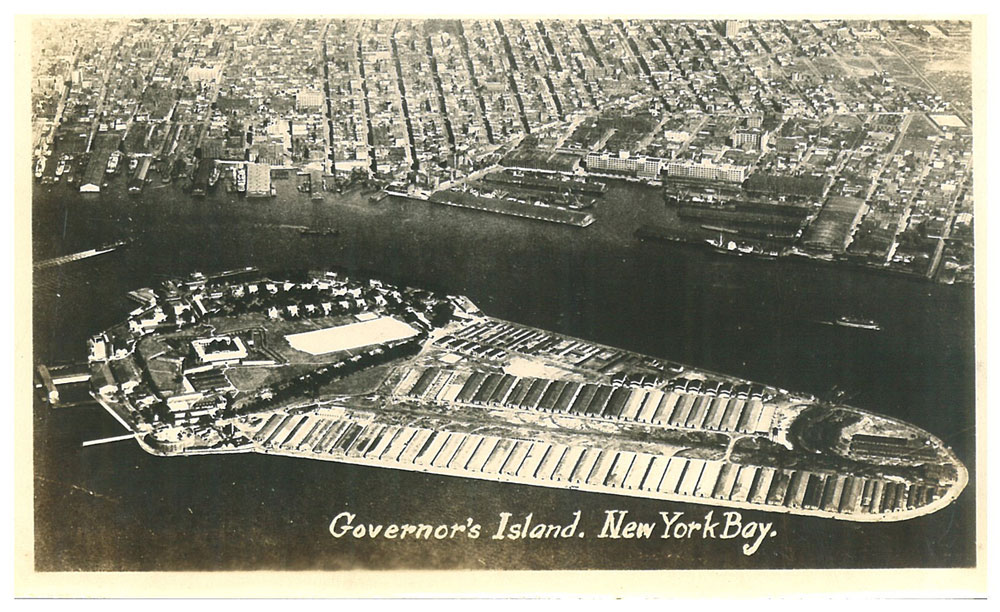 The Hills are the climax of the Park and Public Space Master Plan. Built from a combination of salvaged fill, clean fill, designed soils and structural support, the height and slope of the Hills create complex gradations of planting conditions based on light, aspect and grade. As a result, the planting strategy for the Hills is the most complex from an aesthetic, experiential, and technical standpoint. 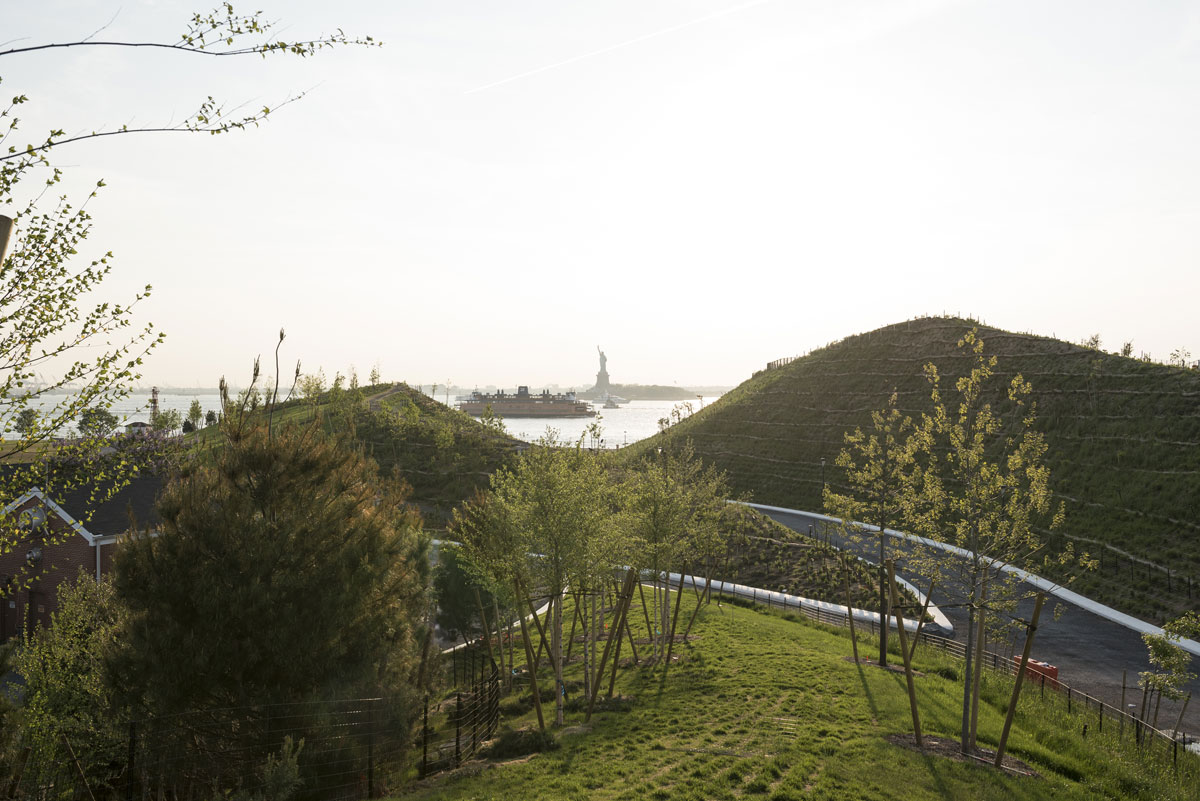 As visitors climb the paths the view sheds are controlled through the massing of the trees and shrubs. Trees along the pathway are placed to provide views at key moments, and trees on the slopes of the Hills are planted at elevations that will not inhibit 360-degree views from the top of the tallest hill. 830 trees are planted on the Hills in a mix of sizes, both B&B and containerized, comprising 32 tree species. Plant species selected are tolerant of a variety of site conditions; salt, exposure, slope, and experience. The Hills canopy planting strategy utilizes a mix of native and adapted deciduous hardwood trees with a focus on the Oak canopy.

Red, Black, Scarlett and Swamp White Oaks dapple the Hills, acting as a continuation of the Park Phase 1 planting strategy.

Special groves inserted within the oak forest provide accents in the landscape; from the Sassafras grove leading into Liberty Moment to the grove of Birch and Pine providing a shaded canopy at Slide Hill.

Planting is used to accentuate view corridors, such as the red foliage of the sumac ravine as visitors pass through Liberty Moment in the fall.

The planting palette provides accents of color as it draws visitors’ attention to the unparalleled views of the Statue of Liberty, while the wooded forests are thoughtfully planned to create “viewing corridors” to the sights of the Island and the Harbor. 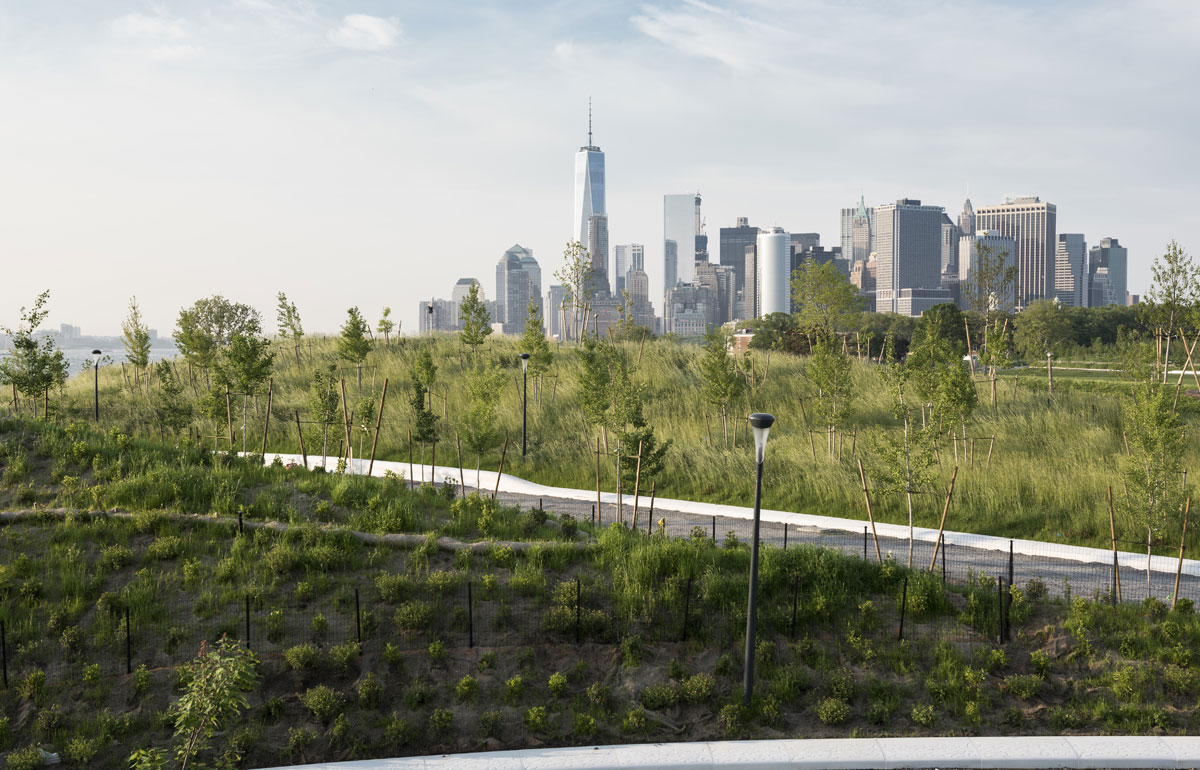 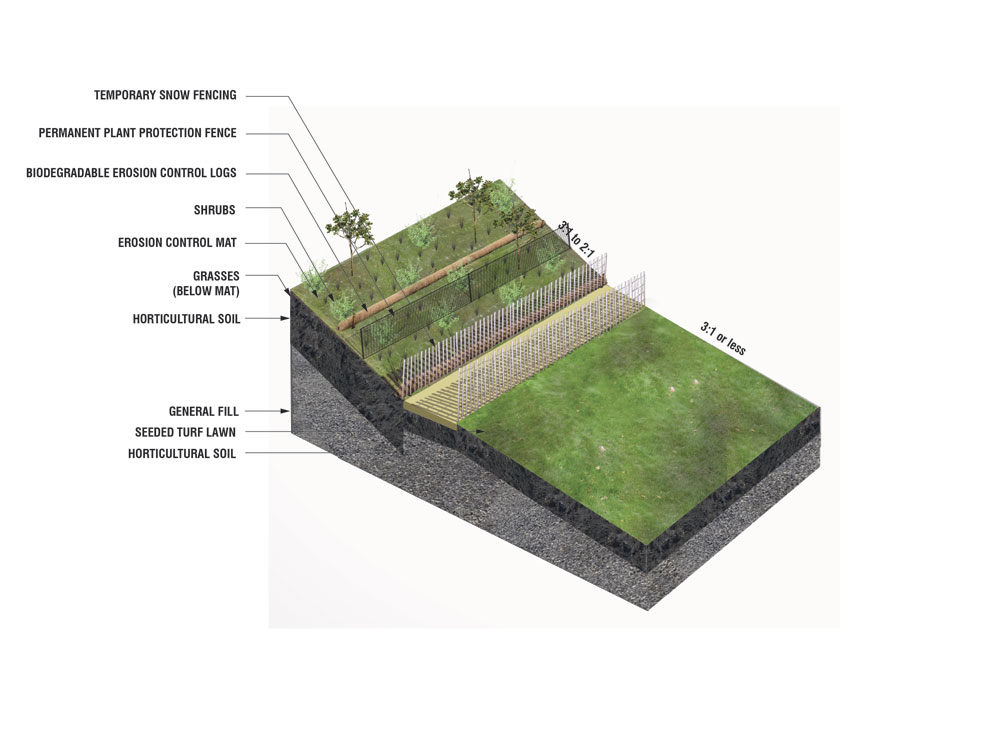 Over 40,000 shrubs, comprising 19 species of planting cover nearly 5 acres of the Hills. Shrub selection and location corresponds to site conditions; salt, exposure, slope and experience. Shrub installation sizes, both gallon and quart, and spacing relate to specific technical needs including erosion control and slope stability. Shrub species are grouped into mixes of varying concentration, which accentuate the experience of the Hills. 37 total shrub mixes allow for ecological transitions as a response to experience and site conditions.

Imagine the red foliage of blueberry shrubs as visitors walk down the Discovery Hill ridgeline.

Experience the monochromatic, monumental view of inkberry, huckleberry and sumac plantings on the harbor face of Outlook and Discovery from the Staten Island Ferry.

A flush of yellow spring flowers of New Jersey Tea and Summersweet greet the visitor at the entry to Outlook.

West 8’s master plan for the island unifies the north and south island through tree plantings that are integrated with newly sculpted topography throughout the south island. By designing the two coincidental to each other, the north island experience of sunny and shady rooms will continue all the way to the south tip of the island – enhancing the feeling of intimacy in some areas and creating new views of New York Harbor in others.

“Hammock Grove,” opened in 2014 and is named for the red hammocks throughout the botanic grove of new trees. The hammocks today are strung on special posts, but they will swing from the shade trees once they are tall enough to support them. Hammock Grove provides a ten-acre area of filtered light and shade. New trees are planted to act like scrims – shifting, hiding, and revealing spectacular views of the Statue of Liberty to visitors walking along the gently winding paths. The native plant palette in Hammock Grove is based on the oak-hickory-chestnut community that was originally on the island. (Native Americans in the region referred to the island as “Paggank” which translates to ‘nut island.’)

The design of Hammock Grove entails the creation of an entirely new grove of trees, and features a mix of techniques to help support the young trees in the challenging harbor environment. The team tagged over fifty species of trees in seven states to support the diverse plant palette, which includes eight oak species and four hickory species. 5,800 seedlings, 1,482 one-inch caliper trees, and 448 balled and burlapped trees are planted in an organized grid layout to facilitate early management. The grid will be visible in early years but over time, as the forest forms and trees are culled, the grid will become less visible. Tulip poplar and alnus seedlings are used as nurse species to buffer island conditions, helping the other trees to adapt and grow tall. As the forest matures, many of these sacrificial species will die off or be removed to allow the other species to achieve full form. All of the trees are planted in new soils designed for the island and are under planted with meadow grasses.

The entire grove is lifted topographically from existing grade in anticipation of sea level rise, and to prevent the tree roots from experiencing the brackish groundwater below. Urban dwellers from New York and beyond will come to Hammock Grove to experience the seasons – spring’s first leaves, summer shade, and fall colors – and to walk, bicycle, sit under a tree, or nap in one of the colorful namesake hammocks. Hammock Grove’s filtered light will create different moods in different weather, providing a memorable park experience and endless opportunities for future programs and gatherings… a true urban forest for the twenty-first century city.

The Hills are constructed from recycled demolition debris, general fill and lightweight pumice. The materials are stabilized with geotechnical reinforcement. The recycled debris is from old residential buildings and parking lots that were demolished on the site. 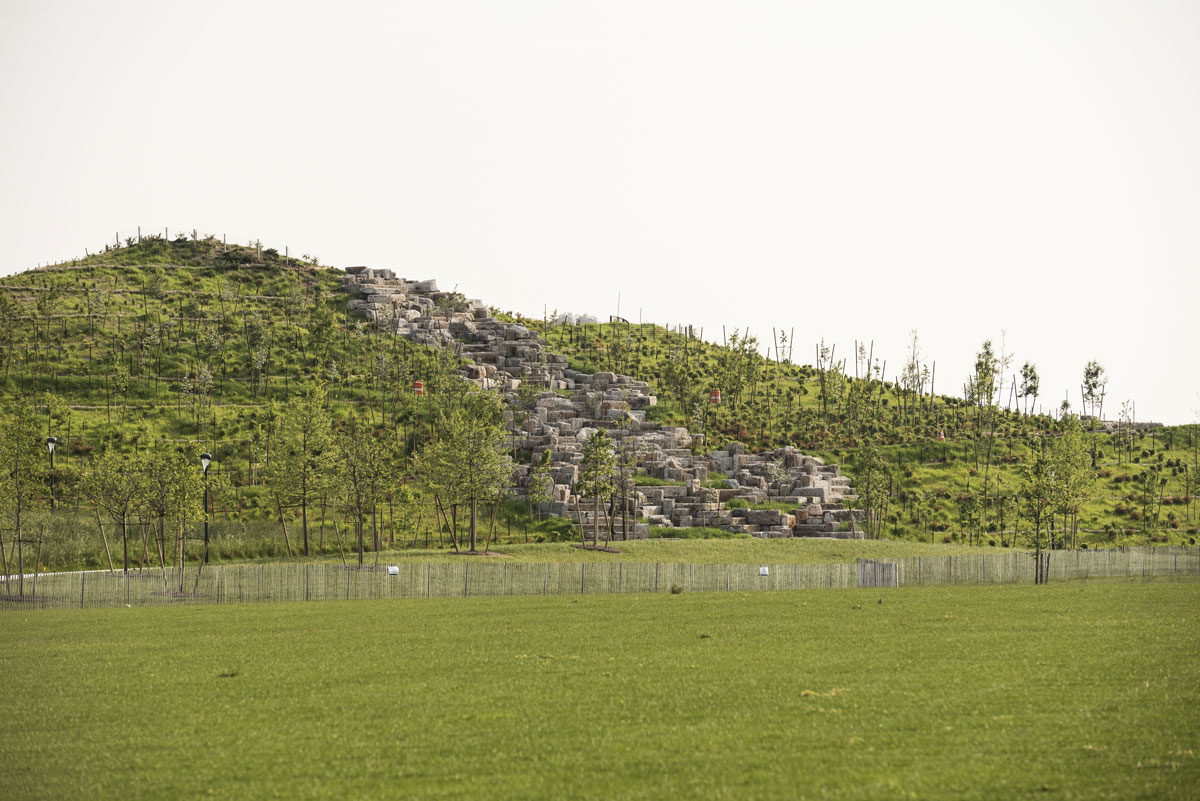 The central issue that drove the engineering of the Hills was global stability- if the Hills were too heavy their weight could cause not only failure of the seawall but also of the underlying fill of the Island itself. The use of pumice stone inside Outlook Hill lightens the weight of the hill at the southern portion of the Island, which was also created from of fill material excavated from the Lexington Avenue subway construction in the early 1900s.

After covering the Hills in high-quality topsoil, a diverse selection of more than 860 new trees, 41,000 new shrubs, and grasses were planted.

Edging throughout the Hills is made of precast concrete and embossed with a pattern that references the marine life of the harbor. A look down from the hilltops reveals striking patterns, distinct “petals” of green parkland outlined by the bright white concrete edging.

Reclaimed granite blocks from the Island’s former seawall were used to create the Scramble, a feature that offers visitors an opportunity to climb to the top of the Outlook Hill. There are also universally accessible paths up Outlook Hill and to Slide Hill. 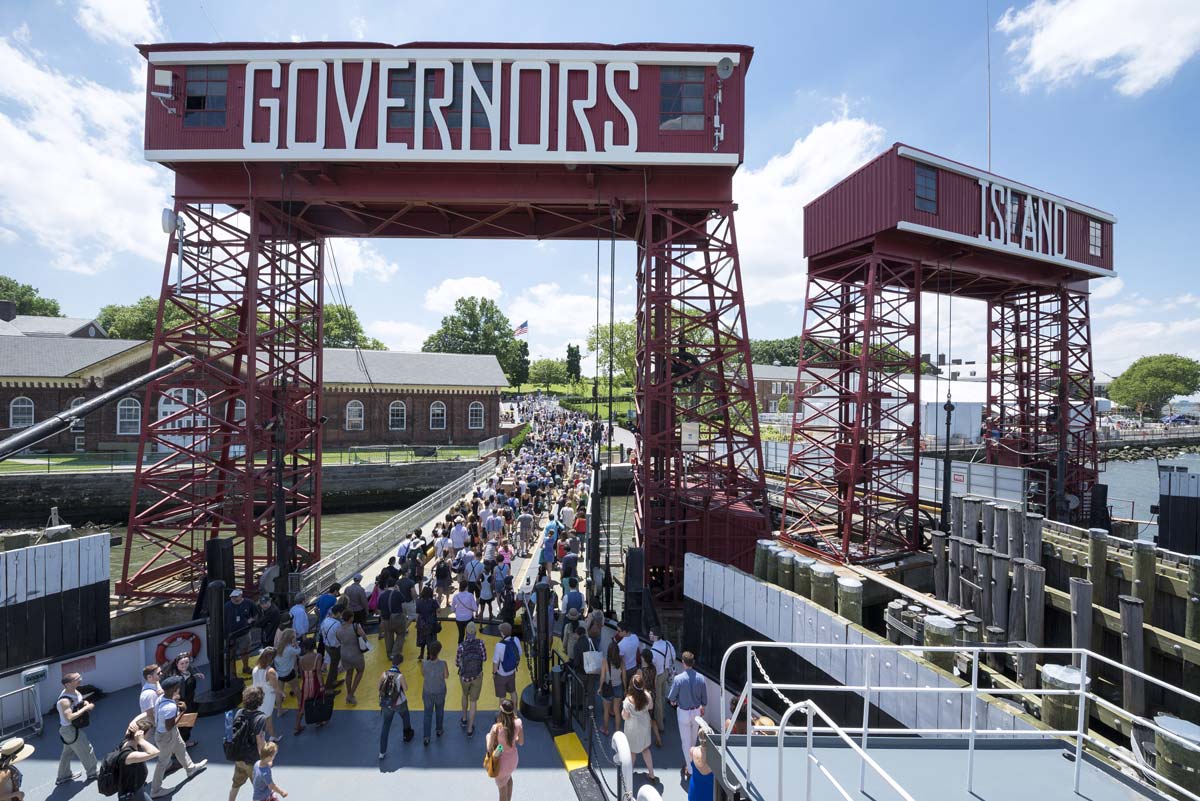 Transformation of Governors Island through topography is the central animating principle of design throughout the entire 40-acre park, and is exemplified by the Hills. The Hills, rising 25 to 70 feet above the island, embody all that makes Governors Island unique, a celebration of art, play, nature, relaxation and dramatic context. 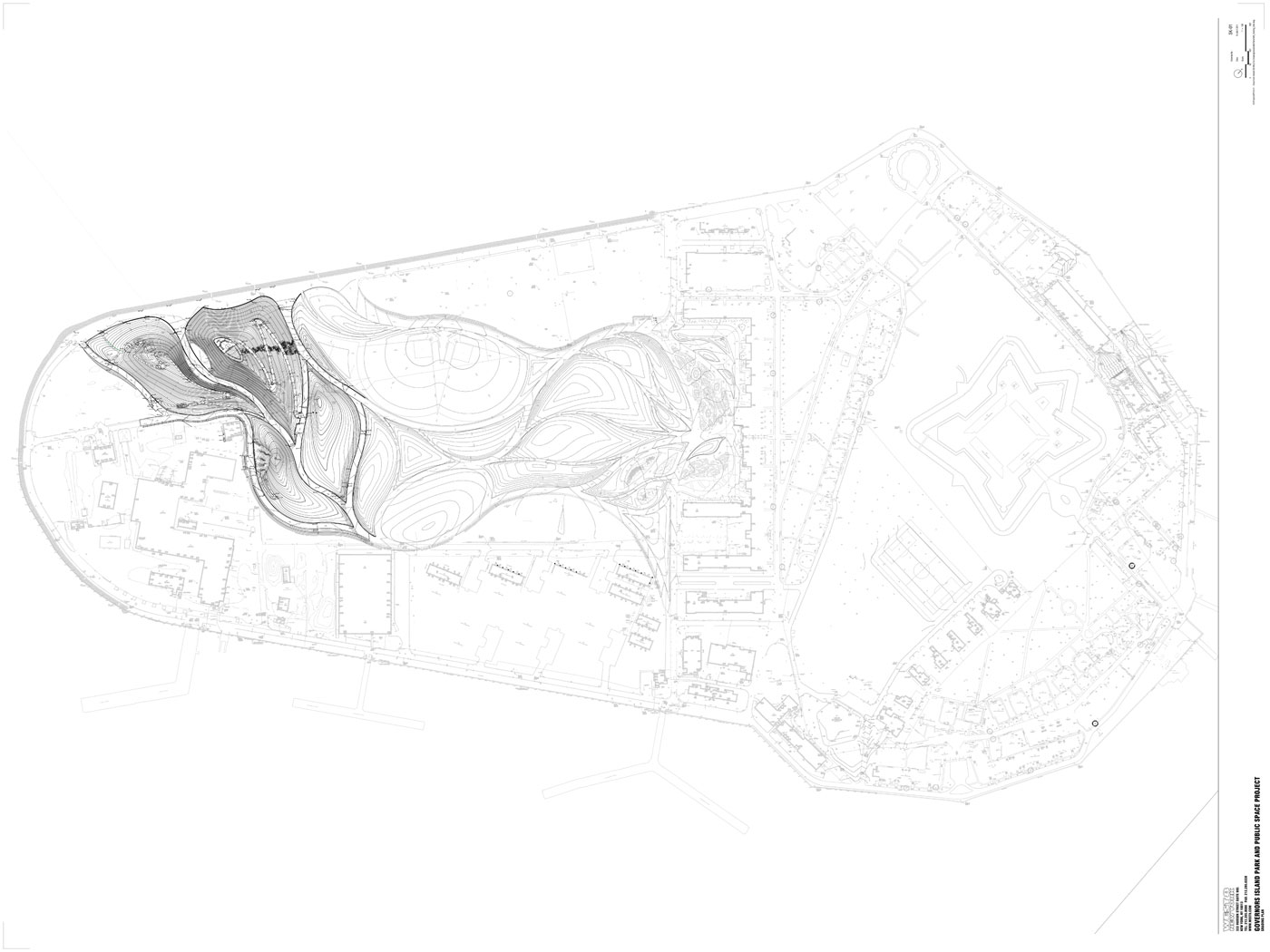 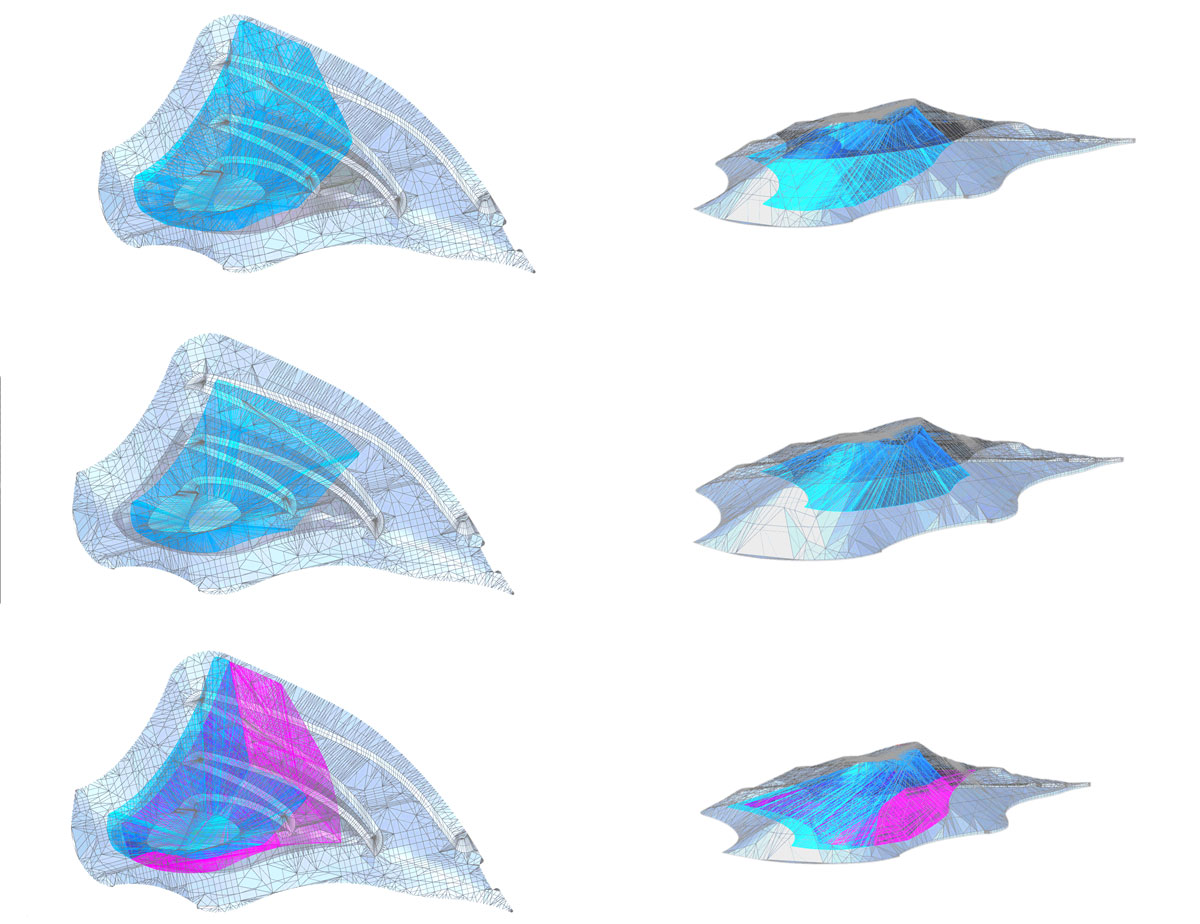 The design of the Hills evolved throughout the master planning process. Hill locations were shifted and the team worked out the accessibility of pathways. Each hill was shaped and re-shaped to make it an enjoyable place to be, frame views, and to maximize views from the top. 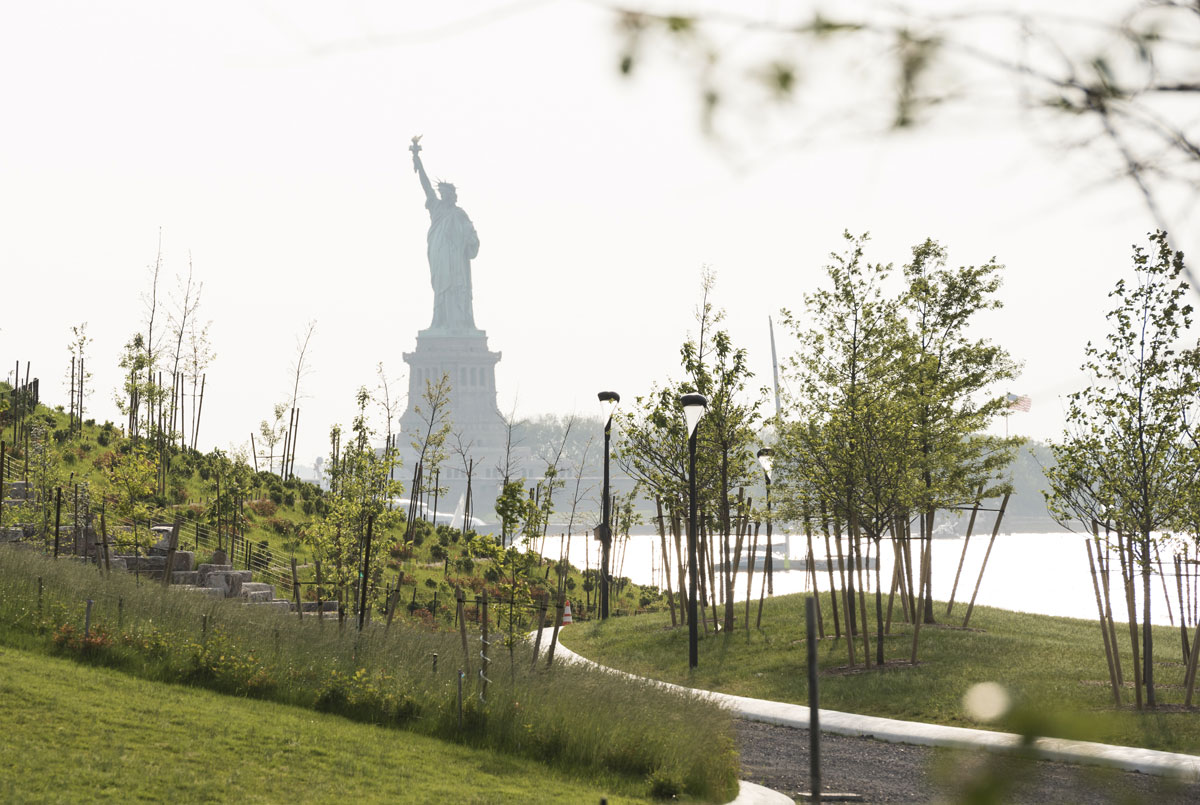 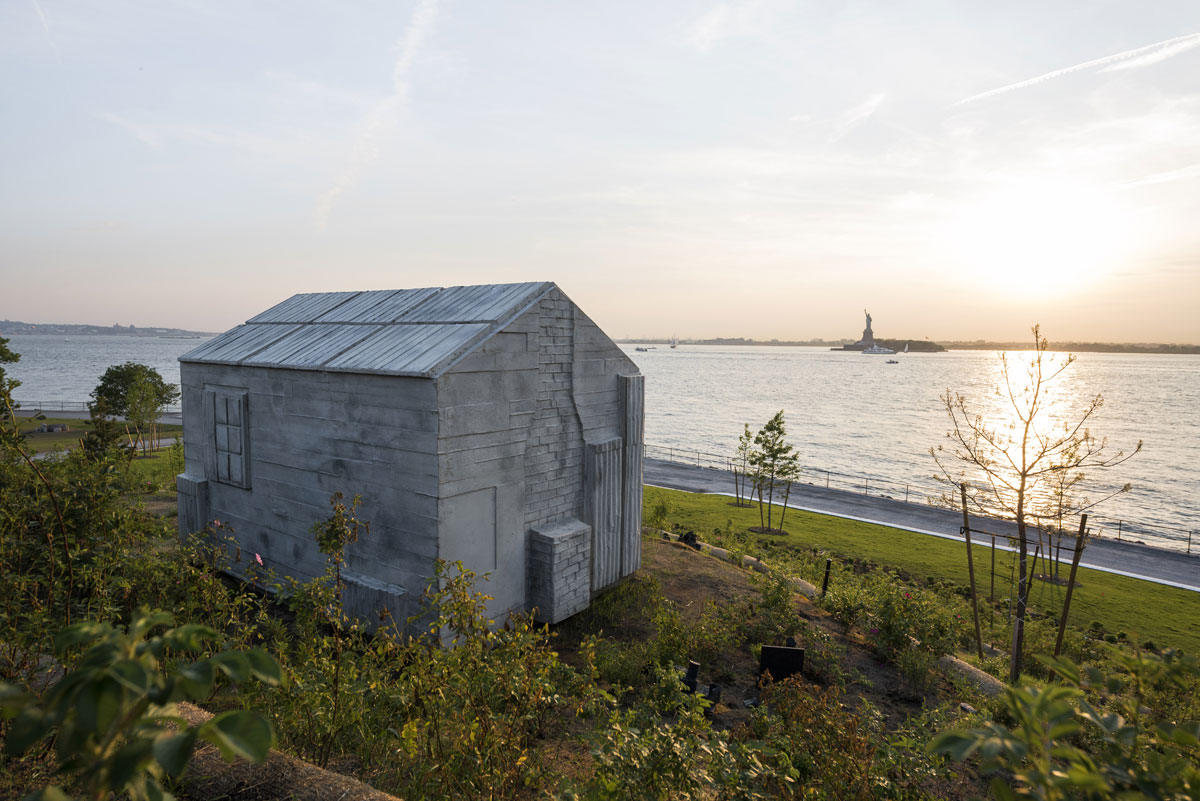 Rachel Whiteread’s Cabin on Discovery Hill continues the British artist’s interest in producing evocative sculptures of negative spaces and structures. In this case, atop the edge of Discovery Hill, the artist has sited a concrete cast of the interior of a simple cabin, a place suggestive of retreat and introspection. Sitting modestly on the hillside overlooking New York Harbor, the sculpture creates a sense of contemplative quiet and distance from the bustle of the city across the water. Strewn around the cabin are numerous bronze casts of discarded objects including bottles, cans and other refuse; some of these objects were sourced on the Island itself.

Cabin is a fiction, an imaginary space on which viewers project their own thoughts and emotions. The uncanny qualities of Whiteread’s sculpture, set opposite the Statue of Liberty and looking out over the bay, suggest what such a space might represent and who may have been its occupant. This structure is undoubtedly an escape from the world, yet stands in resistance before it. One could imagine its occupant to be some modern-day Thoreau sitting in a cabin to write his or her own Walden, Life in the Woods or Civil Disobedience.

Rachel Whiteread (b. 1963) is best known for several large-scale public commissions including House (1993), a sculpture cast from the interior of a condemned Victorian house in London’s East End; Water Tower (1998), a resin cast of a water tower such as are ubiquitous to the New York City skyline (installed on the roof of the Museum of Modern Art); Monument (2001), an inverted pedestal placed upon an empty plinth in London’s Trafalgar Square; and Nameless Library (1995/2001), also known as the Judenplatz Holocaust Memorial, in Vienna, an impenetrable library of books turned inwards. Her works are in many collections worldwide including the Museum of Modern Art, New York; the National Gallery of Art, Washington D.C.; the Stedelijk van Abbemuseum, Eindhoven; the Tate, London; and the Centre Pompidou, Paris.

The Hills are the latest addition to the park and public spaces of Governors Island. The first 30 acres opened to the public in 2014 include: Liggett Terrace, a six-acre plaza with seasonal plantings, seating, food concessions and a hedge maze; Hammock Grove, a sunny ten-acre space that is home to 1,500 new trees, play areas and 50 hammocks; and the Play Lawn, 14 acres for play and relaxation that includes two natural turf ball fields sized for adult softball and Little League baseball. In addition, new welcome areas have been added at the Island’s ferry landings, as have key visitor amenities, such as lighting, seating and signage by Pentagram throughout the Historic District. 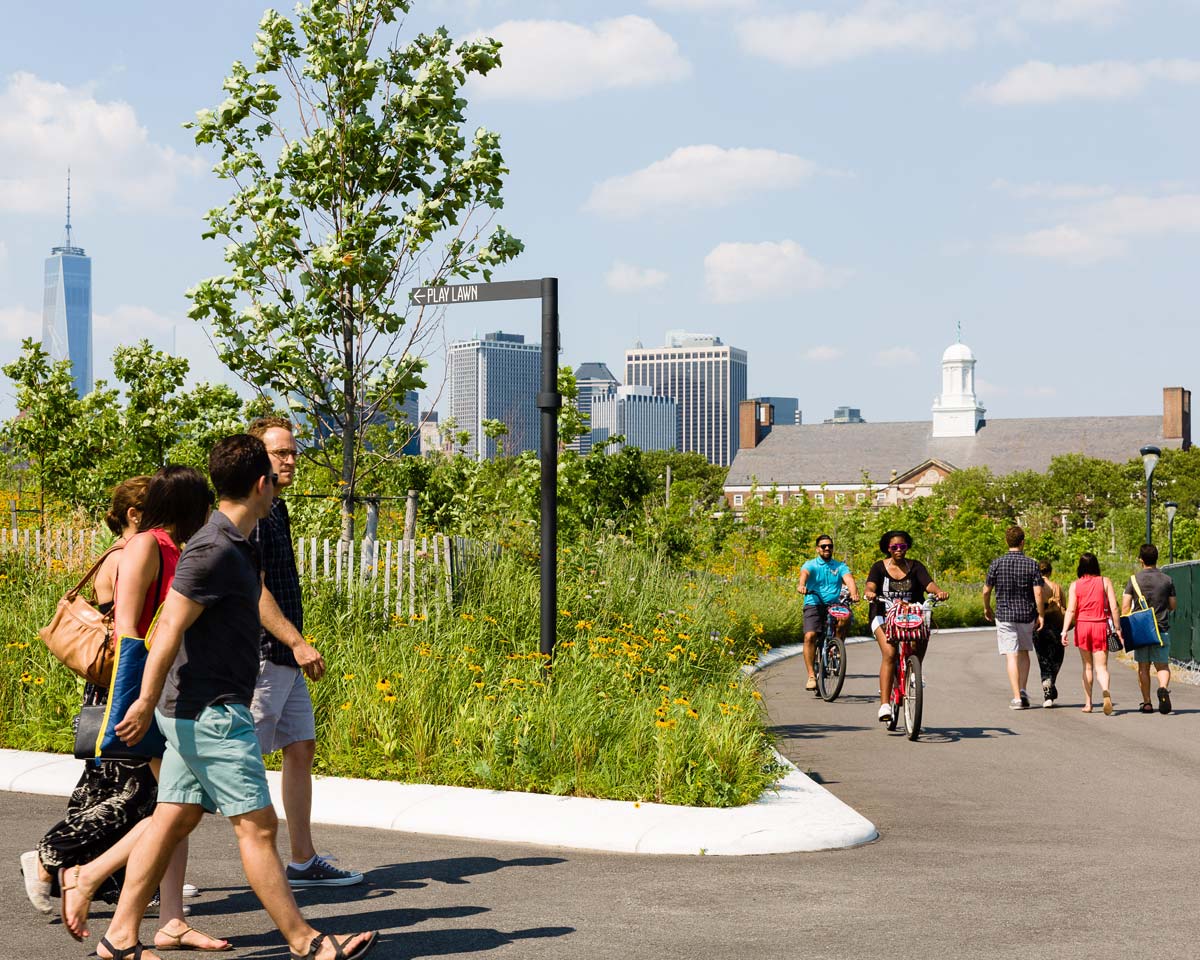 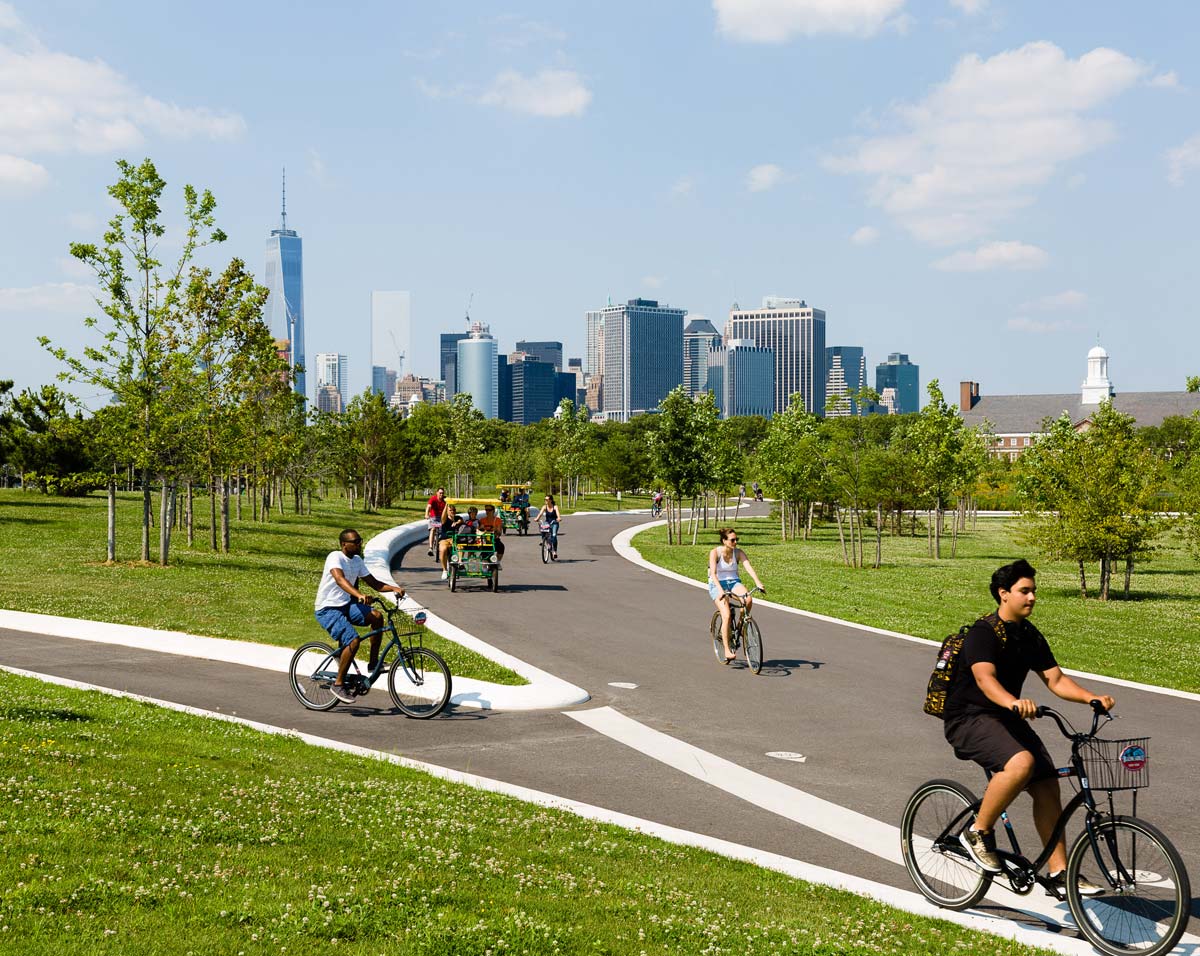 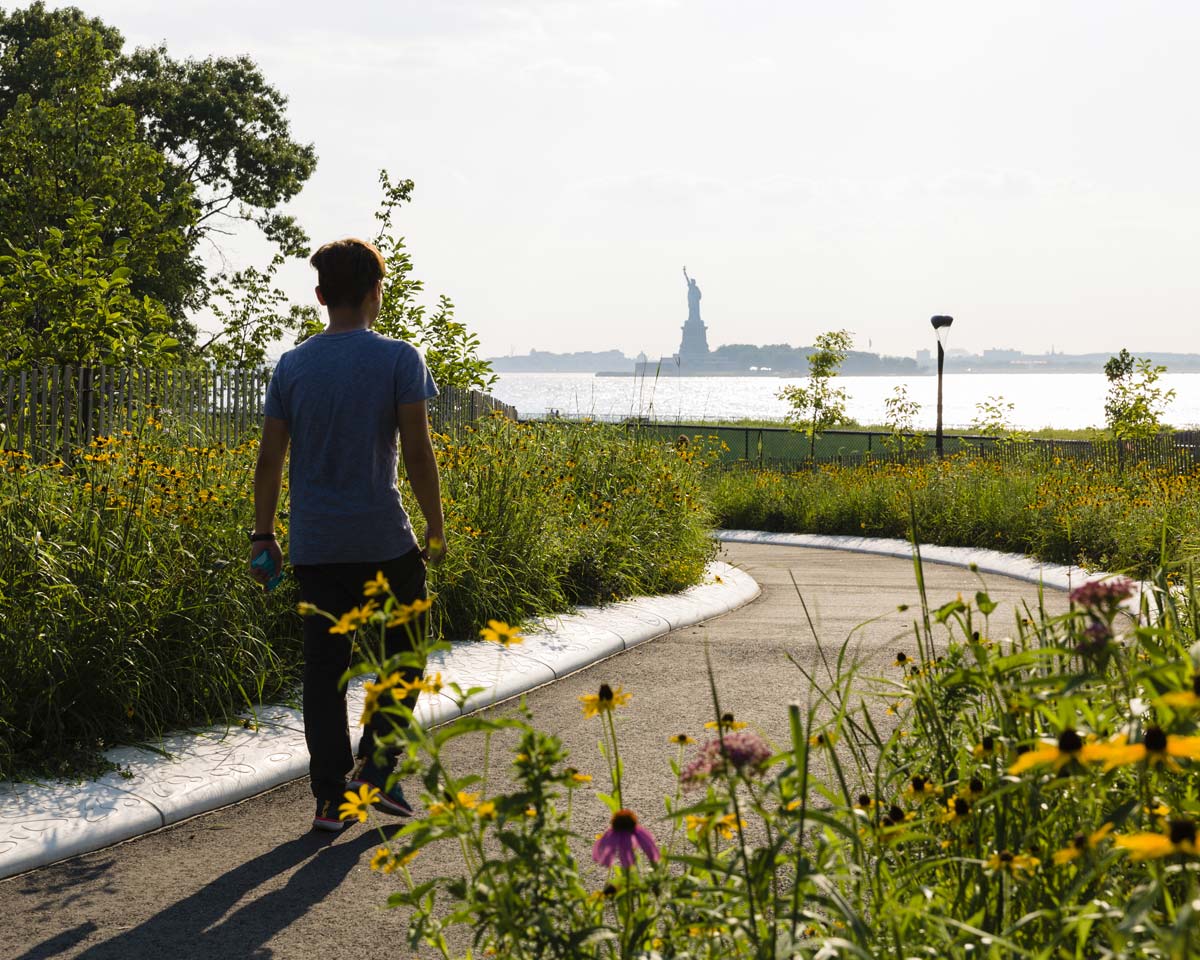 Now that the Hills are open to the public, visitors are now able to walk or bike around the island’s entire 2.2-mile promenade and enjoy the popular Picnic Point. The southern portions of the promenade and Picnic Point had been closed since 2012. 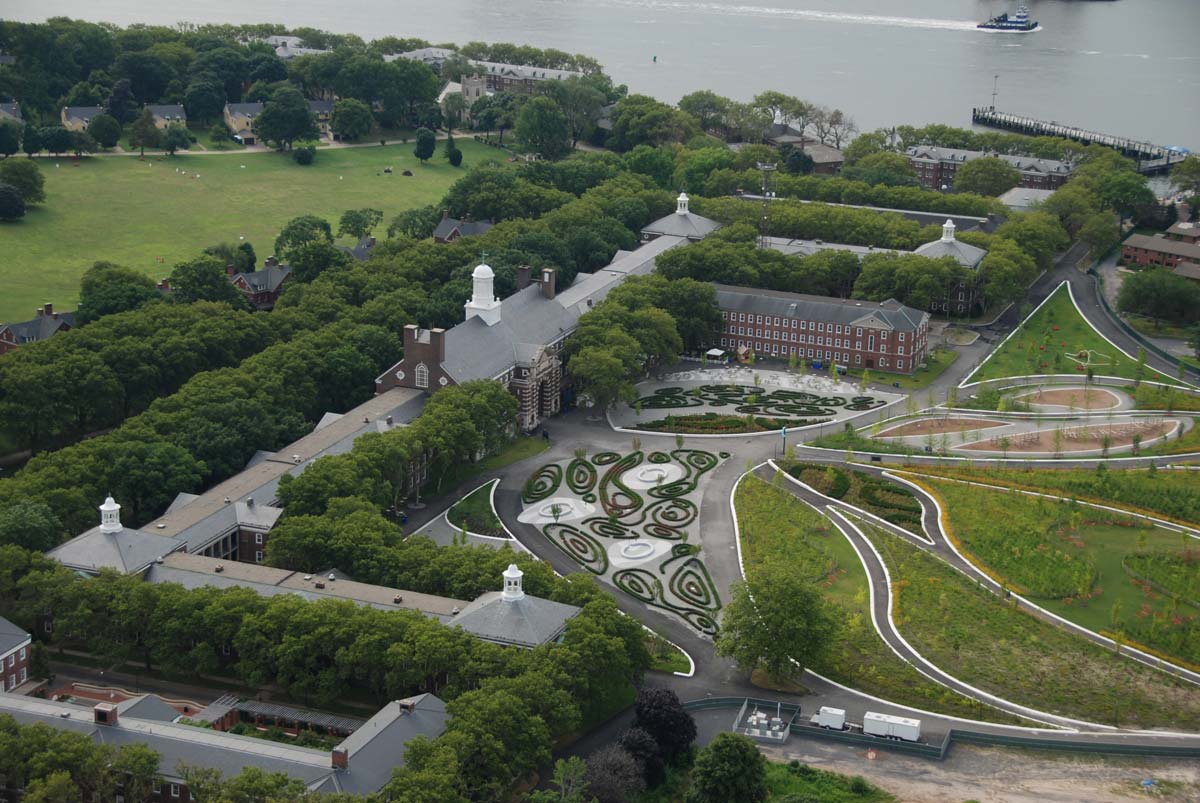 The Trust for the Governors Island

The Trust for Governors Island is the nonprofit corporation created by the City of New York that is responsible for the redevelopment and operation of 150 acres of Governors Island. The Trust’s mission is to transform Governors Island into a vibrant resource for New York City, making this island at the center of New York Harbor a destination with extraordinary public open space, as well as educational, not-for-profit and commercial facilities.