the discovery of a roman site inside a municipal administrative building (the remains of a domus located next to the ramparts), made necessary this project of suitability so that it could be visited in a compatible way with the current use of the building. 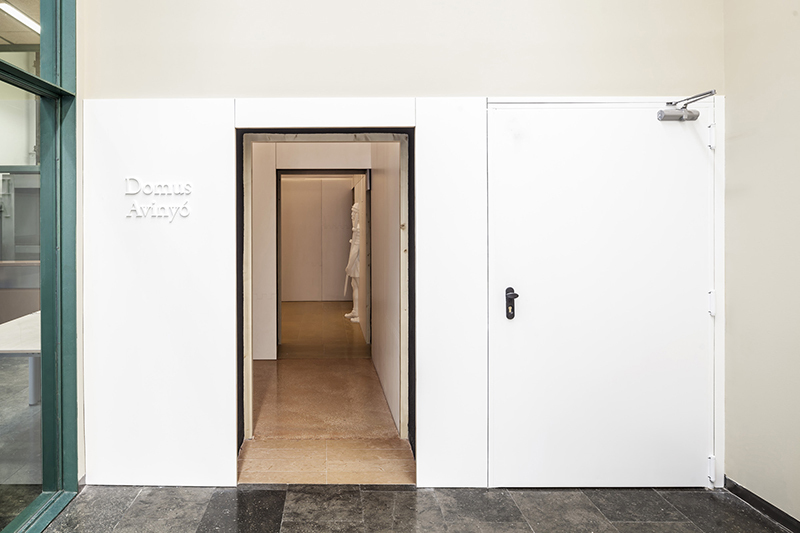 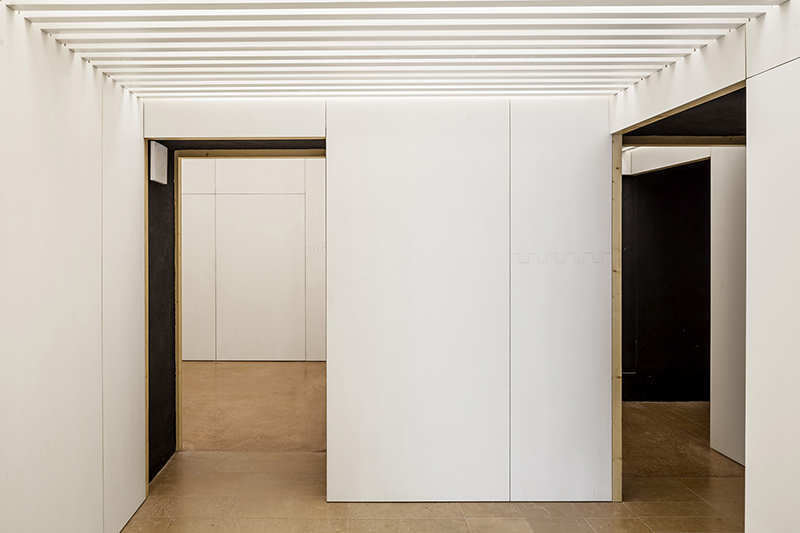 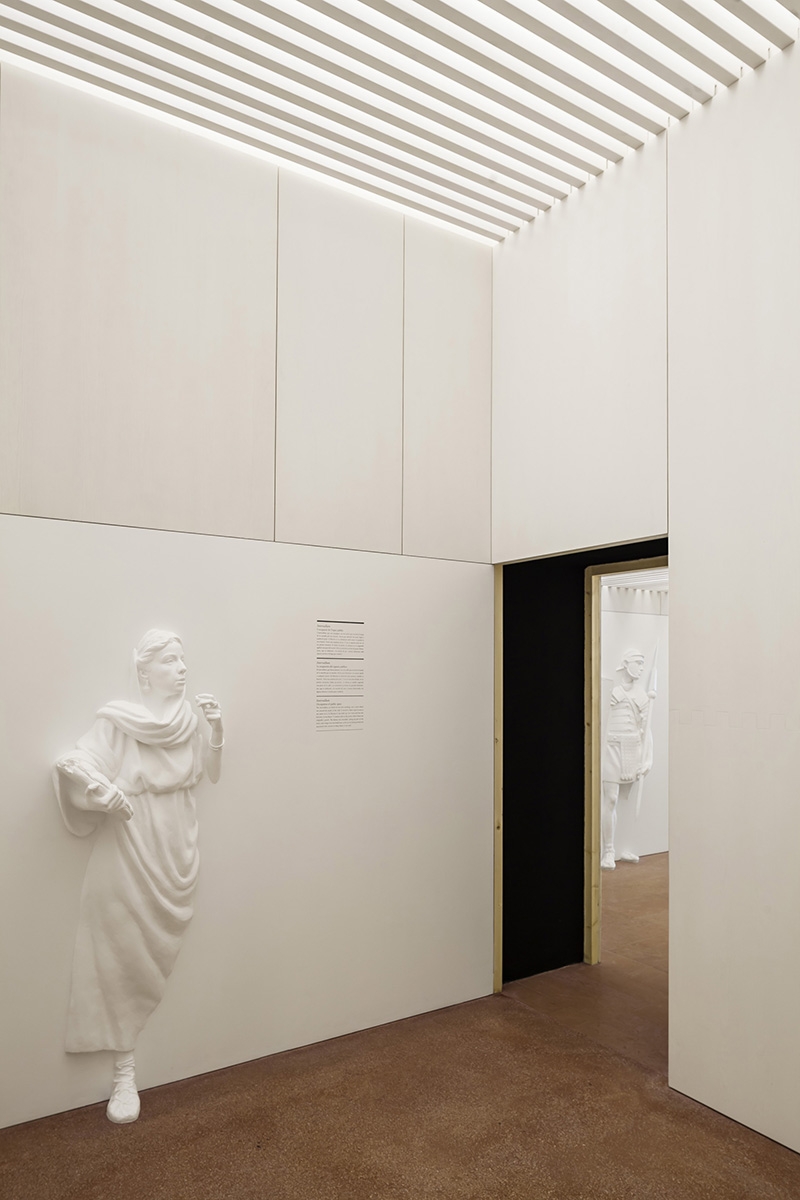 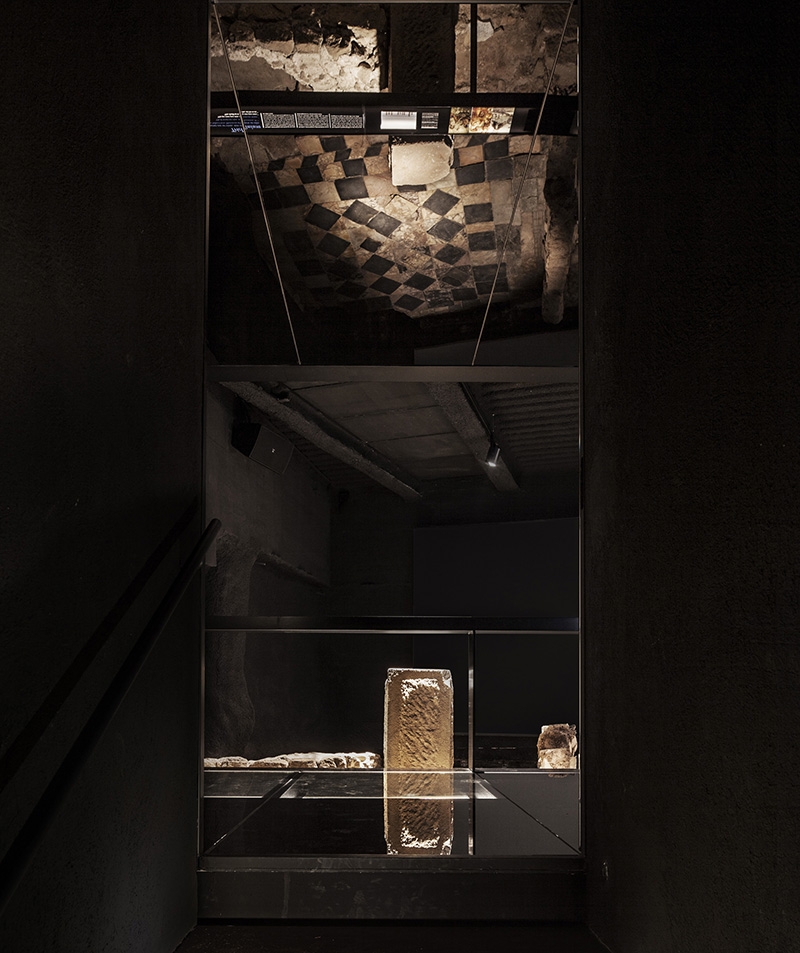 the space containing the roman site becomes an exhibition space, and the rest of the ground floor is redistributed in order to configure the approach spaces that connect the foyer of the building to the archaeological site.
those spaces have a double use: circulation and services of the building during the week and antechamber of the site when it is opened to public.

this approach is done through a sequence of linked rooms. it reminds the articulation system of the main spaces of the roman domus and villas.
those rooms have square proportions and different heights. they are linked by thick and low thresholds that remind the roman architecture massiveness.

this sequence of linked rooms defines a round way that crosses the roman site. it has a strong scenographic character. some specific elements anticipate the roman site content. each room is located on a different stratum of the roman city (outside-ramparts-intervallum). it is recognizable thanks to the different pavements as well as the bas-relief sculptures on the walls, accompanying the visitor.

through dark tunneled stairs, the visitor arrives to a longitudinal platform, a sort of balcony raised above the domus remains. the space disappears, painted in black. only emerge the archaeological remains and a large mural painting that originally was on the ceiling of one of the domus rooms.

the platform is an enclosure with glass surfaces that multiply the perception and enlarges a small space thanks to the reflections. the walls and the pavement hide little parts of the archaeological site (an oven, a sewer branch) and interpretive elements in exhibition (interactive screens, remains of some mural paintings found in the domus, pigments, etc). it all appears behind the glass in an illusionism game when the light is on.

after visiting the roman site, the visitor is lead again to the linked rooms. one of them incorporates part of the barcino rampart in one of its walls. it is nowadays part of the structure that still supports the building where the archaeological site is placed.

publications:
write to us at info@vora.cat