The Bank of China Tower is a 180 meter tall high rise and plinth which house a set of varied programs including a Bank of China branch, offices, a cinema, hypermarket, retail, dining, and entertainment. 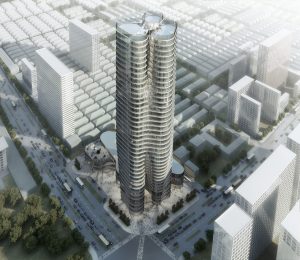 Departing from research into the evolution of the office typologies over the last 120 years, the design aims to foster highly productive, innovation-inspiring work environments by calibrating the quality and frequency of light, views, shared spa

ce and social and visual encounter within the building. Employing a dynamic architectural system of bundled structural tubes which vary in their diameter and spacing at specific heights throughout the tower, a wide range of arrangements of space and void were generated and evaluated using a series of likely programmatic occupancy scenarios. Versions were selected for further refinement, and a single version selected for development based on their ability to allow tenants flexibility of use while simultaneously protecting proven worker productivity-enhancing characteristics throughout the building. 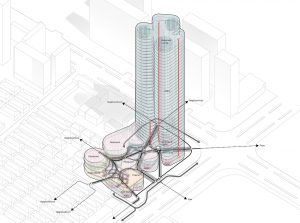 Currently in a Schematic Design phase, the project is an experimental case study for the continued development of a seamless digital design work-flow using custom software written by Urban Systems Office which are integrated with the latest Building Information Modelling (BIM) platforms. This procedure is opening the possibility for us to revolutionise the process of design evolution and production, from concept to construction, by taking advantage of new technologies to achieve complex functional and qualitative ambitions and integrate feedback from the client and consultants. 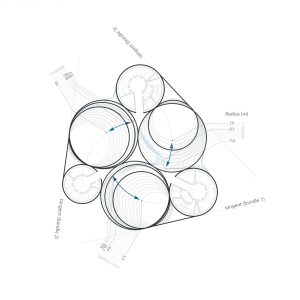 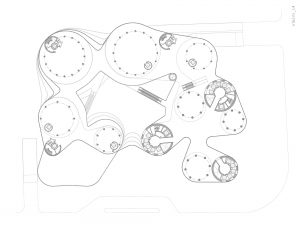 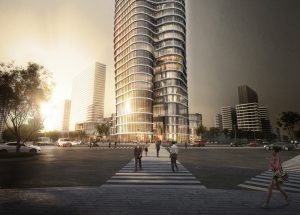 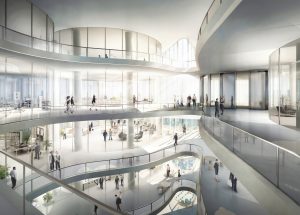 Jeroen van Ameijde is a Unit Master at the Architectural Association and partner and director at Urban Systems, responsible for the management, research and design direction of the office. He has coordinated and co-directed the design and development of several large scale projects with clients and collaborators in China, including the 400,000 m2 ‘Changyuan CBD Mall’ complex, the ‘Yung Gardens’ and ‘East Gardens’ residential projects and several design research projects including the Changyuan CBD Masterplan, the ‘Changsha Northstar Delta’ project and the Yung Gardens Science Museum. Jeroen received a Master of Science degree in Architecture and Building Technologies from the Delft University of Technology in The Netherlands. He is a chartered member of the Royal Institute of British Architects (RIBA) and is a registered architect in The Netherlands (SBA) and the UK (ARB). 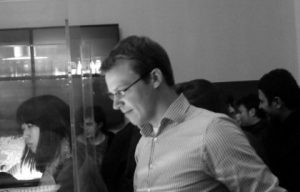 Brendon Carlin is a Unit Master at the Architectural Association and partner and director at Urban Systems, responsible for management, research and design direction of the office. Before founding Urban Systems Brendon practised in the United States, China, the Netherlands, and the United Kingdom. He collaborated on a diverse range of projects as a design architect including Raffles City Hangzhou with UN Studio in Amsterdam, first-prize winning competitions with Plasma Studio in London, urban proposals with Relational Urbanism in London and a range of projects in his native Colorado. He has been an instructor for six years with several courses at progressive institutions worldwide including the post-graduate course ‘Territorialism’ with the Berlage Institute and the Architectural Associations ‘Design+Make’ masters program. He has taught in various workshops at Harvard’s GSD and the AA including AA visiting schools in Beijing, and MakeLab at Hooke Park. 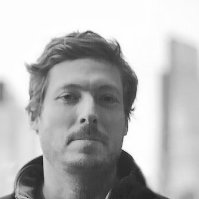 Yan Qin is a partner at Urban Systems responsible for cultural and economic research and office development. Independently, he has been involved with several community development, design and construction projects in China for many years including an award winning private school for primary and secondary education and a large 500-bed hospital that is slated to become one of the premier specialist treatment centres in China. His design and project management experience includes large scale mixed-use developments ranging from various scales of residential buildings including retail services to high-rise hotel and office complexes. Through the practice he continues to pursue research into Urban Growth strategies and the effects of rapid urbanisation, providing consultation to political and private entities that are constructing the future of China’s built environment. Yan received a RIBA part 1 qualification from the Architectural Association School of Architecture in London and received a masters degree from the University of Cambridge for Planning, Growth and Regeneration at the Land Economy Department, completing his dissertation on the structural social and economic changes related to large scale urbanisation projects in China.