Urbanism After Extraction: Housing, Landscape and Infrastructure of the Katowice Agglomeration, Poland

Poland was a world leader in coal production until its transition to a market economy and the restructuring of the industry in the 1990s. Economic decline and unemployment impacted many cities across the Upper Silesian Coal Basin, including in the Katowice Agglomeration, an area in southern Poland with approximately 2.5 million inhabitants. The agglomeration spreads across 14 medium-sized cities, with hundreds of coal mines and the adjacent workers’ housing estates interspersed between them. While the agglomeration’s political leadership has recently incentivized foreign investment in industries such as technology, manufacturing, and cultural institutions, the area still faces significant challenges related to widespread environmental degradation, a shrinking population, outdated industrial and Communist-era housing, and continued reliance on diminishing coal reserves. Since the European Union set targets for transitioning to cleaner energy, the region has been faced with a twofold challenge: how to reclaim a highly degraded post-coal landscape for the future while transitioning to a new energy and economic paradigm.

Using the Katowice agglomeration as a site of investigation, this urban design studio called for an integrated approach to social and environmental concerns, asking: Can we imagine strategies for environmental reclamation that carry ambitions for social reconstruction, and in a way that one supports the other? Can architecture, landscape, urban design and policy be combined to structure new narratives for change? Can design help shape and promote a different attitude towards the environment, buildings and landscapes? And, can design aid the people and institutions of Silesia to establish visions and platforms for a healthier environment and better quality of life? To that end, the studio brought together architecture and urban planning students to think beyond the design of static form and conventional building and infrastructure approaches. It challenged students to creatively utilize the broader forces that shape the urban environment, including emerging development models, the role of public and private actors, and new forms of social engagement that can be addressed through multiple scales, over various timespans, and through different degrees of intervention.

The studio included research, analysis, and travel to Poland and eastern Germany in addition to the final projects. The research component investigated and diagrammed processes, urban policies, and actors involved in a collection of influential built housing and landscape projects in the region. The analysis phase explored the spatial patterns of housing, landscape, energy infrastructure, and pollution in the agglomeration through drawings, GIS data, and models at multiple scales. The studio collaborated with the Silesian University of Technology, the Polish Architects’ Association, and the city planning department of Katowice to contribute to the body of knowledge surrounding the various aspects of the region. A joint workshop of US and Polish students and faculty was held during the trip. The studio culminated in both individual and group work that demanded not just a physical intervention in space, but also a proposal for a policy and process that could help shape the future of the agglomeration as a viable and desirable urban environment for all. 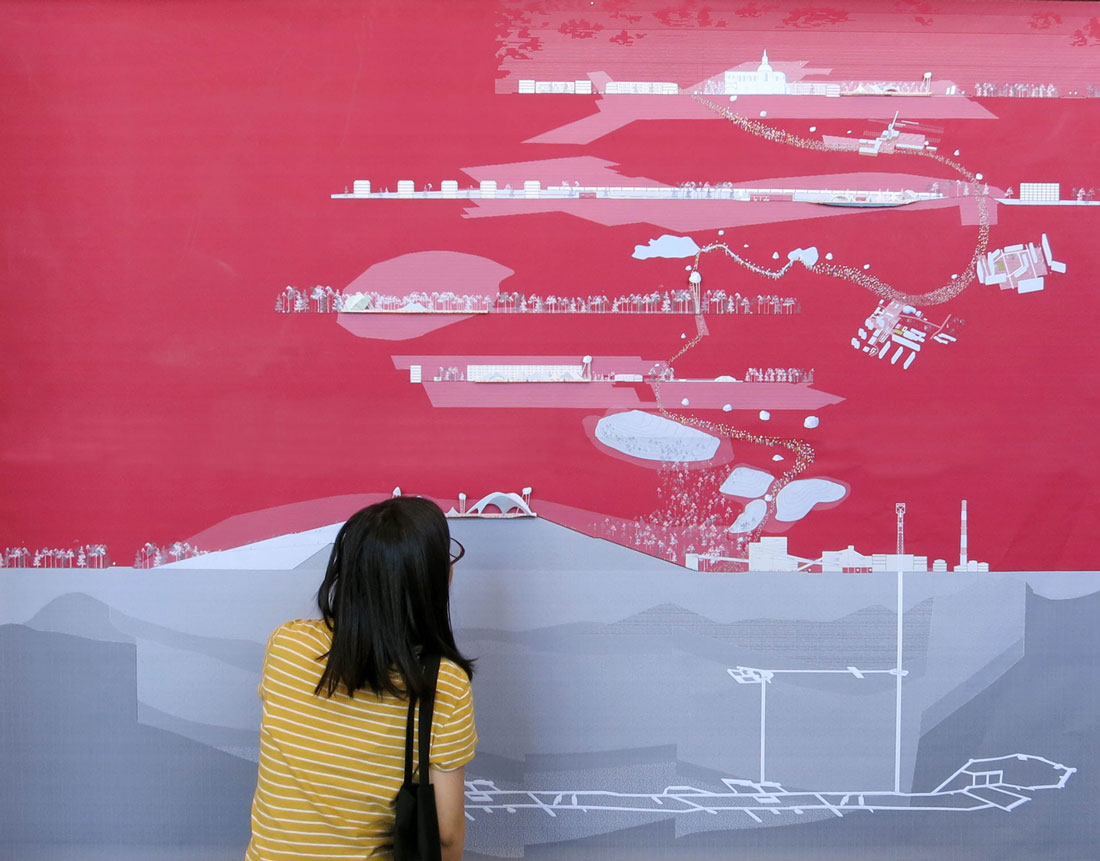 Z Kolpani: Out of the Mines. A series of collective spaces and activities linked together by Z Kolpani, a new yearly processional celebration. 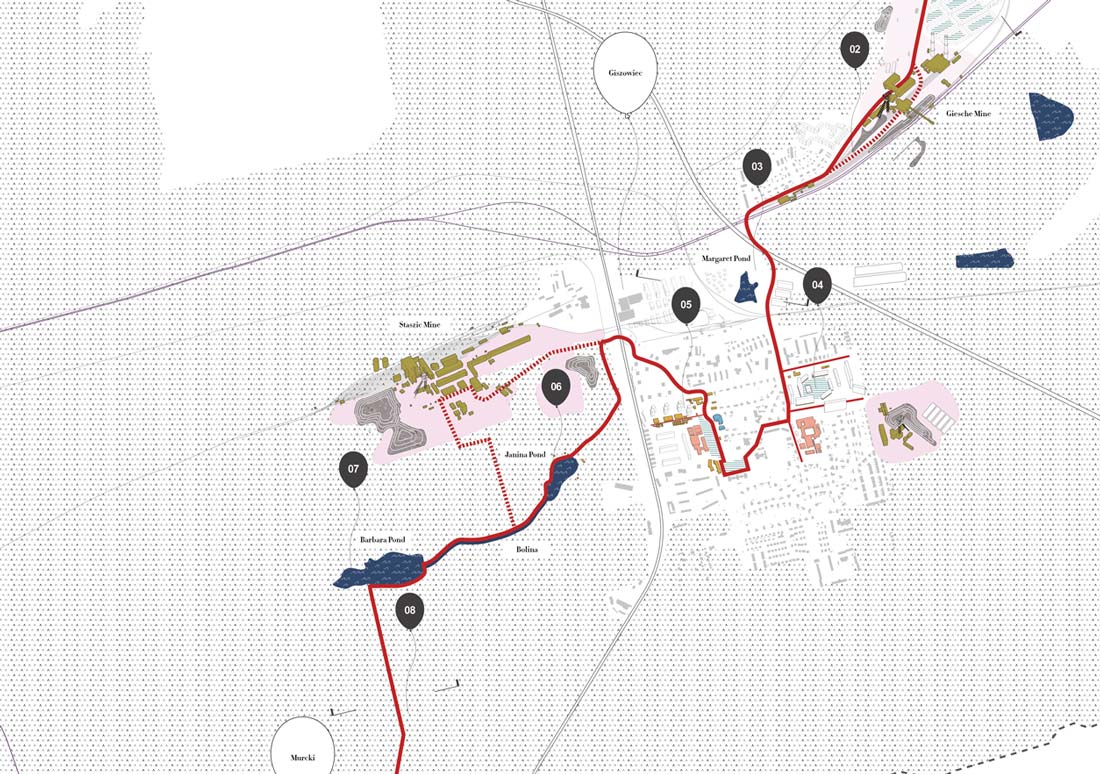 Z Kolpani: Out of the Mines. Map depicting the Z Koplani procession, networking between dispersed mining communities, institutions, and landscapes. 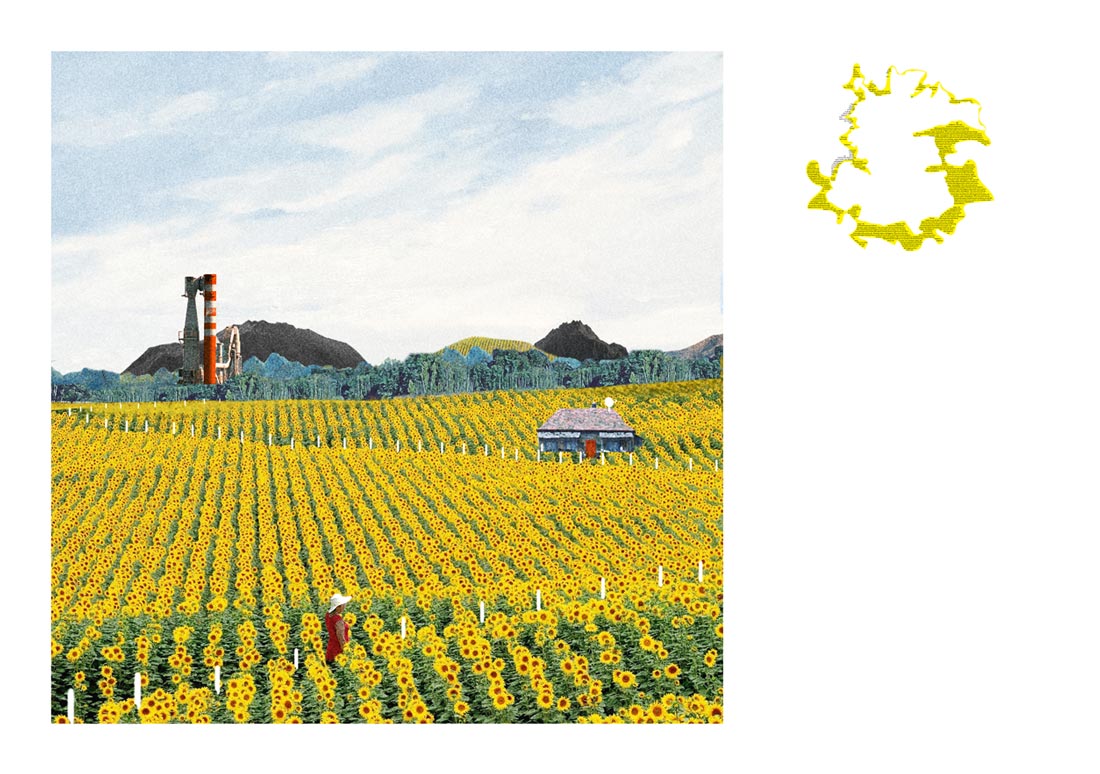 The Civic Forest, by Diana Ang, Giovanni Bellotti, Kelly Leilani Main, Alexander Wiegering. A golden field of sunflowers planted around the perimeter of the forest absorbs contaminants from mining and industrial activities, serving as a cautionary threshold while preparing the ground for future uses. 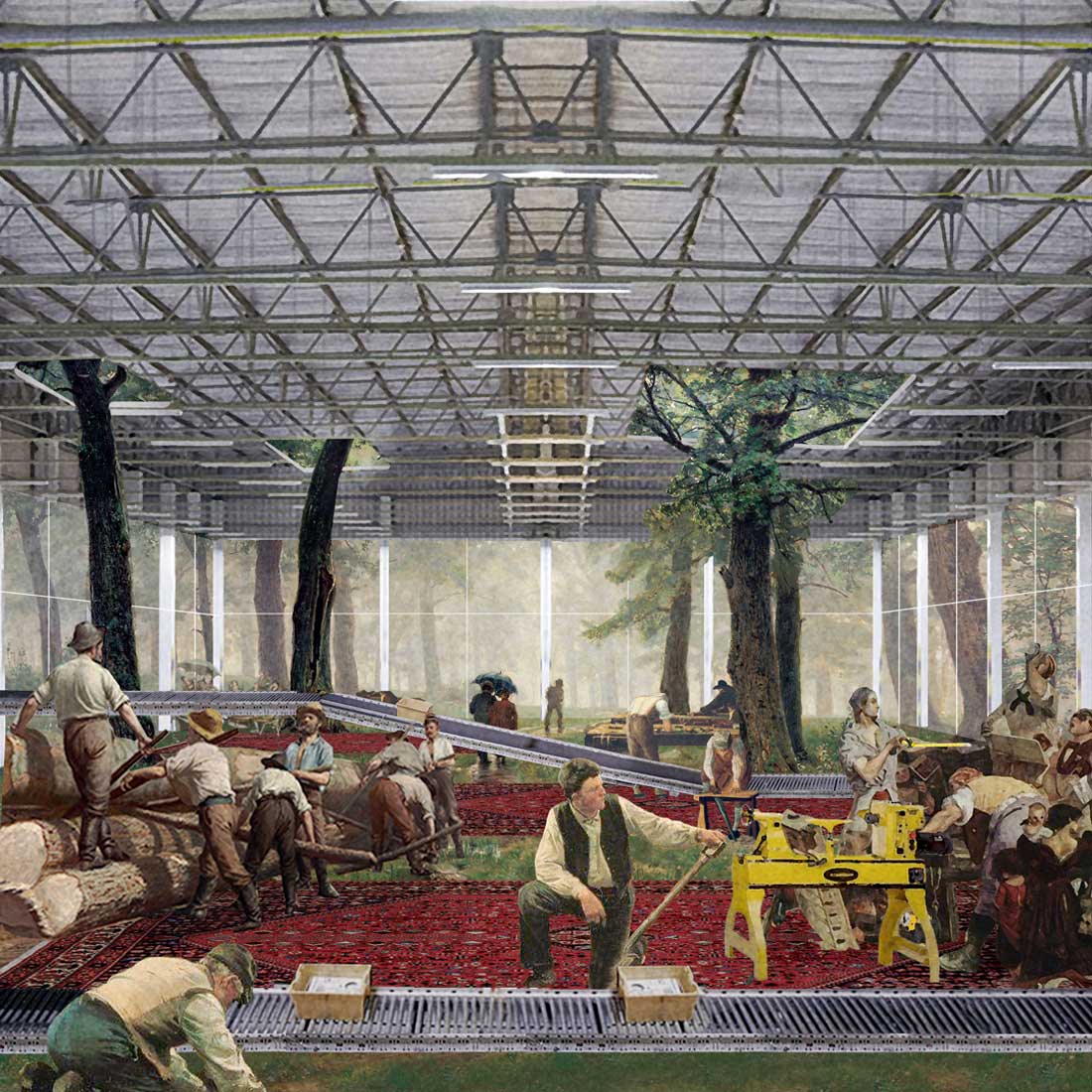 The Civic Forest, by Diana Ang, Giovanni Bellotti, Kelly Leilani Main, Alexander Wiegering. The forest is reclaimed as a new space for timber production and manufacturing. Professional centers for carpentry, woodworking, and furniture sited within the landscape create new economies for the region. 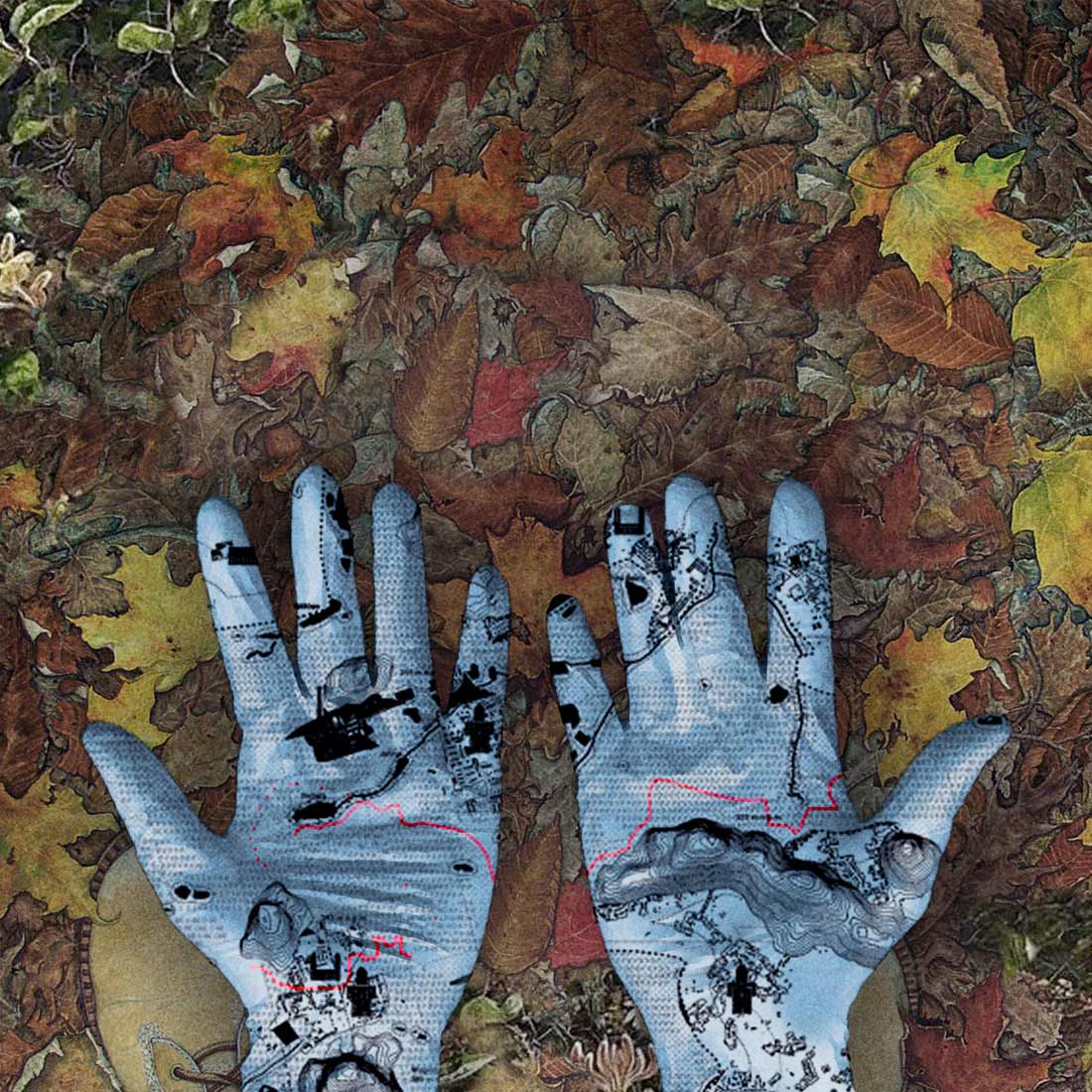 The Civic Forest, by Diana Ang, Giovanni Bellotti, Kelly Leilani Main, Alexander Wiegering. A map inscribed on protective gloves helps visitors navigate the Silesian forest, contaminated by years of industrial activity and now a site of civic negotiation, as it is reclaimed for carbon sequestration, lumber production, new forms of inhabitation, and leisure. 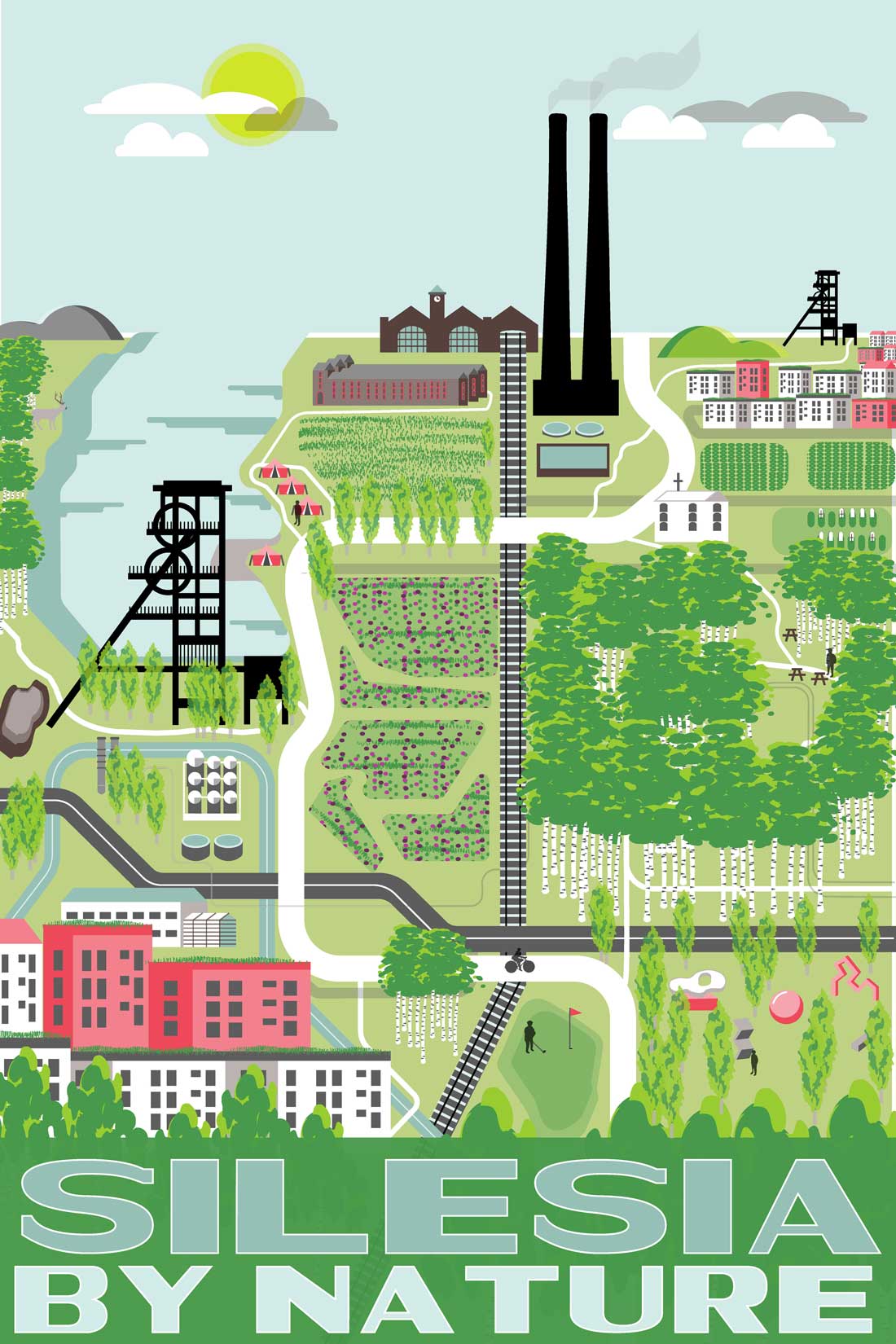 Silesia by Nature, by Mario Giampieri, Nayeli Rodriguez. Promotional poster as part of a new program and digital platform to support community-based remediation and redevelopment of former industrial sites. 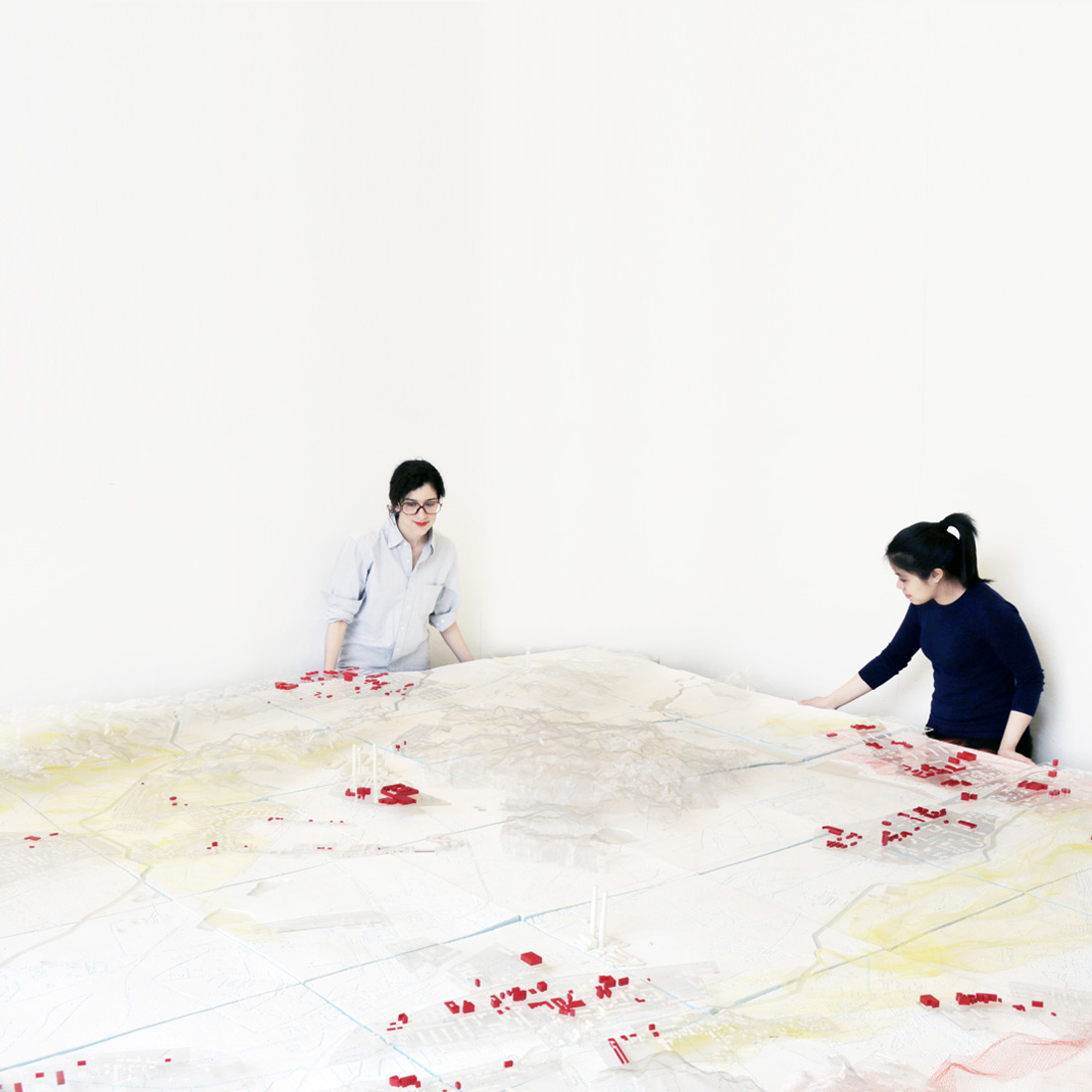 Studio site model collectively produced by the studio analyzes the agglomeration as a series of residential and industrial ‘islands,’ linked by infrastructural networks and patches of forest. 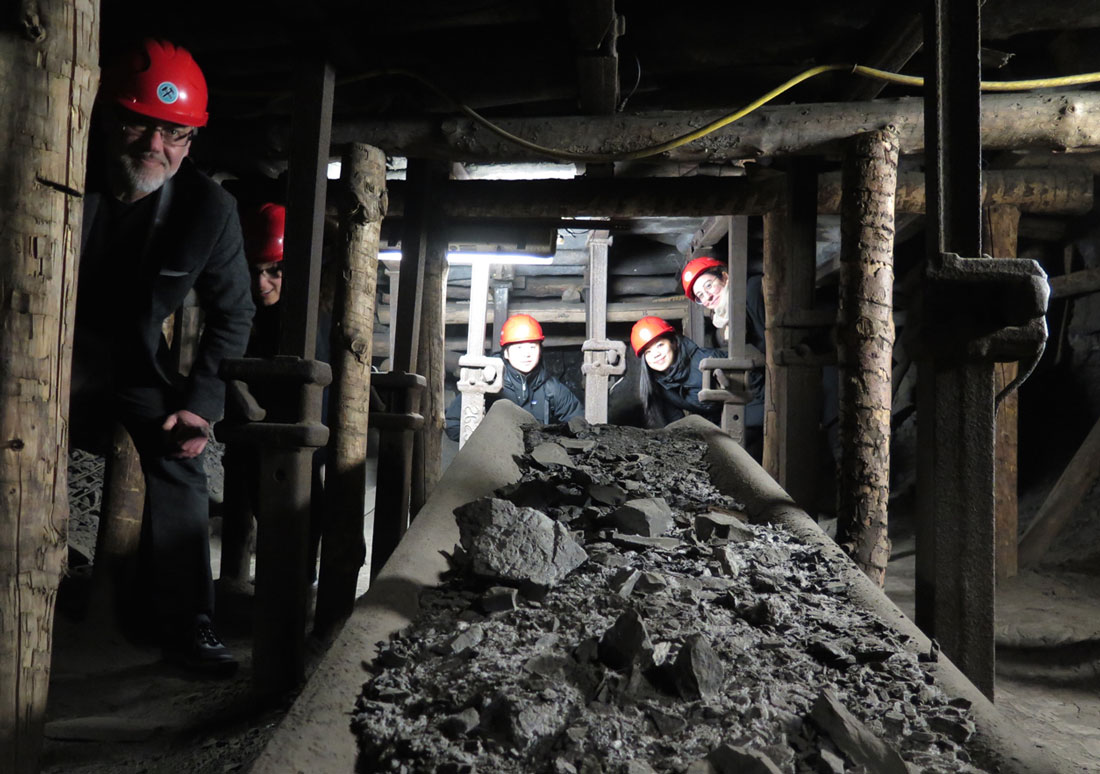 Studio visit to the Guido Mine in Zabrze, Poland, experiencing the cramped tunnels of early coal mining methods. 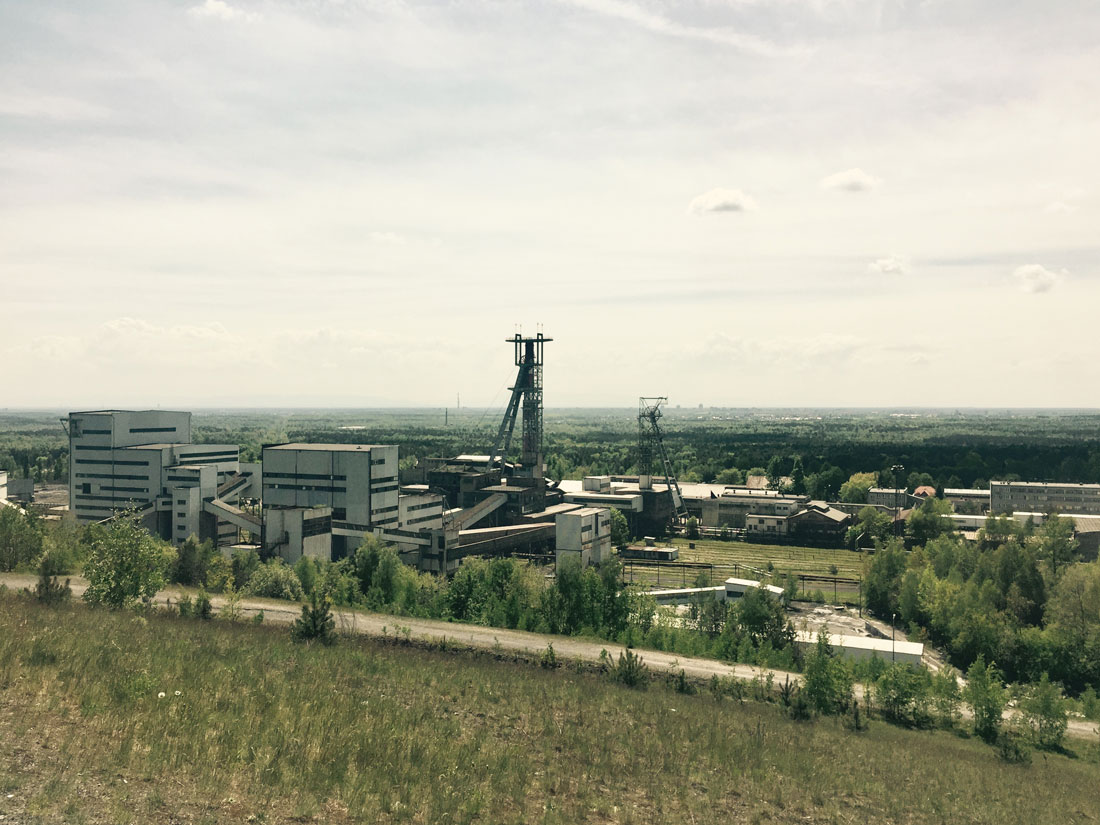 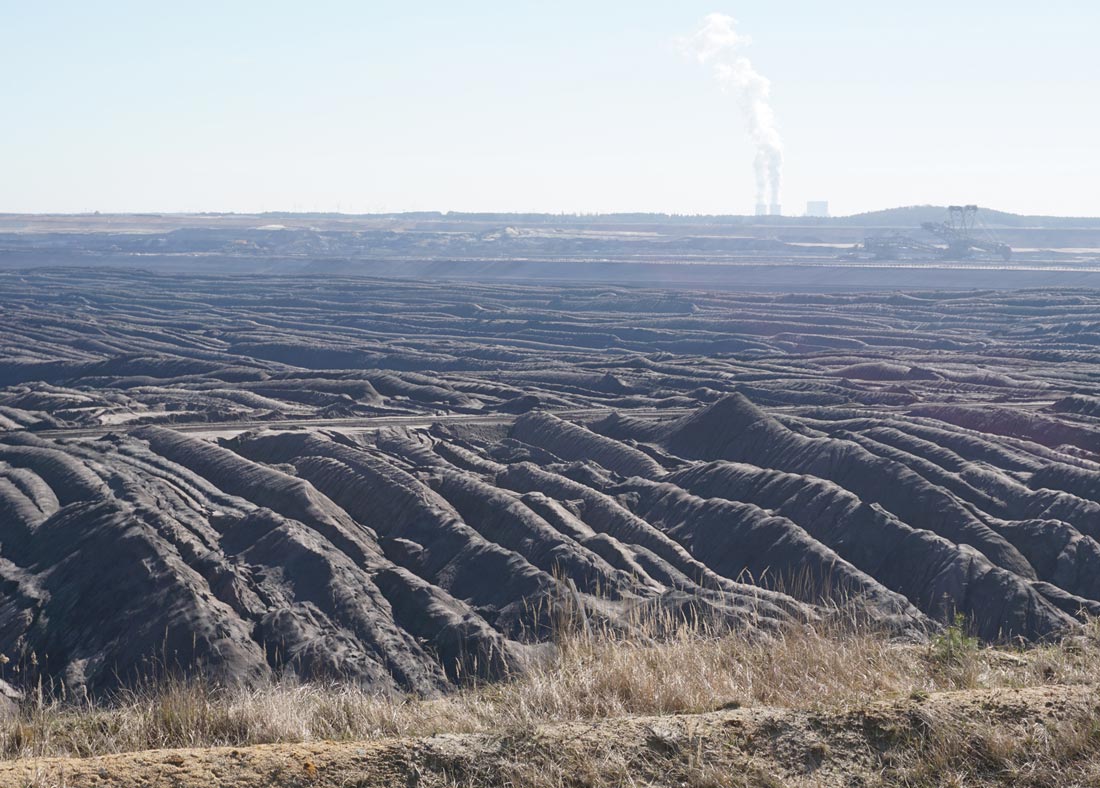 The studio visited the Lusatia region of eastern Germany, an open-pit lignite mining hub that is being transitioned into a new recreational lake district over a decades-long process.