This 12-story collective house was built in the shopping area of Taipei City. People in Taiwan have devised ways of using various intermediary areas to adapt their lives to the hot and humid climates. For example, they skillfully exploit simple places along the roads throughout the city, where you can find people enjoying meals and conversation. Would it be possible to devise apartment buildings suited to Taiwanese people who have created such a rich lifestyle, but at the same time updating it for the 21st century? 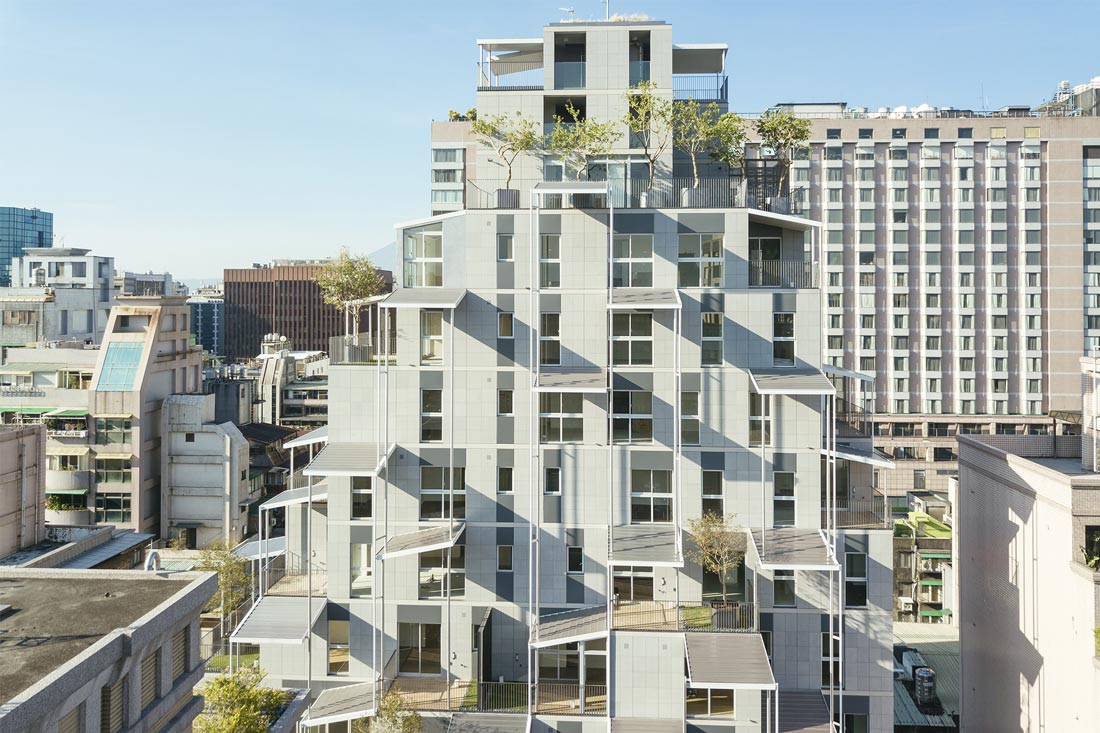 In response, we moved away from the tower format and instead used a series of setbacks in the volume while controlling the limits diagonally so that all the dwellings could have a large terrace. The terraces are covered with roofs and trees, creating a three-dimensional and comfortable intermediate area on the building’s façade. 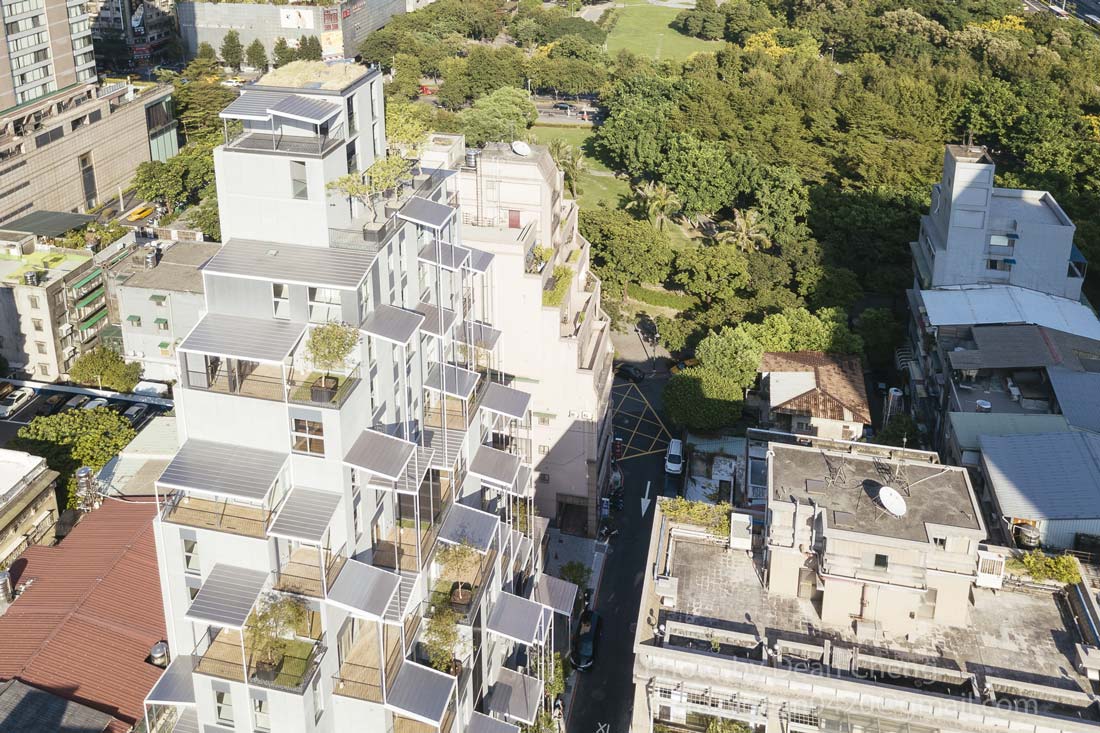 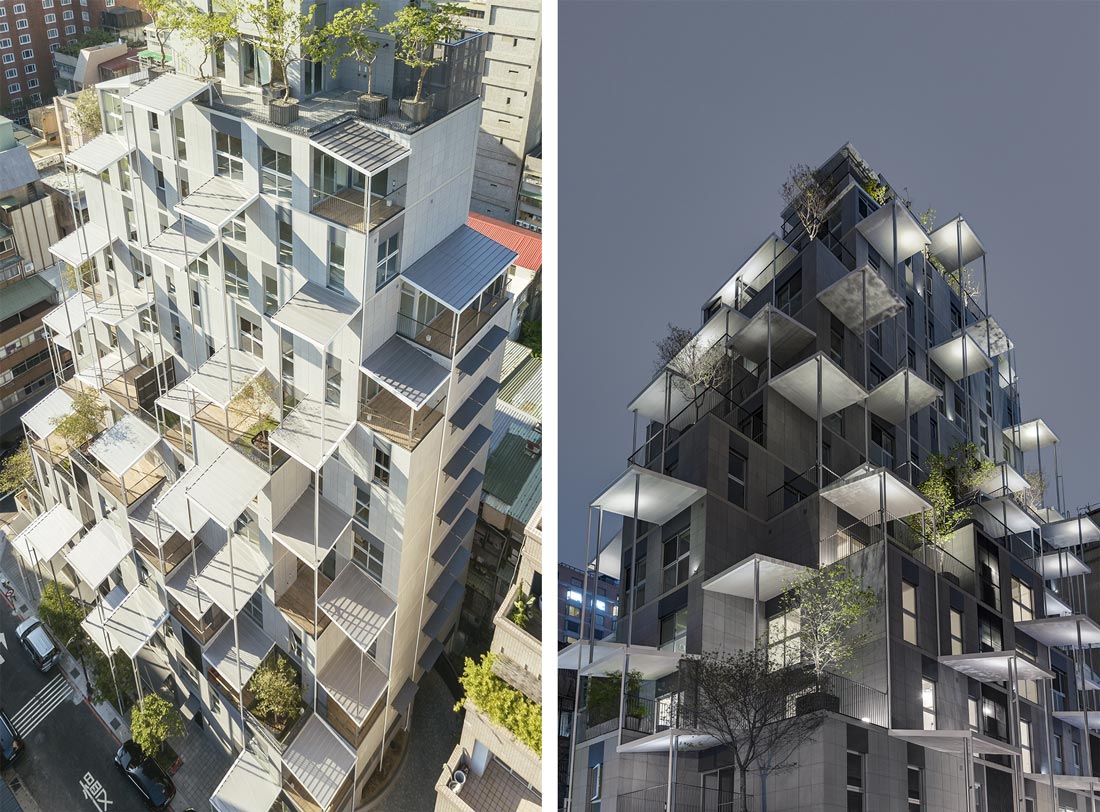 The 6 m square rigid RC structure is covered with a 3 m square roof frame system. The structure of the main body is RC construction, and the roof is a lightweight steel frame structure. 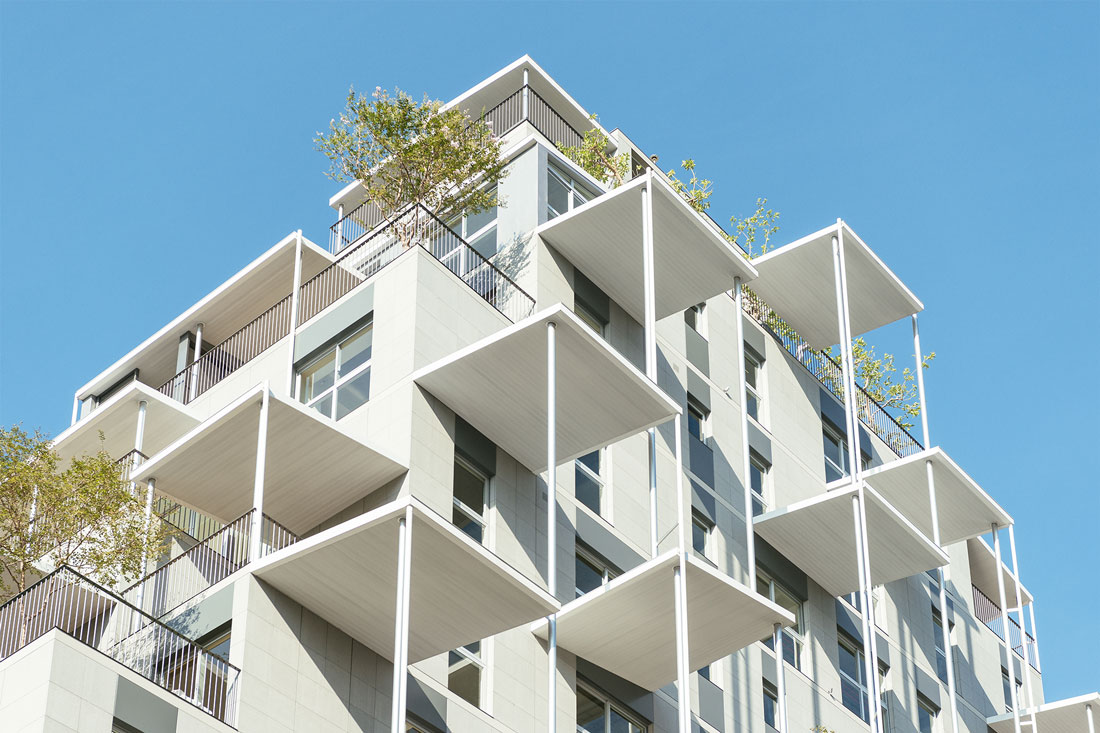 The slope of the roofs is constant, and the changes in the directions of the slopes generate variety in the expression. The distribution of the different sloping roofs creates a branching of rainwater flow, or a network.

The repetitions of roofs, vertical gutters, and thin vertical pole structures generate a rhythm in the building’s elevation. In other words, the flow of rainwater is part of the façade of this architecture.

The wind flowing through the city will spread throughout the unevenness of the surface, dispersing and becoming softer to enhance the comfort levels on the terraces. This also minimizes the occurrence of “building wind”. The building is a prototype for a high-rise suitable for Asia in the 21st century, which manages the flow of both water and air. 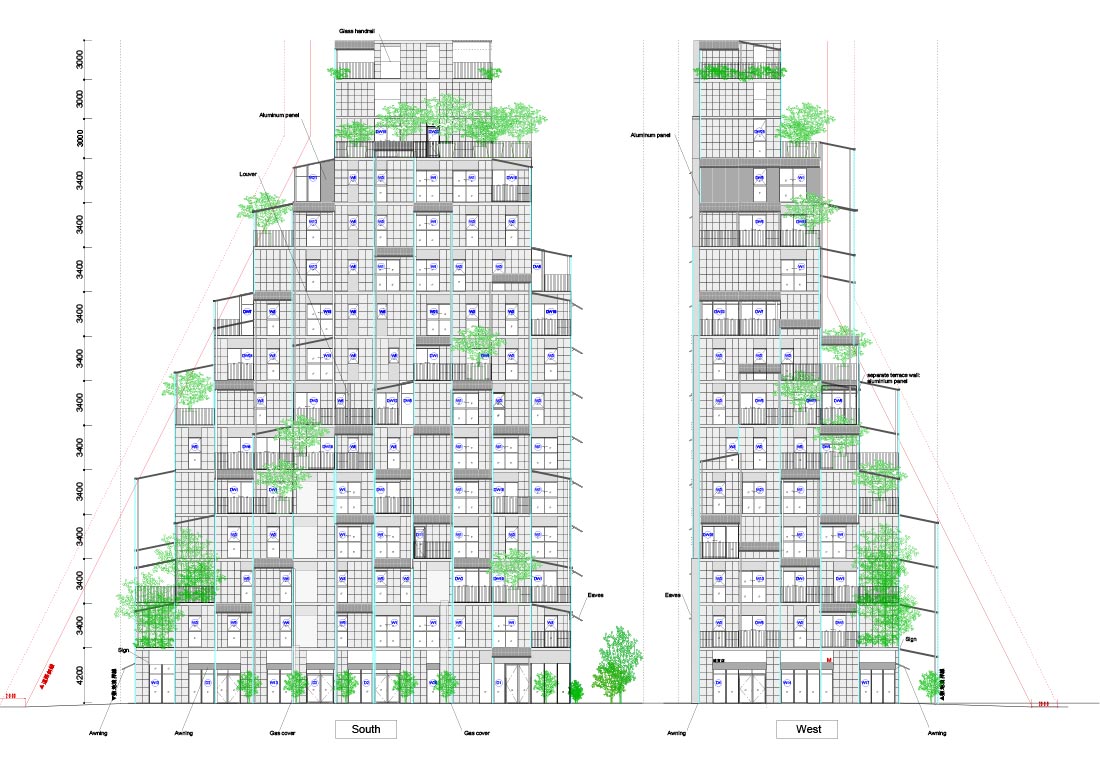