Since the 1980s, vast stretches of land in the formerly-rural county of Molina de Segura (Murcia) have been exploited to create suburbs. The result of this exploitation is a flattening of the land’s topographies and the destruction of its territorial system of ravines (ramblas). Ramblas constitute a fabric of veins carved by seasonal rainfall in the dry steppe landscape. In them, humidity accumulates and biodiversity flourishes. They constitute corridors of freshness, carbon fixation, and ecological entanglement that play a crucial role in the climatic and earthy stability of Molina de Segura’s ecosystems. 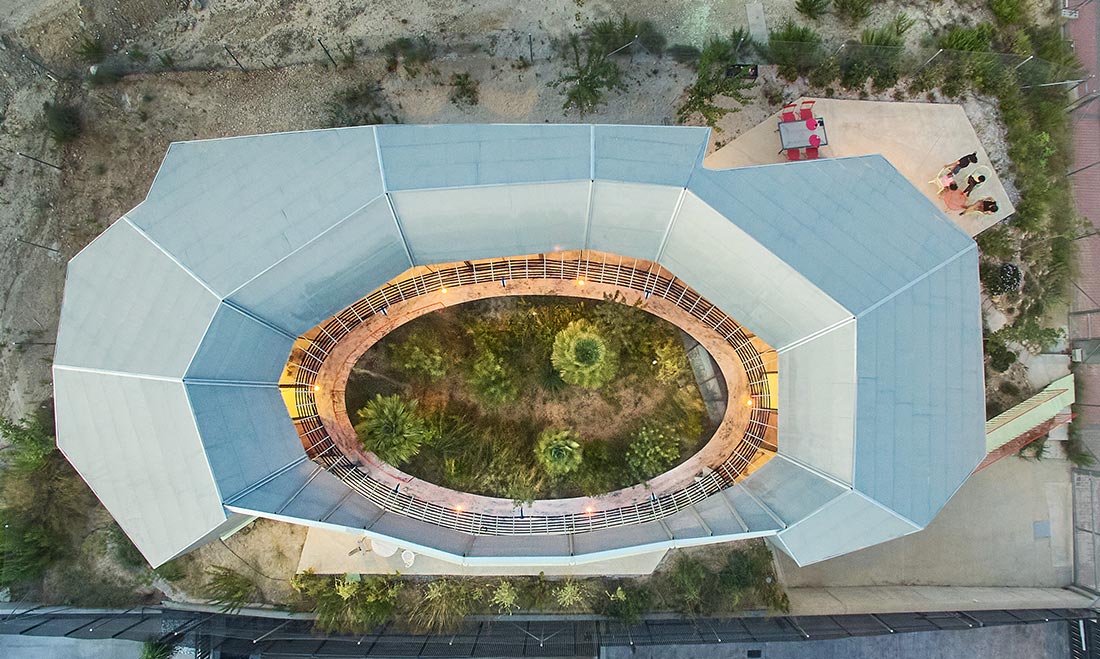 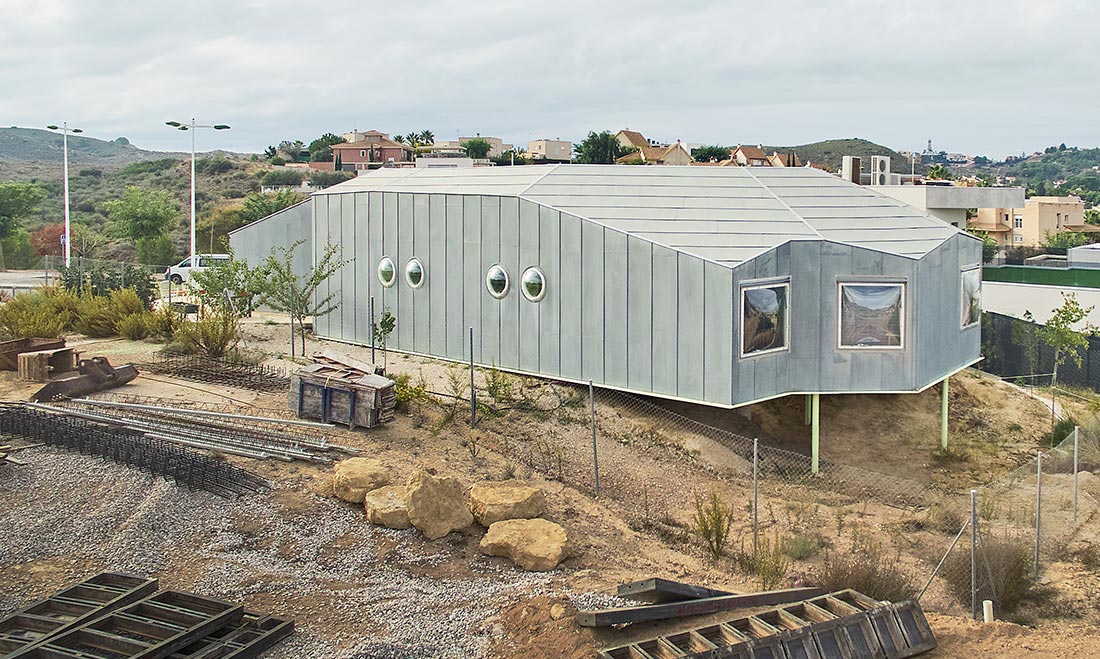 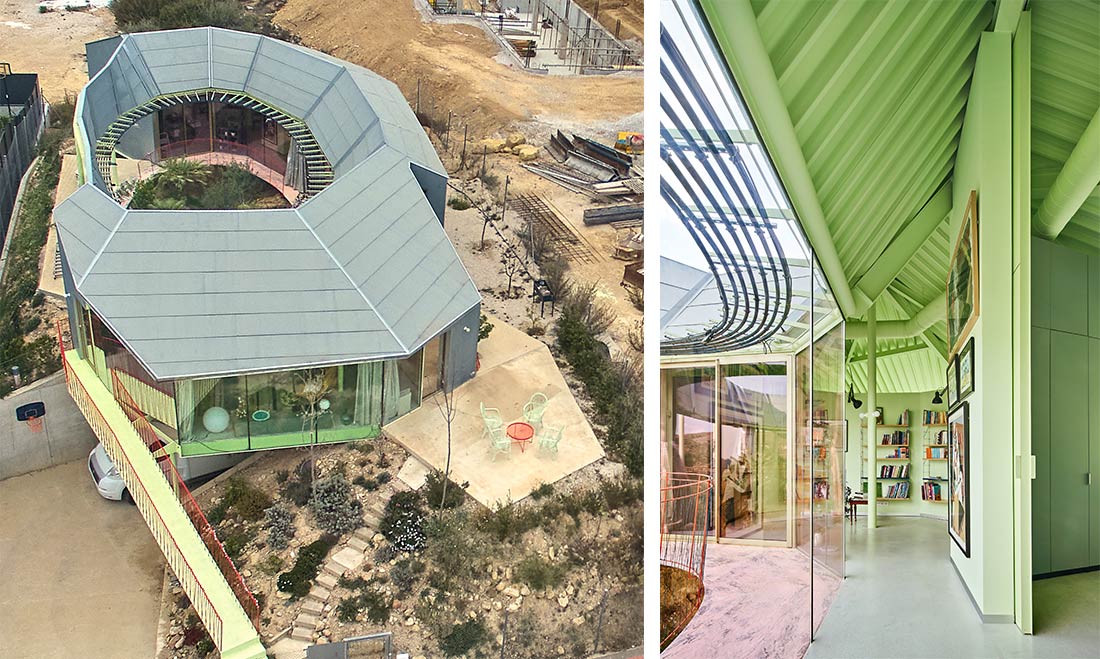 The Rambla Climate-House works as a climatic and ecological device. It is part of a series of associative initiatives, developed at the scale of independent citizens, to contribute to reparations for the environmental and climate damage caused by over-urbanization in Molina de Segura. The Rambla Climate-House collects pooled rainfall from its roofs and grey water from its showers and sinks to spray onto the rambla’s remains and regenerate their former ecologic and climatic constitution. Humidity and conductivity Netro-sensors activate an automatized meteorology that escapes the control of humans to reach the requirements of the reparation process. The house is organized around this elliptical section of rambla, as an observatory in alliance to this reconstructed landscape and as a sequence of interconnected spaces of different widths. 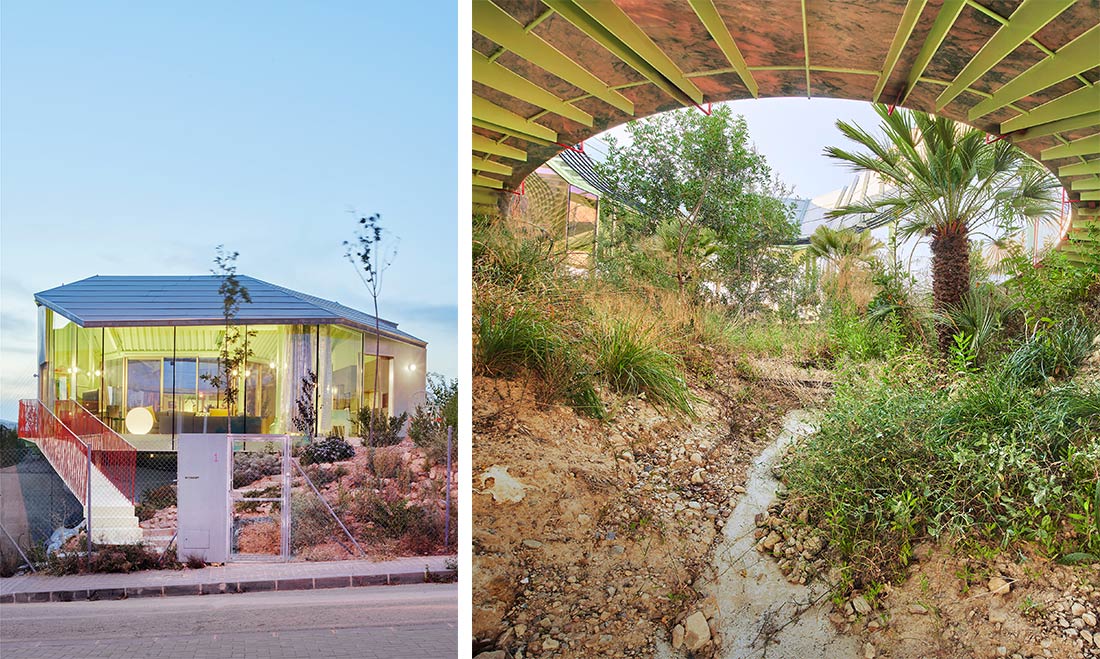 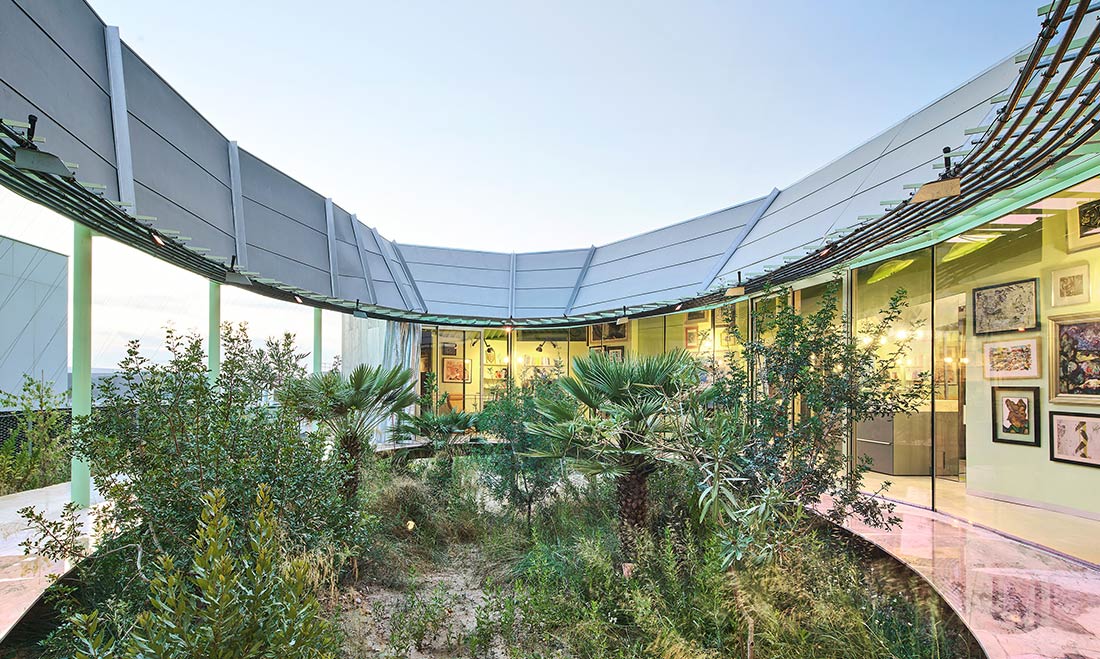 Following the reparation of the hydro-thermal conditions of the rambla, glimpses of its former more-than-human life have rapidly re-emerged after a one year period. Now, brachypodiums, myrtles, mastic trees, fan palms, oleanders, and fire trees grow in the elliptical section. Insects, birds, and lagomorphs find shelter in it. 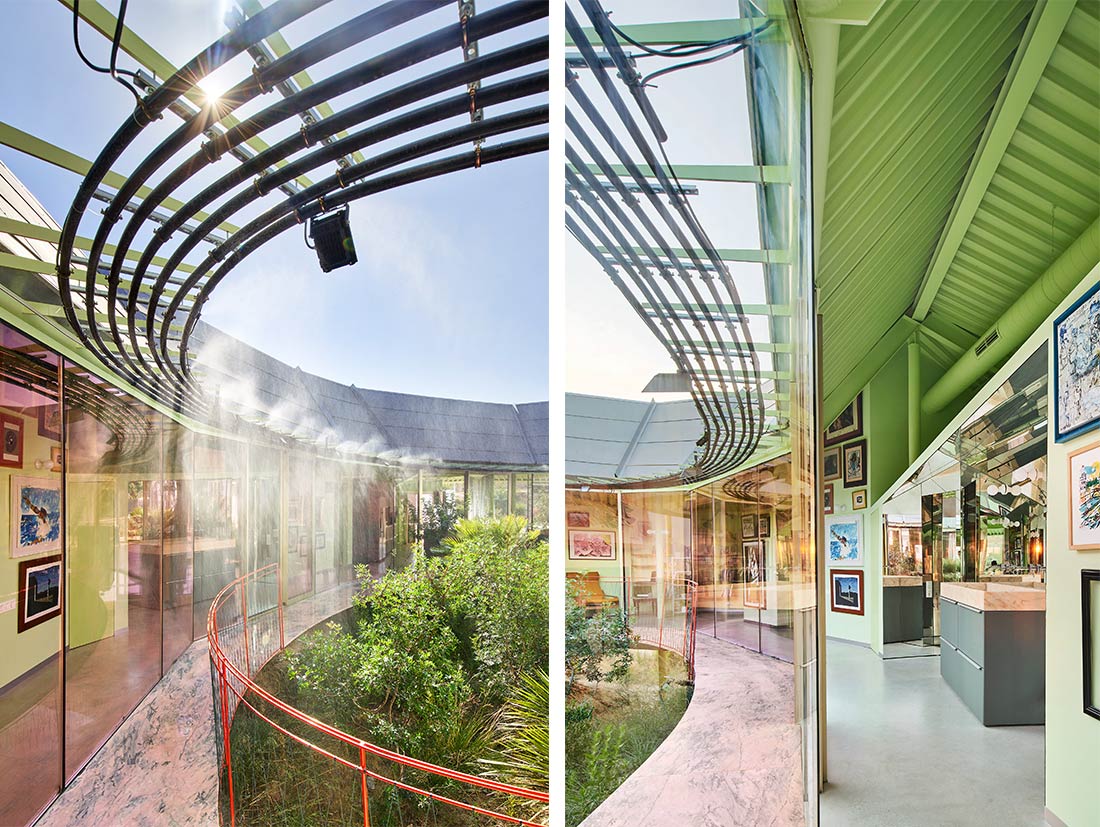 Thermally, the construction of the house tests unorthodox ways to maximize energy efficiency. A marble bench around the elliptical section allows residents to cool off by allowing direct contact to the house’s thermal inertia. A coil exposed to the sun, crowning the elliptic section, provides passive hot water during the entire year.

The Rambla Climate-House is the result of a collaboration between architects Andrés Jaque/Office for Political Innovation and Miguel Mesa del Castillo; the edaphologist María Martínez Mena; and the ecologists Paz Parrondo Celdrán and Rubén Vives. All are committed to contributing to the growing grassroots movement claiming climate reparation in Murcia. Since its completion, the house has became a demonstrative device. Gatherings with neighbors and members of the extended Molina de Segura community are organized to share insights and experiences on a collective effort to reground Molina de Segura’s urbanisms.