White geology planned for La Force de l’Art 02, the second triennial contemporary art exhibition at the Grand Palais, is an exploration of the reflection of a background and the power of a white surface to emit light and create optical reflection. The material used for the background serves simply to ensure a high degree of reflection, 80%, and diffract and diffuse the light. It is a white landscape, a white museum cube unfolded to provide a stand for the art works which are set like natural objects on and in front of it. Their shapes and colours stand out sharply against this neutral white background, which blurs the distinction between vertical and horizontal. It is a simplified, white geological form.

Our proposal is more than an architectural project. It is an impoverished geological process that is triggered by the forces in the art works themselves. Originally a white rectangle measuring 125 metres by 24 metres, it buckles, hollows and swells under the geological forces that come into play in the formation of a landscape: tectonic shifts, distortion, pressure and depression, folding. Here, the movements and distortion of the territory are caused by the abstract forces in the art works. At the start, each work is allocated the same space and volume. Depending on their actual size and distance from the viewer, they start pushing against one another just like shifting tectonic plates. Their weight and the amount of light they need will determine how far they distort the surface, burrow into it or inflate it, creating bulges or hollows.

It is therefore the opposite of exhibition design in the sense that it is not the work of art that fits into the architecture, but the architecture which yields to the demands of the work of art. The exhibits will work together to shape the landscape through the simultaneous play of pressure and checks and balances. A landscape that evolves, sinking and swelling, making shady spaces underneath away from the light of the Grand Palais and bright areas above exposed to the changing daylight that floods through the roof. Shallow, objective and devoid of mystery, White Geology has a reflection level that is similar to snow, 80%, where all shadows and architectural ornament are obliterated.

Architecture does not construct images and functions. Instead it creates environments and interpretations. It works in emptiness, on air and light, on the phenomena of reflection, effusion and reverberation, like so many mild and fluctuating meteorological conditions, which are becoming the new paradigms for contemporary architecture. It is shifting from metric design to thermal design, from structural thinking to climate-oriented thinking, from narrative thought processes to meteorological thought processes. 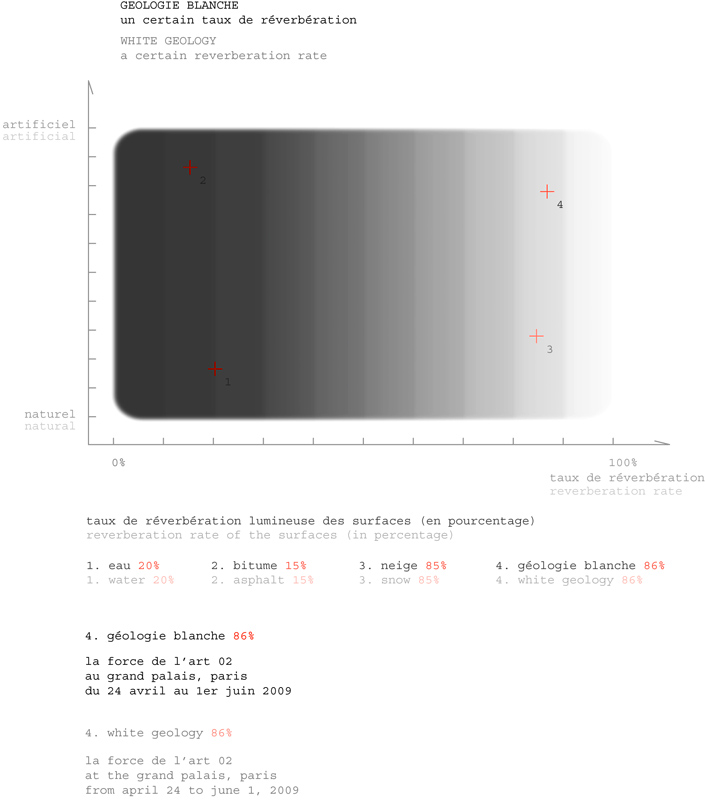 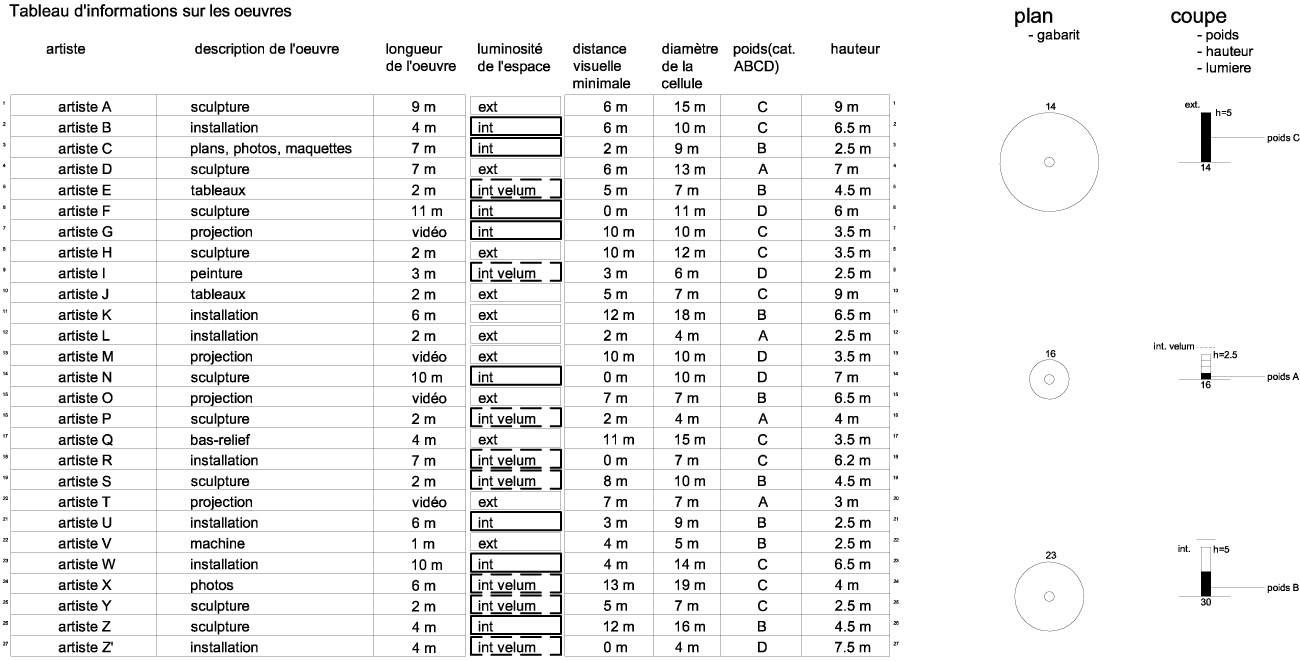 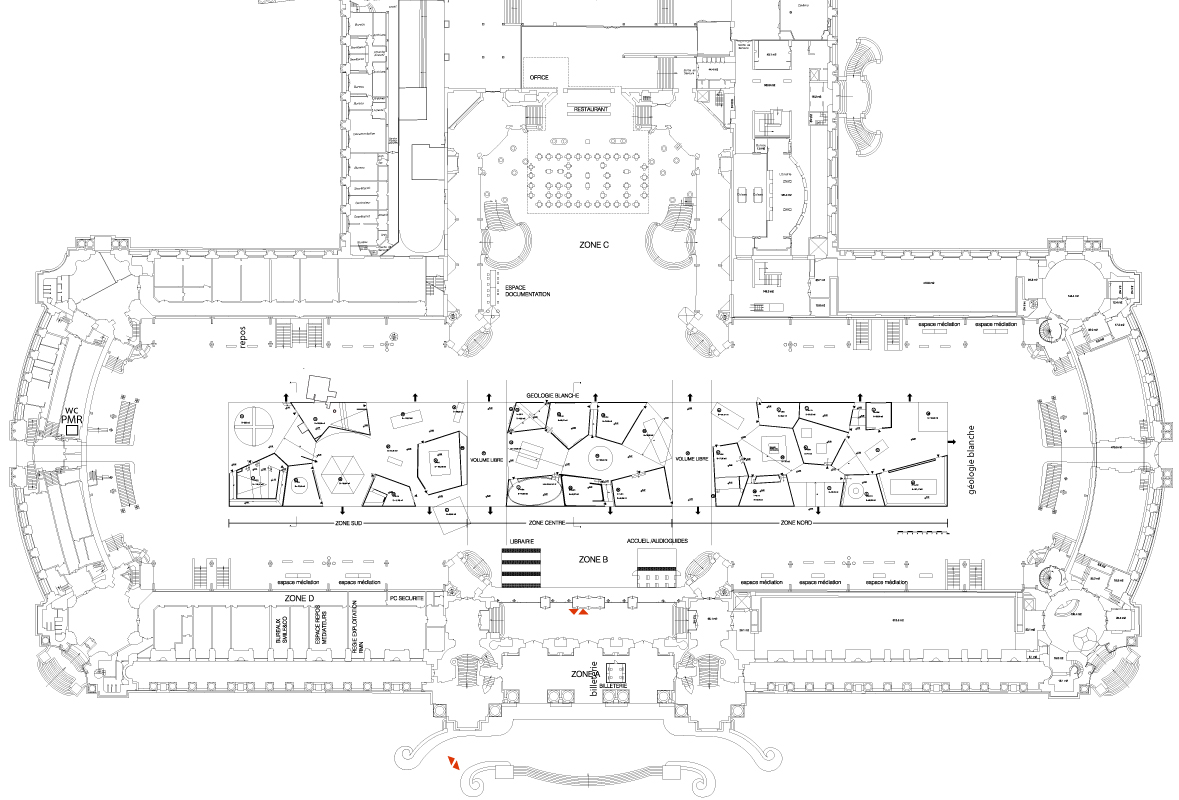 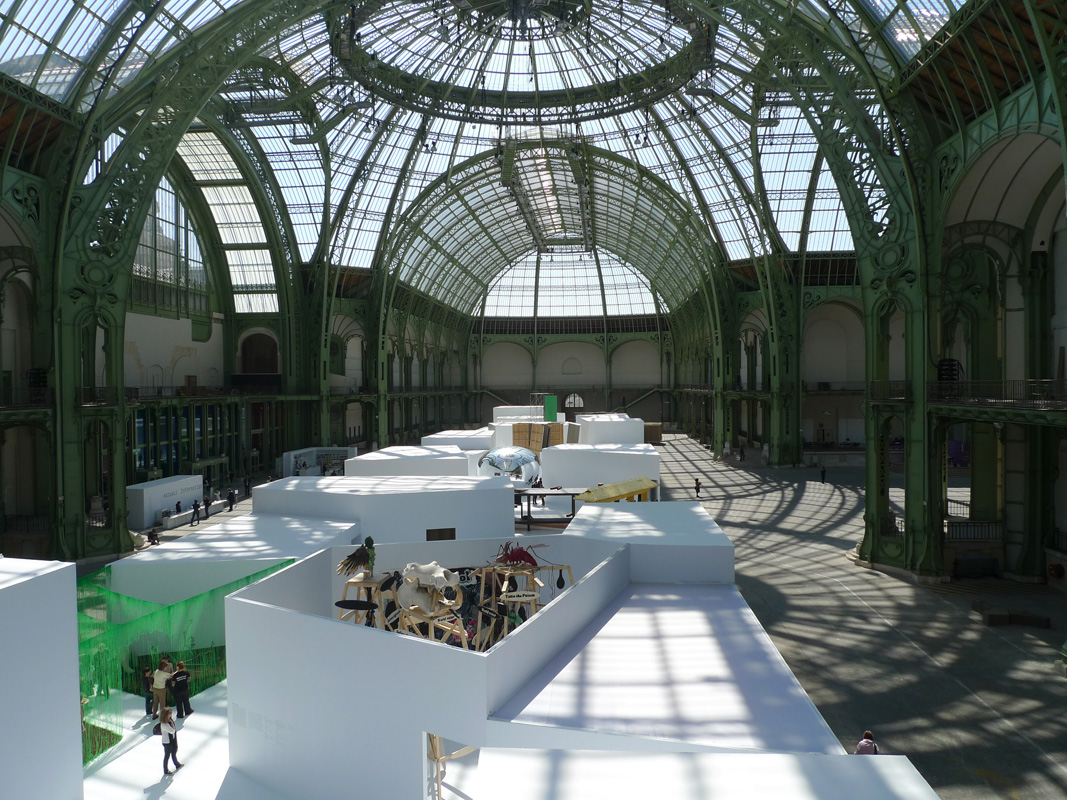