The design of this building is based on the route of vapor throughout the house. Indeed, the new double-flux system of air renewal ventilation of the building (one of the most efficient ecological solution today for decrease the energy consumed in the building) requires a precise one-way route of the course of the air in the house.

The air renewal starts in the driest part of the house and finishes in the most humid part of the house, because we don’t want to bring back humidity in the dry area of the house. There is a slow stream of air, running in the entire building, exhausting the humidity in the air in one way, starting from the dry area (the bedroom) and becoming always more wet in the route though the house to the wet area (the bathroom). This route of this air is determined by the use of the space and the vapor produced by the body in relation with the physical activity performed there.

One man produces 40 grams of vapor during one hour when he is sleeping, 150 grams of vapor when he is awake, 1500 grams when he cooks, 2400 grams of vapor when he takes a shower. The aim of this project is to compose the plan of the apartment on the cartography of the indoor humidity in order to create a more sensual relationship to the space. This spatial solution will reintroduce a diversity of climatic zones in the modern apartment, because it will be drier in one area or more humid in another. Instead of just answering with a technical solution to the problem of the humidity in the air, we want to transform this problem in a poetic way into a sensual landscape. The apartment will become closer to a natural landscape, with a sort of variation of latitudes of relative humidity. The apartment becomes an interior geography, stretched between a miniature desert and an indoor tropical jungle, between a dry area at 30% of relative humidity and a wet region at 90% of relative humidity where the inhabitants could freely wander. 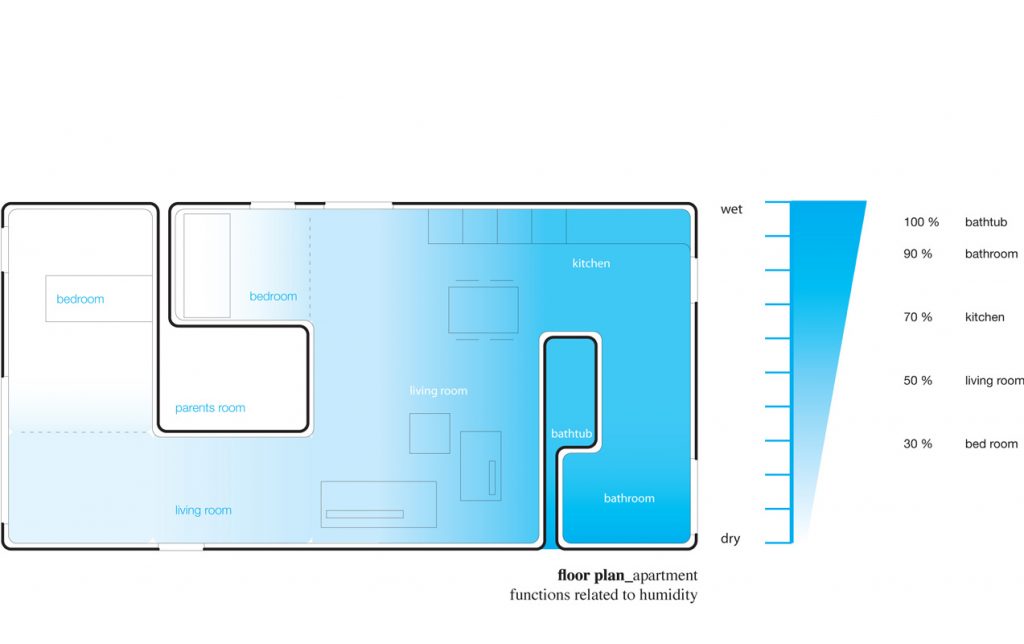 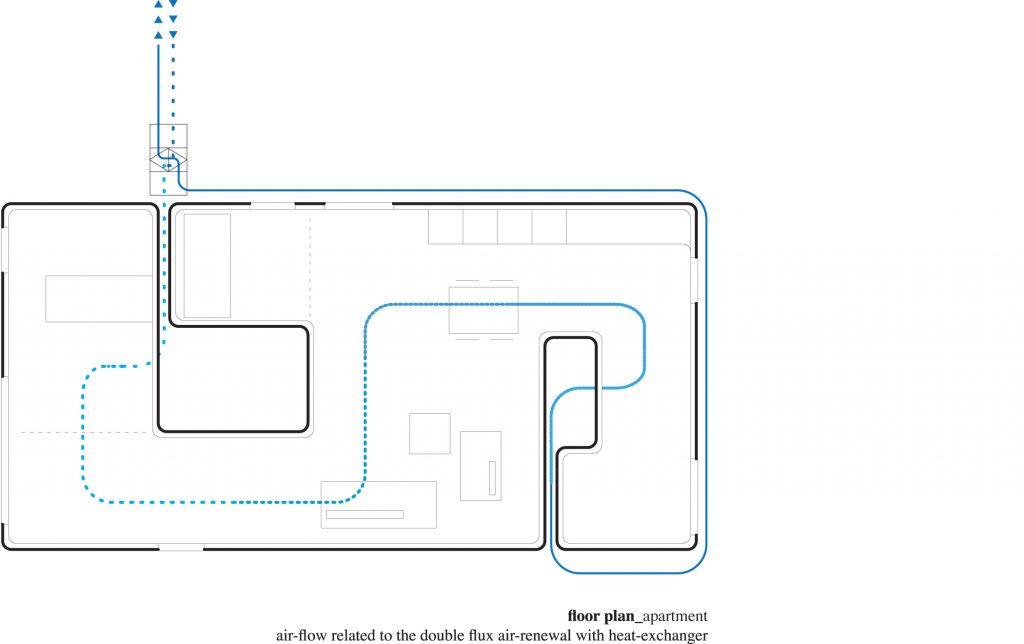 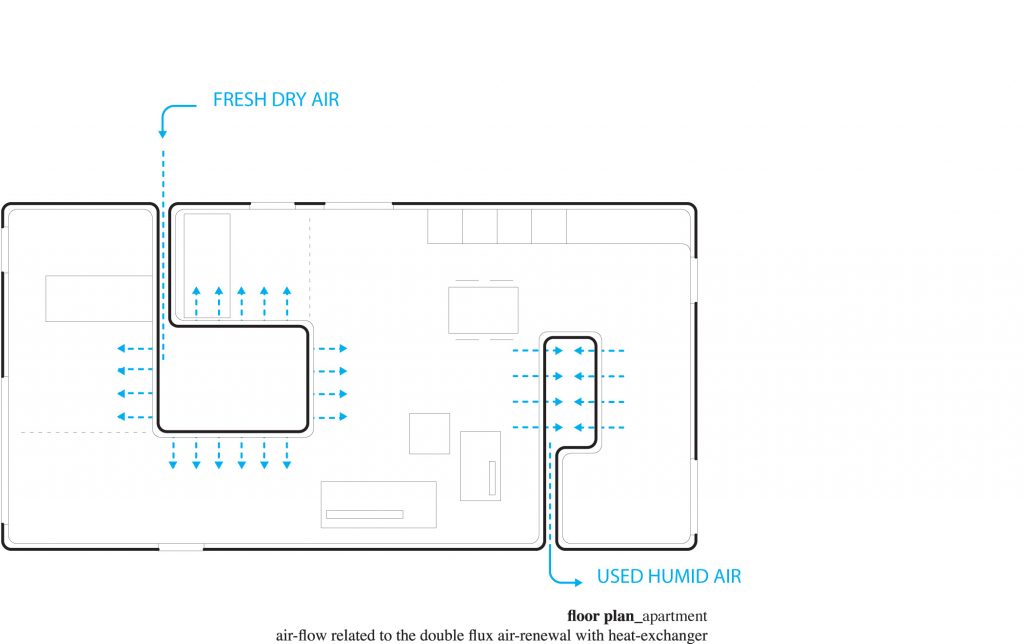 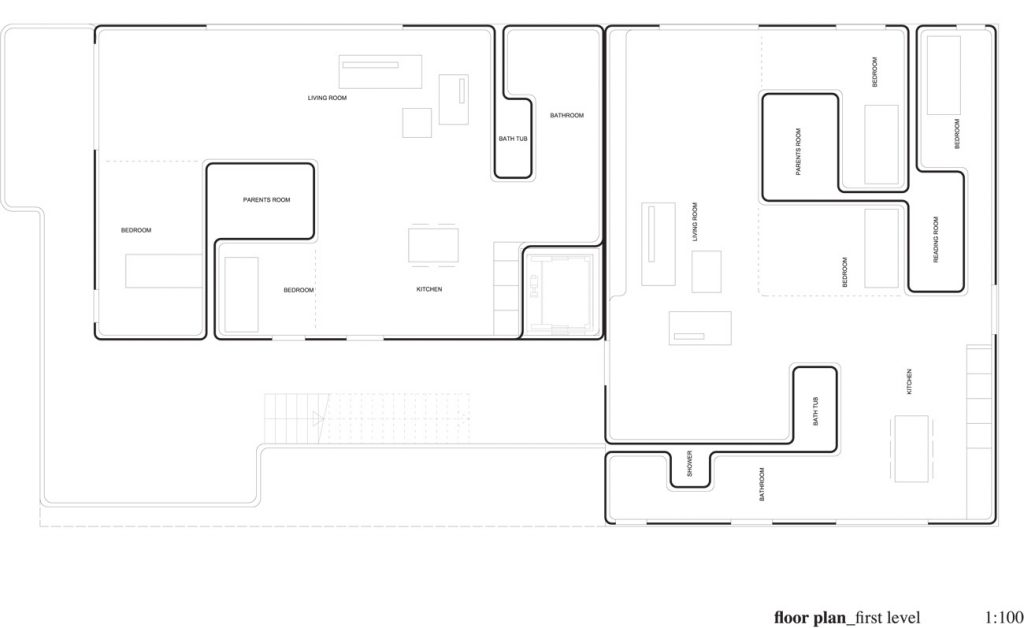 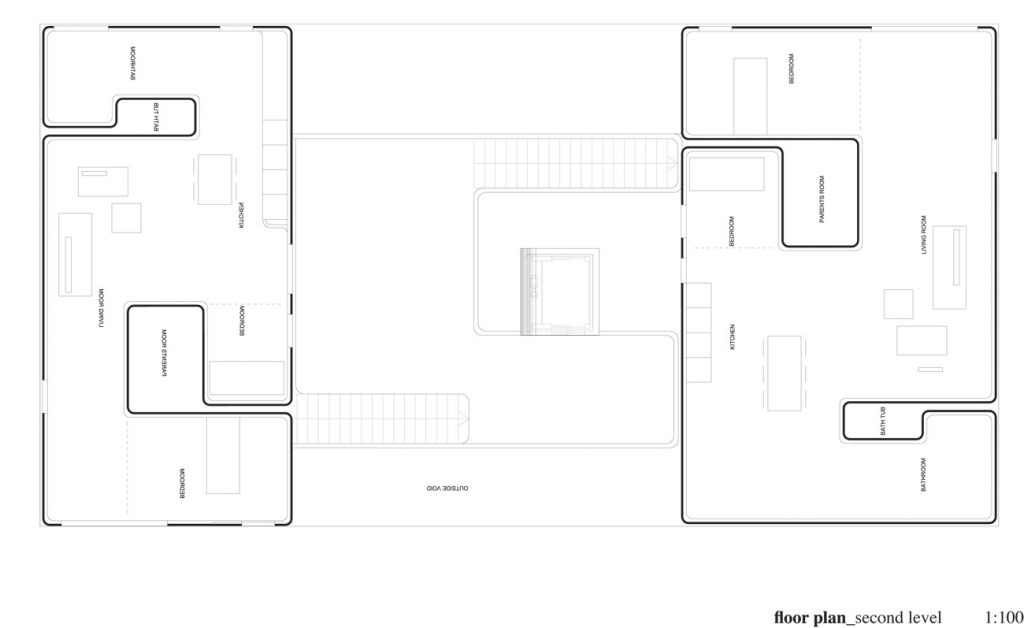 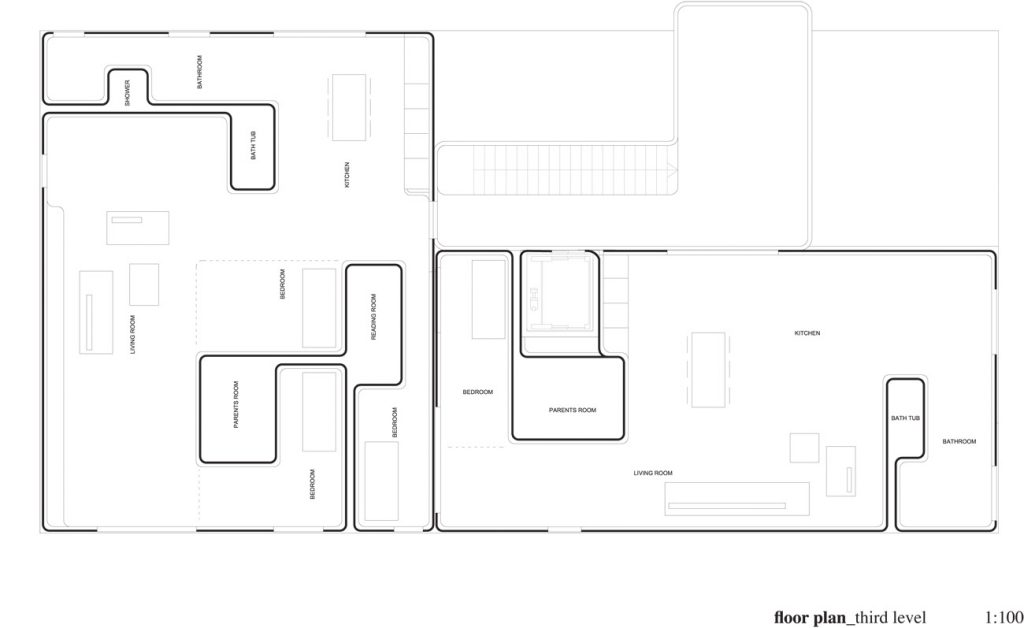