In the past twenty years, the lighting industry has begun to address the composition of the artificial electromagnetic light spectrum and the wavelengths emitted.

There are three reasons today for this interest into the composition of the electromagnetic spectrum of the light: one reason is health and biology, the second reason is a quest of energy saving and against global warming. The third reason is an intrinsic reason link to the technical development of artificial lighting: the physical characteristic of electroluminescent lighting (LED) to compose light by additive synthesis of electromagnetic rays, by an addition of monochromatic wavelengths, because each semiconductors of each LED emits a single wavelength.

Our project proposes to design the spectra of the light of the indoor life, only by adding the necessary and vital wavelengths, for economical reasons. We proceed according to a technique similar to the Impressionist Claude Monet and Georges Seurat’s pointillism by adding particular and separate wavelengths, which, by addition and convergence reproduce a nearby white light, but without the wavelengths not perceived by human, animal and plant physiology. The precise composition of the wavelengths of our light will be at the discretion of the user who may choose at its own discretion the spectral composition he wishes for his home, based on use, according to his pleasure. First of all  we propose to assemble the specific and biologically active wavelengths for the humans during the day: 437nm, 533nm, 564nm according to the 3 photoreceptors cones around the blue, green and yellow, plus the wavelength at 460 nm for blocking melatonin.

But from a specifically human universe, we generously open it to the other inhabitants of the house, pets, dogs and birds, green plants, for which we list the perceived wavelengths, for seeing, growing, photosynthesis. Everyone can freely assemble them in the lamp to compose his own spectral like an interior sun, economical and healthy. 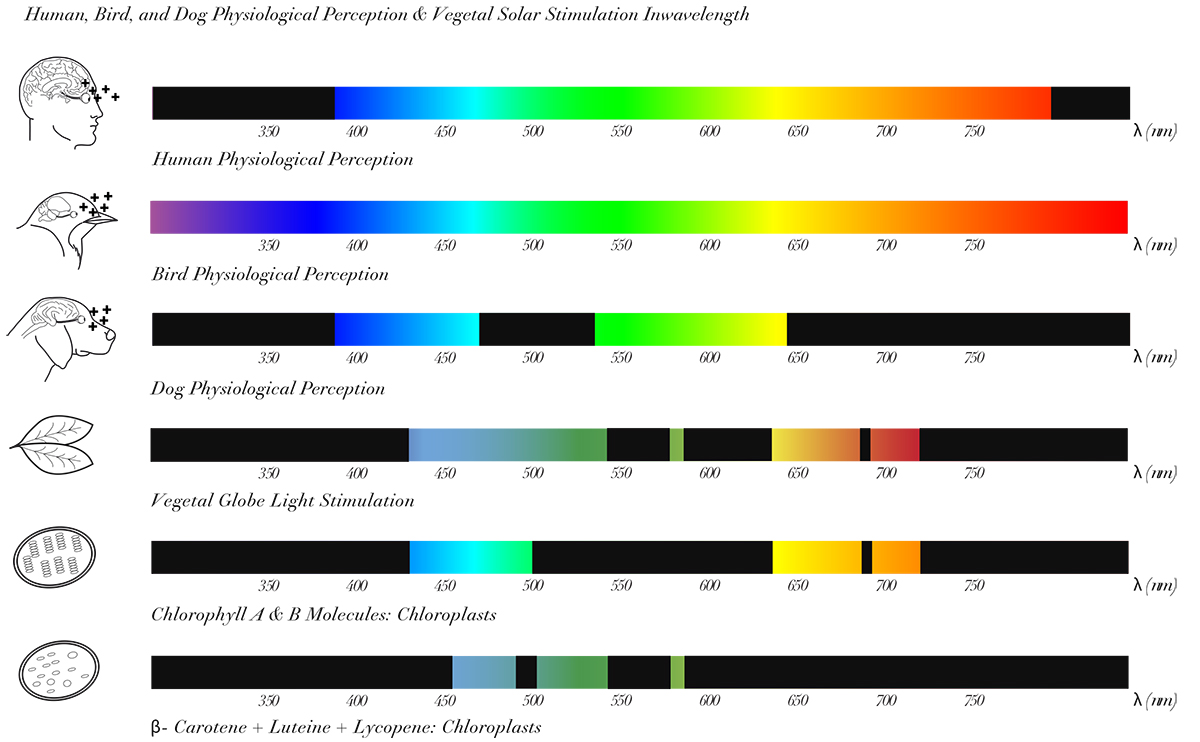 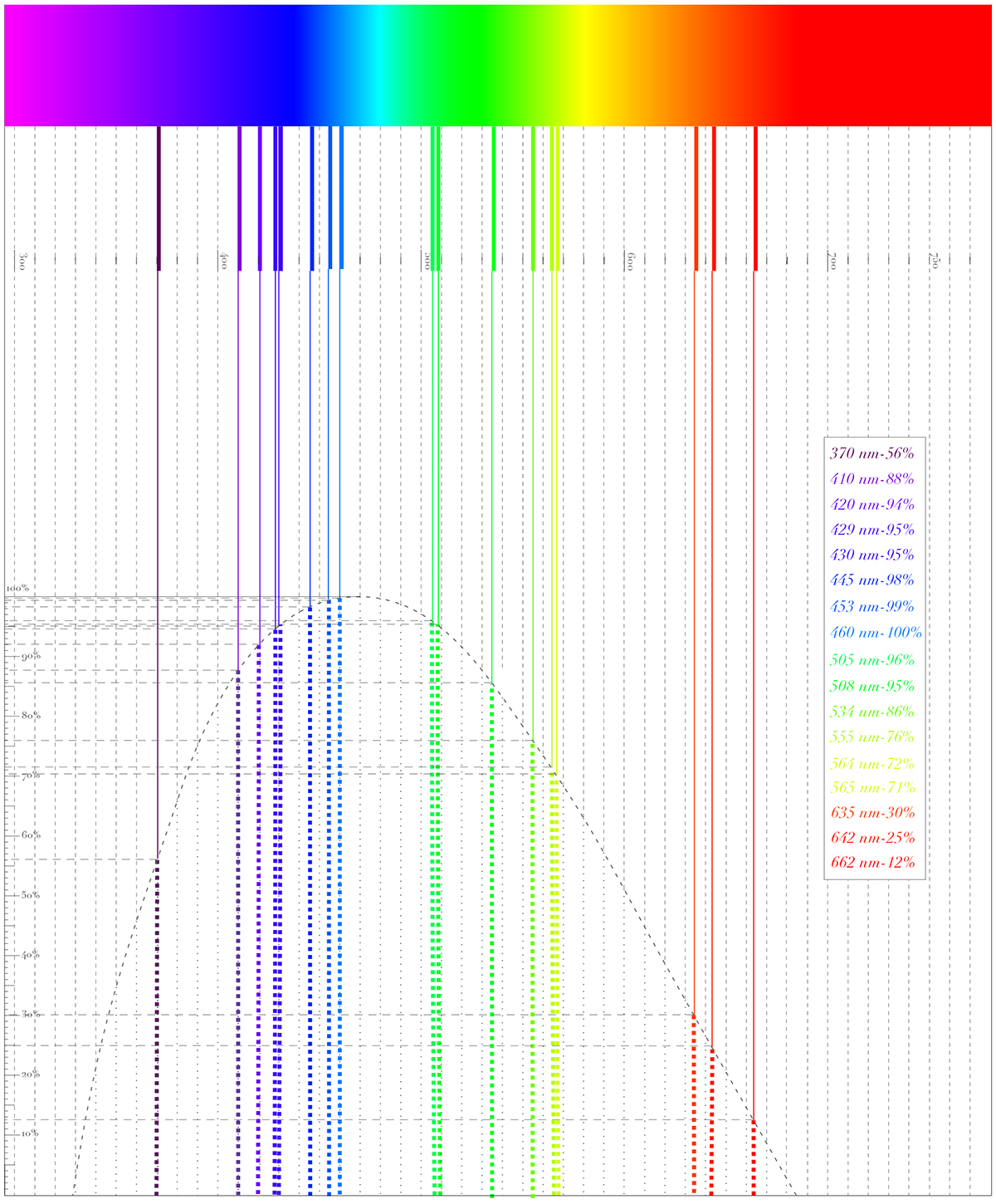 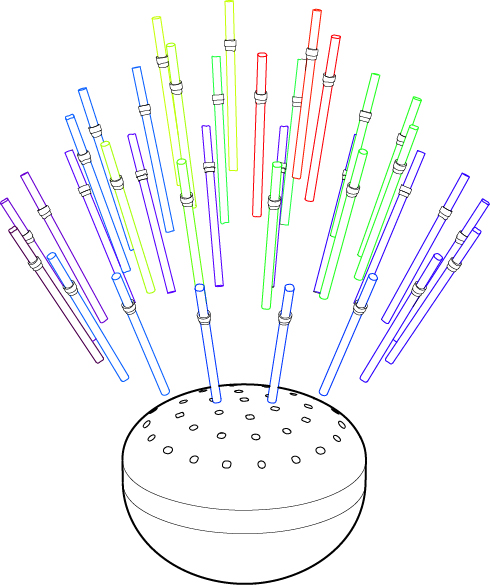 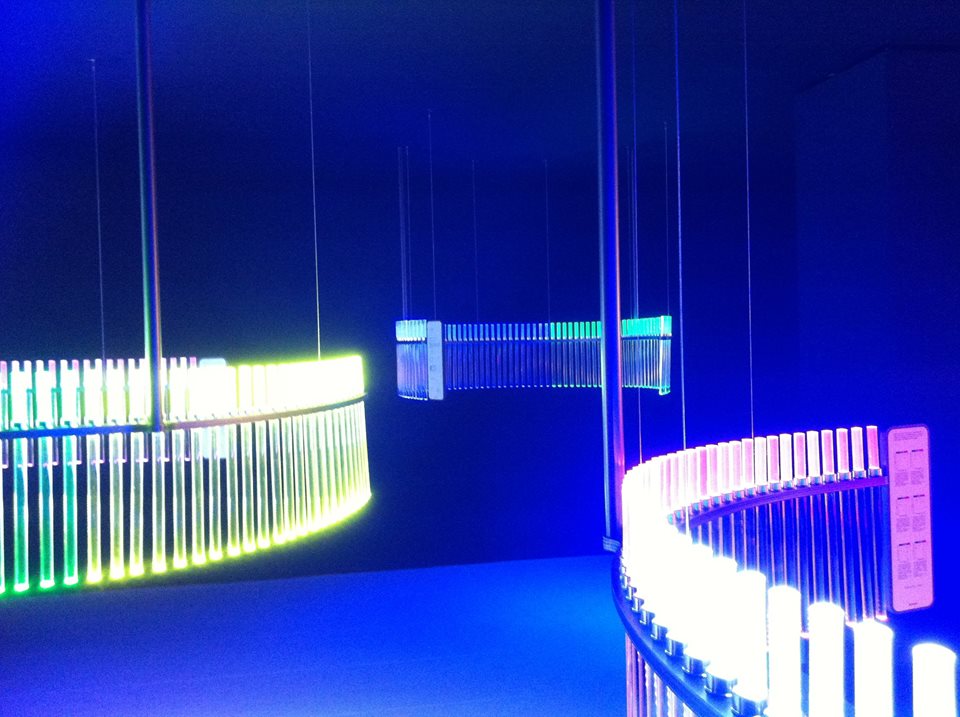 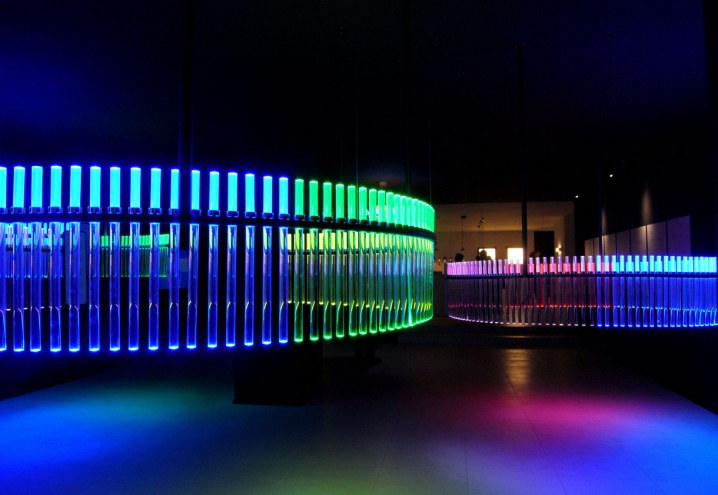