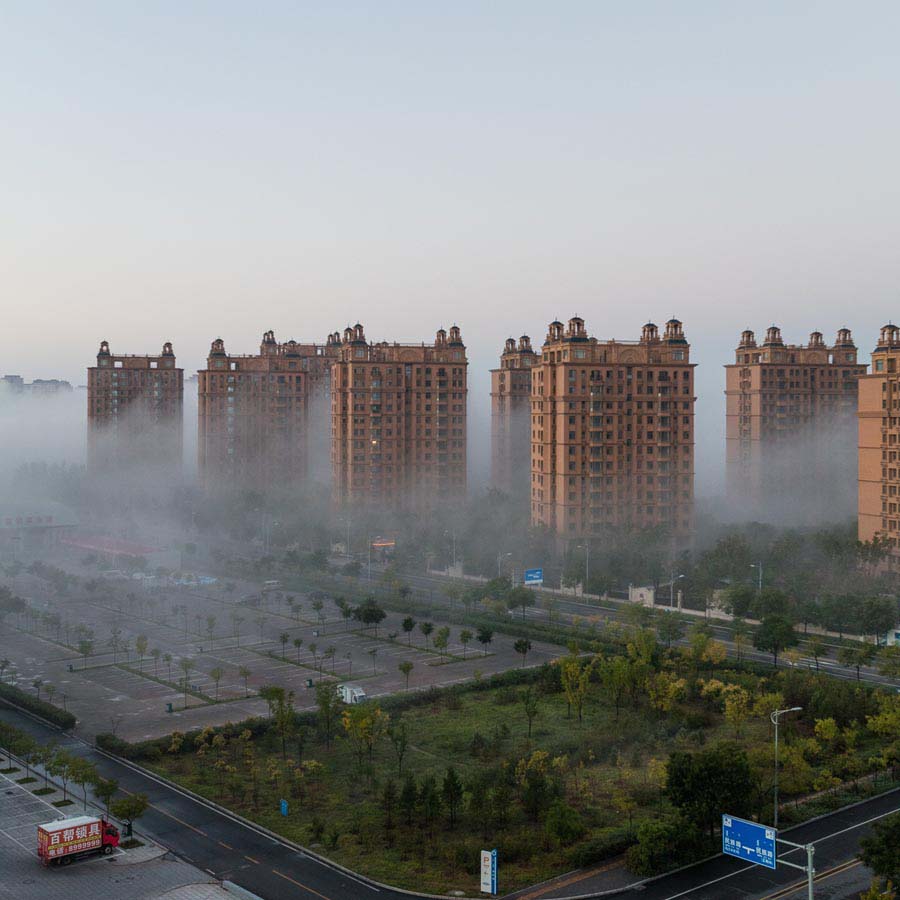 Kangbashi is probably not the rebirth of the phoenix as the city defines itself in the propaganda brochures that dwell in its hotel rooms, but it’s not either the ghost city by which al-Jazeera and other foreign media try to undermine the credibility of the new global super-power China has become.

As Texas in the United States, the region of Ordos is rich in natural resources except for water. If it’s main city, Dongsheng, was to expand by providing urban opportunities to poor rural farmers, it had to be in a new place where water supply would be easier to secure. The new district of Kangbashi was planned between three water reservoirs, with a central business district following a layout that is in no way less impressive than the monumentality of socialist soviet cities. Although horses have disappeared from Ordos’ landscape, or at least from its streets, they remain an important aspect of the local culture, and statues representing horses galloping, fighting, etc. pullulate the city. Even the motorsport Ordos International Circuit follows in plan the shape of a horse at full gallop.
Nonetheless, the new residential neighborhoods that spread like oil drops in the landscape are not being filled with inhabitants at the speed of a racing Mongolian horse. Without coming to a full stop, many newly arrived citizens have to cope with living in neighborhoods with few neighbors, and the lack of services, transportation or commerce that comes along. Some entrepreneurs and households might have lost enormous amounts of money, but given the population pyramid of China, these developments will find their inhabitants sooner than later. Morning mist doesn’t last forever. 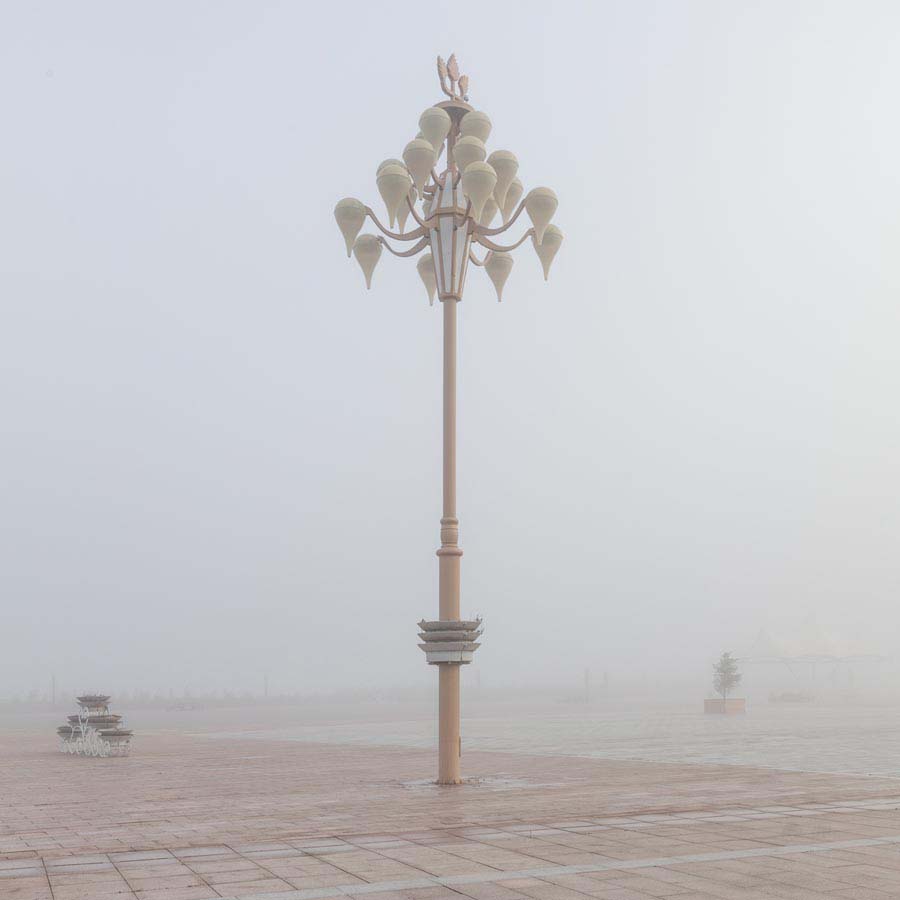 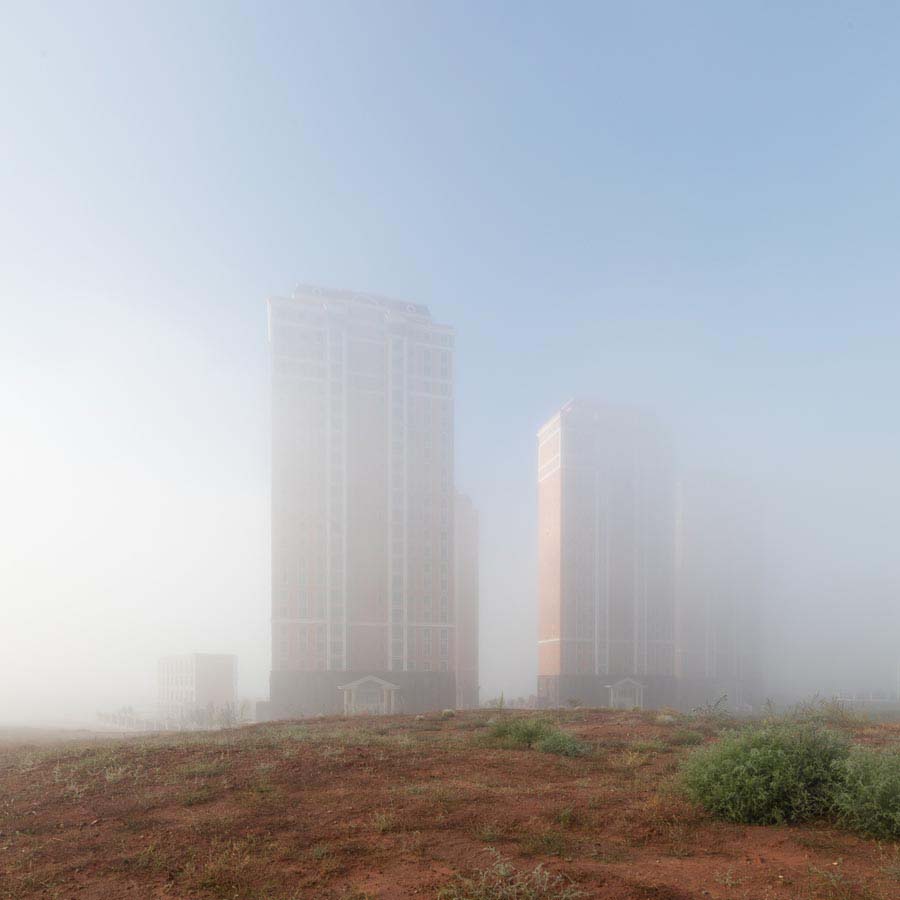 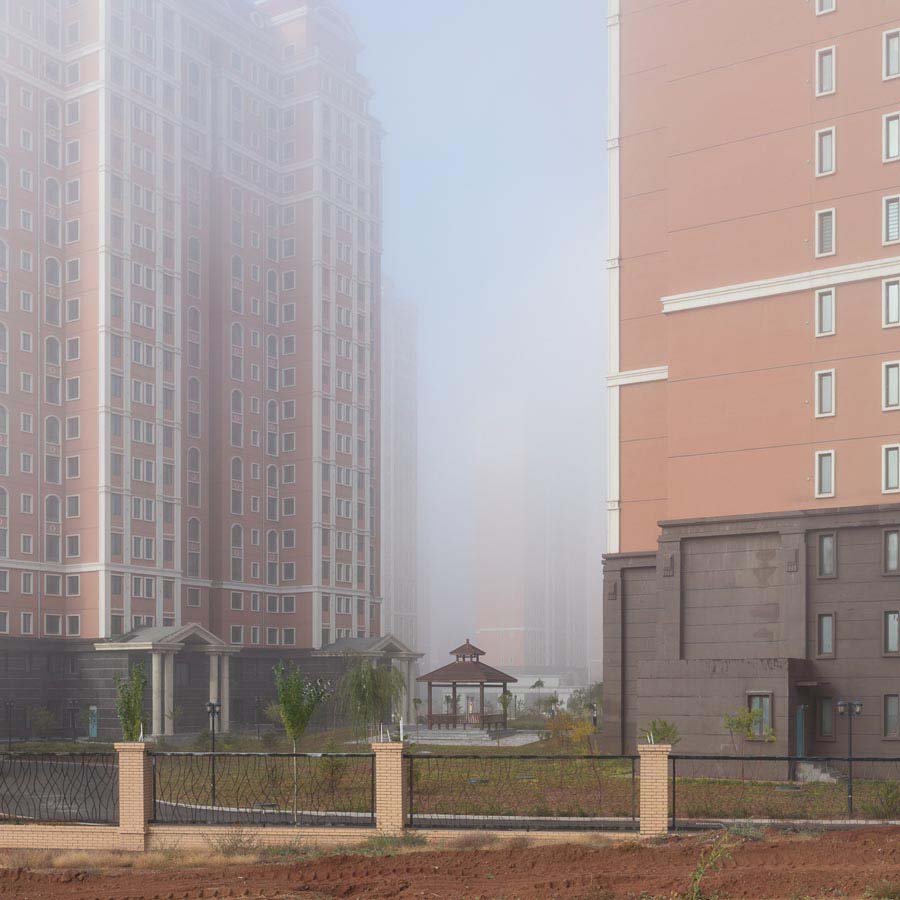 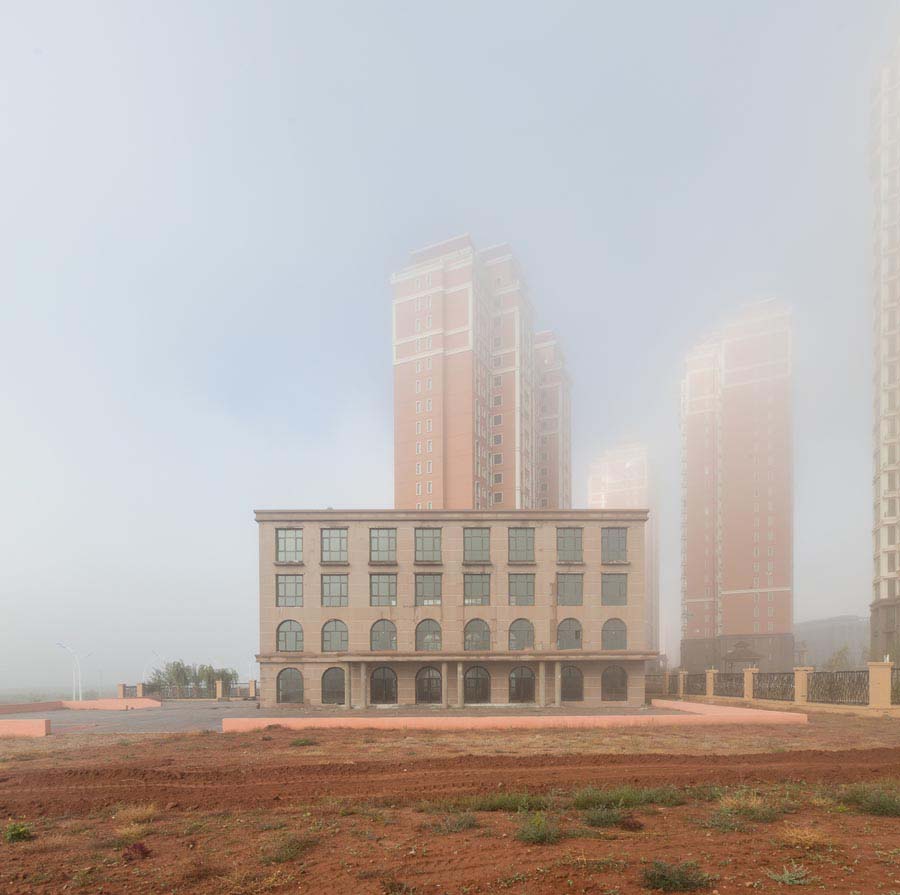 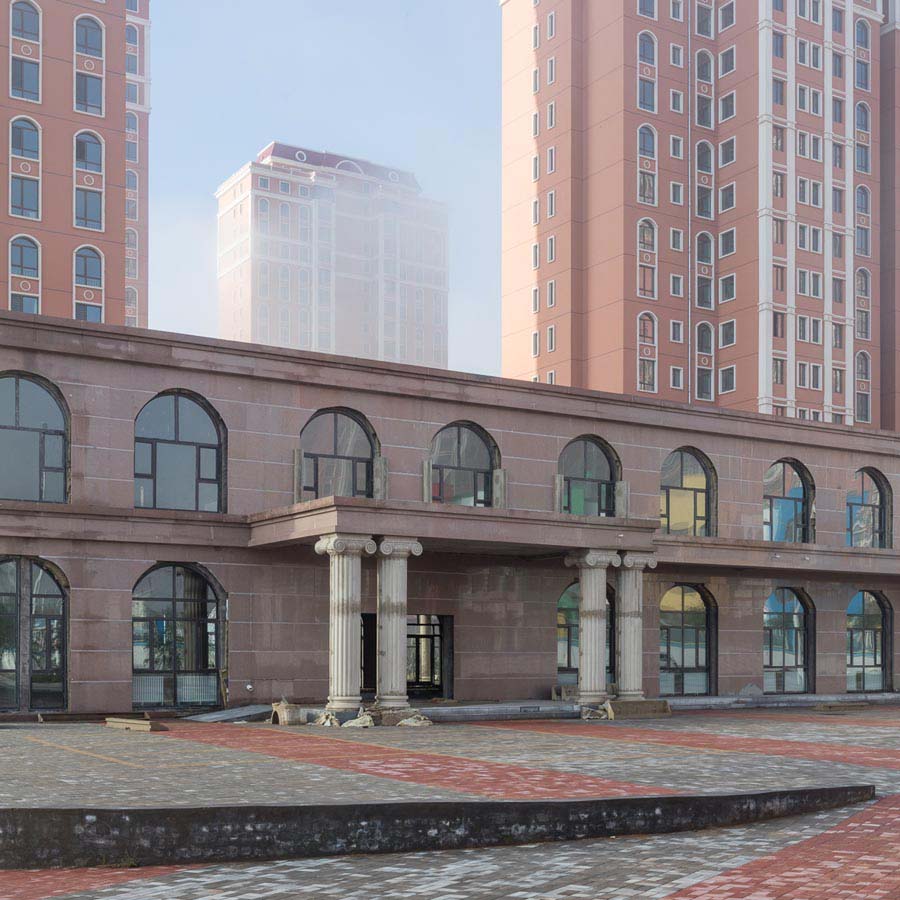 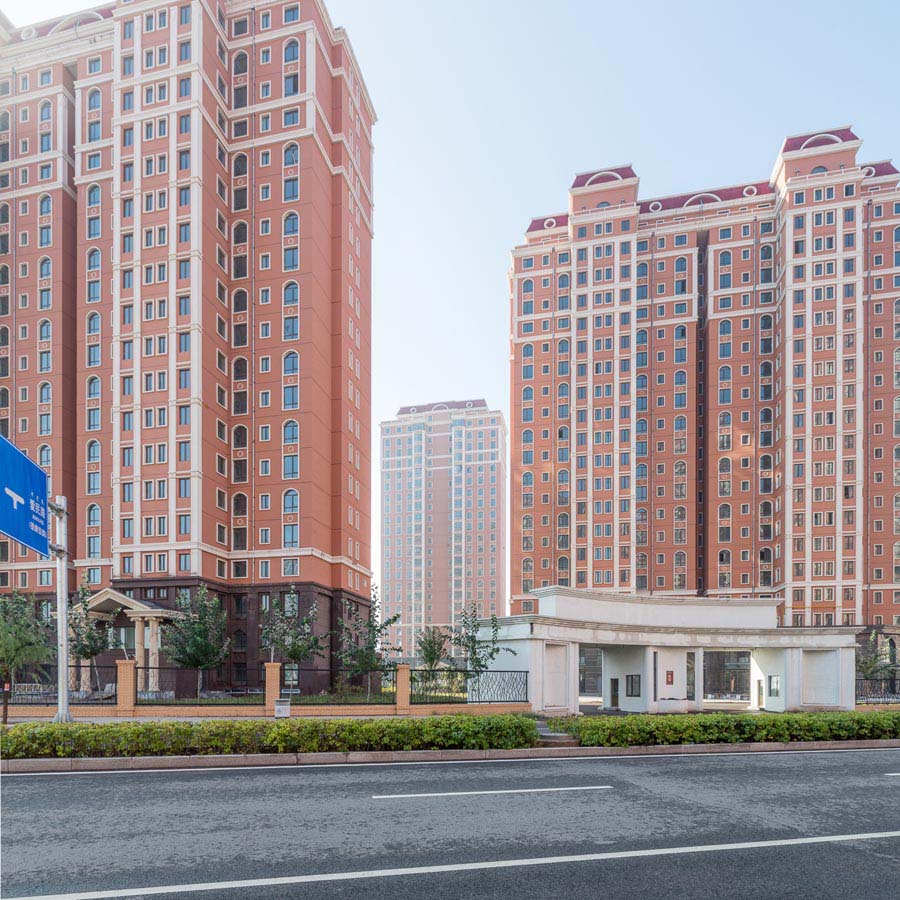 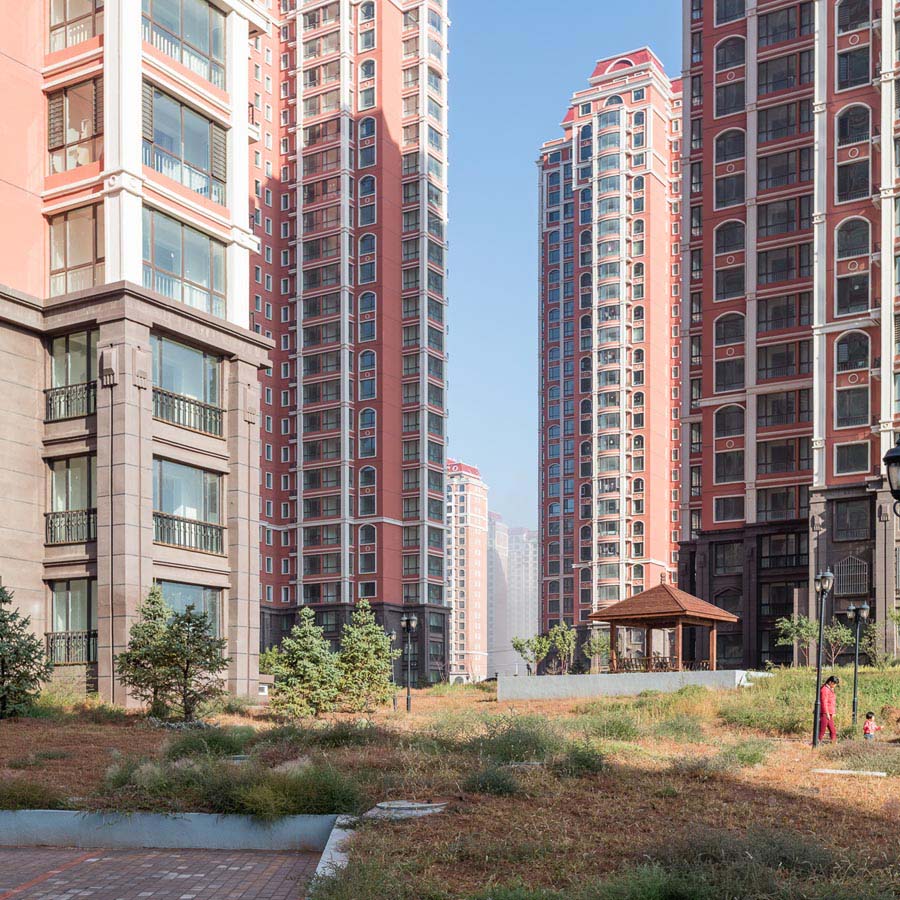 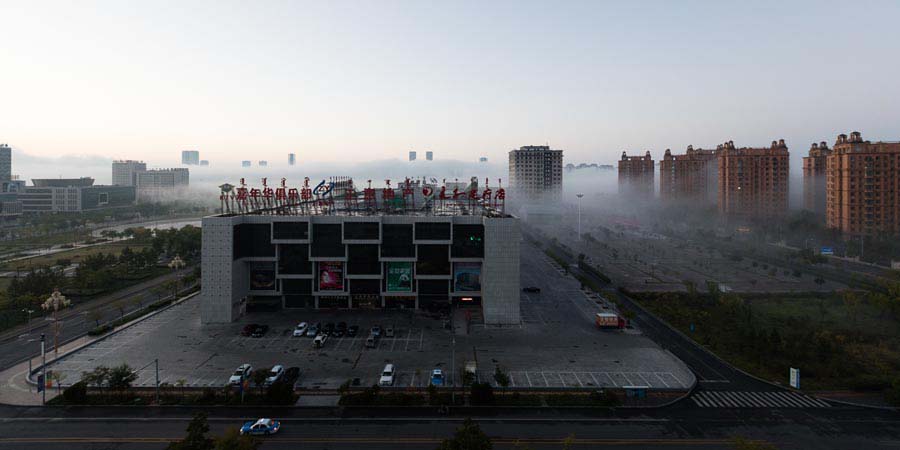 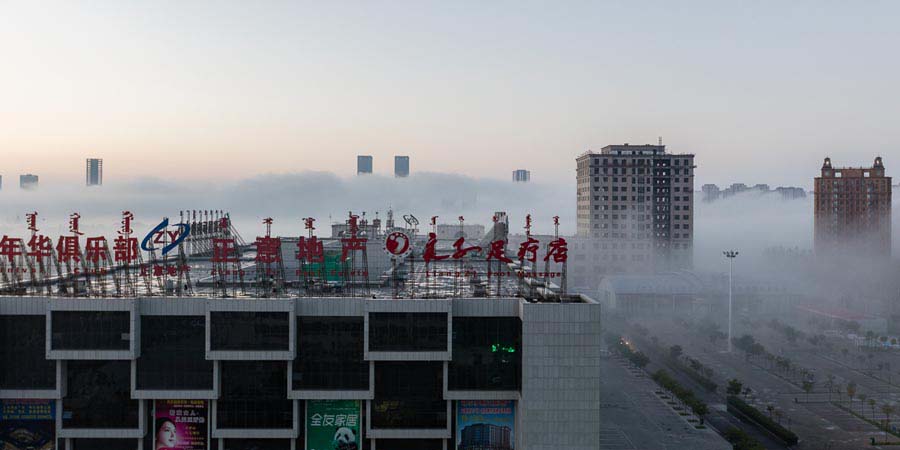 « Four Arguments for the Elimination of Architecture
Auckland Waterfront »